Four rounds of voting amongst 16 teams are behind us, and a champion has been decided in our inaugural THR Chicago Brewery Bracket Challenge. The final round pitted South Side Beverly brewpub, (4) Horse Thief Hollow, against North Side brewpub-turned-behemoth, (1) Revolution Brewing.

The championship round tallied 7,062 final votes, amounting to a grand tournament vote total of 27,537. We witnessed several ‘upsets’ and surprises (stalwarts Goose Island and Lagunitas go down in Round 1?), and in the end, plenty of South Side pride. In short, Beverly came out en masse to proclaim support for their beloved brewpub, and frankly, surprise many Chicago beer drinkers–ourselves included. We’d be lying if we said we saw this coming, but we’re happy to give credit where credit is due, and these folks make some fine, fine brews. The numbers (and awards hardware) don’t lie…

The 2016 Chicago Brewery Bracket Champion is: 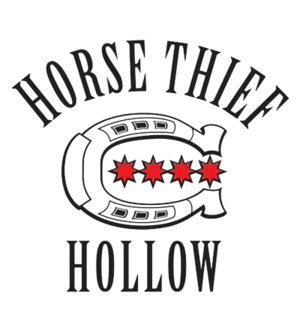 Congrats to HTH on taking down four opponents to claim the Championship!

ROUND 1
57% over Lagunitas Brewing

ROUND 2
62% over Pipeworks BREWING

ROUND 3
83% over Off Color Brewing

ROUND 4
90% over Revolution Brewing 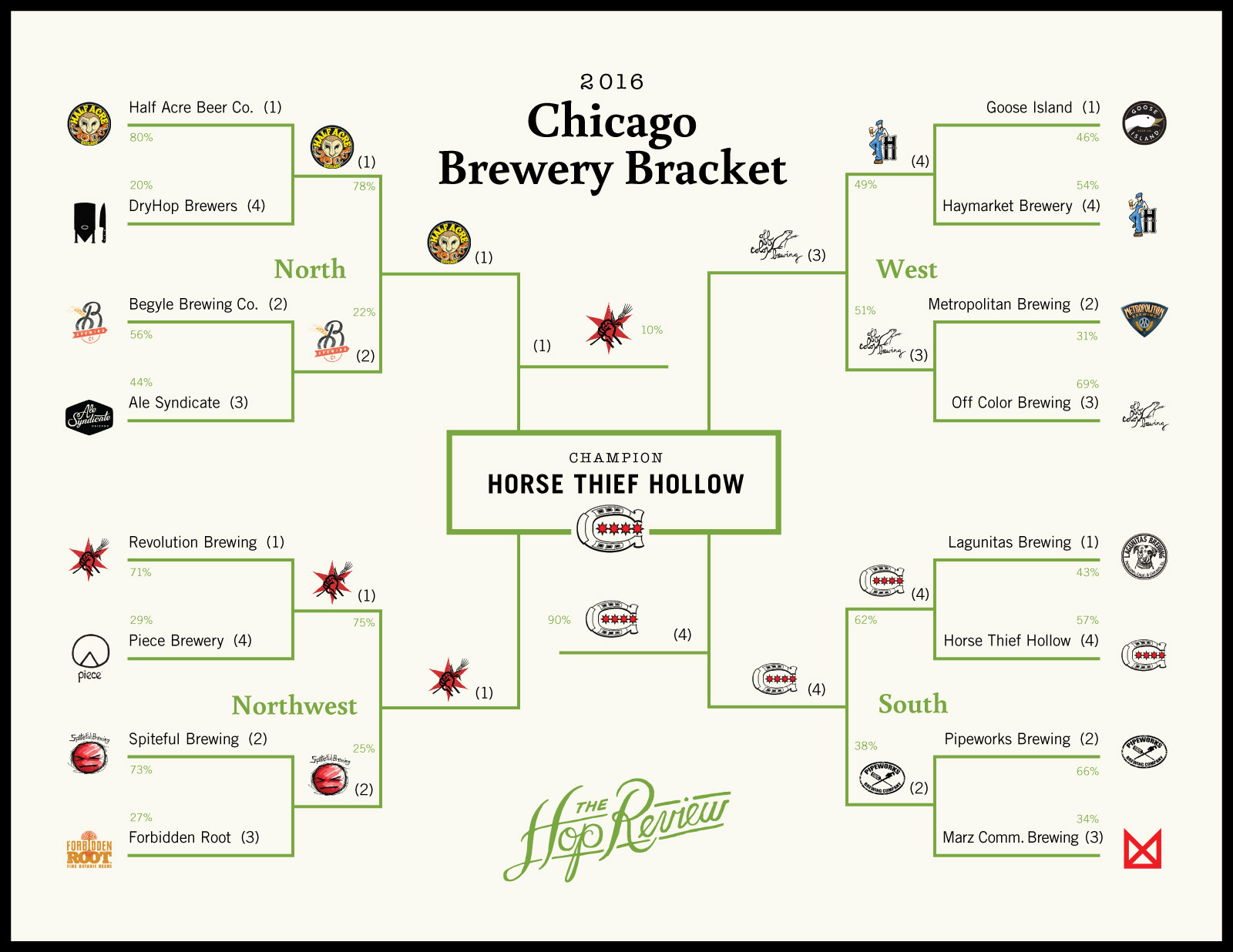 Congrats again to the South Side’s Horse Thief Hollow, for claiming the inaugural Hop Review Chicago Brewery Bracket Challenge! All the more reason to drop by Beverly for some pints.