10 Beers from Kveik Fest Worth Your Attention 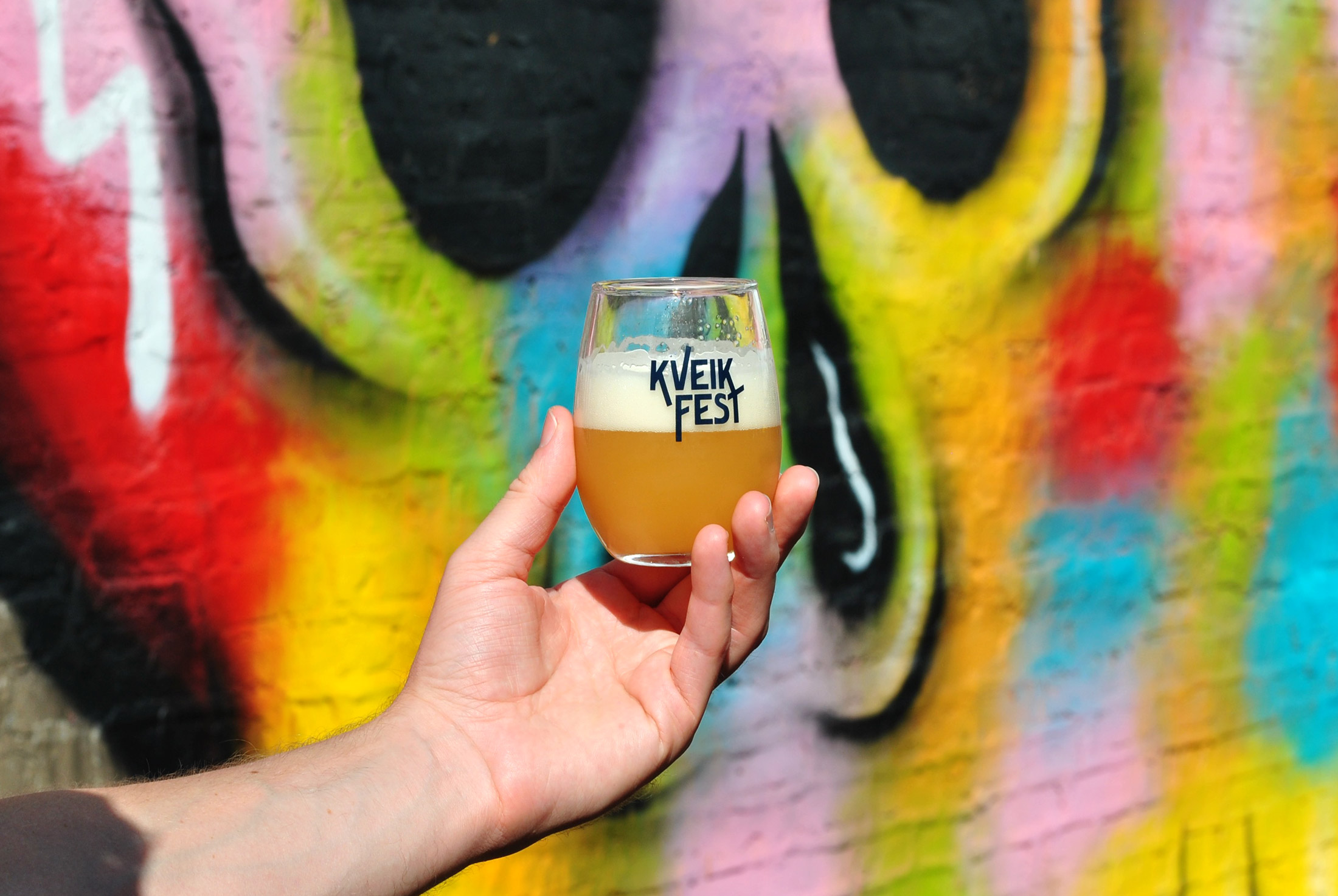 There are beer festivals centered around hazy beers, big stouts, sours and other styles, but rarely (or…ever?) is there a festival around a strand of yeast. Burnt City Brewing teamed up with Omega Yeast Labs to showcase the Kveik strain of yeast to show just how versatile the Norwegian heritage mainstay is.

30 breweries were on hand at District Brew Yards (the collective home of Burnt City, Around the Bend and Bold Dog) in Chicago, to pour more than 60 beers, all utilizing the Kveik yeast. Everything from hazy IPAs to stouts to barleywines were on hand at the festival.

Mike Zoller and Mathew Powers were there from PorchDrinking.com as was Jack Muldowney from The Hop Review. Together, we teamed up to recap some of our favorite beers from the afternoon; listed below in alphabetical order.

Strawberry is such a fun addition to many beer styles, because the fruit does a great job of not dominating the palate, and instead of giving off the ‘essence’ of the fruit in a manner akin to LaCroix. This dry-hopped sour ale from California’s praised sour-makers is just light and tart enough to remain refreshing, and satisfy drinkers who ‘aren’t typically sour beer drinkers’, as attested by several folks who were with us at the fest. Considering that this beer is the result of a hoppy IPA that spent some time in oak barrels alongside the fruit, it’s no surprise you end up with such a layered, well balanced tart-meets-slightly-bitter refreshment. (Jack Muldowney, The Hop Review)

This barleywine aged for nine months in rye barrels was not only the best beer I had at the festival, but when I compile my top beers of 2019, Proximal will also be in consideration. I didn’t expect that a barleywine would be my favorite, but everything about this beer just worked. The flavors of molasses, vanilla and toffee were so well done but nothing overpowered the other. While the barrel was present, this wasn’t a hot mess and at 13%, it very well could have been. On a day where it was very warm in the sun, I had three pours of this big barleywine and I easily could have had more. Dan Schedler, founder of Around the Bend Beer Co., said this could be the best beer they’ve ever made–and I would agree with that sentiment. It sounds like this beer might make its way to cans eventually. If it does, get it. (Mike Zoller, Porch Drinking)

We kicked off the fest with this spritzy lil’ guy. The low-ABV grisette from the host brewery was light and effervescent with some notable Meyer lemon all across the palate. Imagine Crystal Light, in refreshing beer form; just a light, prickly, citrus-forward drinker. (Jack Muldowney, The Hop Review)

When I first saw this beer, I rolled my eyes. The can notes describe the beer as a Tartshake IPA–and I didn’t know if that meant it would be sour, contain too much lactose or some combination of both that simply wouldn’t work. Instead, I was impressed with the complex flavor of the beer; the tartness wasn’t too much. The word “shake” in the title threw me off as I didn’t get any lactose in this beer and I’m not even sure there is any. I wish I had taken better notes on this beer because there were some herbs that the pourer told me about that just made this beer pop. There was so much going on but it all worked together. The lesson for me is, “Don’t judge a book by its cover.” (Mike Zoller, Porch Drinking)

Hacienda Beer Co. There is No Other Way

Hacienda Beer Co. is an experimental brewing project from the owners of Door County Brewing Co., so it makes sense that using Kveik yeast would be right up their alley. In truth, There Is No Other Way could almost be described as fine mixology given the process of transforming complex components into a sophisticated beverage. And, like any elevated beer or cocktail, it’s ultimately the taste that matters and this beer hit it out of the park. (Consensus Pick: The Hop Review & Porch Drinking)

There are two barleywines in my top picks, and I love that. This double-barrel barleywine from Marz spent a month in a foeder before being transferred to bourbon barrels for five months. It has strong vanilla notes and the bourbon barrels come through nicely. Some could find this beer just a tad too sweet, but I think that the barrel cuts the sweetness well and makes this a very delicious beer. At 10.5% it’s not as potent as the Around the Bend’s Proximal Barleywine, but it’s still very easy to drink at that high of an ABV. (Mike Zoller, Porch Drinking)

Metro’s Roggenbier (German for rye beer) resembles the brewery’s popular Arc Welder Dunkel Rye, but a little fruitier, which I imagine comes from the use of the Kveik yeast. Whatever the chemistry, this dark Roggenbier hit on an array of notes—fruits, spice, plenty of malt goodness—and went down super easy on a warm, sunny day. (Matthew Powers, Porch Drinking)

The five-brewery Miscellanea Collection can best be understood by reading Dave Bleitner’s blog at Medium.com: “The Miscellanea Collection.” Or, one can view the video. In fact, I implore readers to do both. But, if process doesn’t excite you, the result certainly will. The beer enjoys a veritable bouquet of naturally sweet flavors (no dessert quality here) best described by Off Color as including such flavor characteristics as over-ripe apricots, cotton candy, grapes and “explosive notes of Mandarin orange and tepaché.” It also offers a bit of funk, and both beer and wine aficionados will appreciate its dryness and slightly tannic aftertaste. Delicious. (Matthew Powers, Porch Drinking)

Wow, where to begin here? On the nose, this one gives the scent reminiscent of incense (is that…sandalwood?). This was by far the most interesting beer we tasted at the event. The soon-to-be brewery out of Humboldt Park managed to pack a ton of flavor into this ale. A ‘West Estonian style raw farmhouse ale with Sugar Creek Nordic style malt’, it was brewed with juniper branches, myrica gale, and Stranda Kveik yeast. It was unabashedly smoky, with a slight melon finish to clean the palate. It was surprisingly smooth, despite its higher ABV and even slight medicinal mouthfeel. (Jack Muldowney, The Hop Review)

Penrose has been a wild, barrel and funky-friendly brewery for quite some time now (and you can have that proven to you at its wonderful Celebration of Funk festival on September 28). The Penrose Kveik beer has a bit of everything for every beer fan: It’s part IPA, part wheat beer, part Brett Saison/Farmhouse. But, like a big bowl of chili or stew, each component comes together and the results are a little funky, a little fruity, a little sweet, a little earthy, ultra-refreshing and tasty!  (Matthew Powers, Porch Drinking) 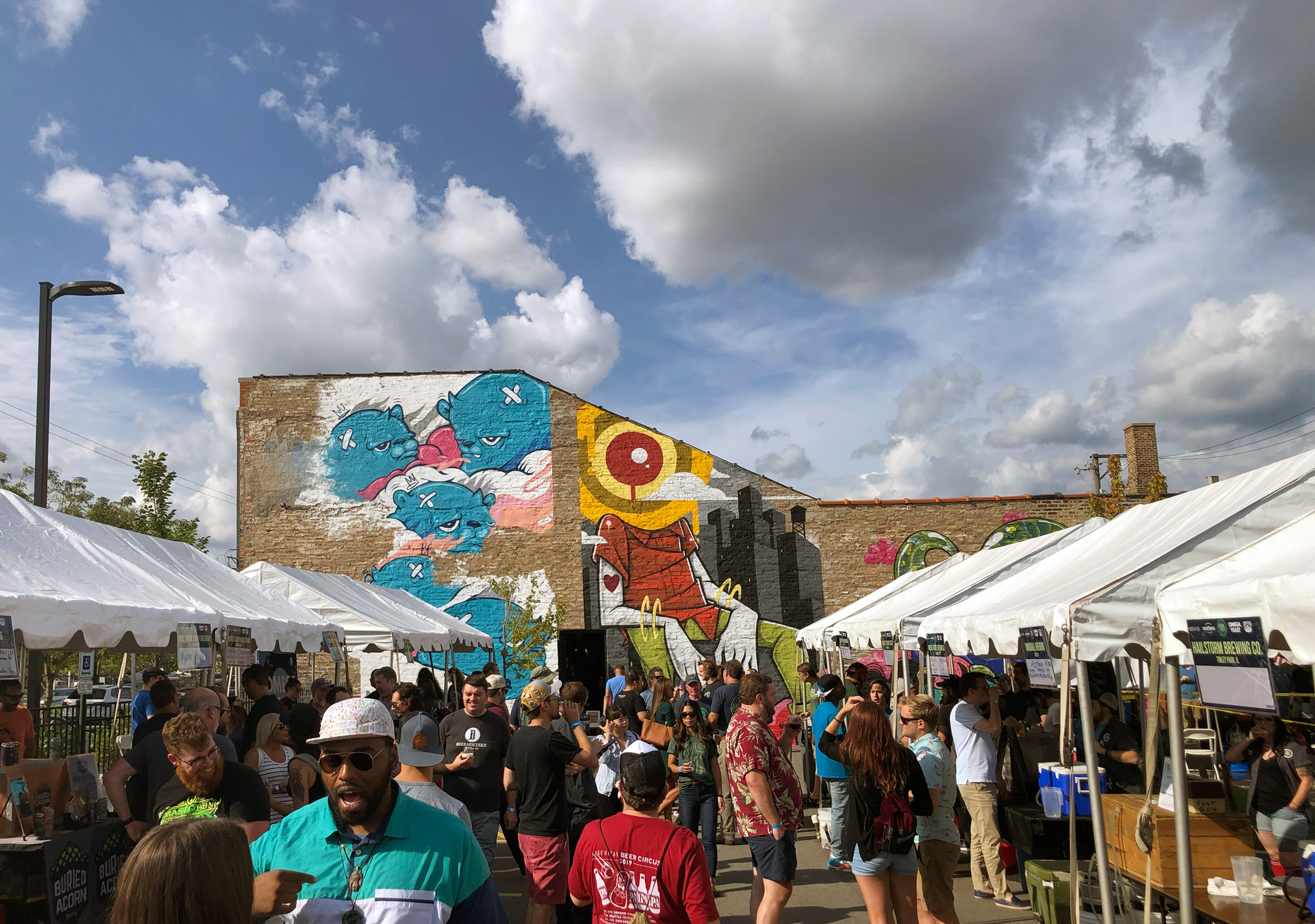 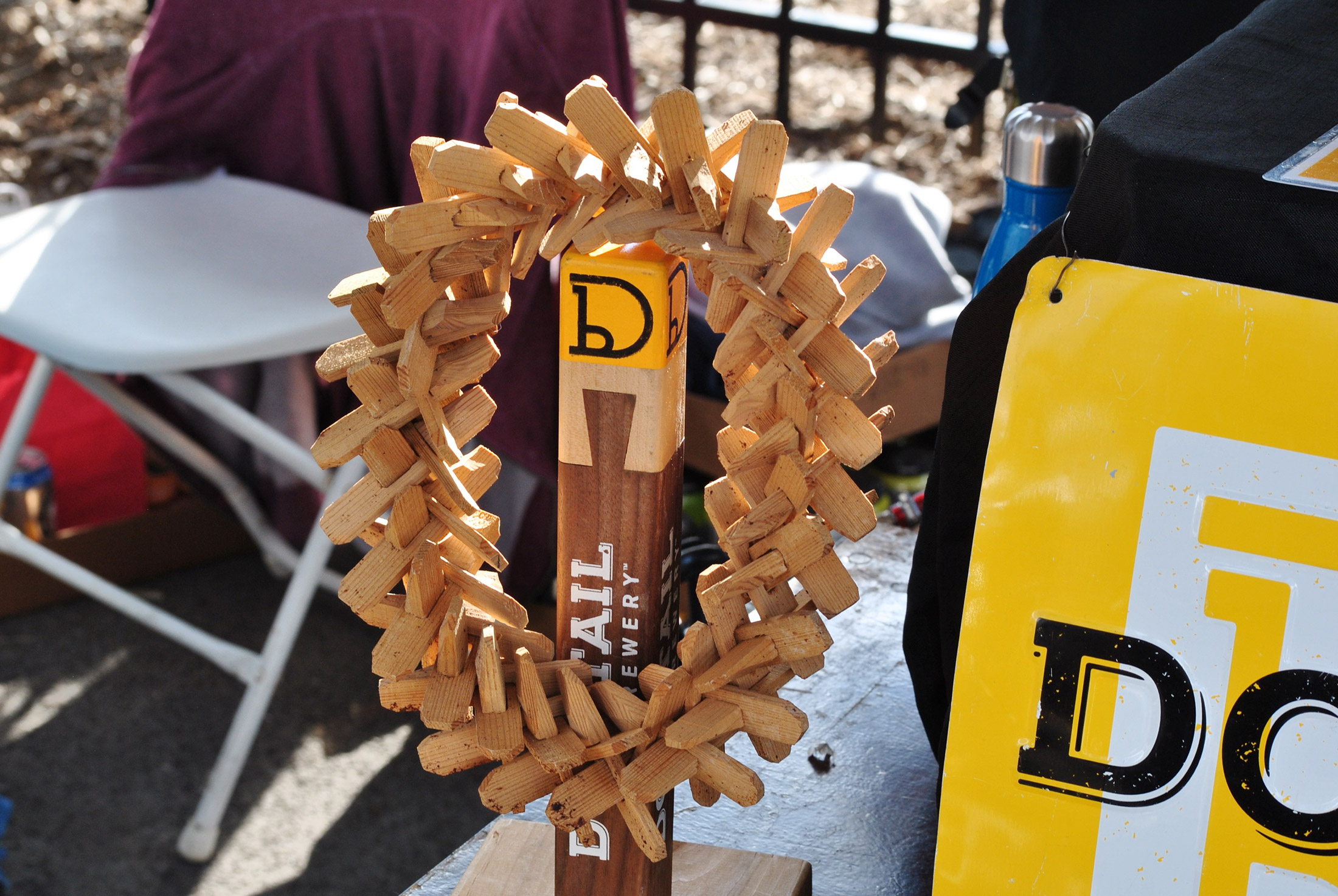 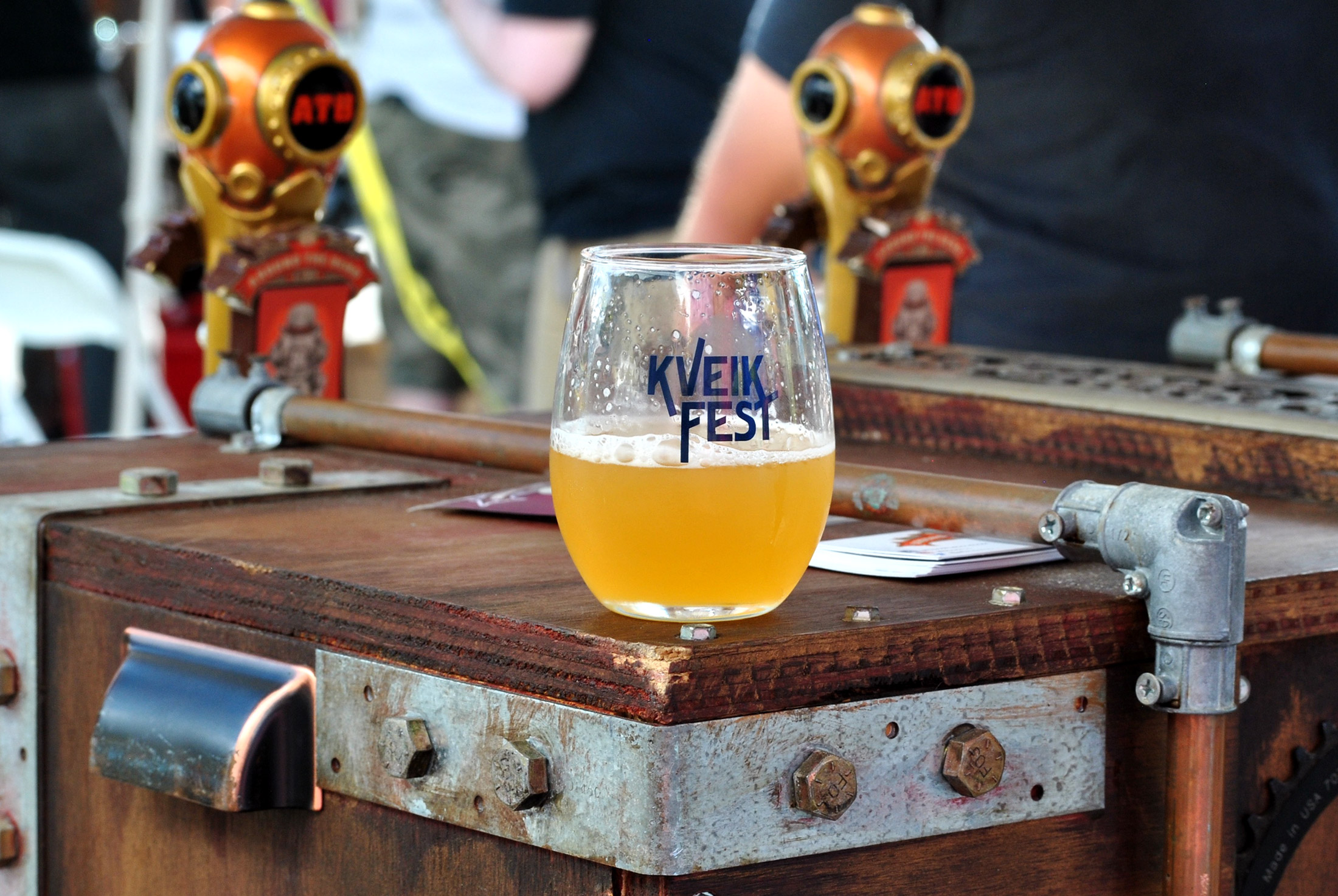 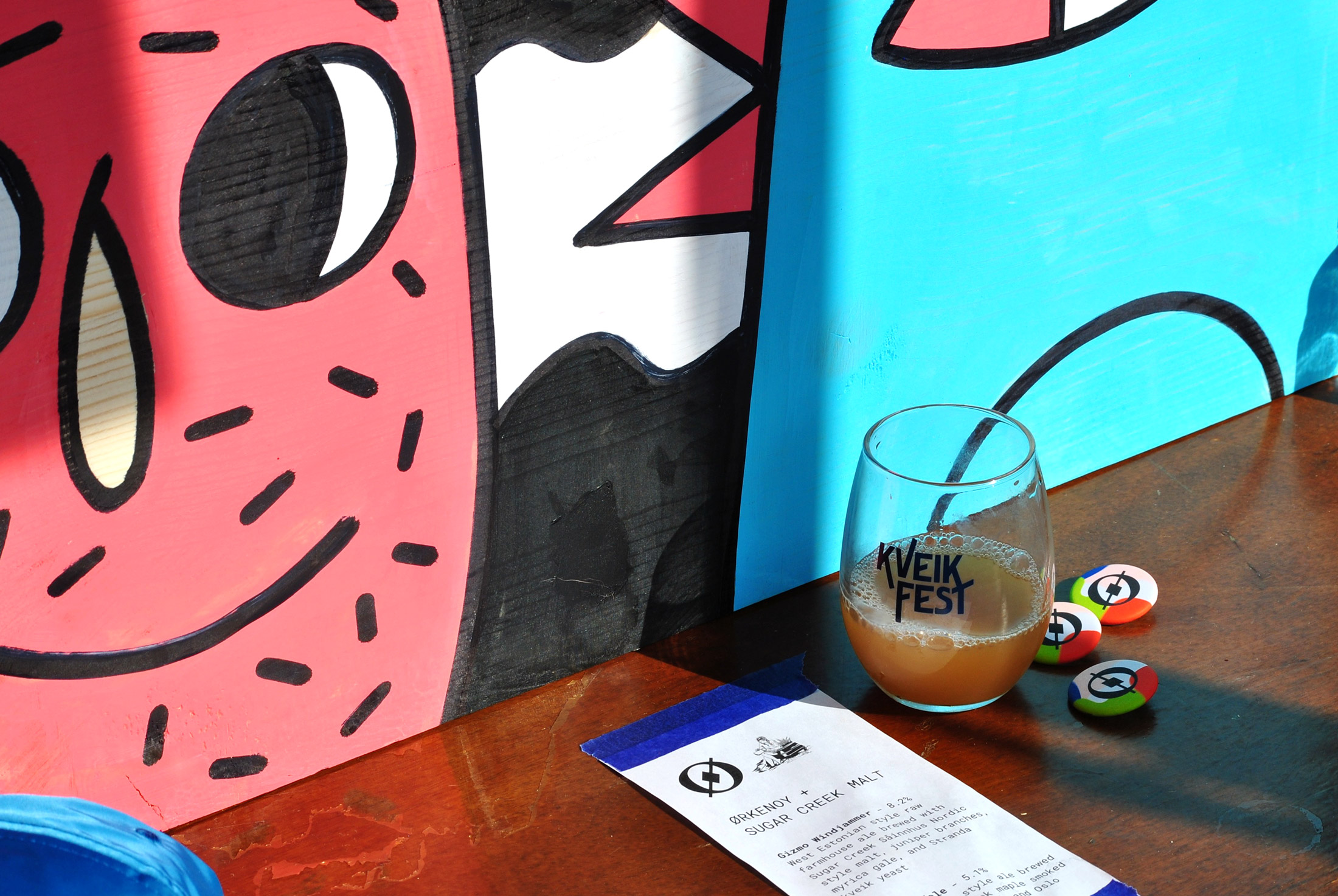 Thanks to Burnt City Brewing Co. & Omega Yeast for playing host and to the several breweries in attendance for their fantastic offerings. Also thanks to Matt Geerling for his tasting notes and curation help, and to Porch Drinking’s Mike Zoller & Matthew Powers for teaming up on this piece.