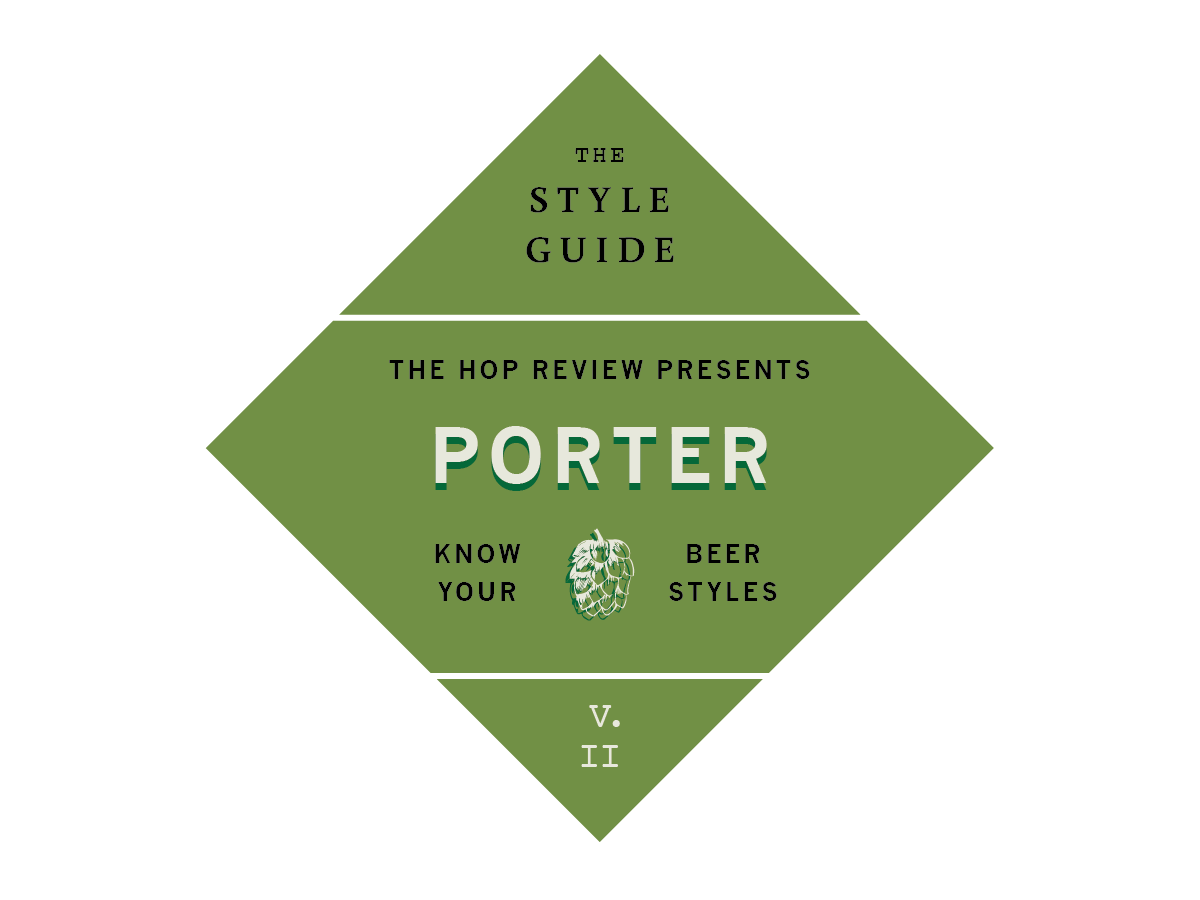 For the first edition of THR Style Guide we looked at the Marzen, a beer as rich in history as it is in flavor. With episode two we dig into another style with a story to tell, the Porter. Along with the styles history, we will also examine the many different styles within the style, and offer you a few suggestions to help you the next time you are in your local bottle shop. And perhaps by looking at the Porter in so many different ways we will finally be able to tell the difference between a Stout and a Porter.

The Porter rose to fame in the eighteenth century when the working class was looking for something a little more substantial than the new pale ales to get them through their day. The local dock-hands would refuel with more than their fare share of the delicious brew. So many so that the brown beer eventually took on the namesake of its largest consumer base. By the height of the Industrial Revolution, Porter had flooded the market, as well as the streets. In 1814, a vat holding 200,000 gallons of Porter burst, sending a tidal wave of the dark beer through the streets, leaving death and destruction in its wake. The Porter’s popularity lasted for decades, but eventually the public’s taste began to favor the pale ales and a new beer based on the porter, the Sweet Stout. It was around this time when the line between Stout (at this time still called the Stout Porter) and the Porter began to blur and the Porter was nearly forgotten.

The Porter is no one trick pony, with style guidelines as wide as the Atlantic. The Porter has many sub-styles, (British, Brown, Robust, American, Baltic) each with their own unique characteristics. We will start with the originator, the British Porter. The beer that supported a revolution.

The original Porter was a hopped up brown beer, with traditional British flavors of caramel, toffee, and toast, that had a long fermentation in barrels that help round them out. As a result of these long fermentation, and less than sanitary conditions, the beer was exposed to bacteria and wild yeast, giving it a slight tart funk. Due to the extended aging, and modern brewing and sanitation practices, the British Porter is now hard to come by, at least in variety. There are still some breweries out there that have committed to the traditional way of brewing the Porter resulting in that delightful funk.

“Rich, Dark, & Complex.” Fuller’s London Porter is slightly darker than most in the style and bring out notes of dark chocolate and coffee. The brew finishes smooth and creamy with that expected slight tartness at the end. 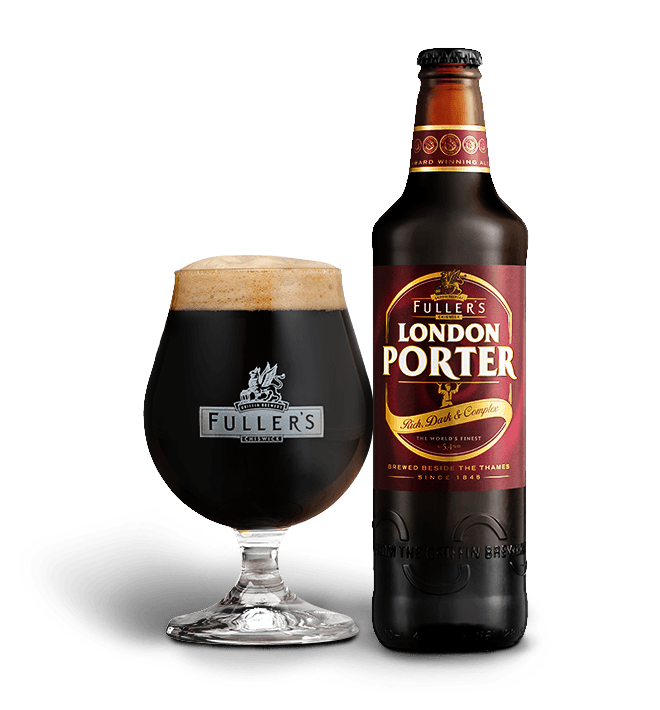 It is with the American Porter that the line between Stout and Porter gets really fuzzy. In researching the BJCP Style Guidelines it appears the only major difference is the presence of roasted barley in Stouts. They are typically fuller in body and have a higher alcohol content, but not always… once again blurring the lines. American Porters run the gamut from sweet Brown Porters to their more Stout like brother the Robust Porter. To add to the confusion, The American has become even more convoluted with the addition of everything from fruit, vanilla, coffee, peanut butter, and even pig’s head. The American Porter is anywhere from a medium brown to one shade short of black, with auburn highlights, and a tan or brown head. Hop bitterness can vary, as well as alcohol content. The common thread though is that the American Porter is a rich malty dark ale, with a nice roasty character.

This one pours at the edge of darkness. A bold sweetness of chocolate and caramel, with plenty of hops to keep you balanced. While it is available year round, this is one that will keep you warm on those cold winter nights. 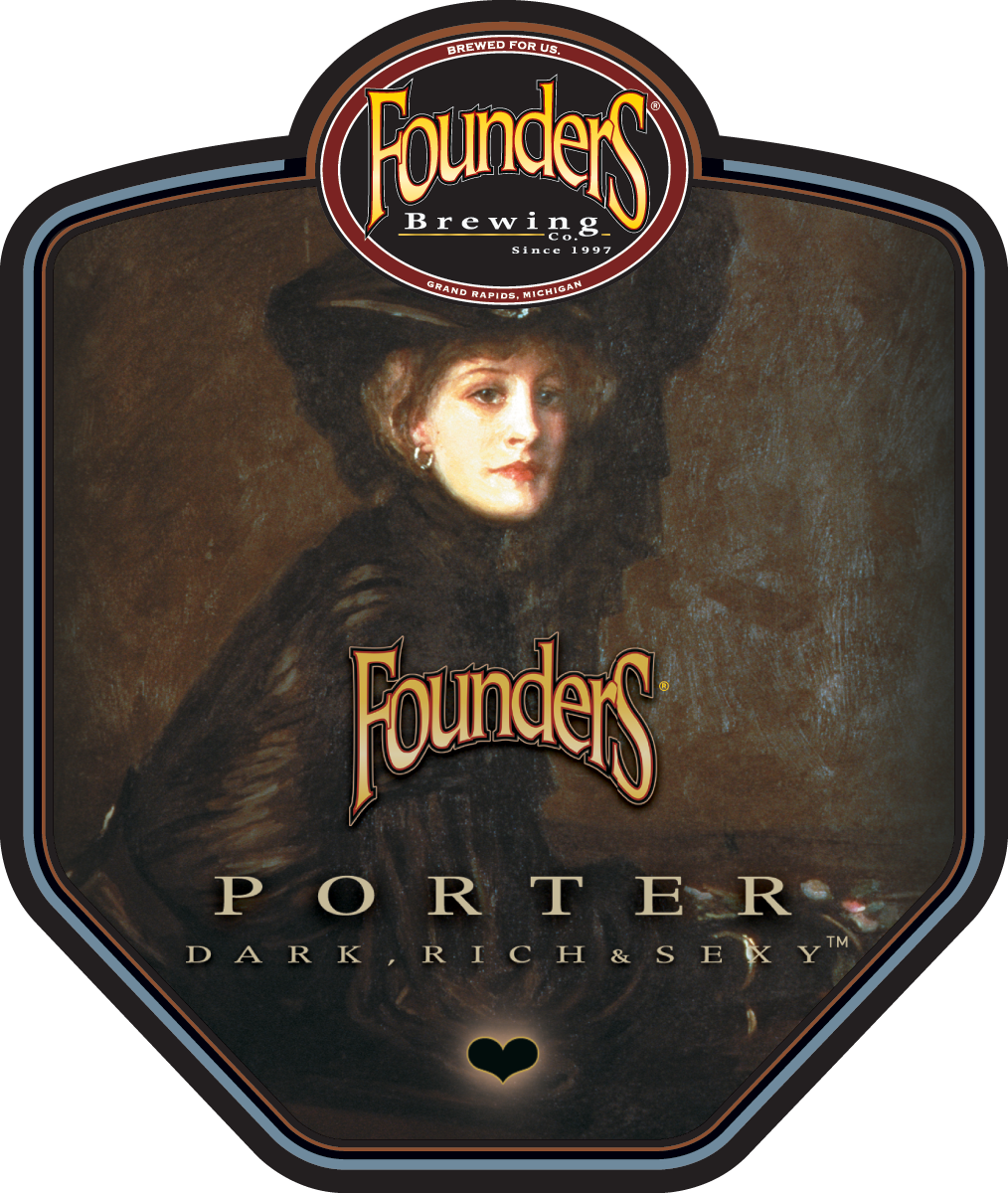 Photos from Fuller’s, Founders, and The Hop Review