Beer of the Month – December: 51st Ward/ZümBier The Mayor 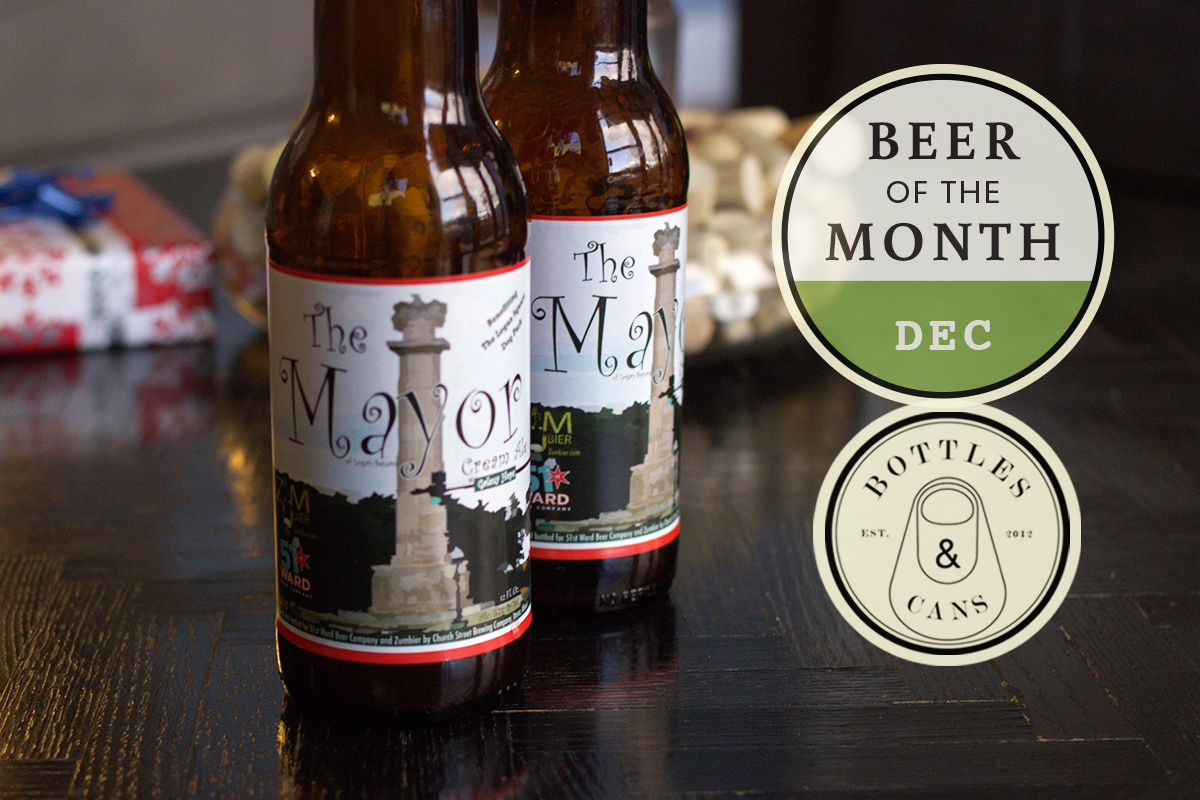 Related Reads
Beer
What Exactly Is a Helles Lager?
Beer
A Review of CYGNUS Blend B, from Black Project Spontaneous & Wild Ales
Beer
Beer · People · Purpose: The Story of The Virginia Beer Company

FOR DECEMBER, THE HOP REVIEW’S BOTM IS 51st WARD AND ZÜMBIER’S THE MAYOR, BROUGHT TO YOU BY BOTTLES & CANS.

Westmont’s 51st Ward Beer Company and Waukegan’s ZümBier are a couple new suburban breweries that are about as under the radar as you can get. In fact, good luck finding any updated info on their progress as neither seems to maintain a website. That’s unfortunate as, after seeing 51st Ward bombers appear more frequently at Bottles & Cans, it appears there’s a story to be told here. 51st Ward was started by former Urban Legand brewer and co-founder Tim Hoerman. ZümBier is Waukegan’s first brewery since 1916 and got their final push toward opening with a successful Indiegogo campaigan in late 2013.

These two newcomers to the scene have collaborated to bring us The Mayor, a galaxy hopped Cream Ale brewed at Church Street Brewing Co. in Itasca, IL (check out our interview with them last year). A portion of the sales from this brew benefit the Logan Square Dog Park so you can drink with the knowledge that you’re helping out your city.

You can pick up the The Mayor yourself at Bottles & Cans (4109 N. Lincoln Ave.) in Northcenter. Keep a close watch on both of these new breweries as we expect to see a lot more from as they continue to build out their facilities. If ya get to Bottles & Cans, ask for other recommendations from owners Joe and Carly. And tell ’em we say hey!

With colder weather and snow on the way, showcasing a stout or porter for BOTM would make sense, but that would be a bit too easy. Sometimes you need a break from the roasted malts and that’s a perfect spot for The Mayor.  Poured out, you’re looking at a hazy orange beer topped by a small layer of white foam. For a Galaxy hopped beer, there isn’t a huge hop aroma, but you’ll get a whiff of freshly milled malt. Carbonation levels were good, only a few tiny bubbles making their way to the surface. Like a lager, you’d expect the flavors to be clean and crisp and that’s the case for The Mayor. There are notes of biscuit that accompany a very creamy mouthfeel. We recommend The Mayor for when you need a break from the big boys and want something clean and refreshing with a nice creamy body. 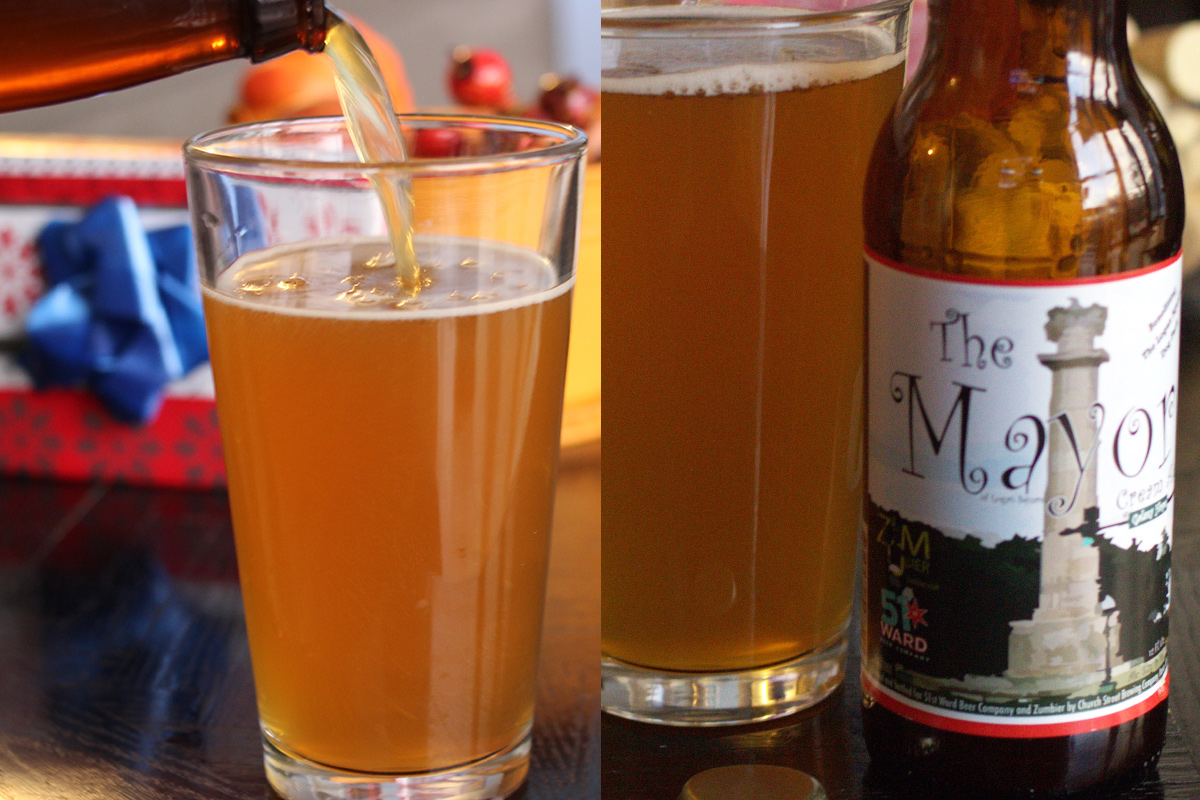 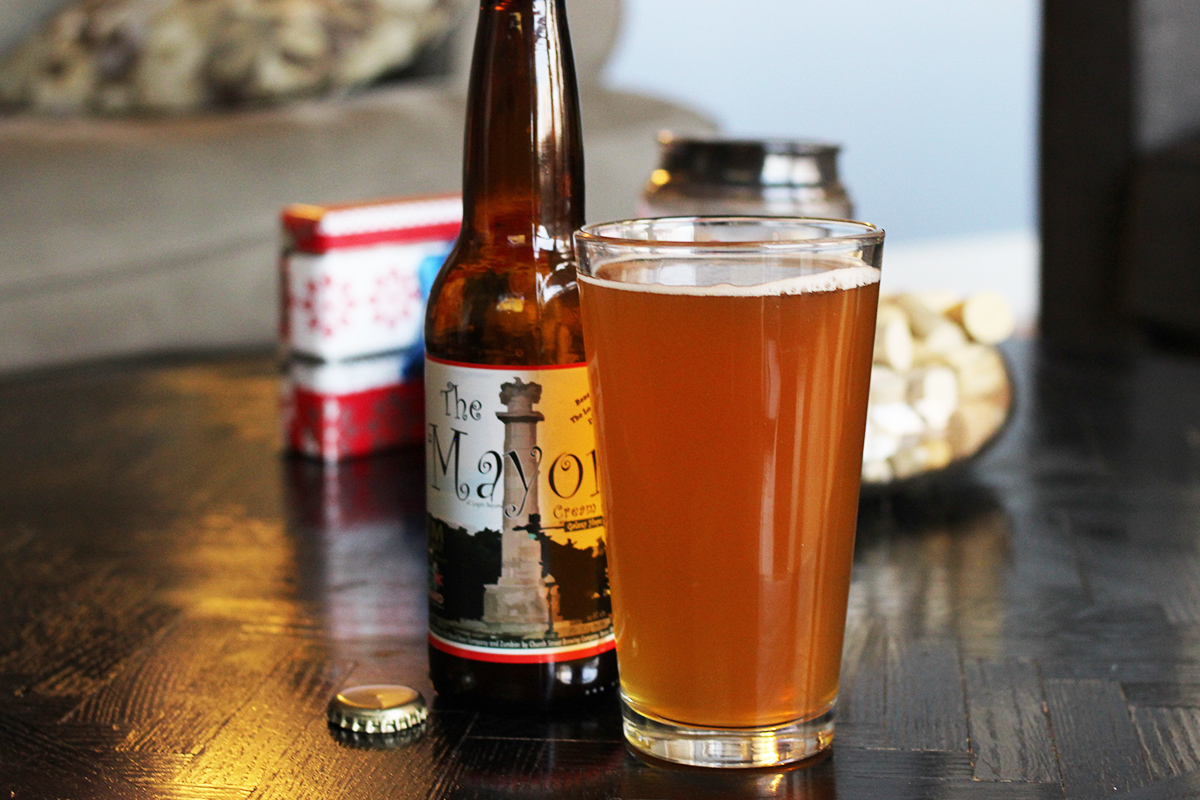 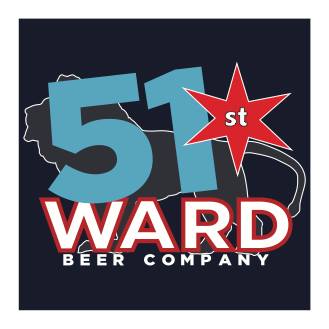