Beer of the Month – May: 5 Rabbit Super Pils 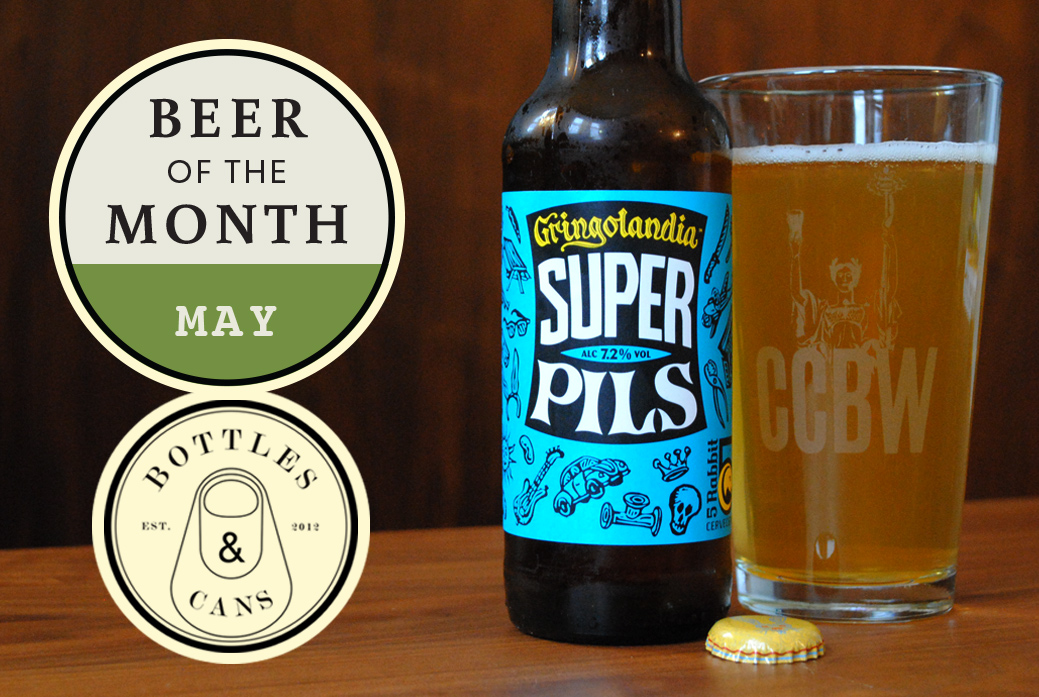 Welcome to the first Hop Review Beer of the Month! Each month, we’ll share with you a beer that we think you should pick up. We’ll be working with a local establishment to find a beer that’s seasonably appropriate, accessible, affordable and, most importantly, something we’d pick up ourselves.

During May, The Hop Review’s Beer of the Month is 5 Rabbit’s Gringolandia Super Pils, brought to you by Bottles & Cans in Chicago’s Northcenter!

For those not familiar with 5 Rabbit, they hail from nearby Bedford Park, IL. The guys at 5 Rabbit have been pumping out Latin-inspired libations for a number of years and have just recently premiered their series titled Gringolandia: their interpretation of some popular American styles.

Super Pils is the first in that series and impressed us enough at a recent event to make it our premier Beer of the Month. You can find our impressions below but first, some specs…

You can pick up some Super Pils for yourself at Bottles & Cans, at 4109 N. Lincoln Avenue in Northcenter. The small shop offers a huge collection of both local and import craft beer. Stop in for a recommendation from owners Joe and Carly and tell them we said hi!

Beautiful looking beer but not what I expected from a Pils. Hazy enough when poured that it could easily be confused with a Heff. Citrusy nose with a far more bitter taste than I was expecting from this style. Really well balanced, however, and I thought this might be a sessionable beer until I noticed the ABV (7.2%!). Overall, would never have guessed this was a Pils and would have leaned Pale Ale. Will make for a great hot summer’s day deck beer, though I’d advise you split that sixer with a friend.

This one is quite the trickster. The aroma screams Pilsner, with a little lemony citrus note. Traditionally, Pils are super clear but this one was a bit on the hazier side of the spectrum as 5 Rabbits doesn’t filter their beer. For the higher ABV, this beer is really quite refreshing in the way that most Pilsners are, but be careful when drinking a few back to back as they pack a serious punch. Super Pils walks the line of both Pilsner and an IPA. The aroma says Pilsner, but it’s taste resembles an almost sticky and hoppy IPA. I’m a big fan of beers that blur the line between styles and this one does it exceptionally well.

A hefty Pilsner that might prove best for your spring BBQs. This guy is shareable, in 6-pack form. Normally a beer style I’d reserve for hotter days or longer drinking sessions, this one weighs in at roughly double your normal Pilsner ABV (hence the name, get it?). I echo most of the same sentiment as the other guys on this: a somewhat deceptive Pils with a rather cloudy appearance, and packs a punch. For someone who normally chooses an IPA over Plsners and Lagers, the Super Pils is a surprisingly pleasant drinker. And to that, I say bring on the Pils! 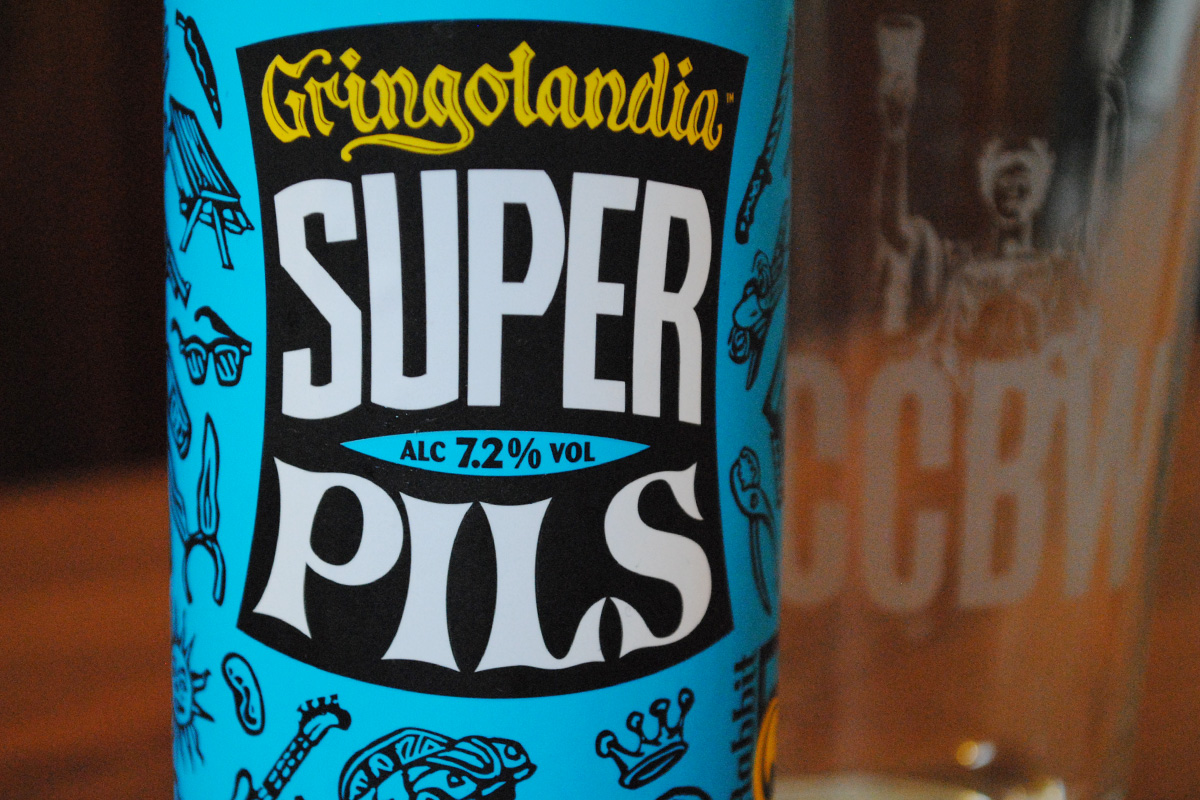 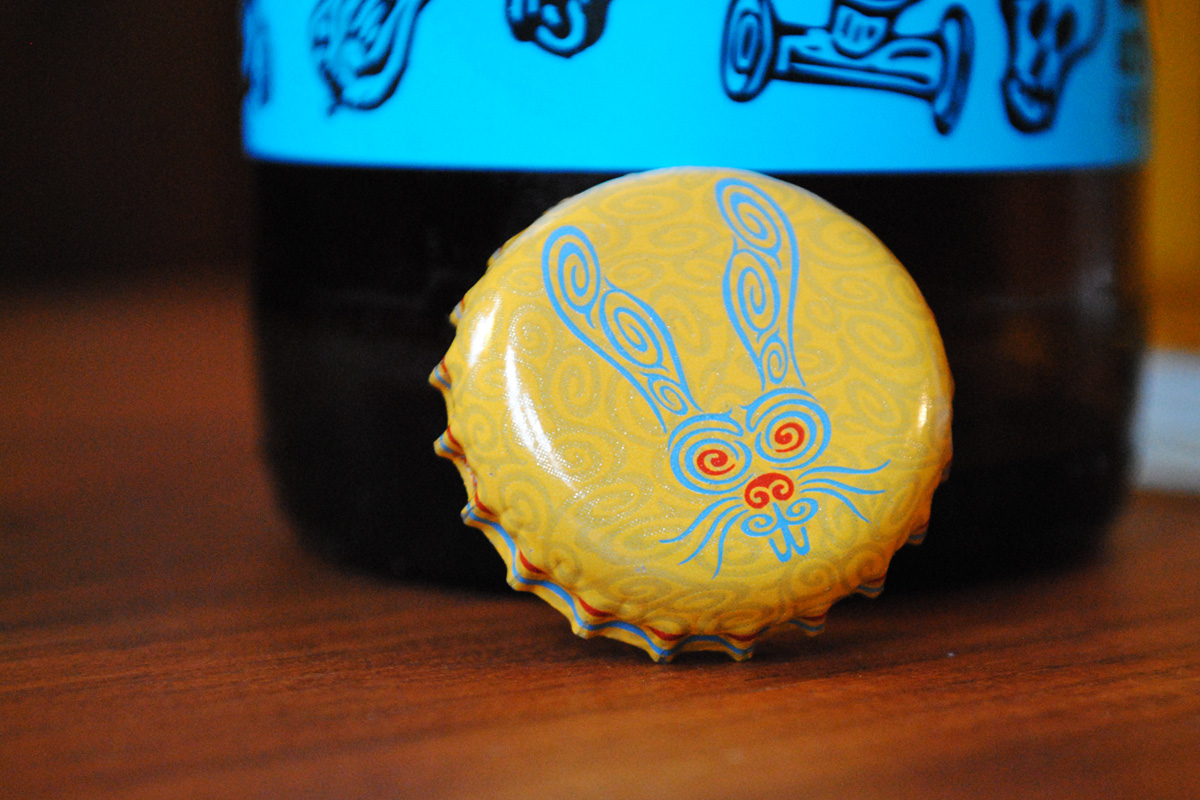