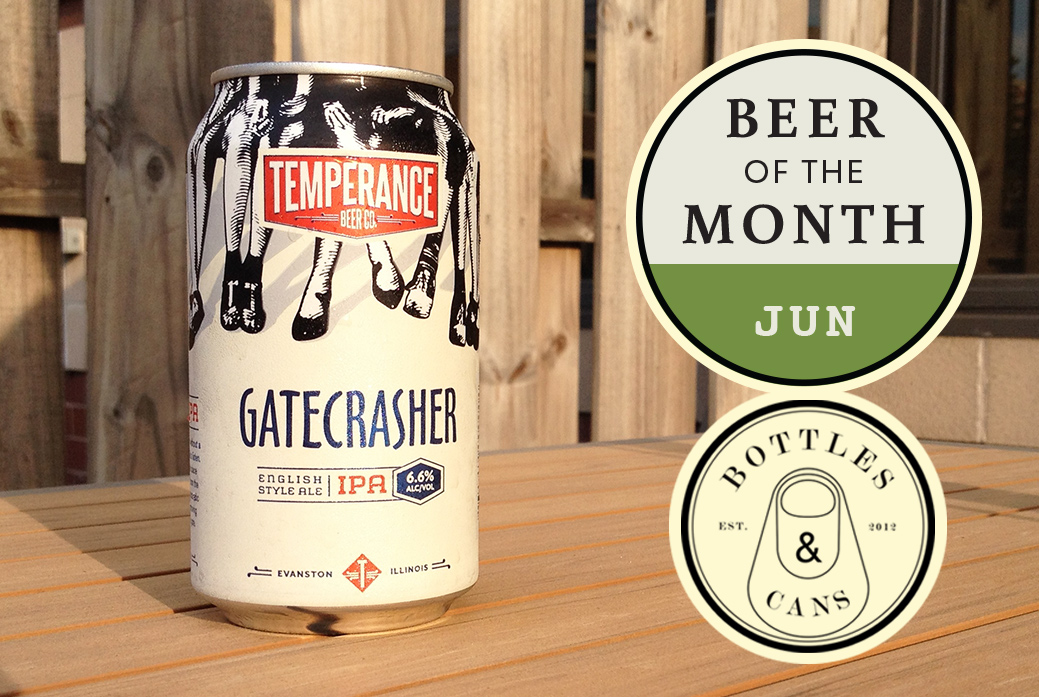 Each month, we share a beer that we think you should pick up. We’ll be working with a local establishment to find a beer that’s seasonably appropriate, accessible, affordable and, most importantly, something we’d pick up ourselves.

During June, The Hop Review’s Beer of the Month is Temperance Beer Company’s Gatecrasher, brought to you by Bottles & Cans in Chicago’s Northcenter!

Temperance Beer Co. hit the Chicagoland scene in 2013, and has made quite a splash. It’s hard to believe that it’s been nearly 100 years since the folks up in Evanston have had themselves a brewery. Led by Brewmaster Claudia Jendron, Temperance started canning their beer in May. Judging from the availability at Bottles & Cans, six-packs are already flying off the shelves as they’ve gone through several cases in the first few days.

Gatecrasher, an English style IPA, is one of the flagship beers from Temperance. You can find our impressions below but first, some specs…

You can pick up some Gatecrasher for yourself at Bottles & Cans (4109 N. Lincoln Ave.) in Northcenter. The small shop offers a huge collection of both local and import craft beer. Stop in for a recommendation from owners Joe and Carly and tell them we said hey!

There are a lot of beers considered gateways into the craft world. For many of us, our first craft beer (ie. not Bud/Miller Light), was something like a Sierra Nevada Pale Ale, Magic Hat #9, or Fat Tire. While Gatecrasher is only recently available in cans, this has the potential to convince a few people to drop that PBR. This is one of those beers that tastes much milder than it smells. The nose is big and fruity and might put off those who shy away from hops. However, while the taste yields a hint of citrus bite, it’s well balanced with a slight malt backbone. I wouldn’t have called this an English IPA, but it’s so approachable, who cares?

This is one of those beers that you can give to a friend that doesn’t like hoppy beer and they’ll actually enjoy it without making that puckering, bitter face. There’s a pleasant, yet not over powering aroma of grapefruity hops that give way to a crackery malt noise. The taste continues along the grapefruit path with a subtle hint of bitterness. When you want to find the middle ground between a session pale and a double IPA, go pick yourself up a 6 pack of Gatecrasher. You won’t be disappointed.

Folks, we found one of Chicagoland’s most approachable IPAs. The Gatecrasher weighs in at 6.6%, but without any of the bitterness of some other traditional English pales. While not overly hop-forward, you do get a little of that biscuity flavor that gives it some character. It might be the warm weather talking, but I say this is another perfect patio beer – and certainly one that could convert a whole slew of previous “non-IPA” drinkers. 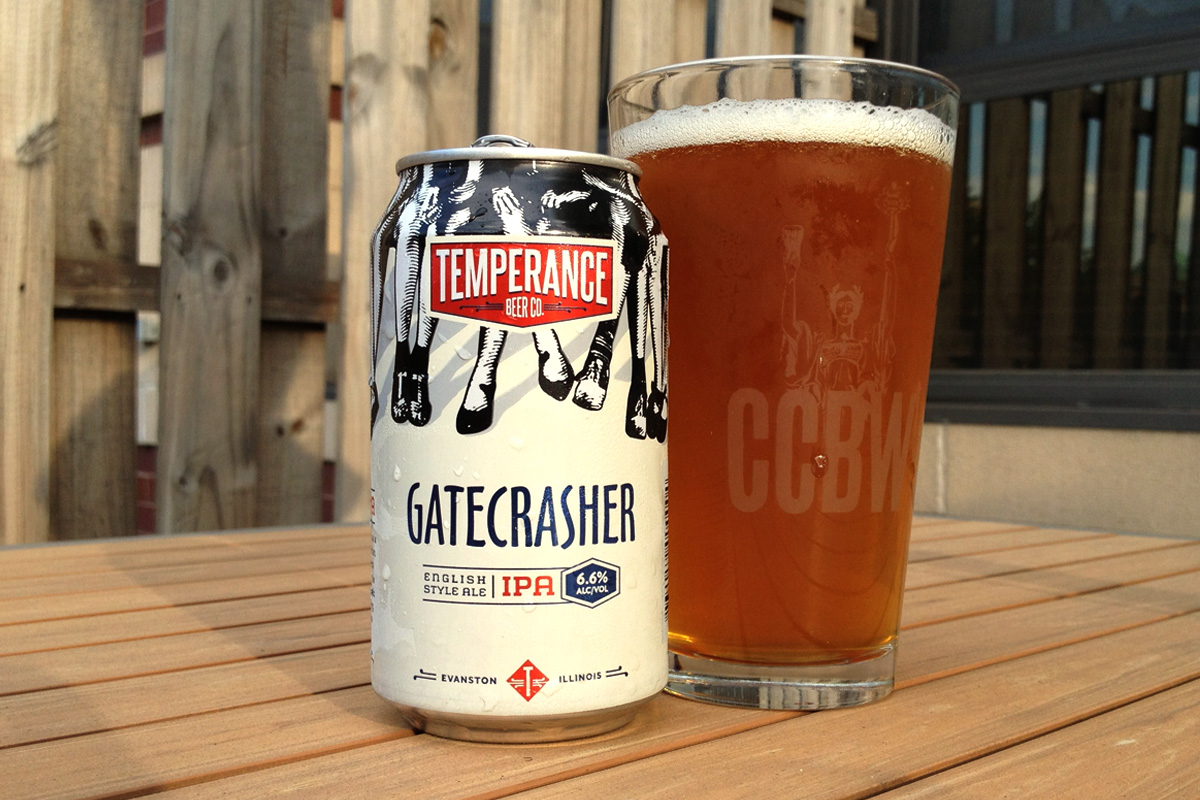