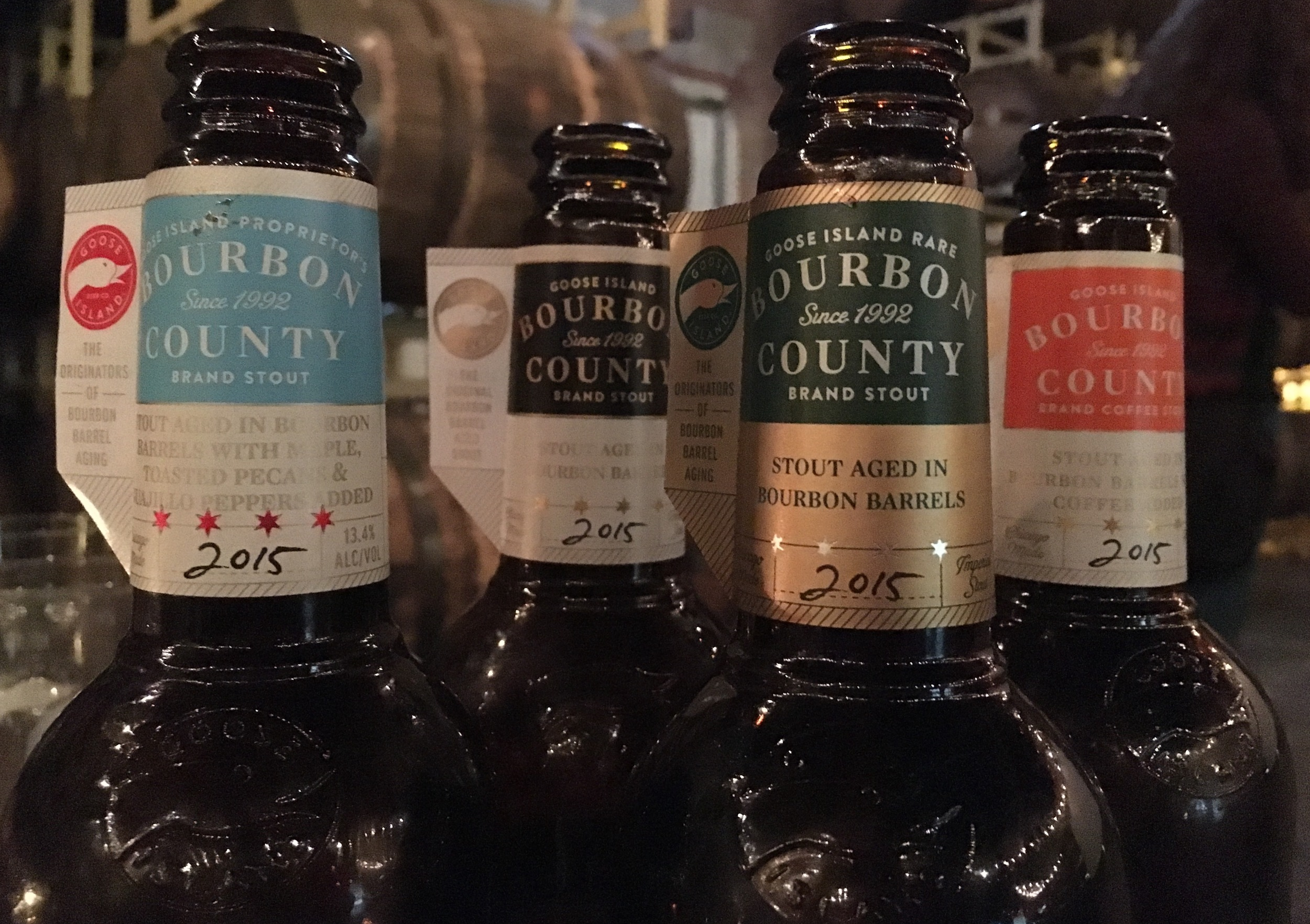 We get invited to a lot of beer events over the course of a year, it’s a nice perk of the job. But last week we attended an event at the Goose Island Barrel House that we won’t soon forget. Set up in a beautiful event space lined with barrels stacked to the ceiling, the intimate setting was the perfect way to sample our way through this year’s lineup of the world renowned Bourbon County Brand Stout. Led by Goose Island’s Brewmaster, Jared Jankoski, and brewers, Di Rodriguez and Tim Faith, we tasted all six variants for this year. That included Rare and the Chicago only, Proprietor’s.

It says a lot about the night when a full glass of the original Bourbon County Stout was used to calibrate the palate. But it was the perfect first step, helping set apart the nuances of each of this year’s variants. Let’s start at the beginning though.

The OG. Originally brewed in 1992, BCBS started the bourbon barrel aged craze that’s getting crazier with each passing year. The beer is a decadent chewy mix of dark chocolate, vanilla, caramels, and a hint of smoke coming through from the charred oak barrels. This brew is luscious and as you savor it you think it can’t get any better… then you sip on BCBS Coffee.

The yearly release with their neighbors at Intelligentsia, this year’s iteration uses Los Delirios coffee from Nicaragua. As soon as you lower nose to glass, you’re met with the rich warm aroma of dark roasted, whole bean coffee. The coffee is far from subtle when tasting either, but it does not intensify the original. If anything it helps to smooth the big stout out, making it surprisingly easy to drink. For more on how Goose Island choose its coffee for Bourbon County, check out our interview with brewmaster Jared Jankoski.

This year’s nationwide variant has some big shoes to fill following last years Vanilla Rye — my personal favorite from 2014. For the 2015 Regal Rye, Goose packed rye whisky barrels full of BCBS, blackberries, cocktail cherries, fresh sour cherries, and sea salt for good measure. This beer has a lot going on, with a deep juicy sweetness from the dark fruits, that also add some tartness to the spice and smoke from the rye soaked barrels. Take your time to savor all the nuances this beer has to offer. 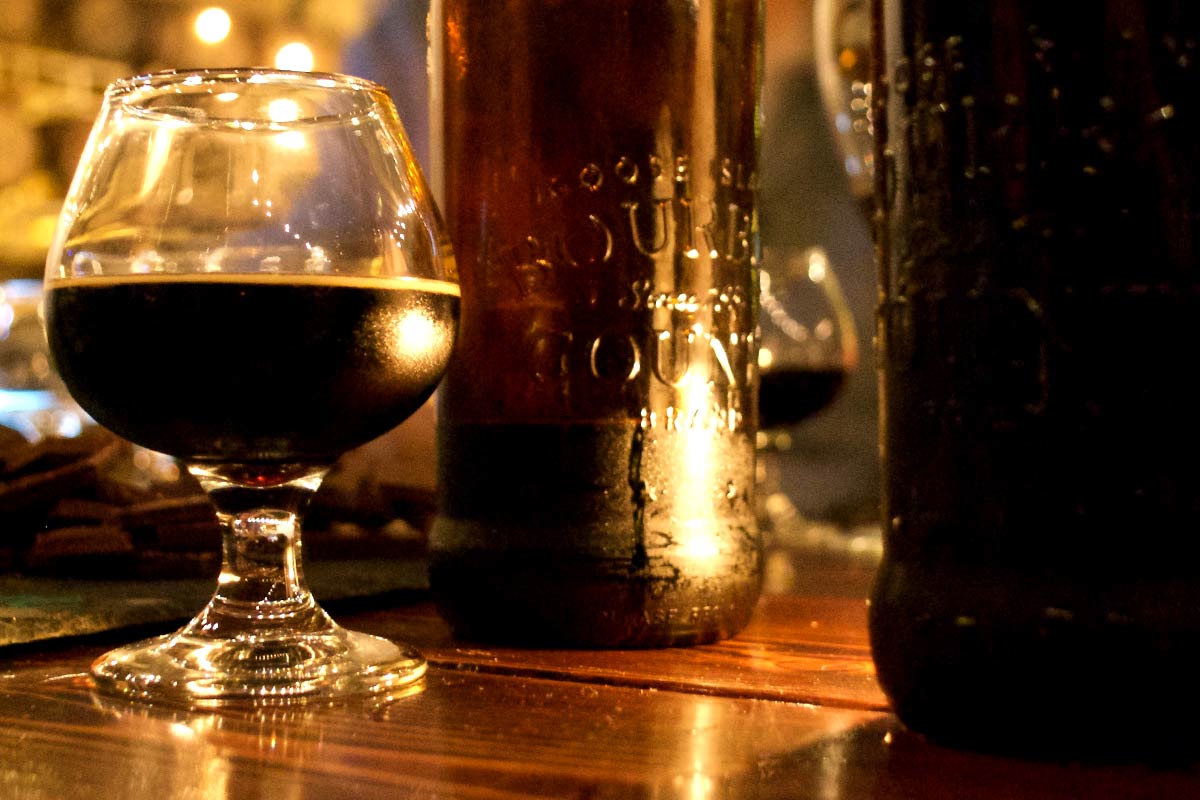 The third year a Barleywine has been part of the BCBS lineup, the traditional English-style barleywine is aged in two-thirds barrels that once aged Bourbon County, and a third “fresh” bourbon barrels. BCB Barleywine is sweet, bordering on cloying, but brings forth all the things that make bourbon great. Charred oak, tobacco, vanilla, and the boozy heat are all there in the big, complex brew.

I was fortunate enough to be sitting next to Di Rodriguez — Goose Island brewer and the woman behind this year’s Proprietor’s variant — and got a very personal walkthrough of the Chicago only beer. An avid home cook and baker, Di was inspired by the holidays when choosing which ingredients she wanted to add to the barrels. She landed on toasted pecans, bourbon barrel aged maple syrup, and guajillo peppers. Channeling pecan pie, this definitely was the sweetest of the stouts, thanks to the maple syrup. The addition of the peppers add spice and some smoke that helps cut through the syrup. Proprietor’s continued to get better as it warmed in the glass.

For only the second time, Goose Island has found barrels worthy of aging a beer with the Rare label. This time around, Bourbon County was aged for two years in 35-year Heaven Hill barrels. Bourbon is rarely aged beyond twenty-three years, so when the barrels were discovered, their contents was deemed unusable and the bourbon was dumped. While the extensive age was not ideal for the bourbon, those extra years add some truly magical characteristics to BCBS Rare. Whether it was the extra year or the barrels themselves, Rare is stripped of the chewiness found in the original Bourbon County. Instead the stout is soft and smooth, and the characters of bourbon and the barrels themselves are most prevalent. If you are fortunate enough to get your hands on a bottle or two, be sure to share it with friends and family, it is truly an experience that should not be spent alone. 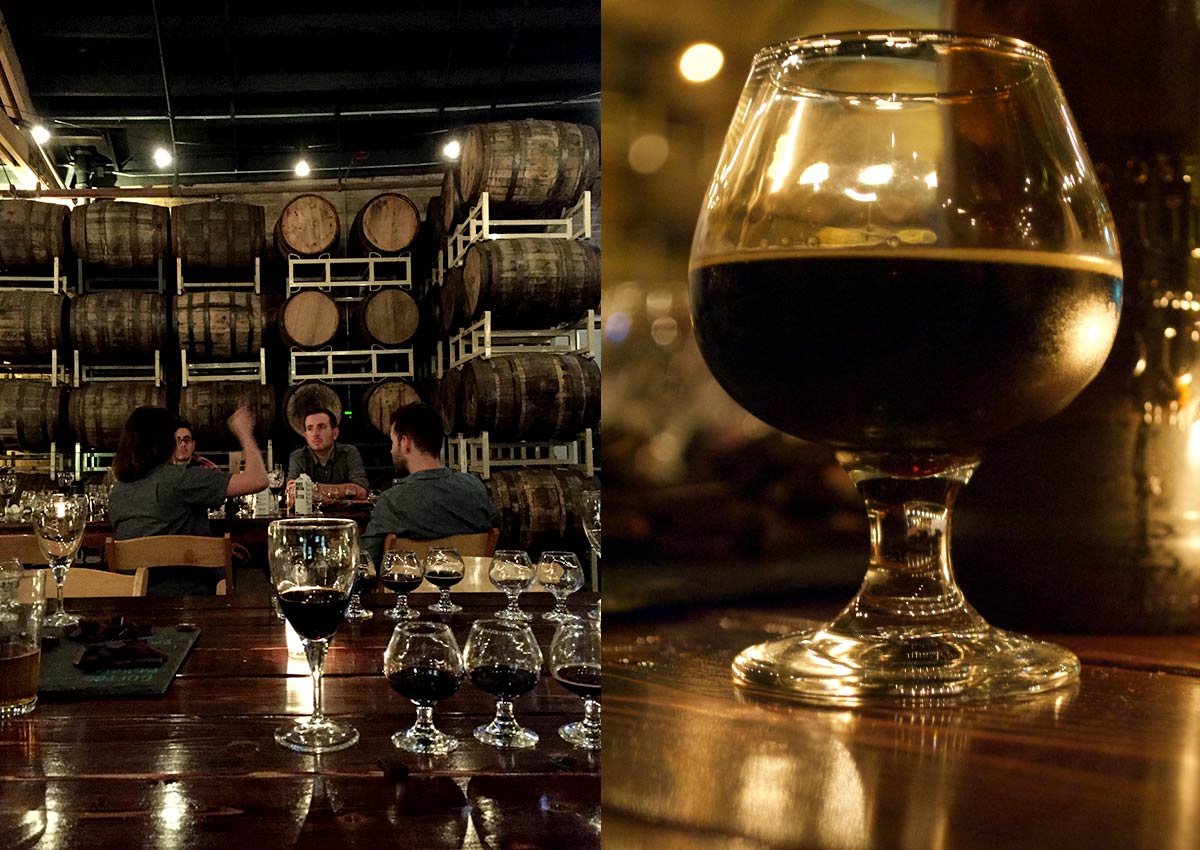 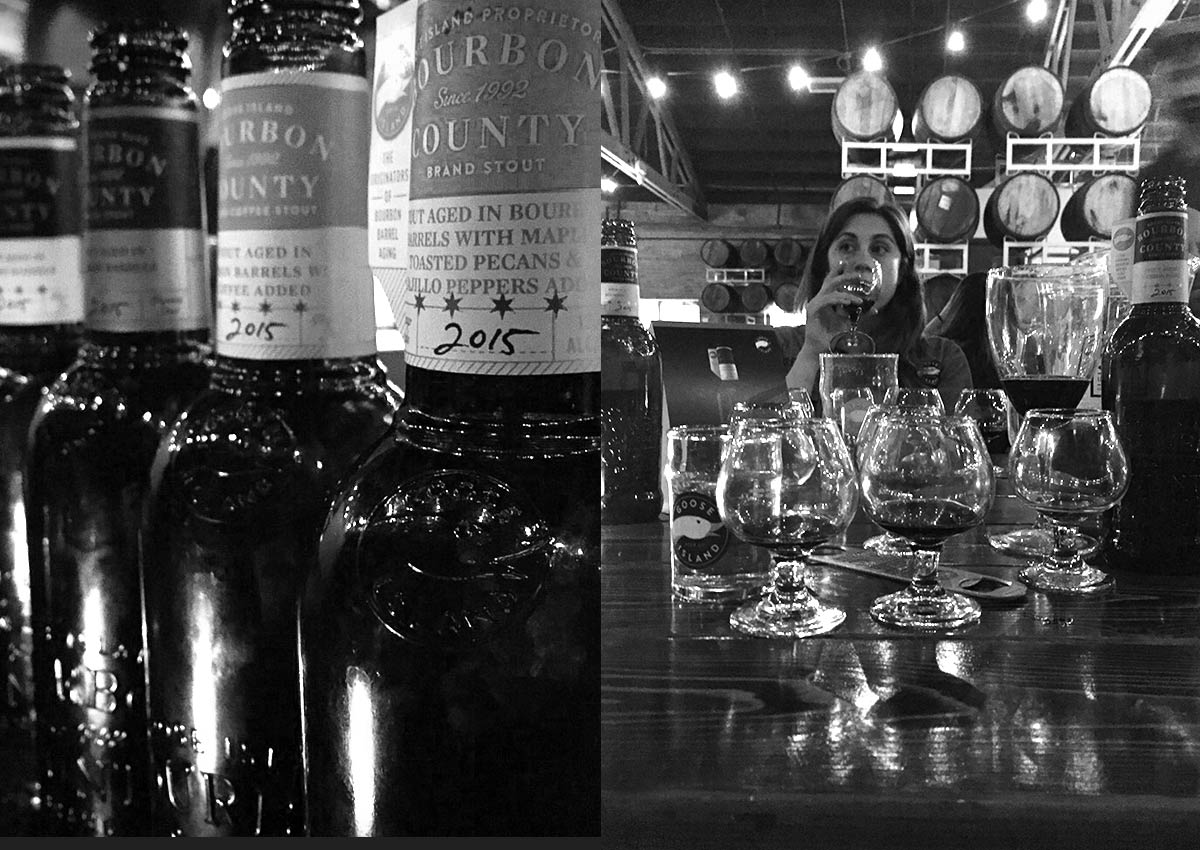 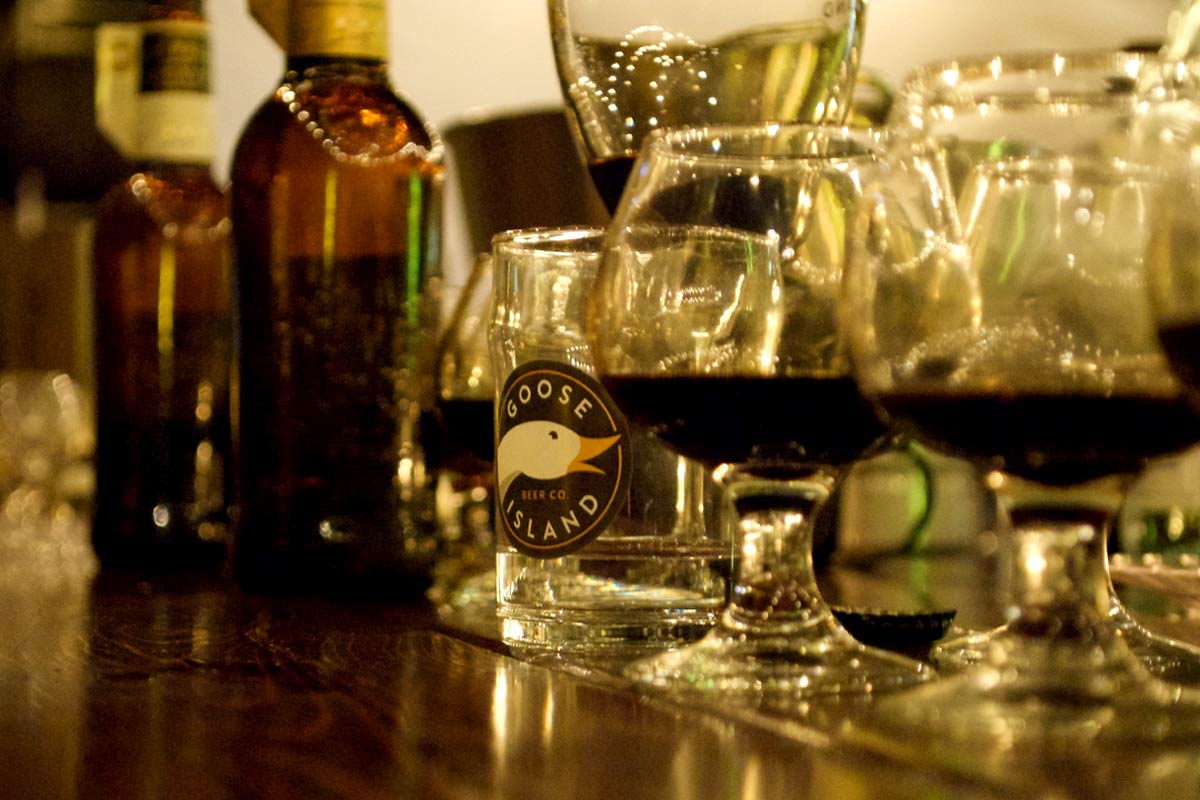 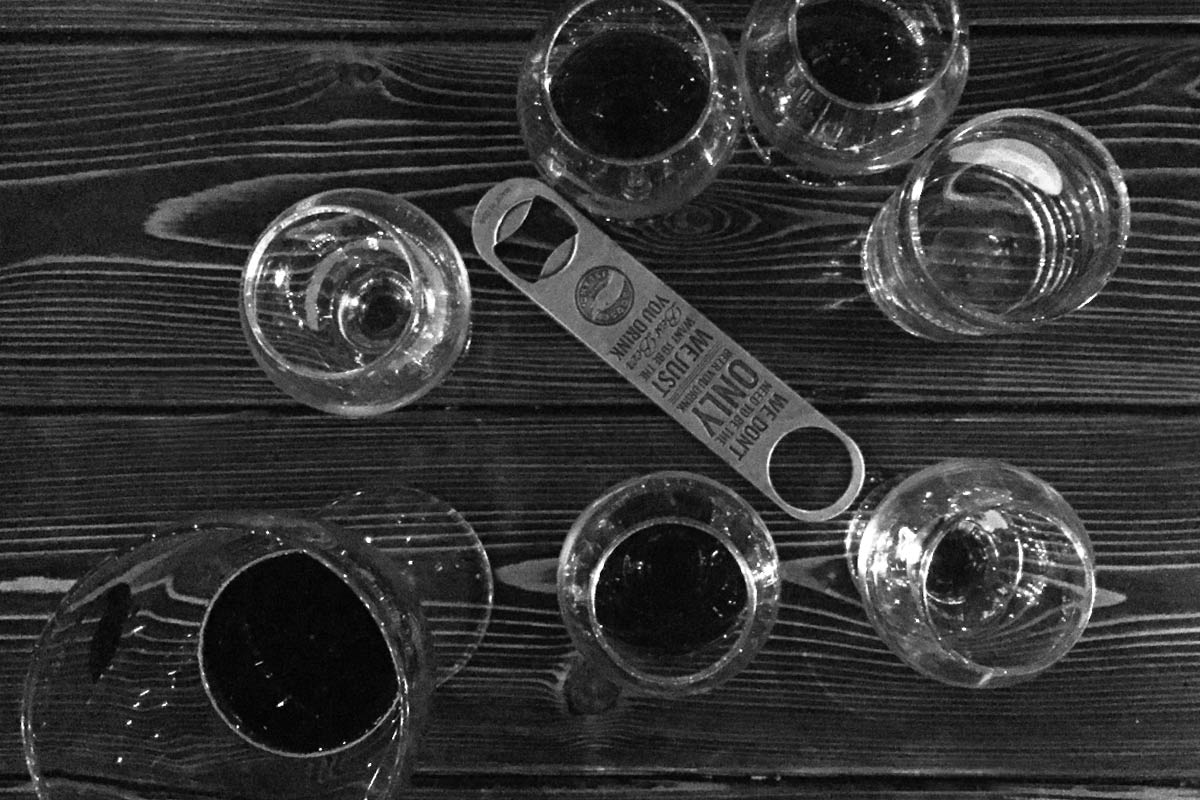 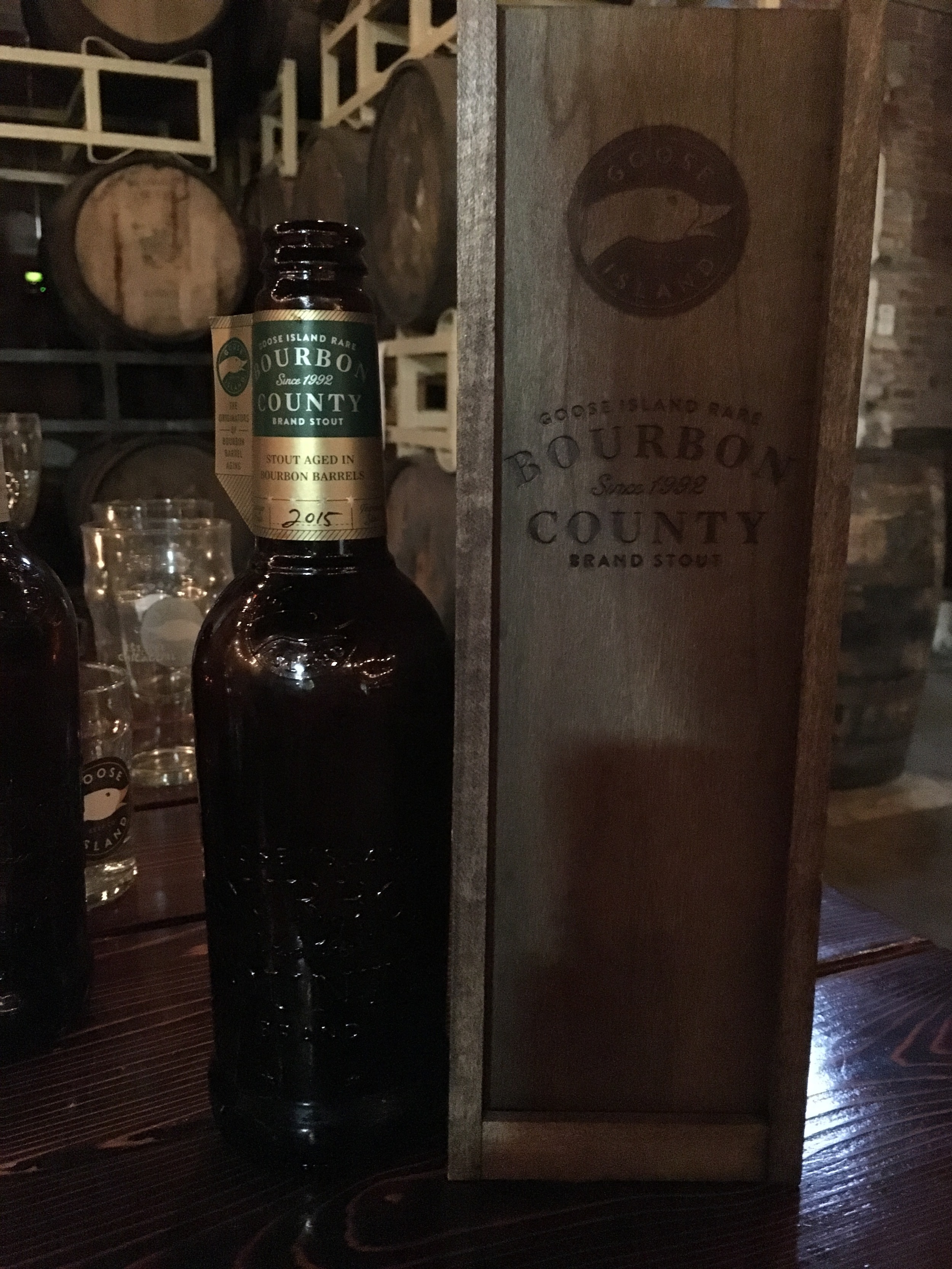 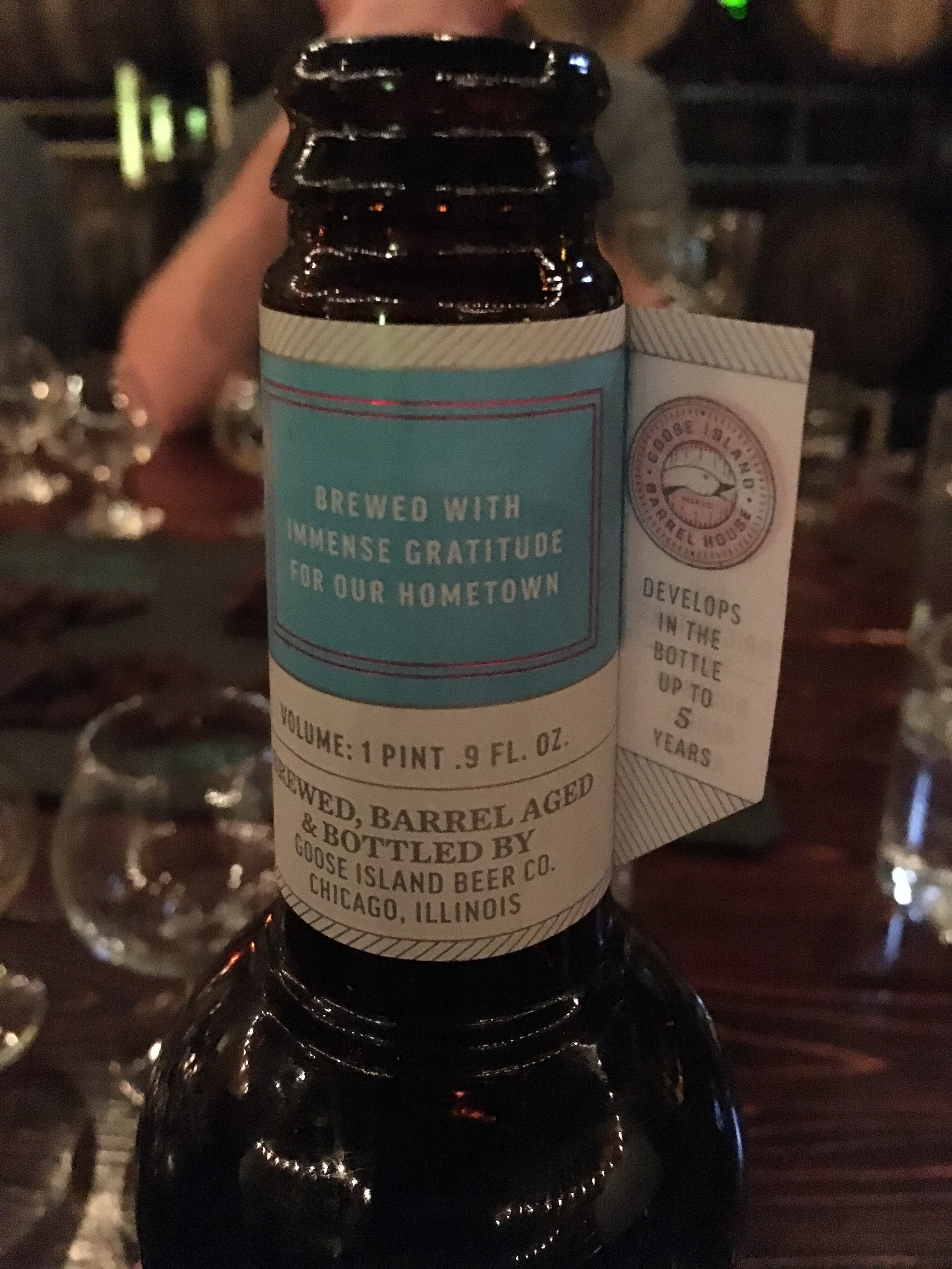 Thank you to Goose Island for sharing this amazing evening with us. Look for Goose Island’s Bourbon County Brand Stout on its typical Black Friday Release, or if you’re feeling lucky, check out our Rare Day Ticket Giveaway for a chance to attend a once in a lifetime release party on November 13th. You’ll have the opportunity to purchase BCBS Rare and taste the full 2015 lineup.