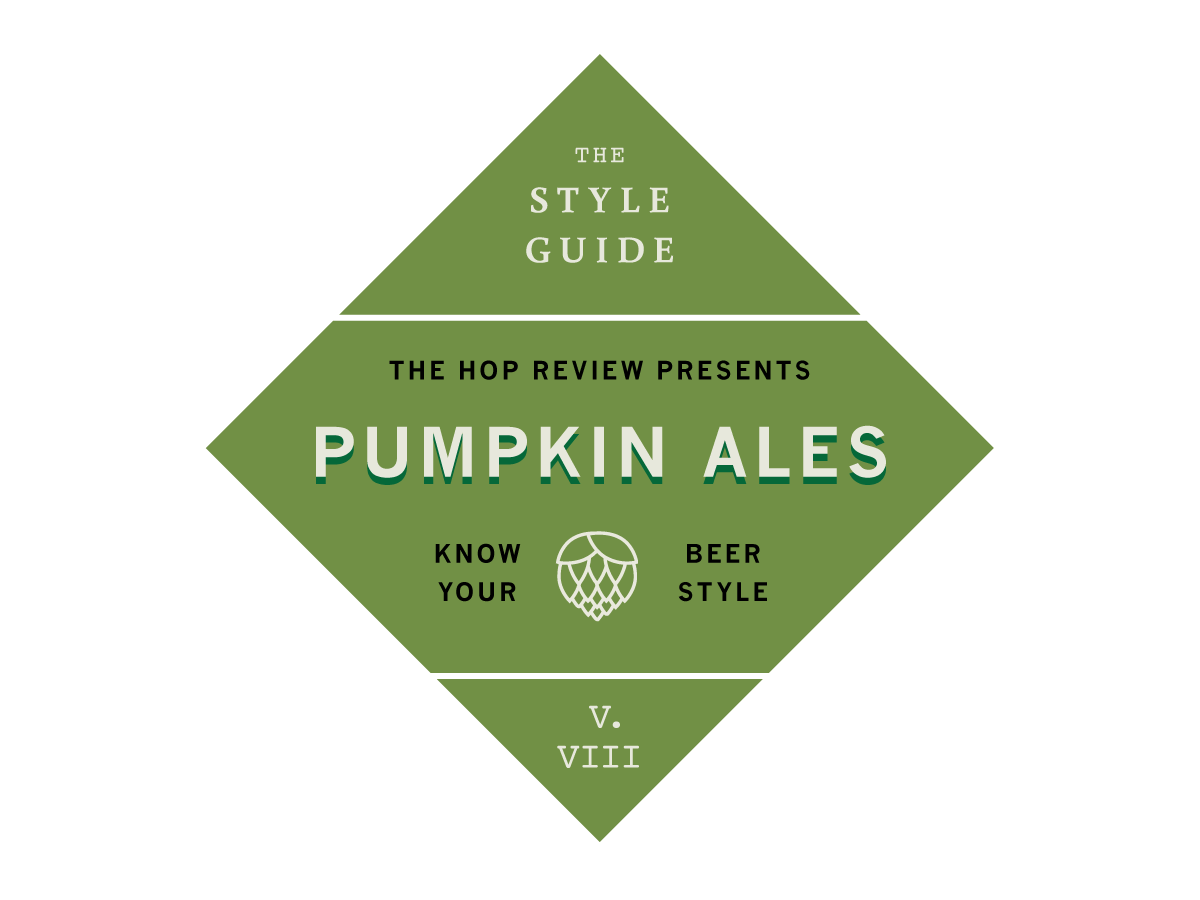 Full disclosure – we here at The Hop Review are not fans of “Pumpkin” beers. When the weather begins to cool we tend to reach for brown ales and porters. Yet, every year come Fall (and now it seems to be creeping into late summer), your local bottle shop or grocery store’s beer aisle ends up looking like a highway construction zone. Decked out in bright orange cans and six packs, they celebrate the arrival of these often overly spiced ales.

Pumpkins and gourds have been used to make beer since the days of George Washington and our founding fathers. Colonial America was not a suitable growing region for grains necessary for beer, and importing them was expensive. So other more readily available crops, like corn, artichokes, spruce, and yes, pumpkin, were used in their place.

Thankfully, the German immigration to this country brought modern brewing techniques, and rustic pumpkin beers were all but forgotten. It wasn’t until the 1980’s that pumpkin beers started to resurface. In 1986, Bill Owens of Buffalo Bill’s Brewpub in Hayward, California introduced his pumpkin beer, and the rest is history.

Despite our personal preference, we thought we’d do our duty and sample a broad selection of pumpkin brews, hoping to change our perception and perhaps find one we all could enjoy. After getting our fix of pumpkin, we came to a couple conclusions. First, pumpkin or spiced beer is a very broad term. Some were sweet as pumpkin pie, with tons of cinnamon and nutmeg. Others were more herbal, trying to showcase the natural flavor of pumpkin. And a couple… well we weren’t sure what the brewer was trying to accomplish. Secondly, we learned we just do not like pumpkin beers. We tried, we really did, but none of the beers we sampled wowed us enough to pull us away from our other autumn staples.

Remember though, taste is always personal, and just because the four of us did not particularly love these beers, doesn’t mean pumpkin beers are bad. They’re just not for us. There are hundreds of pumpkin beers on the market, and maybe we just were unlucky with our selection (we had one more we were going to taste – Dogfish Head’s Punkin Ale – but someone stole it from the fridge before our tasting). So leave us a comment and let us know if there is one you think we should try. 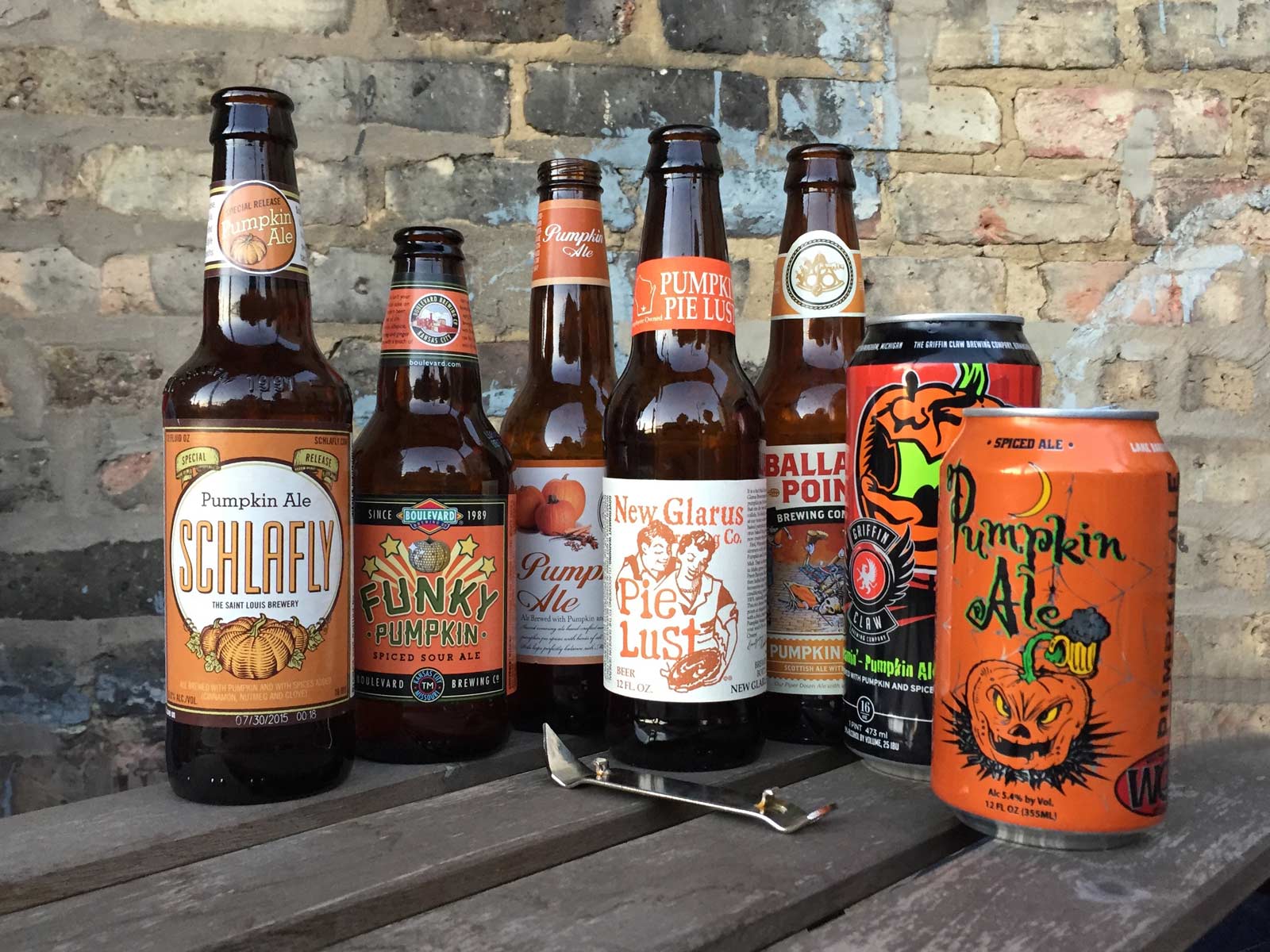 We each ranked the beers 1-7 and averaged the scores to come up with our official Hop Review rankings, as well as tasting notes for each.

1. Schlafly Pumpkin Ale (2.25) – Schlafly did the best job balancing out the pie spices with hints of real pumpkin and a nice full malt body.

T2. Wild Onion Pumpkin Ale (2.75) – While the can says spiced ale, Wild Onion uses a deft hand. This was a nice balanced copper ale with just enough to remind of the season. We even made this our October Beer of the Month last year.

4. Boulevard Funky Pumpkin (3.25) – For two of us this was our favorite because it was the least pumpkin-y. The pumpkin is barely there, the spices are subtle, and there is a nice funk. If we were scoring sours it would have been at the top.

5. Ballast Point Pumpkin Down (4.75) – It was nice to see another style, a scotch ale, enter our pumpkin tasting. It had everything you would expect from a scotch ale, but left nothing to remember it as a pumpkin beer.

6. Griffin Claw Screamin’ Pumpkin Ale (5.75) – This beer was reminiscent of grandma’s potpourri with the cinnamon stick in it. Aggressive dried flower taste, just seemed off compared to the rest.

7. New Glarus Pie Lust (6.5) – The reason we don’t like pumpkin beers is because of brews like this. Overly sweet, more pumpkin latte, then pumpkin beer. This is a New Glarus that can stay in Wisconsin.