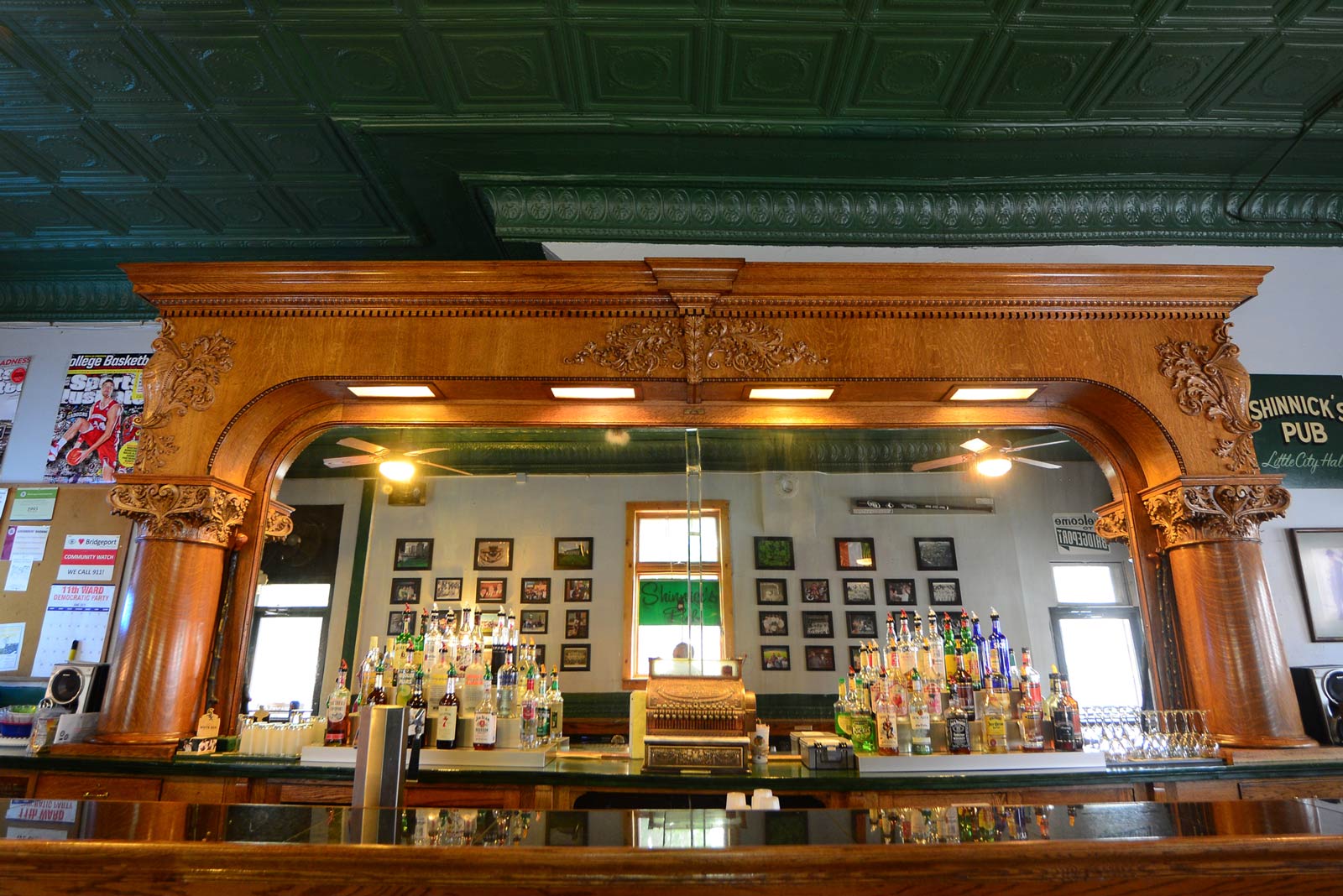 On the evening of Saturday, December 5, Chicago Detours will celebrate the 82nd anniversary of the repeal of prohibition with a special event of eating, drinking, and learning about neighborhood bar history on the “Big Shoulders Historic Bar and Food Bus Tour.”

Normally offered only to private groups and just launched this past August, the ”Big Shoulders Historic Bar and Food Bus Tour” explores Chicago’s working class roots in Chicago’s oldest neighborhood of Bridgeport. At casual neighborhood bars, including Schaller’s Pump and Shinnick’s, tour guests will hear the history of drinking culture in Chicago and insider stories culled from longtime barkeepers.

The luxury 38-passenger coach whisks guests between fascinating experiences, including a classic Chicago hot dog joint stop and a driving tour of the area’s history of industry and stockyards.

The culinary tastings reflect some of the diversity of the neighborhood, historically Lithuanian, German, Polish, Czech and Irish, and later also Chinese and Mexican. Guests try Lithuanian bread from Bruno’s Bakery and eat mother-in-law sandwiches from Johnny O’s. This South-side specialty likely originates from soul food of the Mississippi Delta. The more new-school direction of the neighborhood is reflected with a salty cookie dessert from Pleasant House Bakery.

No book exists to the tell the story of this tour. Instead Executive Director Amanda Scotese collected oral histories and dug through archives to piece together a perceptive insight into working class history and the current culture of the neighborhood.

The driving tour of the neighborhood considers its transition from an industrial past and to a more artistic present. Tour guests see the old Wrigley factory, former warehouses for Spiegel’s Catalog, the Bridgeport Art Center, and the old “Bucket of Blood” that is now the Zhou Brothers studio and home. “Big Shoulders Historic Bar and Food Bus Tour” also dips into the neighborhood of Canaryville to see the massive grounds of the former stock yards, as well as the Union Stock Yards gate from 1875.

Check-in is at the bottom-level cafe of the Berghoff Restaurant, 17 W. Adams Street. The group will be dropped off there at the end of the tour. Space is limited and reservations are required. These one-off events with Chicago Detours almost always sell-out – get your tickets here: 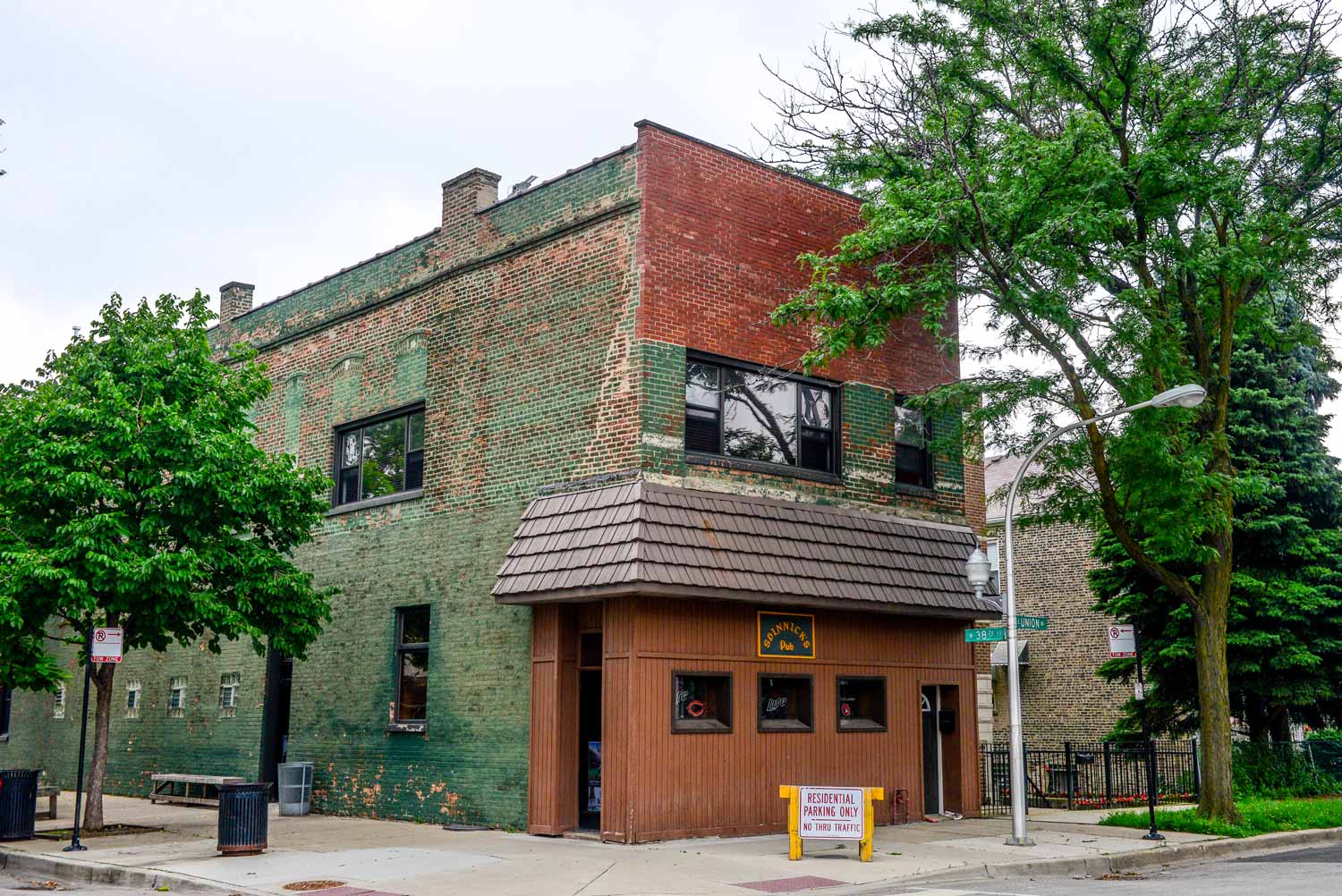 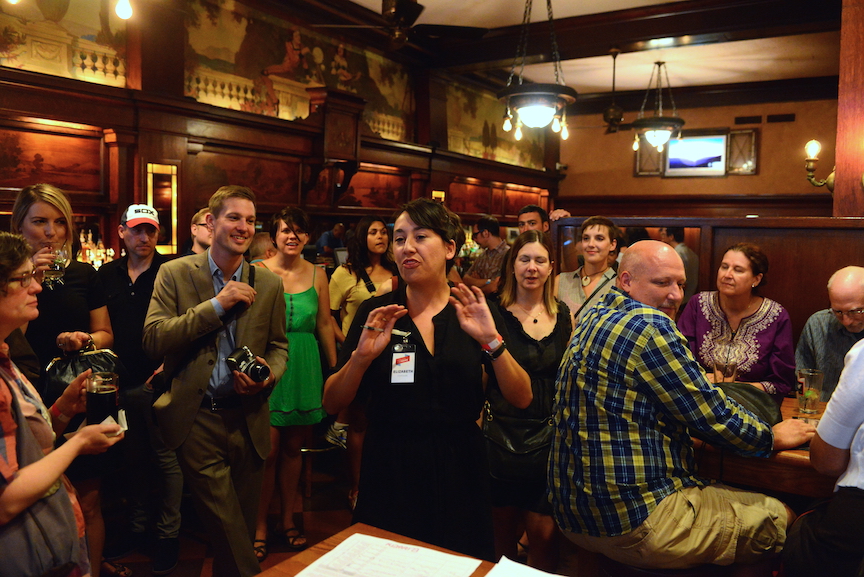 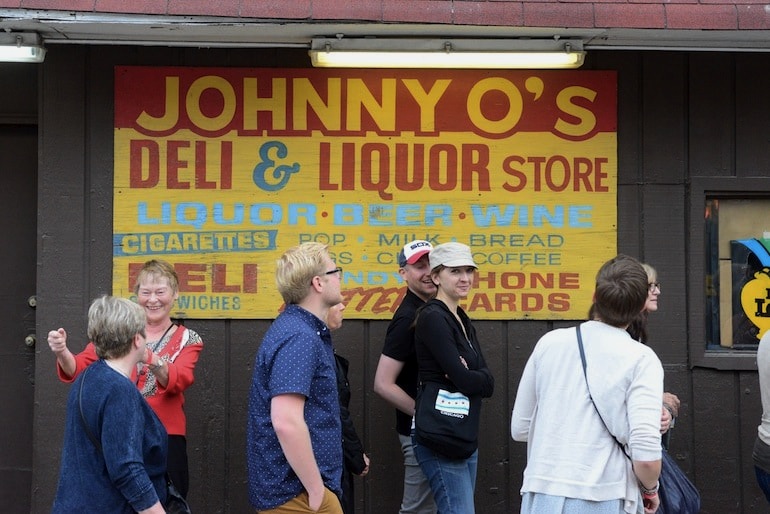 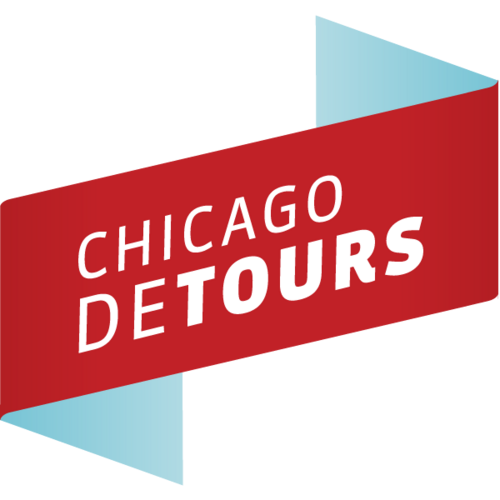