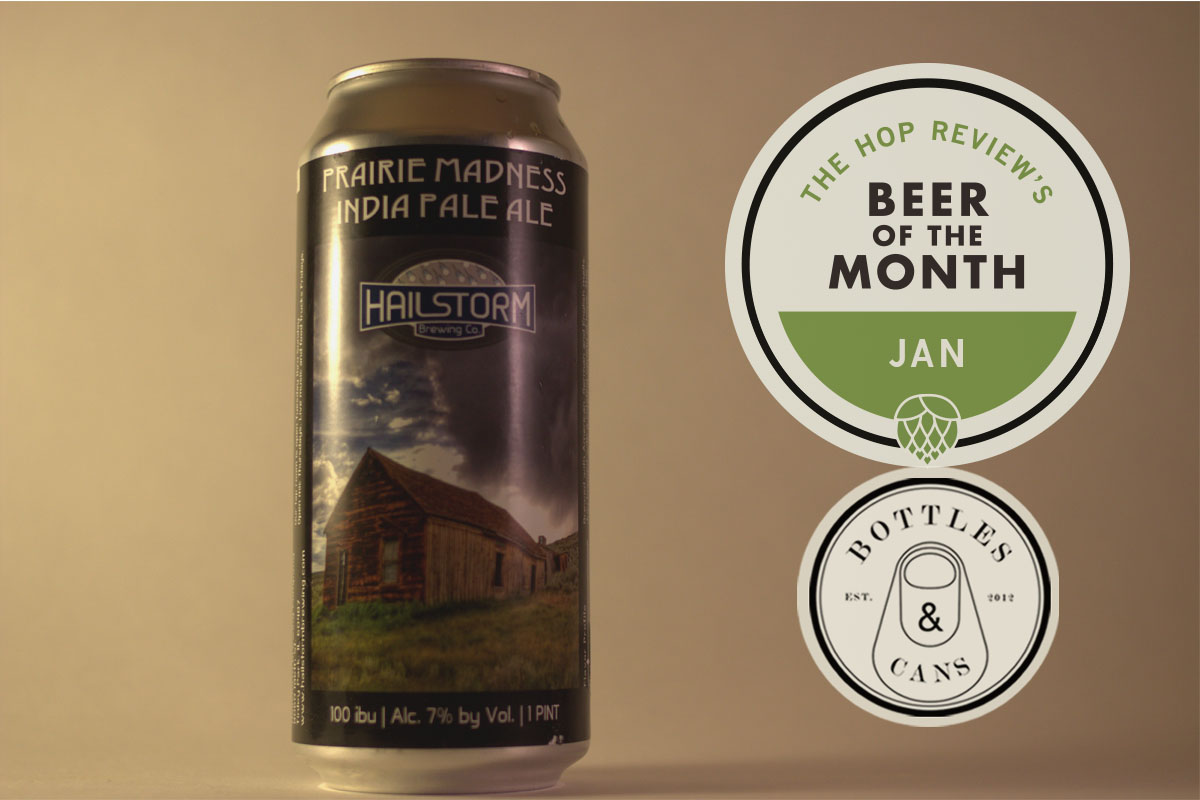 Tinley Park’s Hailstorm Brewing Co has been flying under the THR radar for a bit. Seeing as we all live in the city, it’s hard to get out to the suburban breweries. Lucky for us we’ve been noticing more and more of their stuff on shelves across the city and that got us interested. Like many breweries today, Hailstorm began with a couple of homebrewers dreaming about going pro. After working out the logistics and finding a space, that dream became reality. Aside from a cellar to store barrel aged goods, Hailstorm has a taproom that offers their regular lineup plus a few one offs only available there. To kick off the new year we picked up some Prairie Madness and we think you should do the same.

You can pick up Hailstorm Prairie Madness at Bottles & Cans (4109 N. Lincoln Ave.) in Northcenter. 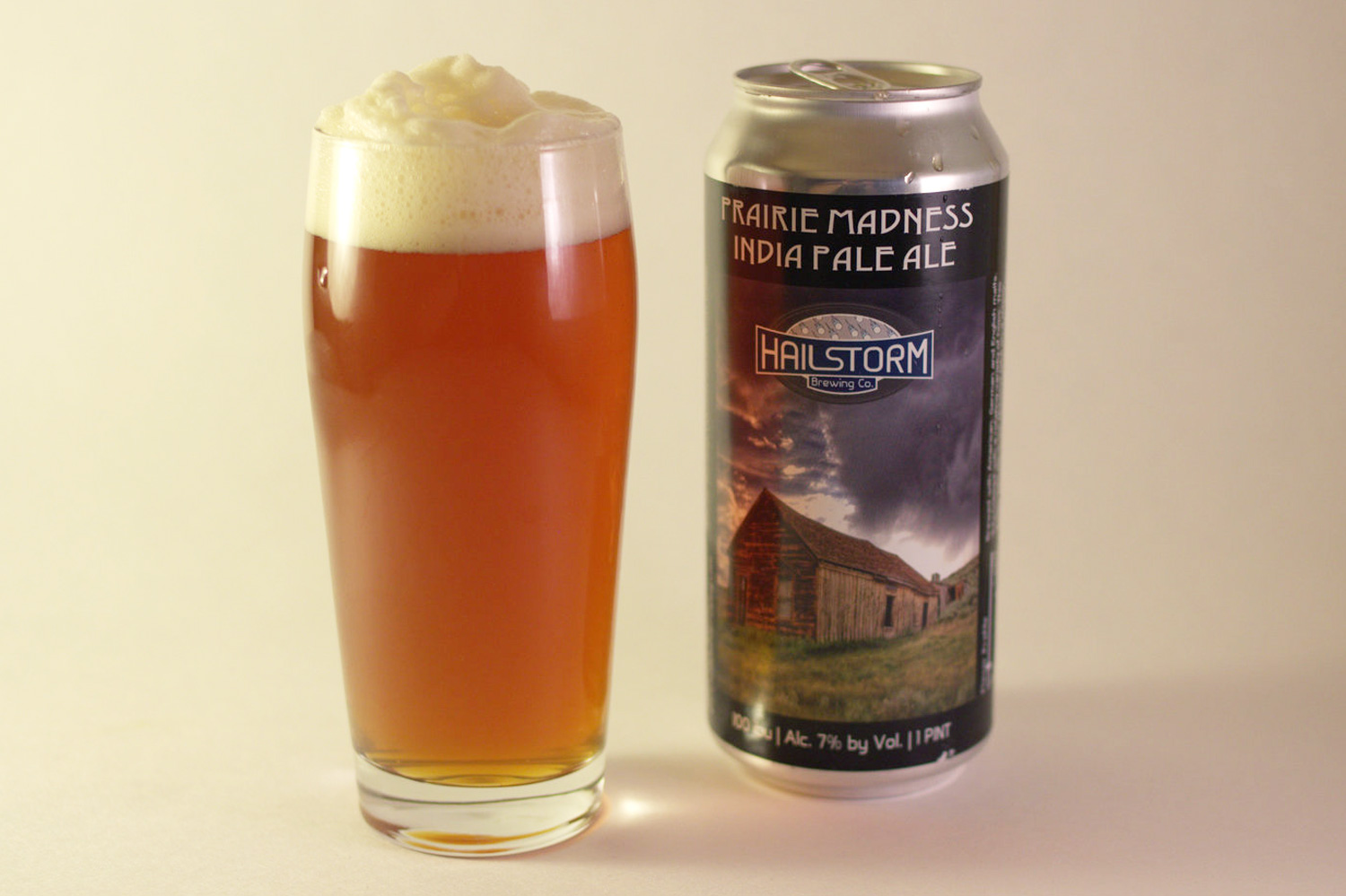 Our first taste of any Hailstorm offerings comes via Prairie Madness. We’ve been in Stout and Porter mode for the past few months so it’s great to reach for something hoppy. At 100 IBU, this thing has plenty of hops in it to satisfy our craving. Poured out we see an orange amber beer topped off with a pillow of off white foam. The aroma is spicy with big hints of grapefruit and subtle notes of pine. Additionally, you get a bready, crackery aroma from the malt profile. Take a sip and you get a resinous, sticky, hoppy IPA with just a slight touch of sweetness at the end. For 100 IBU we were expecting something a bit more bitter and dry, but we dig the subtle sweetness. At 7% ABV, you got a very smooth easy drinking beer that can keep you warm on a cold winter day.