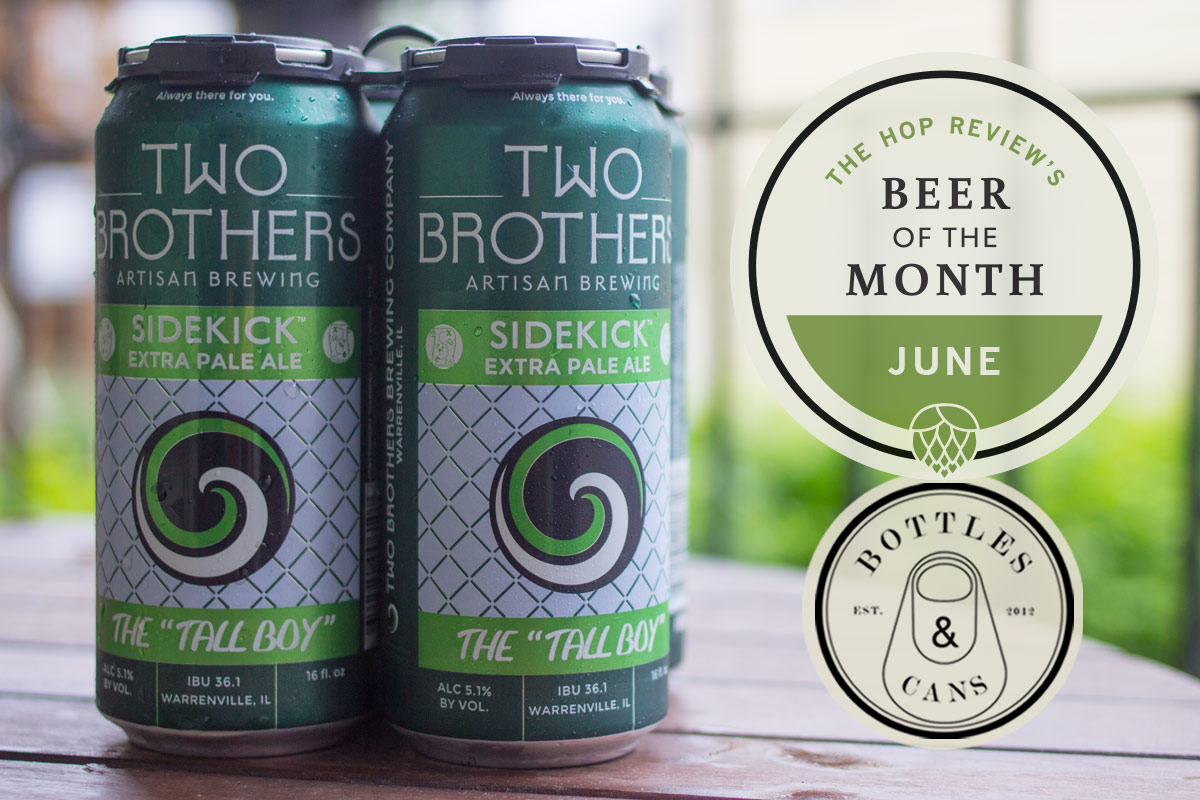 June Beer of the Month

Each month, we share a beer that we think you oughta pick up. We’ve been working with a local bottle shop to select a beer that’s seasonably appropriate, accessible, not too harsh on the wallet, and might even impress your friends. We’re off to a cold start this June, but with summer just around the corner or BOTM is the ample ease-into-summer beer:

In the early 90’s, brothers Jim and Jason Ebel were successfully running The Brewers Coop, a homebrew supply shop. As is often the case, their passion for brewing beer grew and in a few short years their dream was to open a brewery of their own. That dream quickly became reality and Two Brothers became one of the the earliest craft breweries in the Chicagoland area. Since then, they’ve been banging out award winning beers like Domaine Dupage which picked up a gold medal at the 2014 World Beer Cup. The range of their portfolio is immense serving up the likes of Cane & Ebel (Rye Beer), Heavy Handed (IPA) to Ebel’s Weiss (Hefeweizen). This month we decided to focus on Sidekick, a relatively new beer from Two Brothers that just went through a packaging refresh. Take a look at the specs below.

You can pick up Two Brothers Sidekick at Bottles & Cans (4109 N. Lincoln Ave.) in Northcenter. If ya get to Bottles & Cans, ask for other recommendations from owners Joe and Carly or any of the other knowledgeable staff on hand. And tell ’em we say hey! 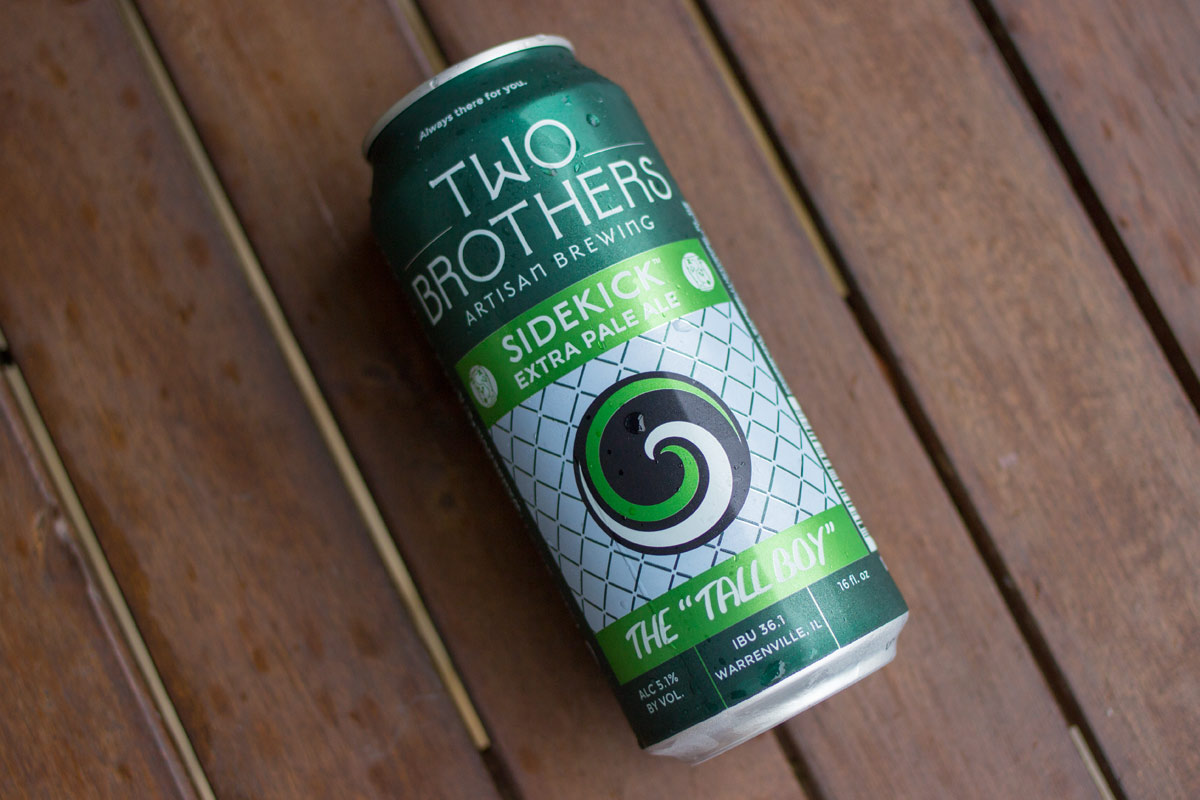 Summer weather means it’s time for easy drinking beers and Sidekick is just that. This light straw colored APA comes in at an enjoyable 5.1% abv, perfect for throwing a few back. Pouring this beer leads to a prominent crown of bright white foam with a constant stream of bubbles climbing to the surface. Frothy white lacing etches the glass as you drink this one down. The aroma is full of grapefruit and orange citrus notes. As it warms up, you can detect  slight biscuit and cracker notes from the malt. On first sip, you get some of the citrus notes similar to the aroma which then lead to a more grassy hop taste. The balance between sweetness and bitterness is just about equal which makes this an easy one to take down.

Sidekick is available in multiple formats but we at The Hop Review prefer the 4-pack tallboy variety. 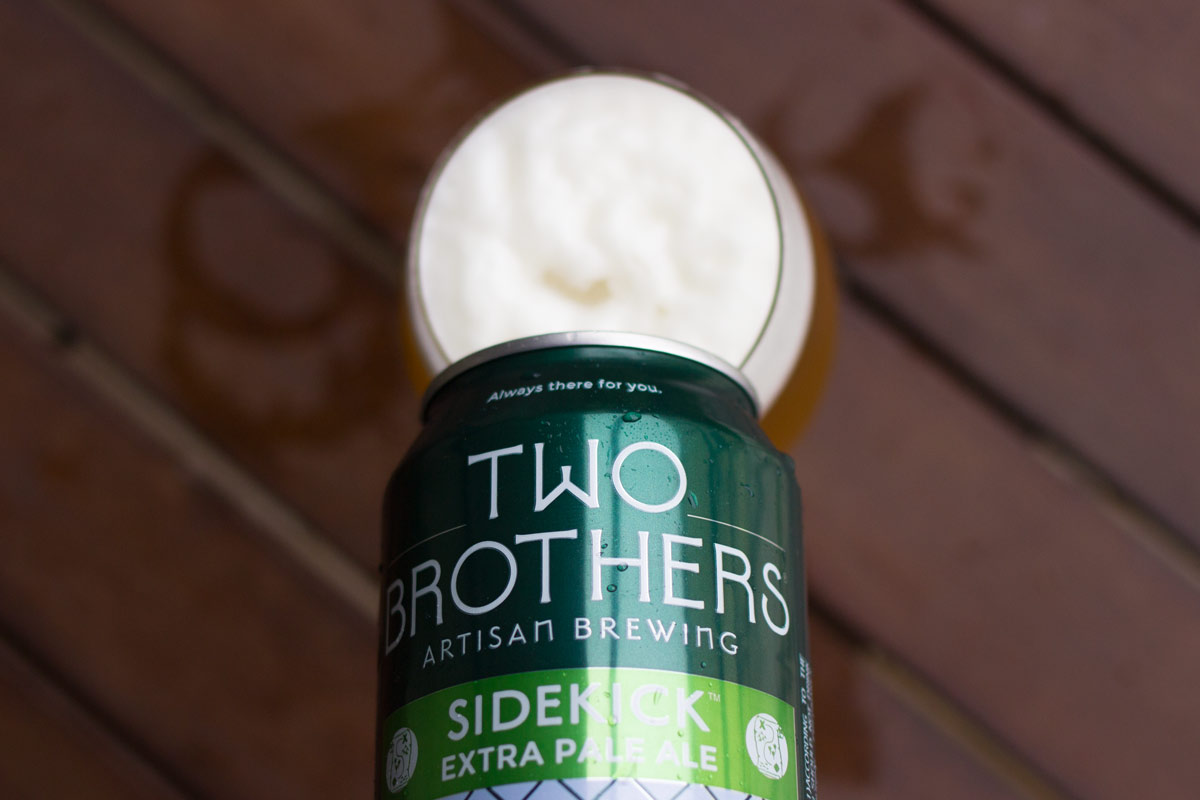 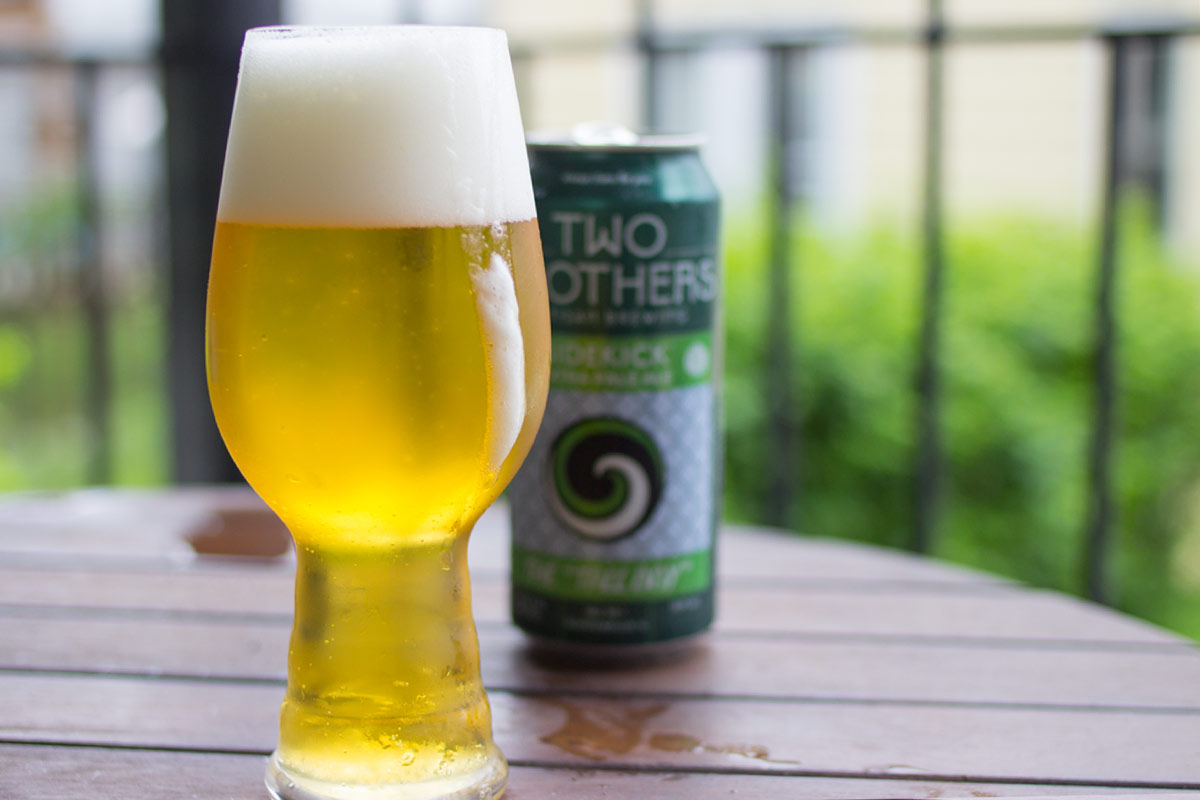