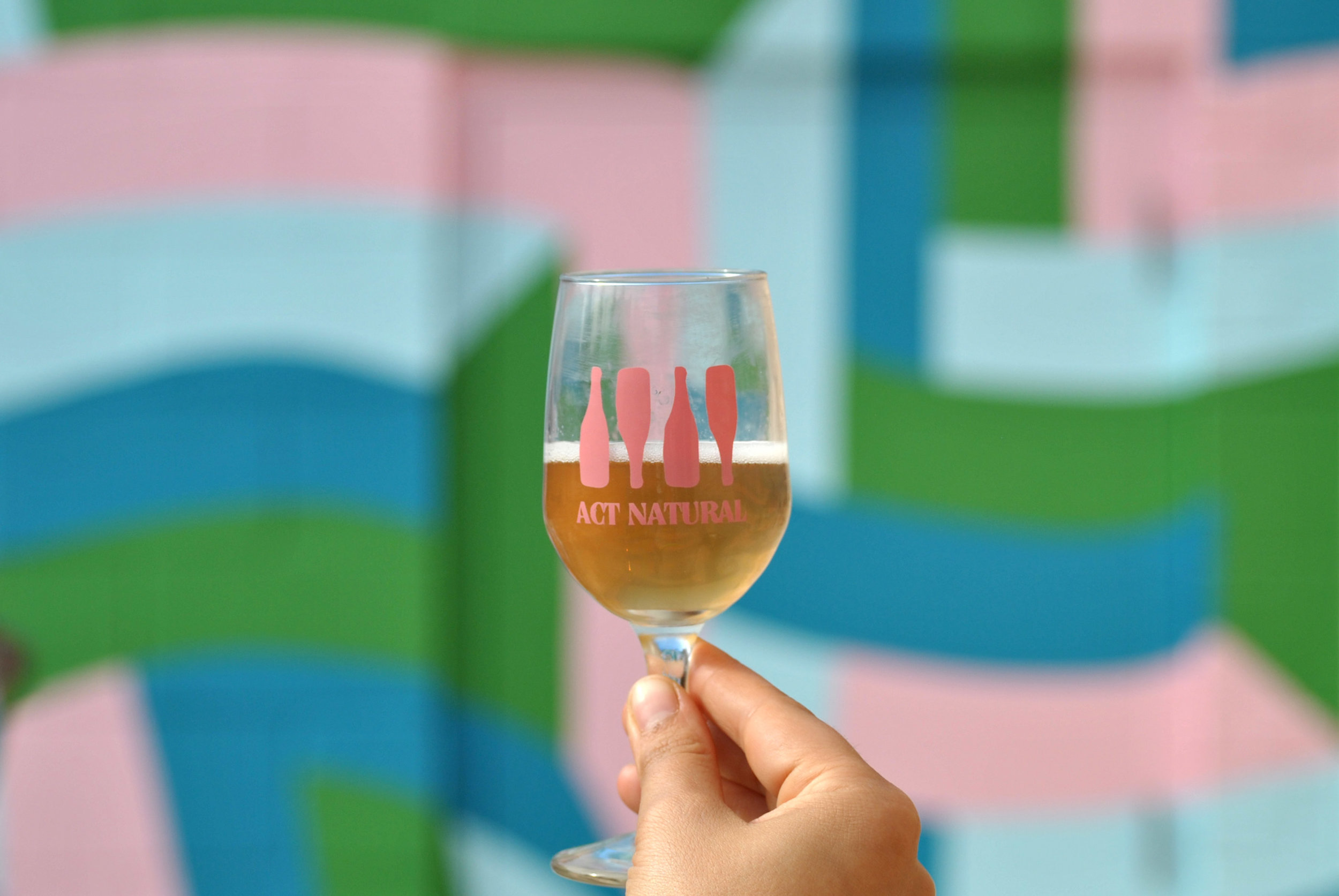 As was described in our event program, upon entering Sleeping Village on August 10th, “After diving into the world of natural wine, the team at

So there we were, at the beautiful new-ish craft beer and beer garden destination in Chicago’s Avondale neighborhood, excited to take in a feast of wild ales, but also learn more about what the world of natural wine could offer a beer-forward palate, like ours. And like we were just a few months ago, you might be asking, “Right, but what is ‘natural wine’? Isn’t all wine natural…?” The short definition is that these are wines made from grapes that have been organically farmed and fermented with “native” yeast that is already found on the grapes themselves. From there, the wine ferments without chemical additions, resulting in a vibrant and “raw” wine–that some often describe as a “living” wine.

And in the world of sour and funky wild ales, yeast is also king. Strains like Brettanomyces have been paramount in introducing drinkers to the world of “wild ales.” These yeasts give off characteristics that are hay-like, fruity, tart and even cheesy. And with such a complex range of flavor profiles, we’ve become big fans of these brewing styles. They’ve even become so popular as to influence other entire festivals around the theme, like Upland’s Sour Wild Funk Fest, which we attended last year…

I digress… We were fortunate enough to attend this inaugural festival of funk put on by the Hopewell team, here in Chicago this past weekend, and–while we enjoyed the introduction into the world of natural wines and even ciders–have selected five of our top beer choices from the event.

Here is the shortlist of ales that we felt left a mark, listed alphabetically…

The new-ish saison focused brewery from suburban Lombard has been introducing Chicagoland palates to a wide range of the classic style. Here, they won us over with Tradition, a mellow and buttery–yes, we went there–Chardonnay barrel blend that gave off aromatics of sweet popcorn and finished as dry as you’d expect its namesake wine style to do.

Northcenter’s self-proclaimed Continental European-style brewery gained a whole new slew of fans when they began releasing their Belgian Lambic-style beers roughly a year ago. One of those beers that perked up many folks’ palates was their Kriek. This year’s version was packaged slightly earlier than previous year’s, resulting in a brighter, younger beer that is chock-full of Michigan cherry flavor. It’s slightly prickly and sharp, and all around…tart.

Hopewell’s FoBAB-medal-winning Crudités was the first liquid that reached our glass upon entry to the fest–this time by way of their new Mosaic variant. And in many ways it helped set the tone for the event. On the nose, it was super cheesy and packed a punch that stuck with us the rest of the afternoon–with hints of citrus and catty-funk. This was their 2019 version of the popular beer, and had just been packaged in time for the event, and we were sure glad it did.

Leave it to Middle Brow to give us one of the most interesting pours of the day. Their creativity and nuance should surprise no one at this point, but still, we were taken aback a bit by this wild beer/natural wine blend concoction. A follow-up to a blend they had experimented with earlier this year, Swick After Ruth #2 was made by mixing some 2018 Melon from Swick Wines with Middle Brow’s foeder-fermented Brett beer, It’s Crowded. The result was a milky, mellow, still beverage that drank much like a cask ale, borrowing characteristics from both wine and beer worlds.

BACK OF THE YARDS, CHICAGO – BELGIAN GOLDEN WILD ALE, 6.5% ABV

Full disclosure: I got married in their taproom almost exactly one year ago… And I’ve been riding a Whiner Beer Co. high and drinking down as much of the stuff as I can as of late. So, I was very happy to see their chamomile version of Miaou available at Sleeping Village. It’s slightly fruity and melon-like with a distinctly soft, floral profile that closes with an almost graham-cracker-like-sweet finish. It’s a welcome addition to their lineup, we think. 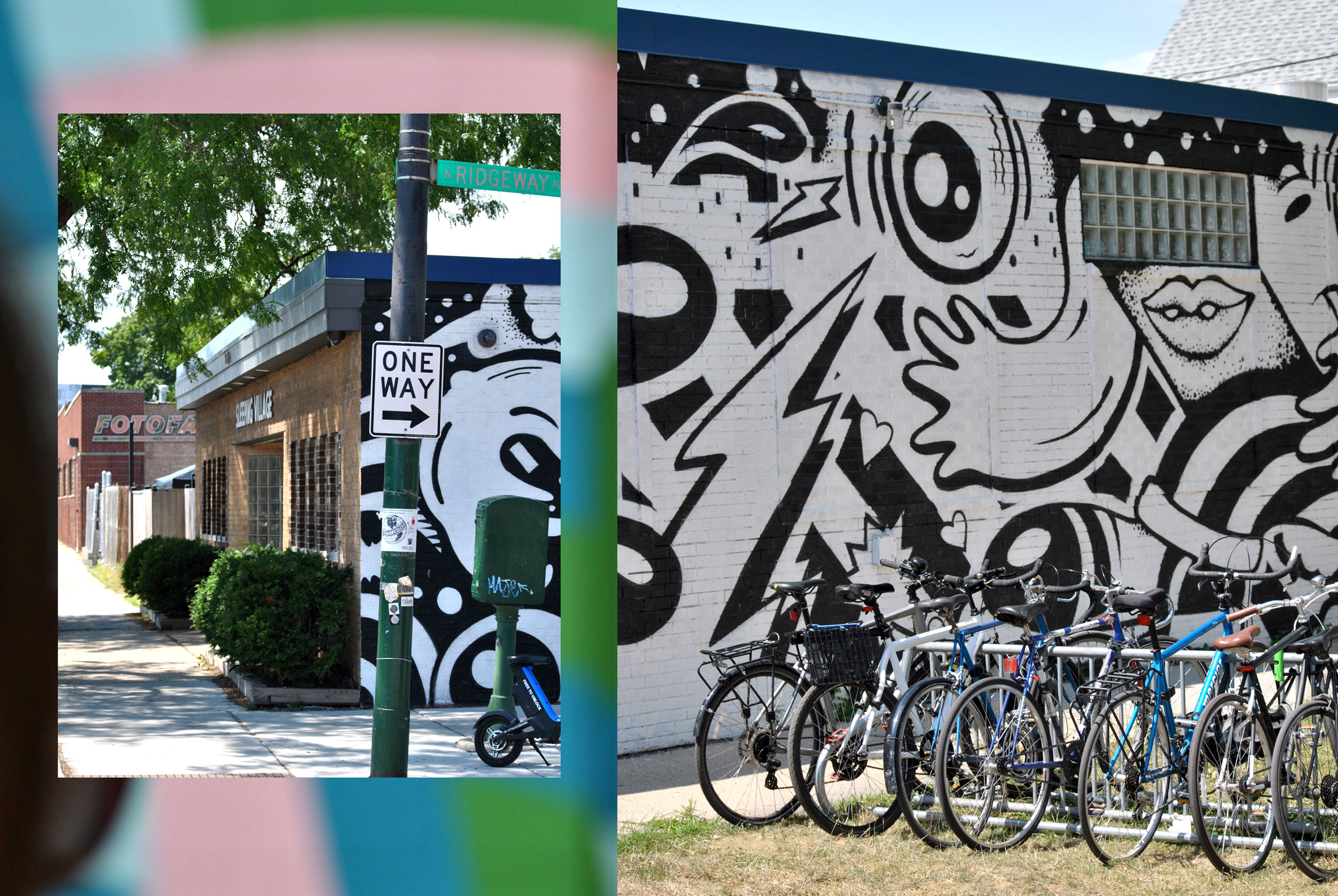 Thanks to Hopewell Brewing Co. & Sleeping Village for playing host and to the several breweries, wineries and cider makers in attendance for their fantastic offerings. Also thanks to Matt Geerling for his tasting notes and curation help.