6 Beers You Should Be Drinking this St. Patrick’s Day 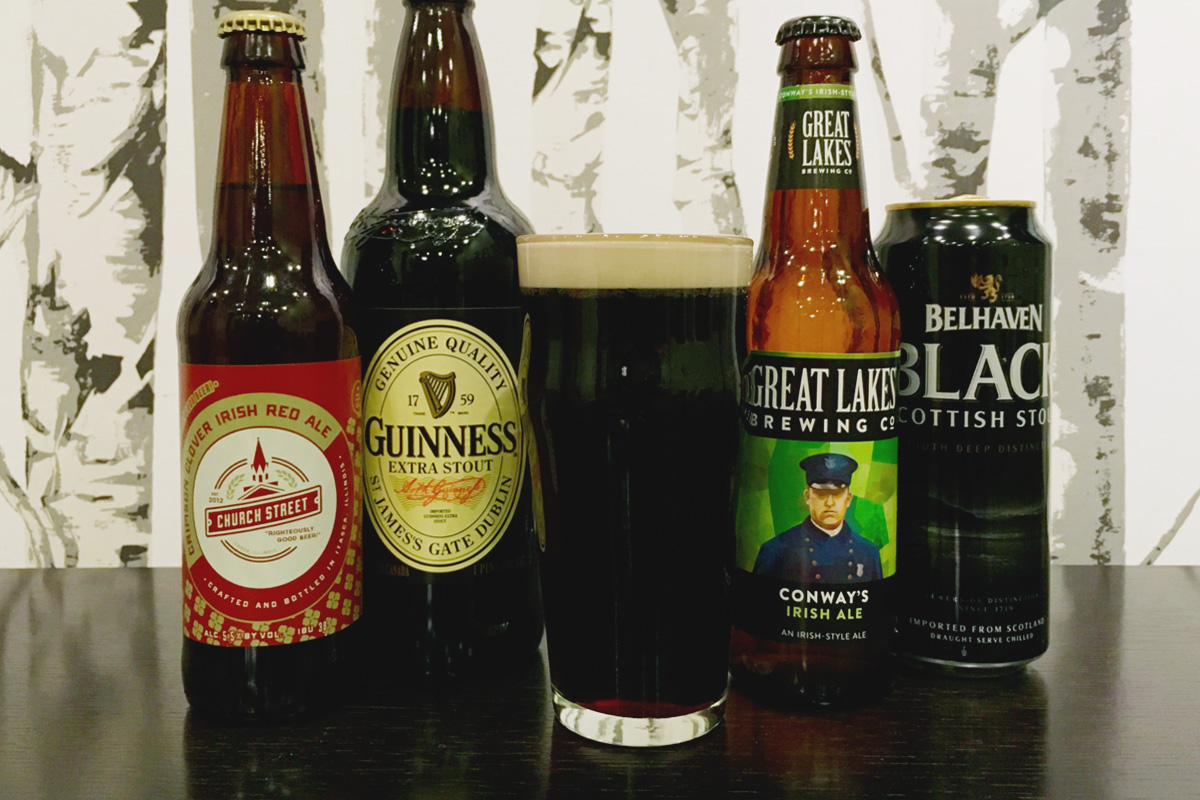 With everyone’s favorite drinking holiday just a couple weeks away, it’s time to dig out every piece of green clothing you own, and prepare for a marathon day of imbibing. But just because you’re dressed head-to-toe in green, doesn’t mean your beer should be green too. I’ll be damned if the pubs back on the Emerald Isle would ever allow a patron to raise a glass of neon lager.

It’s time to start celebrating with quality, and not quantity, on St. Patrick’s Day. Here, The Hop Review has selected six ales to help you celebrate like a (sorta) true Irishman on March 17th. And with relatively higher ABVs across the board than that nasty green stuff, you will still be pretty toasty come lunch time. 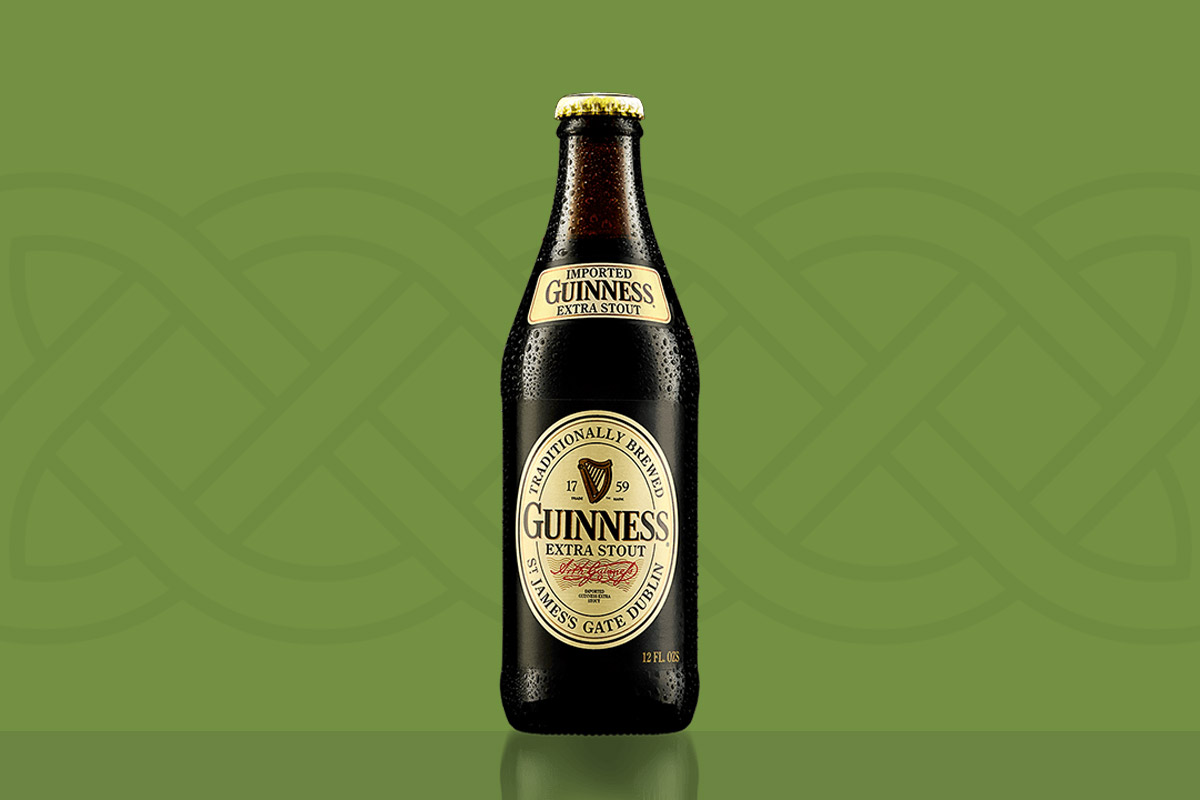 You’re all probably thinking right now, “Wait, how original is Guinness on St. Patrick’s Day?” Well, the nitro draught version we are accustomed to across the U.S. has only existed since the late 1950’s–it was developed in conjunction with the famed Irish brewery’s 200th anniversary.

The Guinness we have here is Extra Stout, or “Original.” Only available in bottles, this is nearly the same beer Irish immigrants have been drinking since 1821. Dark malt flavor, roasted barley, and a bittersweet finish. Unlike the Draught version, Extra Stout is carbonated, giving it more of a hop bite and crisp mouthfeel. 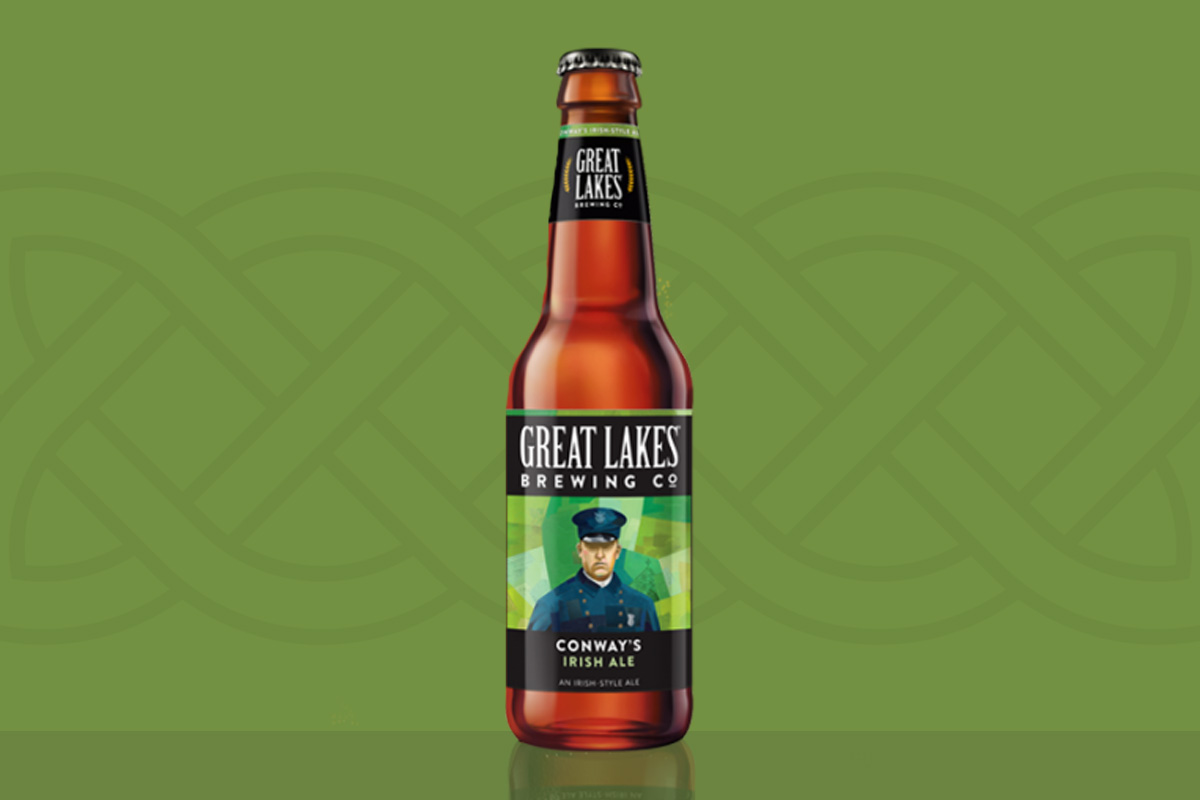 This brilliant amber ale doesn’t say much when you bring it to your nose, but as soon as it touches your lips you get hit with caramel malt sweetness and big notes of biscuit and roasted nuts. A mild earthy hop bitterness is also there to round out the sweet malt, but it takes a backseat. It’s medium bodied and well carbonated creating a smooth dry finish and drinks much easier than its 6.5% ABV. 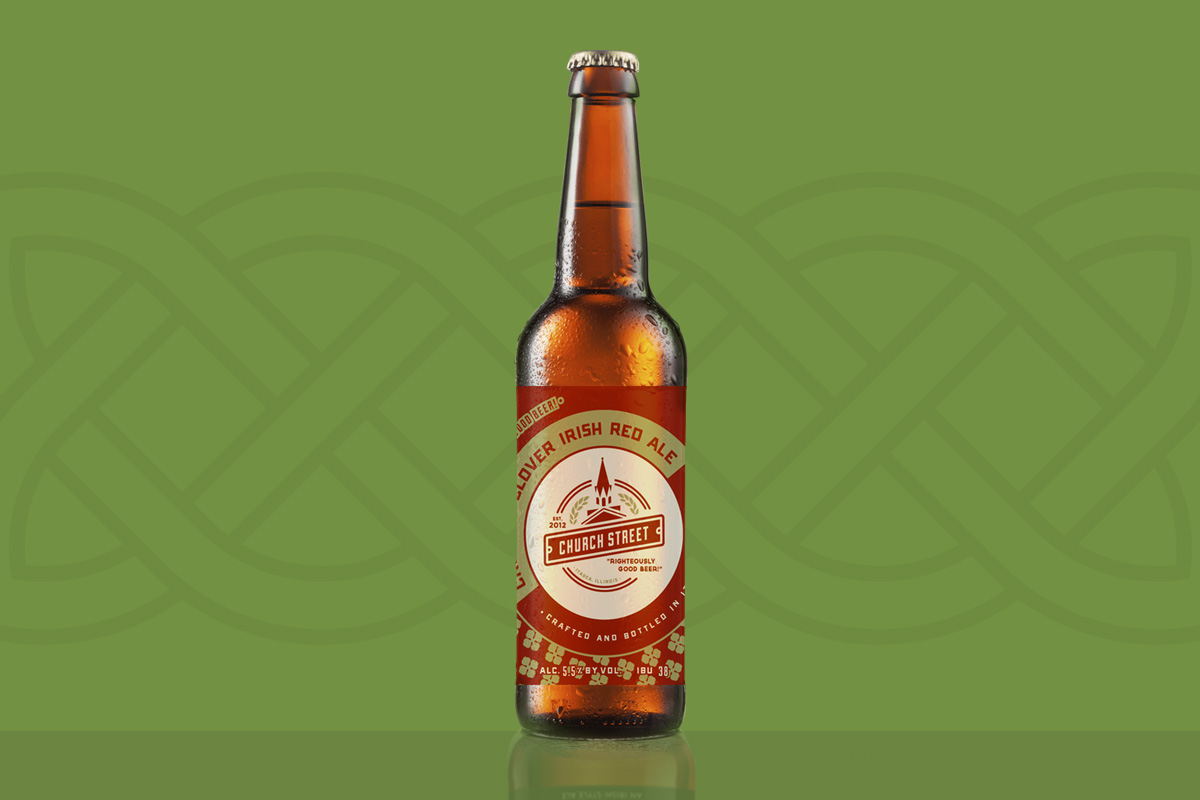 A beautiful garnet ale, although a little murky when poured from the bottle, is topped with a creamy head. Brewed using 100% UK hops lend a earthy presence throughout and Crystal and Vienna malts add notes of caramel, toffee, and buttered toast for a smooth and complex flavor. 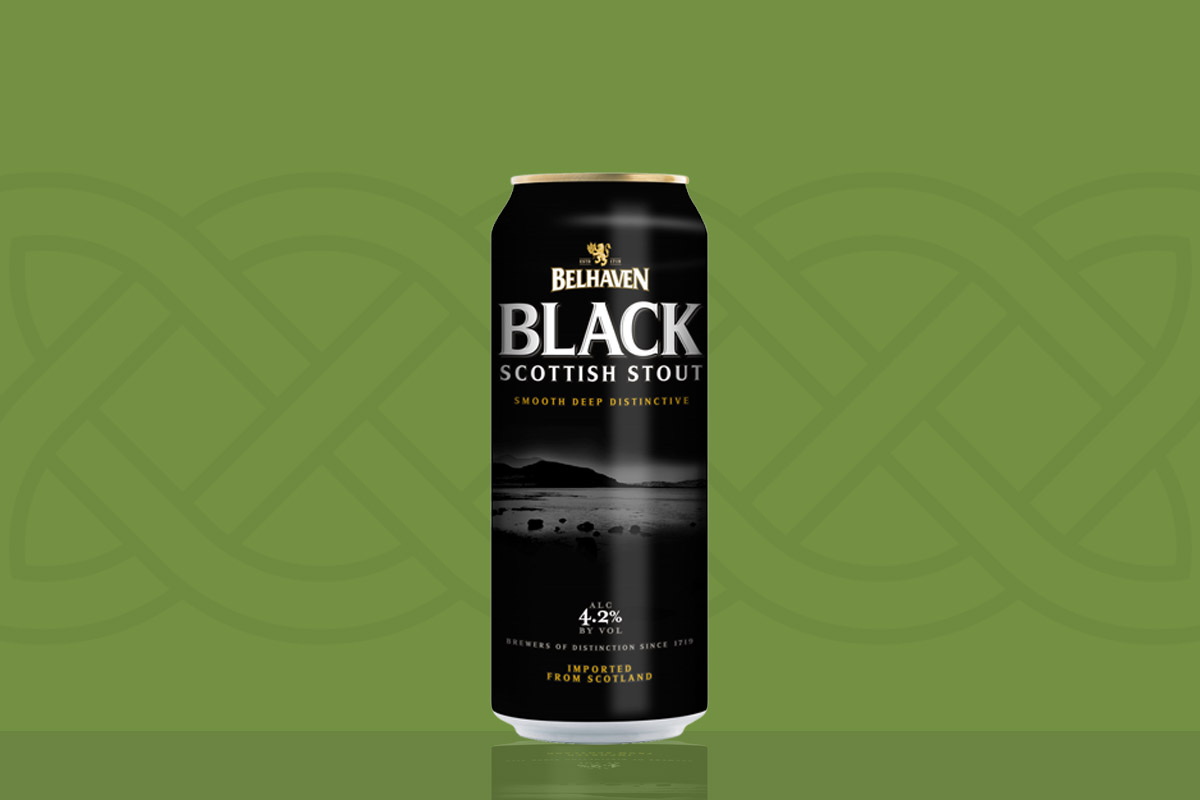 If you’re not willing to give up that nitro creaminess you expect from a Guinness Draught, try Belhaven Black.  The can may say Scottish, but this is actually a great example of an Irish Dry Stout. While this brew is light, it’s complex; light coffee grinds, roasted malt, charcoal, light cream, cocoa and some smoke are present on the nose and on the tongue. 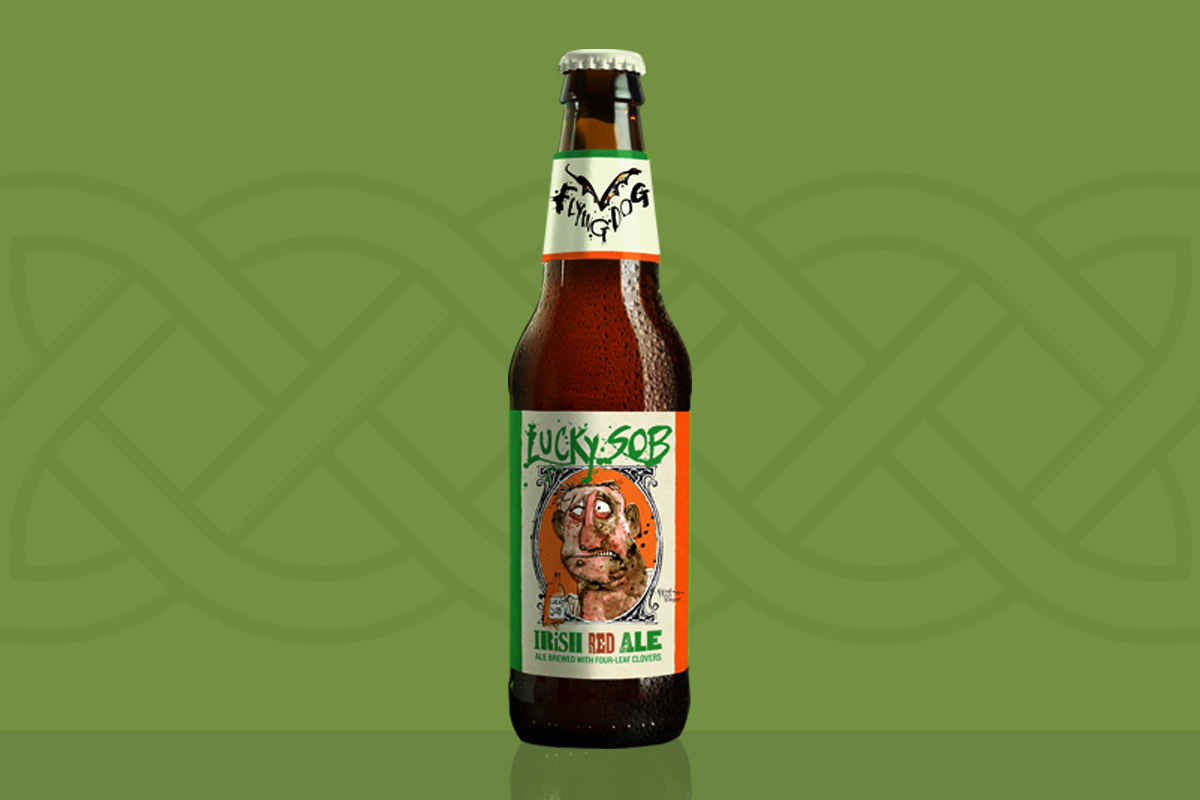 Brewed with real four leaf clovers (according to Flying Dog), Lucky SOB has aromas of sweet bread and rich malts. Flavors of toast and honey from Irish and caramel malts, and a slight earthy hop bitterness are also present. It’s medium bodied that finishes clean–although we’re not sure you’ll be able to say the same about your St. Paddy’s Day… 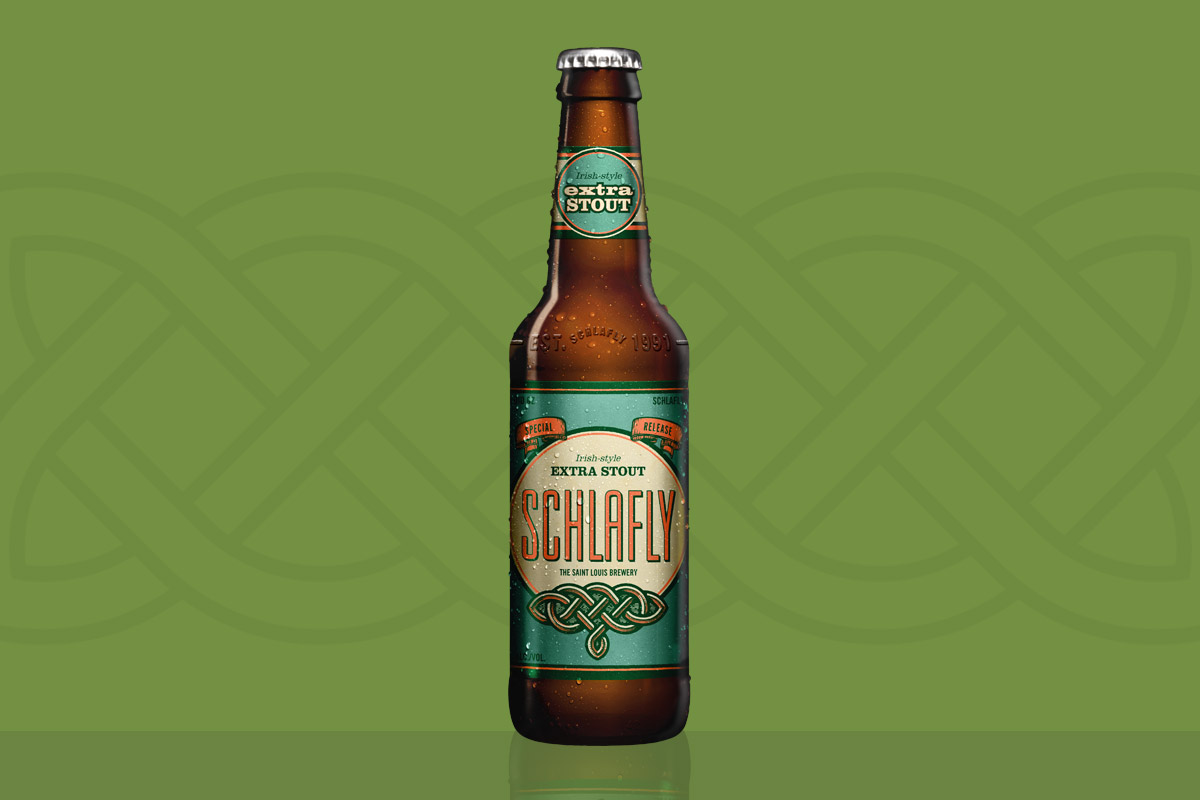 They call it Extra Stout for a reason. At 8%, Schlafly’s Irish extra stout is approaching imperial status, but still maintains that smooth finish you would expect from the traditional style. The higher ABV brings with it more pronounced flavors of chocolate, coffee, and dried fruits. Let this one warm up, it’s meant to be sipped…not chugged after a shot of Irish cream or whiskey.