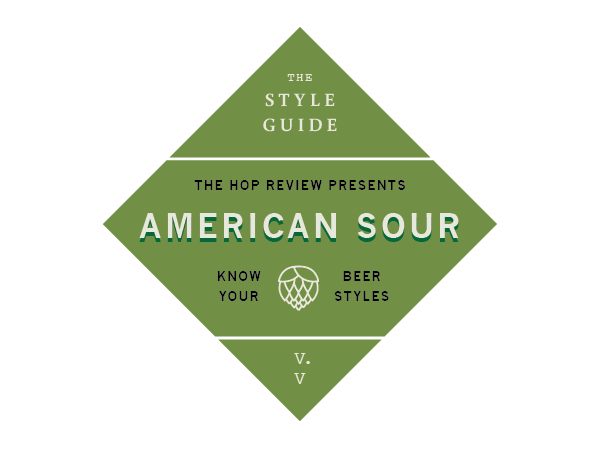 Today the term ‘sour beer’ is almost as broad a term as ‘ale’ or ‘lager.’ The scope of styles includes the 1000-year-old styles in Belgium like Lambic, Gueuze, and Flanders Red. Or the refreshingly tart German Berliner Weisse and Gose. And then there are the American sours, also referred to as wild ales, that took traditional styles and made them their own. Regardless of where your beer is coming from, sour beers are becoming part of many breweries’ portfolios, and there are even a few breweries popping up in the States solely dedicated to the puckering drafts.

If we truly wanted to nerd out, we could spend days discussing Belgian beer history, its impact on modern brewing, and celebrated beer styles. But I only have a few paragraphs here to focus, so this Style Guide will be honing in on the ‘American sour’ and ‘American wild ale.’ While sour and wild are sometimes used synonymously, wild ales have a completely unique brewing practice all there own.

Wild ales rely on spontaneous fermentation; a practice where unfermented beer, or wort, is left in open containers to cool. During this cooling process the fresh beer is infected with wild yeast and bacteria that give the beer a truly unique characteristic. The wild “bugs”, if you will, bring flavor and aroma unique to the breweries local surroundings–perhaps farms, wineries, or orchards. After the wort has been infected, the beer is moved into barrels or wooden vats where it will continue to develop and ferment.

Michigan’s Jolly Pumpkin is one of the leading breweries for wild ales in the US. It took Ron Jeffries, Jolly Pumpkin’s founder, nearly four years to cultivate and harvest his brewery’s unique yeast strand–a product of the local flora and fauna of Dexter, Michigan. Now Jolly Pumpkin has a full line of wild ales, from golden ales to stouts. But they still have one thing in common, they all have that local “funk” from his yeast strand that makes them deeply complex and enjoyable beers.

While some brewers are using the local terroir to help create their sour ales, others are using harvested wild yeast strains and bacteria to create a sour profile. The two most common bugs are Brettanomyces (better know as ‘Bret’) and Lactobacillus. Bret is a wild yeast responsible for bringing the barn yard funk characteristic to a sour. While many brewers are starting to use Bret for their sour ales, it is used with great caution. A brettanomyces infection in a normal brewing operation can spell disaster. Some breweries, such as Jolly Pumpkin, have gone to such great lengths to keep brettanomyces and other wild bugs away from their normal beers, they have two separate brewing systems.

The other popular ‘bug’ in sour beers right now is not a wild yeast, but a bacteria; the same bacteria used to make yogurt. When used in beers, like the German Gose and Berliner Weisse, it creates lactic acid during fermentation, creating that tart and tangy flavor profile. While Bret and Lactobacillus can be dangerous, when used in the right hands they create some beautiful beer. Beer that a growing number of craft beer drinkers are now seeking out.

As a community our palettes have continued to evolve. Think back 10 years ago. There were very few Imperial IPAs available, for example, but as we became more comfortable with bitterness in our beer, we wanted more. The same is happening with sour and wild ales. We’re more educated drinkers now, and while that first sip may catch you off guard, the nuances in these beers keep you wanting more.

While typically this is the part where THR recommends a few beers to try, sours are not as easily available as other styles, so we will recommend a few breweries to try–all local–to give you the best chance of exploring the style.

One of my all-time favorite beers is their golden ale, Oro De Calabaza. Slightly herbal and spicy with a hop bouquet of wild flowers. This beer is perfect to showcase Jolly Pumpkin‘s proprietary yeast strand’s characteristics that can be found across all of their beers.  Another to try is La Roja, a sour ale brewed in Flanders tradition–earthy and slightly sweet, with characters of dark fruits. This beer is a blend of barrel aged batches ranging from two to 10 months. If you’re in Eastern Michigan, make your way to Jolly Pumpkin.

Sours in a can. Destihl‘s Wild Sour Series, has everything from Belgian-style Flanders Red (one of our Beer’s of the Month), to German Berliner Weisse and Gose, and even an all-but-extinct style know as Adambier. Destihl also has the award-winning barrel-aged Saint Dekkar Reverse Series, highlighting the flora of southern Illinois. Not often seen around the city, these beers are worth seeking out at your local bottle shop.

Across state lines in the other Bloomington, you’ll find one of the Midwest’s most respected sour programs, at Southern Indiana’s Upland Brewing. These 750mL bottles are staunchly sought after by Midwestern beer nerds. So much so, that you have to fight just to get access to their lottery allotments eau release. Not to mention the tussling to get a taste of their pours at various festivals (see header photo, taken from last year’s Beer Camp where they ran out within minutes). If that’s not enough convincing, they are even hosting the “Midwest + Sour + Wild + Funk Fest.” Case in point. These beers are tart, fruity and uniquely “Upland.”

Goose Island has one of the largest barrel programs in the country. While Bourbon County gets most of the publicity, their ‘Sister Series’ is just as worthy of trying; with over 2,000 wine barrels dedicated to aging Lolita, Juliet, Gillian, Halia, Sofie, and Madame Rose. Each has its own unique fruit profile, all brewed in a traditional Belgian style. Chicagoans know how coveted these beers can be. This is often evident each year during Chicago Craft Beer Week when certain venues even host tastings of the whole series. They get folks’ attention.