The Hop Review is taking a road trip this weekend to Lincoln, Nebraska where we will watch our alma mater Michigan State Spartans take on the Cornhuskers. As we checked the map to see how many breweries we could visit in our eight hour drive from Chicago to Lincoln, it really made us appreciate all the amazing beer throughout Big Ten country.

Before we departed for Nebraska, we swung over to one of our favorite Lakeview spots, Beermiscuous, to see how many Big Ten beers we could get our hands on. Thanks to one of the most varied packaged selections in the city, and the knowledge of their manager/certified Cicerone (and Northwestern alumnus) Austin Harvey, we were able to pair a beer with each university. We selected a beer (not necessarily by school proximity) that we thought best represented each institution and the surrounding brewing community. 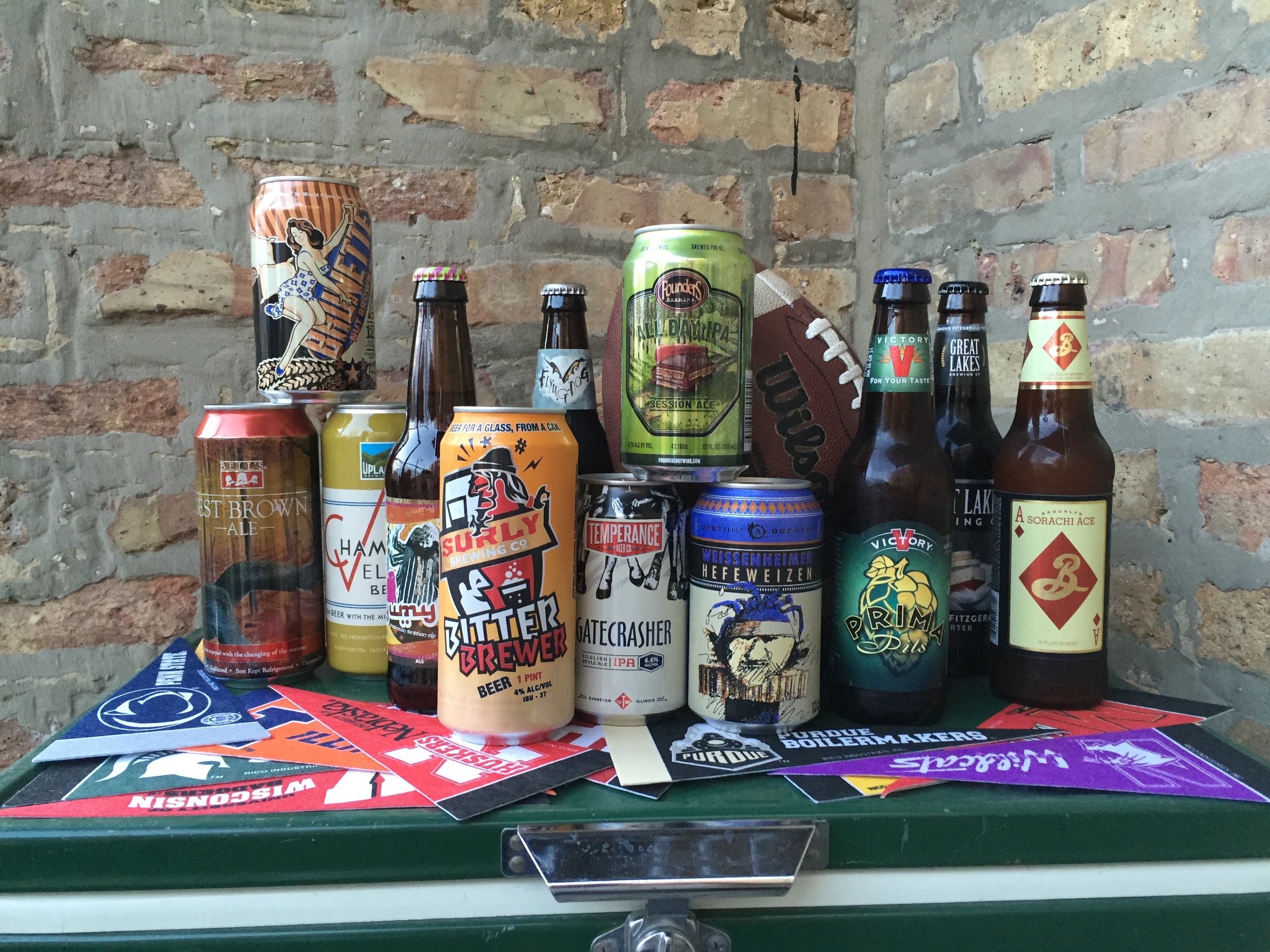 There truly is a ridiculous amount of great beer in Big Ten states, making this list very hard to narrow down. So let us know your favorite beer for tailgating, house parties, or a night out at the bars. Without further adieu, below are Austin’s thoughts for each respective B1G university’s beer pairing:

Ok, so Austin did write all of the other beer commentary. But, we couldn’t let him have this one. All Day, like the Spartans, is consistent, it’s good, yet sometimes surprisingly overlooked. A session beer that goes toe to toe with the big boys, this brew is ready to prove it’s best in class.

Much like Northwestern is to Chicago, the State University of New Jersey wants to be big in the Big Apple. As the lone Big Ten representative in the New York City area, Brooklyn’s saison makes for the perfect match.

Not a lot of beers from the Old Line State make it to Chicago, and even fewer are sponsored by Under Armour (whose benefactorship arguably singlehandedly brought Maryland into the B1G), so this will have to do. This porter is also quite good when it’s available.

Prima! is a German interjection with a highly positive denotation (think “Awesome!”, “Cool!”, or “Yahtzee!”). And if you dig a nice pilsner, you’ll likely think the same. It’s also what your team’s secondary says when they find out they’re going up against Christian Hackenberg on Saturday.

Full disclosure, I’m from Columbus, and it pains me to not have access to any of Columbus’ wonderfully burgeoning beer scene here in Chicago. It also pains me to be an apologist for Ohio State. Either way, in lieu of Columbus’ beers (seriously, try Columbus Brewing’s IPA, it’s phenomenal), Edmund Fitzgerald is still the standard-bearer of American porters; a national champion, if you will.

Like most Michigan fans, you are probably looking for a beer to pair with Jim Harbaugh’s khakis. Best Brown fits the bill, smooth and toasty, although it is a little less bitter than Jim was after his first loss to Mark Dantonio.

A perfectly sturdy and flavorful adjunct lager is great for game day–a welcome bonus when you’re expecting to see only macros at your tailgate. IU’s gridiron team was surprisingly decent against Ohio State this year, too. Both are from Bloomington.

The chances of seeing Purdue’s football team and bottles of Three Floyds show up in your life are equally unlikely. This joke worked much better before the Boilermakers beat Nebraska…

The downstate IL brewing scene has really taken off the last couple years, led by the cans from Destihl.  The football team? Not so much. This hefeweiss has a slight tartness and goes great with food. It’s in a blue can too. Illinois wears blue, right?

So, I’m a Northwestern grad (What did I learn? Don’t study theatre). I used to go to the dorm named after famed suffragette and prohibition activist Frances Willard, for their yearly rager on her birthday. That a brewery, let alone multiple breweries, would be in Evanston nowadays was a laughable thought even a decade ago. But, with well-named Temperance, and excellent brews like this English-style IPA, it looks like Evanston’s a craft scene to be reckoned with. Much like the Wildcat football team. Go ‘Cats!

Wisconsin’s craft beer scene is unrivaled. Heck, their booze scene is unrivaled. Check out Lewis Black’s fantastic bit on the ability of Wisconsinites to throw down. It’s legit. Anyway, Bedlam is a Citra-hopped Belgian IPA that is a slyly potent one. Excellent stuff. As for the Badger sports teams, well, you should’ve beaten Duke in the basketball final last year, and you should probably beat Northwestern football every year. C’est la vie.

If I were a Gopher fan I’d be bitter too! I’m still scratching my head on how they handed Michigan the win last week. Surly’s reintroduction to the Chicago market is welcome and fantastic. They are incapable of making a bad beer and this English Bitter is a slightly-hopped-up take on a classic.

Not a lot from Iowa makes it to Chicago, but if you ever get the chance to try this stellar coffee stout out of Davenport, do so. I can’t say anything bad about Iowa after they smoked my Wildcats by 30 points.

This beer is a malty, nutty take on the classic English brown ale that tastes like nothing else on this list. The football team? Let’s leave well enough alone.

Thanks to Austin Harvey, Cicerone at Beermiscuous, for his contribution for this article. 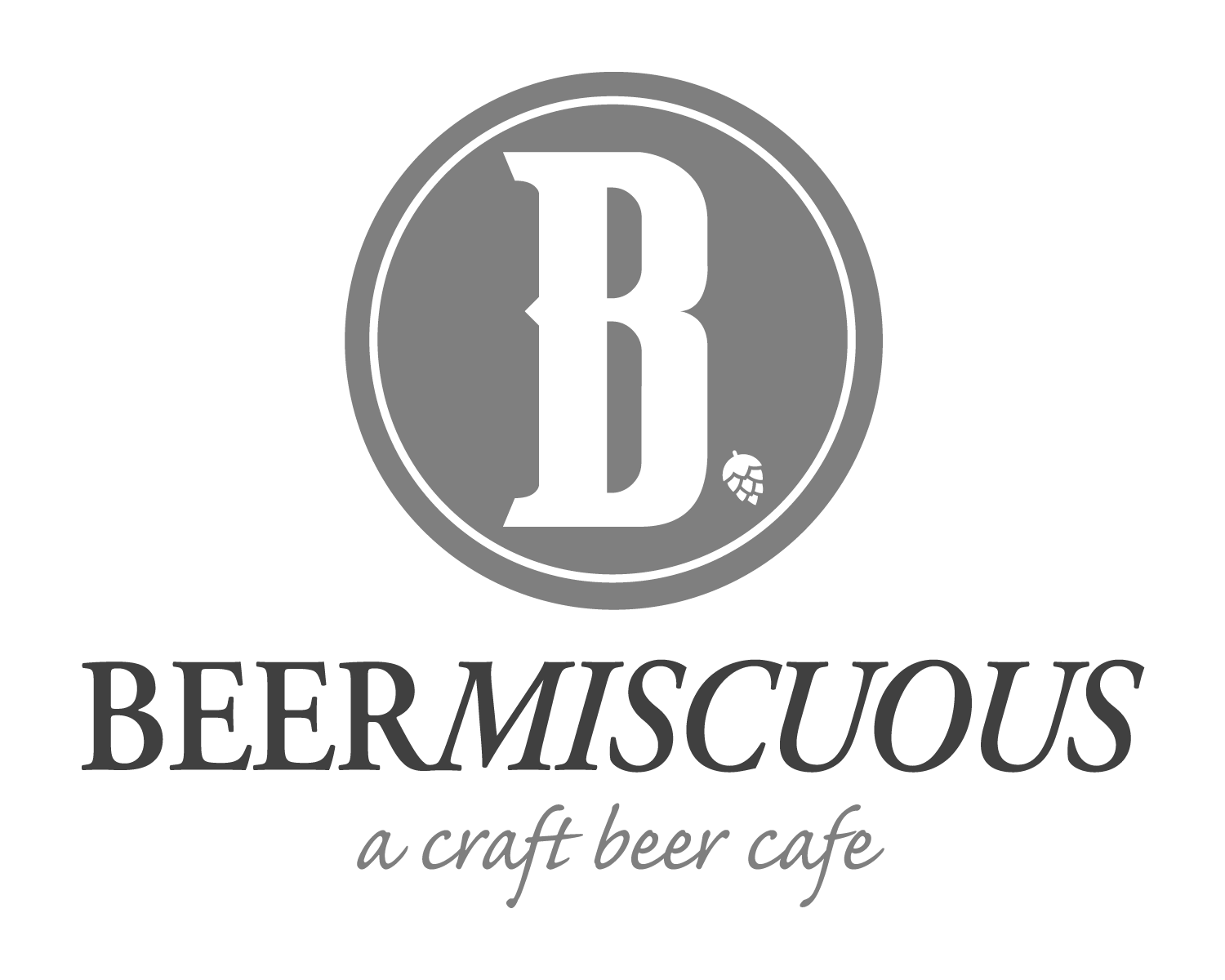