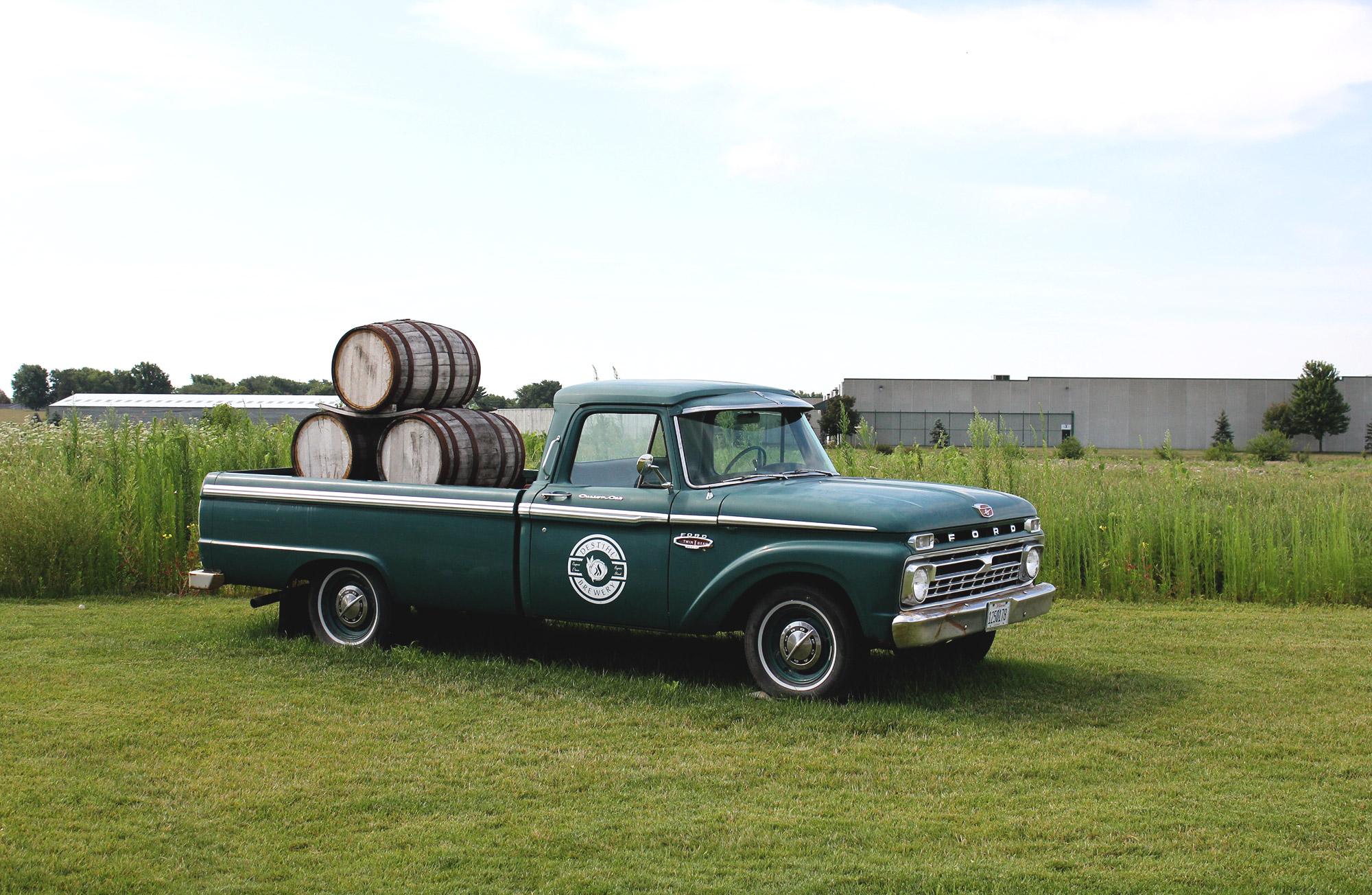 Walking up to Destihl Brewery in Normal, Illinois is somewhat of a grand experience. The brewery itself is huge–as is the logo beckoning patrons on the side of the building–emphasizing the success and growth of what started as just a small brewpub. Being from Bloomington-Normal, I had been to the restaurant and to the brewery once before…but this time, I was treated to a full tour with owner, Matt Potts.

One of the biggest aspects I noticed while touring the building was that it was built for growth. From first opening the brewpub in 2007, to now having a 47,000 SF second facility, Destihl has worked its way up to being one of the biggest–and best–in the Midwest. The brewery was designed and built with the capacity and space to grow even more in the future. With the brewery and beer hall only being a year old, Potts has his sights set on how they can keep growing and evolving within the ever changing beer industry. After seeing the demand for a social space to host gatherings and even weddings, a barrel-aged storage space was turned into the event hall, which can host upwards of 200 people to enjoy beer amongst towering barrels.

The unique experience doesn’t just stop there. Destihl hosts many events, including Saturday morning outdoor yoga, a summer concert series, and special beer release parties–proving their ability to appeal to the masses in more ways than just beer.

And while Destihl may be known best for their sours, the brewery crafts many styles of beer, aiming to provide a great pint, full of flavor, to each and every drinker. After all, their motto is “Support Flavor. Boycott Bland.” Talking with Potts about all of the different beer styles made it clear that a brewery can really do it all, and do it well. “If I have Vertex [IPA] and Soundboard [Deadhead IPA Series] in my fridge, I’m a happy man,” Potts mentions, appealing to my fellow hop enthusiast self, “When I get home, I love to cook while drinking a beer. Half of it ends up in the food. Almost everything I cook has beer in it, same as our menus. Sometimes I end up choosing what beer I drink based on what I’m making.” Hearing this isn’t exactly shocking, given the success that Destihl has had with brewing as well as their two restaurant locations, proving once again that beer and food is a match made in heaven.

When it came time to grab a pint, I found myself indecisive on what to order…so five different four ounce tastings were what I went with. I tried the Wild Tart Series: Gose Key Lime Pie (detailed below), the Deadhead IPA Series: Soundboard (an extremely easy drinking IPA), the Amra Mango IPA (sweet enough to have the mango shine through, but still balances by hop bitterness), the Mango Milkshake IPA (a creamy and surprisingly balanced IPA), and the Moonjumper Nitro Stout (smooth and pillowy, with a great coffee backbone).

Wild Tart Series: Gose Key Lime Pie [5.2%] – Myself not typically being someone to jump for a sour, owner Matt Potts took this as a challenge–from one hop head to another–to find a sour I would really love, saying that, “I just hadn’t had a great sour yet.” After trying the Gose Key Lime Pie, I can officially say I have been converted. The lime was strong without being overpowering, and the finish was so smooth and crisp, with no residual sour aftertaste, making me realize how drinkable sours can truly be. 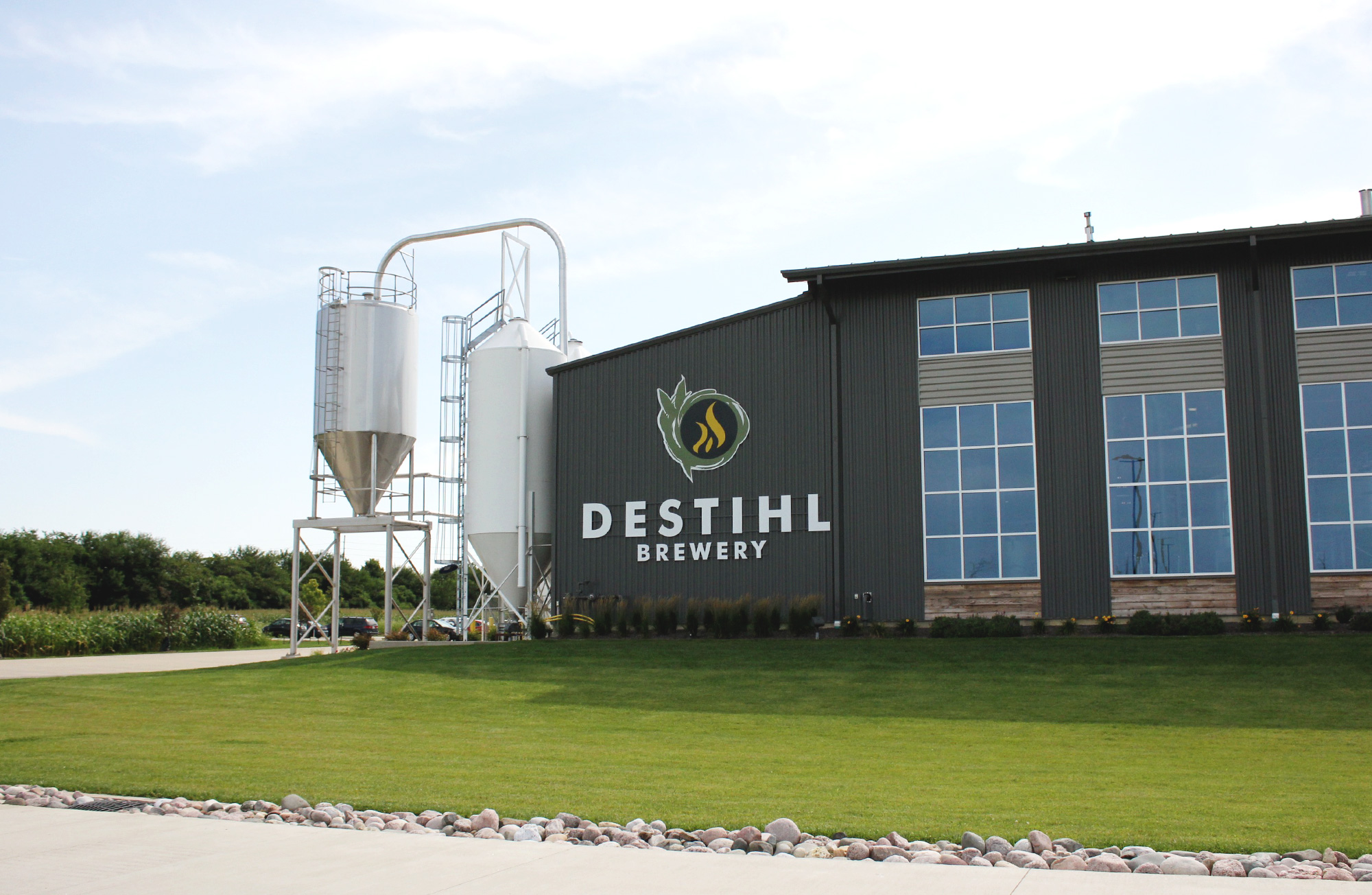 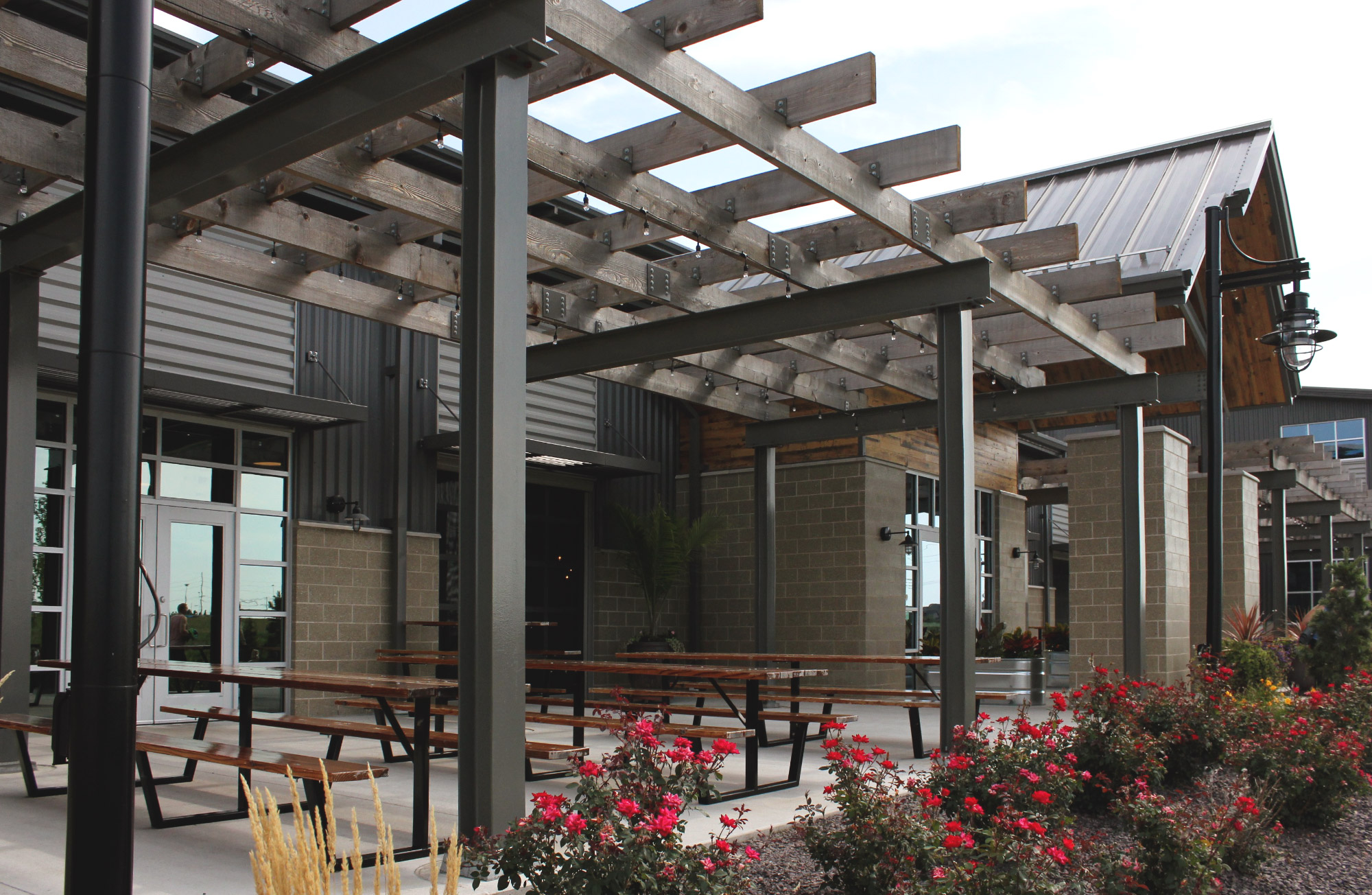 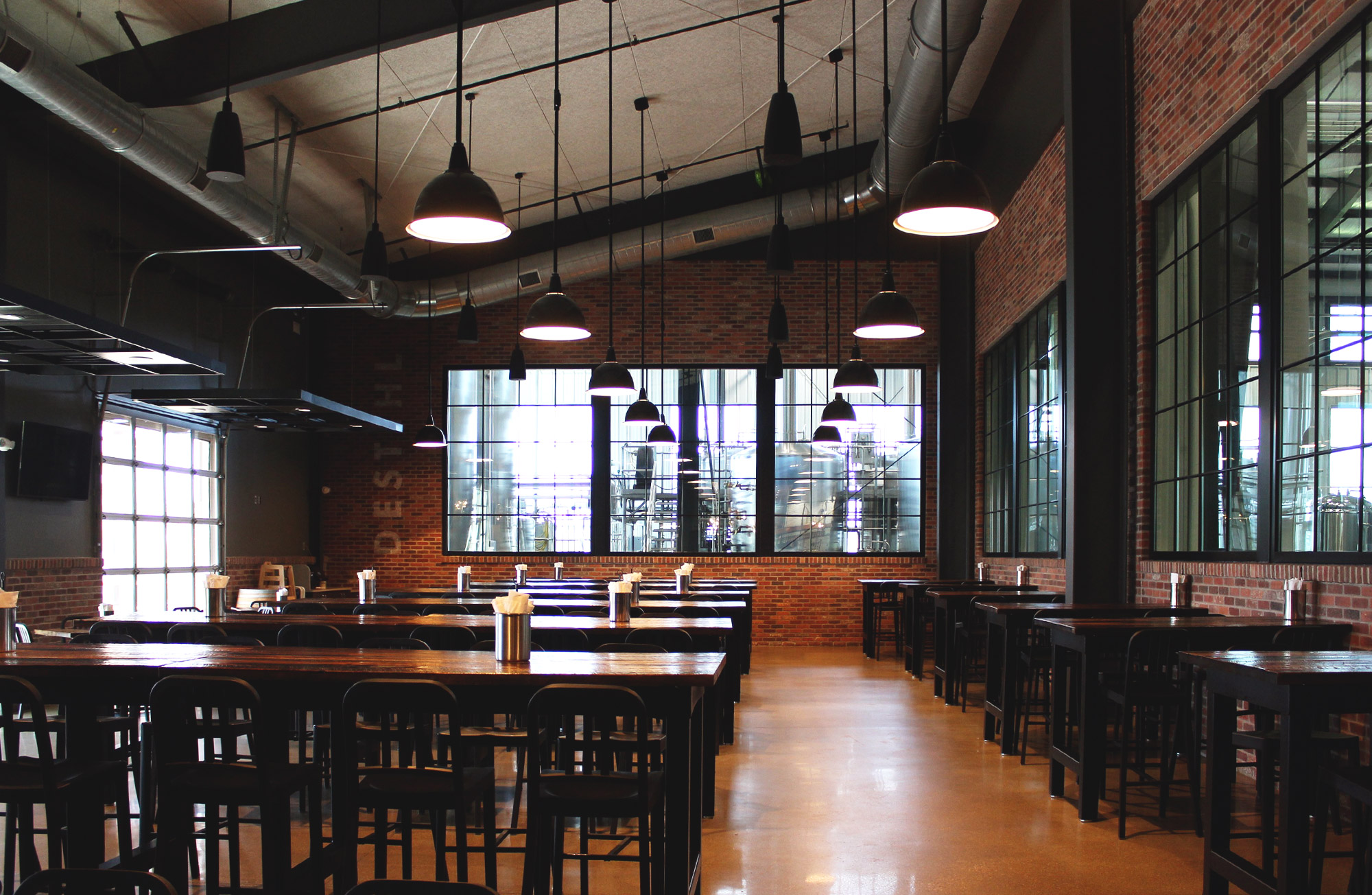 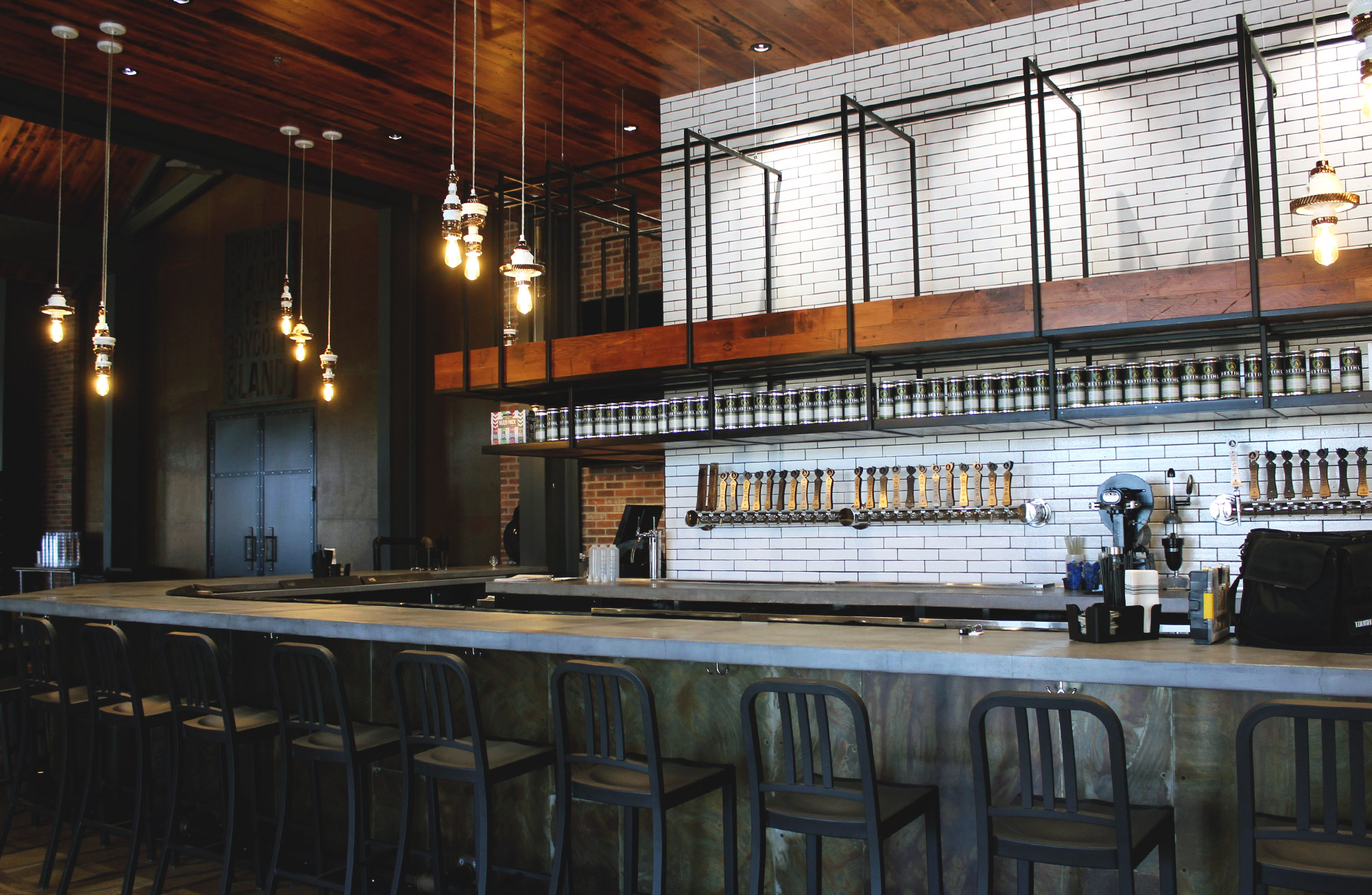 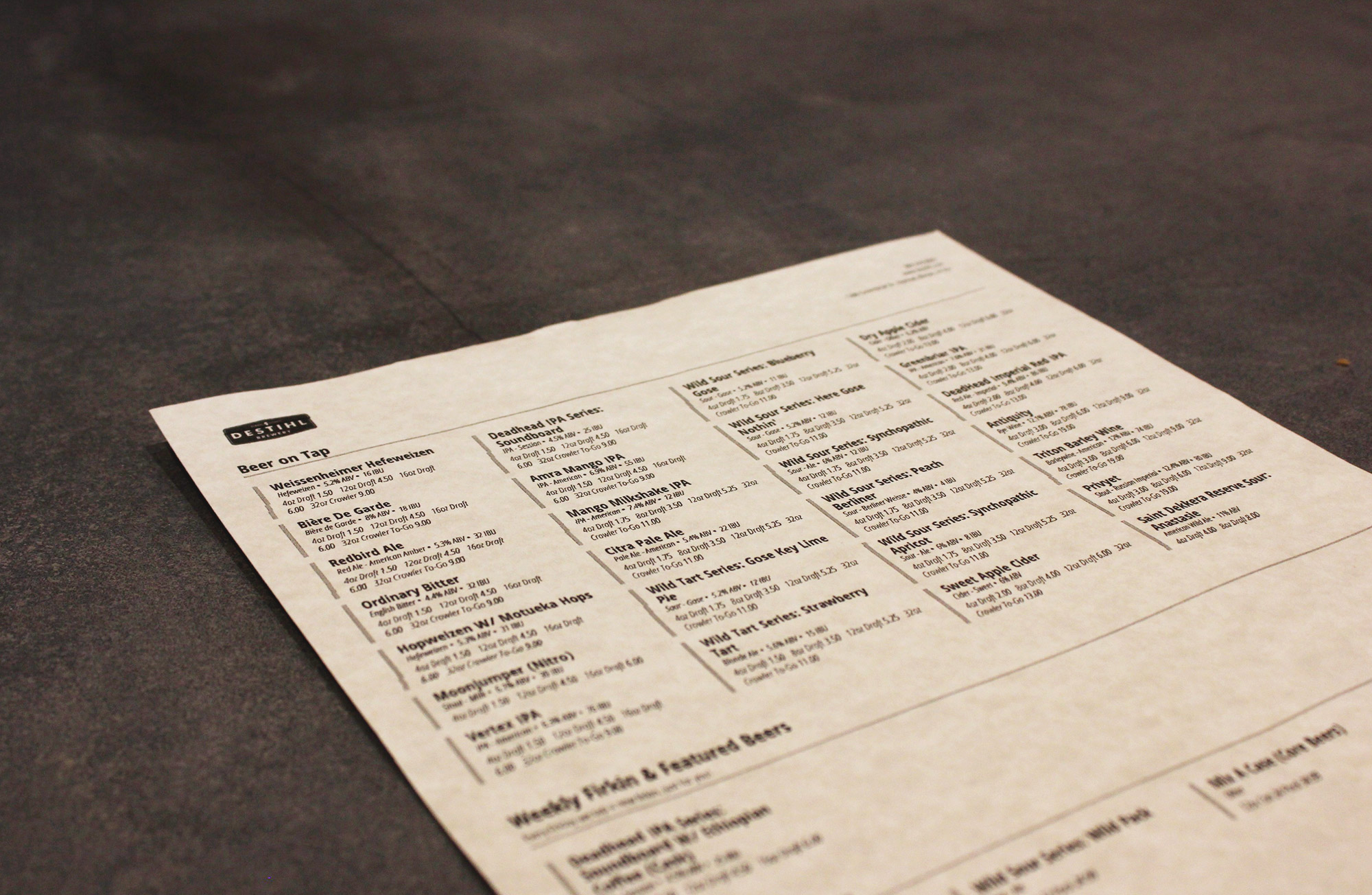 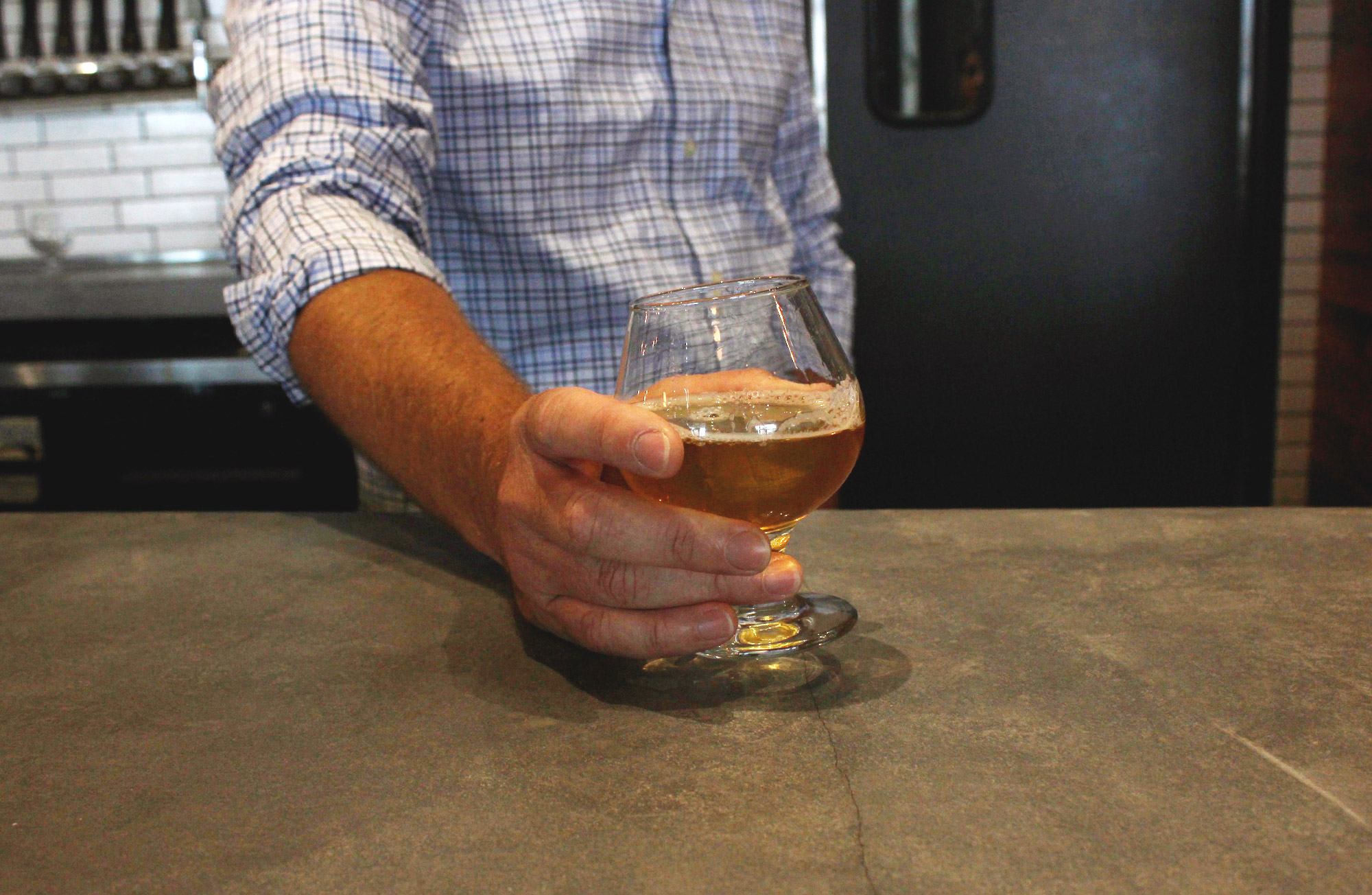 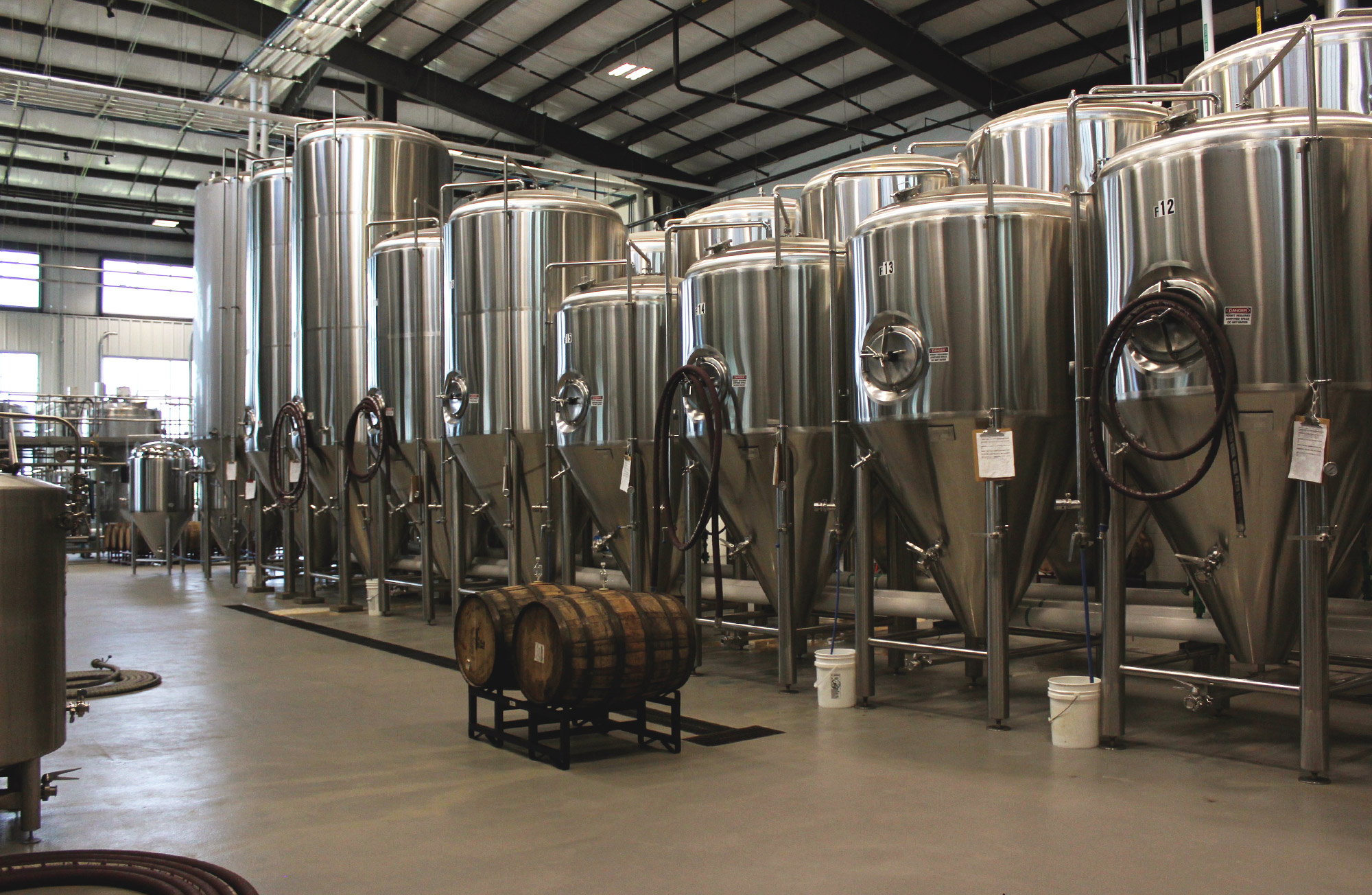 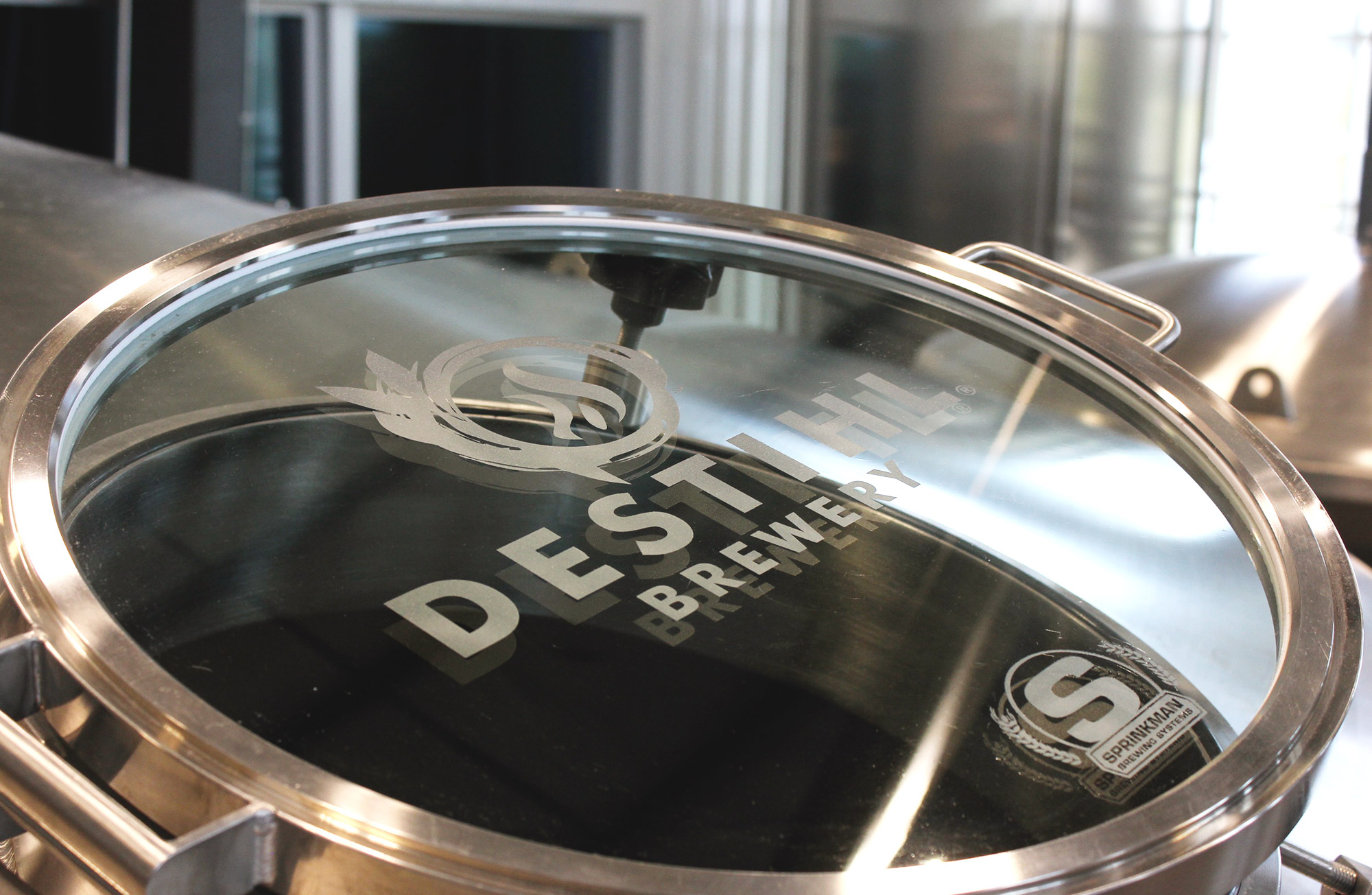 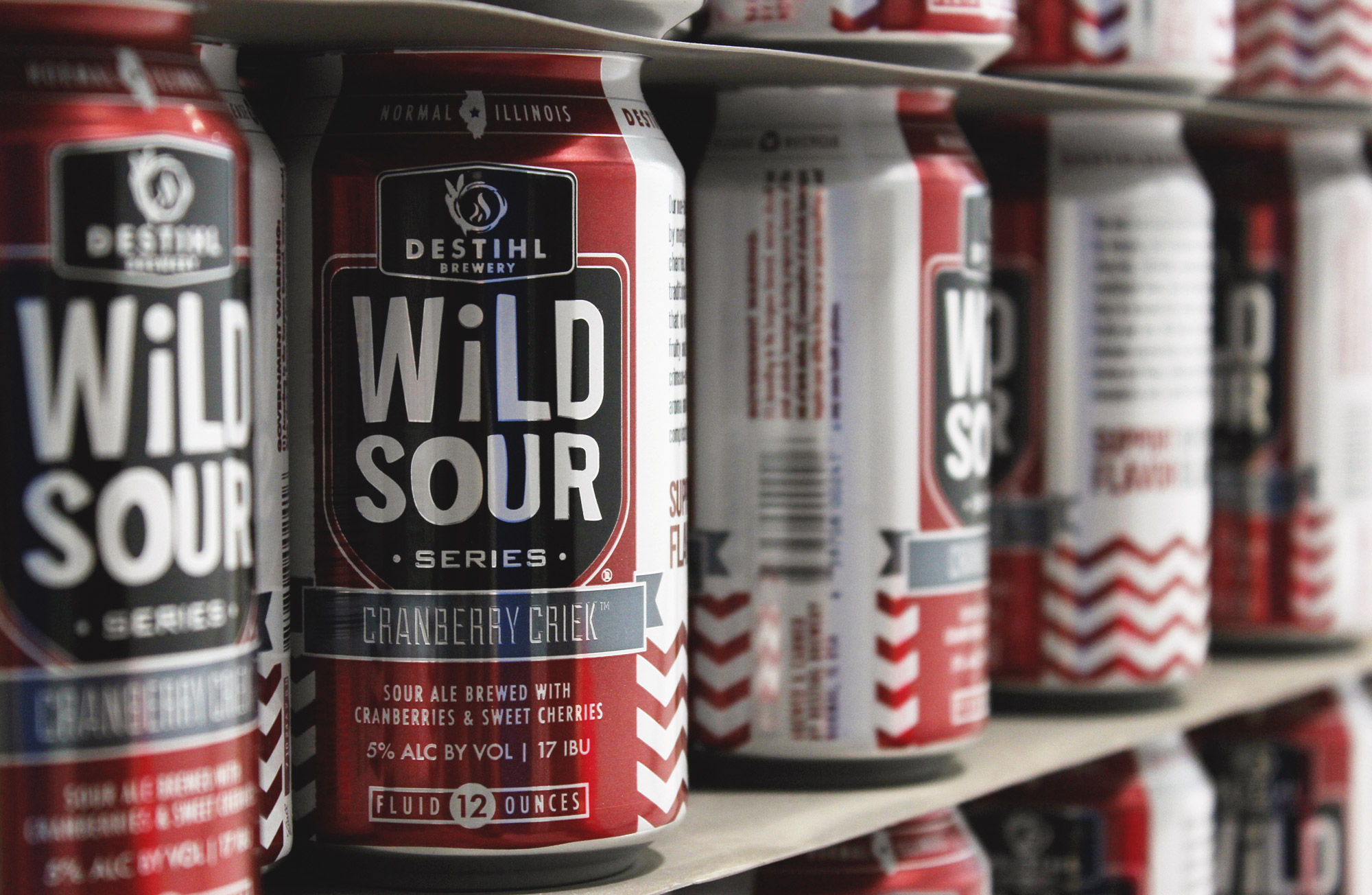 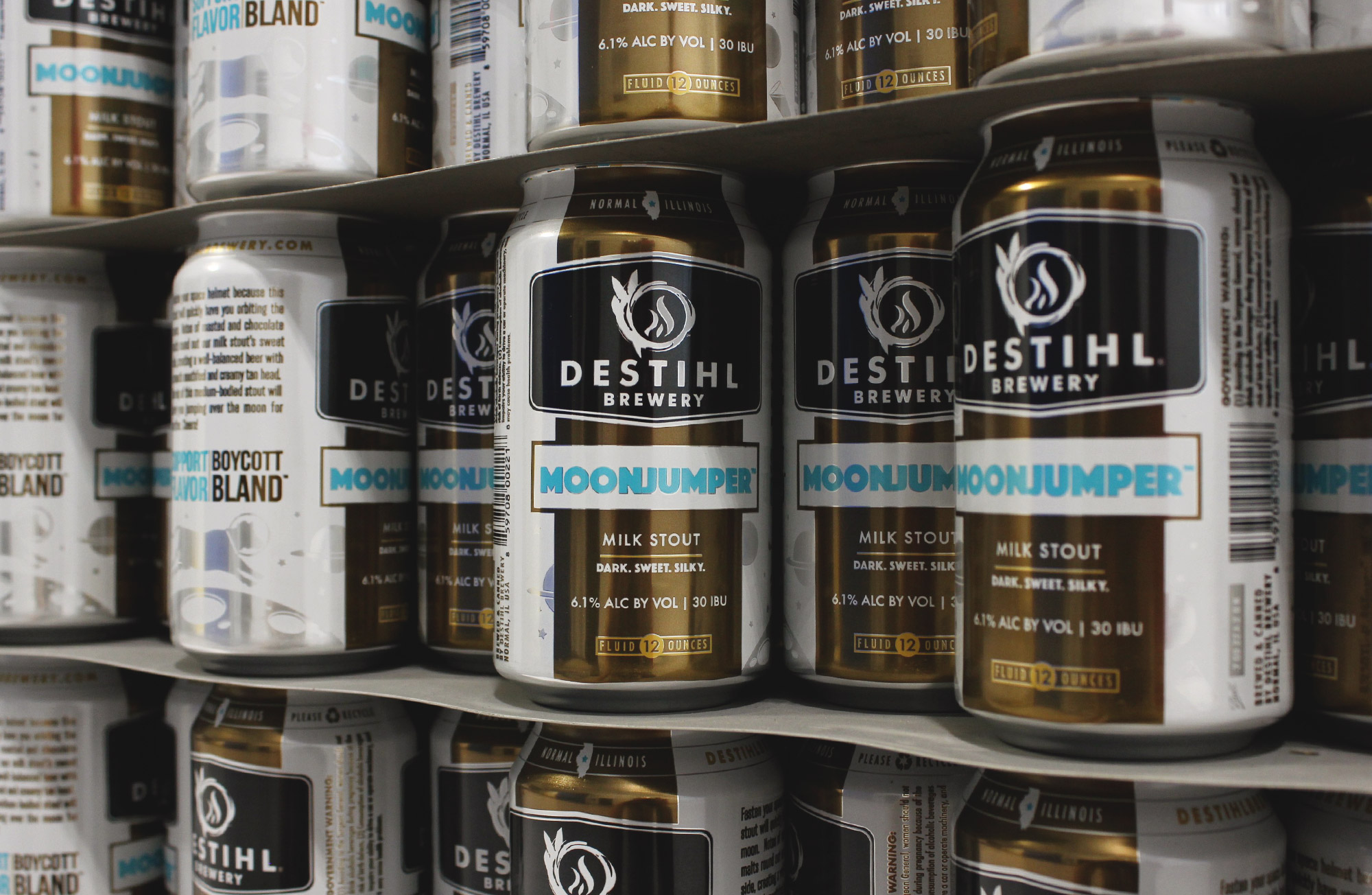 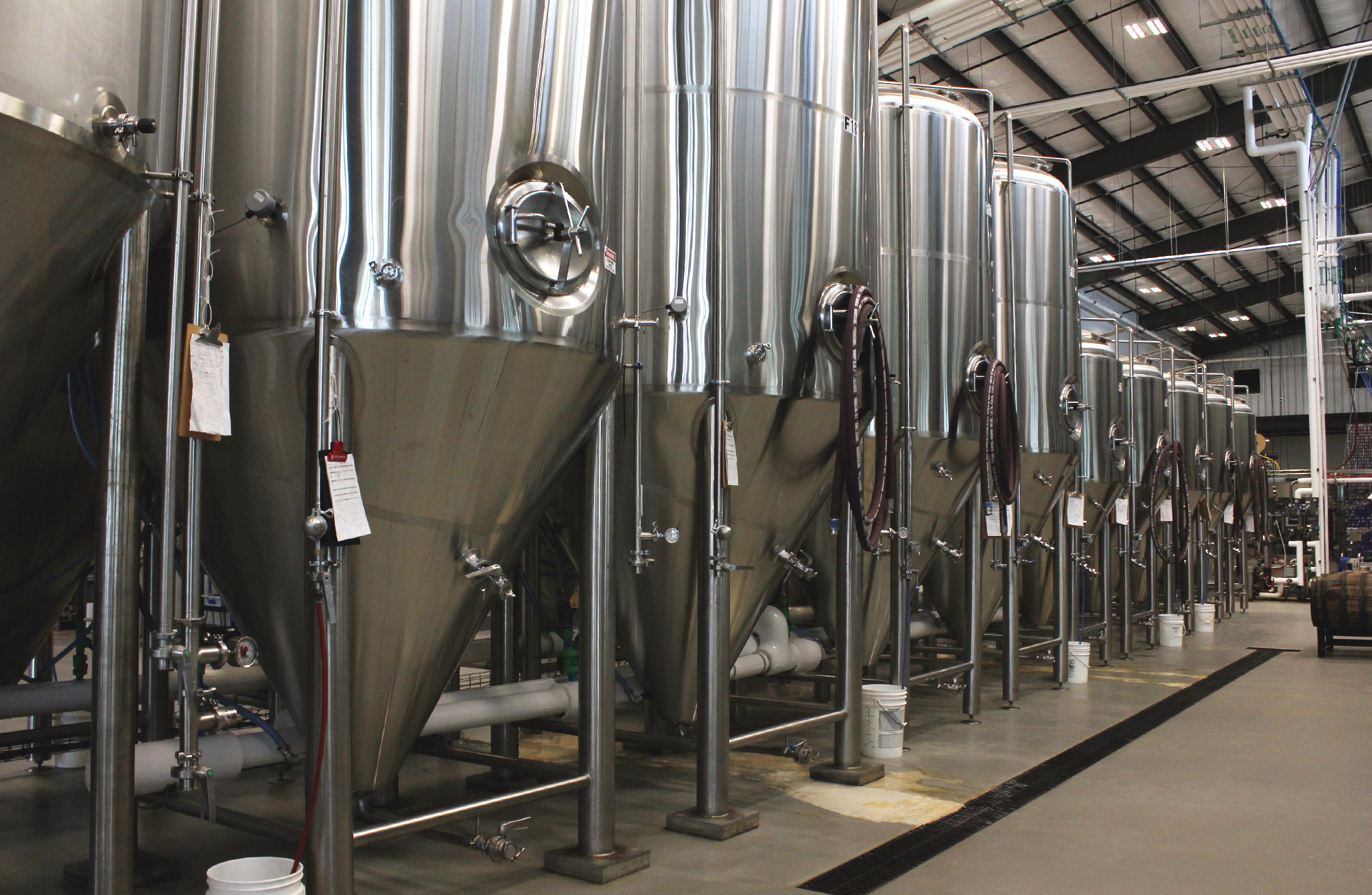 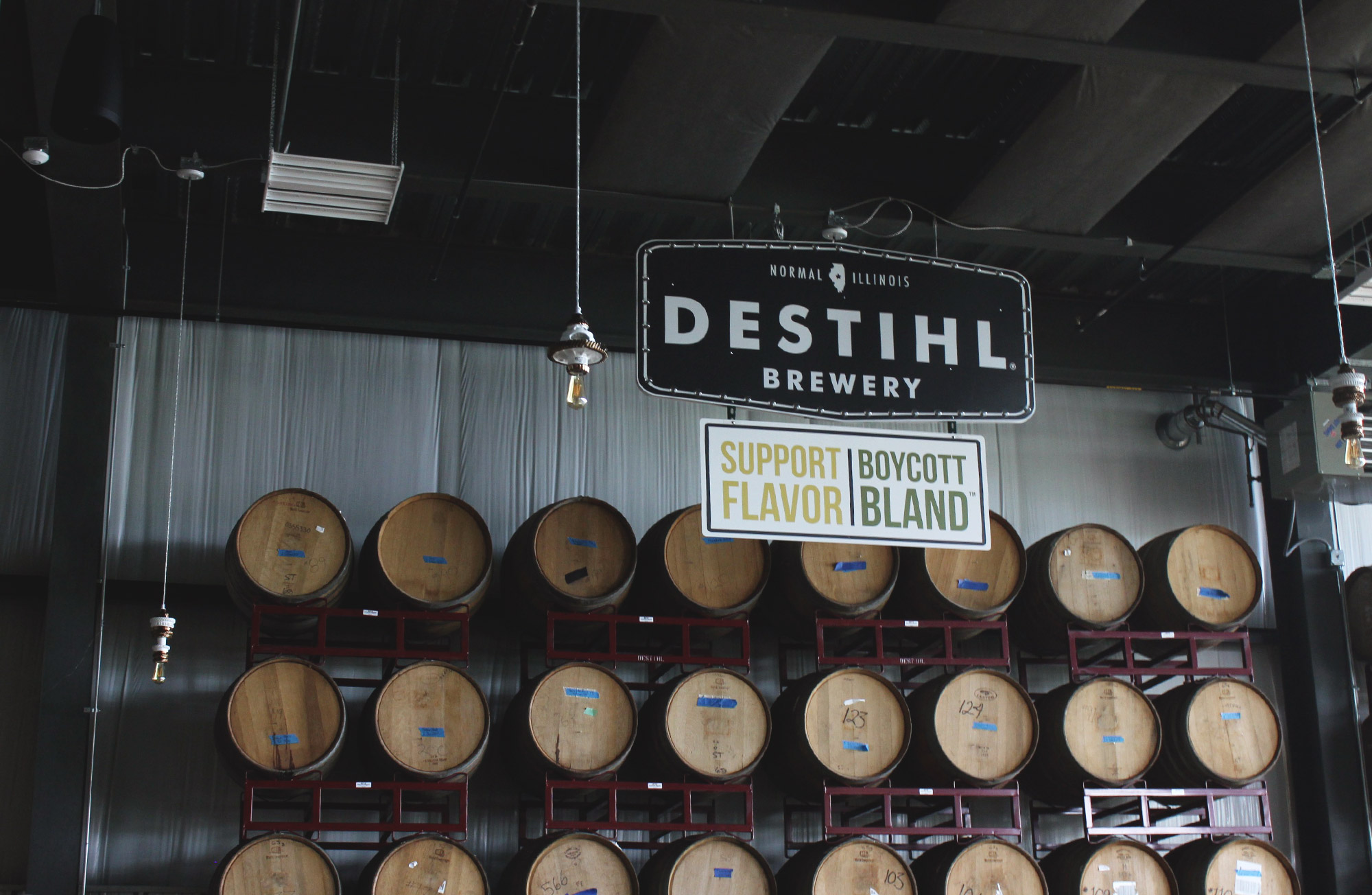 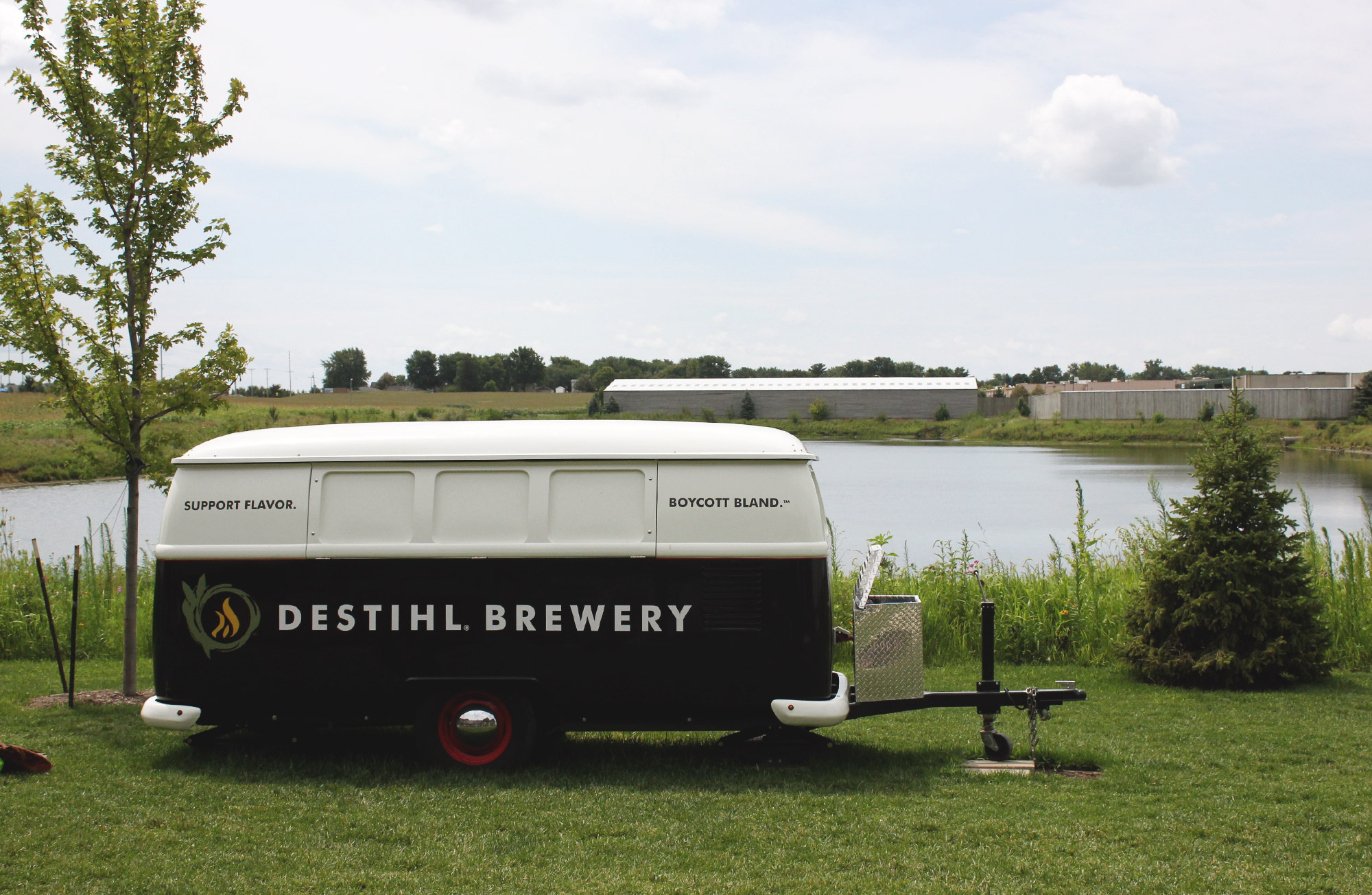 Photographed & authored by Alaina Kornfeld, a graphic designer and beer enthusiast based in Chicago. This is her second collaboration piece with The Hop Review–her first was a DETOUR in Galway, Ireland. Check out the rest of the DETOURS series as we travel the world looking for unique beers and where to drink them.