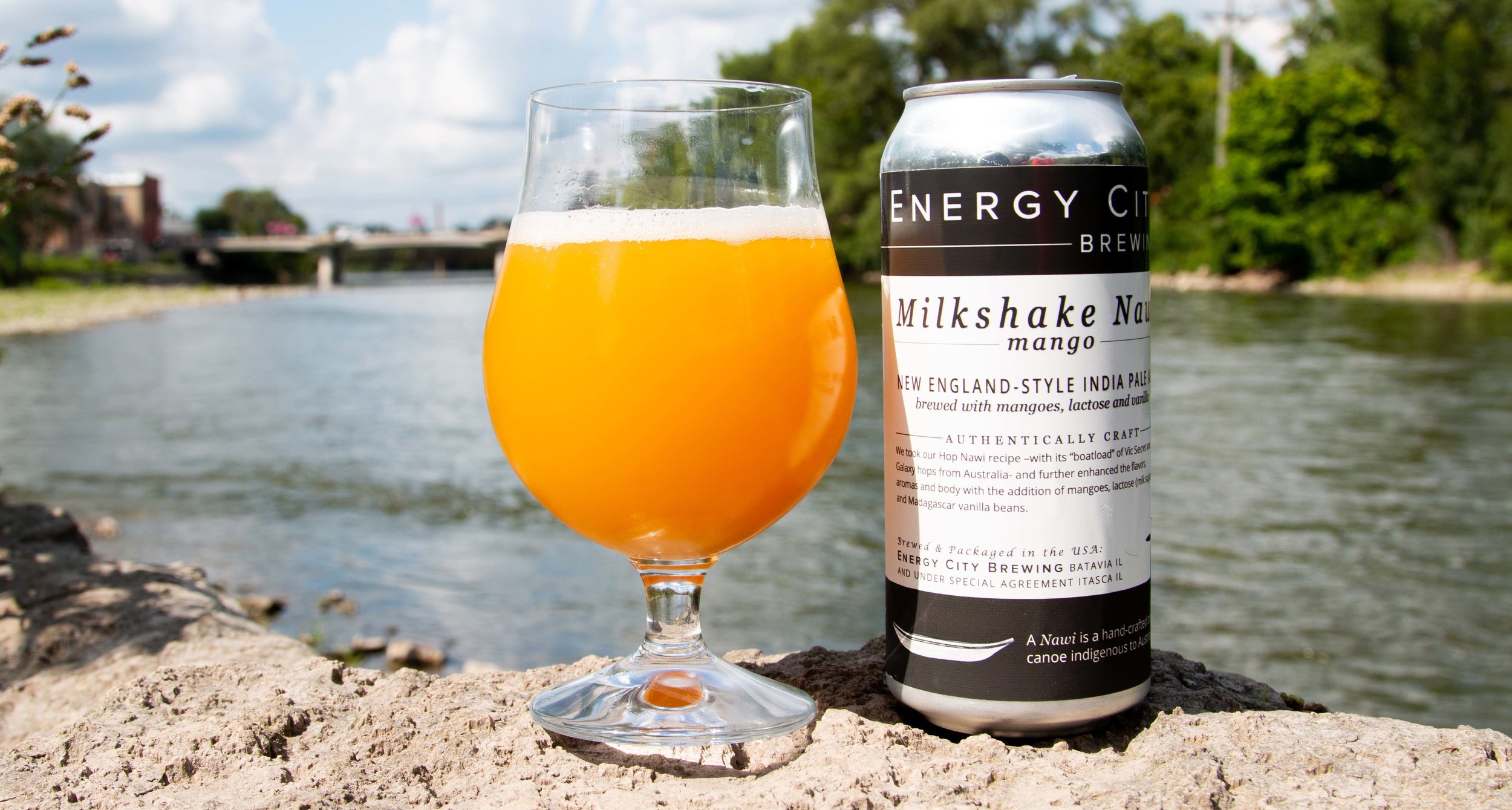 As I drive past the riverside brewery, I can a see small line forming. I park and walk up and take my place at the end, a movement I’ve come accustomed to when hunting down desired beers and breweries. This was a special event for

Energy City Brewing, and I was happy I didn’t miss it.

Related Reads
Travel
The 10 Best Breweries to Watch in 2021
Travel
The 12 Best Craft Breweries of 2020
Travel
The 10 Best New Breweries of 2020
David and Heidi Files approached the city of Batavia, Illinois to open a nanobrewery, the city was more than happy to accommodate their request and developed a brand new license for Energy City. David, a chemical engineer by day, evolved his skills over the last 15 years from homebrewing for his neighbors, to then winning brewing competitions. A 2007 win in the ‘Large Stout’ category at a sanctioned American Homebrewers Association competition (at the [now] Two Brother’s Roundhouse) spurred David to build upon that success and start brewing commercially.

To reach the next level, David needed a larger space bigger than his garage, kitchen and sometimes basement, so he started taking off every other Friday and gypsy brewed at Church Street Brewing in Itasca, IL; shipping out 30-barrel batches about every other week..

Once the recipe is bottled or canned, Energy City doesn’t just wave goodbye to the delivery trucks… Instead, their humble storefront nestled down by the Fox River is focused on selling directly to their passionate customers. On the first Saturday on the calendar, Energy City has their monthly beer release where beer fans can grab some of their fresh stuff. David, Heidi, and Heidi’s daughter, Kyra–as well as a volunteer or two–are all hands on deck manning jockey boxes, pouring samples, and chatting it up with their fans, friends, and neighbors.

As I chatted with David and Heidi’s neighbors, Kevin and Natalie Preas, they shared some insights with me from trying a lot of David’s pilot brews to watching Energy City grow from a backyard project to a commercial reality. They’ve also seen a boom in popularity for the brewery. Their current releases have seen lines swing around the corner prompting Kevin to get in line before open just to make sure he can stock up on what he wants of his neighbor’s concoctions.

Speaking with David Files, he has an immense passion for brewing and does not approach their endeavor haphazardly. He reflects on the industry trends and adjusts his recipes to satisfy not only himself, but what beer drinkers are looking for. His Hop Nawi, an NEIPA using Australian hops with notes of orange, passion fruit and pine, is not something you taste everyday, but it’s a fan favorite by far.

There was a quaintness to the storefront area, where I felt that I was invited to more of a backyard party rather than a beer release. Everyone there seemed to causally relax with a pour as you would at your own patio or living room and forget about the stresses of the week.

David and Heidi are currently focused on opening a taproom and expanding their brewery to at least 30 barrels a week and eventually turning Energy City into David’s full time job. At such an early stage in their commercial trajectory, it will be interesting to follow and watch how Energy City grows. David certainly has the passion and intelligence to build upon the brewery. And after being surrounded by their fans with sample pours and 4-packs in hand, I don’t see ‘ECB’ letting up anytime soon.

Milkshake Nawi – Mango [7.2%] – It’s ECB’s Hop Nawi recipe with added mangos, vanilla, and lactose. There is slight vanilla in the nose with the Australian Vic Secret and Galaxy hops providing a bright taste upfront. The addition of lactose provided a silky texture and that signature ‘milkshake’ look, making it stand out in a glass. 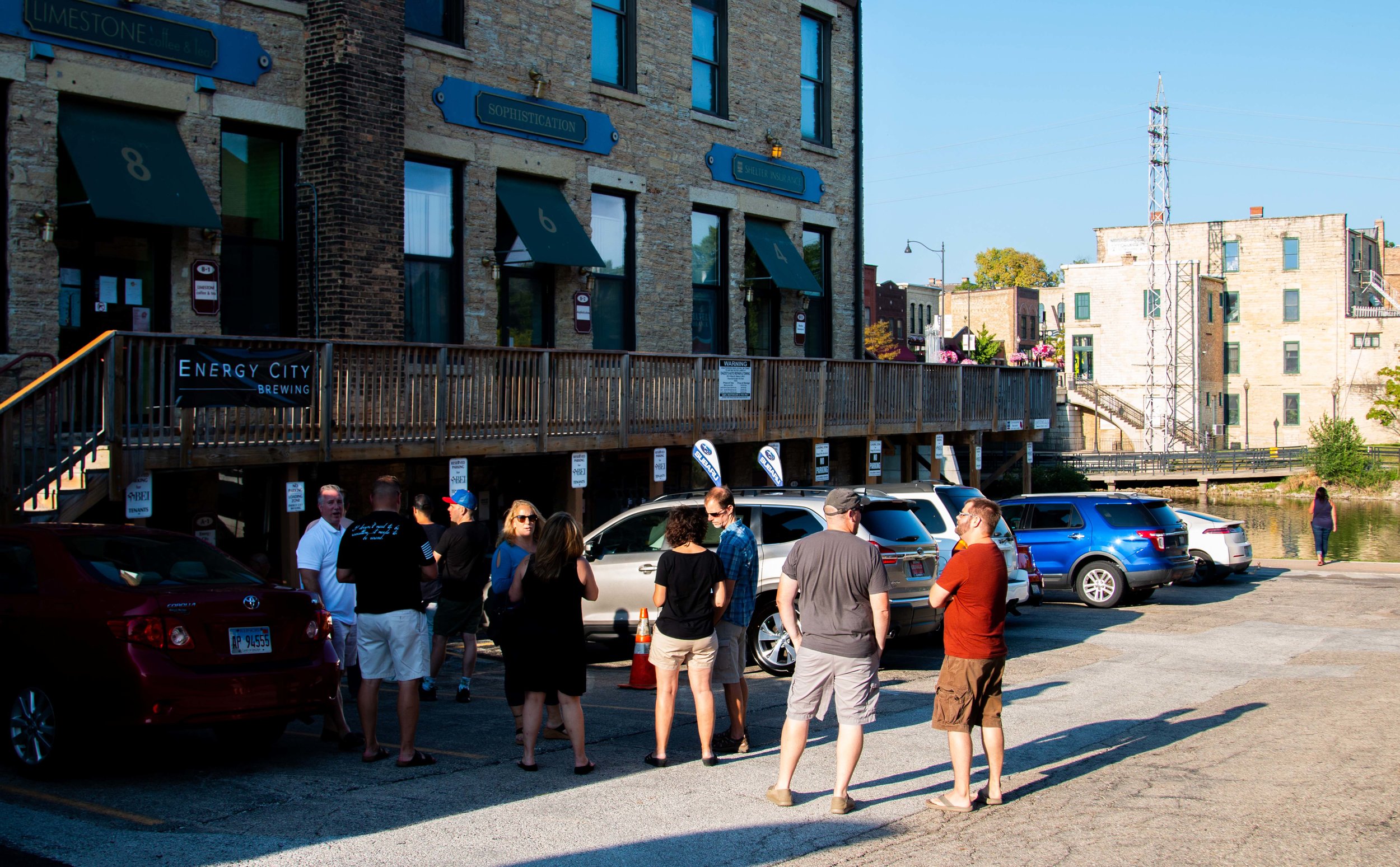 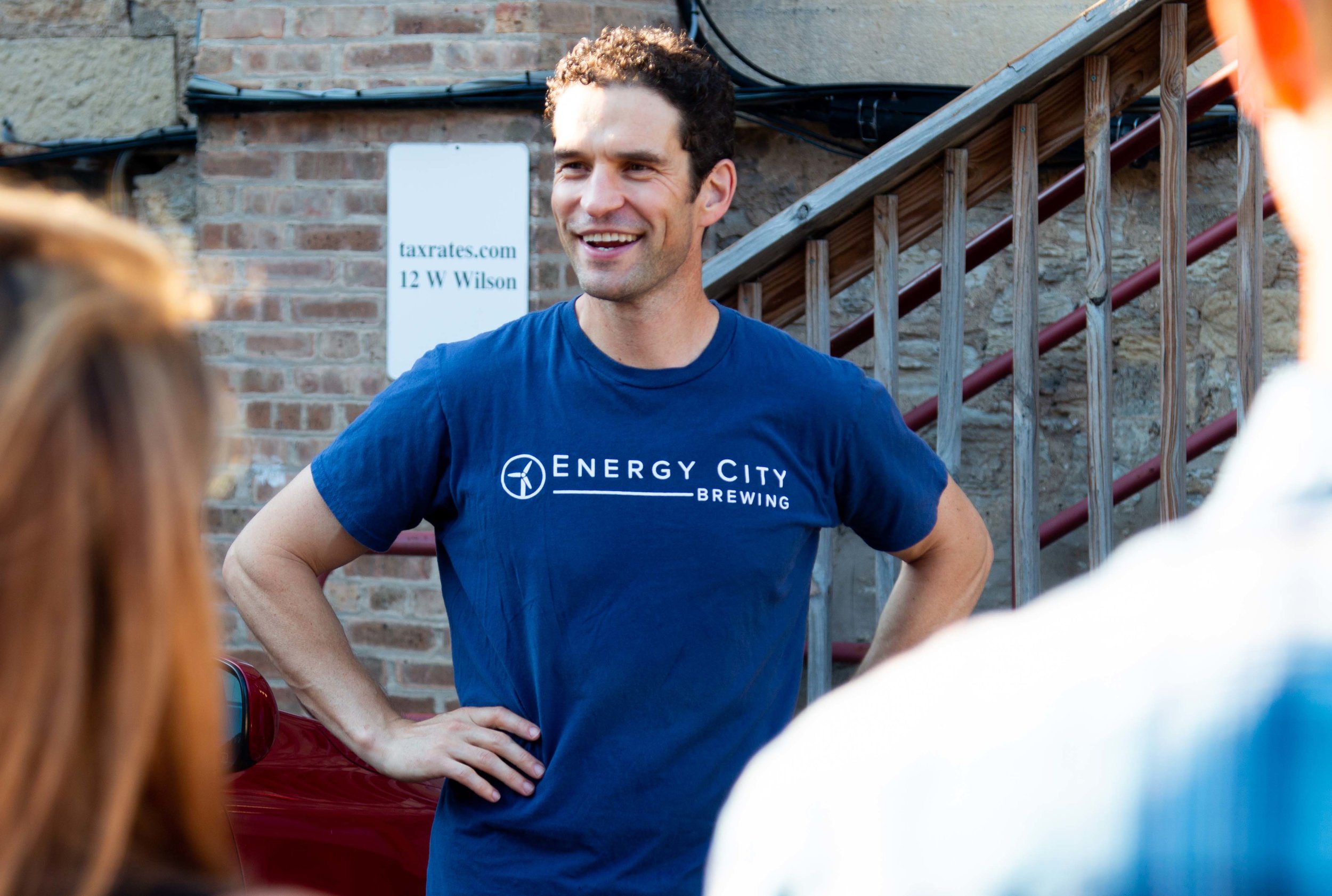 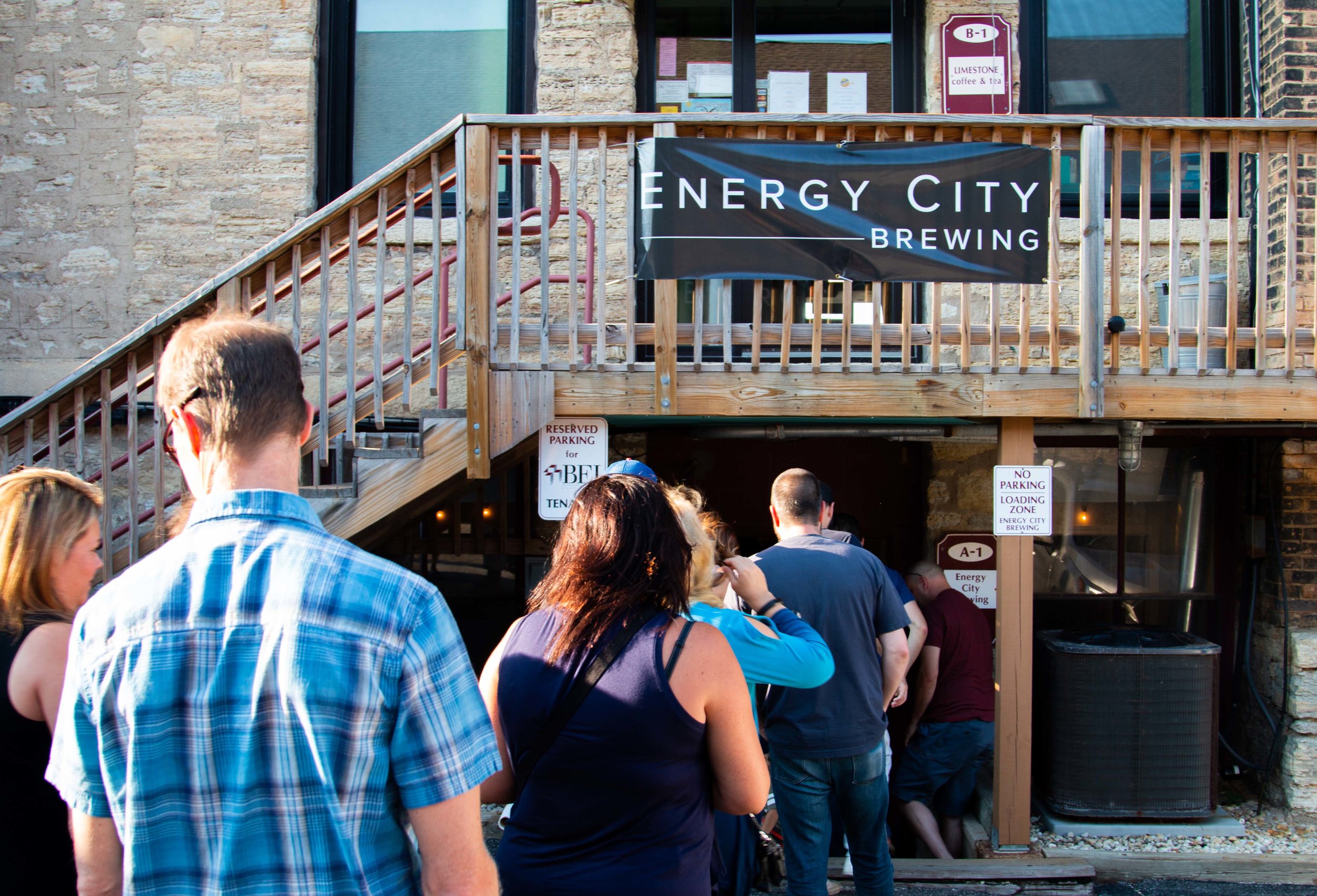 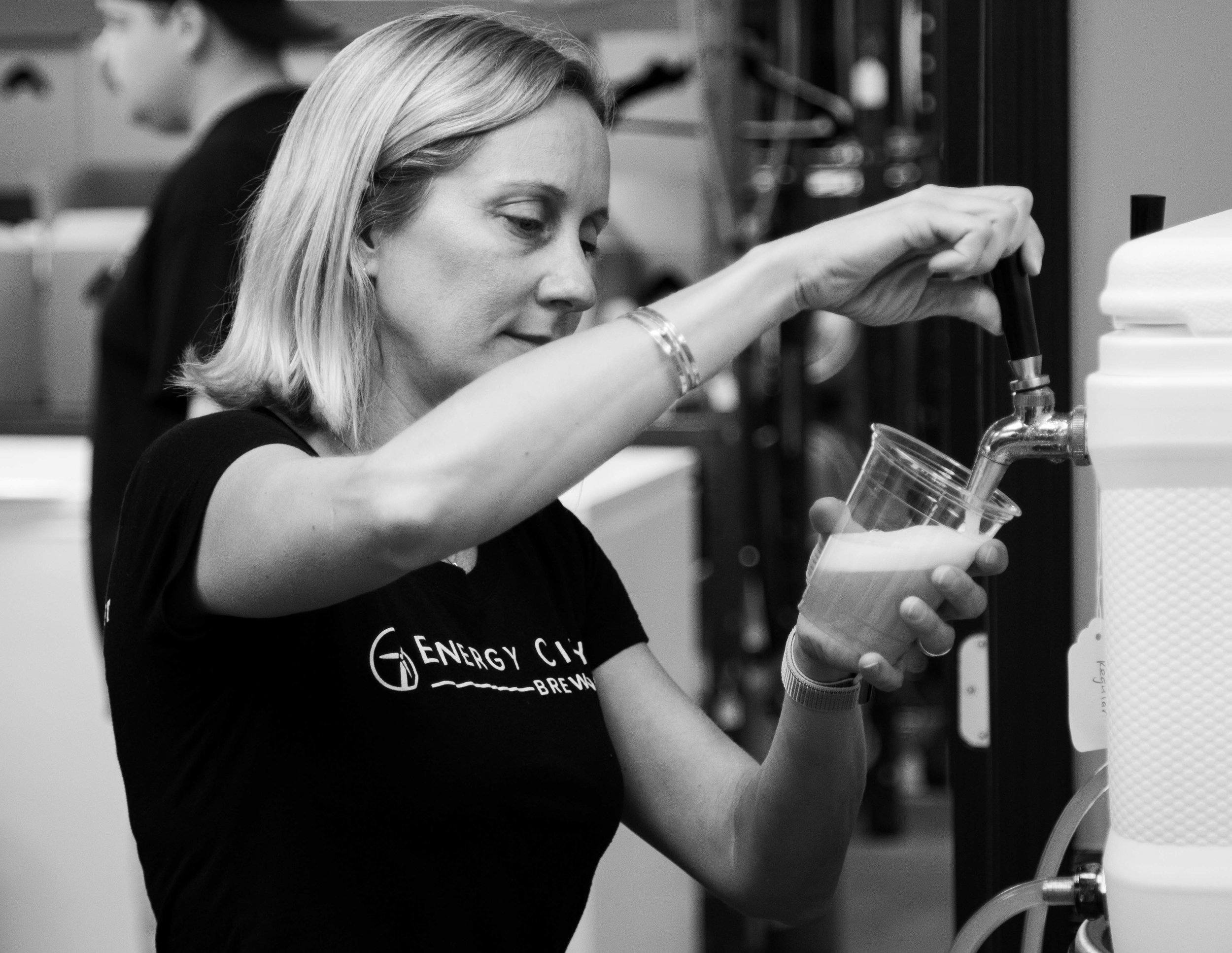 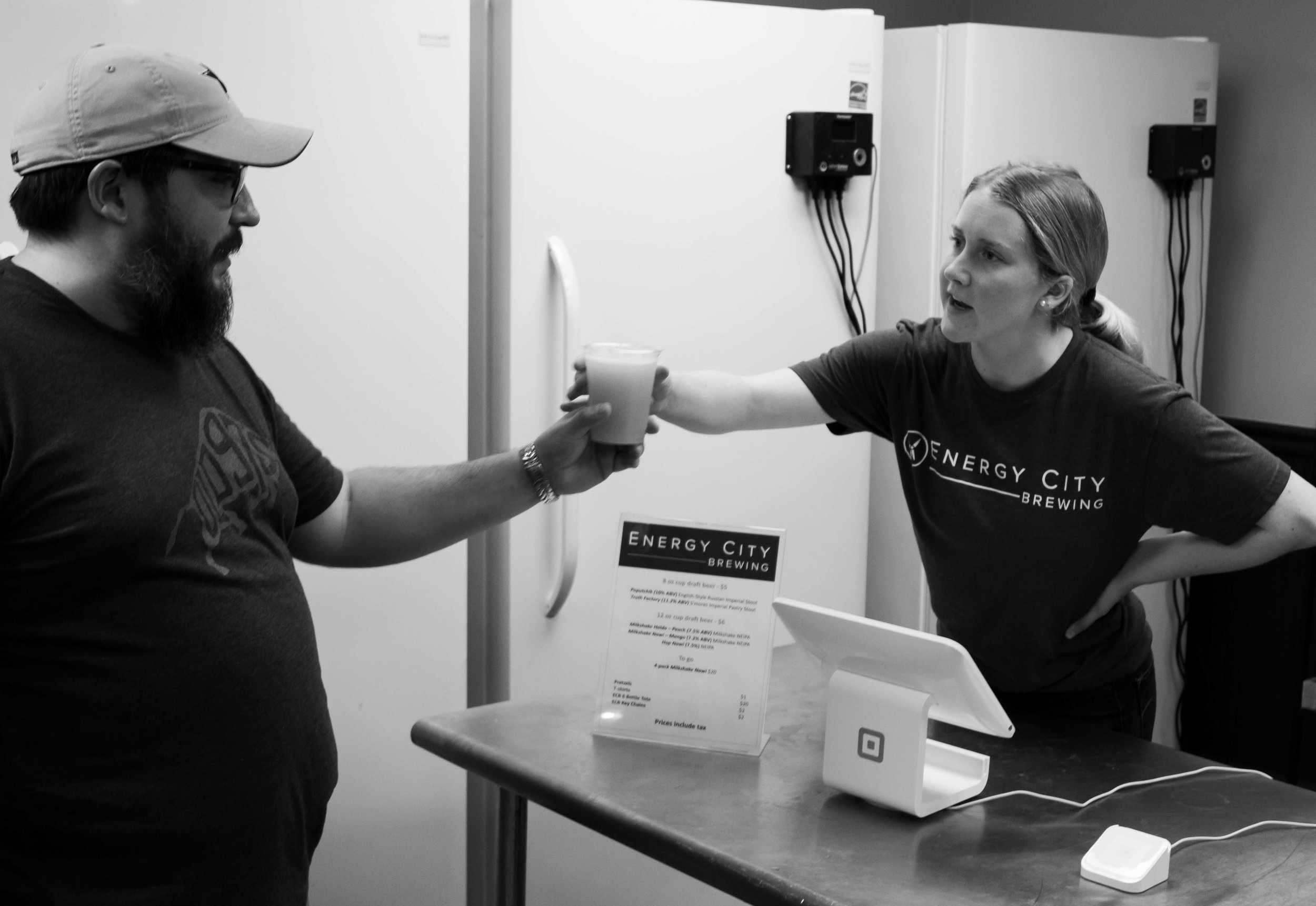 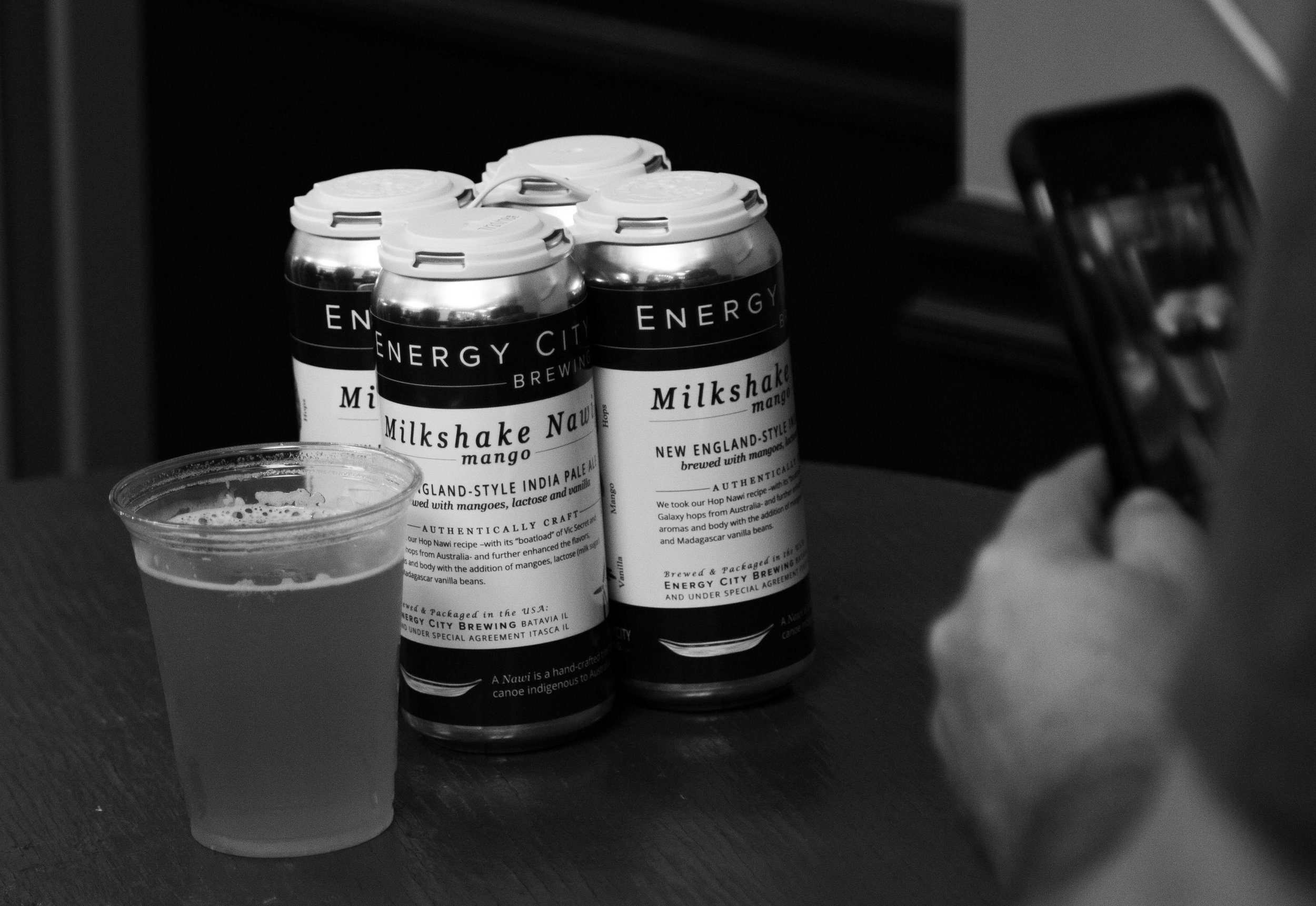 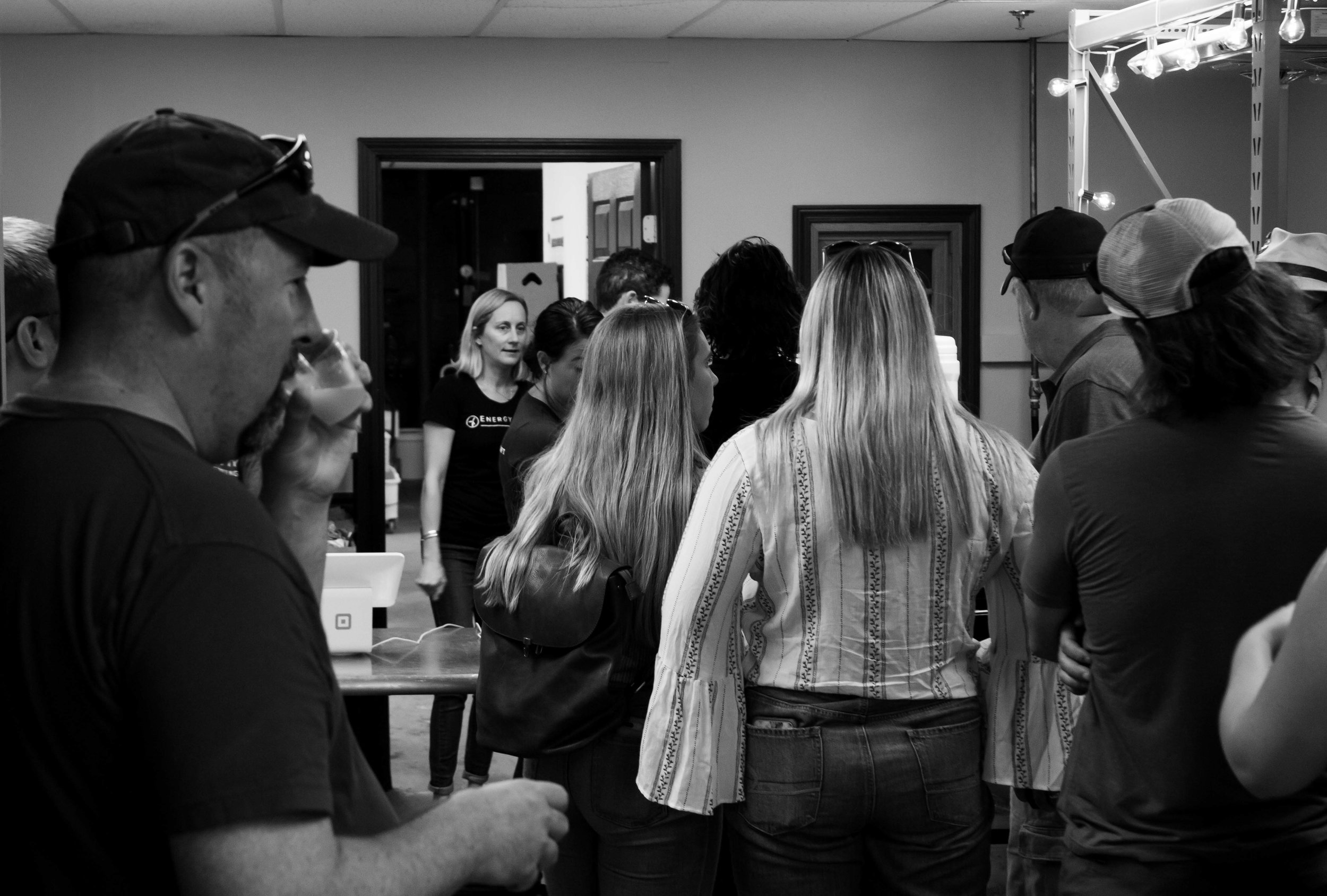 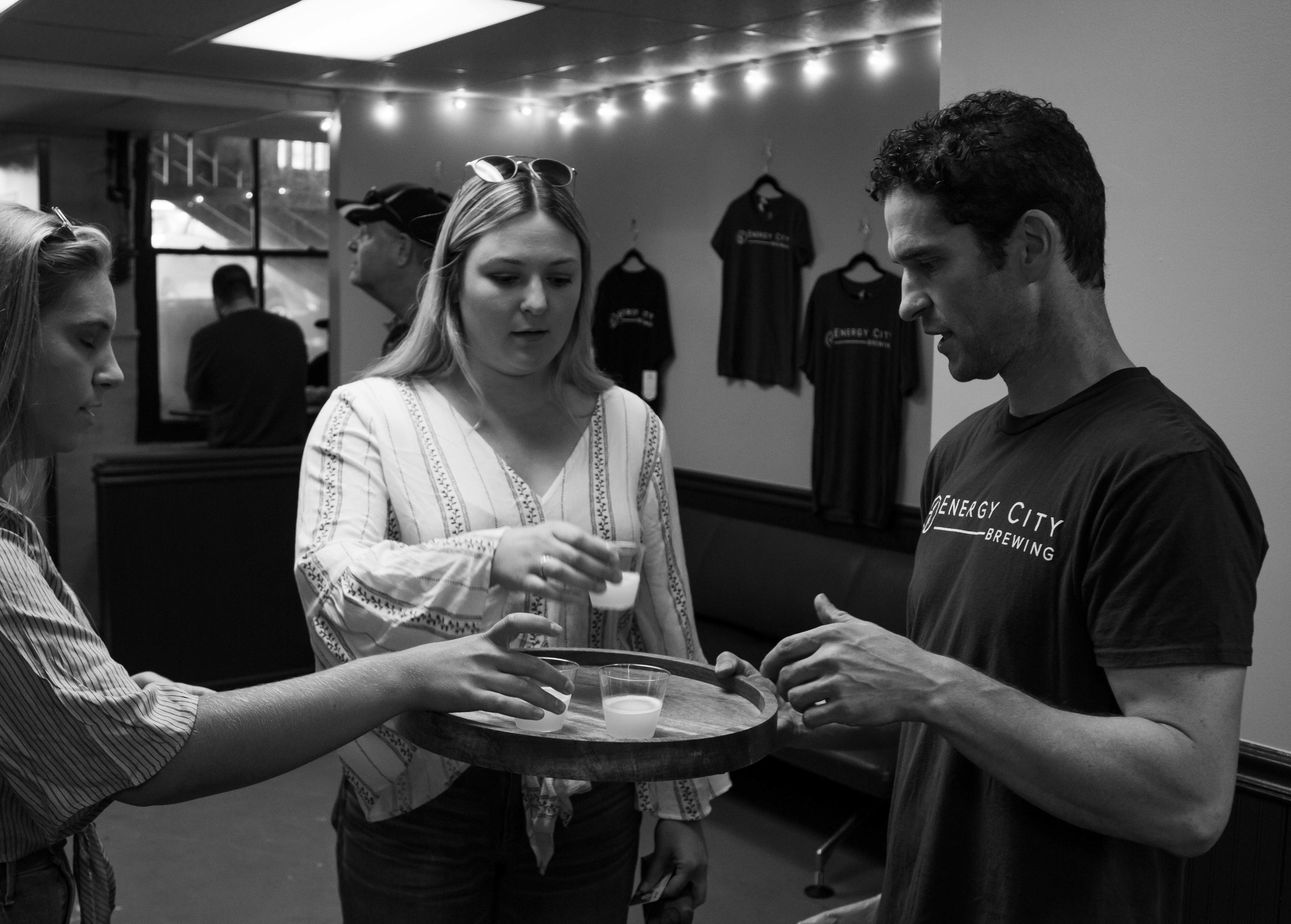 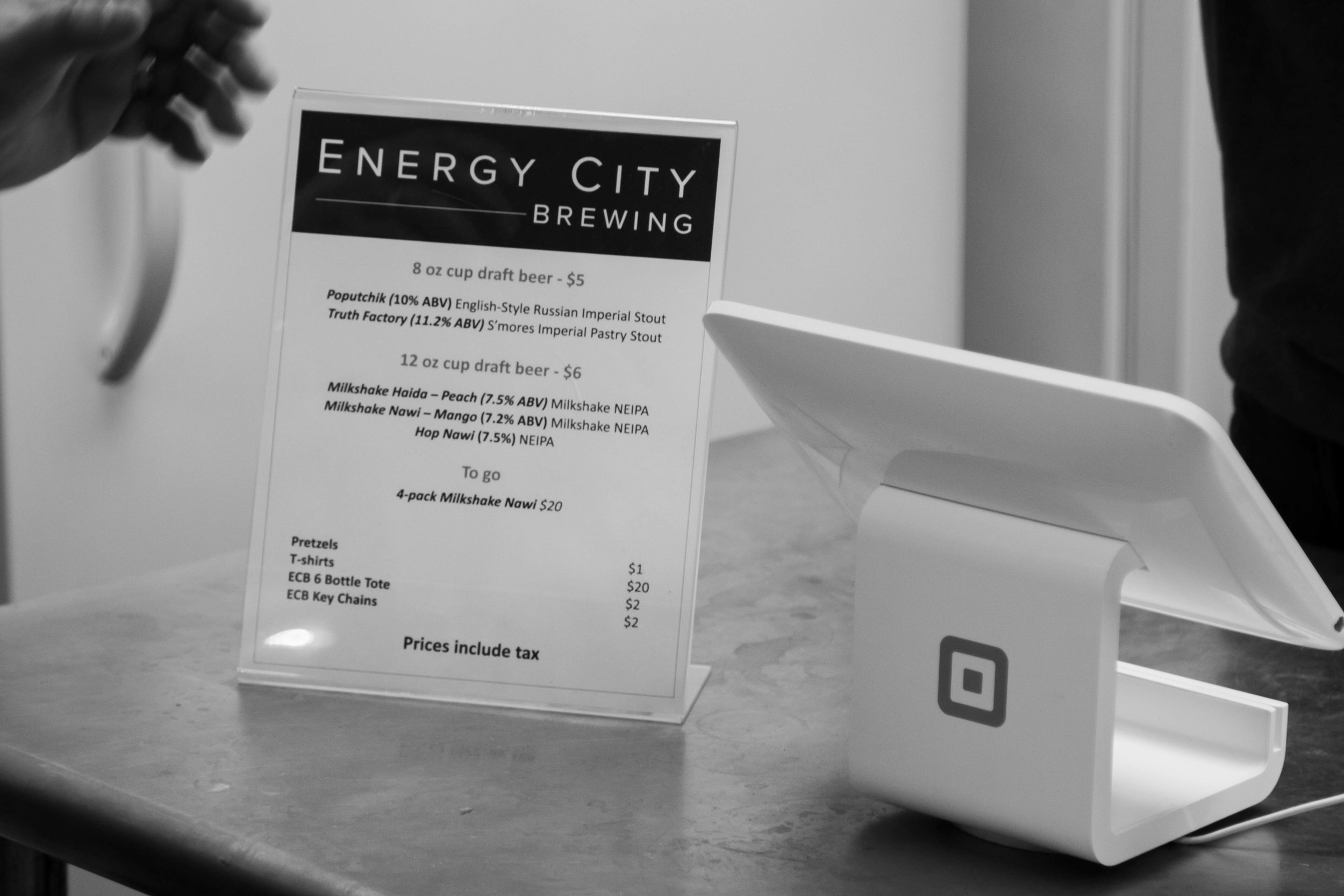 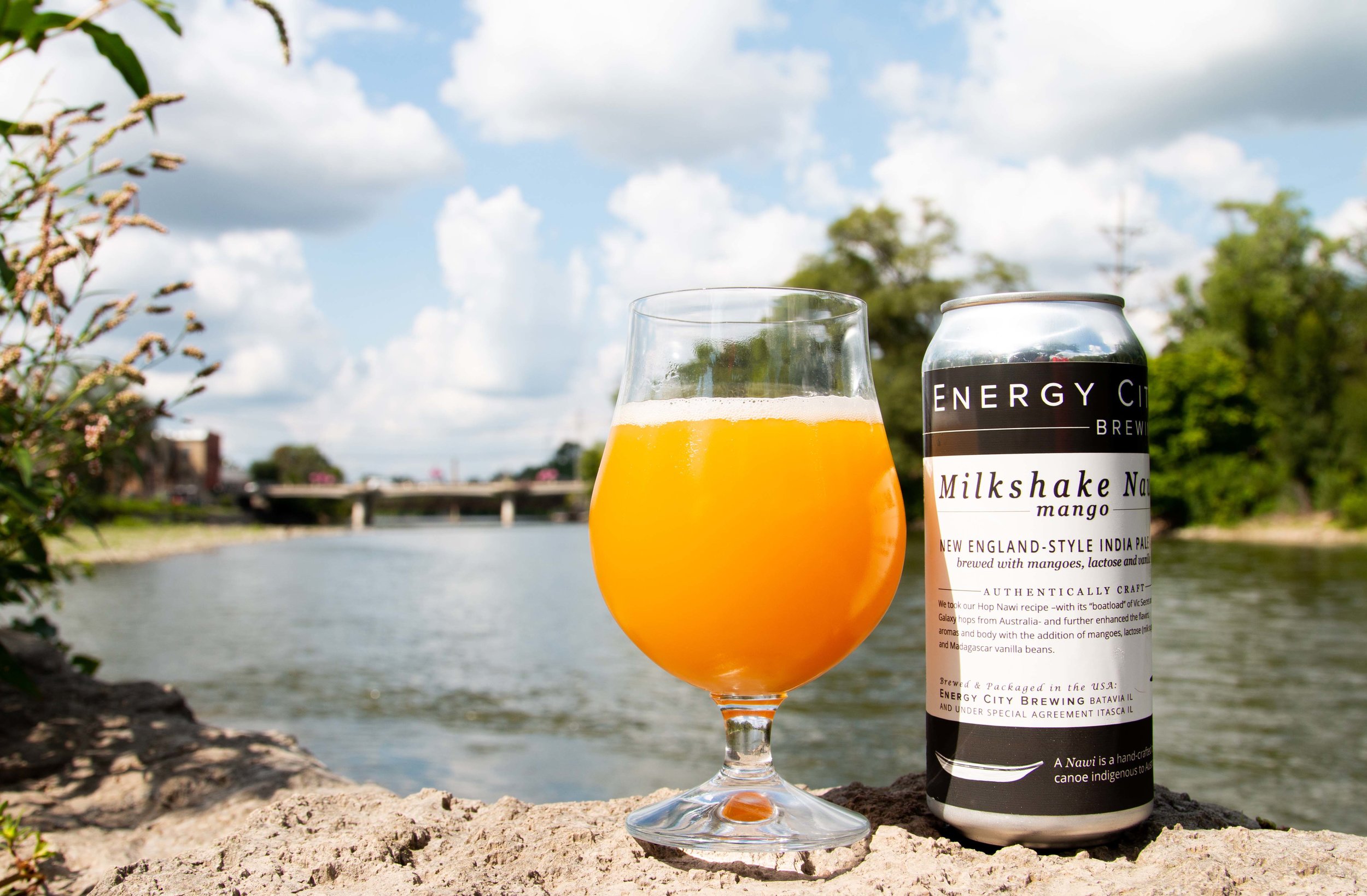