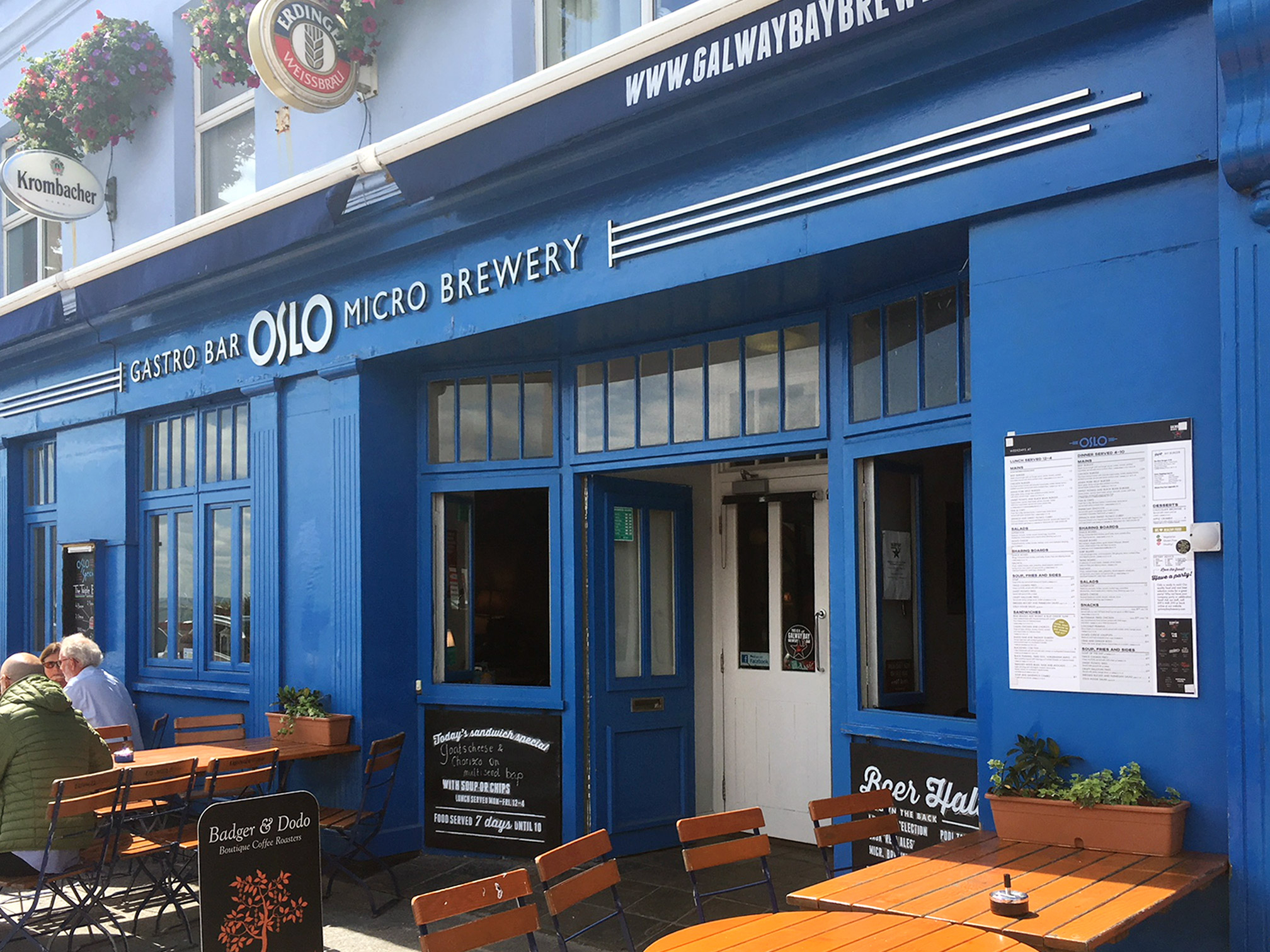 The Oslo Bar, homebase of Galway Bay Brewery. The Oslo is exactly what you would expect and want from any Irish pub–dim lighting, laughter filling the bar, music so light in the background it’s not even needed, and of course, plenty of beer to be drank. The difference between the Oslo and any other pub is their “craft”–it was one of the first microbreweries in Ireland, and the first and only one in Galway. Most Irish bars will have your basics–Guinness, O’Hara’s, Harp, Murphy’s, etc. But the Oslo is home to Galway Bay Brewery, a craft brewery in its namesake county. Not only does they have the classic lineup of favorite Irish brews, they have an array of craft ales, from stouts to IPAs and lagers, making you think twice about another pint of “the black stuff.” (And don’t get me wrong, I love a good pint of Guinness, but if you offer me a double IPA with tropical fruity notes from a new-to-me brewery, I’m likely going to reach for that).

With eleven bars throughout Ireland that host the Galway Bay Brewery’s beers, they’ve expanded quite well since their founding in 2009. At the Oslo bar, under a bar ceiling covered in stickers from breweries around the world–everything from Budweiser to Avery to NOLA Brewing–I had a chance to chat with pub manager, Alan O’Reilly, one of the brewery’s resident beer experts. His passion for beer was easily noticeable, as he didn’t hesitate to discuss favorites, preferences and Irish beer for a good half hour, with a visiting beer enthusiast.

Of course, my first question was, “What is your favorite beer that you brew?” Without a moment of hesitation Alan said, “Goodbye Blue Monday, our collaboration beer with Begyle Brewing in Chicago we did a couple of years ago–it’s honestly my favorite thing we’ve ever made.” While ‘Goodbye’ wasn’t available during my visit, it was this collaboration–with a Chicago brewery just a mile from my apartment–was what drew me to Galway Bay Brewery in the first place. I wanted to see the atmosphere, ask about the collaboration, and find out what was next for the Irish outfit. With a replenished excitement for more partnered beers on the horizon (including a triple collaboration between them, Begyle and Swiss brewery WhiteFrontier), I shook hands with Alan before finishing my double IPA, Of Foam and Fury. Turnign from the bar, I noticed a sign for Goose Island… Who knew that there was more than a bit of home on the Emerald Isle?

Of Foam and Fury – Imperial IPA (8.5%). This beer had all of the things you want from a double IPA–fruity aromas, strong but palatable bitterness, and a rich lingering hoppiness. While some may be hesitant buy DIPAs in fear of bitterness, Of Foam and Fury was a pleasant and wonderfully drinkable, smooth, and delicious version. Bonus: it won the “Beoir Beer of the Year” award in 2014, an award for the best craft beers in Ireland. 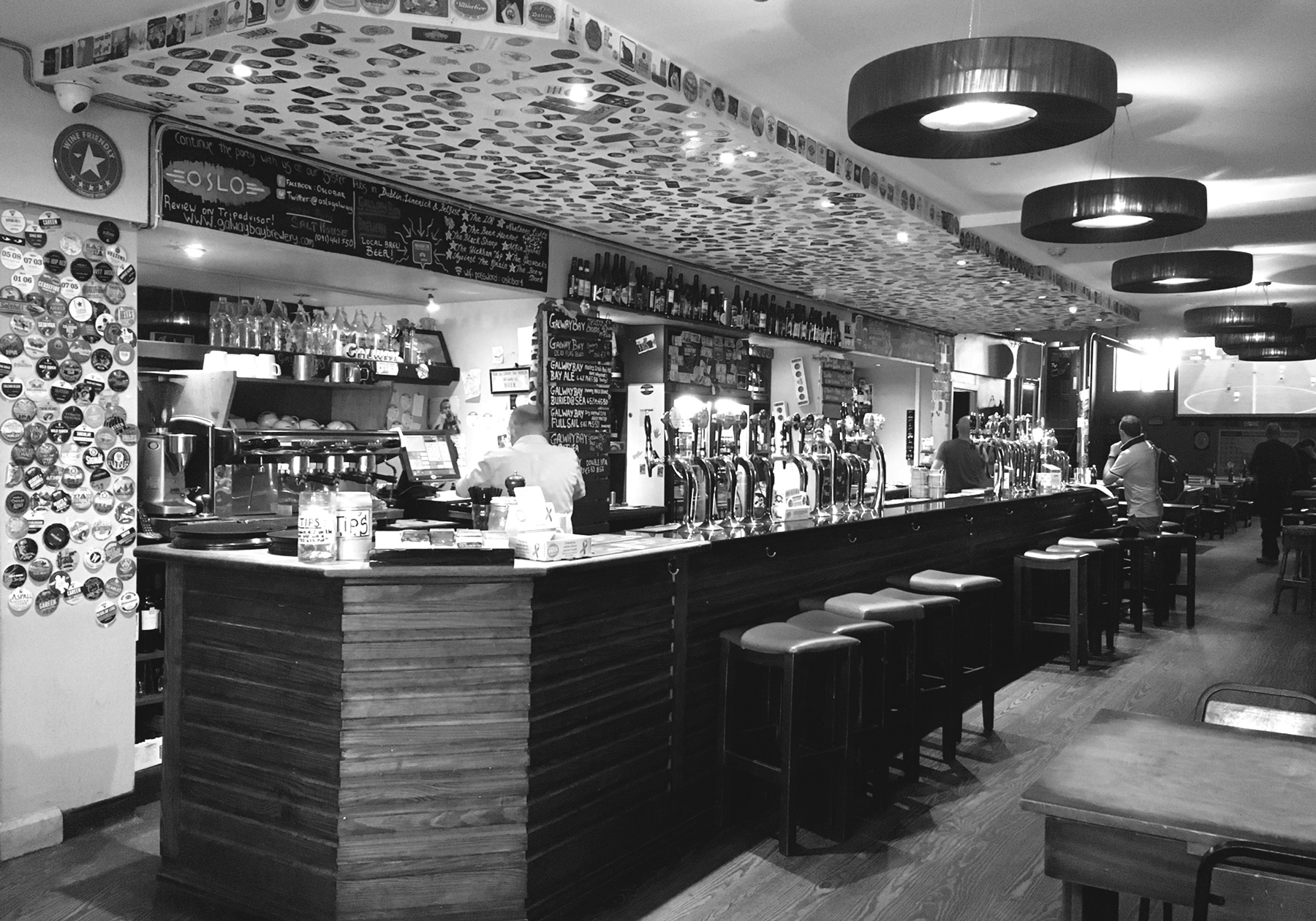 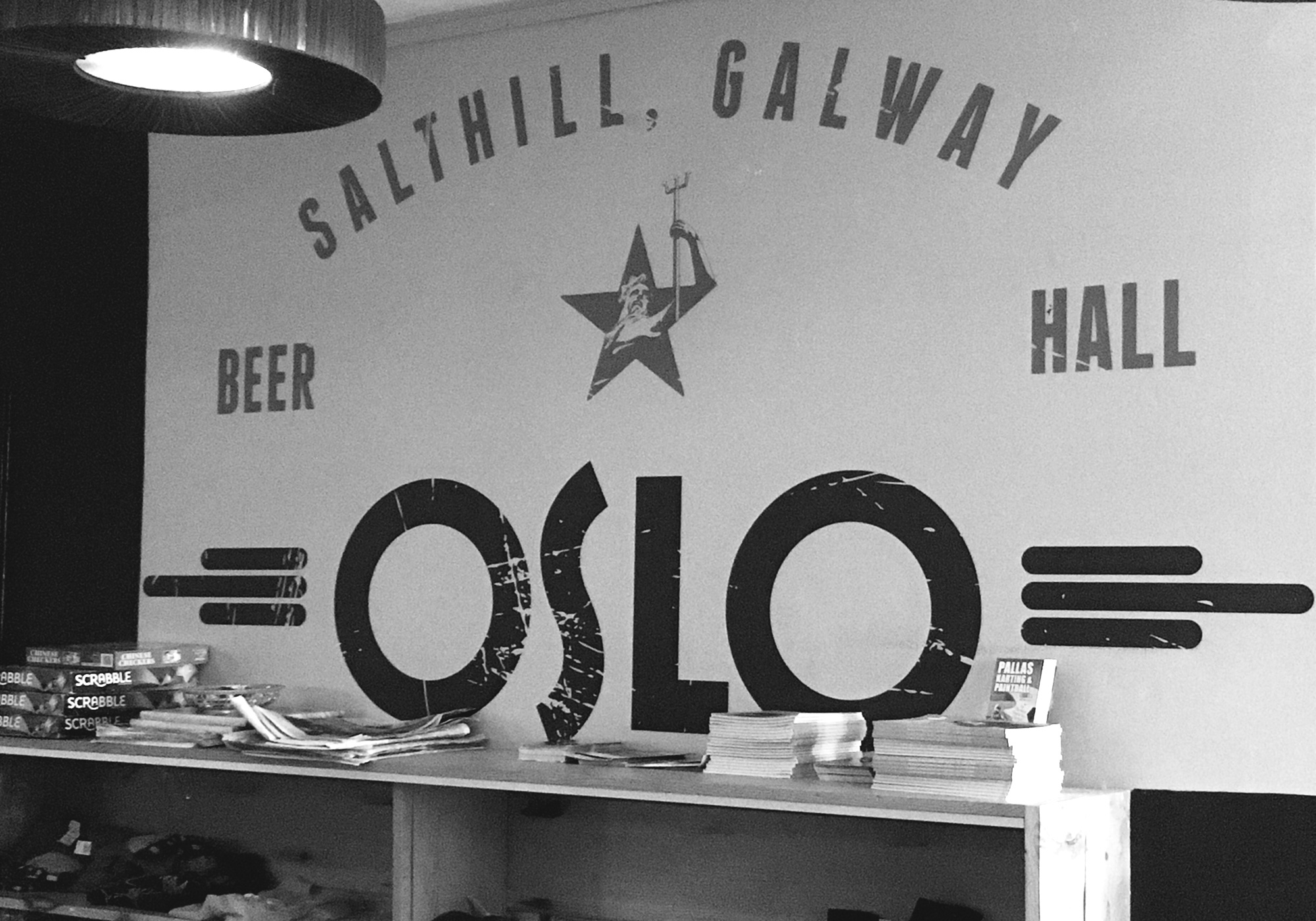 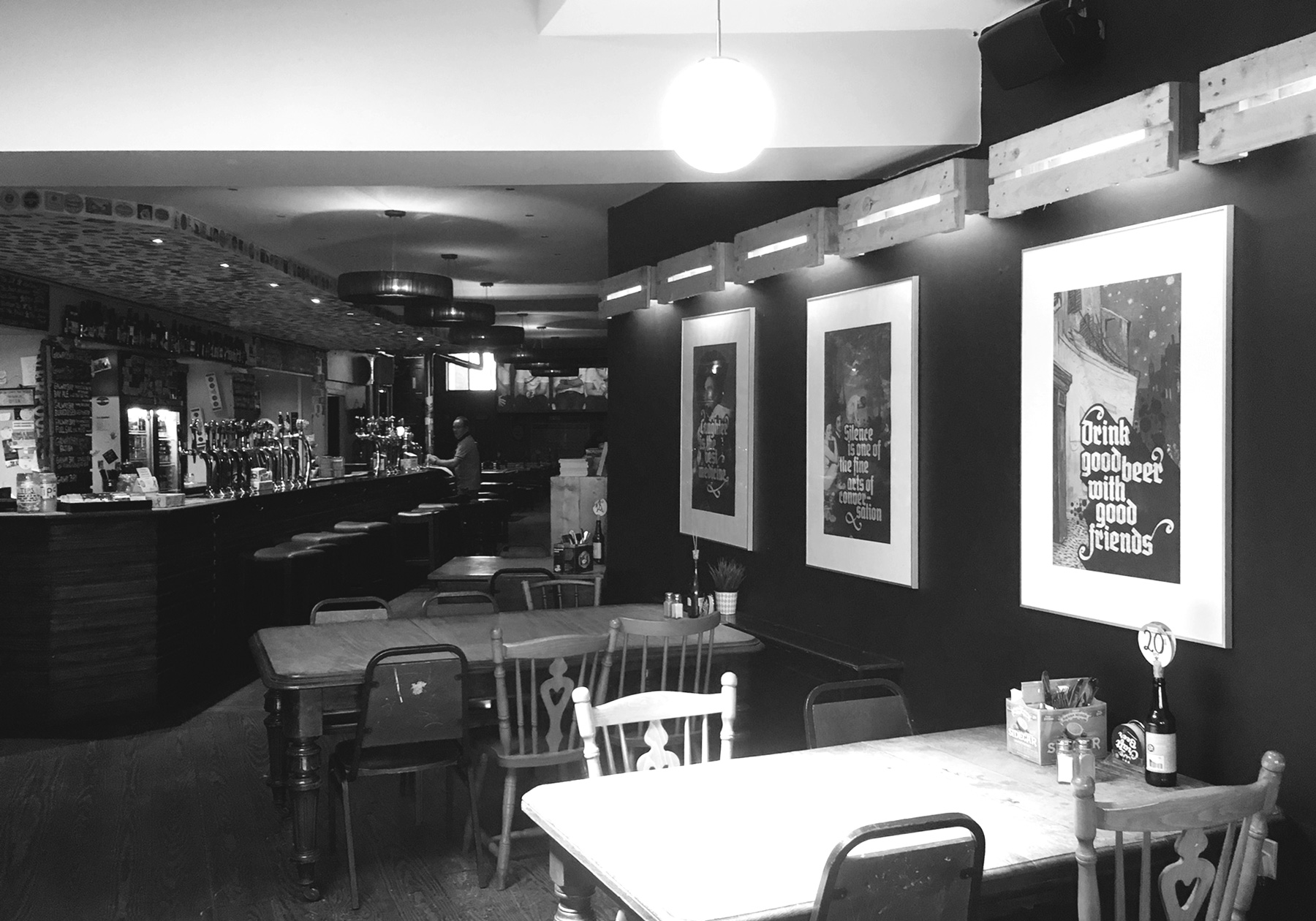 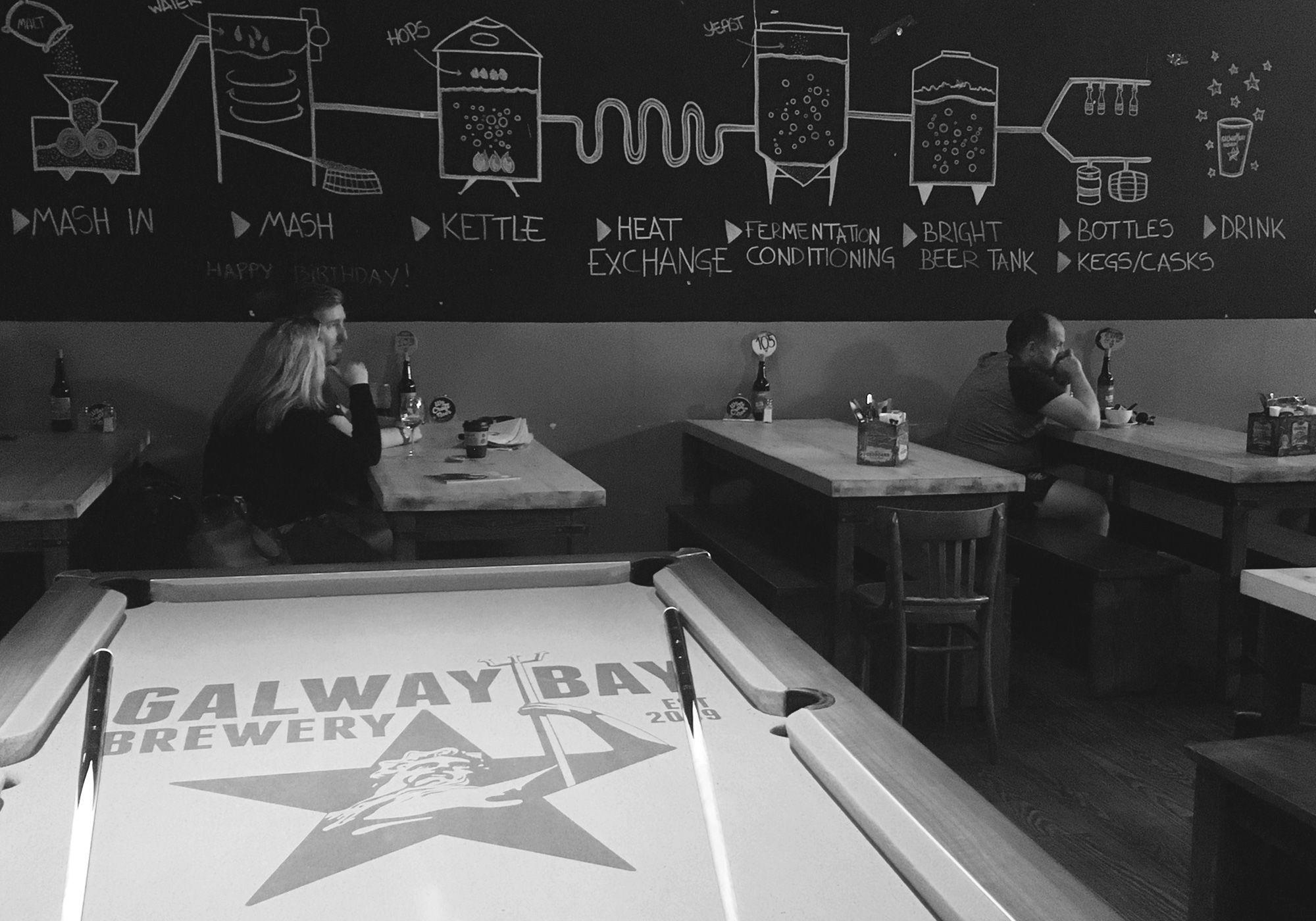 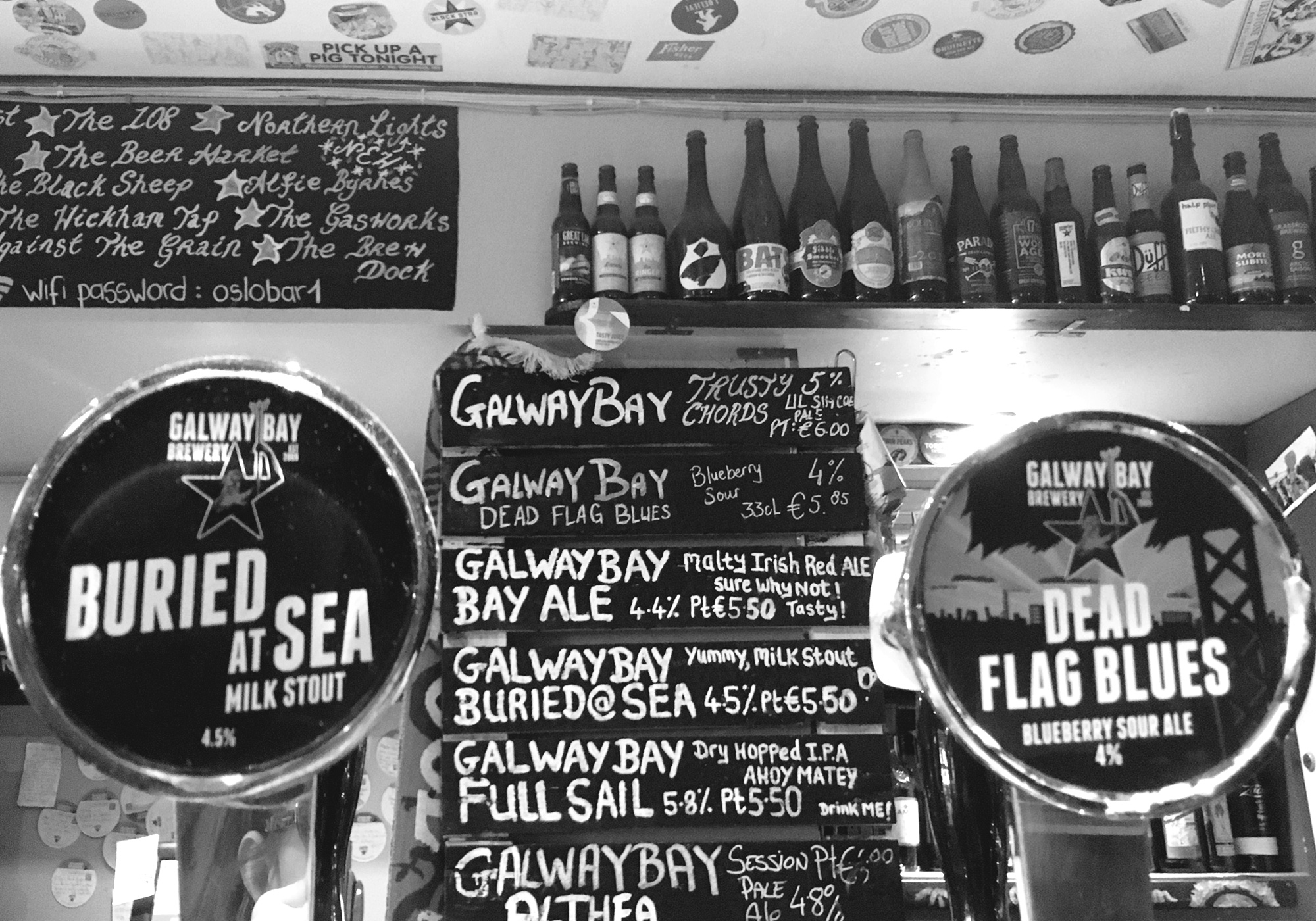 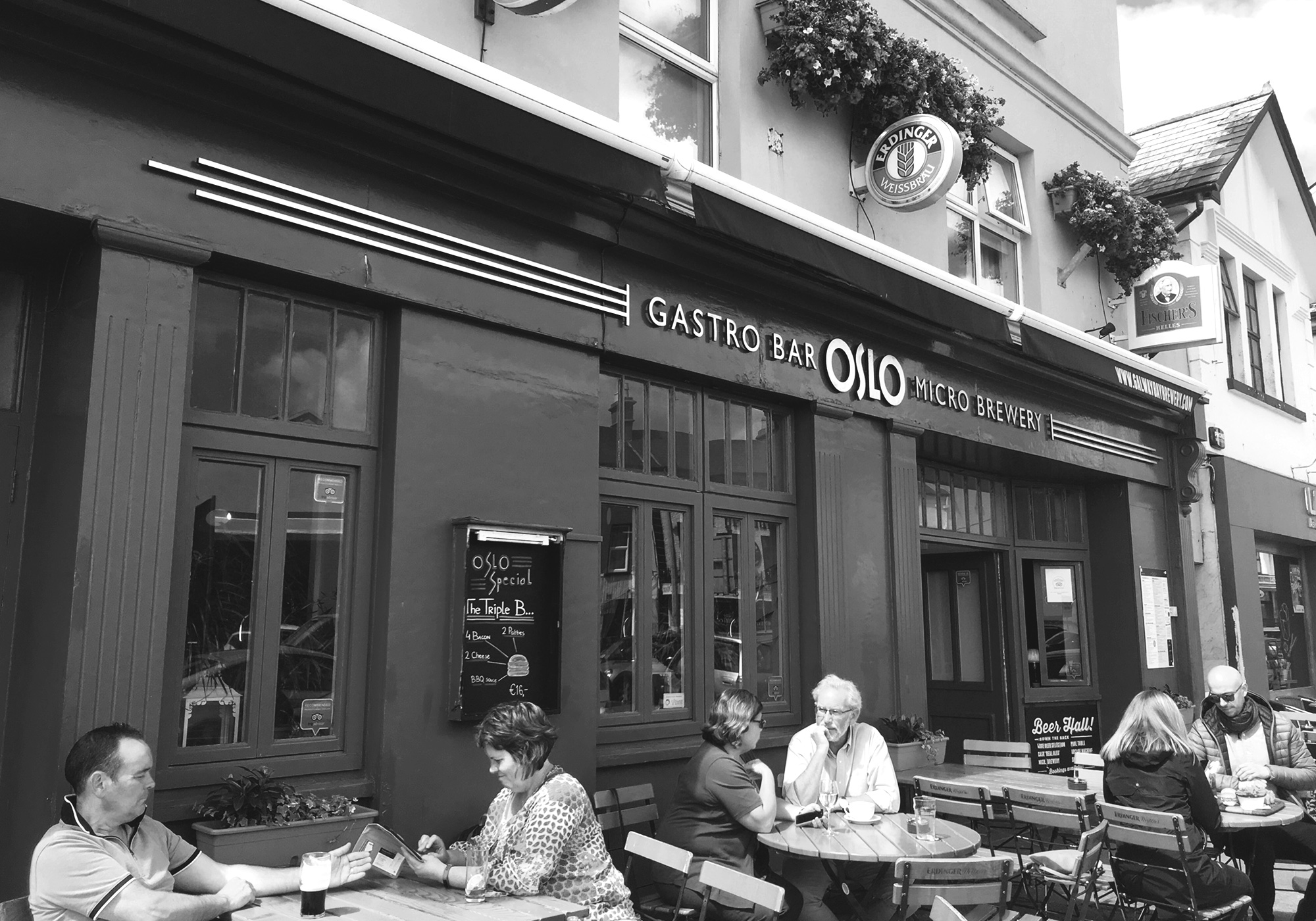 Authored by Alaina Kornfeld, a graphic designer and beer enthusiast based in Chicago. This is her first collaboration piece with The Hop Review. Check out the rest of the DETOURS series as we travel the world looking for unique beers and where to drink them. 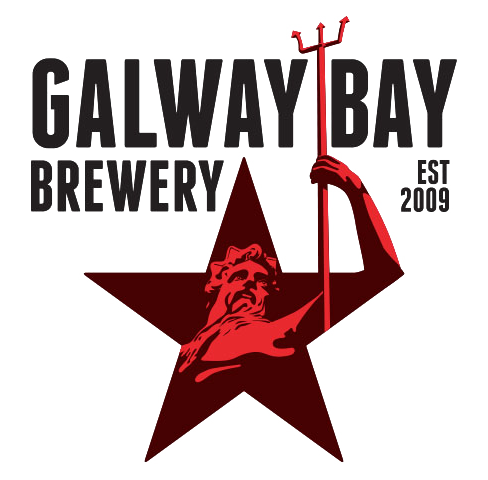