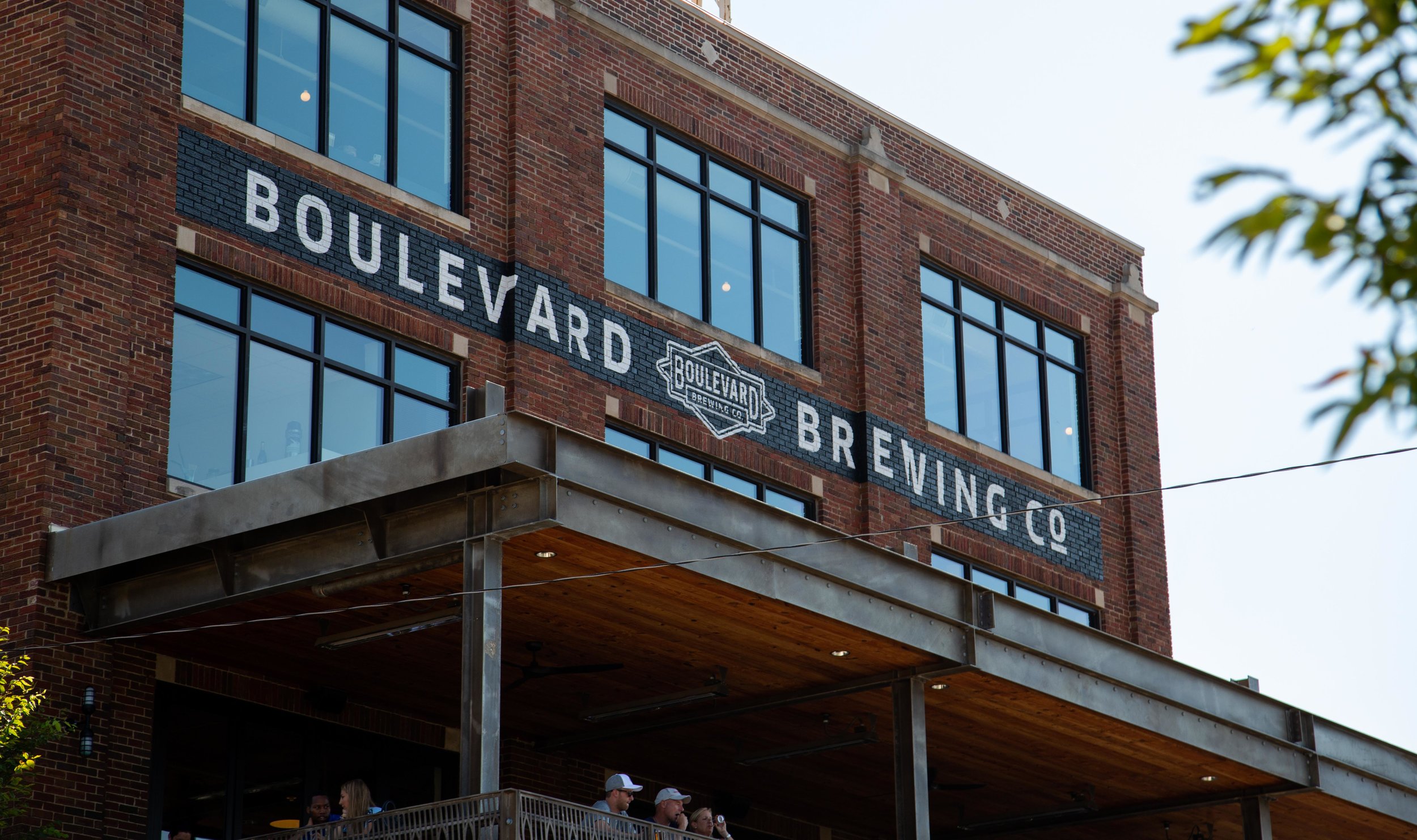 As the legend goes, founder John McDonald tried over 100 different beer styles while traveling around Europe before he returned home to Missouri with those tasty memories to start Boulevard Brewing Company in 1989. A private loan from McDonald’s father and the profits from selling his own home turned a humble art student and carpenter into one of the industry’s formidable Brewmasters.

By 2004, his original 35-barrel Bavarian-style brewhouse reached production capacity and an expansion was required. Two years after a fundraising campaign raised nearly $25 million, a new 150-barrel brewhouse was constructed with packaging halls, offices and banquet space. Its production output is approximately 219,000 barrels per year.

It also unofficially made their location a ‘compound,’ or brewing campus really (One that we’ve written about a couple times previously–here and here–but from afar).

The $5.00 Boulevard brewery tour wasn’t bad at all–a little history, a little beer, and a glimpse into McDonald’s life’s work. We even received a free pint for busing our own glasses. Boom! (As a heads up, you can pay for tour tickets at any time and show up later.)

The end of the tour put us right back in the Beer Hall. It’s an enormous space; but, it was Saturday…and it was packed. The main beer hall is located on the 2nd floor of a beautiful historic building, and is set-up with long communal tables and a wrap-around balcony. Their main bar is setup with 25 taps–a lot of names you’ve likely seen before and a good handful you likely haven’t. There is also a second bar exclusively pouring experimental drafts, which is a really fun thing to see and experience. I know most breweries are not going put on six taps of experimental beer, but we appreciated all of these one-offs…even if they struck us as a bit too weird at times.

After a small wait at the main bar, I had to try one of my Boulevard favorites…

I have fond memories of trying their iconic Boulevard Wheat for the first time. It was on an impromptu trip to Lawrence, Kansas to watch the Jayhawks win an NCAA basketball championship. I have to admit that I wasn’t nearly the educated beer nerd that I am today, but this trip was one of my first introductions to craft beer–and to Boulevard–and I still praise that unfiltered ale.

Five years after I made that trip, in 2013, John McDonald sold Boulevard to

Duvel Moortgat. It was a bit serendipitous, maybe, since it came 25 years after McDonald had toured Duvel on his European beer tour.

While I wasn’t able to speak with McDonald directly, he was quoted by the Kansas City Star at the time of the sale, saying, “My kids are too young to take over, and I don’t want to be 70 coming down here arguing with people.” Done and done.

No matter what you think of the sale, Boulevard has the size and capacity to produce options to satisfy anyone’s palate. Jam Band is a surprisingly good fruit beer that got thumbs-ups from the IPA- and non-IPA drinkers of our group alike. Tank 7 is a classic take on a Saison that is still regarded as the industry standard. Their Fling Craft Cocktails were all solid–and we all agreed they beat the hell out of any hard seltzer on the market. Their Smokestack Series will satiate any beer nerd’s appetite. So, despite personal preferences, Boulevard can make any visitor a happy one.

And if beer just isn’t your thing (it’s not?), they’ve recently opened up their third floor to accommodate, well, another bar, but also a full-length shuffleboard. And it’s spectacular. We spent the rest of our time drinking, shuffling, and snacking (on a solid charcuterie plate). And on the way out, we picked up a 750ml of their Sixth Glass quad from their Smoke Stack Series.

While spending a handful of hours at the ‘compound,’ we were able to learn about and experience Boulevard’s arc. John McDonald discovered a passion, built on it, expanded it and…then sold it. But if you go outside and take a look at the Kansas City skyline, you can still enjoy of taste of his life’s work, and it proves it was all worthwhile.

Tank 7 [Saison, 8.5%] – What else do you order first when visiting Boulevard, but their iconic and industry standard saison? A welcomed change of pace from the rest of the menu, Tank 7 is an American Saison that has aromas of hay, lemon, and orange peel. The flavor is equally lemony and a tad earthy, with fruity esters and some spicy notes on the back end. It finishes supremely smooth and a tad dry. 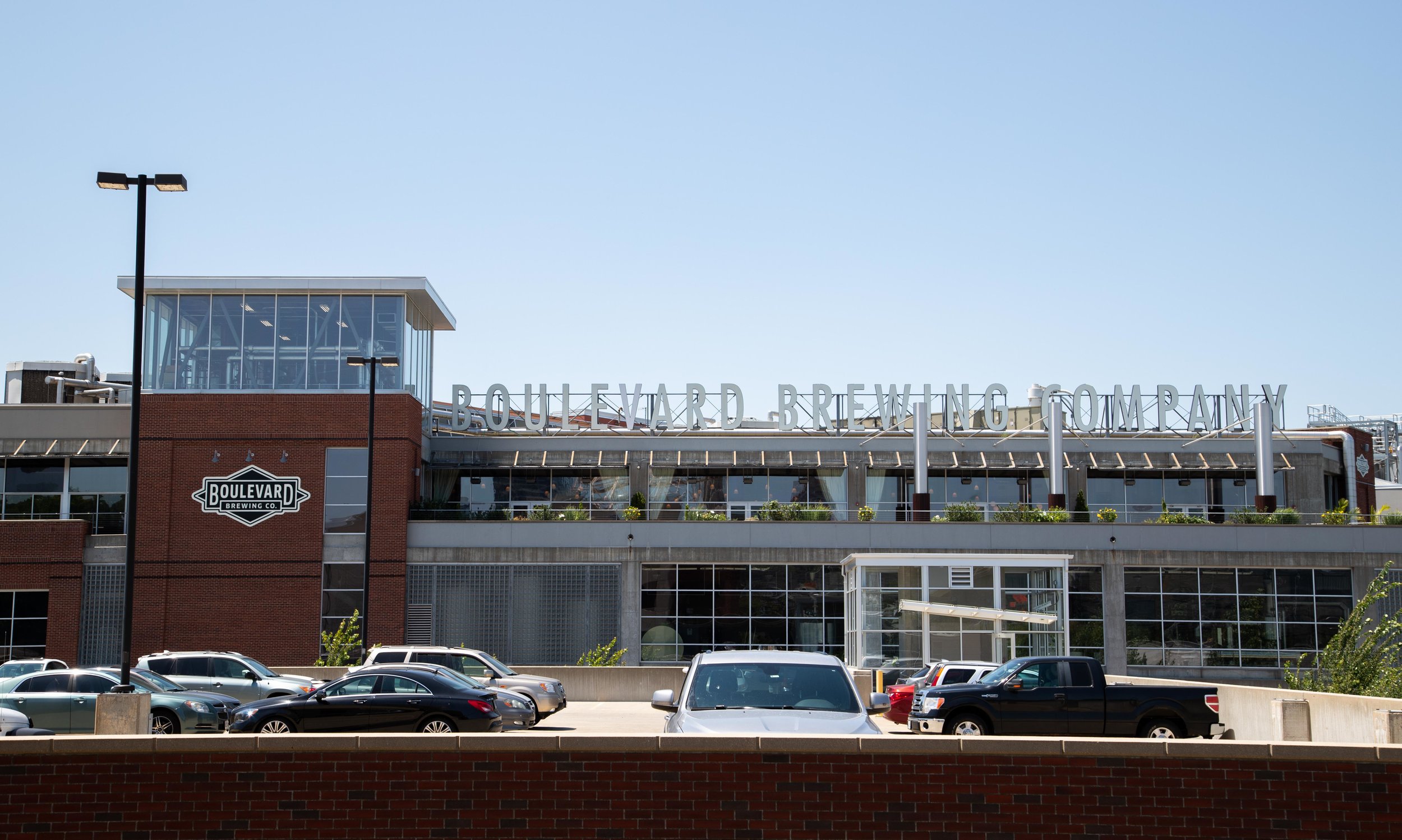 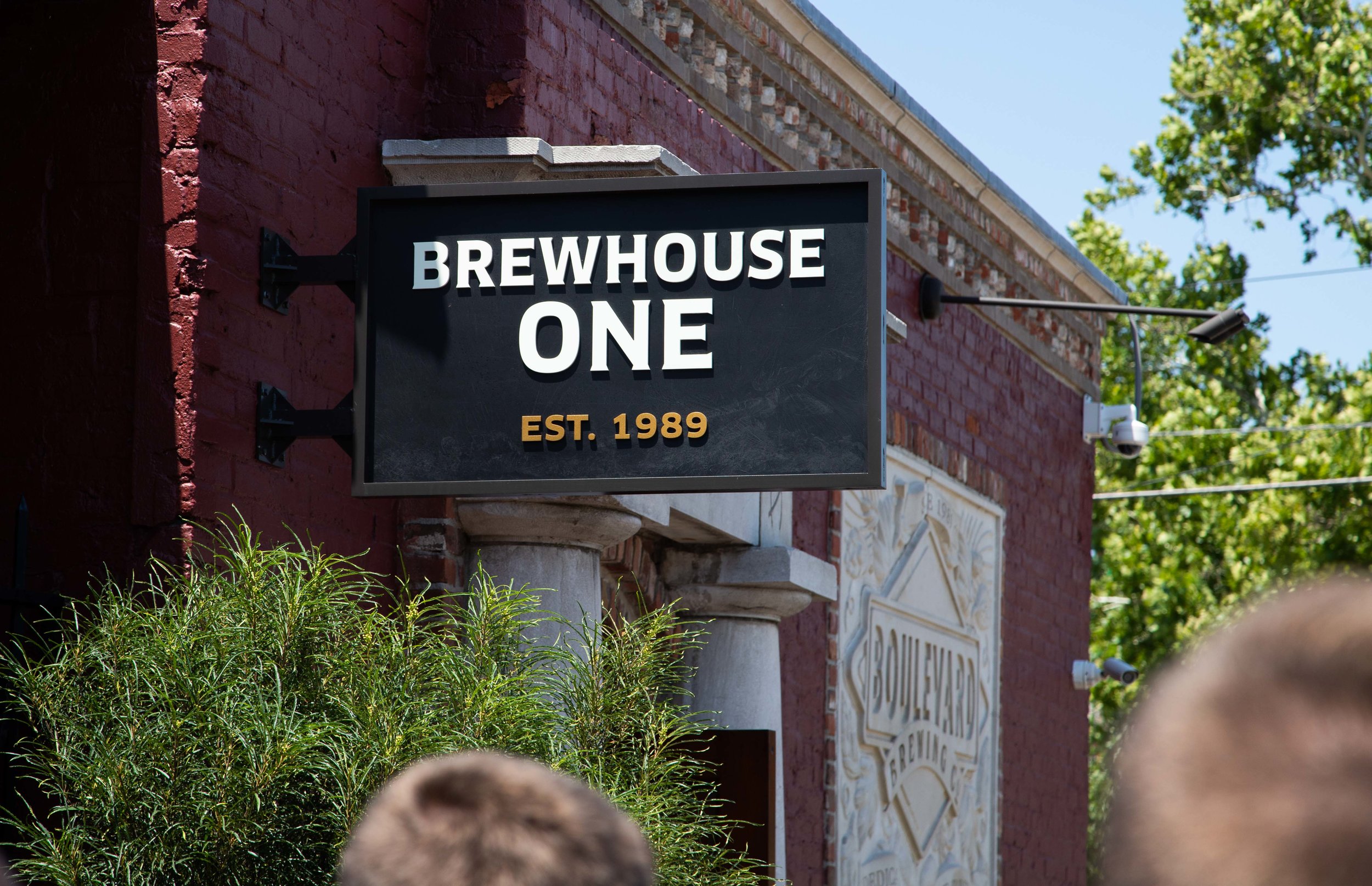 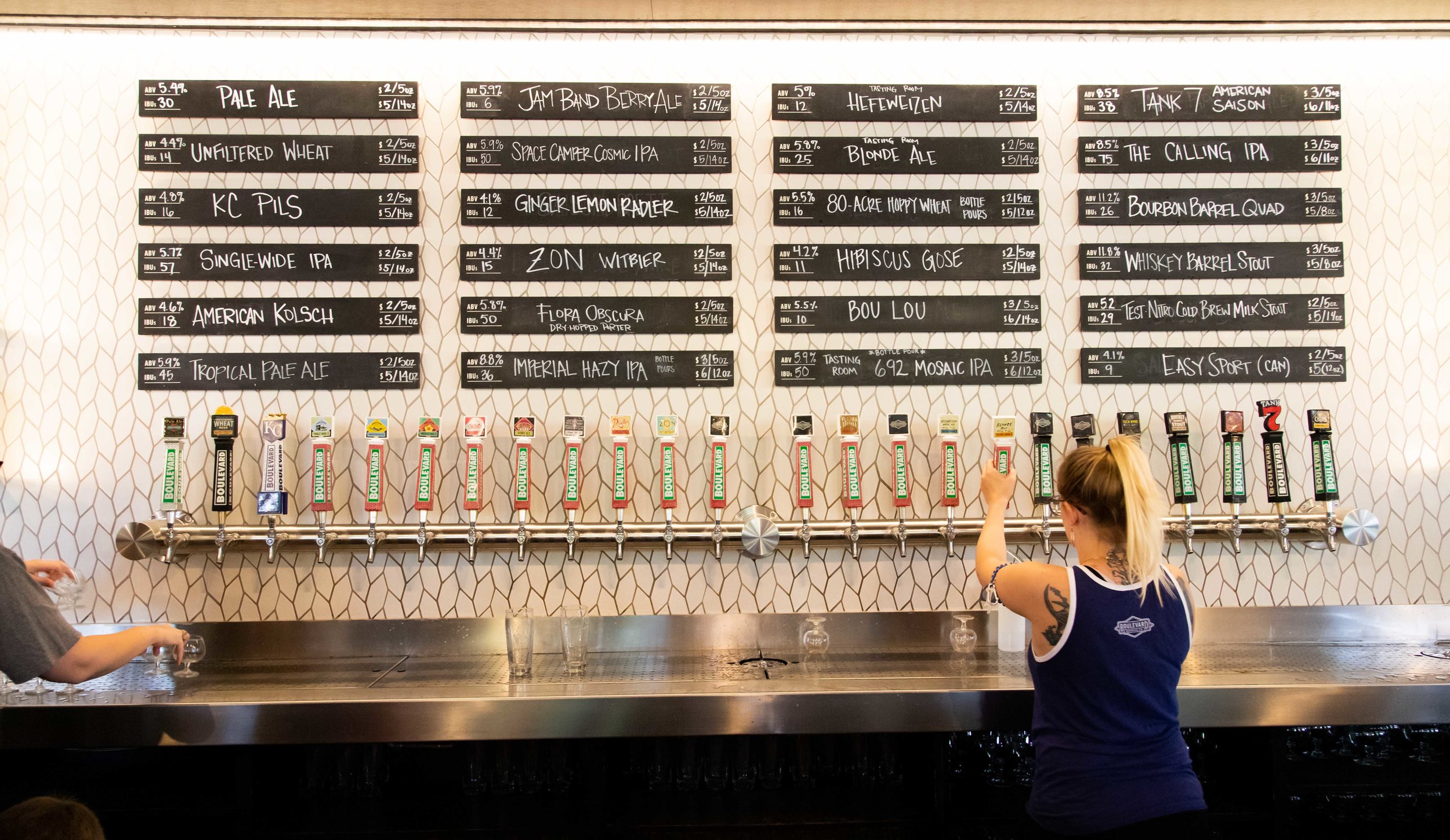 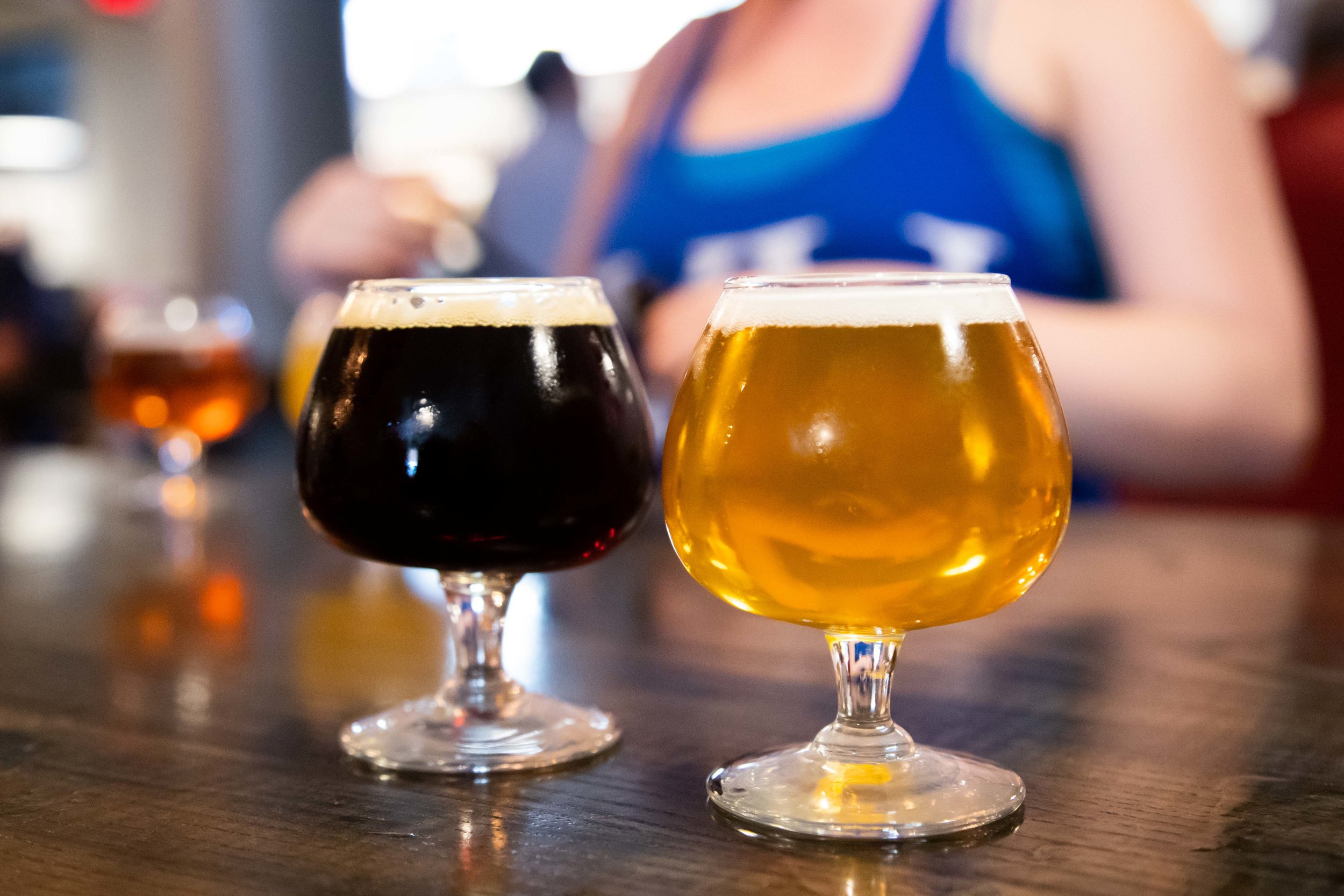 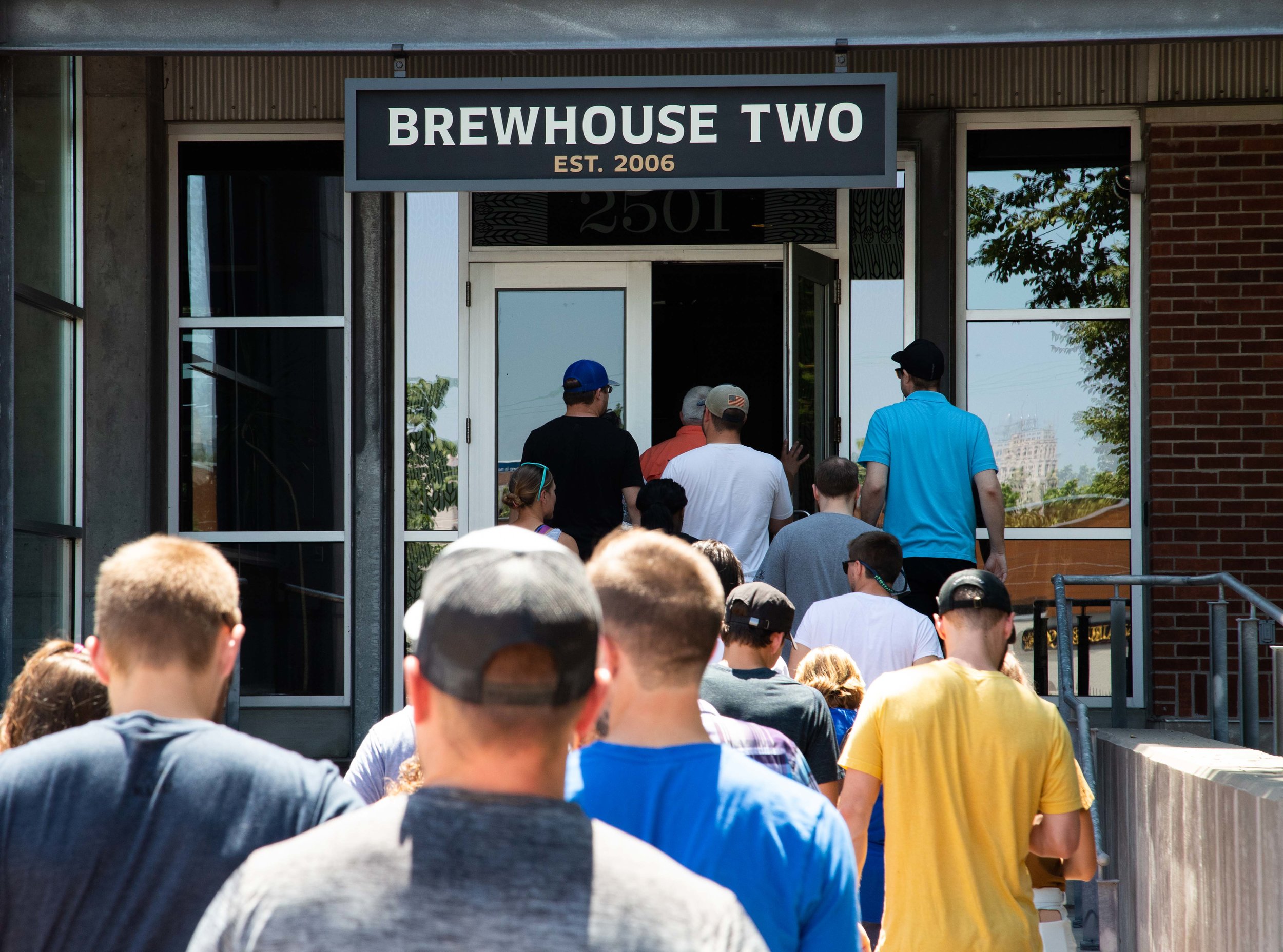 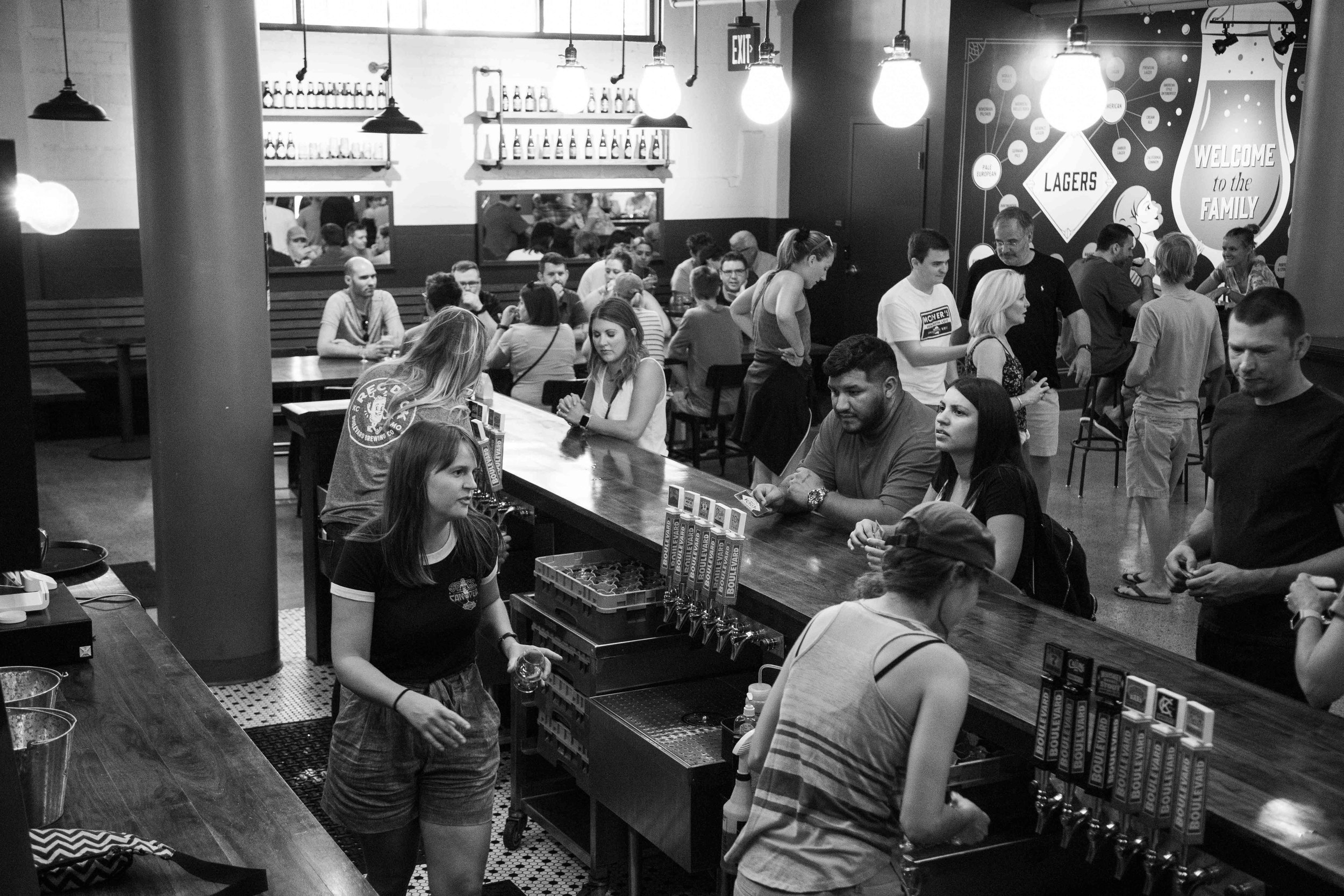 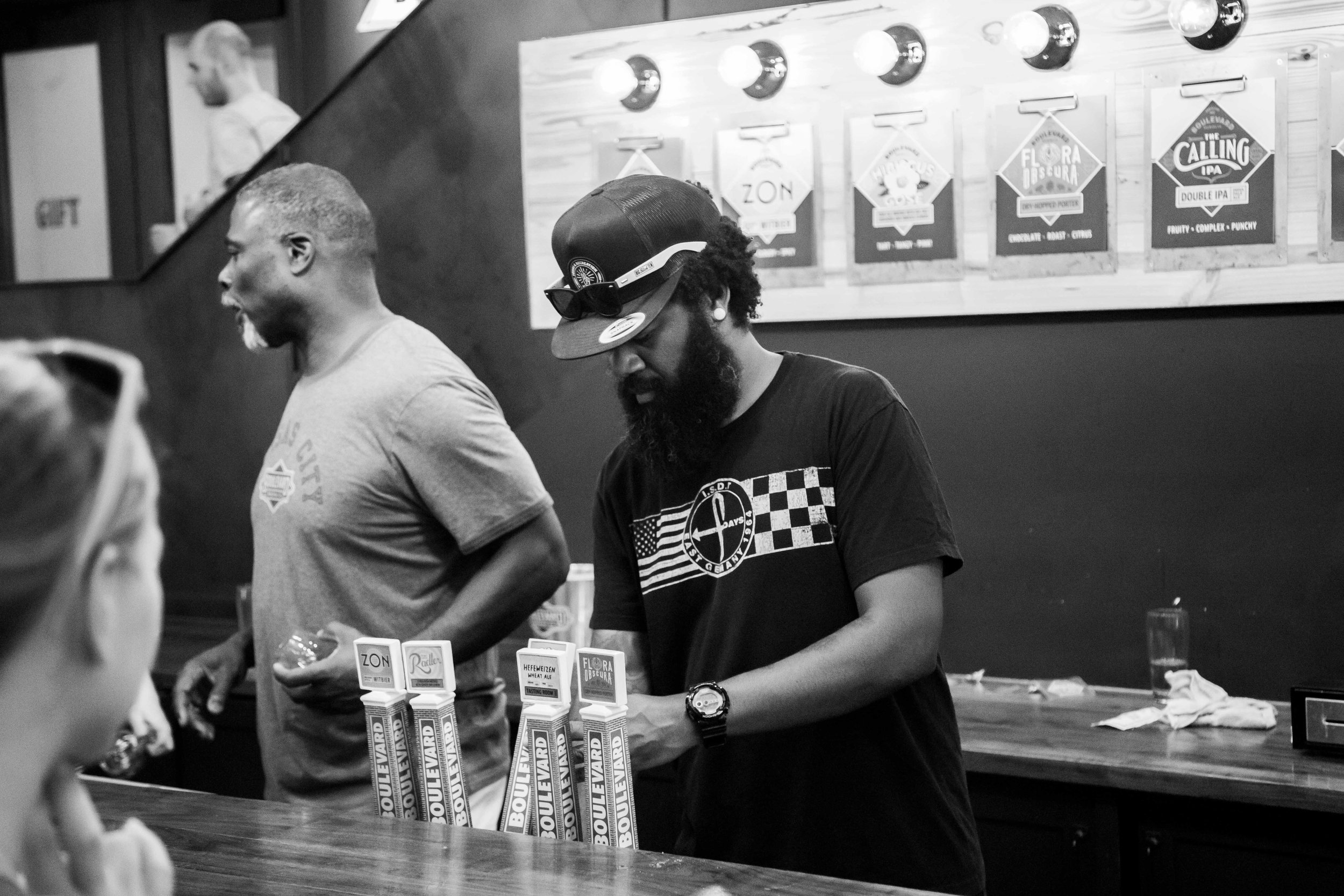 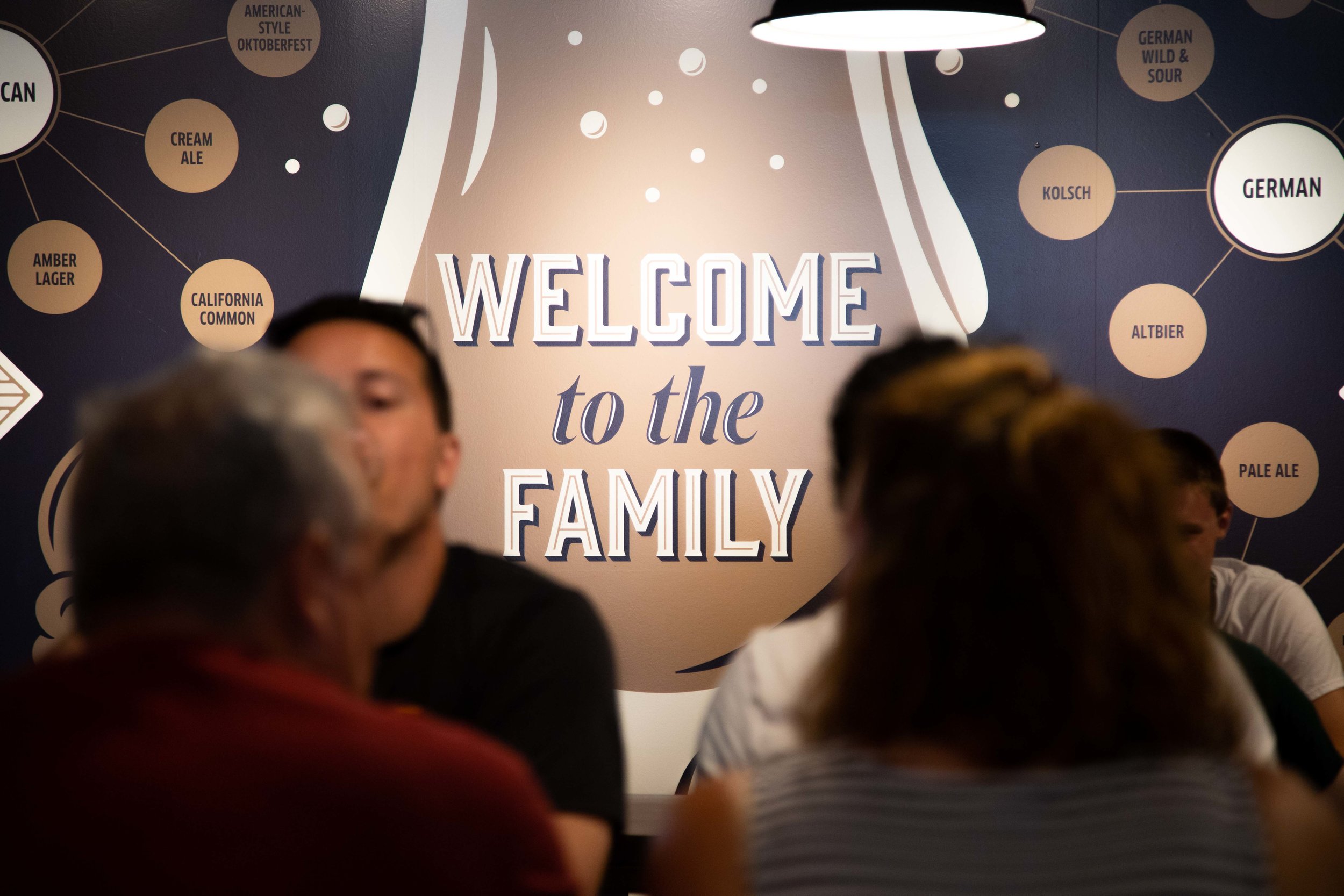 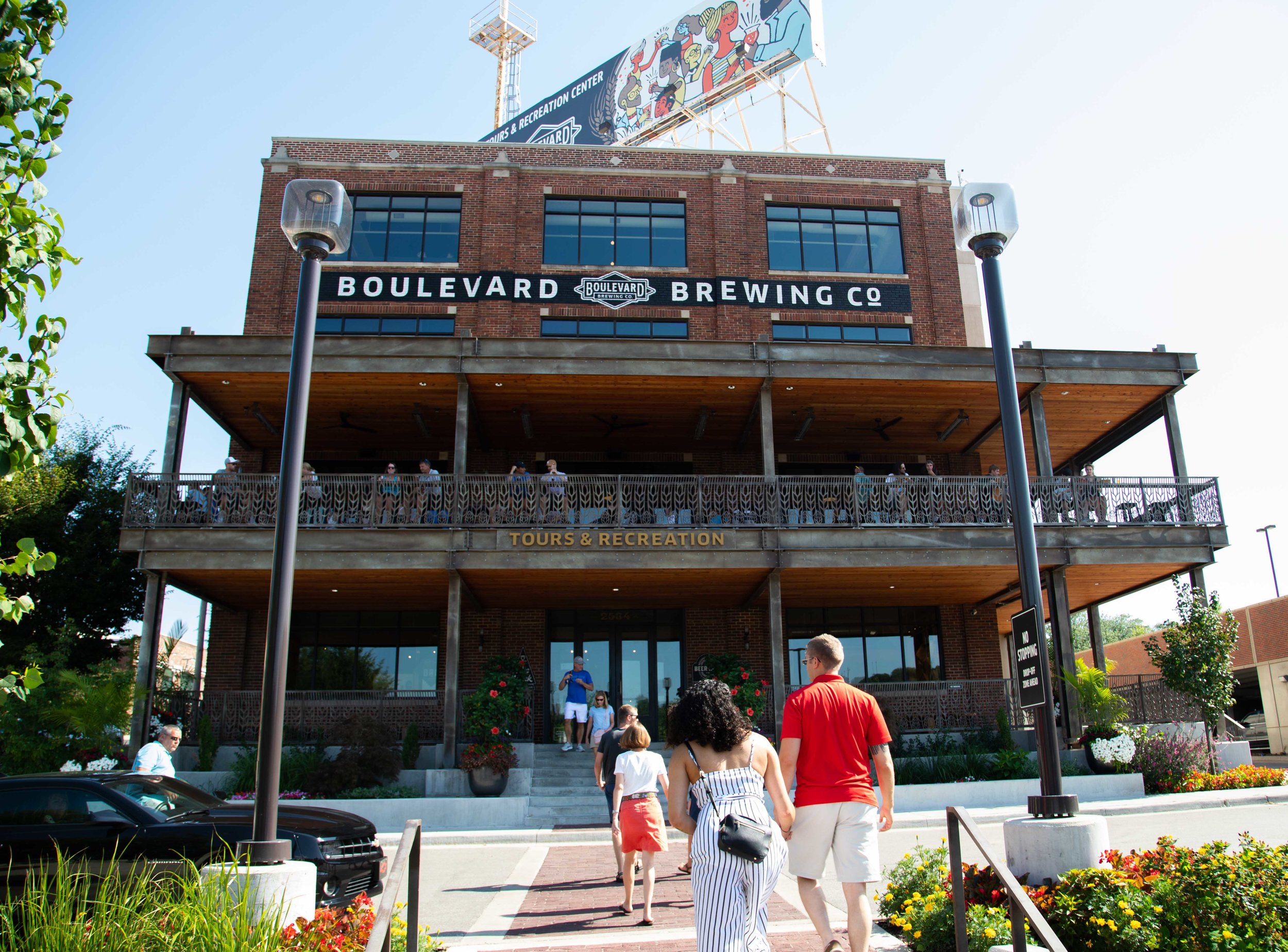 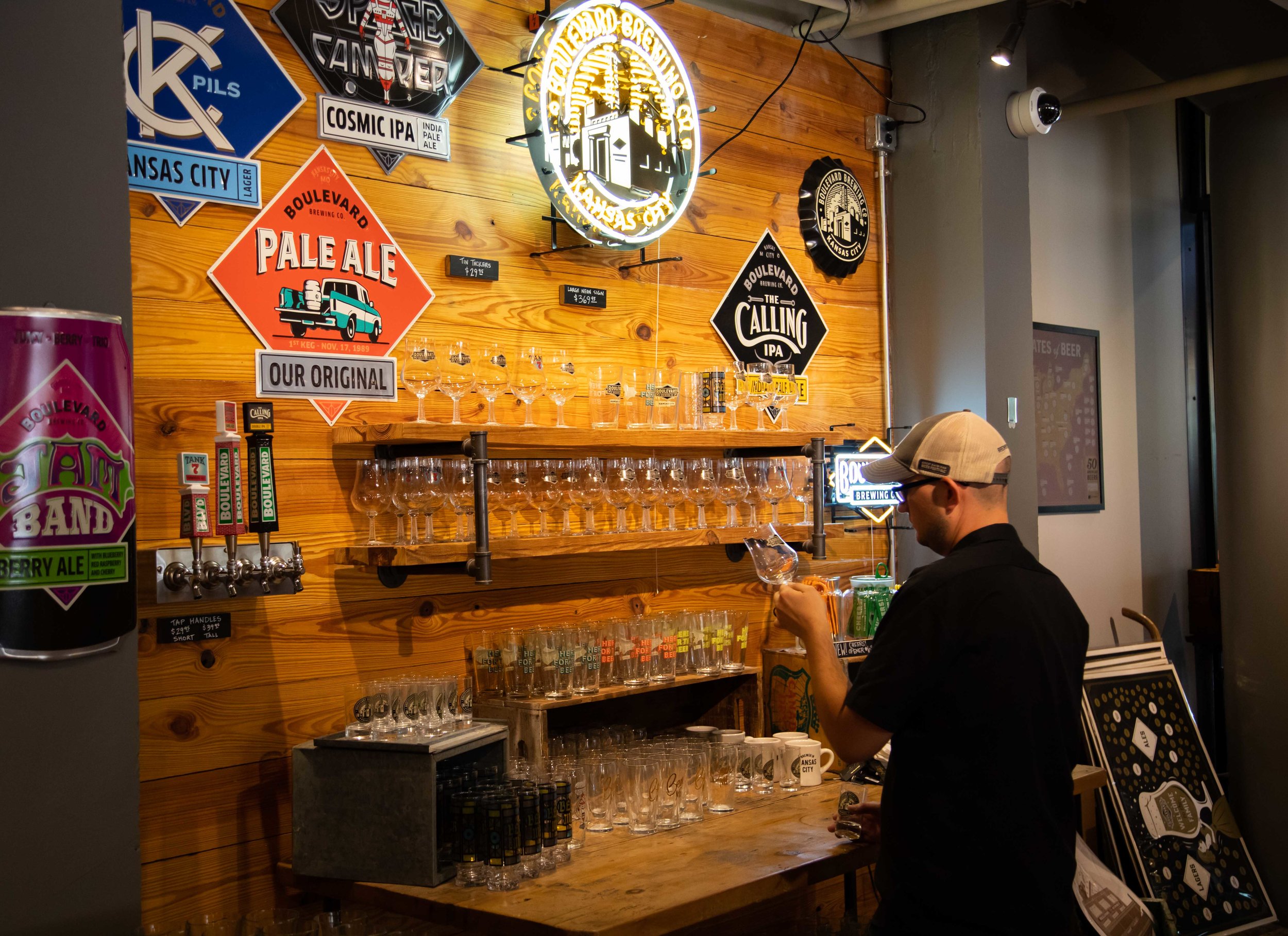 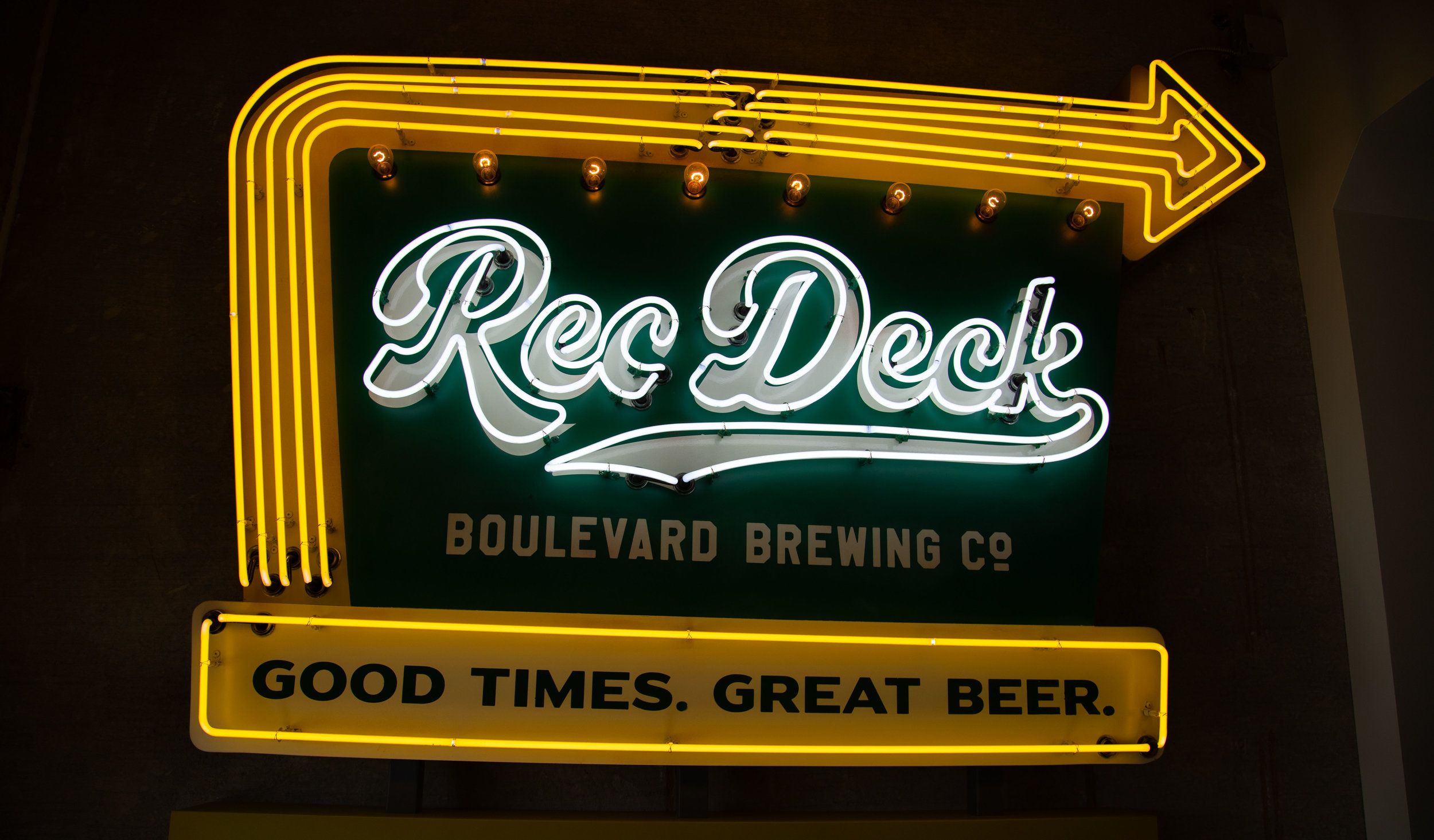 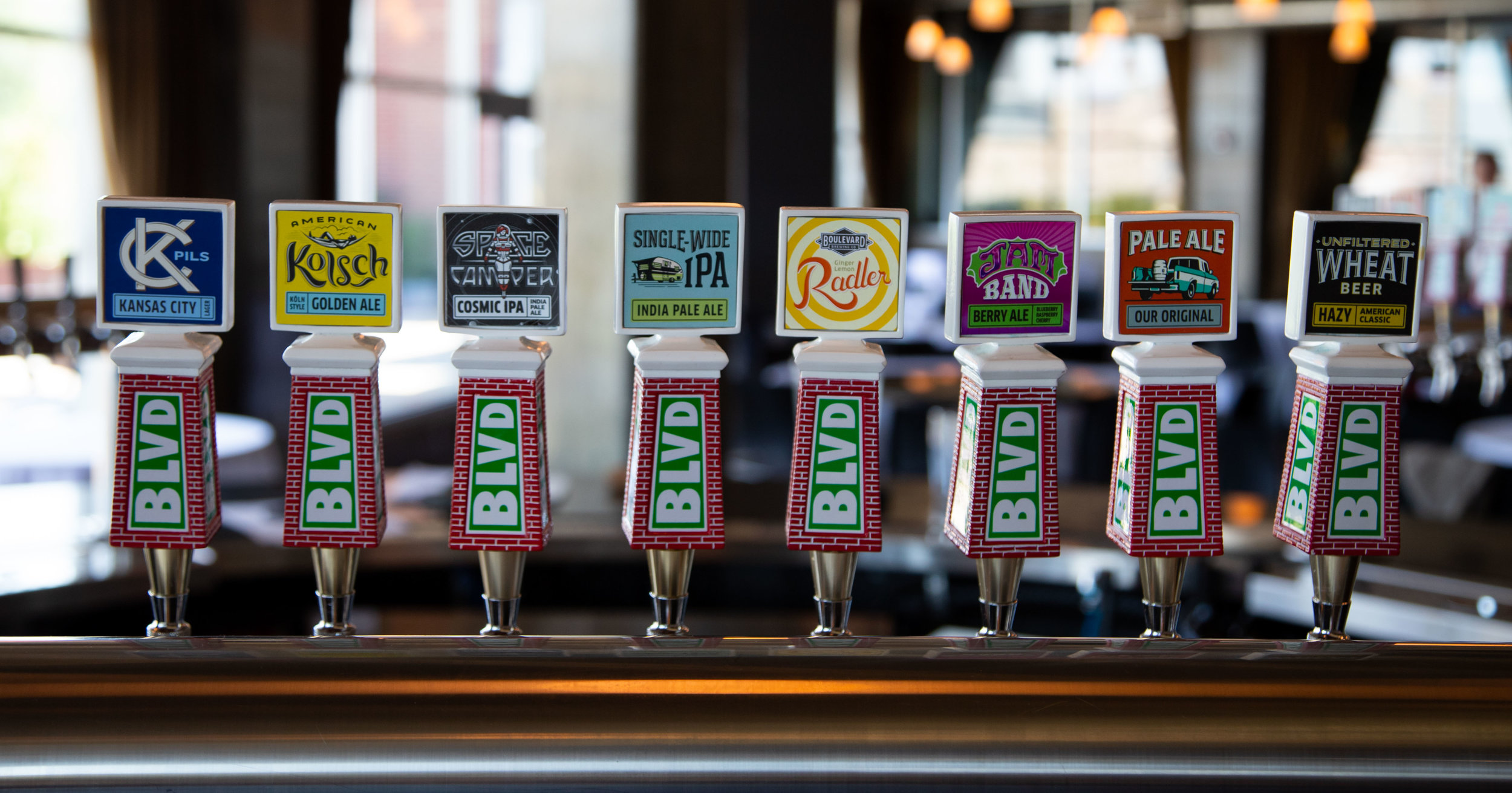 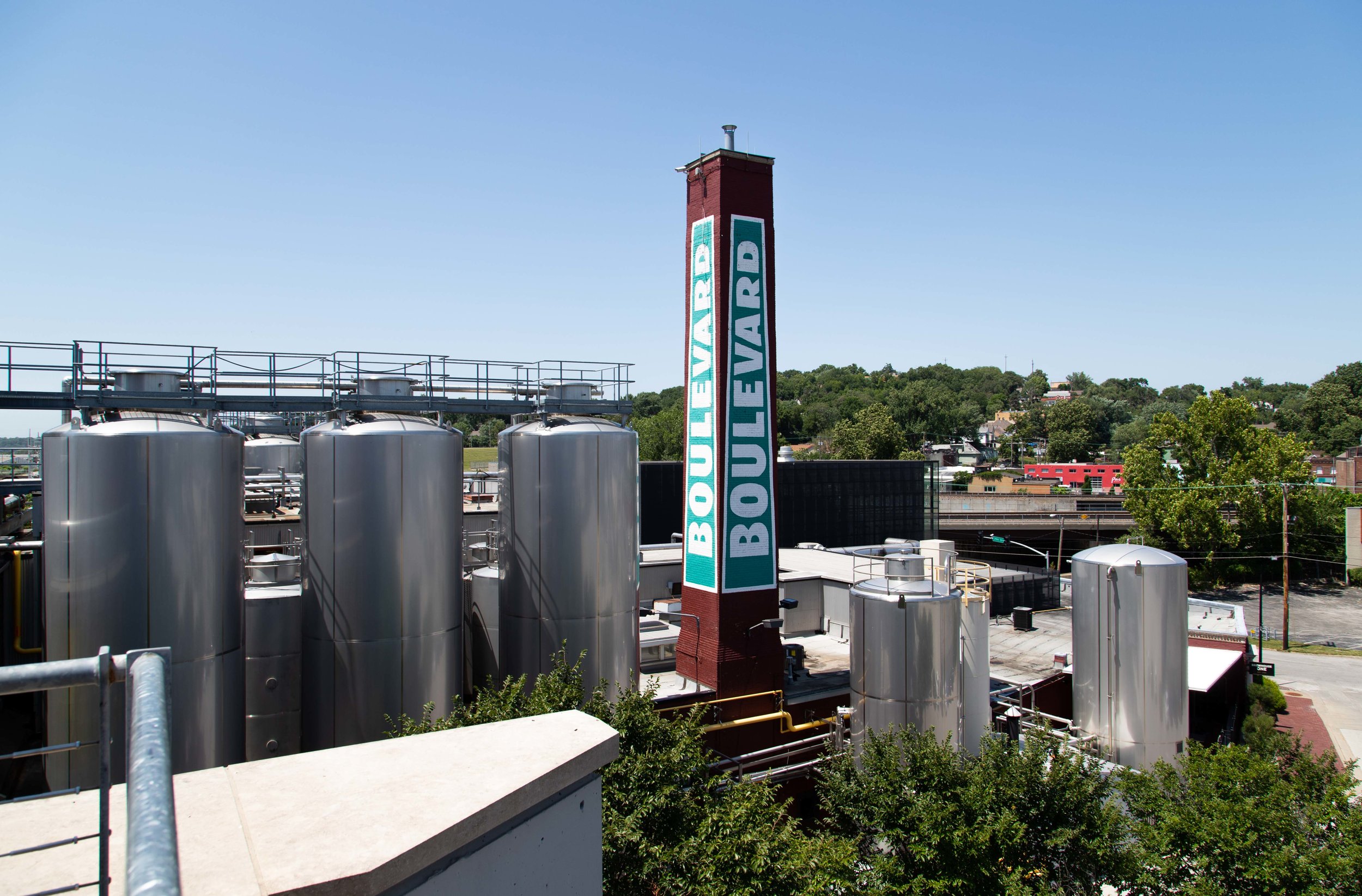 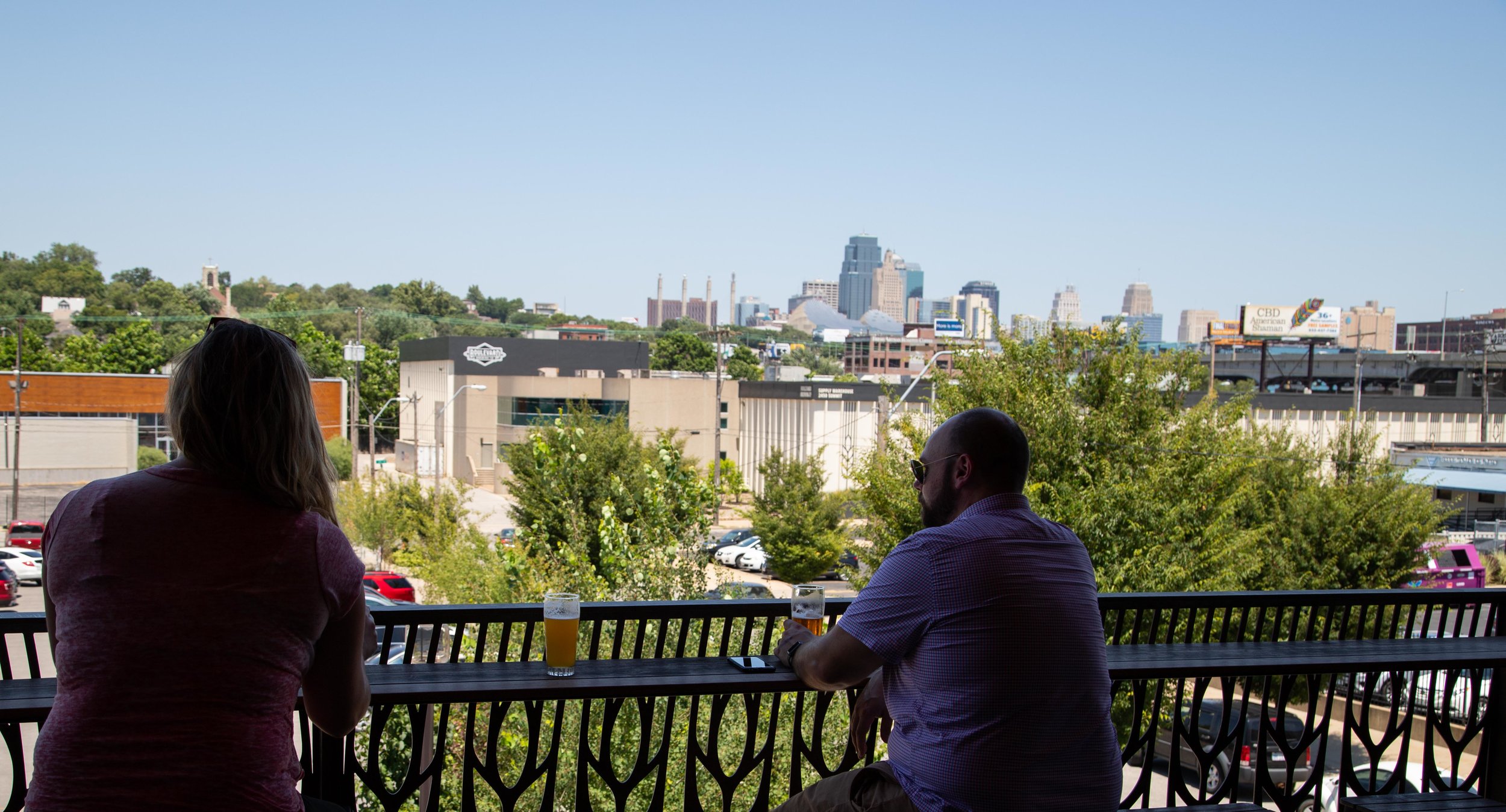 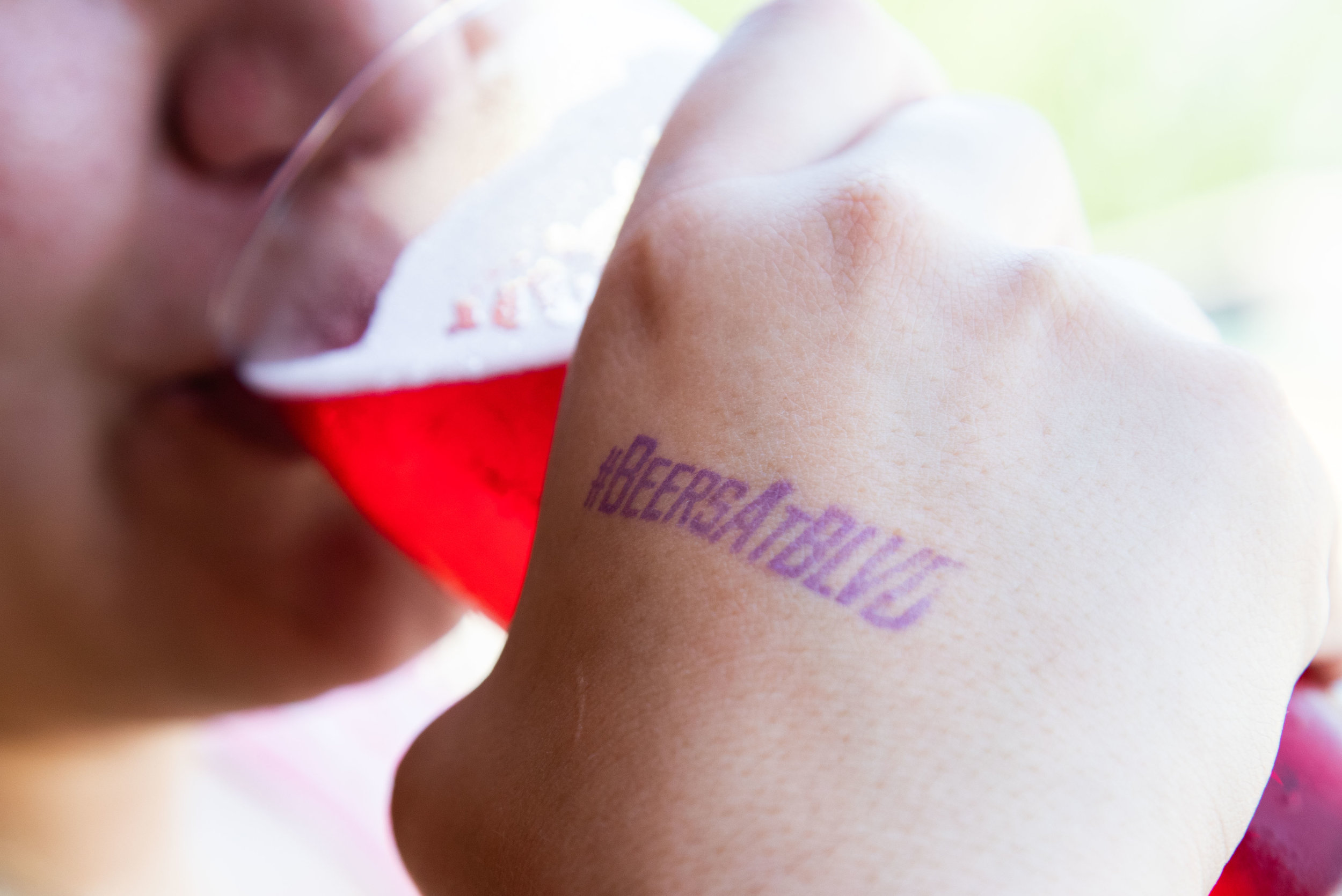 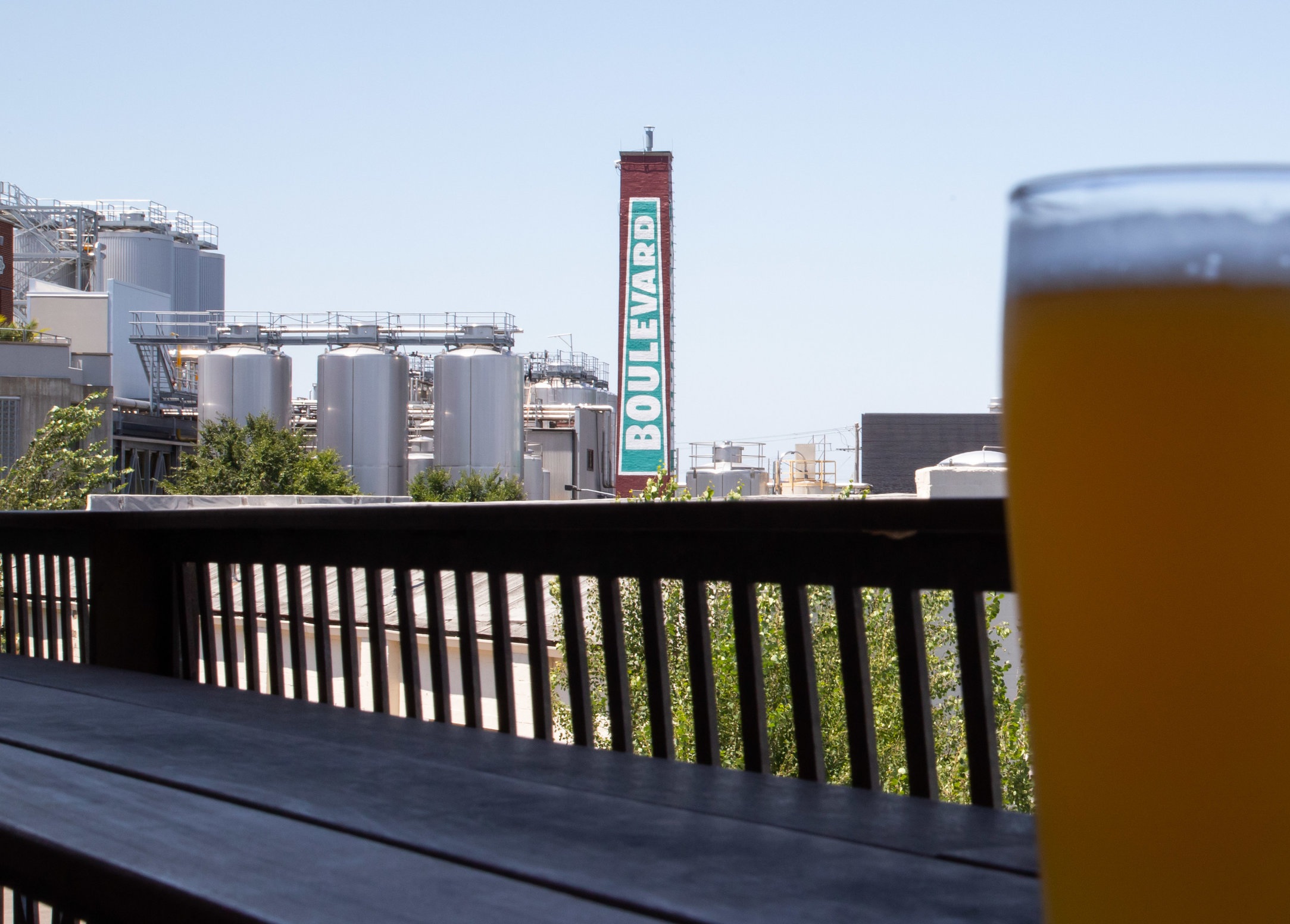 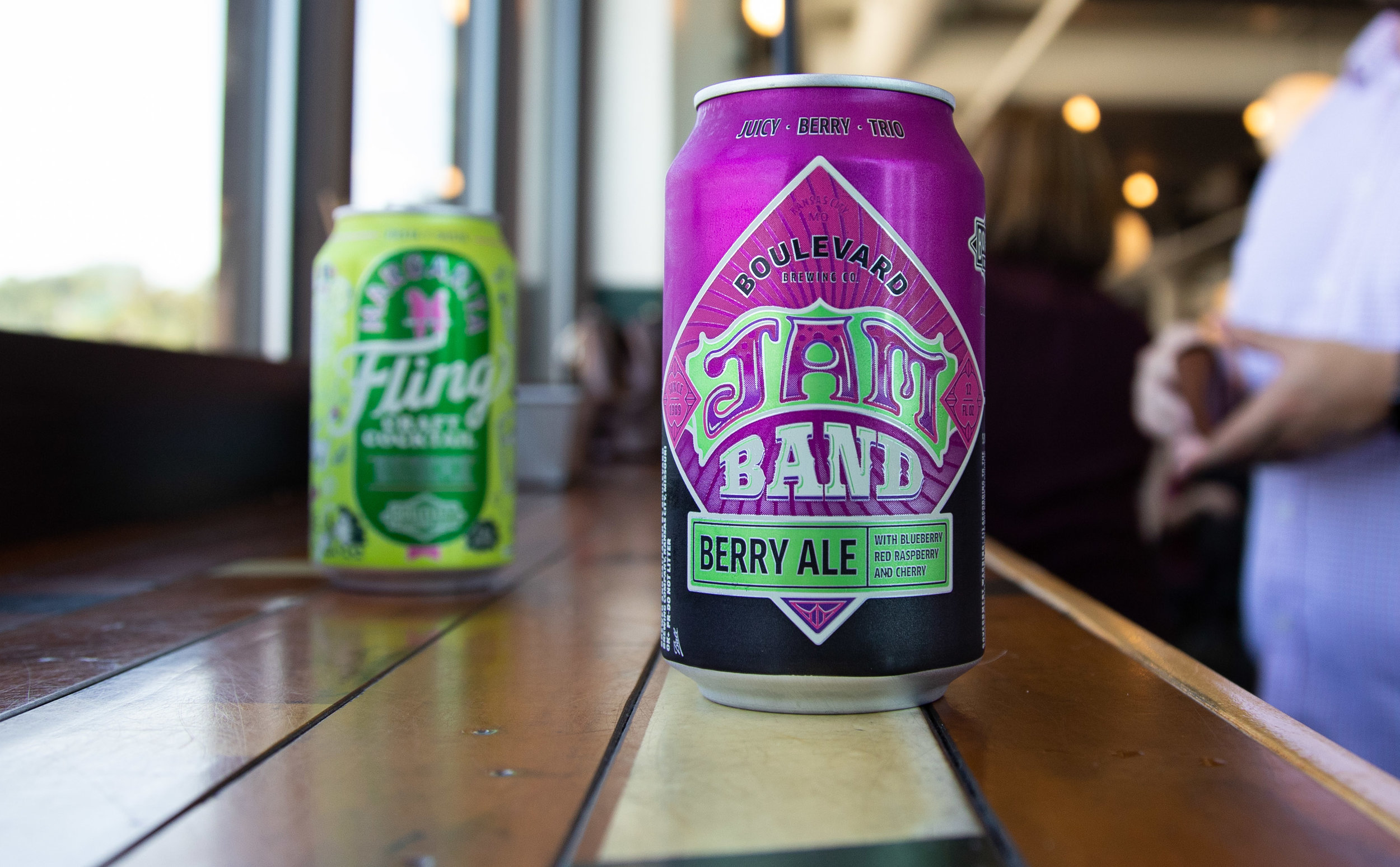 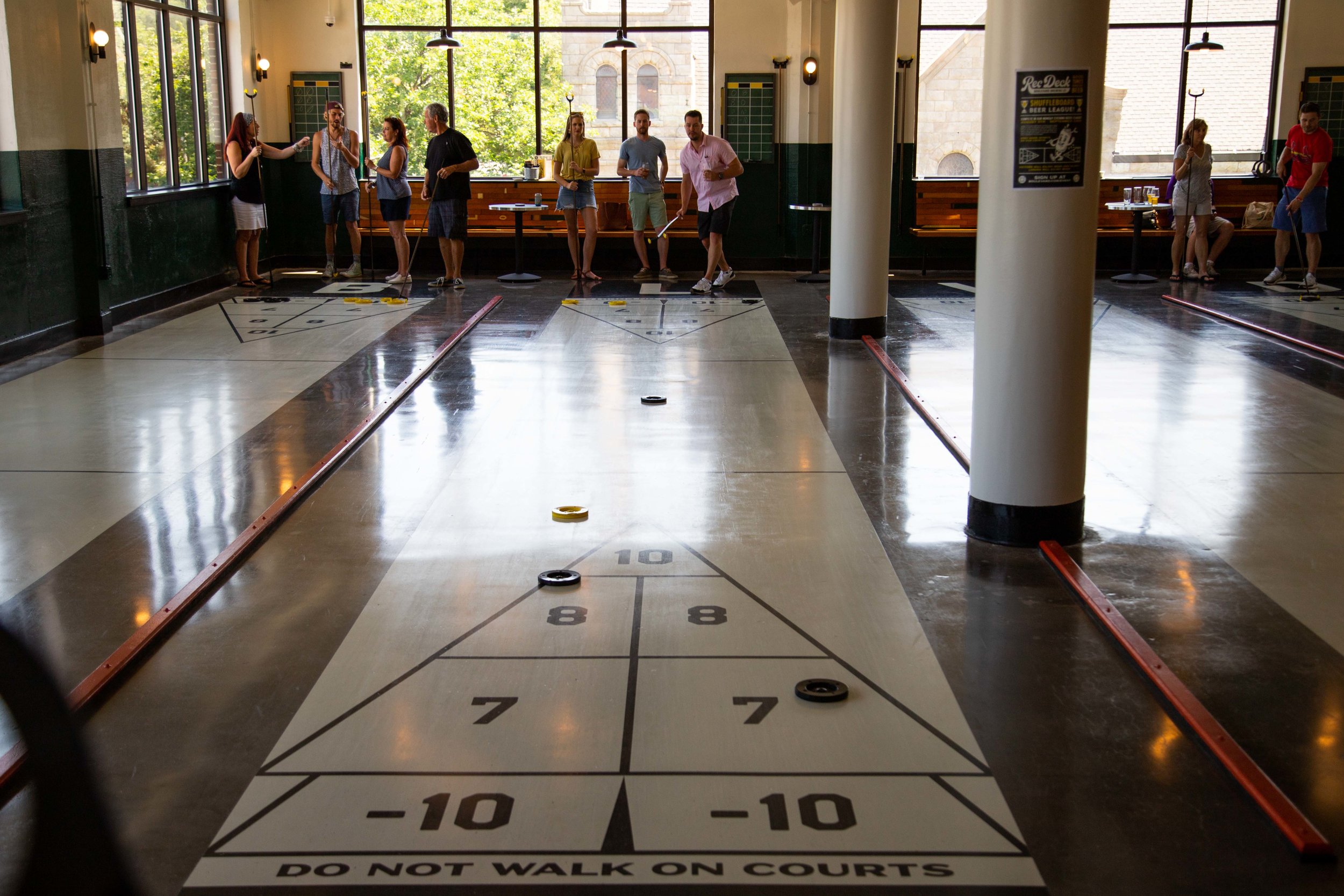 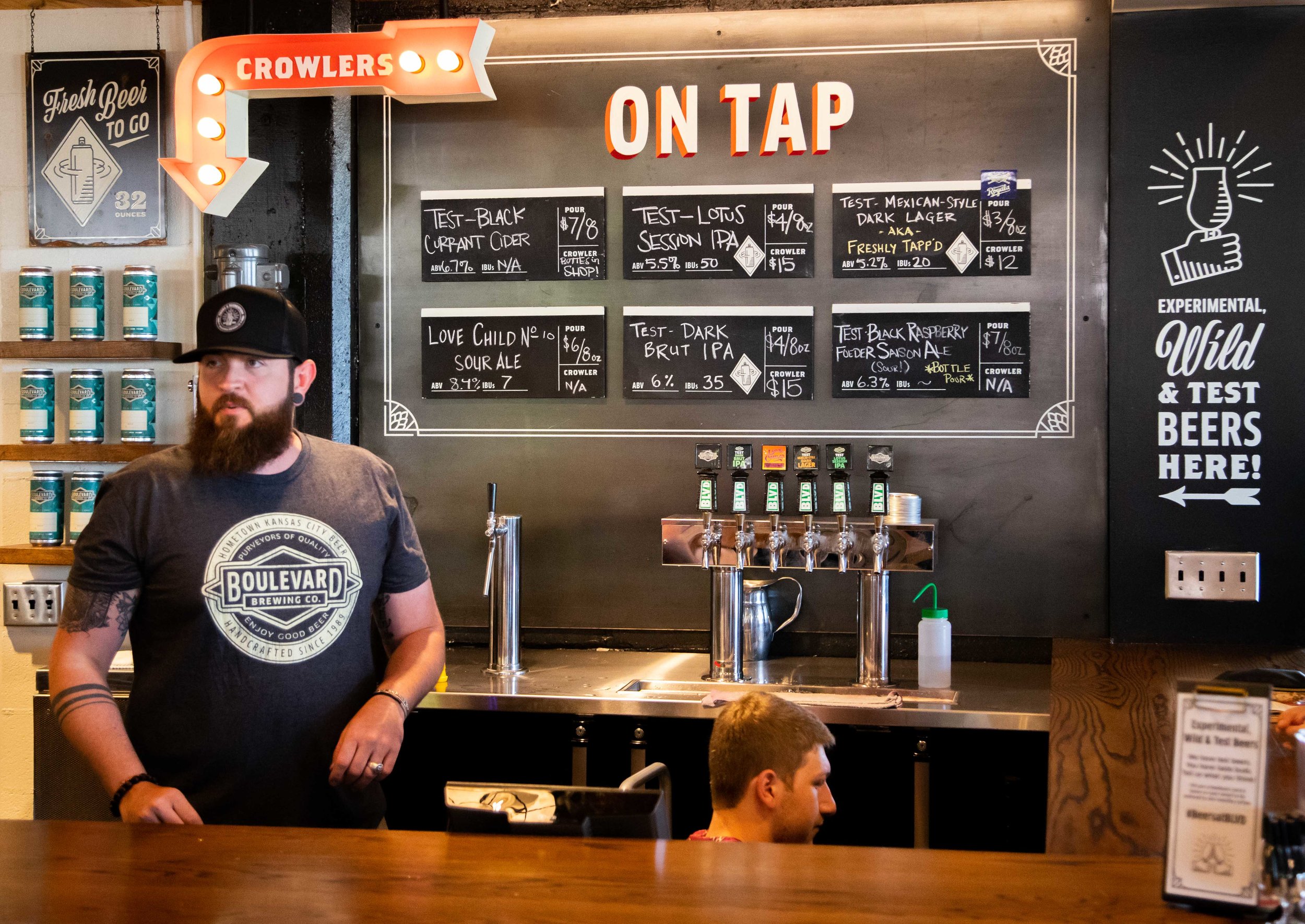 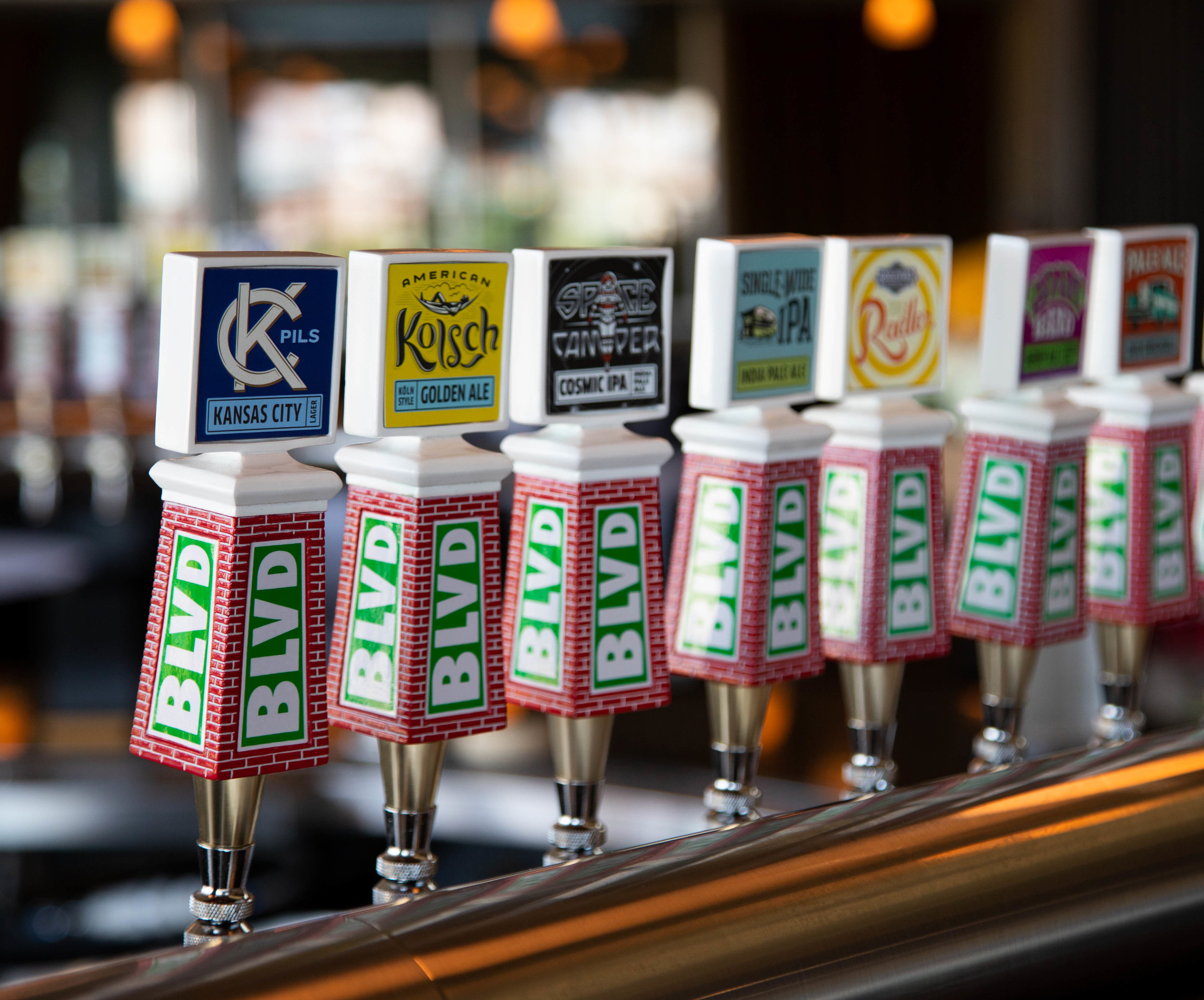 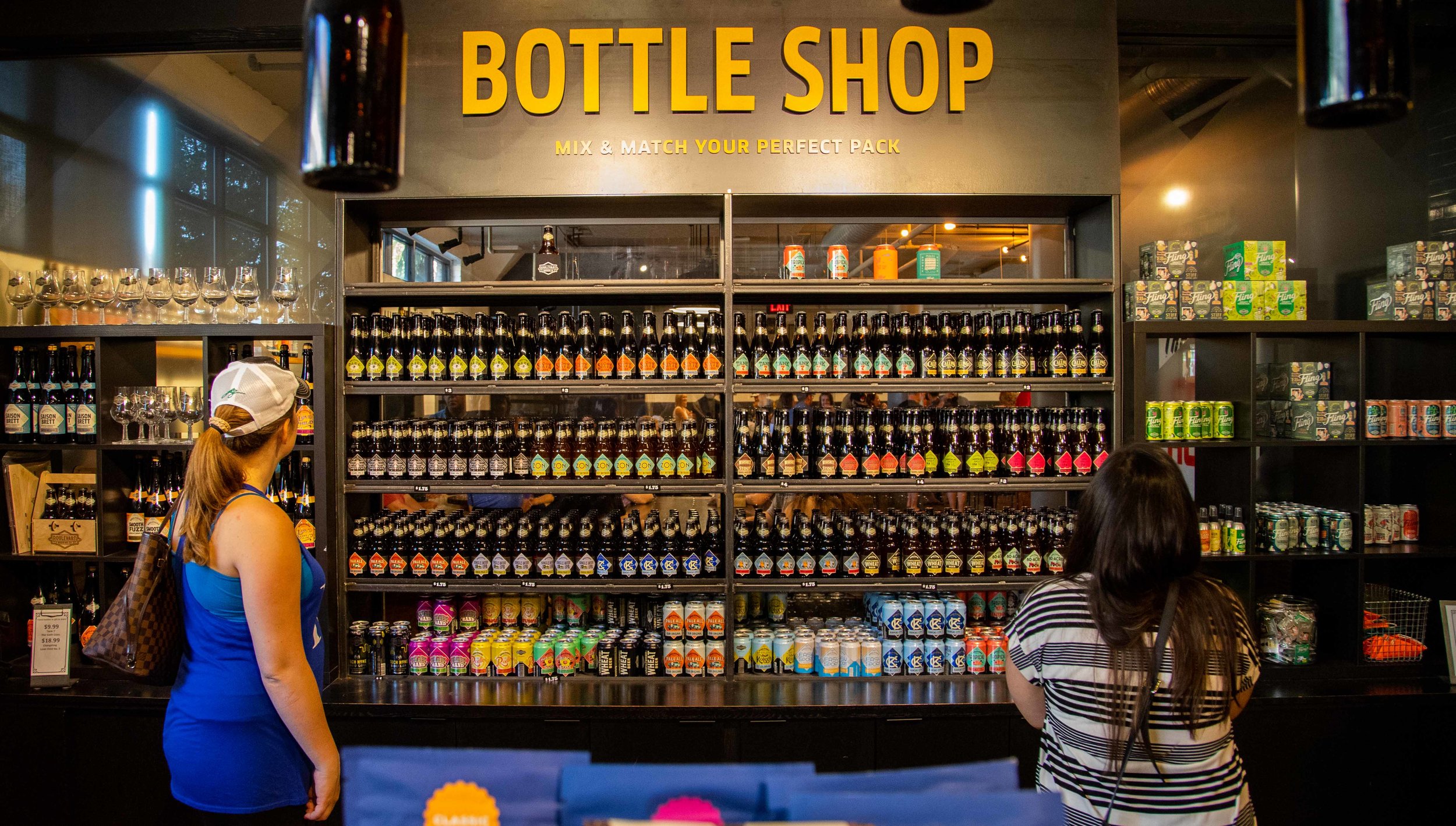 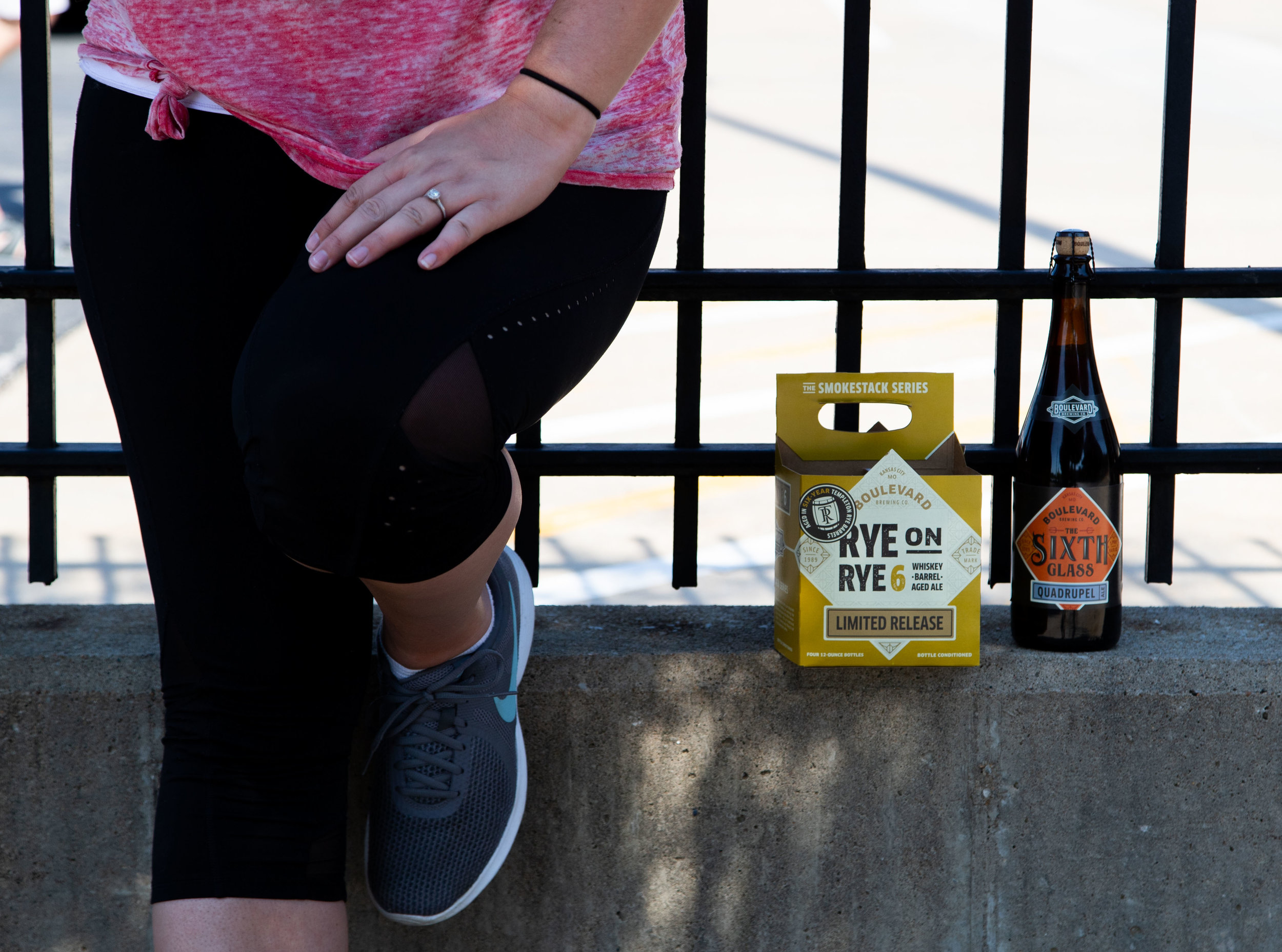 Photographed & authored by Michael A. Hubatch, contributor for The Hop Review. Hubatch is a writer and photographer based in Chicago. He has previously covered the beer scene in California, Illinois, Indiana, Nevada and Tennessee for The Hop Review. 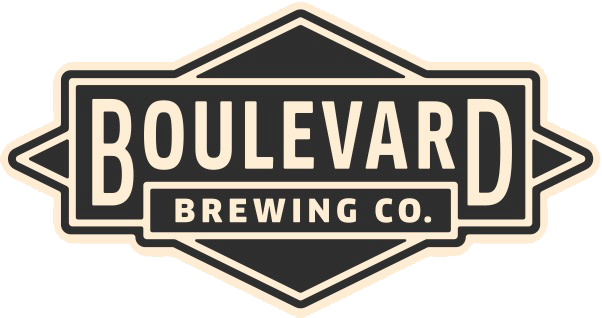