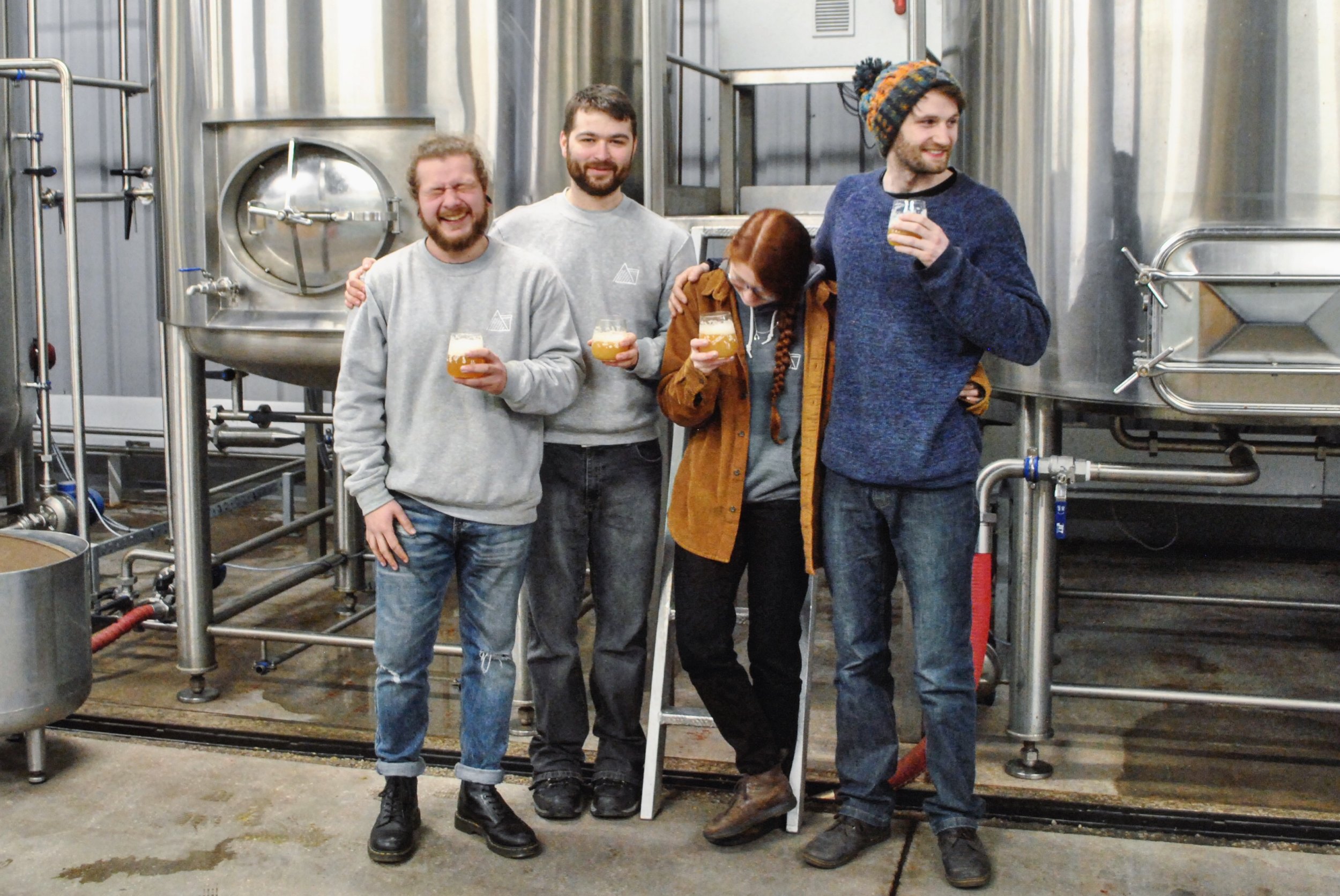 There’s no shortage of interesting beer to explore in Manchester, England. The city’s rapidly expanding–and notably uninhibited–beer scene has made it a tourist destination, where some brewers’ imaginations are challenging the expected English cask ales that have been produced for centuries. Among this ever-growing collection of buzz-worthy beer is Wander Beyond Brewing, who’s been churning out a steady stream of bold, creative brews since their launch in December, 2017.

We visited the brewery on an overcast day in February, following a welcome visit to Northern Monk’s Manchester bar. We made our way south to the railway arches on N. Western Street, in an industrial area of the city, now co-opted by handful of brewing operations and a posh gym reportedly frequented by some of the Manchester United team’s wives. On the other side of an unassuming industrial garage door is the brewery, where we were welcomed by a tight-knit crew at work, managing operations. It wasn’t a brew day and the vibe was decidedly chill upon our arrival.

Named HonestBrew’s 2019 ‘Breakthrough Brewery of the Year,’ Wander Beyond is operated by Mat Breslin (Head Brewer), Dan Whitehead DeBechevel (Director), Tina Breslin (Designer) and Ryan Mercer (Sales). To keep on pace with demand, the week of our visit they were adding a fifth production member, a new brewer from Siren Craft Brew.

We sat down with Mat and Dan over a glass of Raspberry Crash, a chewy imperial stout re-fermented with raspberries and infused with vanilla and cacao nibs, to discuss the brewery’s concept.

Mat explained that in 2017 they took on an existing brewing operation and completely rebuilt it. “It took two months of very, very long hours to get new beers out, a whole new design and concept.”

The name alludes to the young team’s nature-loving spirit, and Wander Beyond has translated this energy into an intrepid, almost whimsical, approach to brewing. “It attracts a different demographic than standard English offerings,” Mat tells us.

They offer only a few core beers, adhering more to a trial-and-error approach.

The brewery’s output includes everything from a low alcohol milkshake IPA (though they’ve also released imperial versions of the style), to a 12% ABV stout infused with heaps of coconut and a touch of cacao and vanilla.

“I don’t see us ever doing anything like traditional ESBs or brown ales. I think from our perspective, rather than seeing an opportunity in the market, we ask ourselves ‘would we want to drink that?’ Will it fit into our brand?” – Mat Breslin.

While there’s a lot of interest in Wander Beyond’s beer (and lines wrapping the building for bottle releases), there is currently no formal taproom for guests. They supply The Knott in Manchester with most of their releases, as well as reserving taps at The Macc and The Chorlton Tap.

Go drink it where you can. It was clear during our MCR city visit that Wander Beyond’s product was limited and well sought after.

Octopod [12% Milkshake IPA] – As expected, this was thick…like smoothie thick, with no shortage of mango aroma and flavor. It poured like a glass of juice, and offered a silky mouthfeel and punch of hops.

Seven For A Secret [7% IPA] – A complex Vienna malt IPA, double-dry hopped with Citra, Simcoe and Mosaic. It was juicy, effervescent, and perfect straight from the can for our train ride back to London. 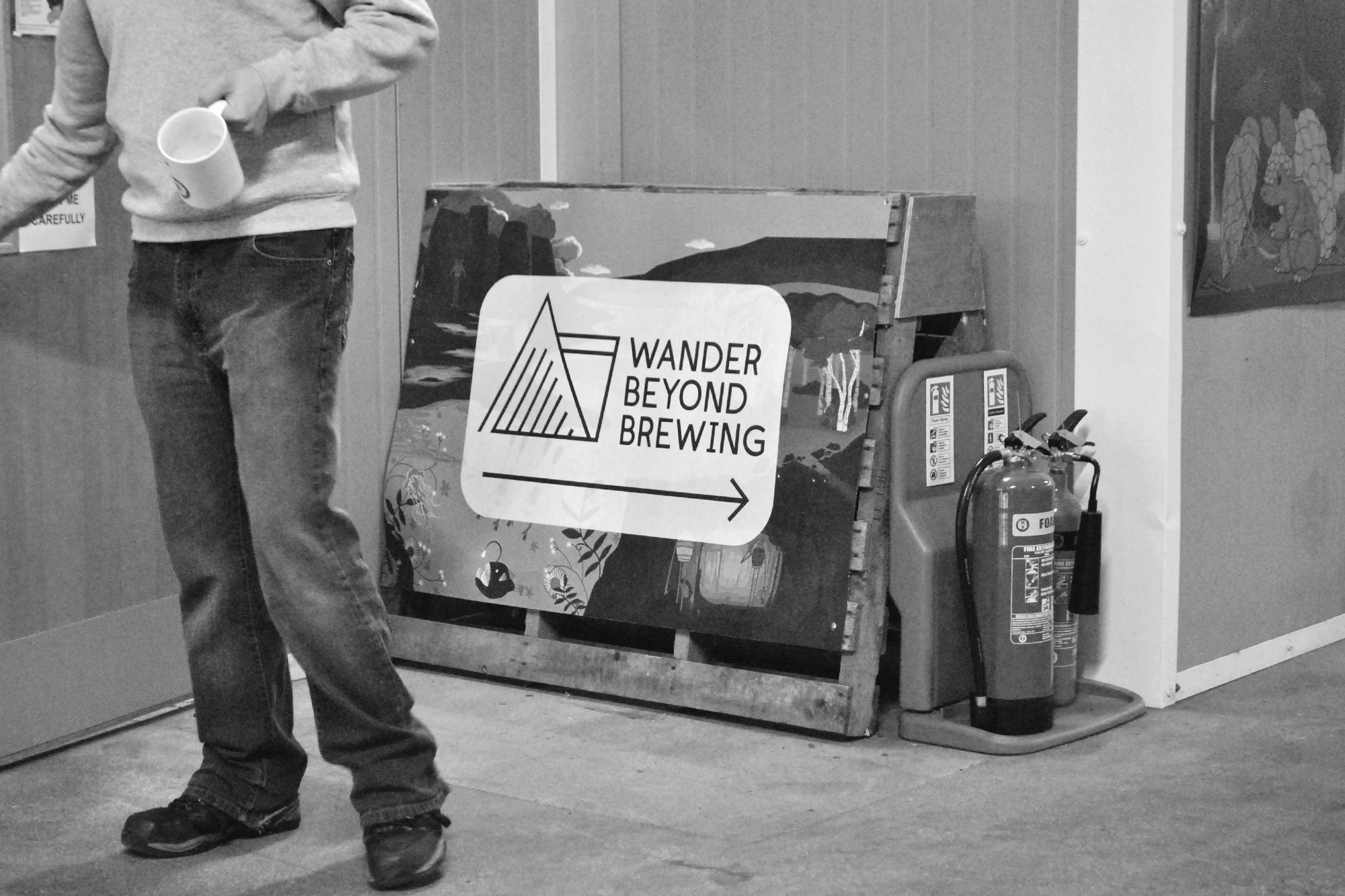 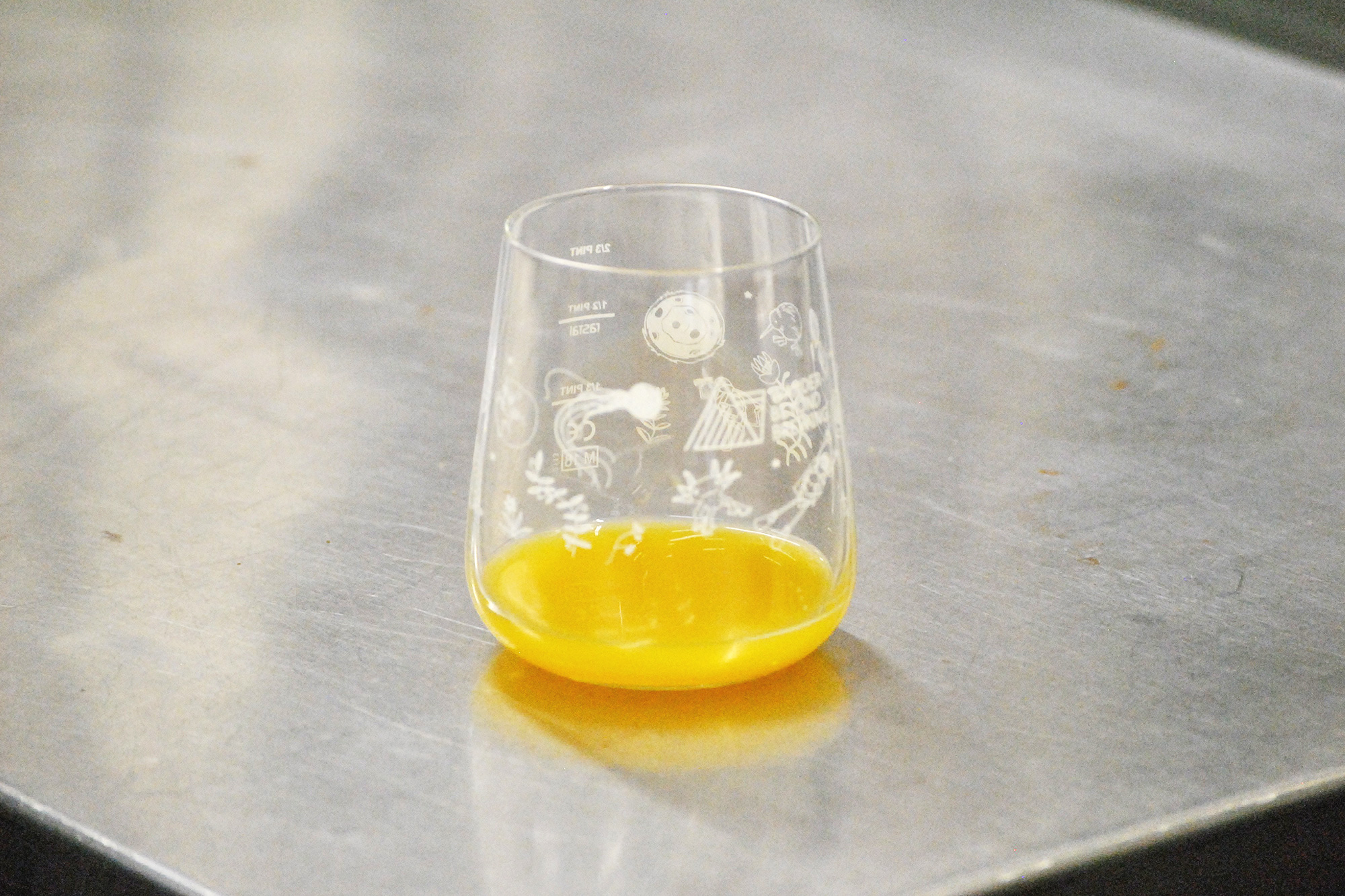 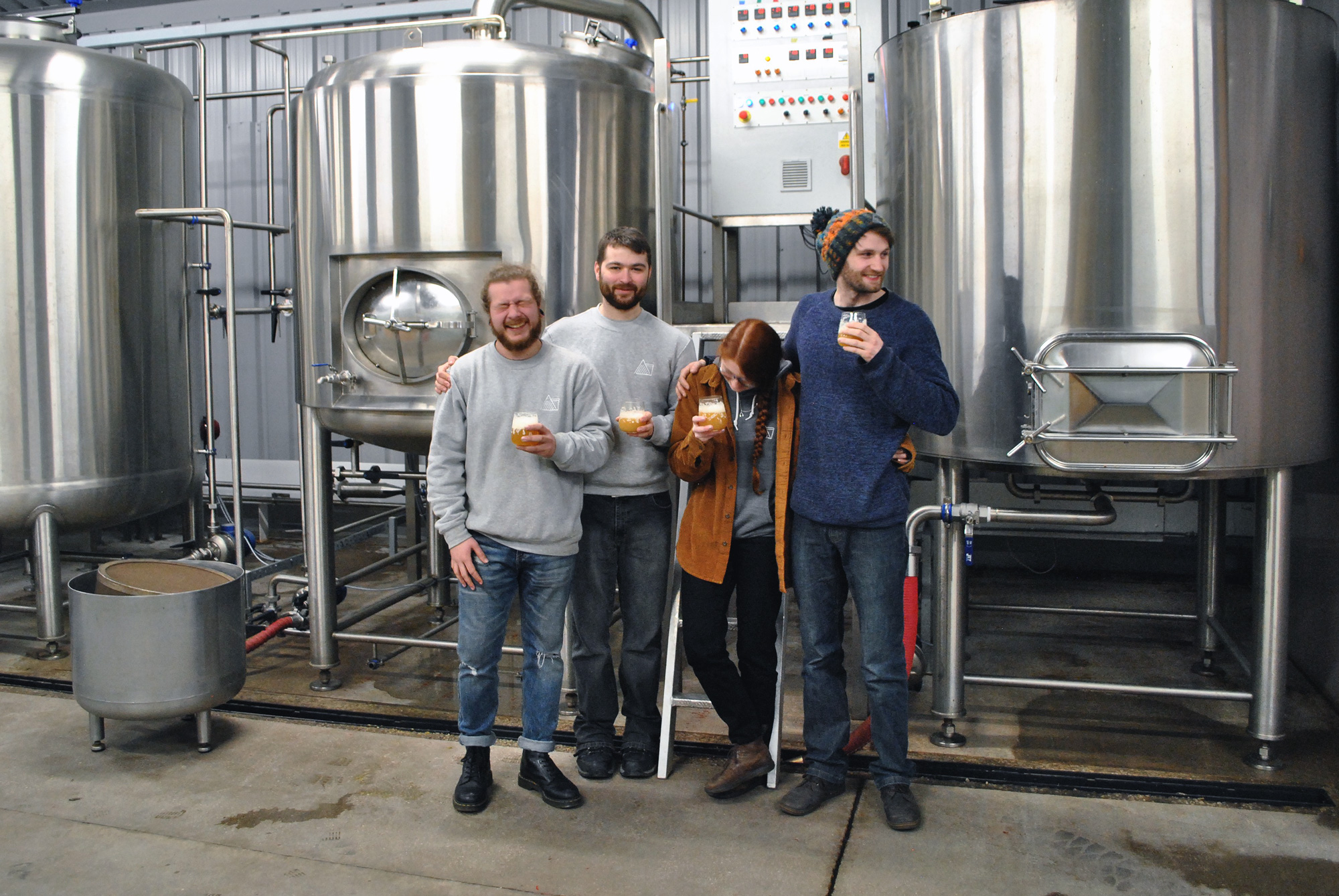 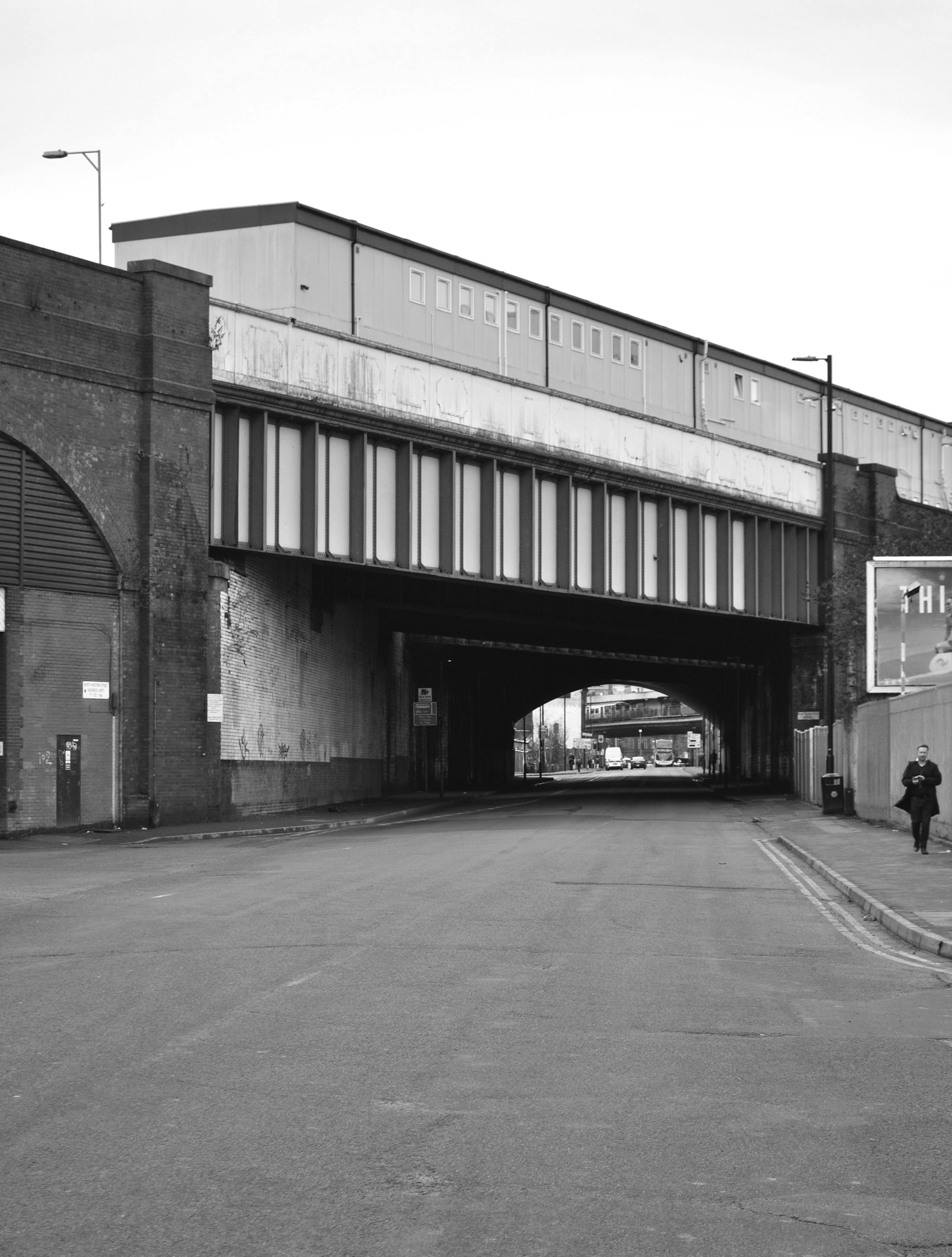 Photographed by Chris Senn & authored by Jessica Deahl, contributors for The Hop Review. Deahl is a writer and designer based in Chicago. She was previously profiled by THR for the book, Trappist Beer Travels, which she co-authored. 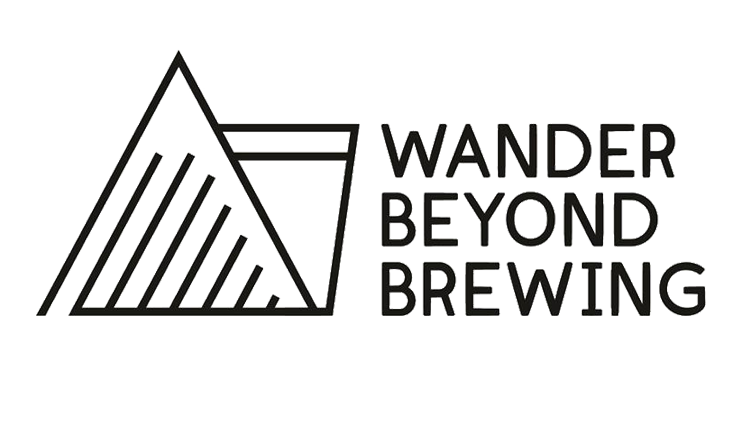