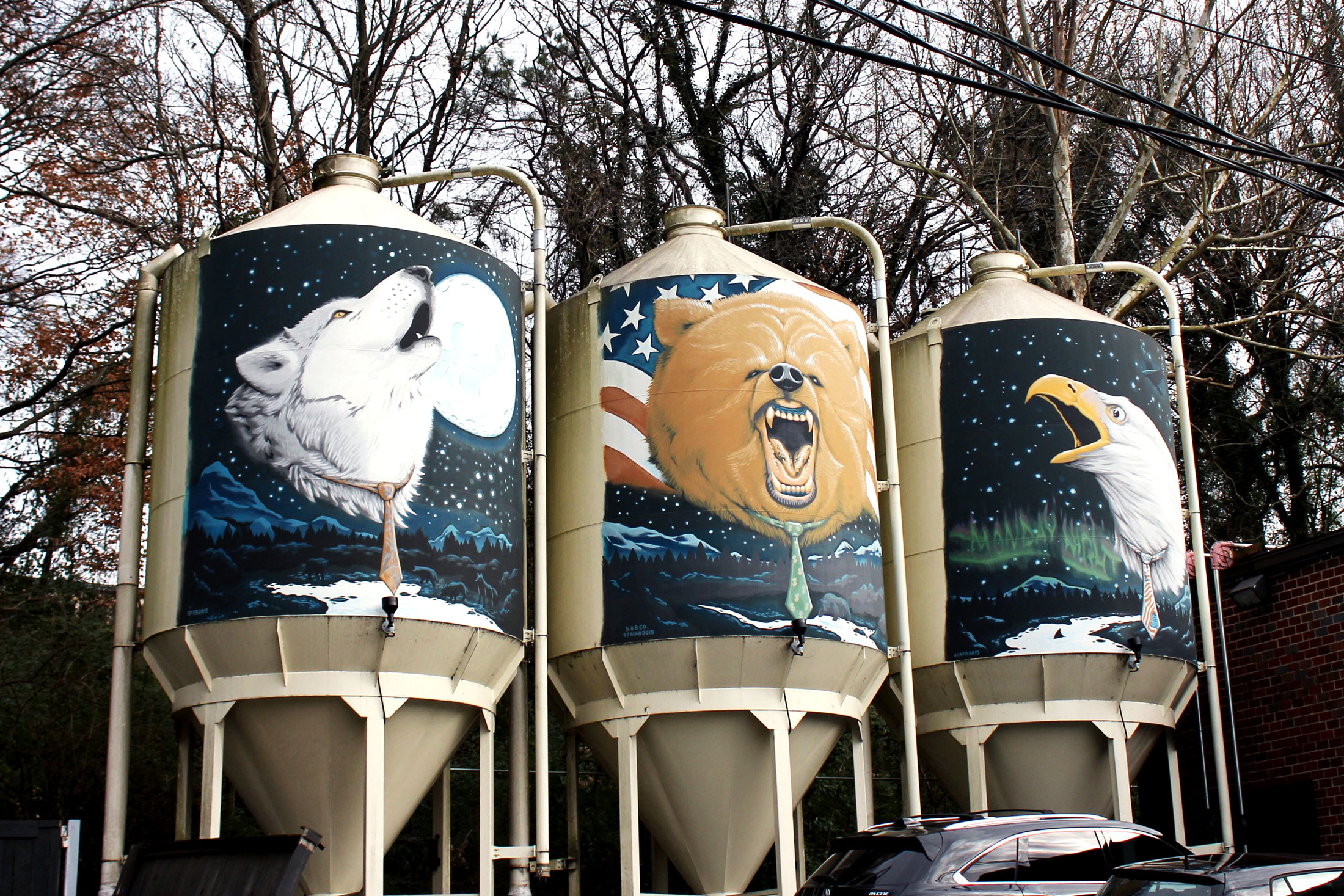 When I scheduled my winter getaway to Atlanta, the first priority was making time for a great brewery visit upon touchdown. And the trip to Monday Night Brewing was just what I needed to cure my winter blues. The first stop was to the brewery’s ‘Garage,’ their location that specializes in sours, stouts, and barrel-aged goodness.

Aaron Williams, who showed me around The Garage–which features an event space, food trucks, a coolship, eclectic mismatched furniture, and even a giant dinosaur hanging from the ceiling. The overall charm of the location goes hand in hand with the idea that the Garage is meant to be a community space. Said Williams, “We don’t have bands or loud music, we want people to have conversations and enjoy themselves here.”

The area where The Garage is located in itself is becoming its own gathering space as well. With the city’s BeltLine Trail nearing completion behind the building, as well as other breweries constructing locations nearby, the area will be perfect for Atlanta beer fanatics to gather. Rather than viewing the addition of new neighboring breweries as potential competition, Monday Night sees it as a fun opportunity to give Atlanta a hyperlocal destination for the city’s beer. And then, maybe engage in some friendly rivalry…

After tasting some Como Te Llamas (an imperial stout aged in tequila barrels), Sympathy Weight (a Scotch ale aged in maple bourbon barrels), and one from the Situational Ethics series (imperial stouts aged in a variety of barrels–of which mine was aged in sherry barrels) among others, we headed over to the brewery’s main location in West Midtown.

Upon arriving, I wasted no time in tasting what was on tap (All Y’all, a pale ale; Big Softy, a hazy wheat pale ale; and Han Brolo, a hazy pale ale). Co-founder Jonathan Baker met up with Aaron and I to show me around the brewery. After touring the brewhouse, fellow Co-founder,

Related Reads
Travel
The 10 Best Breweries to Watch in 2021
Travel
The 12 Best Craft Breweries of 2020
Travel
The 10 Best New Breweries of 2020
Jeff Heck, joined us, with a sample of their new special edition IPA–404 Page Not Found, which was releasing that day. One of the biggest things they both mentioned is how they aren’t afraid to dump a beer. “If it’s not really really good, then it’s not worth it to us.” Knowing that they made over 100 beers in 2018 is an incredible feat, and as Baker said, “It’s a testament to our brewers that we can make so many unique beers but still maintain the quality that people have come to expect from us.” Having tasted over 10 of their beers during my visit, I can say with confidence that they’re doing something right.

Entering the main area of their taproom, a ‘tie wall’ provides a feature that is as eye-catching as it is symbolic of the Monday Night Brewing mentality–to loosen the tie and enjoy weeknights. Because as much of their merch says, “weekends are overrated.” Each day should be enjoyed–not just the weekends–and preferably while drinking a great beer alongside the company of friends and family. Not only is the “live in the moment” vibe very apparent in their messaging, but also in the core values that Jonathan, Jeff, and Aaron talk so highly of: have fun, make it happen, embrace mistakes, fight for excellence, and honor each other. Each of these values embraces the Monday Night dynamic and environment, prompting each employee to do their best and be their best…every day.

404–Page Not Found [American IPA, 7.1%] – As excited as I was to be able to visit Monday Night Brewing on the day of this limited release IPA, I was even more excited to realize just how great it was. Full of delicious Citra, Idaho 7 and Simcoe without being too filling, 404 is definitely the “easy drinking” beer they describe it as, which made it the perfect beer to stuff in my suitcase to take home. 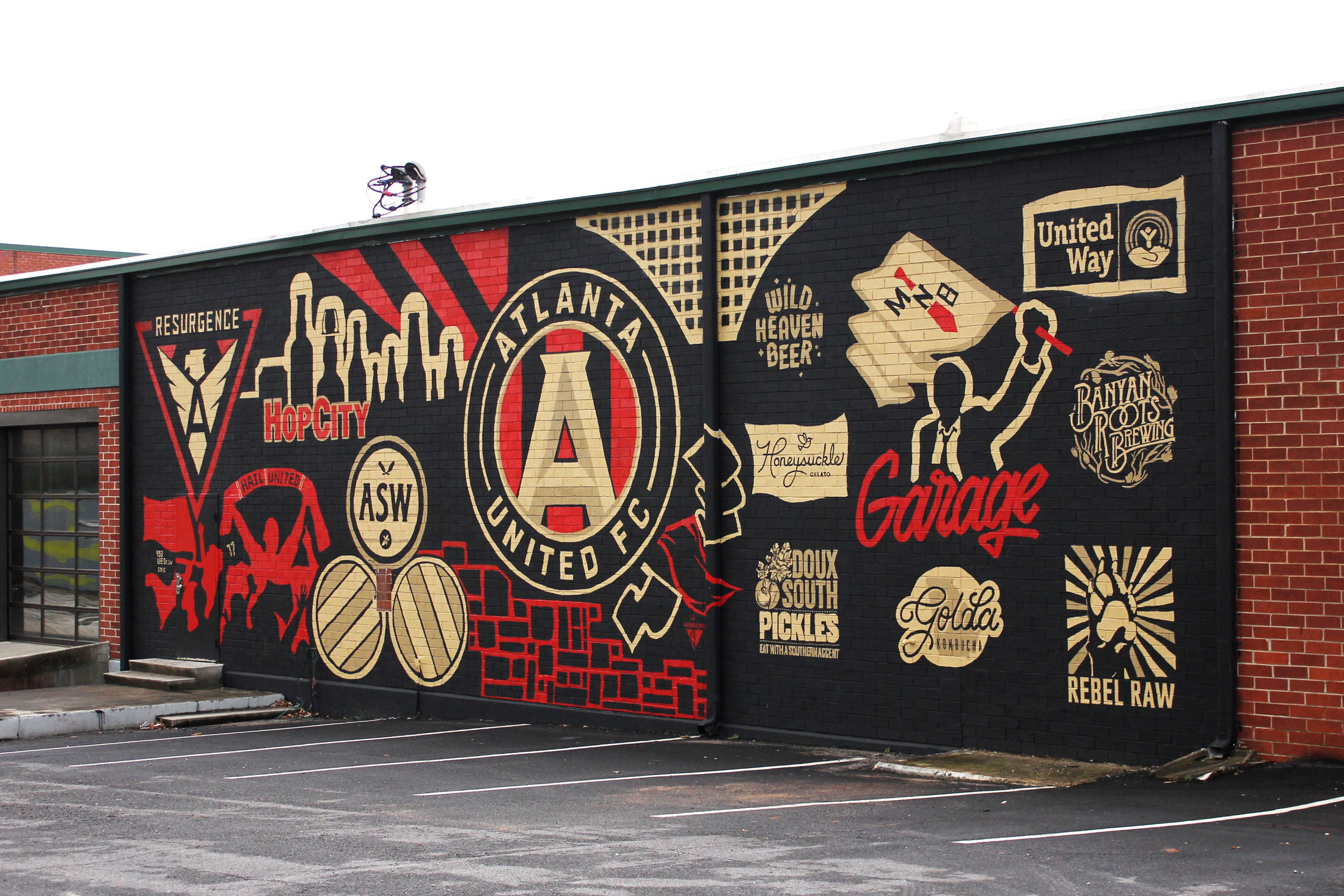 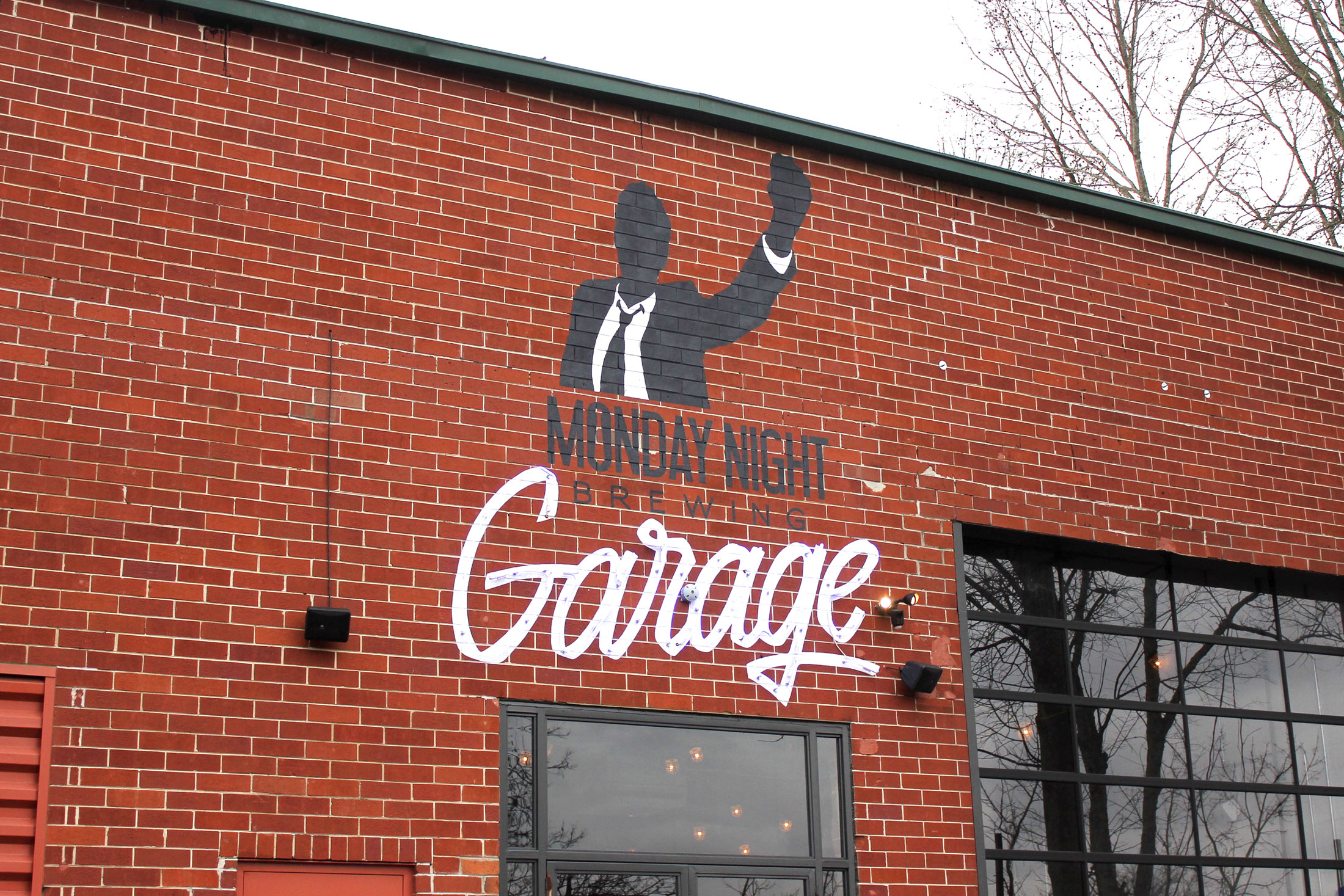 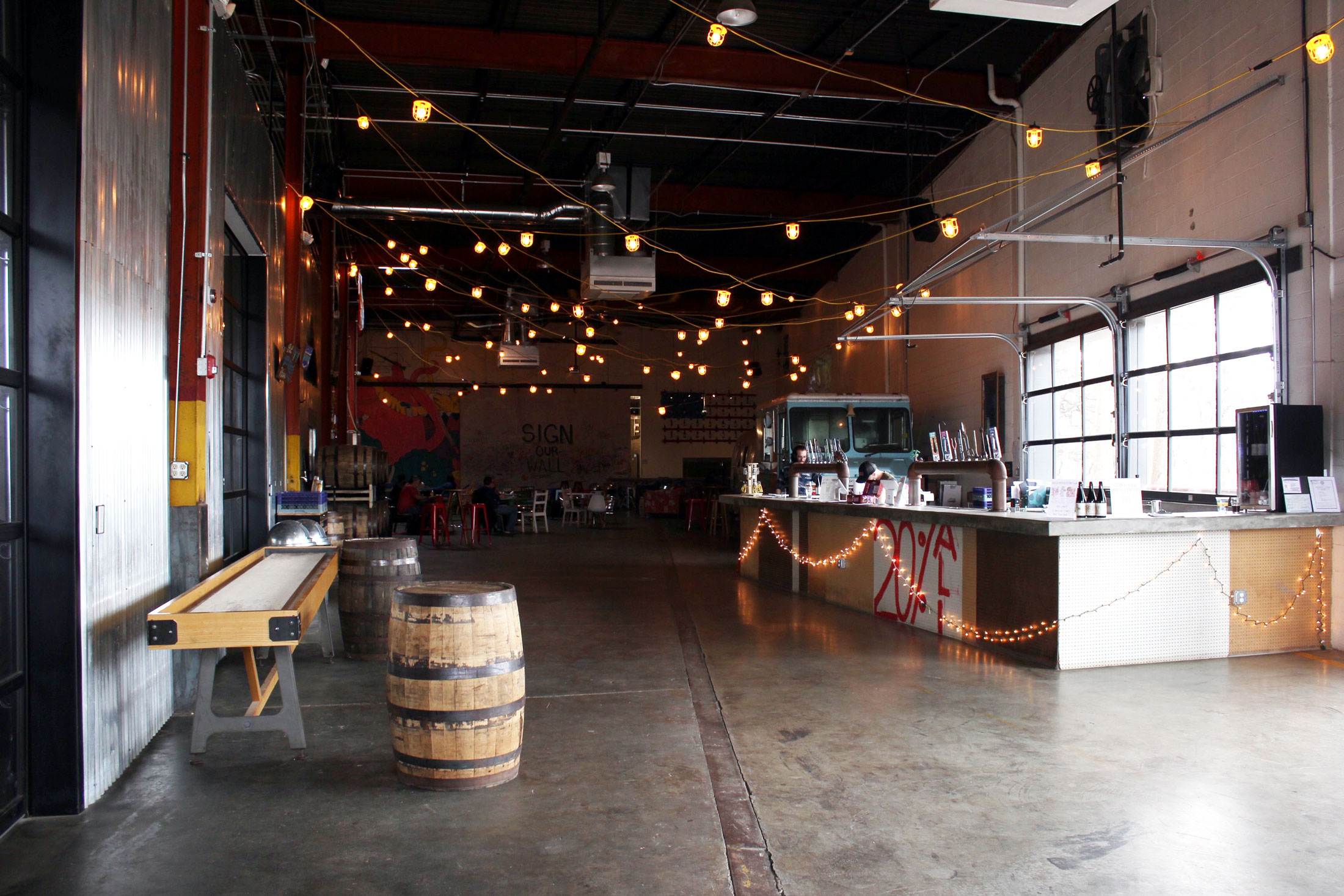 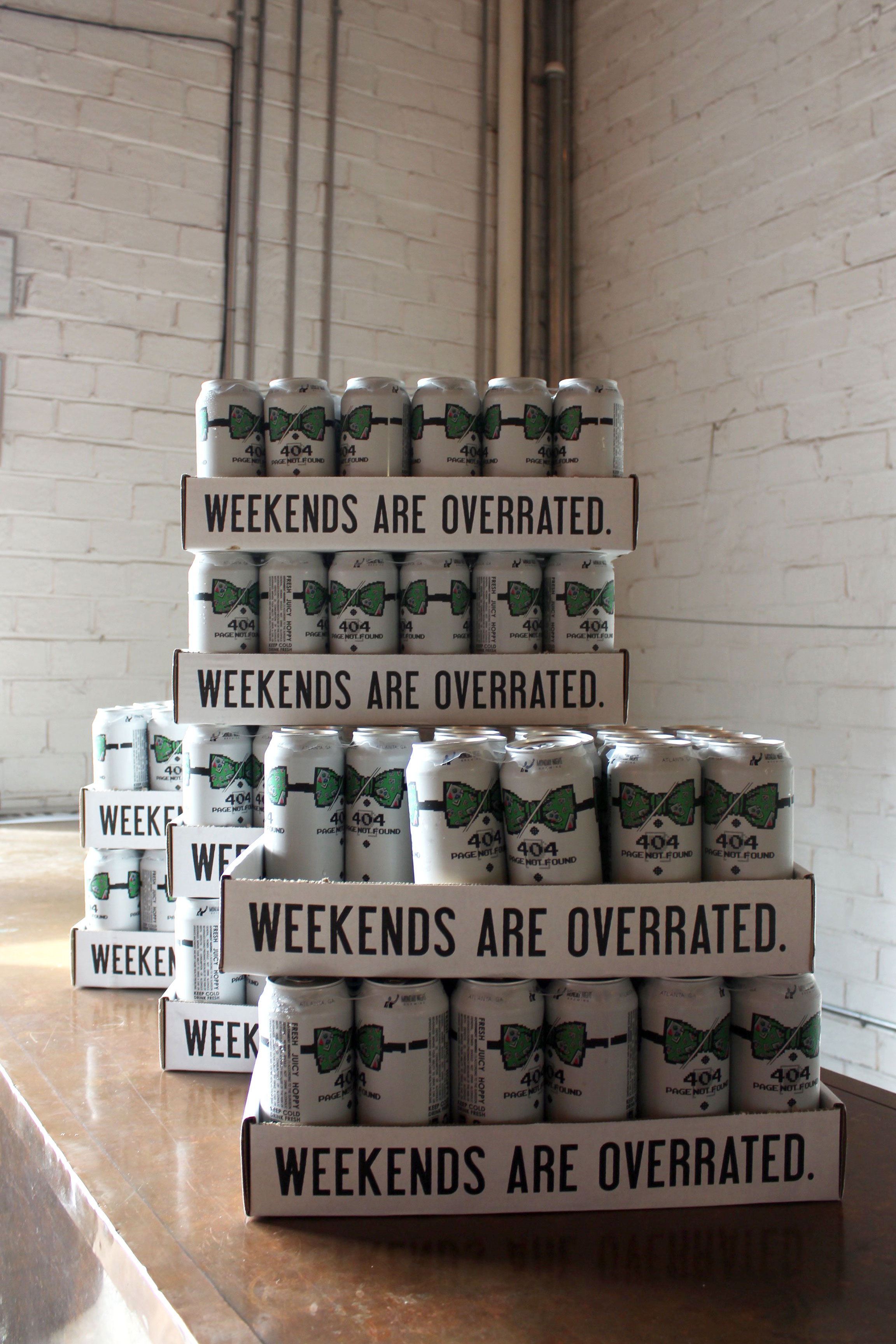 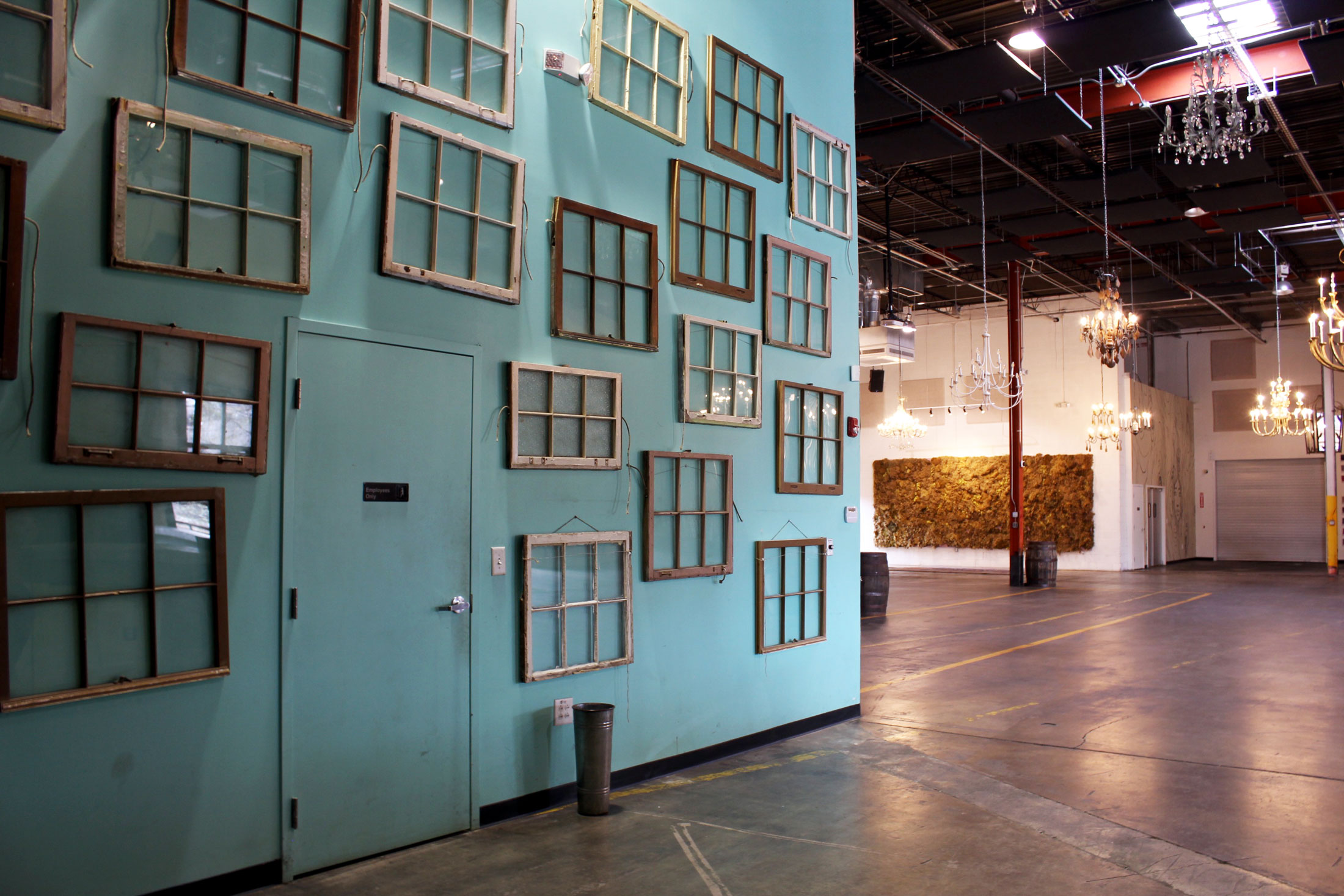 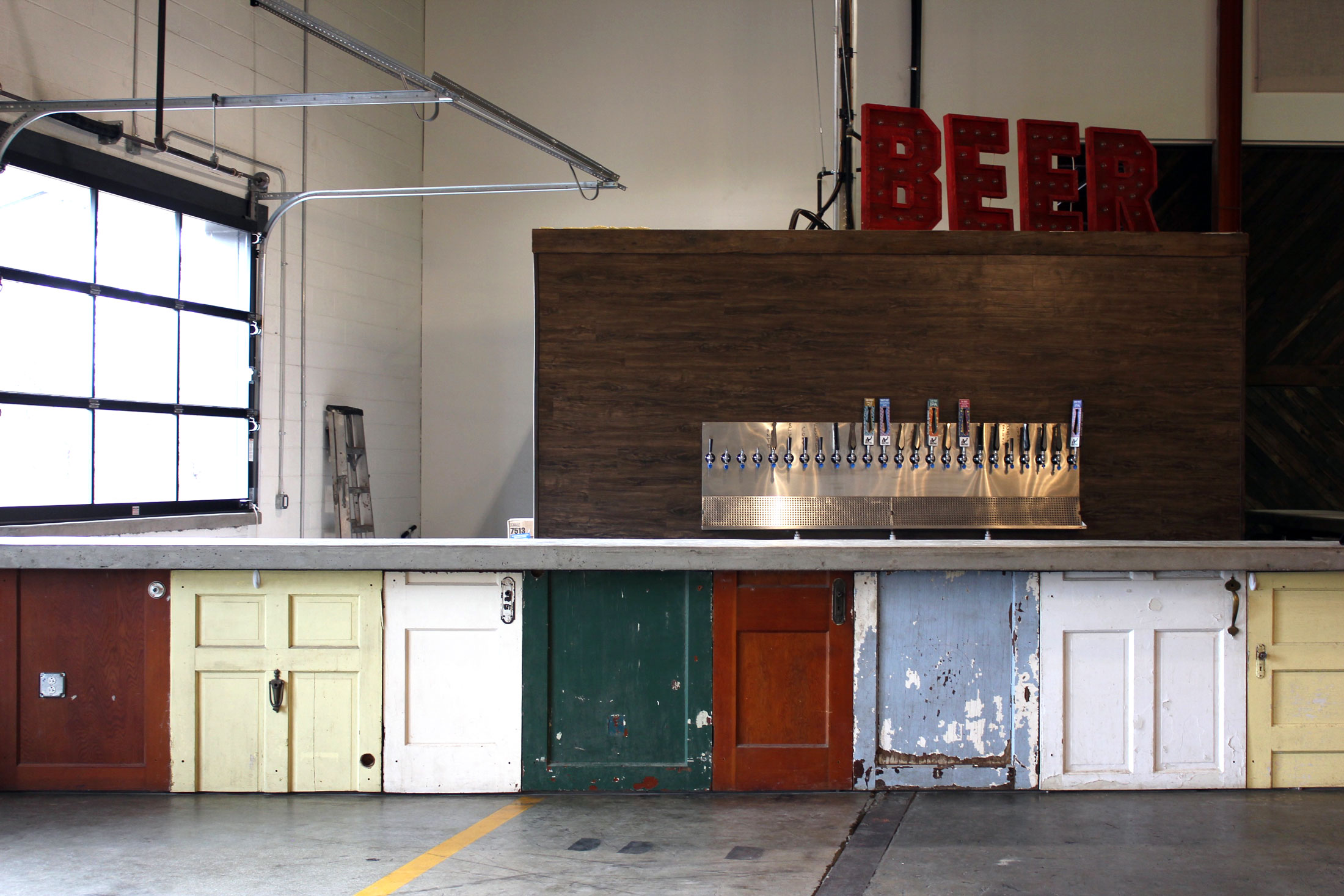 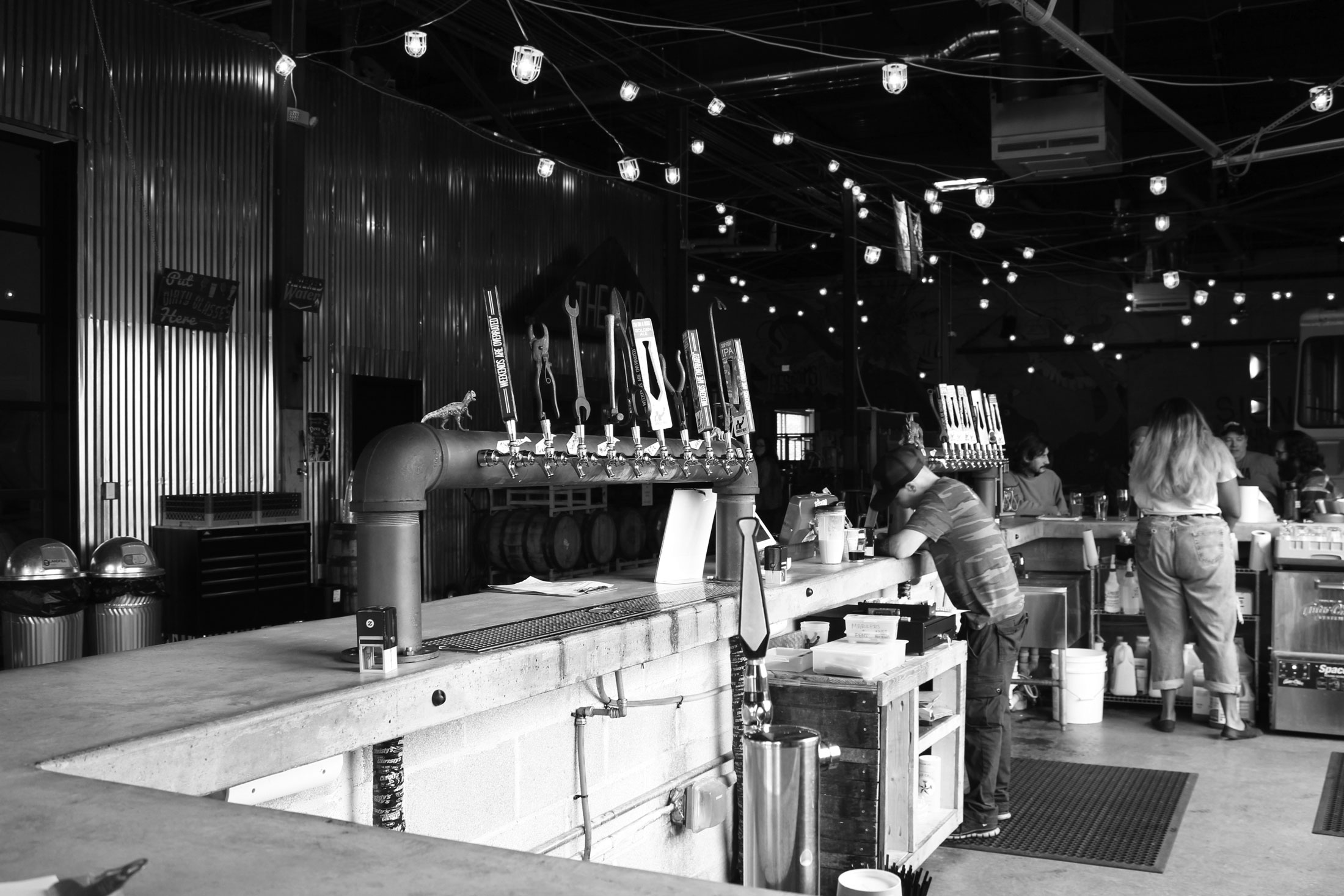 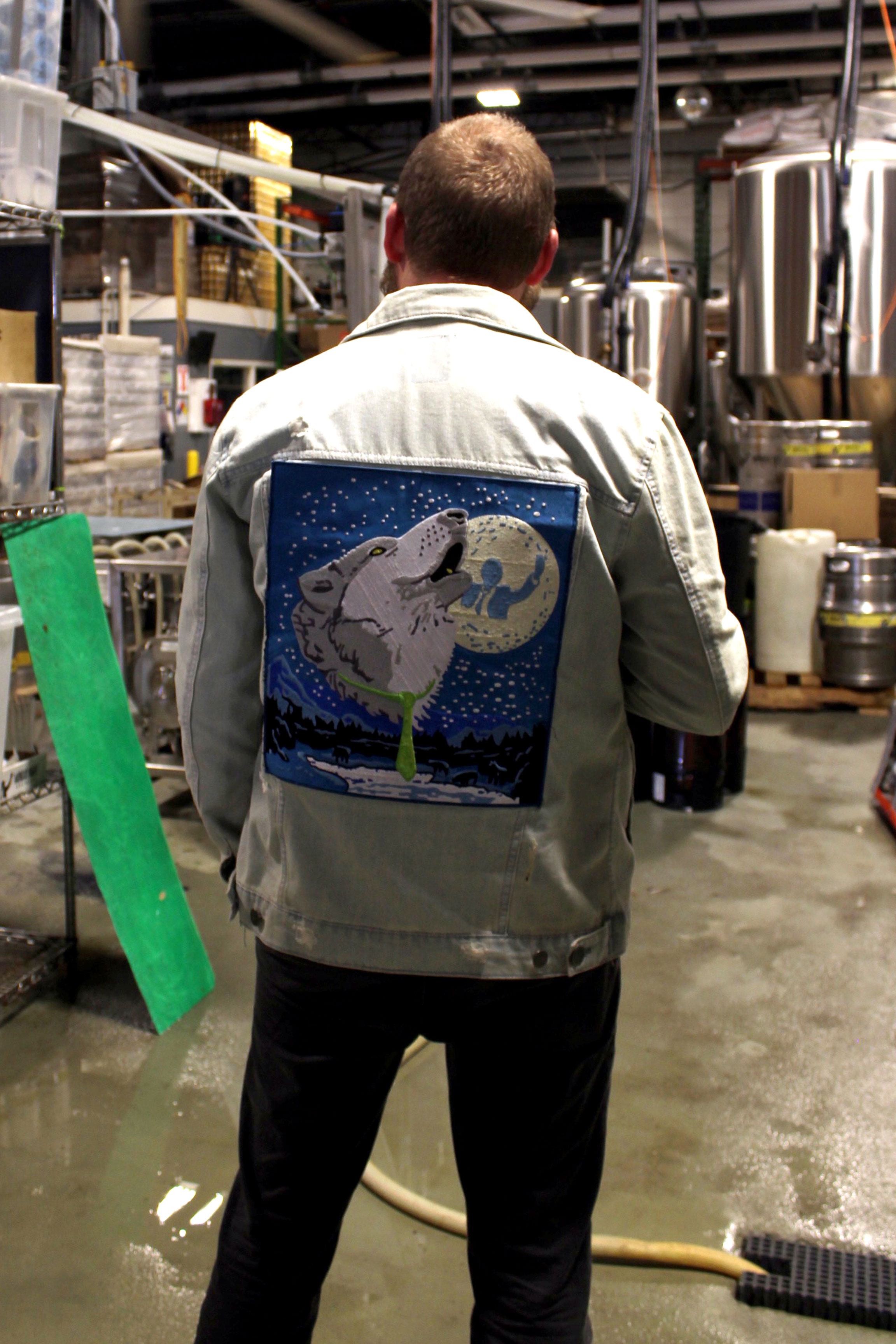 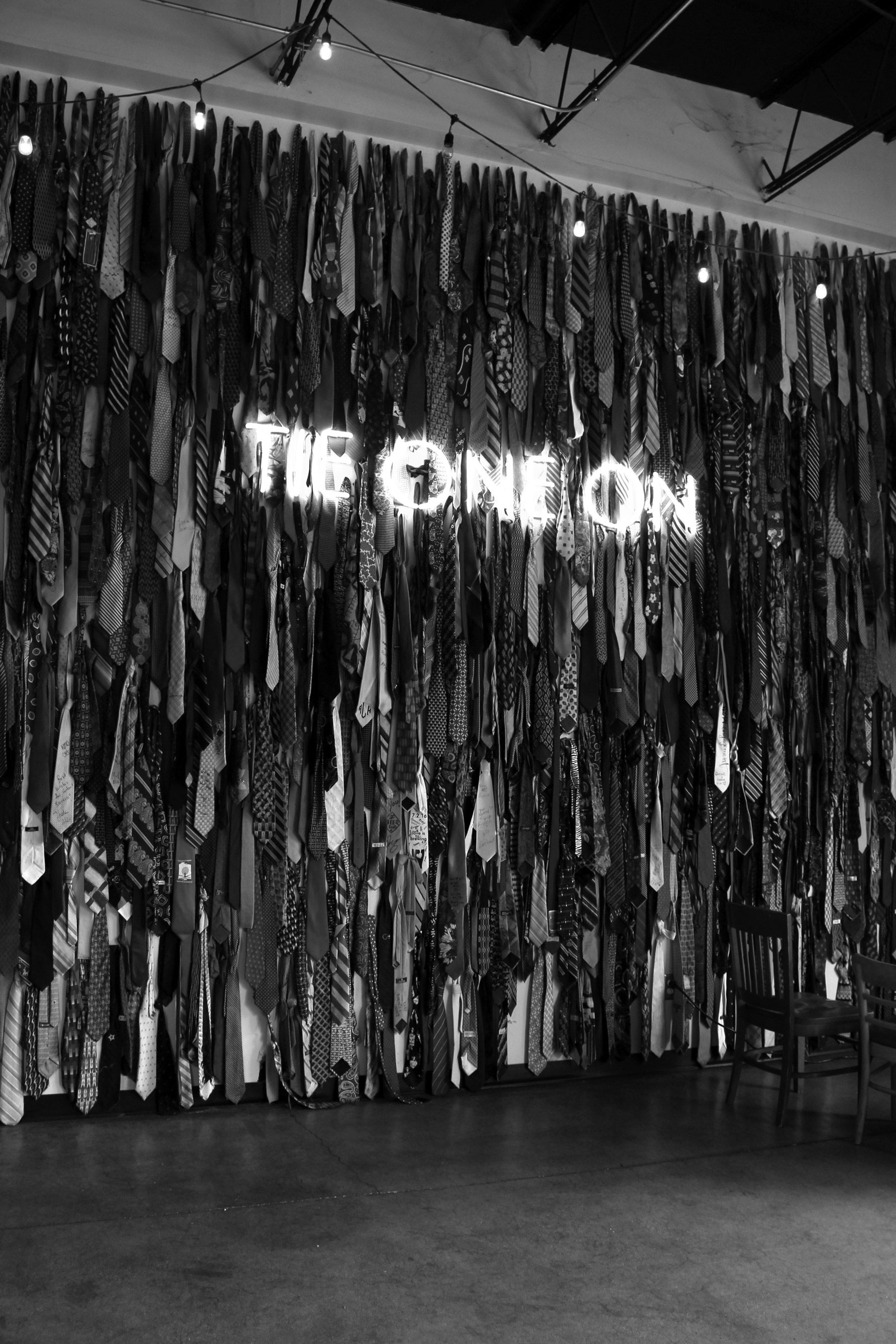 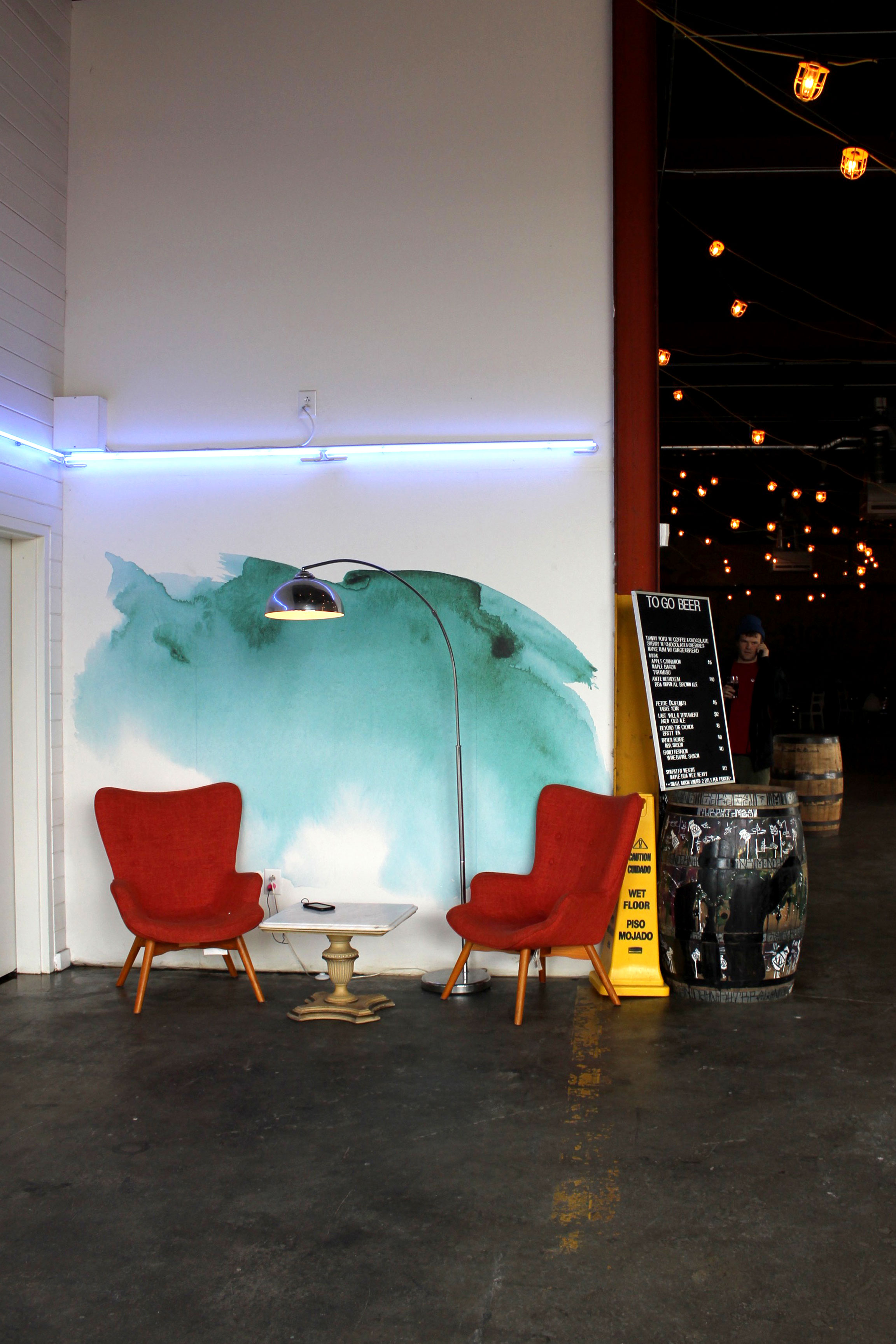 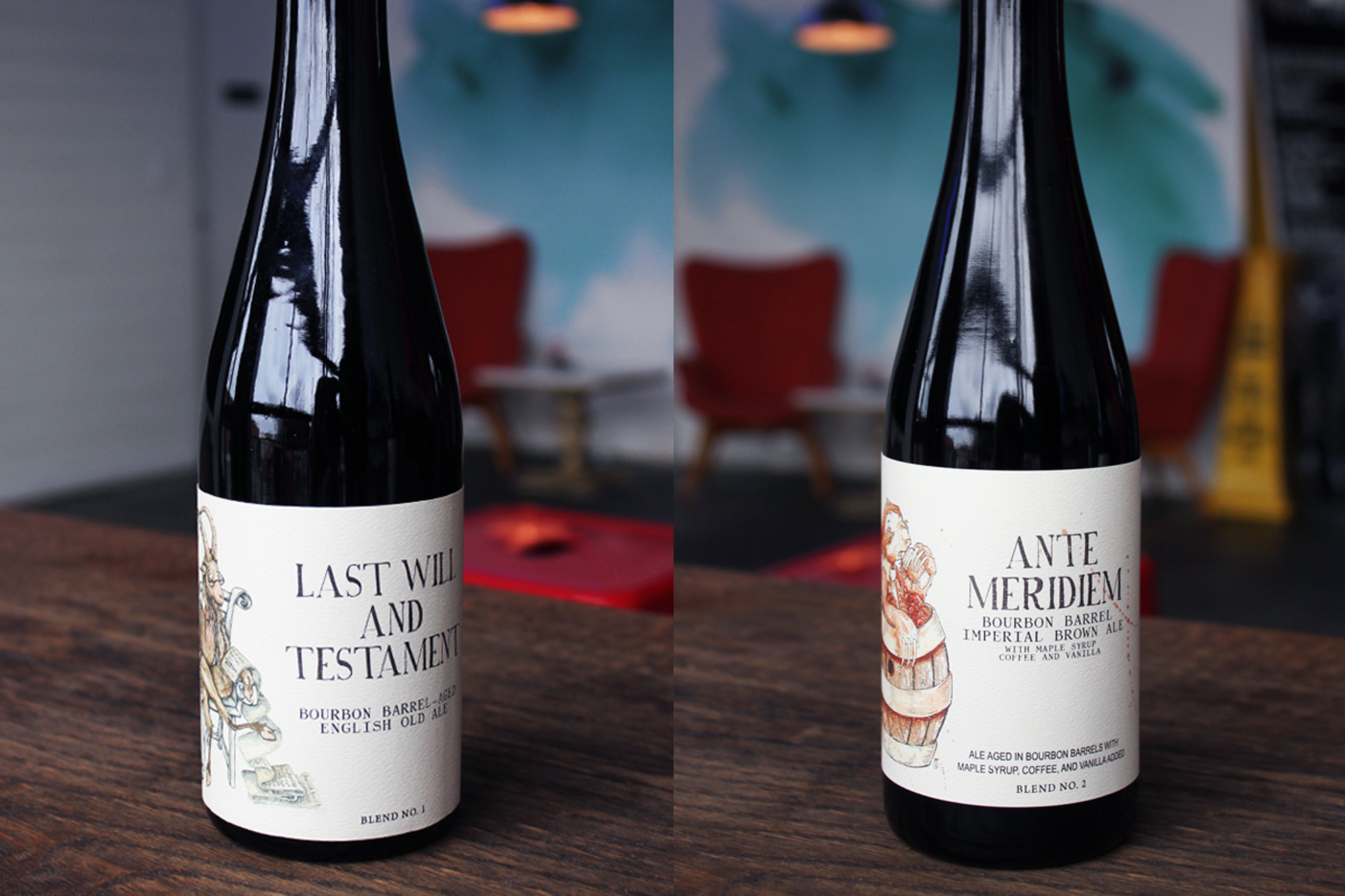 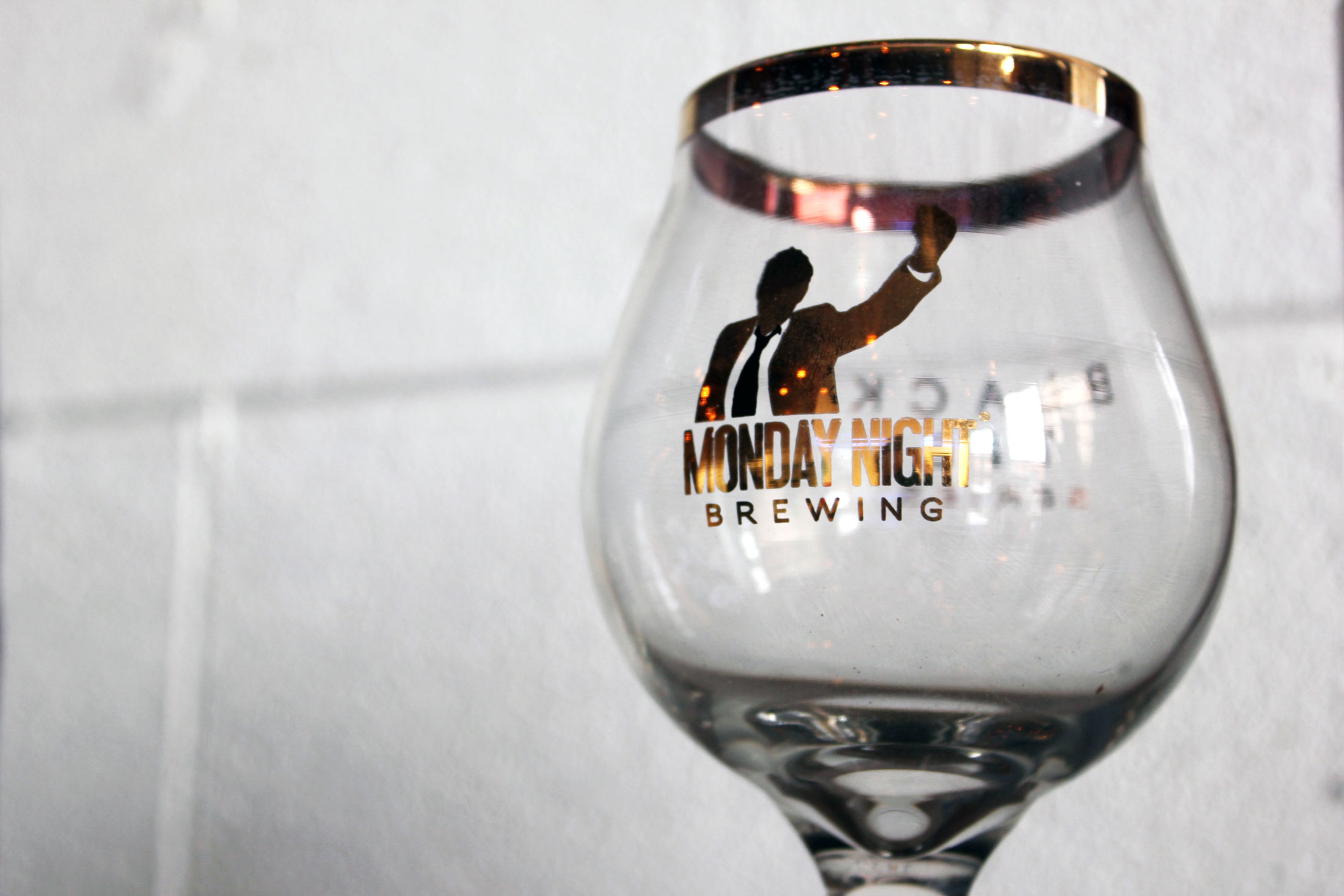 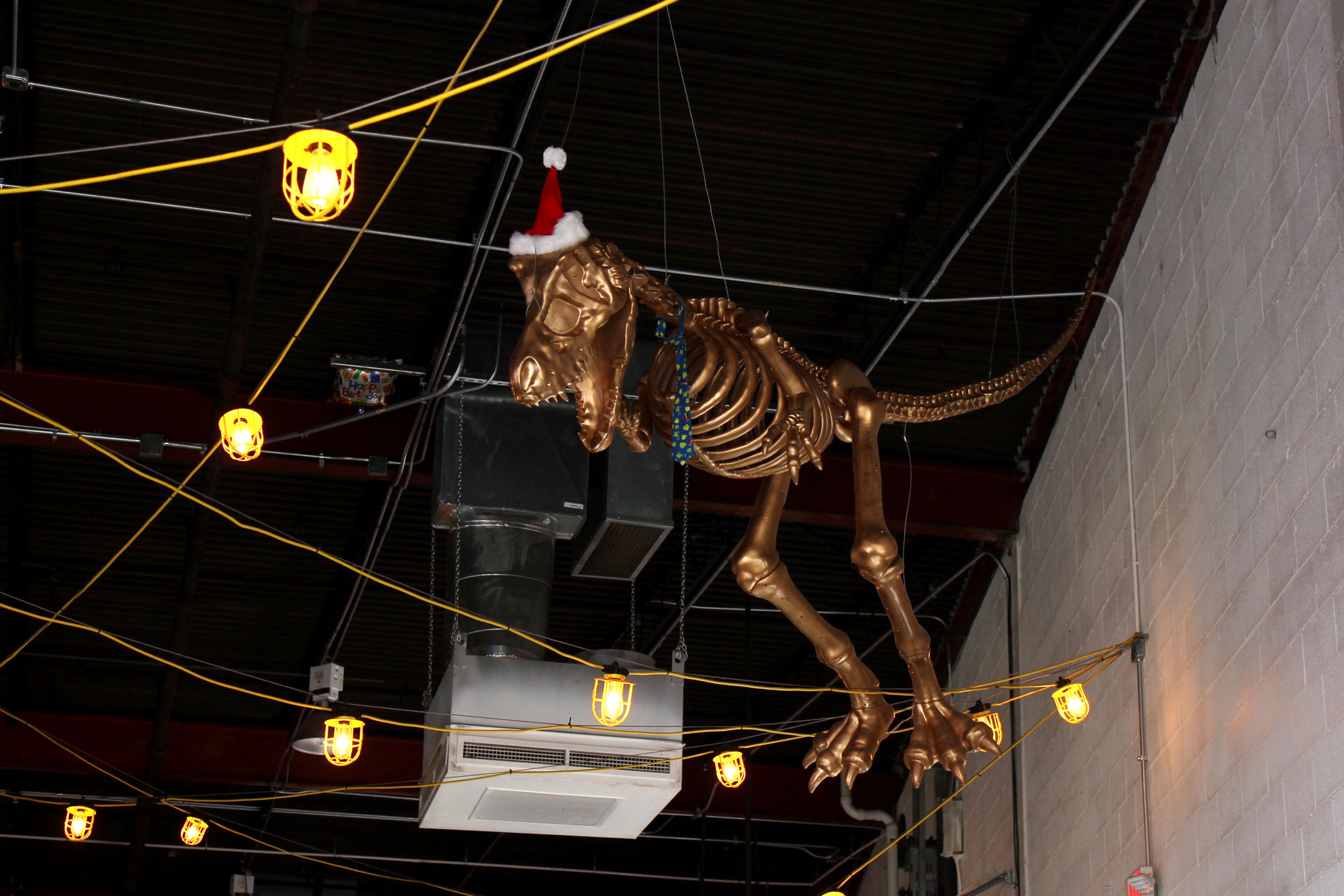 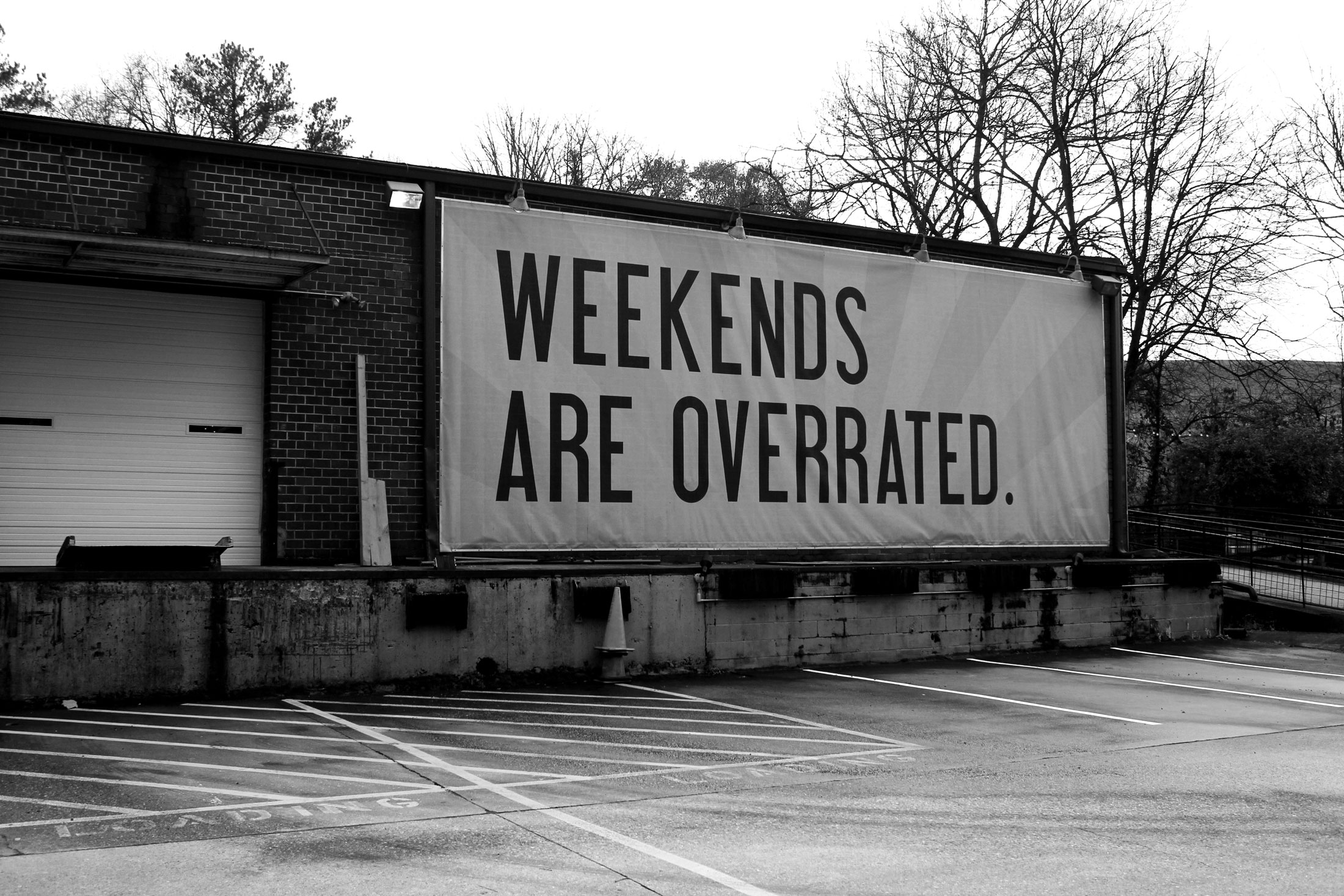 Authored and photographed by Alaina Kornfeld, a graphic designer and beer enthusiast based in Chicago. This is her third collaboration piece with The Hop Review. Check out the rest of the DETOURS series as we travel the world looking for unique beers and where to drink them.