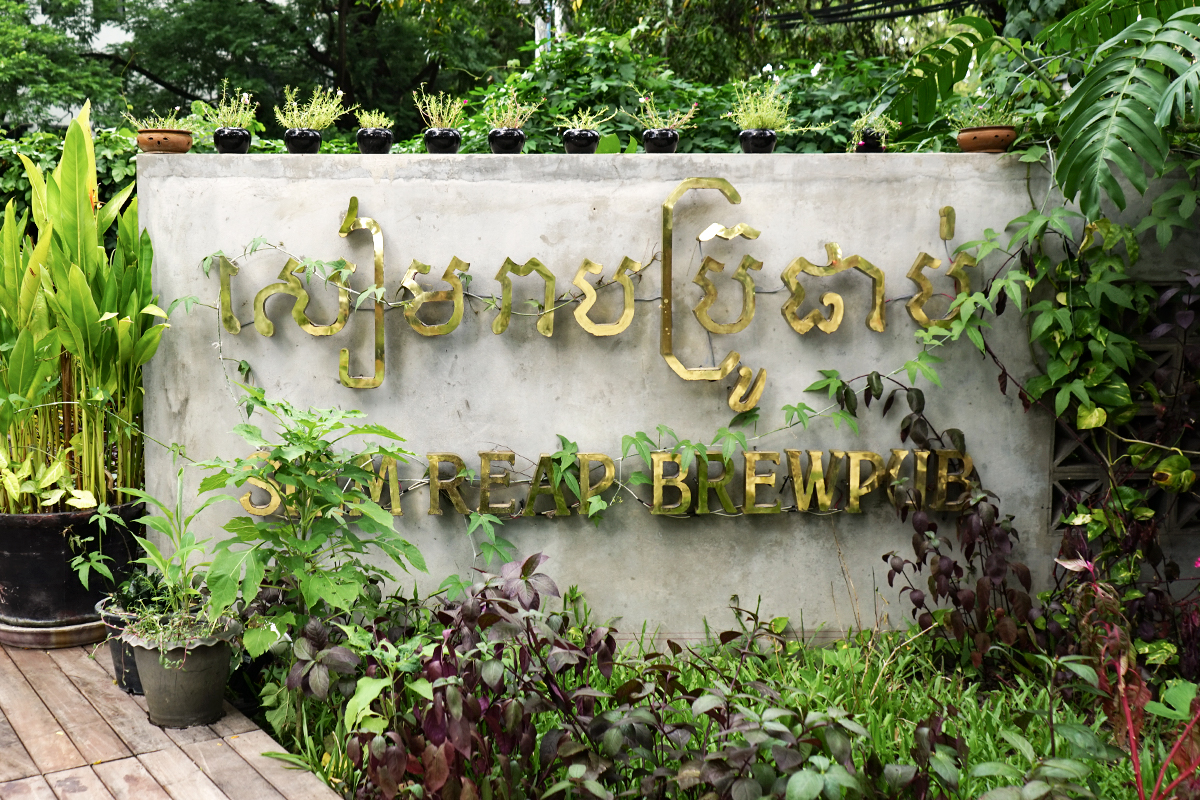 As the base town to explore the vast ancient ruins of Angkor Wat, Siem Reap is home to Cambodia’s pride. The ancient Khmer (pronounced Kha-my) kingdom ruins hold such significant cultural pride to Cambodians, the main temple is on their country’s flag. As a UNESCO World Heritage Site, the multitude of wats (temples) span across and beyond the town of Siem Reap and is a traveler’s spectacle for good reason. From well-preserved to jungle-ridden temple ruins, travelers from just about everywhere visit Angkor Wat to experience the ‘Indiana Jones-esque’ sights minus the bullwhip and poisonous darts.

With such a wide swath of international tourists flocking to visit Angkor Wat, Siem Reap is an accommodating town. Although not as frenetic, large nor densely populated as Phnom Penh, Siem Reap’s charm lies in its laxed attitude. Tuk-tuk drivers are less aggressive, negotiating for tourist trinkets aren’t as ridiculously overpriced and the locals smile more rather than appearing indifferent. And, with international tourists comes international tastes and standards. A world of cuisine is available, choices of thrifty hostels to high-end luxury suites, cheap trinkets to exceptionally-made handicrafts; there’s a price point for every budget.

Built with tourists in mind is Pub Street. Bars and restaurants competing across the street from each other with equally loud bass and similarly priced menus. To lubricate the noise and the food is plenty of cheap beer. Light lagers live and thrive in Asia and Siem Reap is no different especially on Pub Street. Cheap cans and draft pours of Angkor beer are available for roughly $1 for budget drinkers looking to get their fill.

Surprisingly, there’s an alternative for drinkers seeking better beer, quality food and quieter comforts. A short jaunt away from Pub Street, we found a brewpub in Siem Reap aptly named Siem Reap Brewpub. Just off a main thoroughfare, Siem Reap Brewpub is still within proximity of plenty of tourist amenities but offers a quiet respite from the noise and the crowds. After a hot and sweaty day trip visiting Angkor Wat, we met up with General Manager Sereymony Or (also Mony for short) to taste what Siem Reap Brewpub is brewing.

Cambodian-owned and operated, Siem Reap Brewpub’s beer recipes are formulated by Neo Sway See, a Singaporean gypsy brewer and consultant who’s had a helping hand with several breweries throughout South East Asia. For each seasonal beer release, the internal team at Siem Reap Brewpub collaborates with Neo to build out a signature beer profile as well as tinker on seasonal styles. When we visited, the brewpub had just debuted their Saison-style ale. But, it wasn’t your classic French-style Saison; the brewpub’s Saison highlighted its use of Cambodian-grown lemongrass and peppercorn. Along with the brewpub’s regular lineup of a Blonde Ale, Golden Ale and IPA, other uniquely Cambodian-tinged beers included a Dark Ale using local palm sugar and a Honey Weiss using wild honey from the Mondulkiri province.

With the growing movement across Asia and as noted by Mony, craft beer is having its moment of awakening and is making its way slowly but surely to Siem Reap as well as Phnom Penh. For Siem Reap Brewpub, one challenge is acclimating Cambodians to the higher-price point of craft beer as well as imparting flavor profiles that they’re more familiar with. Hence, merging traditional malts, hops, and yeast with local ingredients is one small step towards acquainting Cambodian tastebuds. Just as equally important is showcasing Cambodian-inspired beers to international travelers and expats that are seeking craft beer unique to the area and the country. Chatting with Mony, new recipes are continually being bounced around by him and the in-house team such as a Khmer-style IPA eventually down the pipeline. But, all in due time. After taking in the awe-inspiring, Khmer temples of Angkor Wat, it’s refreshing to sip and savor a local, craft beer right in Siem Reap.

Saison Ale: We visited the brew pub during the beginning of the dry season in Cambodia and the midday heat and humidity was blazingly hot and sticky. However, Siem Reap’s newly released Saison provided a cool, sigh of relief. With a light malt body, a mild tartness and soft lemongrass and peppercorn notes, the Saison was refreshing and fitting for the occasion and season. 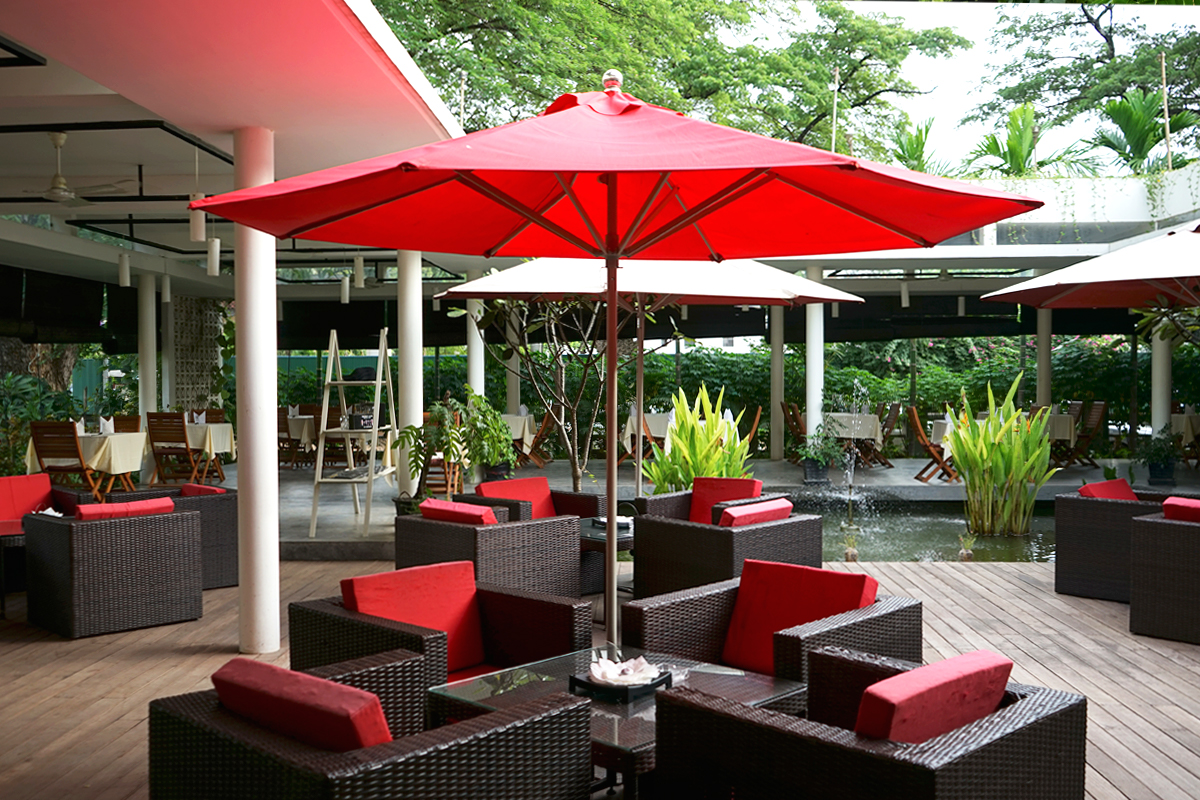 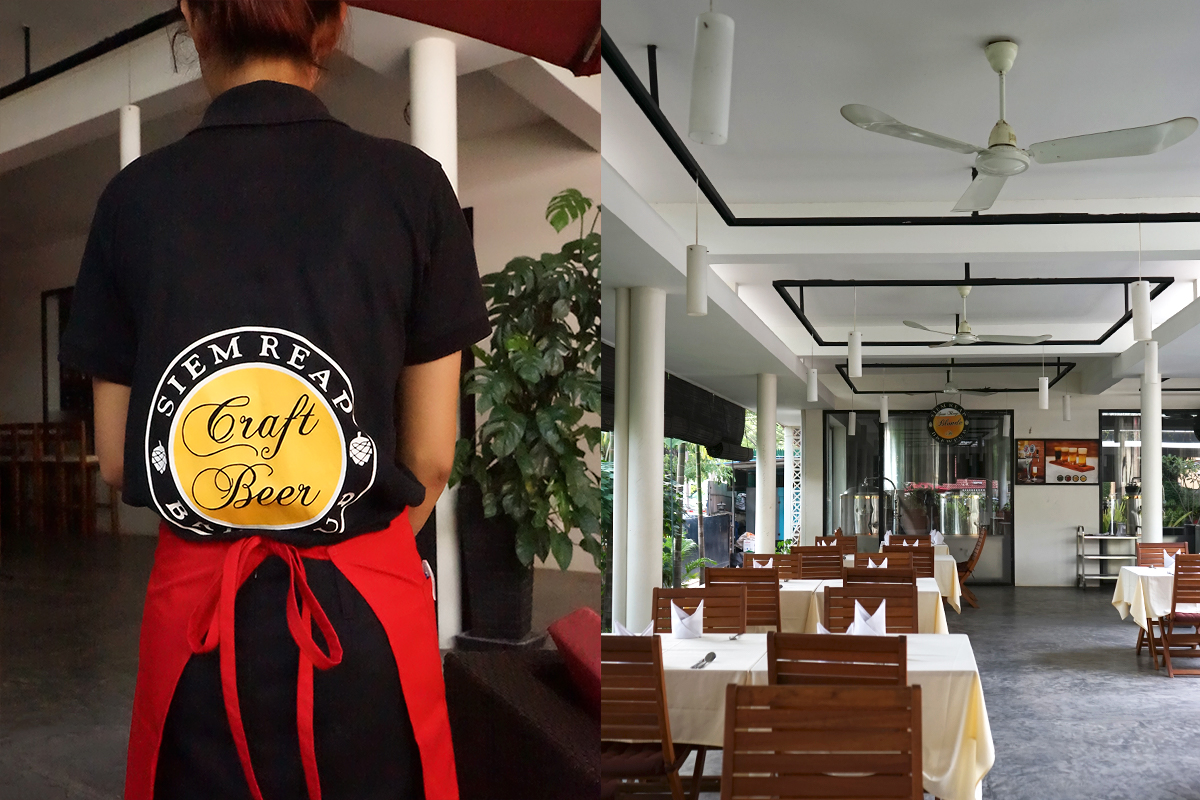 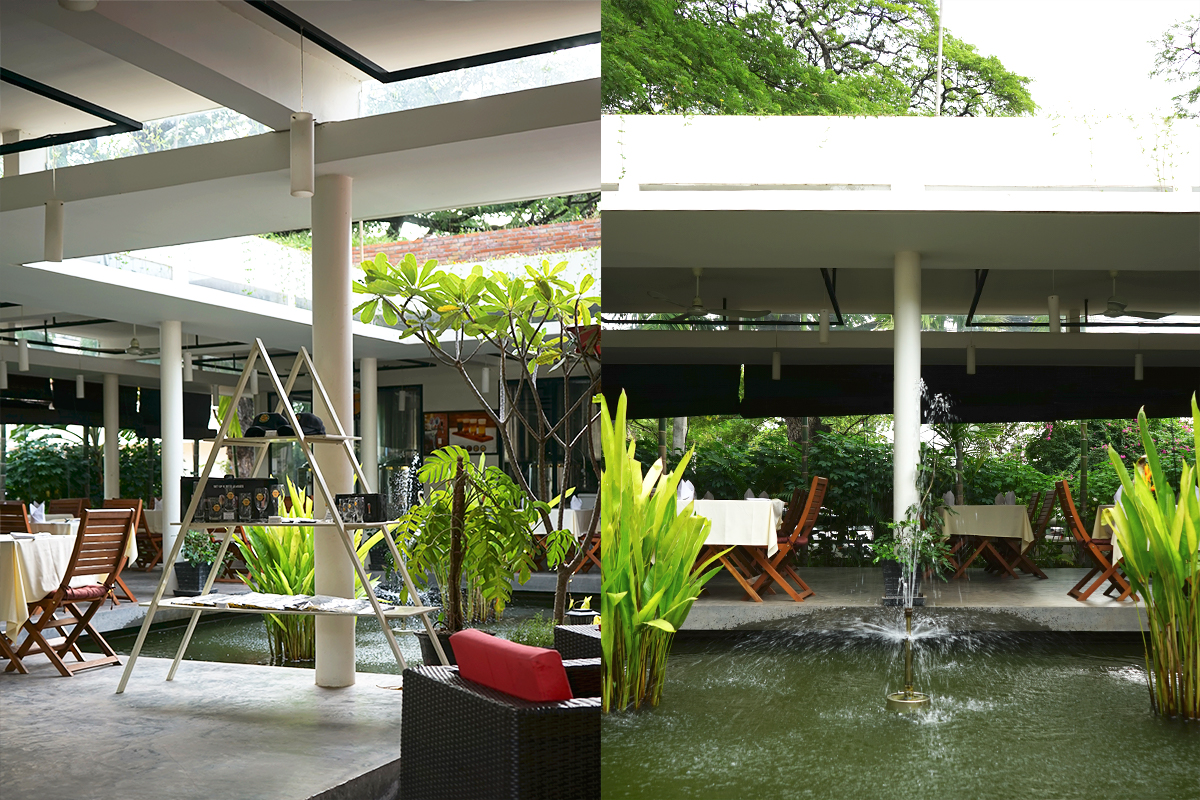 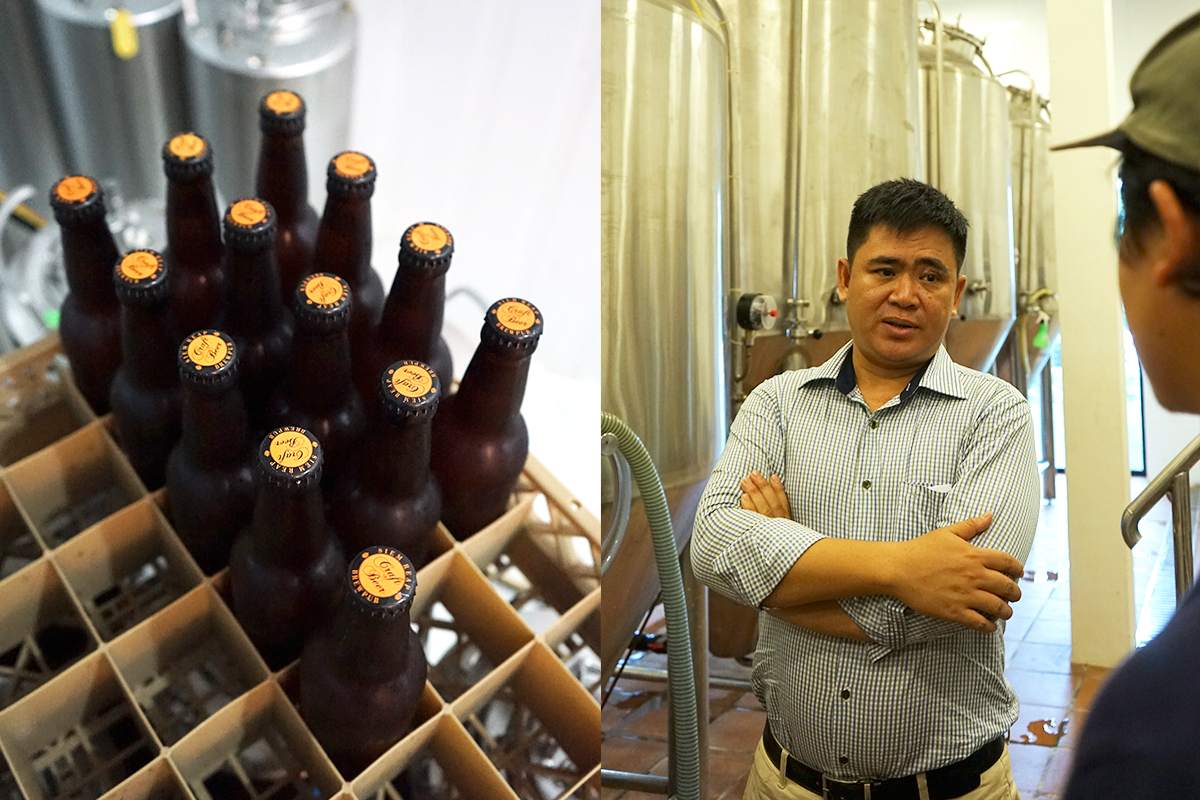 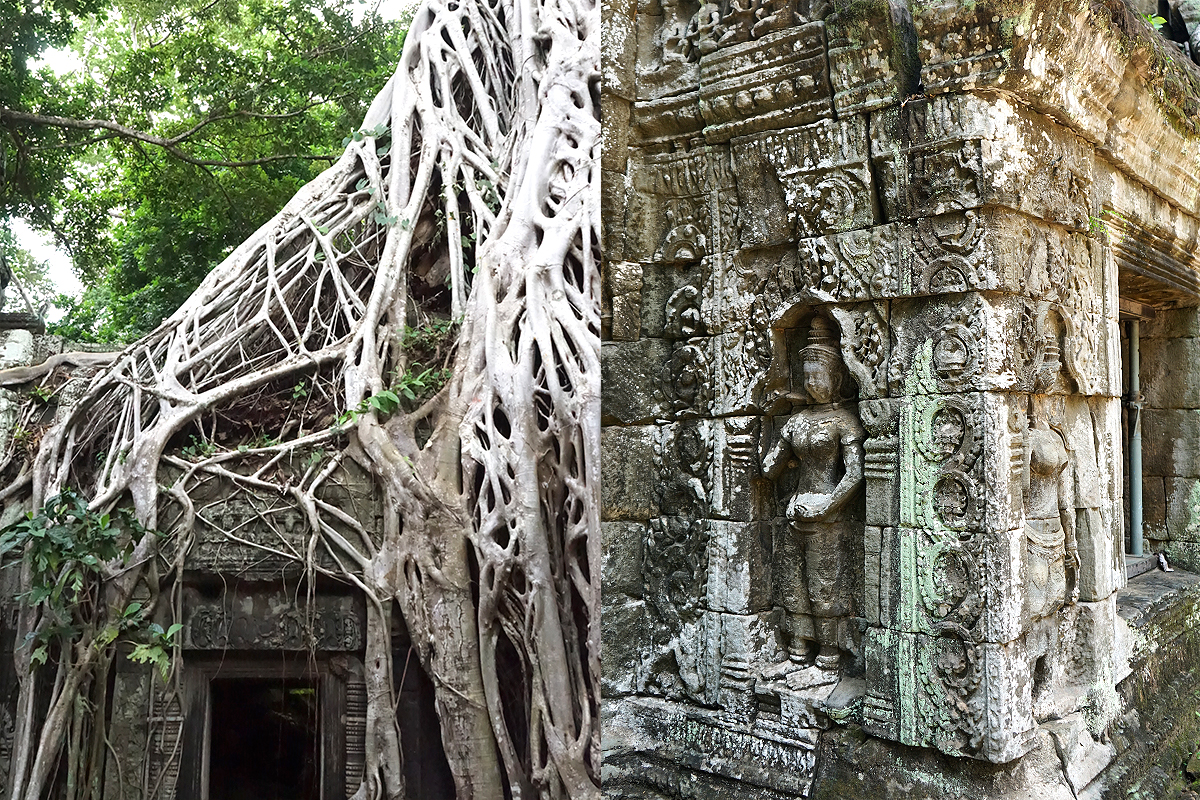 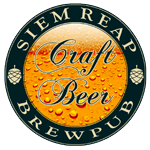