A Londoner’s Review of the London Craft Beer Festival 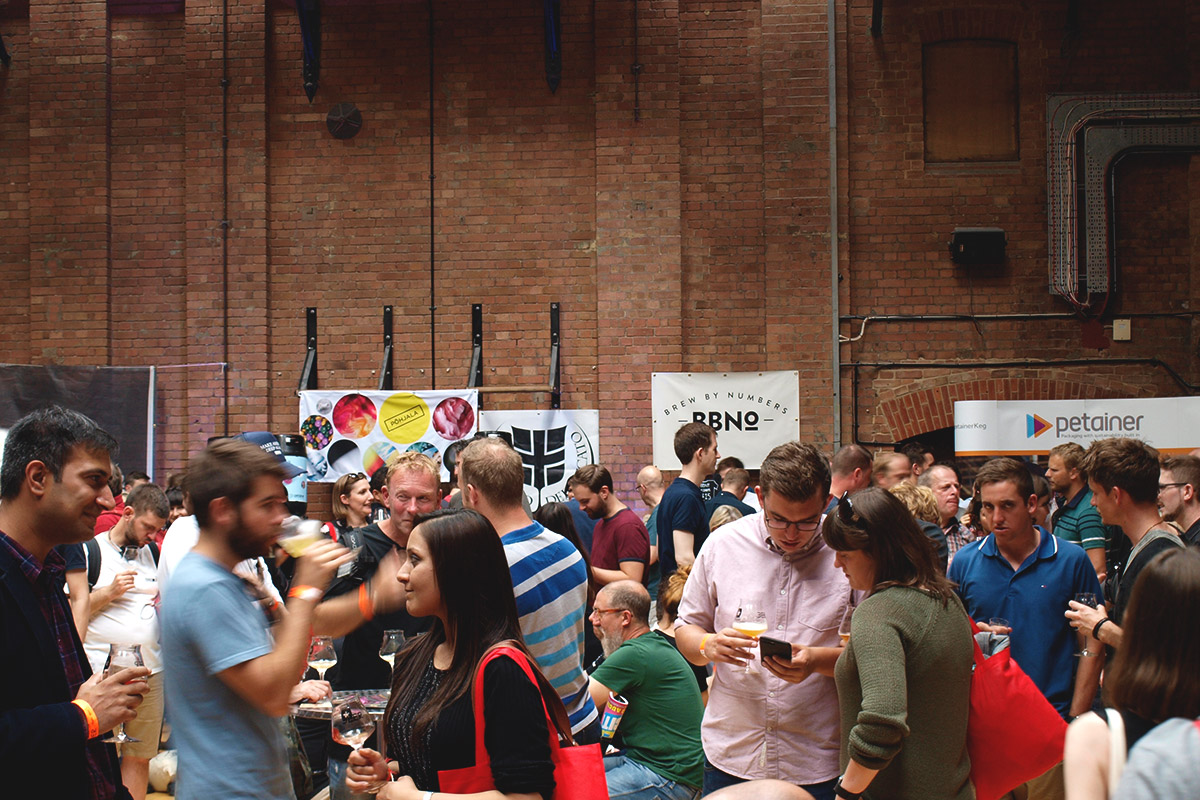 The London Craft Beer Festival celebrated its fifth birthday this year–a couple months back–and it proved to be their biggest event yet. Spread over a three-day weekend, LCBF pulled in a stellar lineup of over 45 established and on-the-rise breweries–not just from London and the UK, but Europe and the USA, too. If that wasn’t enough, LCBF also dedicated a ‘Cask Yard’ to London’s oldest independent brewer, Fuller’s, collaborating with six other breweries to create a series of one-off cask brews.

This year’s encounter saw the LCBF venue switch to the recently restored Shoreditch Electric Light Station, where brewers were split between two spaces. First, the ‘Generating Chamber’–a room retaining some of the period industrial features of the building’s former life as a power station–and secondly the slightly larger ‘Combustion Chamber’ space. There was also a modest sized courtyard, providing a welcome area for outdoor drinking (or at least it did when it wasn’t raining–this is England after all!).

A session ticket entitled a fest-goer to unlimited (yes!) 100ml pours (3.4oz). So with over 45 breweries each offering between three to five beers on tap, punters were pretty spoiled for choice…

I made it to the LCBF for the sold out Saturday PM session. Attending the busiest session worked out in my favor…sort of. Upon arriving to the venue–shortly after an all-too-familiar London downpour–I was met with a sizable queue. According to the Festival Organizer, the queues were as a result of overcrowding within the brew rooms, with everyone taking shelter from the open courtyard during the rain…or at least that was the line given. Needless to say, it resulted in deployment of a ‘one-in, one-out’ policy. Not the most expected ‘welcome.’ An hour later, I’d made it in. (Credit to the fest organizers, who offered a full-refund and free entry to the Sunday session as well. Free beer!)

Despite a sell-out session and suggestion of overcrowding, once inside all seemed well organized and flowing nicely (pardon the pun), with minimal–if any–queue time to pick and sample from the huge number of craft beer vendors. These included the likes of Beavertown, Brewdog and Cloudwater from the UK; Lervig, Dugges and Mikkeller from Europe; and Sierra Nevada, Other Half and Oskar Blues from the USA (the full list can be found here, if you’re curious). Plus, DJ sets from the likes of Foals, Hot Chip and Norman Jay provided a soundtrack across the weekend, giving the festival a solid party-like feel.

After my Saturday session was in the books, my return trip to East London again the following day couldn’t have been more welcomed. Not least because it felt I only scratched the surface at the Saturday session–thanks to the sheer number of beers available. Maybe a good thing–maybe not–but almost all brewers freshened up their beer lineups for the Sunday session. This meant anything I’d missed out on the day before, I wouldn’t be trying on that second day. But it did ensure new variety, many beers of which I’d be tasting for the first time, were available from my favorite breweries–and ones I’d discovered only the day before.

Sure enough, two sessions of LCBF left me more than satisfied…and suitably buzzed. 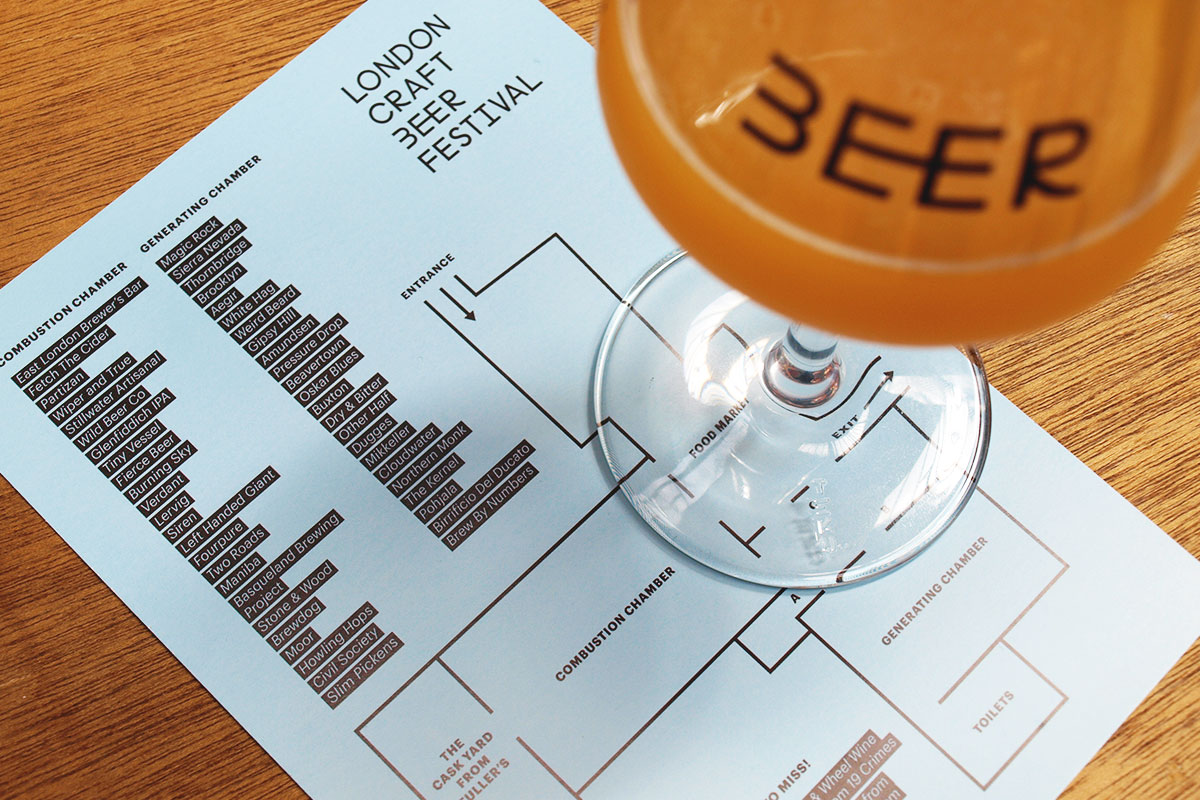 Scandinavian breweries brought their A-game to the LCBF, and Amundsen Brygerri were no exception. This beer delivered exactly what it promised–liquid marshmallow in a beer, coupled with chocolate and boozy cognac. If beers replaced a three course meal, you would want this one for a dessert (and probably even a night-cap too).

Ironically this is the solitary London representative to make my shortlist for LCBF. When I think Beavertown, I think of solid, easy-drinking IPAs and pale ales, so it was a pleasant surprise to enjoy this stout of theirs. Their ‘Heavy Water’ series offers a wide variety of stouts with a twist, with this being a perfect example. The taste comprised rich chocolate, vanilla and spice, ending with just the right hit of chili. A winner!

This was no ordinary sour! As explained to me by the ever-so enthusiastic Italians pouring the brews, this was a blend of three different beers: a peated barleywine, a Rauch-Märzen partly aged in Scotch whiskey barrels, and a Brett ale matured in a steel vessel for six months. Whew. The result: a super smokey and peaty sour. You’ll either love it or you’ll hate it, but it had a lot of folk at the LCBF talking. And it resoundingly impressed.

No surprise that the UK and Europe are playing catch up with beer trends in the USA, with New England-style IPA’s the latest to catch on. BrewDog have, of course, tried their hand at offering their own take–and they succeed once again. Typical of the style, the beer poured hazy and was perfectly balanced, loaded with intense tropical fruit both on the nose and the palate. BrewDog will rarely let you down, and they didn’t on this occasion either.

Without a doubt the brewery combo serving the most eye-catching beers of the weekend was with these two. Buxton Brewery tapped an array of beers from their ‘Ice Cream’ series, collaborated with the ever-awesome Omnipollo from Sweden. Other flavors on offer included Popscicle Ice Cream Pils, Maple Truffle Ice Cream Waffle and Blueberry Slabcake Ice Cream–with all pours topped with a slushy ‘soft serve’ for effect. The result: something truly different, very unique and most importantly, a beer that tasted as described. And it all somehow worked. I ended up buying several bottles from the series to take home…

If there is one UK based brewery who have been delivering consistently excellent beers in the last two years or so, it’s Cloudwater. Alongside showcasing some of their collaboration beers with Other Half, Cloudwater offered some of their very own stellar brews too, including this beauty. Previously, Cloudwater caught the attention of UK craft beer enthusiasts with their periodic DIPA series. And now it’s all about the changing seasons and top notch ingredients at their best. Typical of their IPAs, this one was juicy, packed full of hops and super refreshing.

Lervig’s reputation is growing rapidly here in the UK, and with their offerings at LCBF it was easy to see why. Lervig could easily have dominated my shortlist–with a variety of styles being poured–but in the interest of fairness, I have kept it to one selection. This beer seemed to be the talk of the festival for anyone who’d sampled it. It was one helluva stout–rich, sweet and boozy–a complex profile highlighted by coffee, cocoa and vanilla. With winter coming, add this at the top of your ‘Dear Santa’ wish list…

Brooklyn’s Other Half completely spoiled the LCBF with their offerings and showcased some of the best pale ales of the weekend. It was hard to pick a favorite of theirs, but I’ve gone for this one–a super juicy, double dry-hopped pale from their ‘Potato Series’. Get me on a flight to NYC, because I haven’t finished drinking my wish list from this brewery.

Siren Craft Brew were not alone in pouring coffee-based IPAs at the LCBF, but for me their’s was one of the better ones. Light coffee on the nose, but stronger on the palate. The ABV is deceptive, because it drinks like a regular IPA–and a pretty delicious one at that.

Lastly, my pick from the abundance of offerings within ‘The Cask Yard’ was this brew, from the English Midlands’ brewery. This was a super creamy porter with strong vanilla flavor, alongside hints of caramel and coffee. I confess, porters aren’t usually for me (a knock against my English background, I know), but I’ll be keeping an eye out for this one again in the future.

While there was an abundance of great beer to choose from at the 5th LCBF, the aforementioned 10 were my stand-outs (even if only one was from London itself–sorry, London). The fest did a stellar job of introducing Londoners to not only some of England’s best beer, but some great up-and-comers worth eyeing from beyond the British Isles. I’m already making my list of prospects for LCBF year six. Hopefully next time with shorter lines… 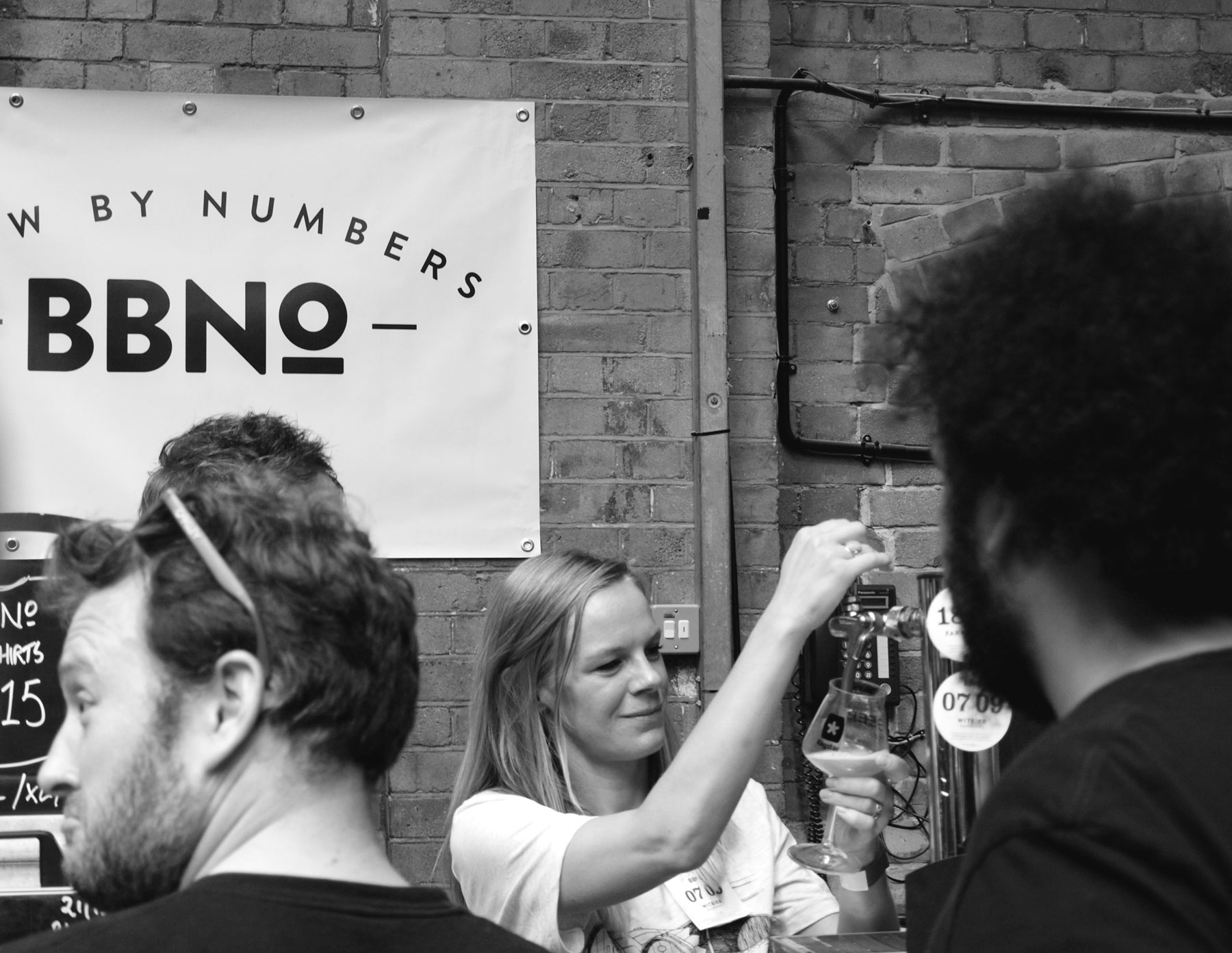 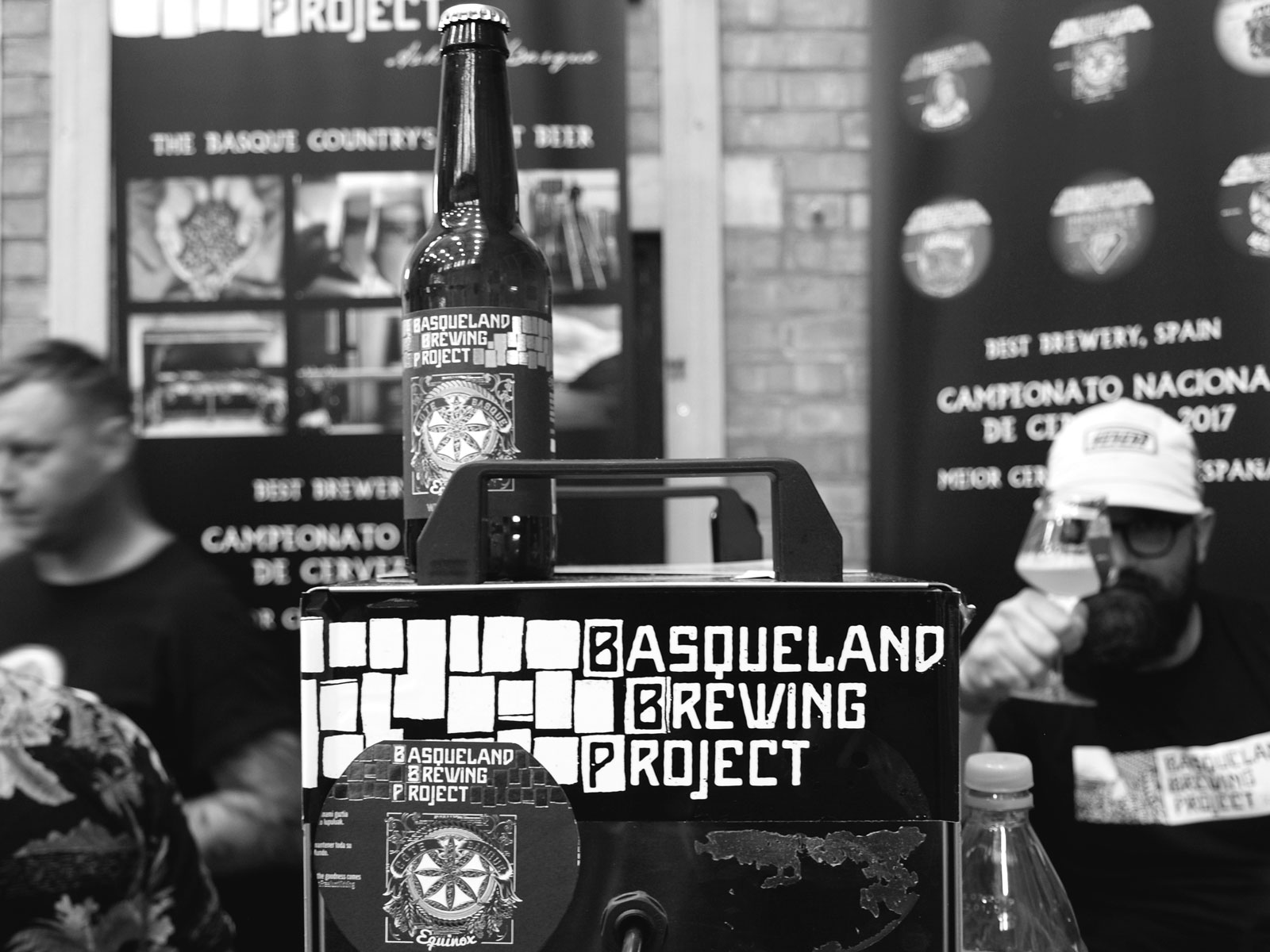 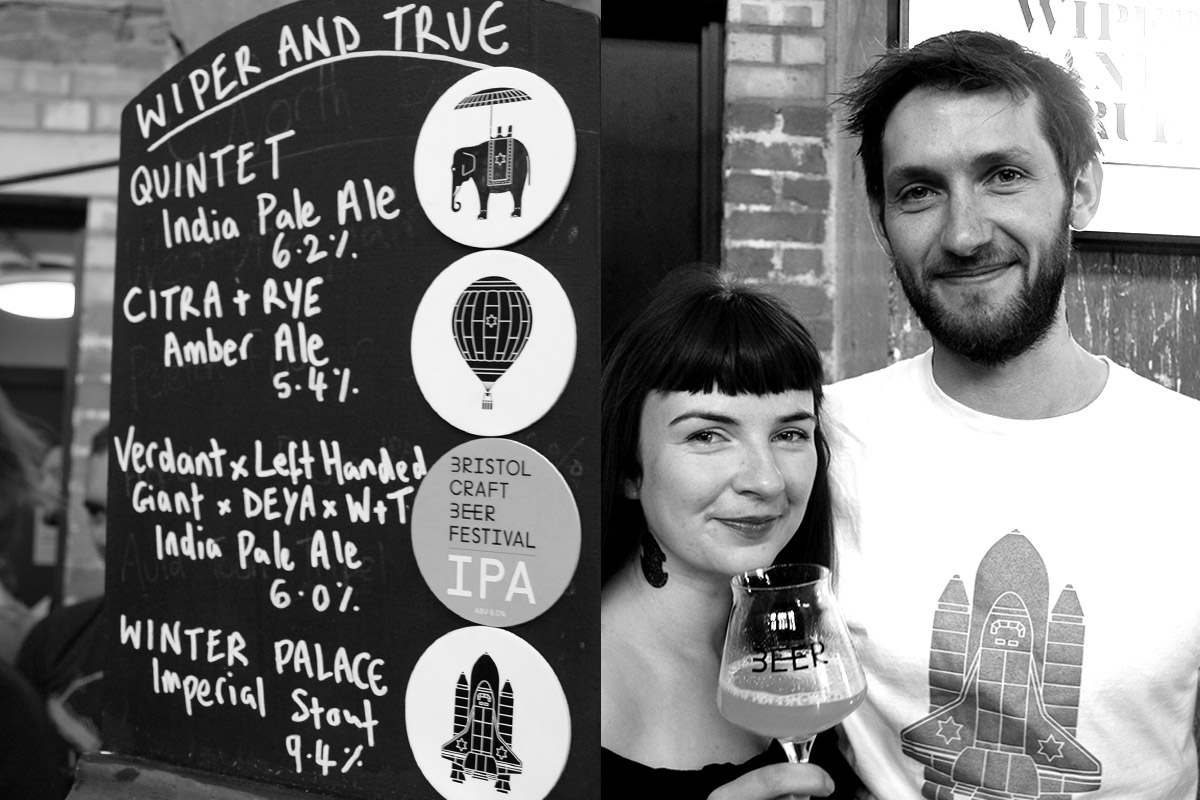 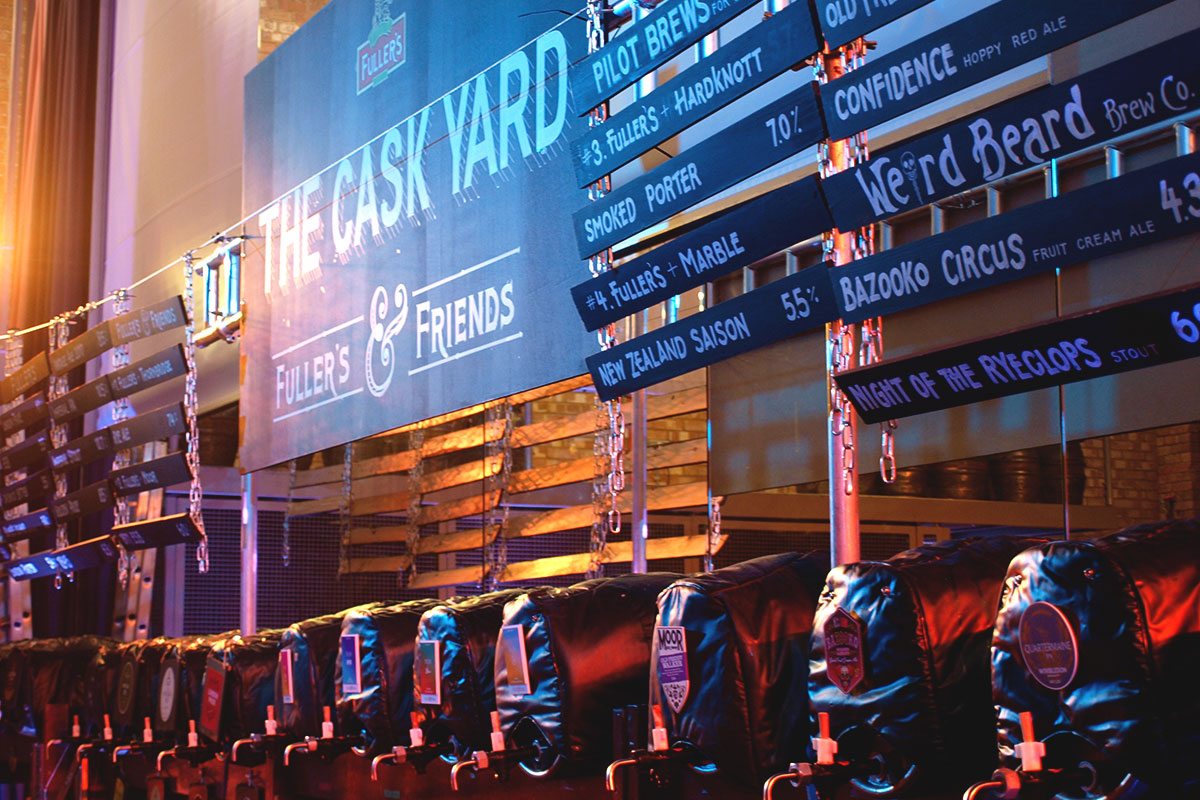 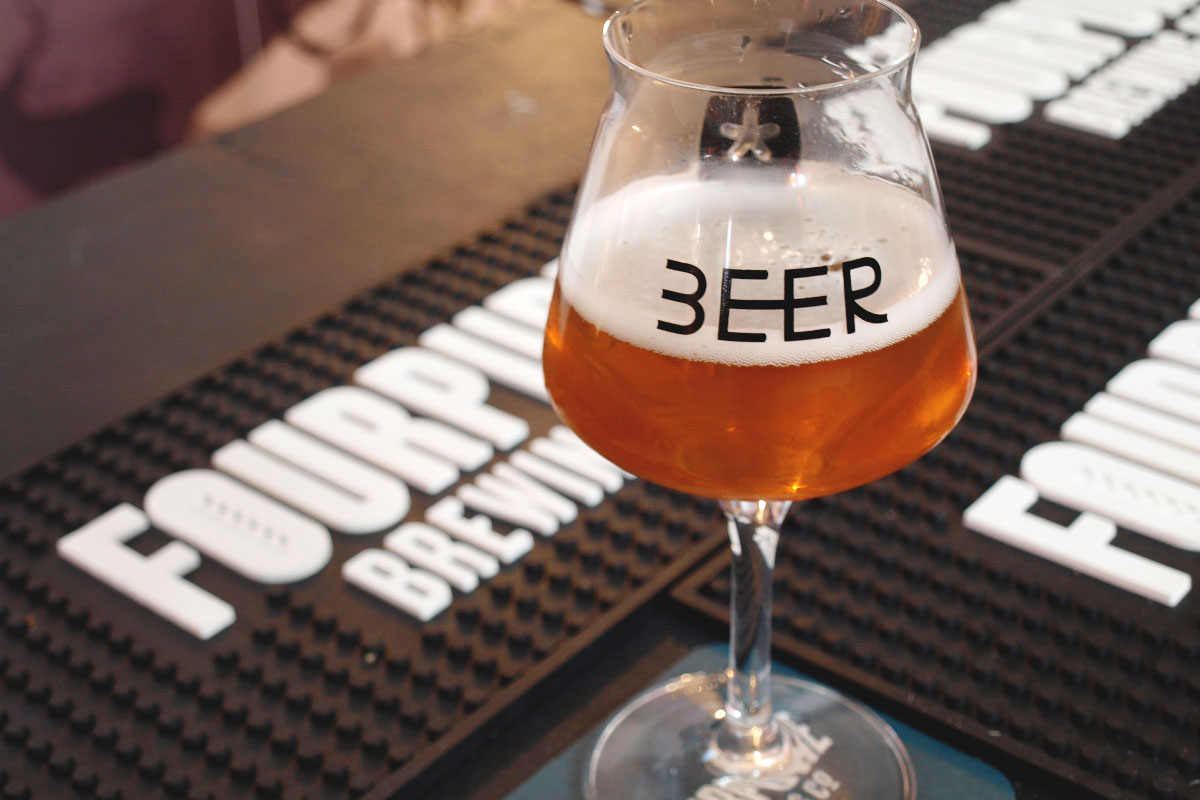 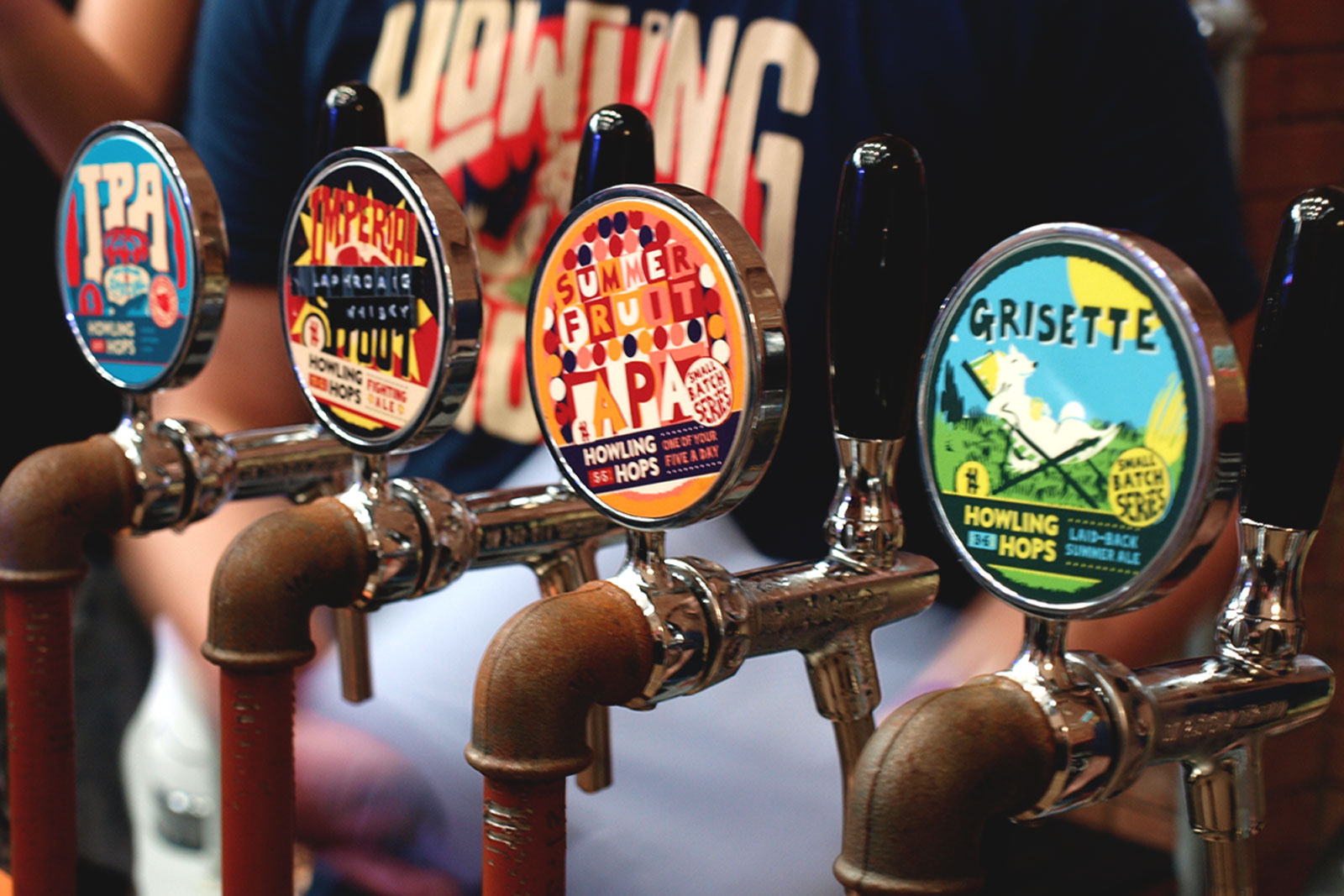 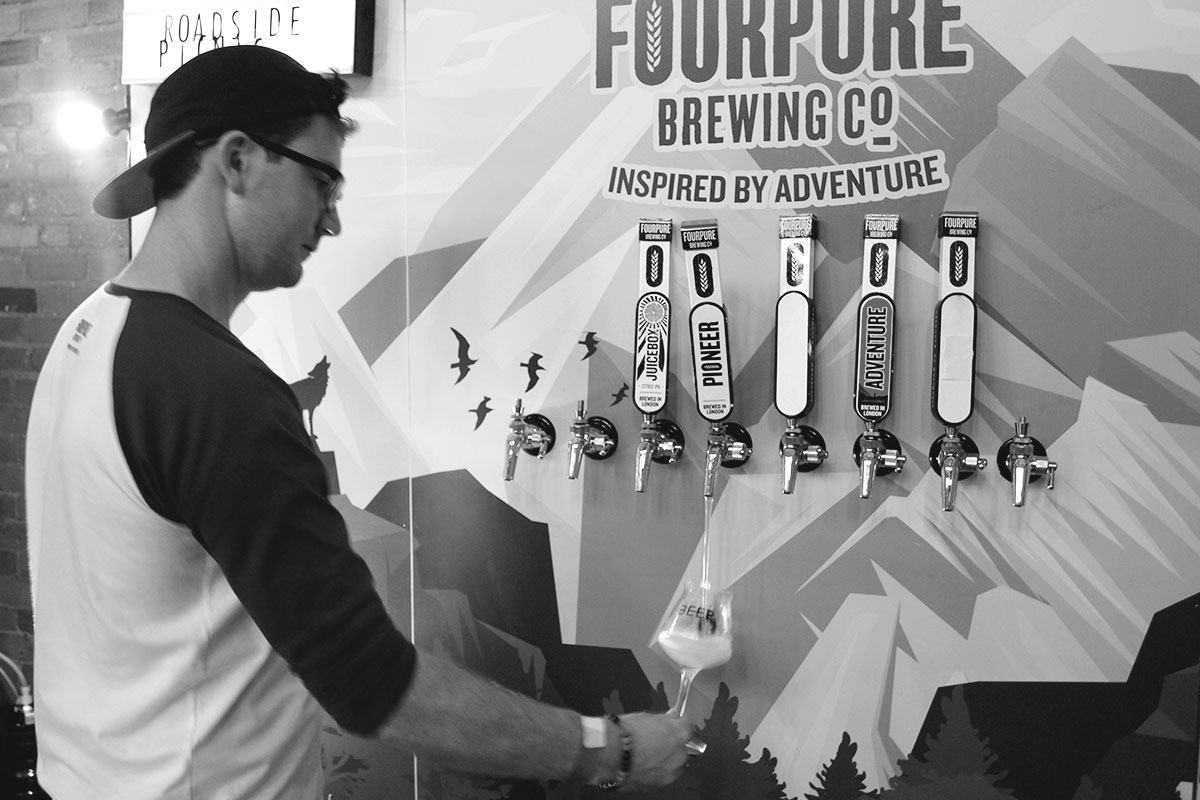 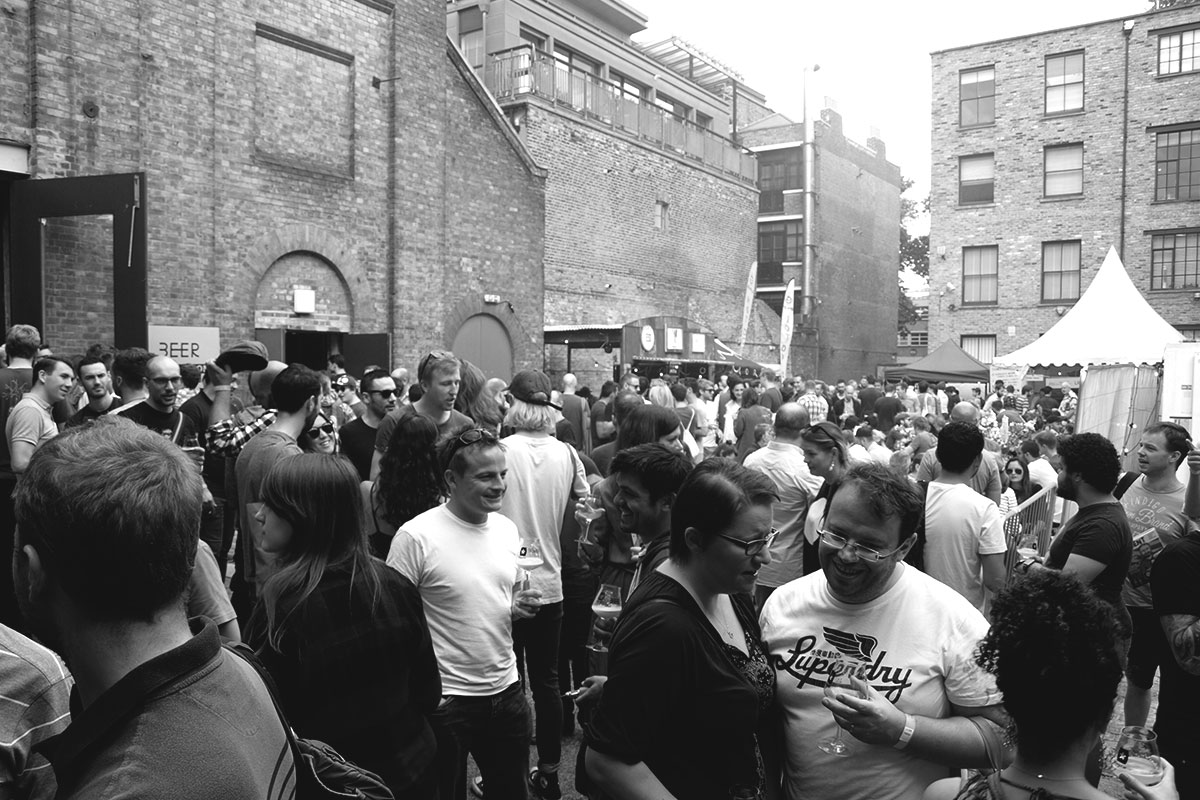 Authored & photographed by Paul King, UK collaborator for The Hop Review. Paul is a beer fanatic born and raised in London, England. This is his fourth contribution for THR–he had also provided insight for the previous piece, “London’s Craft Boom Apparent on the Bermondsey Beer Mile.”