Perspectives on a beer ‘whale,’ by THR Contributor John Doessel 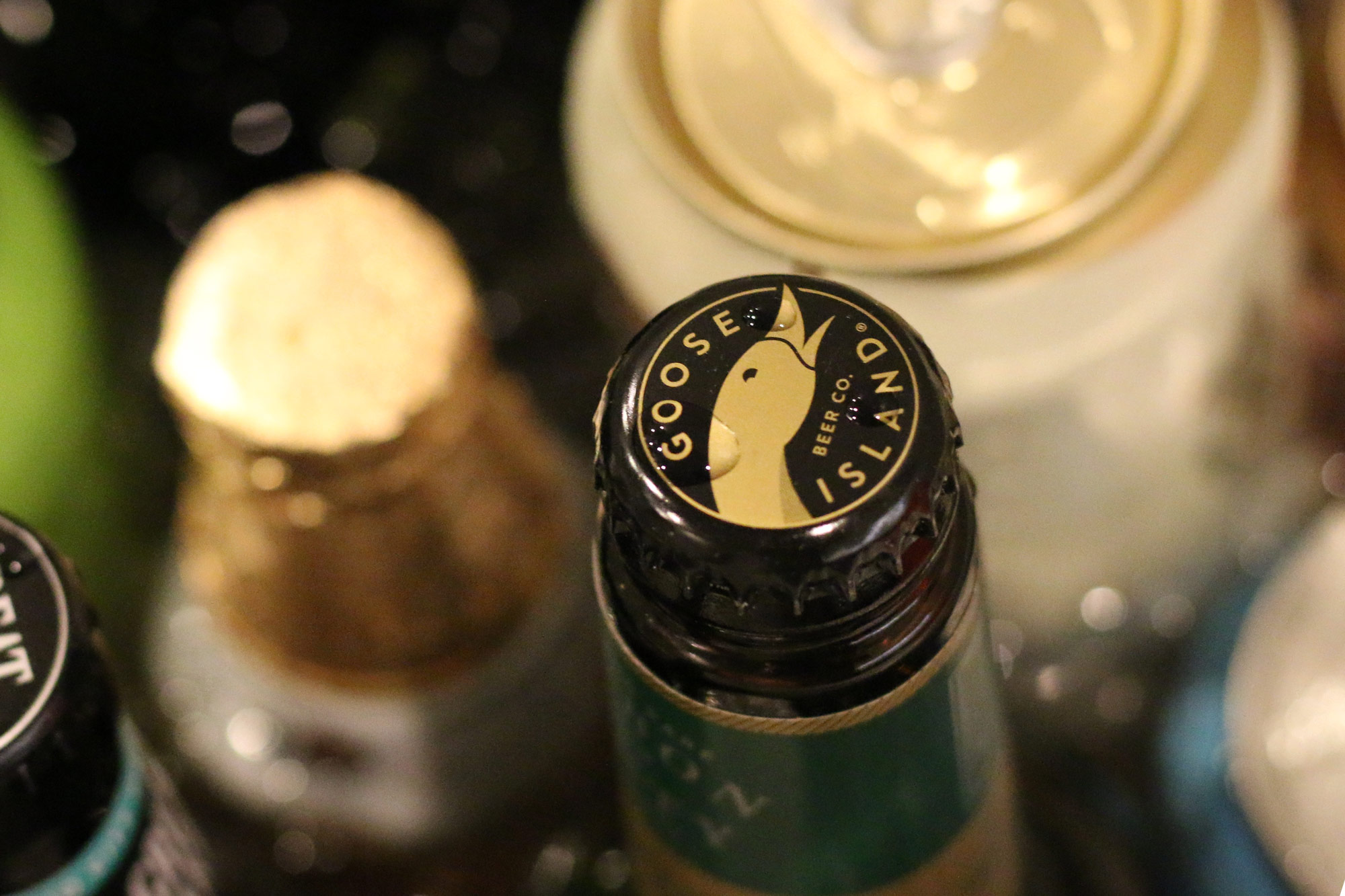 December 21: A number of stores across Chicago are re-releasing Bourbon County Rare.

One of which is on my walk to work. It’s just after 10:00 am. Running a little late… The store opened at 7:00 am. And it’s located in the heart of downtown Chicago. Thousands of people have already walked by, or in, this grocery-store-turned-beer-hotspot for the day. And I’m not even sure I want it. But what’s it hurt to check? I stop in. They won’t have it anyways. Will they?

I float about the beer section, pretending to show interest in 6-packs readily available at gas stations while peripherally searching for an employee. One walks by. So I ask.

She said they do.

She retrieves it from the depths of the store.

Ten minutes after arriving I’m leaving with a bottle of Bourbon County Rare.

But I’m a not-so-proud owner.

Actually, I feel quite dumb.

I bring the bottle to my parent’s house, figuring Christmas is as worthy an occasion as any to drink such a special beer.

I carve out a sliver of space in my parent’s fridge, just as I have hundreds of times before with bombers and 6-packs. Though, this time is different. My dad asks me what it is. It’s not that he doesn’t care about beer, he just doesn’t know the difference between the ones worth asking about versus the ones not.

But the wooden box made this beer different. Worth asking about.

So I show him. He holds the bottle, rotating it in 90-degree increments, examining the etchings on each side. He slides the top open then grabs the bottle, but the glue keeps it holstered.

“Yeah, Bourbon County Rare from Goose Island. They aged it for two years in… ”

Eyes still fixated on the box.

I pull the ornamental box from the fridge, crack it, and pour myself five or so ounces. It smells great.

Sensing the occasion, my dad asks for a sip. But his usual highly theatrical reaction isn’t so usual. Quite subdued, actually.

“Not as bad as those piney beers you have me try.”

We’re rating this beer on a scale of badness? “Piney” IPAs are the reference point? This is a beer decades in the making!

And it makes me think, which I’m sure it has many others, is this beer really worth $90?

If you think the answers lies in the tasting notes, the nuances, the bourbon-y heat, the oakiness, the mouthfeel, and so on, you’re mistaken. If it did, the answer would be quite simple.

The answer, at least for me, was found beyond the beer.

It was found in watching my grandpa try an aggressive gulp, exclaim “THAT’S NOT BEER!” then immediately chase it with a healthy swig of a “real” beer…Miller Lite.

Found in a sip requested by my mother–a woman who can’t remember the last time she finished a whole beer aside from that one fabled radler she had in Germany during Oktoberfest–then, unexpectedly, requesting another.

Found in hearing my wife follow a sip with her now-canned response of, “I like Trillium more.” (Her response to every beer I’ve had her try since first trying Trillium.)

Found in taking impossibly small sips, savoring every molecule, while pretentiously picking it apart with my beer snob cousins. Then turning to my decidedly less beer snobby cousins and introducing them to a world they never knew existed.

Found in the realization that the beer I was so concerned about “getting my money’s worth” was gone before I even refilled my glass.

So. Was it worth it?

Be sure to check out how Goose Island’s BCBS Rare fared in our blind tasting, “50 Stouts: Reviewed & Ranked.”