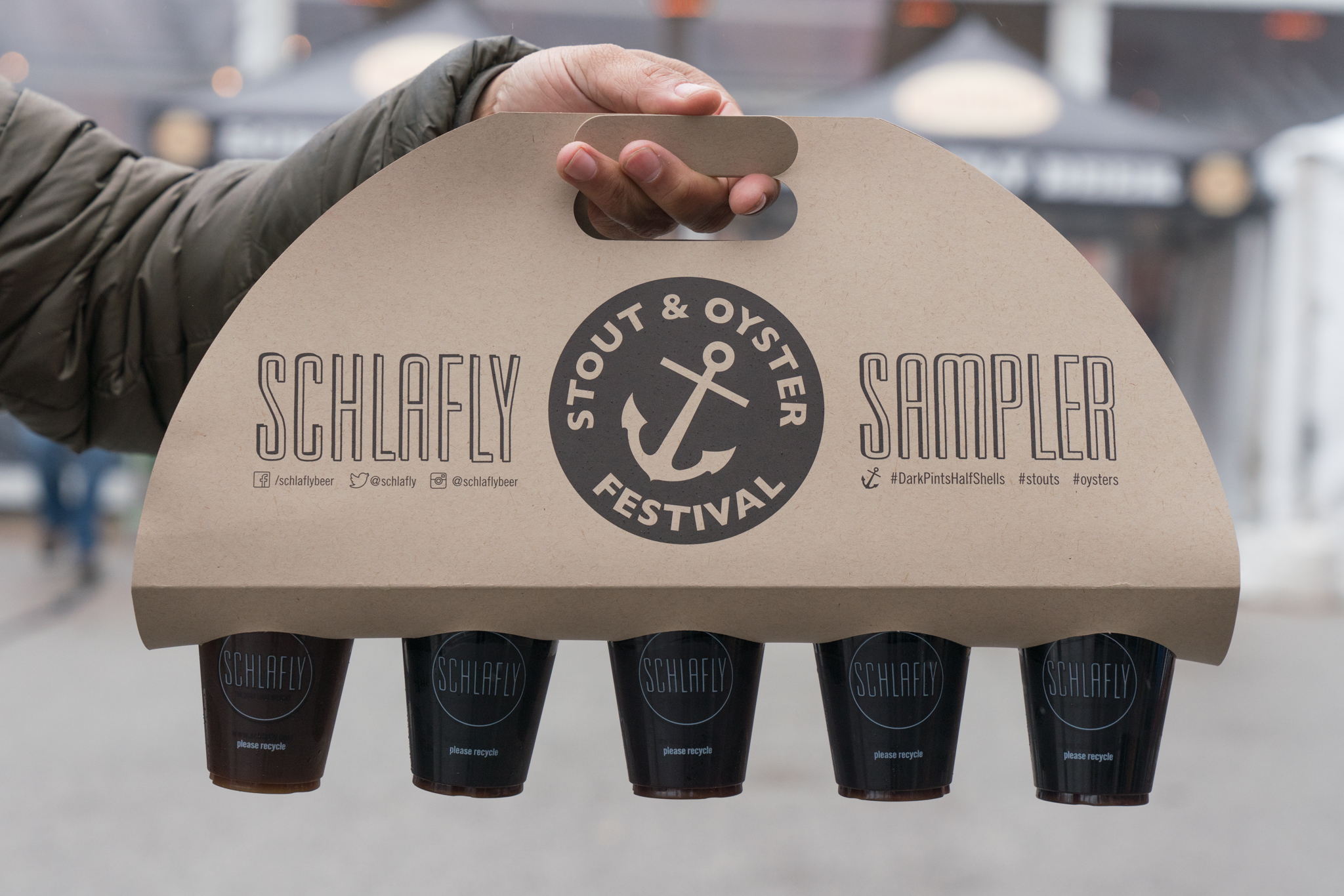 As far as beer festivals go, the ones that take place in the Midwest during that winter-meets-spring in-between period–when the chance for rain and near-freezing temperatures are an almost guarantee–aren’t often the ones that folks anticipate. However, with the weather in just that state, and at just that time of year in St. Louis, Schlafly Beer was able to pull off a beer gathering that would’ve put many sunshine clad festivals to shame. We’re talking about their 19th annual Stout & Oyster Festival at the historic Schlafly Tap Room in downtown ‘STL.’ And don’t let the event’s name confuse you, there was plenty to satisfy fans and skeptics of the briney critter and dark ale alike.

While oysters were the star of the show (over 80,000 of them got consumed), it was the ‘stout’ part of the event that really had our attention. And again, it was with the brewery’s approach to their fest beer lineup that was as unique as you’ll find at any festival. Alongside the standards (Irish Extra Stout and Oatmeal Stout), a festival-only Oyster Stout (5.7%) was readily available (donning the portraits of some of the veteran shuckers in attendance, right on the labels). Then, there was the Stout Sampler–a lineup of stouts that would make any fan of the style excited for: 10 variations ranging from a Maple Bacon Stout to a Mango Ancho Stout, all available in 5oz pours. And you better believe we sampled all each and every one of ’em.

What makes this sampler lineup even more interesting, is that they consider fan favorites from the festival when they compile their ‘Stout Bout’ 12-pack for the upcoming fall/winter. For example, 2017’s fest stand-out saw its way into bottles: the Mexican Chocolate Stout (6.2%). It was joined by the Salted Caramel Stout (6.5%) and the Blueberry Coffee Stout (5.7%) for draft consumption at the 2018 gathering.

Adding to the atmosphere under the rain-soaked festival tents wasn’t just the hospitality of the brewery and its staff, but also that of the 25 ‘StarShuckers’ who were serving up the clamored-for mollusks from coast to coast. And while some of these characters resembled more that of a salty sea captain or even an intimidating crew mate lifted from the pages of Moby Dick, their talent and friendliness was on full display. Between shucking thousands of oysters, their friendly coastal rivalries, joke hurling, and cheersing of pints couldn’t be overlooked. This was a gang that looks forward to their bone-chilling weekend in St. Louis.

Founding Brewer Stephen Hale explains, “These men and women are family at this point. We also hear from guests that they look forward to the festival for the fun, but also to see and catch up with their favorite shucker. What better way to celebrate them than to raise a beer in their honor?”

Live music and the grand finale of the ‘East Coast vs. West Coast Shuck Off’ provides entertainment for attendees. The Shuck Off features three shuckers from each coast going head-to-head in a relay-style race to shuck, slurp and then chug a stout.

Now, where else can you see that, while sampling a Red Wine Barrel Aged Chocolate Stout?

Here are our thoughts on the 10 showcased stouts from the weekend:

A dessert stout without all of the over-the-top sugariness, this Oatmeal Cookie ale was rich and creamy with a surprisingly dry finish, not unlike the classic Little Debbie Oatmeal Creme Pie. We found this to be the unsung hero of the lineup.

A rich, decadent stout that played up the coffee more than it did the sweetness, and we were okay with that approach. This one was a very buzzed-about offering at the fest, for good reason.

As off-putting as it may sound, this stout gave off just enough spice without being unfavorable. While we might not reach for this one a second time around, it gets bonus points simply for being non-traditional.

There was no mistaking that this one spent time in red wine barrels. A viscous jet black pour turned into a grape tannin-esque full-bodied mouthfeel of a drinker. Certainly for fans of Chiantis and Malbecs, and maybe not for those who aren’t.

The other star of the fest was this one: the Mango Ancho Stout. The layering of this beer’s flavor was unlike any other. Up front, a mango sweetness hits the tongue, then comes a break in flavor before the subtle heat of the ancho chiles rounds it out. This was one unapologetic beer, that had people chatting.

While this was one of the ‘safer’ flavor profiles, it proved to be a tried and true option among some more polarizing recipes. No surprises here, just hazelnut…and coffee.

Continuing their trend of ‘getting what you expect’ in a beer’s flavor based on the name, this one drank much like liquified red velvet cake. It was decadent and rich, with a distinct mouthfeel and lingering sweetness.

Not unlike the hazelnut coffee stout, this one pulled a lesser punch, but that’s okay. A jammy sweetness complimented the coffee notes. Still, it was hard for this one to turn heads amongst the others.

Ever had a maple bacon donut? Here ya are again, this time in beer form. A syrupy sweetness presents itself up front, followed by an oh so subtle smokiness from the bacon. It was rich and breakfasty, in the best way possible.

Rounding out the bunch was this rich, dense dark cherry infused stout. Unfortunately here, this one was not as strong. Reminiscent of cough syrup in more ways than one, it was difficult to down this sampler, even at five ounces. 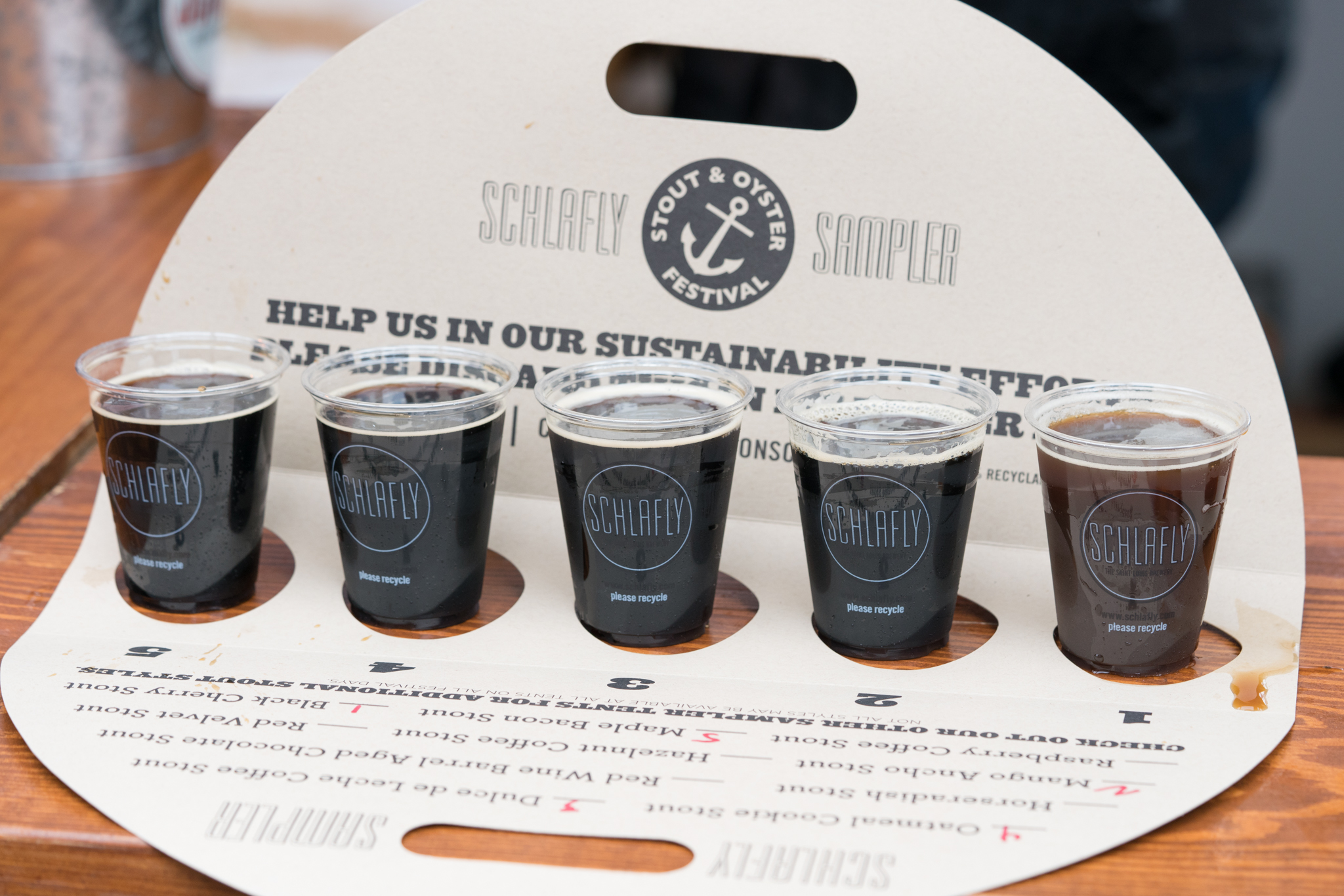 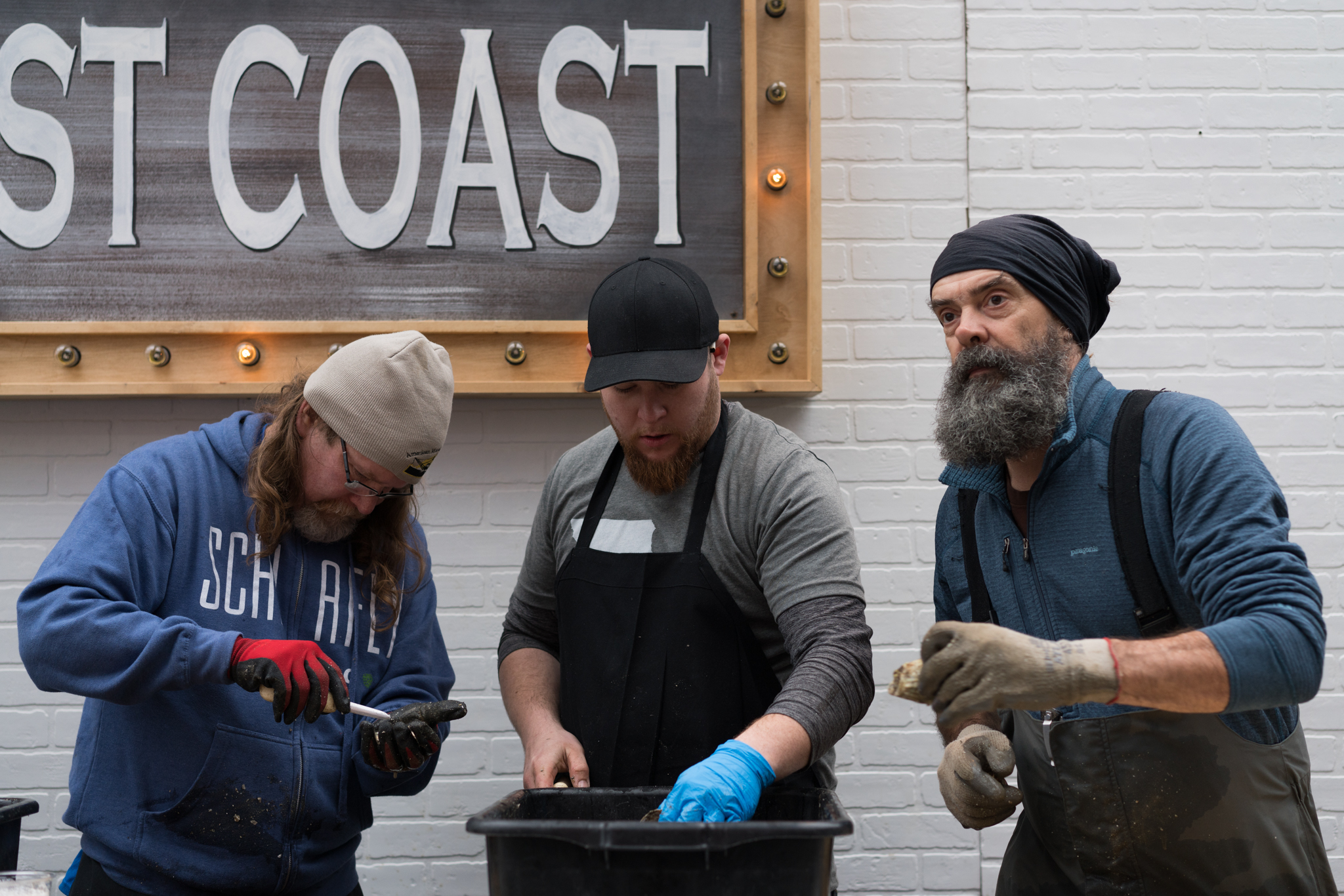 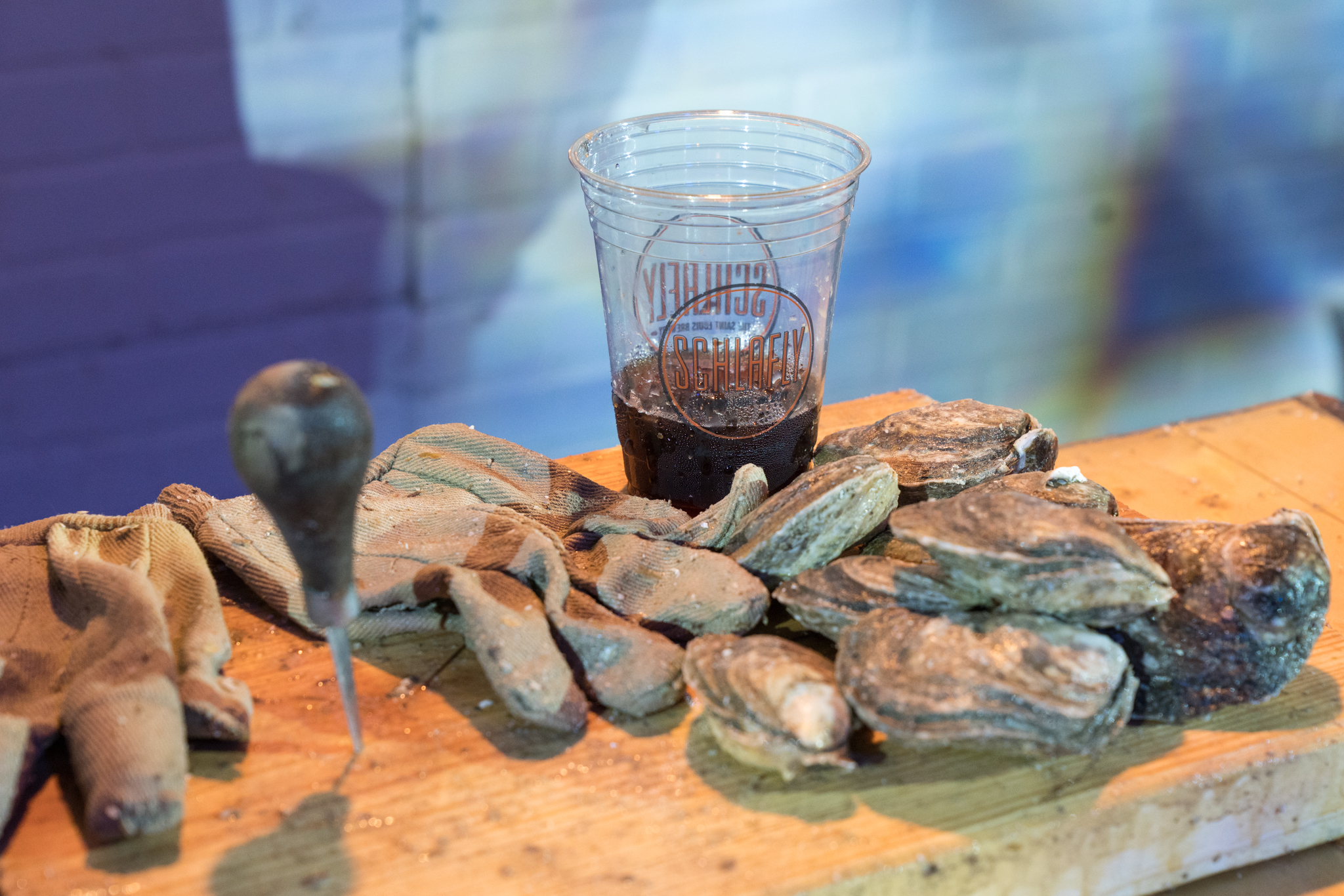 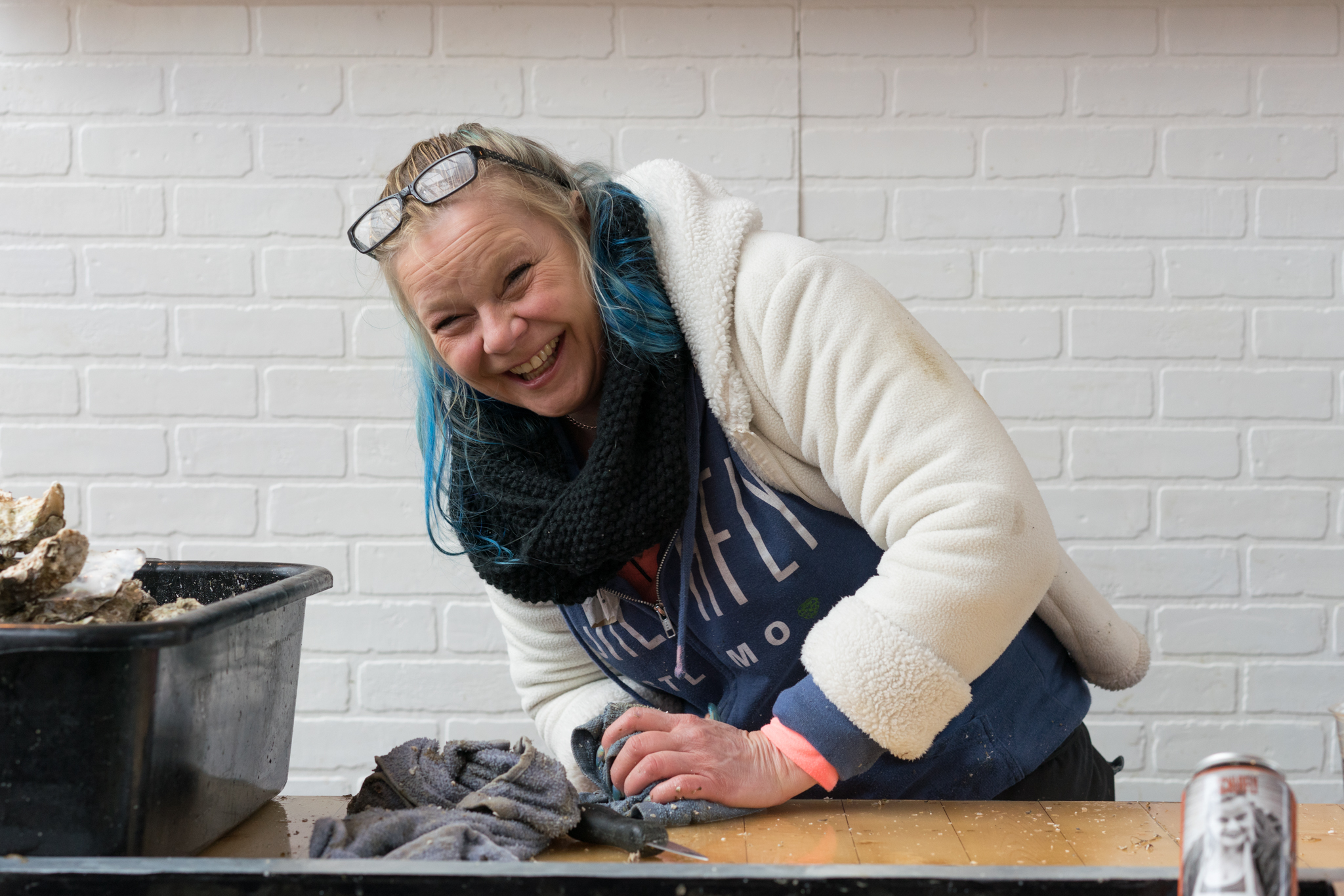 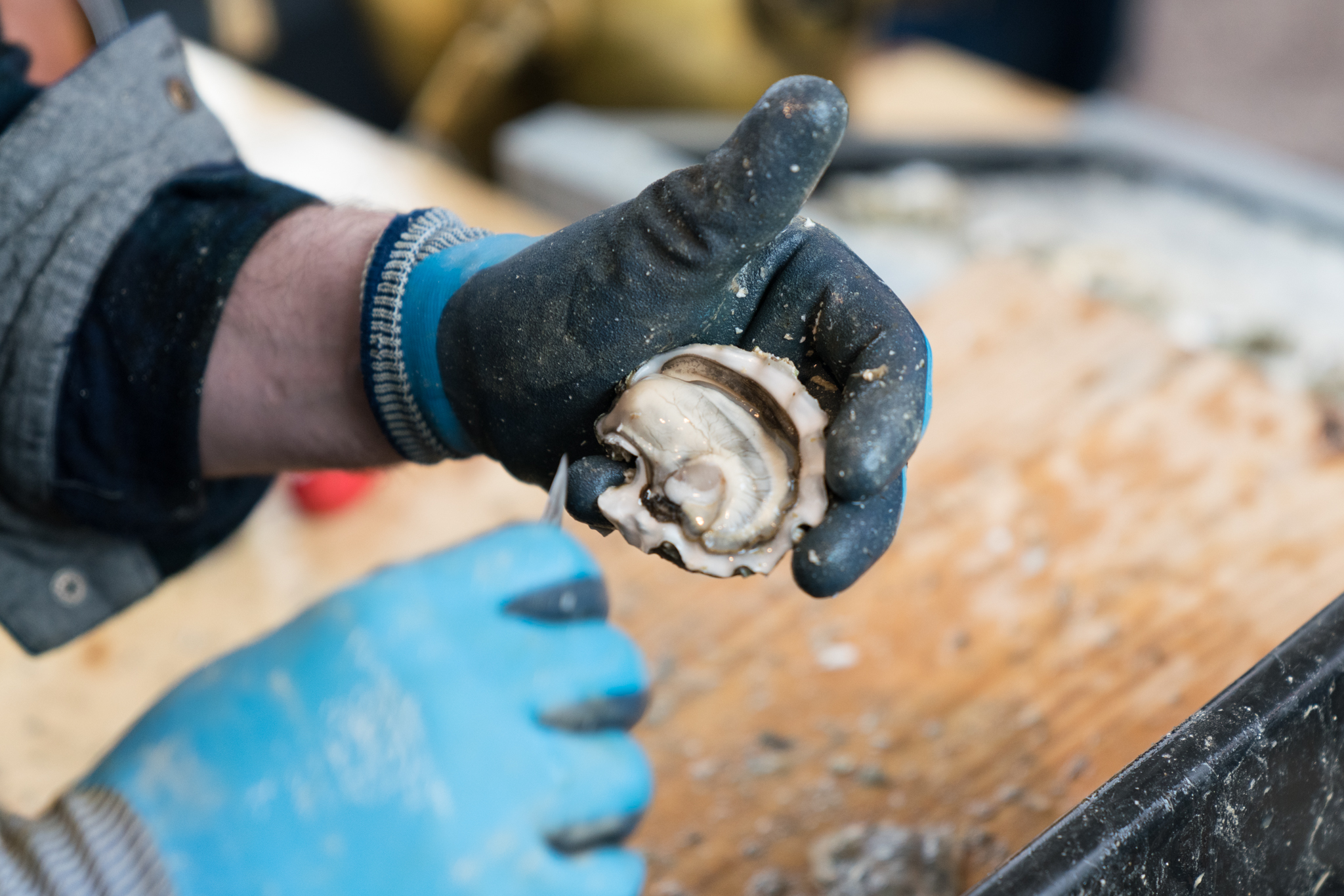 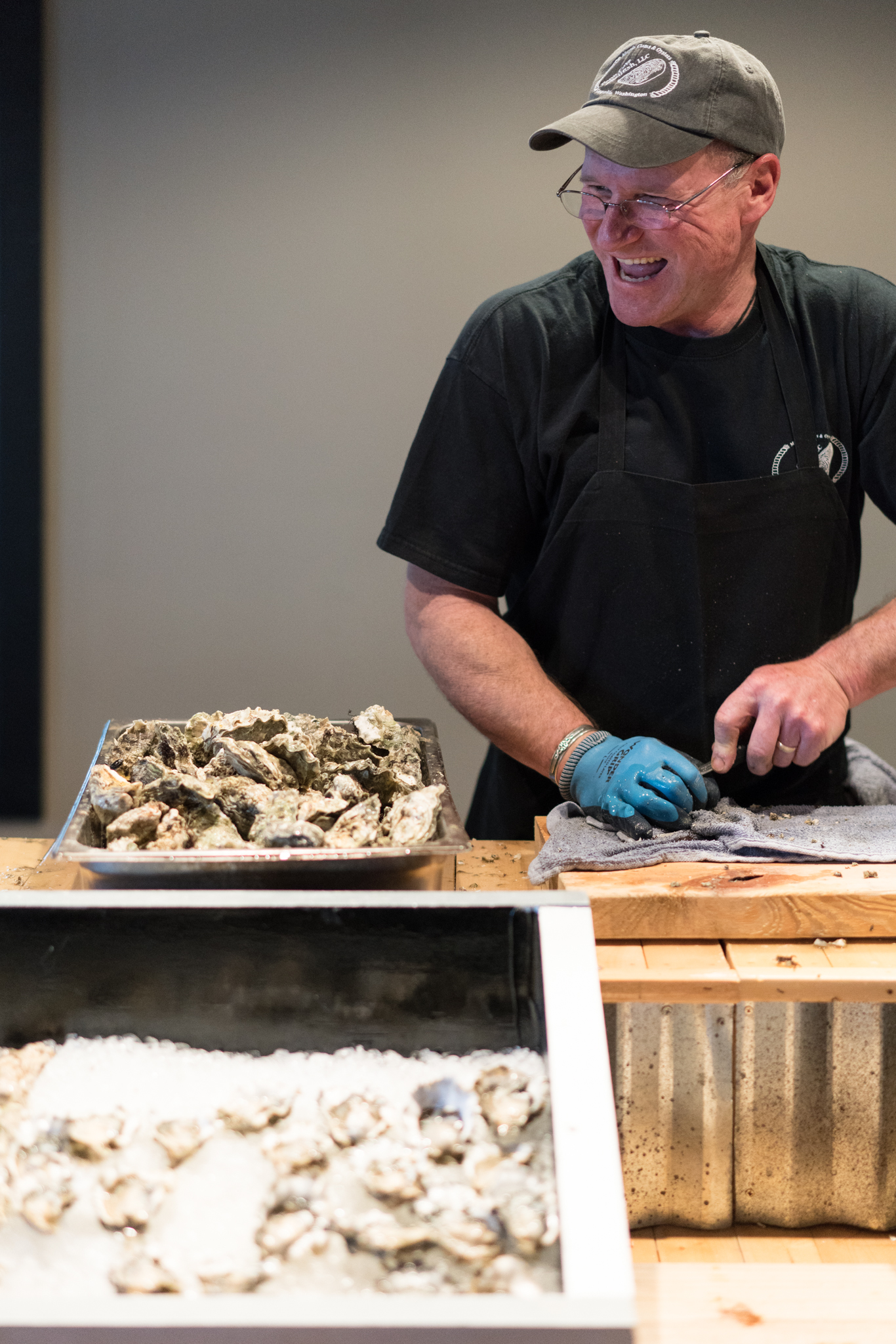 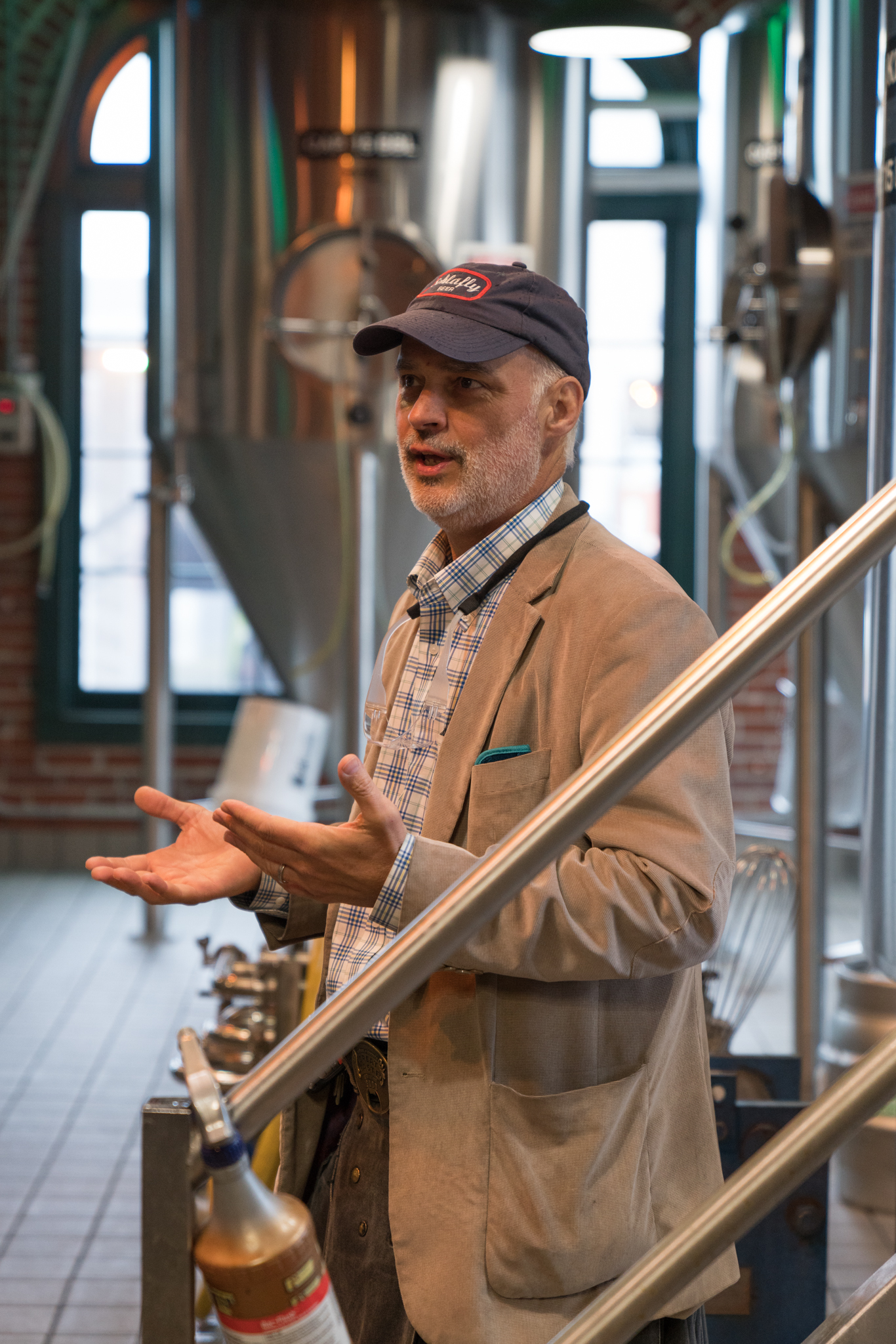 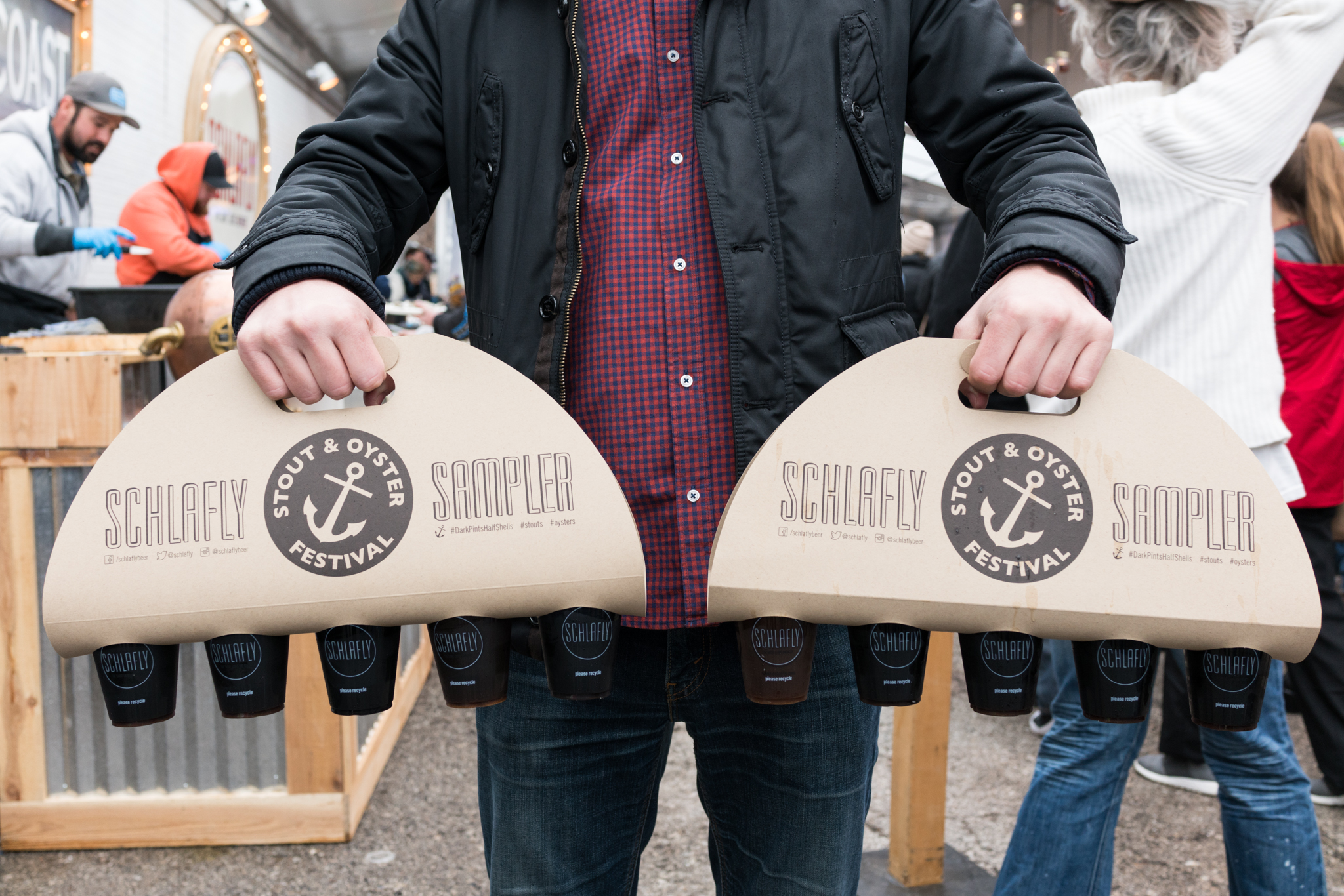 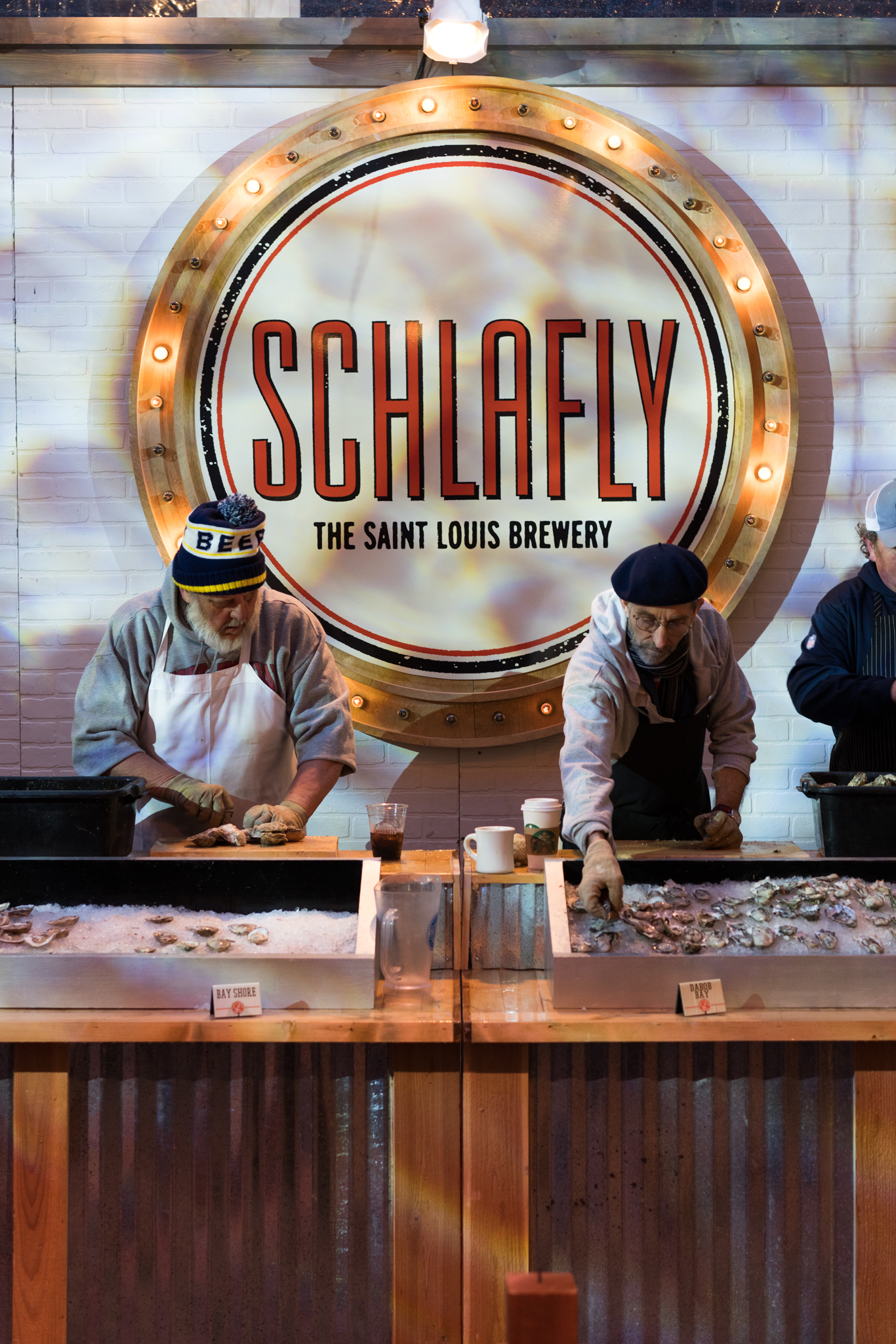 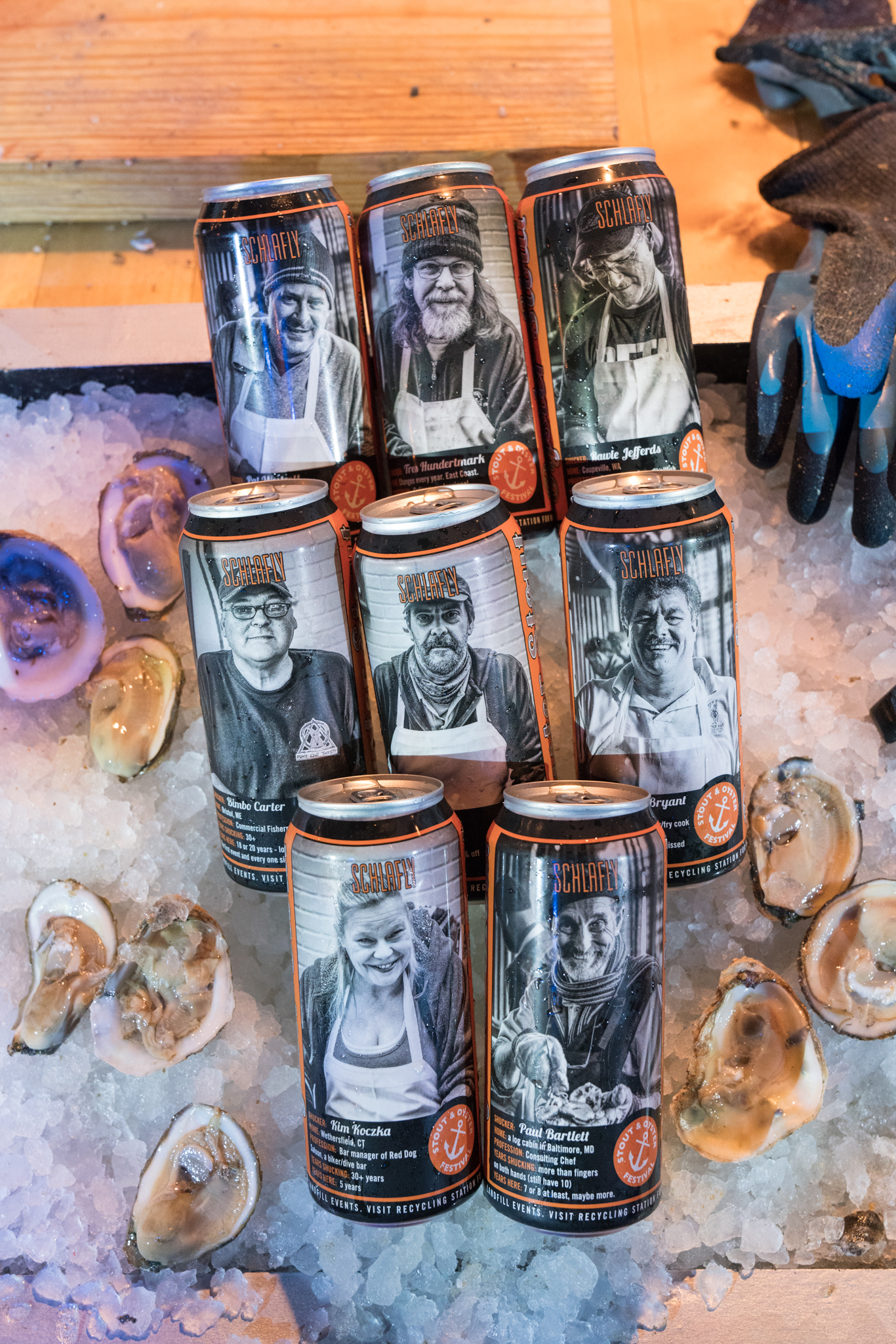 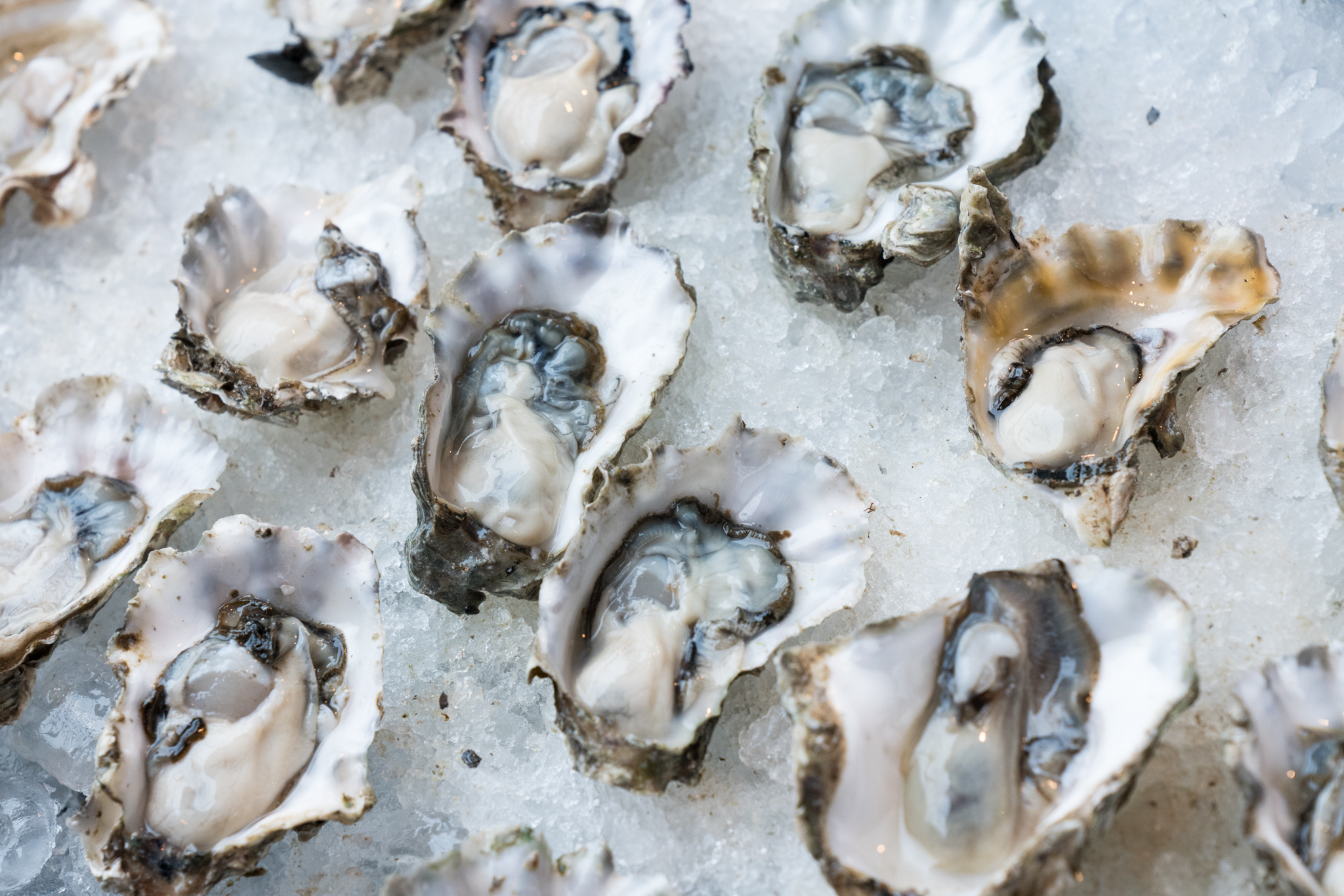 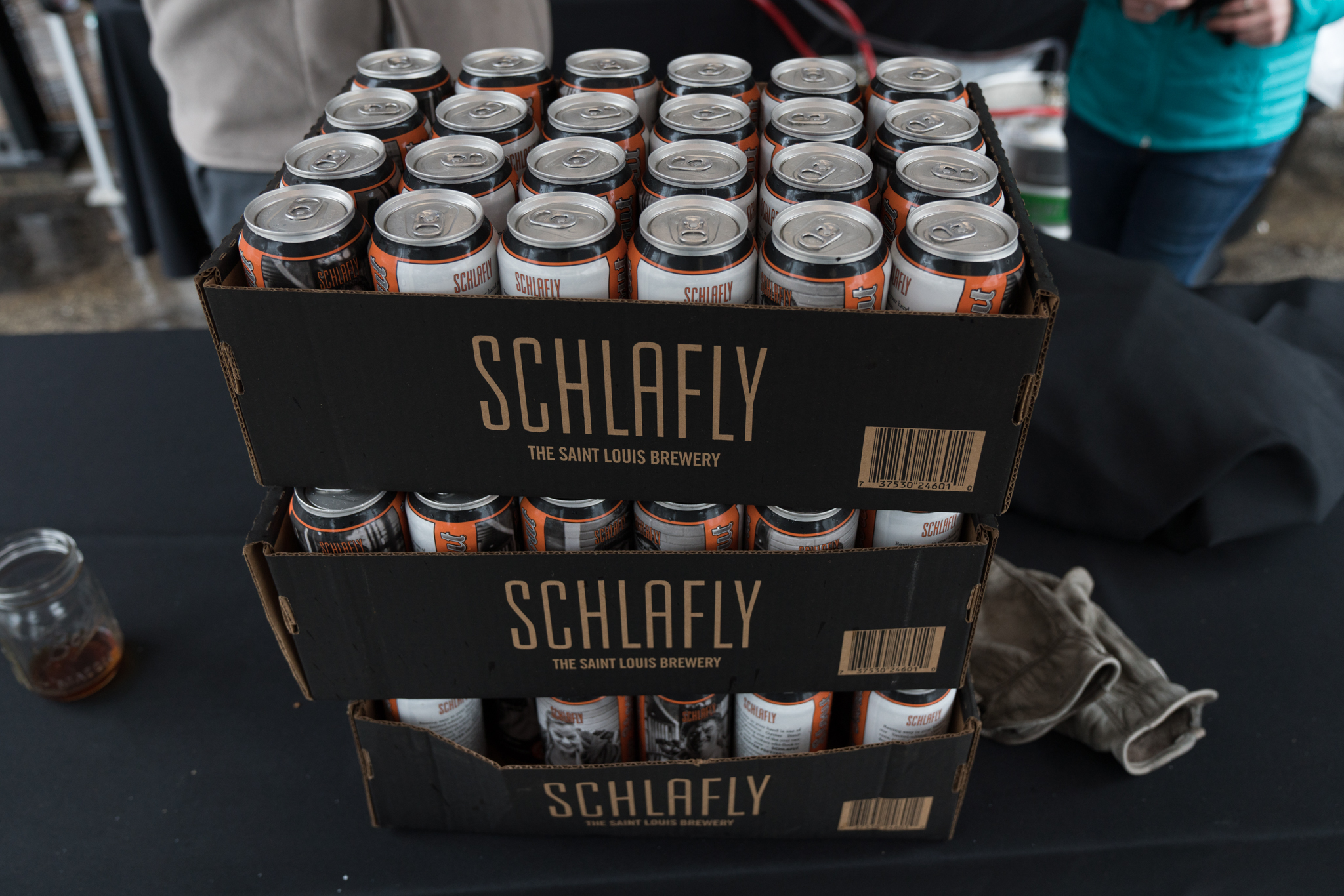 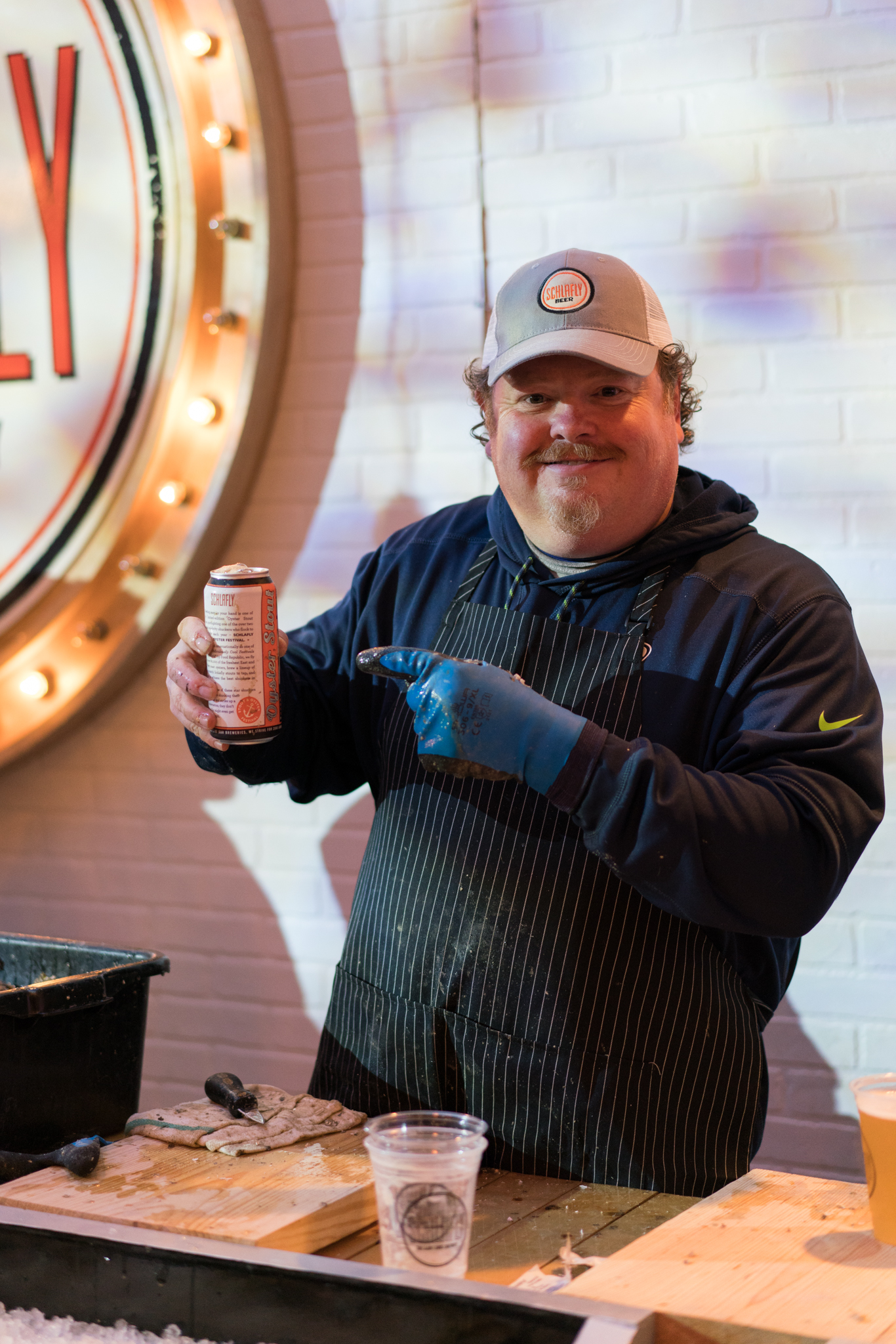 Photography by Ben Macri for The Hop Review.

Thanks to Schlafly Beer for hosting THR for a fantastic weekend in Saint Louis,
full of rain, dessert stouts and briney sea mollusks.