A Recap of the Chicago leg of the eight festival tour and the best beers we sampled, by THR Contributor Michael A. Hubatch 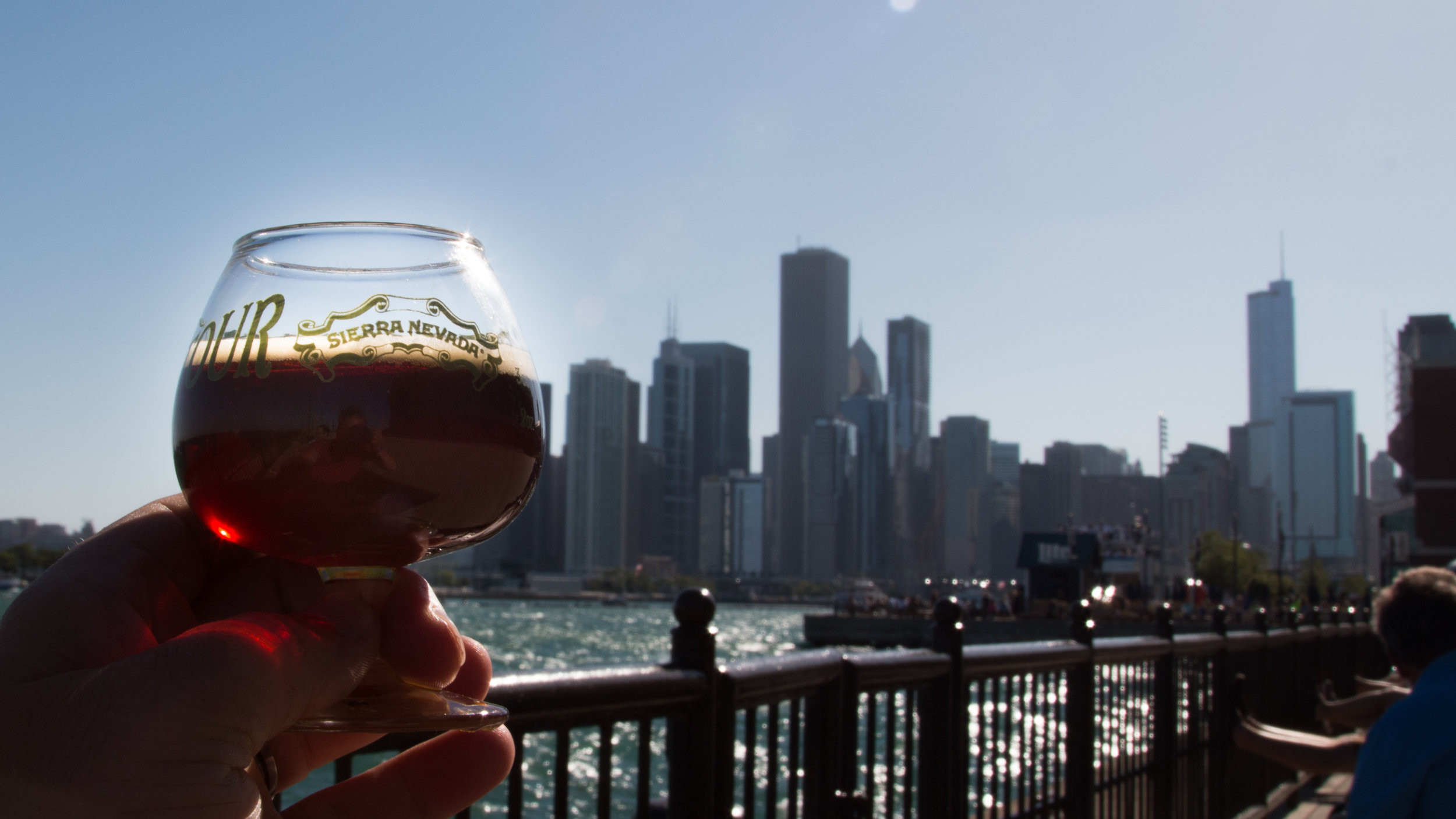 In its third iteration, Sierra Nevada shook things up and expanded their Beer Camp collaboration program to include six overseas breweries. This year’s collaboration resulted in 12 collaborators — six national and six international breweries — cranking out unique, one-off beers that will tour eight cities. The beers will also hit store shelves as a Beer Camp Across the World variety pack. You can find out more about the 12 collabs here.

With only eight stops countrywide this summer and an open call to all breweries near and far, we couldn’t wait to see who showed up to the Aon Grand Ballroom on Navy Pier.

The giant domed room housed the event and provided a chill ambiance with impressive of views of the Chicago skyline. There was ample space to chat with brewers and beer drinkers alike. Most notably with Banging Gavel’s co-founder Jim Richert who had plenty of enthusiasm for their future location in downtown Orland Park, and Mission-Trail Cider who shared their extensive knowledge on Plum Jerkum.

The two bands that played and a few brewers who were unluckily stationed on the southern side of the ballroom’s exterior struggled with the roaring winds. Small talk with Noon Whistle and Pipeworks made a simple beer explanation into a yelling match. Sorry guys.

We expected plenty of NEIPAs and lighter styles for the season, but were surprised by the large spectrum of beers served with fruit beers and sours being the most prominent.

Hourly announcements signaled a tapping of a ‘rare beer’, but we were ultimately disappointed as they were all leftover high gravity stouts from winter sessions. The stouts and warm weather just made for a higher level of drunkenness, and around closing time those now slippery hand sized tasting glasses starting hitting the floor. We counted nine.

As for the Sierra Nevada collaborations, we easily agreed the Dunkle Weisse from Ayinger Brewery was a standout of the twelve with the CampOut Porter from Garage Project equally praised. The Thai-Style Iced Tea from Mikkeller was by far the most eccentric and offered plenty of puzzled tasting faces. 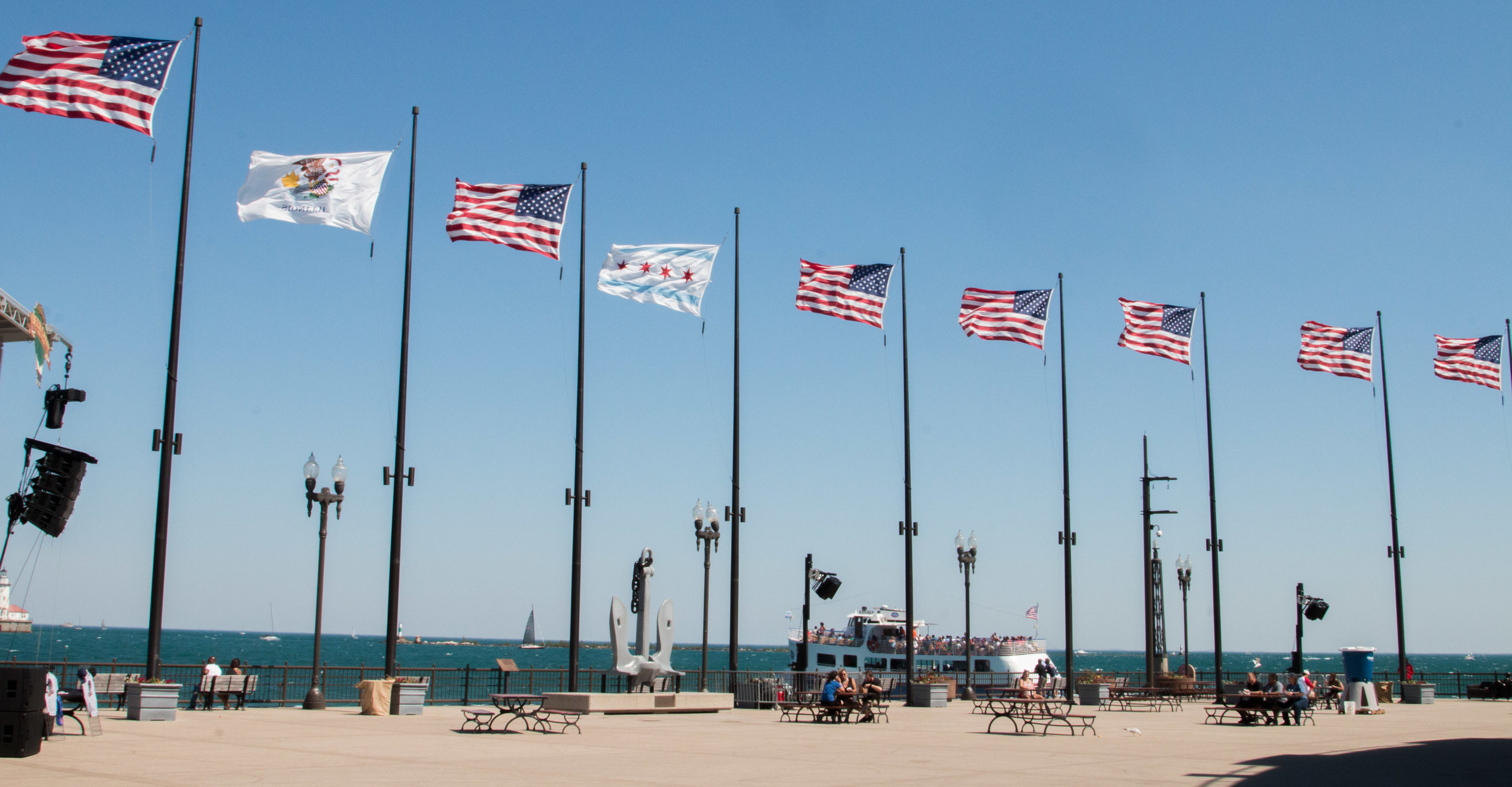 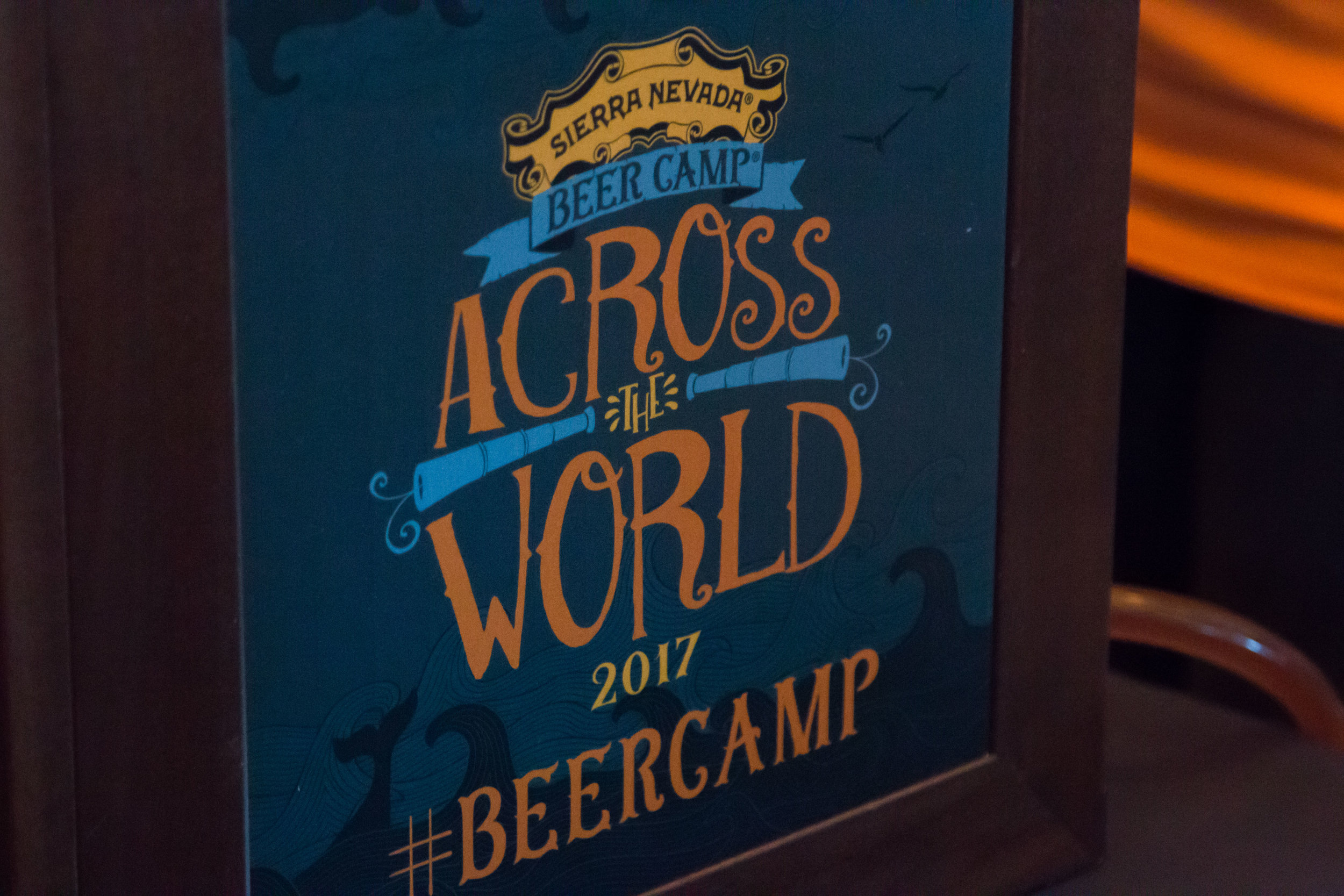 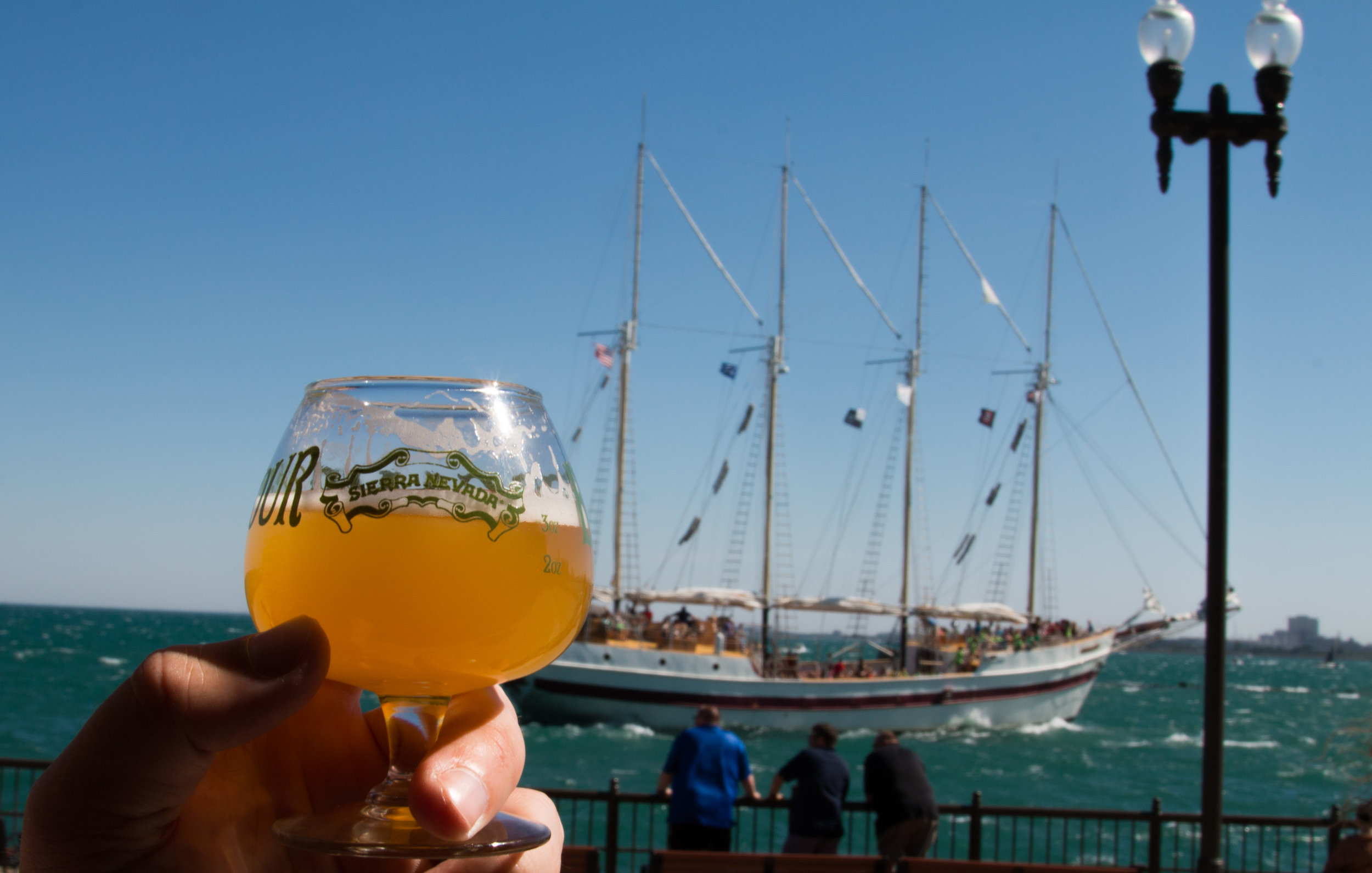 Though the event did not bring in a colossal number of breweries, we were still unable to try them all in the allotted time. The beers below were the standouts that represented the event with emphasis on creativity, a beer that paired well with the warm lake breeze, and/or a beer that was just done right. Please try all of these beers and share your thoughts with us as is in the true spirit of Beer Camp.

A complex gose that hints at raspberry and isn’t overly tart.

A solid red dominated by the traditional caramel and toffee flavors. A red done right.

A light sour that doesn’t make you pucker. With not much carbonation, it was an easy drinker.

Made with 14 different varieties of plums. Very tart upfront, but a good sipper with deep flavors.

A bright IPA with strong grapefruit notes. A solid IPA that doesn’t mess around.

An Imperial New England IPA that’s nice and juicy with prominent Citra hops. A NEIPA to put on your list.

A great pineapple flavor with a good body and a slightly hoppy finish. A fruit beer that definitely reminded us of the islands.

Hop Butcher For The World Watch for Falling Coconuts

A surprisingly well balanced coconut flavor that simply works. If coconut is your thing, look no further. A great find that blew us away.

Brewed with coriander, juniper berries, limes, and blended with tonic water. It really does taste like a gin and tonic.

A slightly sweet, smooth, and creamy dark wheat beer made in-part by one of the best wheat beer breweries in the world. 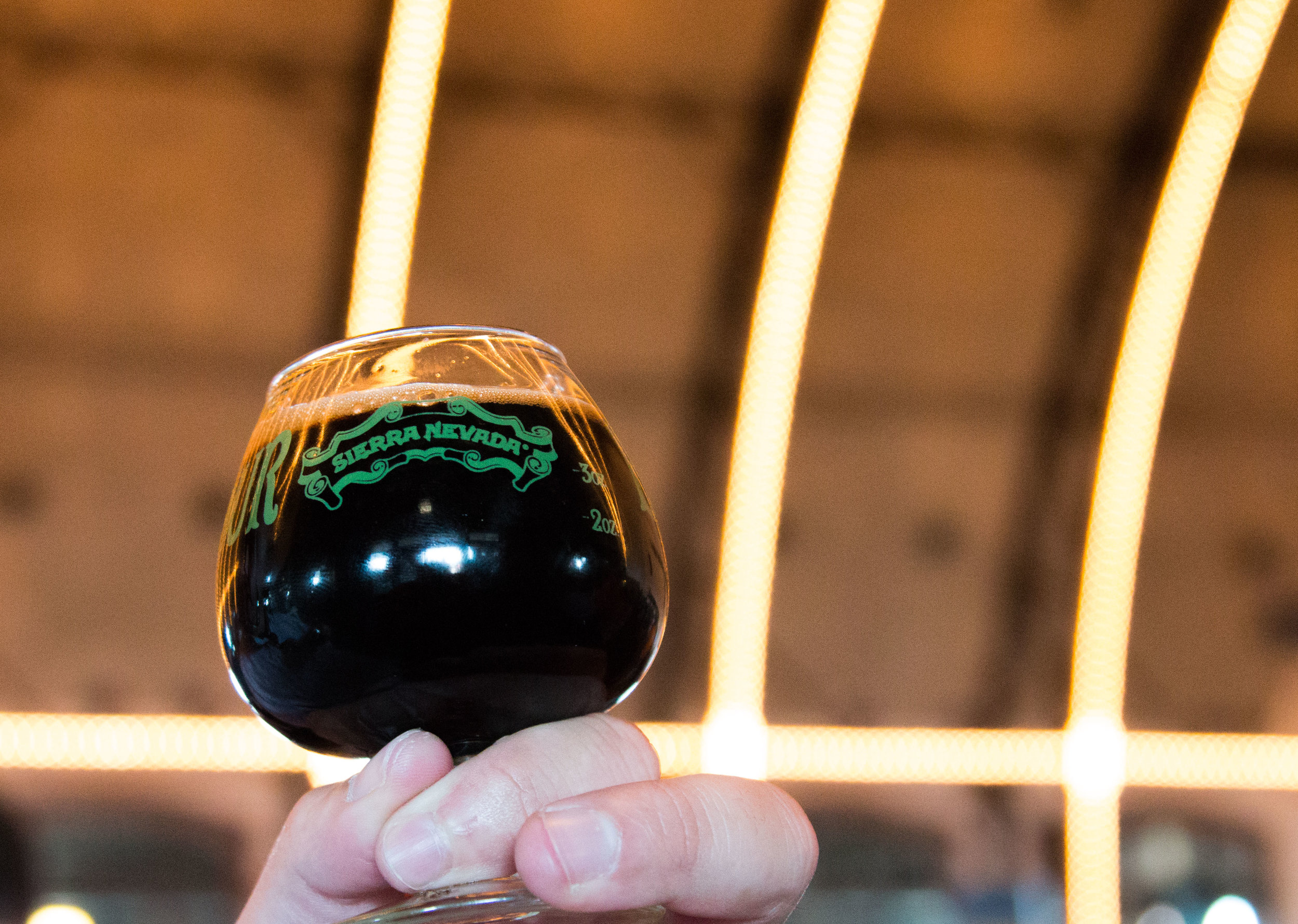 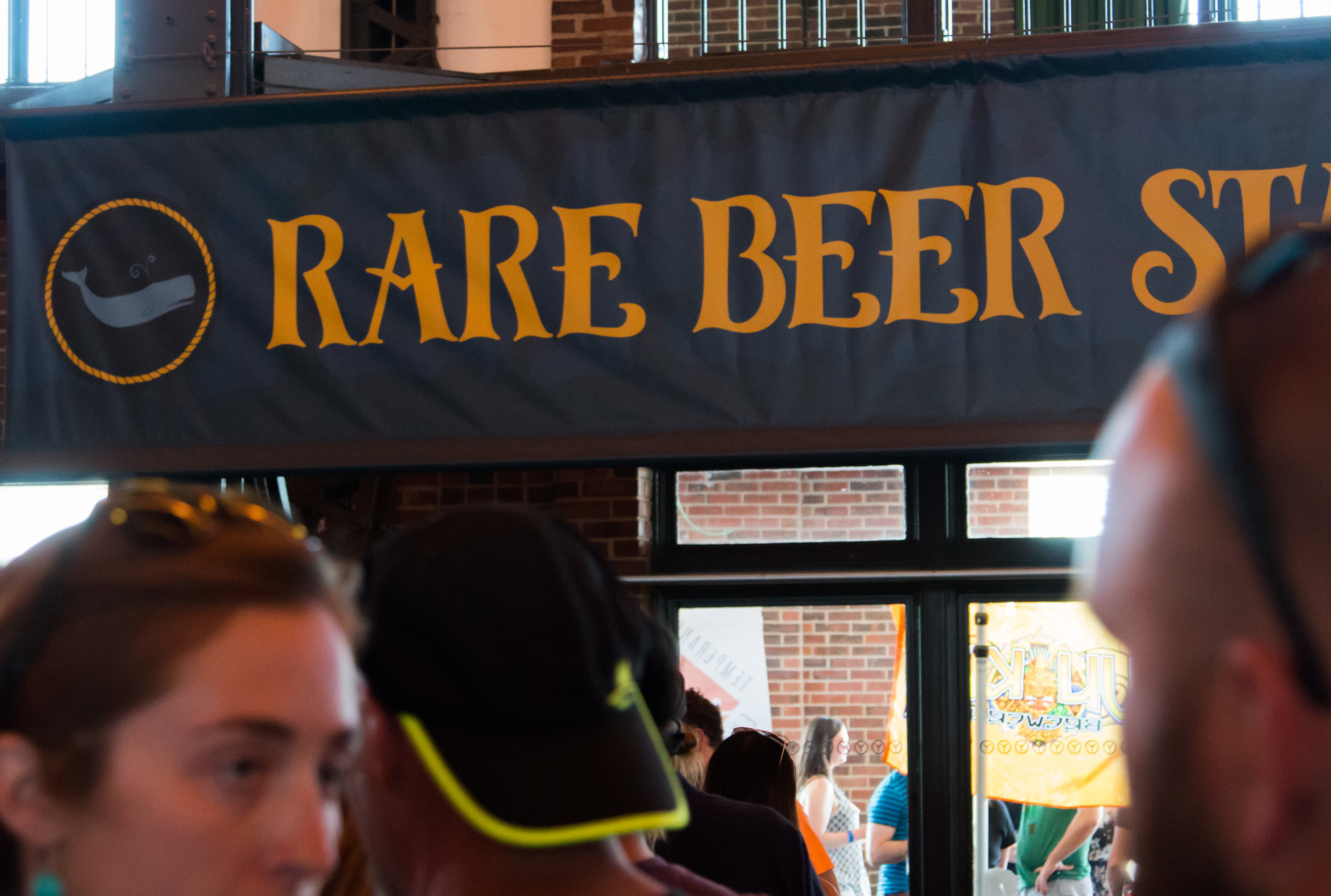 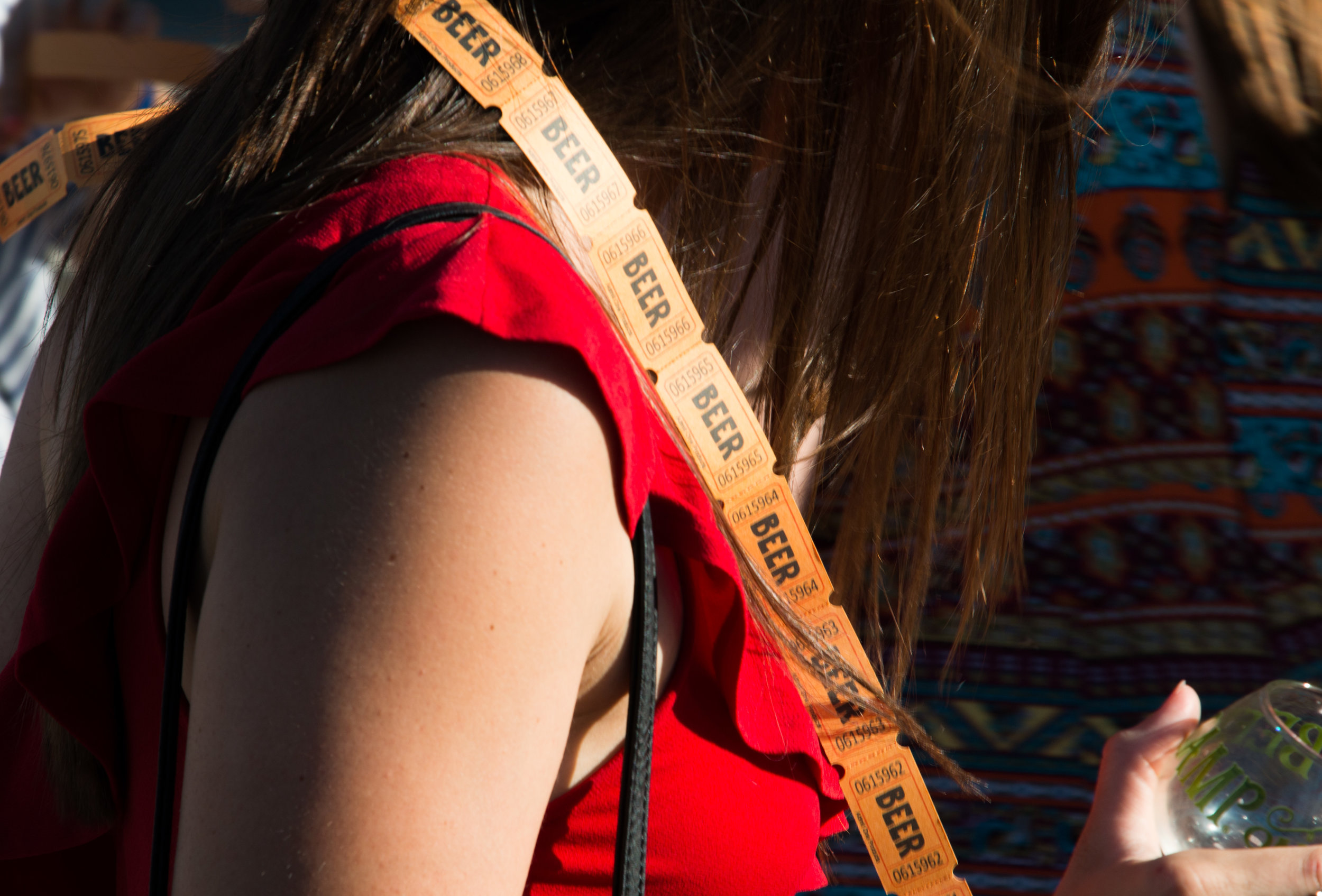 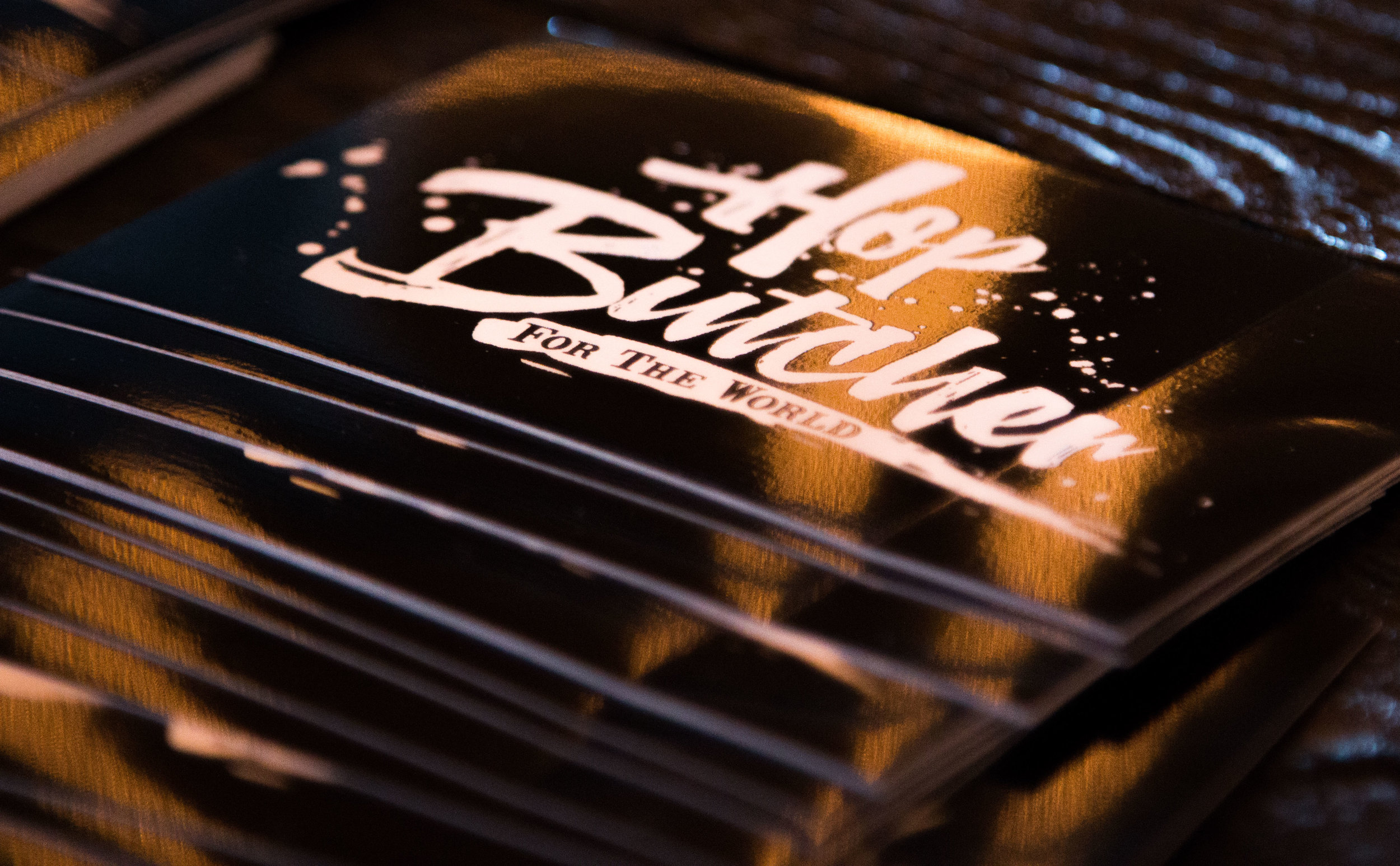 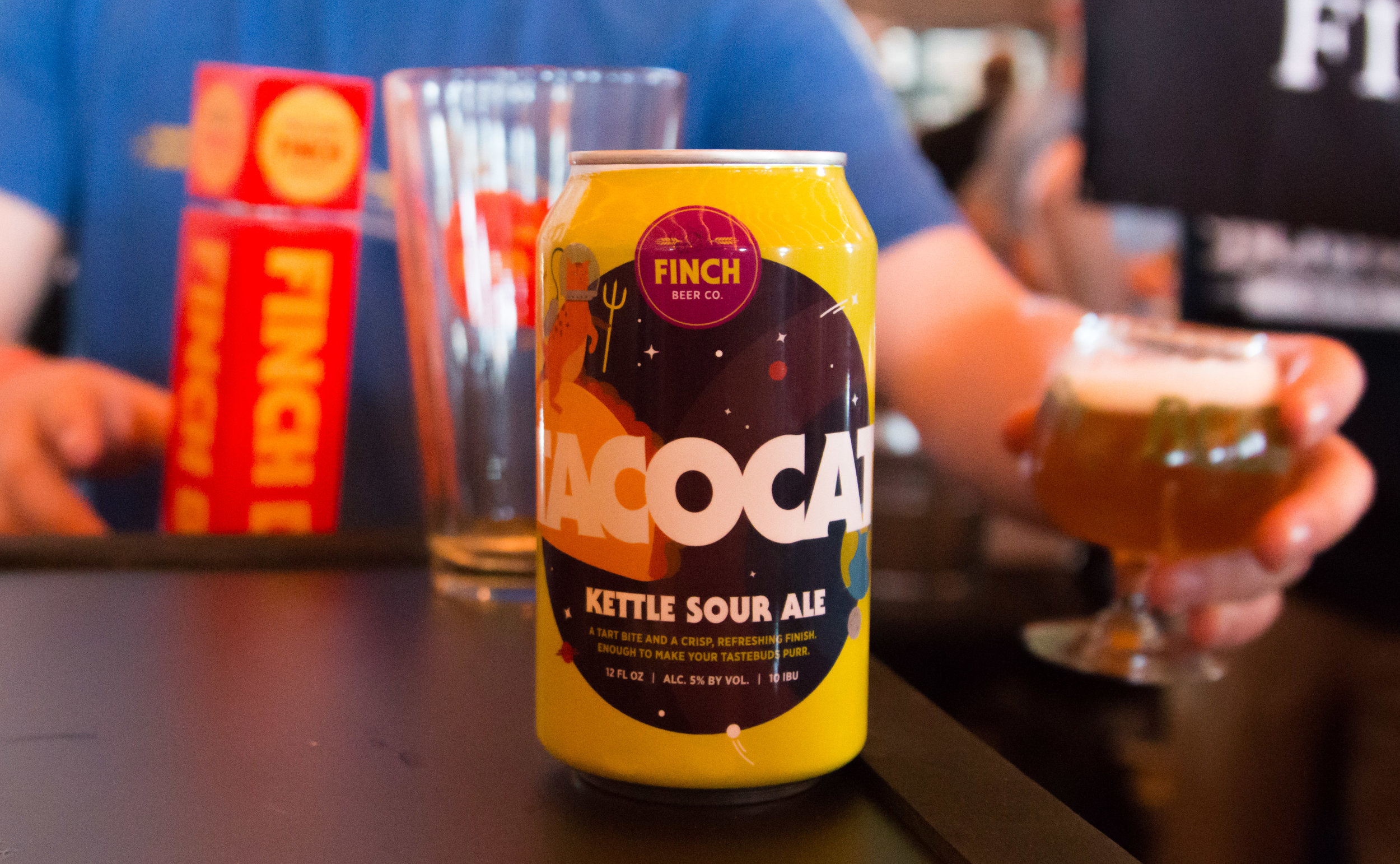 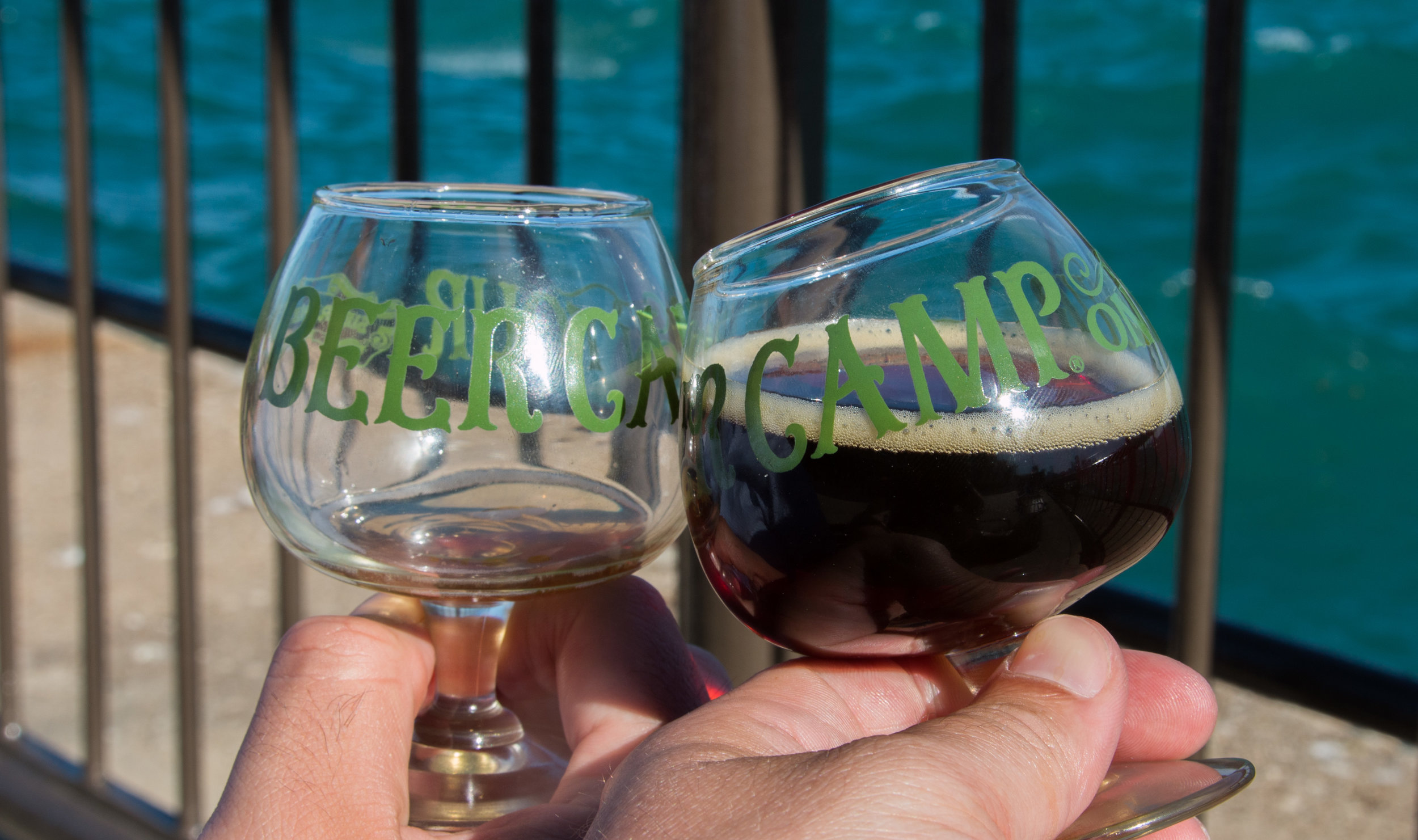 Authored & Photographed by Michael A. Hubatch, contributor for The Hop Review. Hubatch is a writer and photographer based in Chicago. This is his second piece in collaboration with The Hop Review, following last month’s DETOUR to Nashville’s Yazoo Brewing.