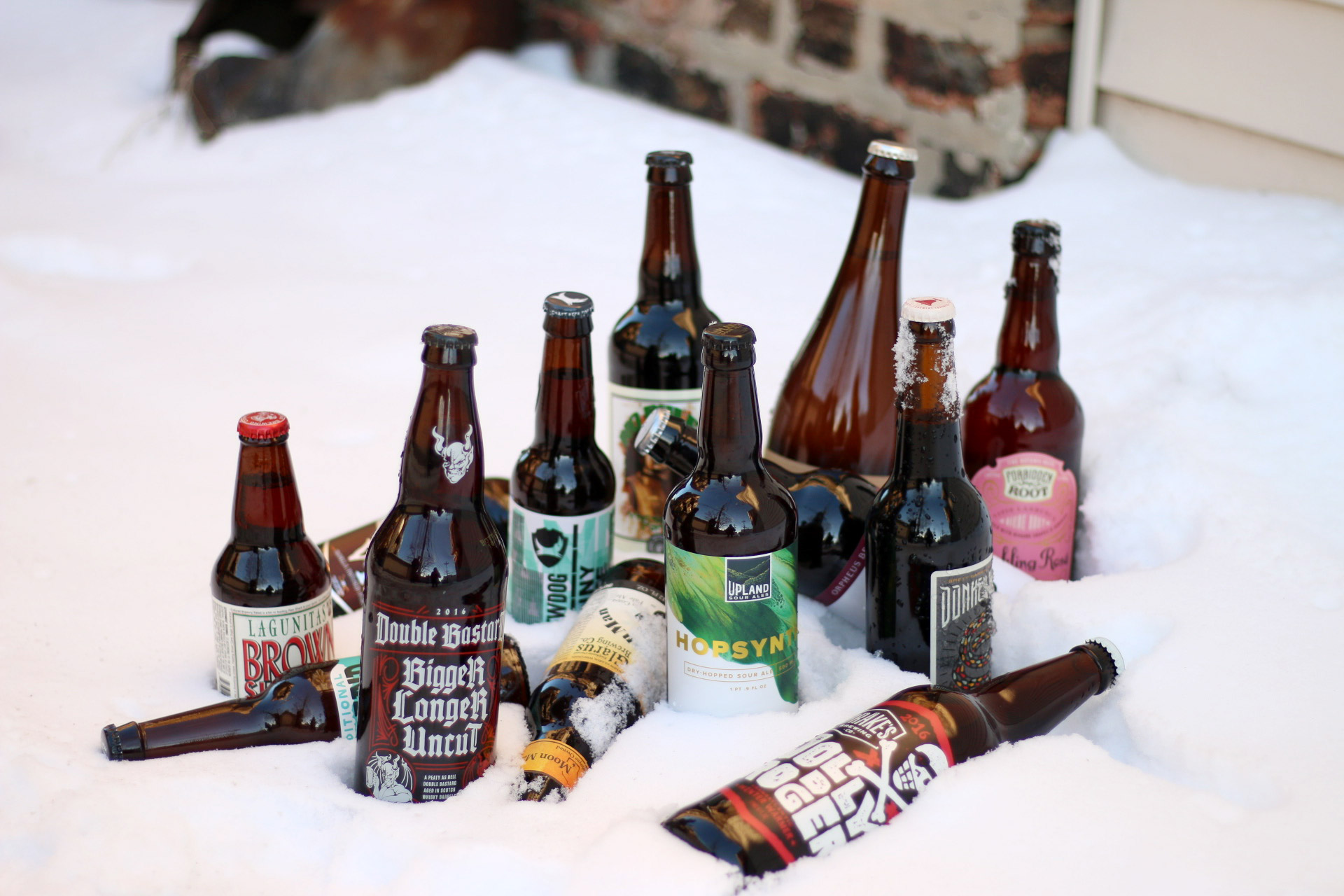 We’ve tasted through the following 14 beers for January and the New Year, and rated them according to our very own interpretation of the BJCP scoring guidelines, on a scale of 100 and listed in alphabetical order. We considered aroma, appearance, flavor, mouthfeel, overall impression and trueness to style. It’s not an exact science–we know this. We just don’t like to pass on the opportunity to drink…more beer. Cheers! 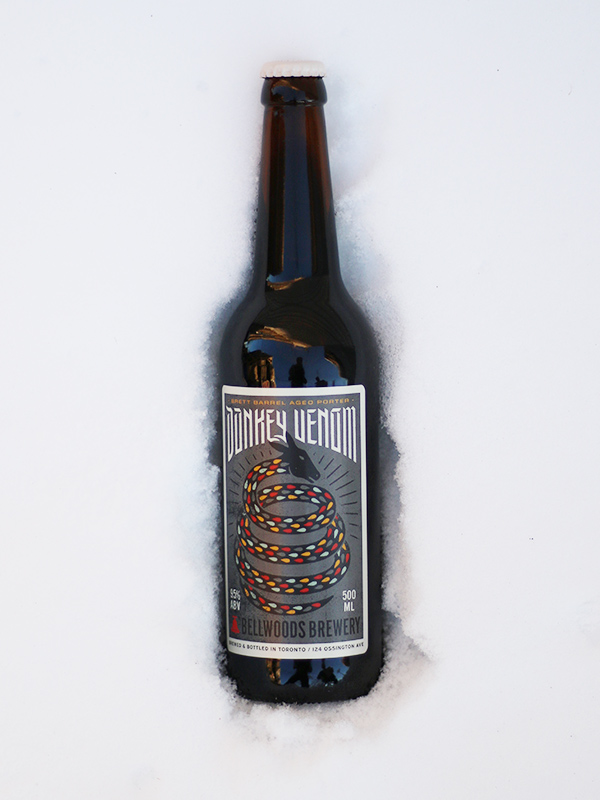 The first time I ever saw a Brett barrel-aged porter or stout was last year, on my visit to Toronto’s Bellwoods Brewery–they do a lot of funky Brettanomyces beers. Unfortunately, their take on this dark style was a miss in my book. It was tingingly tart, combined with the woodiness and heat of a BA beer…as a porter. I wanted so much to like this one, but couldn’t find the way. That illustration though: on point. 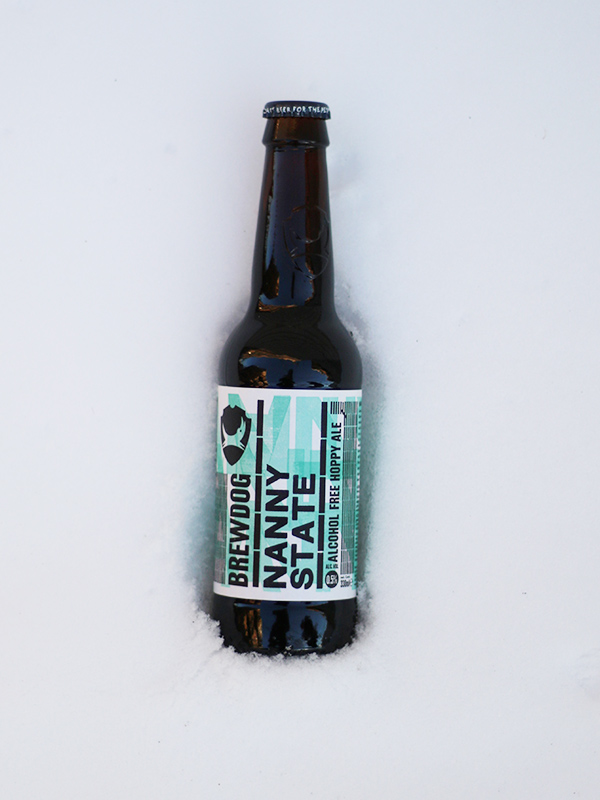 Most brewers would agree that it is harder to brew a light, clean beer, than a big 10% imperial stout; it’s much harder to hide your mistakes. So when BrewDog set out to make a “non-alcoholic” beer that still delivers on the flavors of a craft pale ale, they knew they were in for an uphill battle. Nanny State delivers on the hoppiness you would expect from a dry hopped pale ale–but with no malt back bone to support the aggressive hopping, you are essentially drinking hop water. 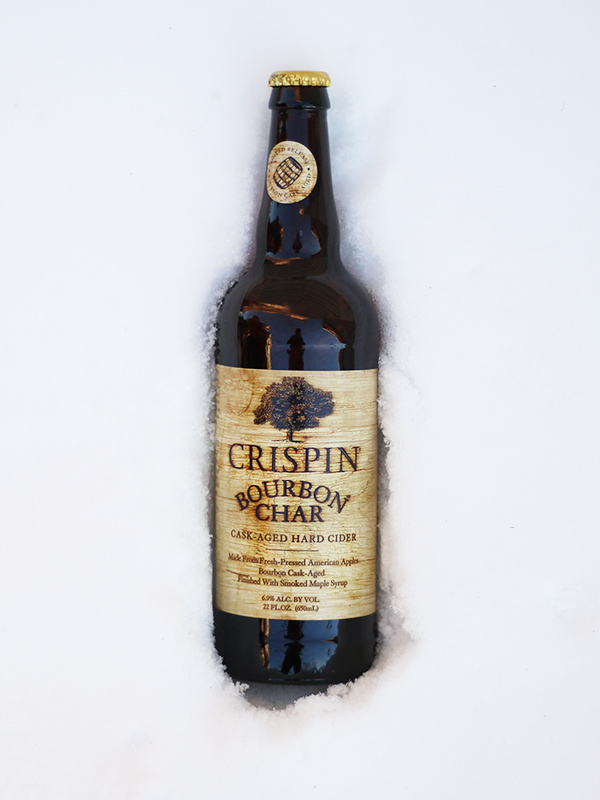 This is a really refreshing twist on the often unbearably back sweetened offerings typically associated with Crispin cider. While sweetness is still evident, there’s a complex bourbon maple taste up front, followed immediately by just a hint of smoke. Cider often doesn’t have the backbone to adequately stand up to bourbon barrel-aging but this one is better than expected. Worth a try for the cider-beer crossover drinker in your life. 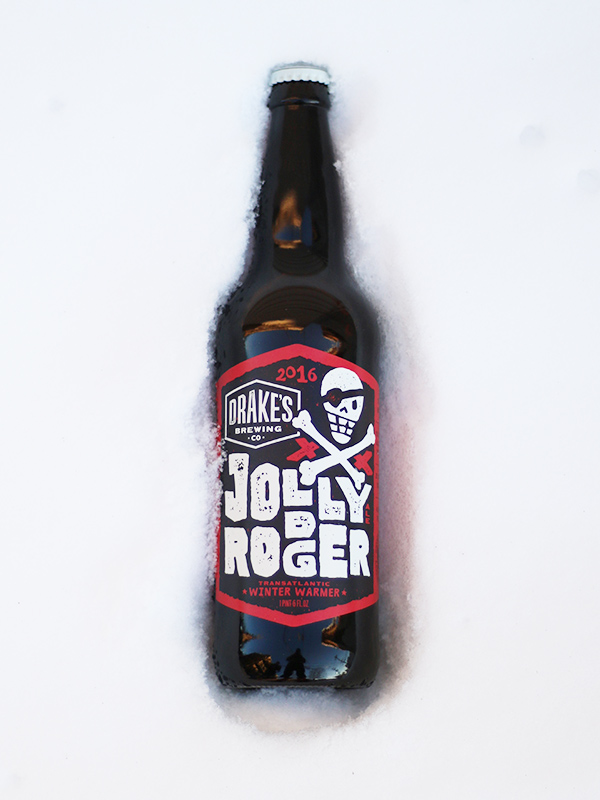 This San Francisco Bay Area brewer concocts a new recipe for Jolly Rodger each year. This year’s edition is a “Transatlantic Winter Warmer.” While we’re not sure exactly what that is, we do know it features big Quad like characteristics of figs, candied citrus, and caramel. At 10% ABV, you’d expect a sipper, but a subdued winter spice makes it surprisingly palatable. Definitely one for a long winter night by the fireplace. 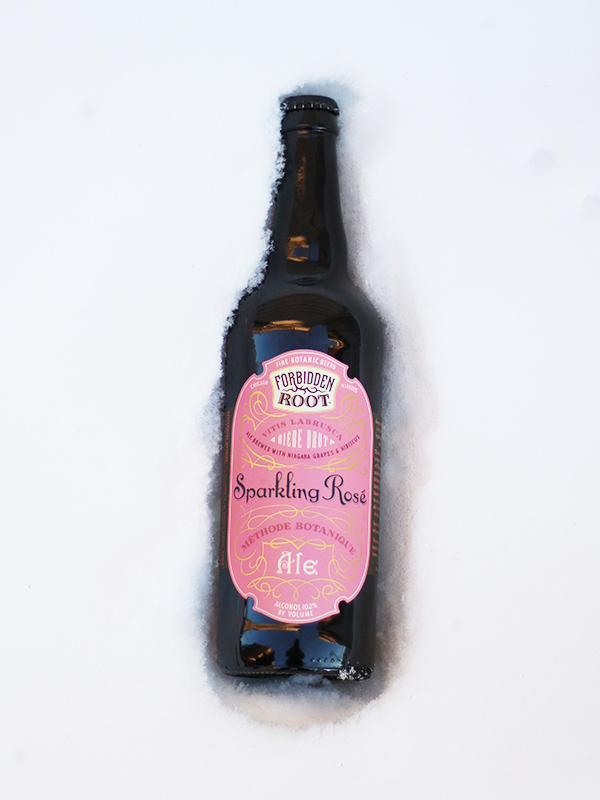 New Years has come and gone, but the next time you need to bring a bottle of bubbly to a celebration, we highly recommend the botanical brewery, Forbidden Root’s Sparkling Rosé. Brewed with grapes and hibiscus, this Belgian ale shines a beautiful blush hue with aromas of white wine and yeasty esters. This spritzy brew finishes dry and leaves flavors of sweet pale malts, Belgian yeast, and a hint of hibiscus. It’s sneaky at 10.2% ABV, so tread lightly. Or don’t, and go full white girl wasted. 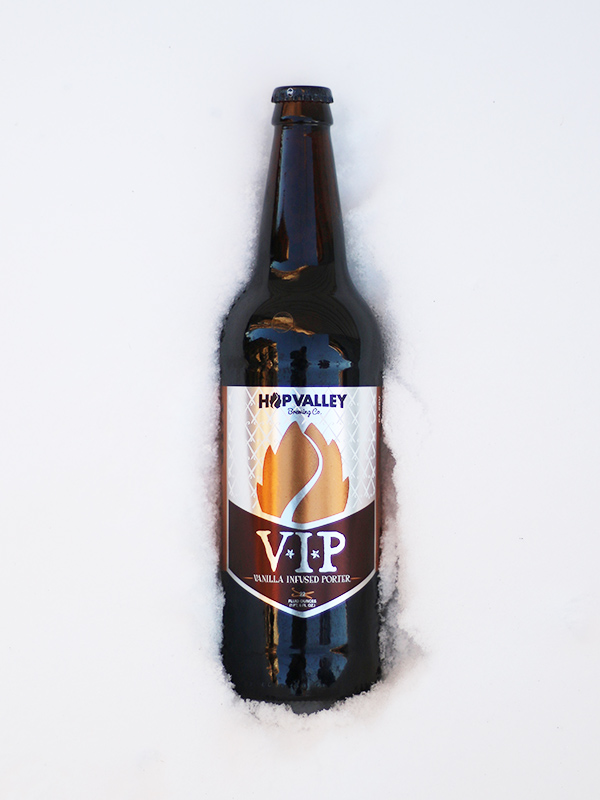 Oregon’s Hop Valley makes some really great pales, so the chance to try this vanilla infused porter, in contrast, was exciting. The vanilla was certainly present, but almost barely so–tasting a bit thinned out. Still a perfectly pleasant beer, but at 5.9%, not the winter warmer dessert beer I was hoping for. Head elsewhere for that warm, boozey, sweet vanilla punch if that’s what you’re looking for. Grab for this if it’s an easy drinker you seek. 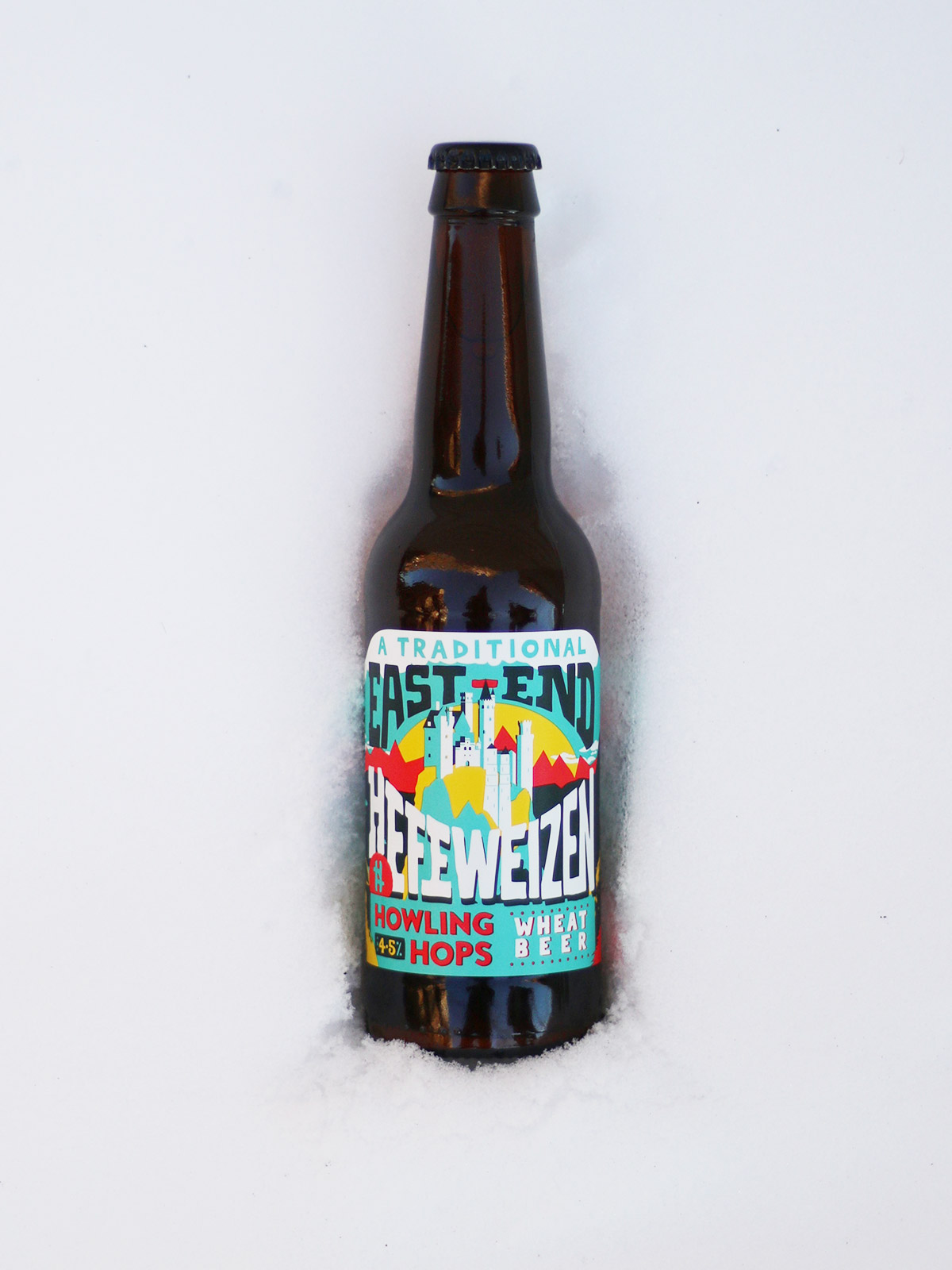 The East End Hefeweizen is one of only a few beers from London’s Howling Hops that isn’t a distinctly hop-forward offering. On a list of juicy IPAs, DIPAs and even slightly hoppier browns, this one stands out as a respite to the piney and the citrusy. It drinks really light and airy, with the subtle hint of clove and bubblegum that you look for in a hef. Still, it doesn’t quite stack up to its German cousins. 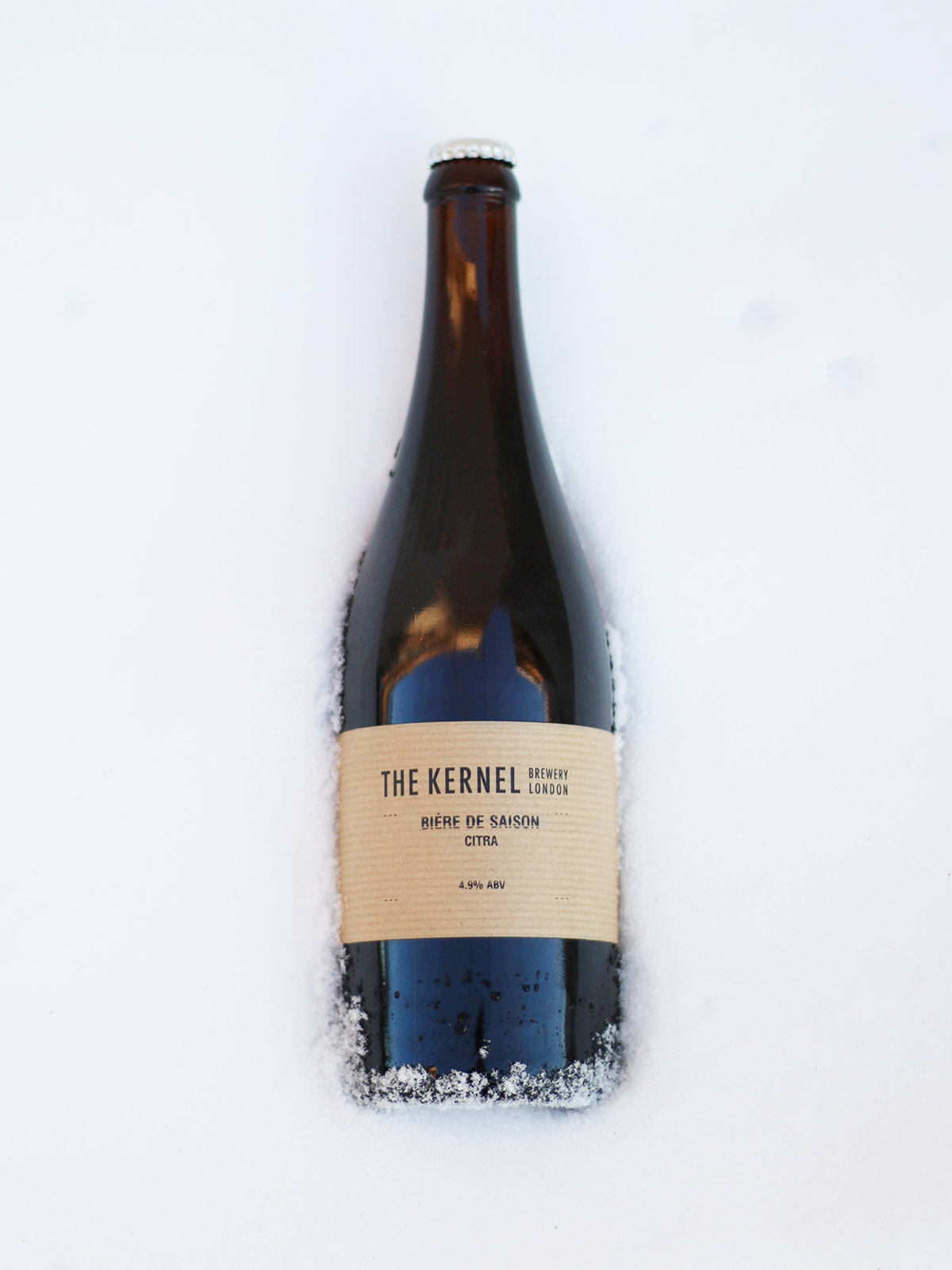 The first time I had this beer, I remembered it being just…fantastic. But I wasn’t sure if that was influenced by the situation, drinking it alongside brewer/founder Evin O’Riordan in the East London brewery’s cavernous space. However, a second pass at this hopped saison proved its value. This beer is, simply put, beautiful. It’s citrusy, peppery, slightly tart, bready and just all around clean and bright. If you can get your hands on this, I suggest doing so. 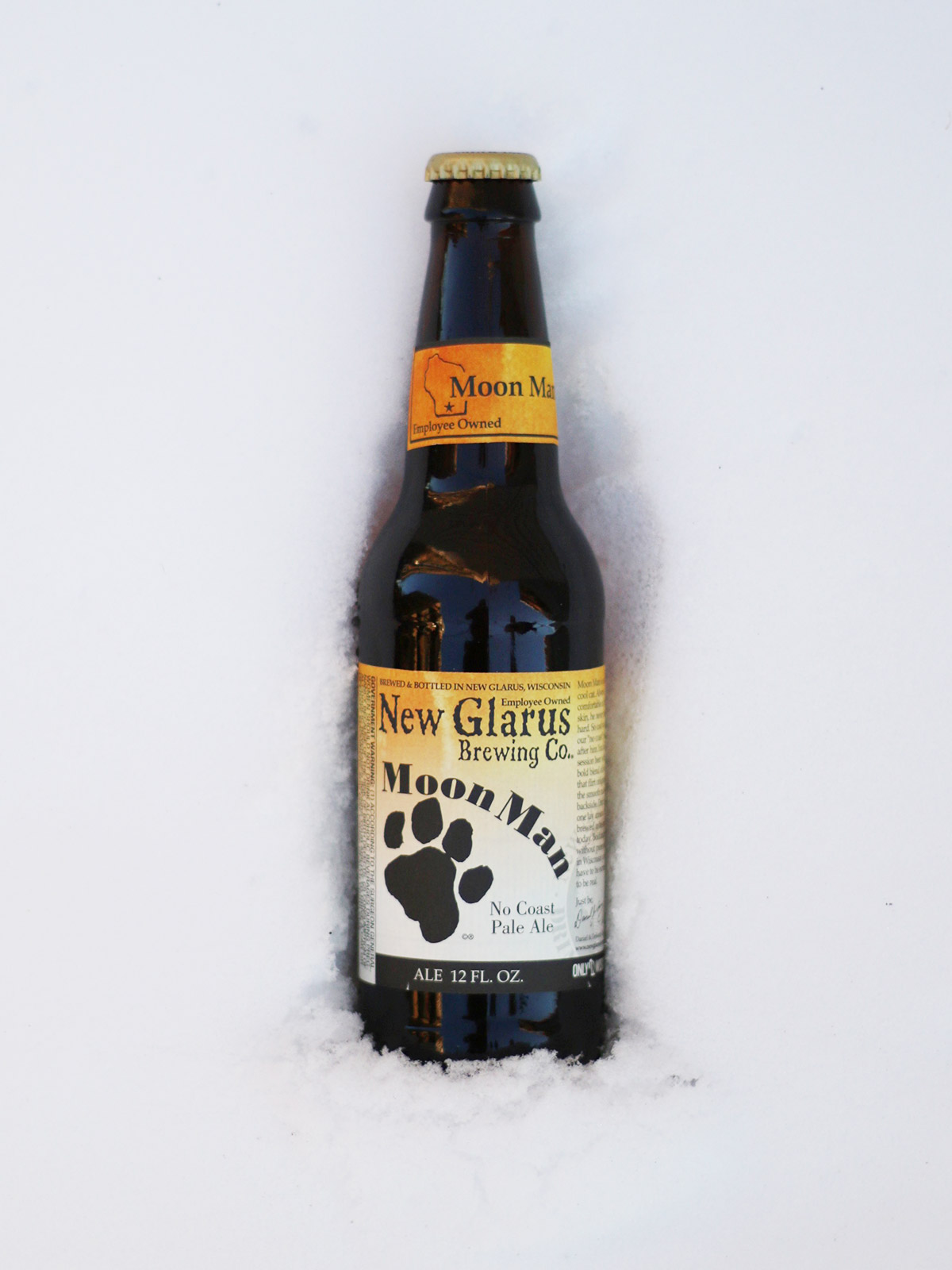 Fun fact, Moon Man is named after former New Glarus and current Goose Island brewmaster Jared Jankowski’s cat. As for the beer, it claims no coast, and it is hard to determine if trying to take the middle road works against this Wisconsin pale ale. Delicious? Yes, especially when fresh. Crushable? Definitely. And yet, it feels as if there is something missing, leaving you wanting more. But maybe that was the point all along. 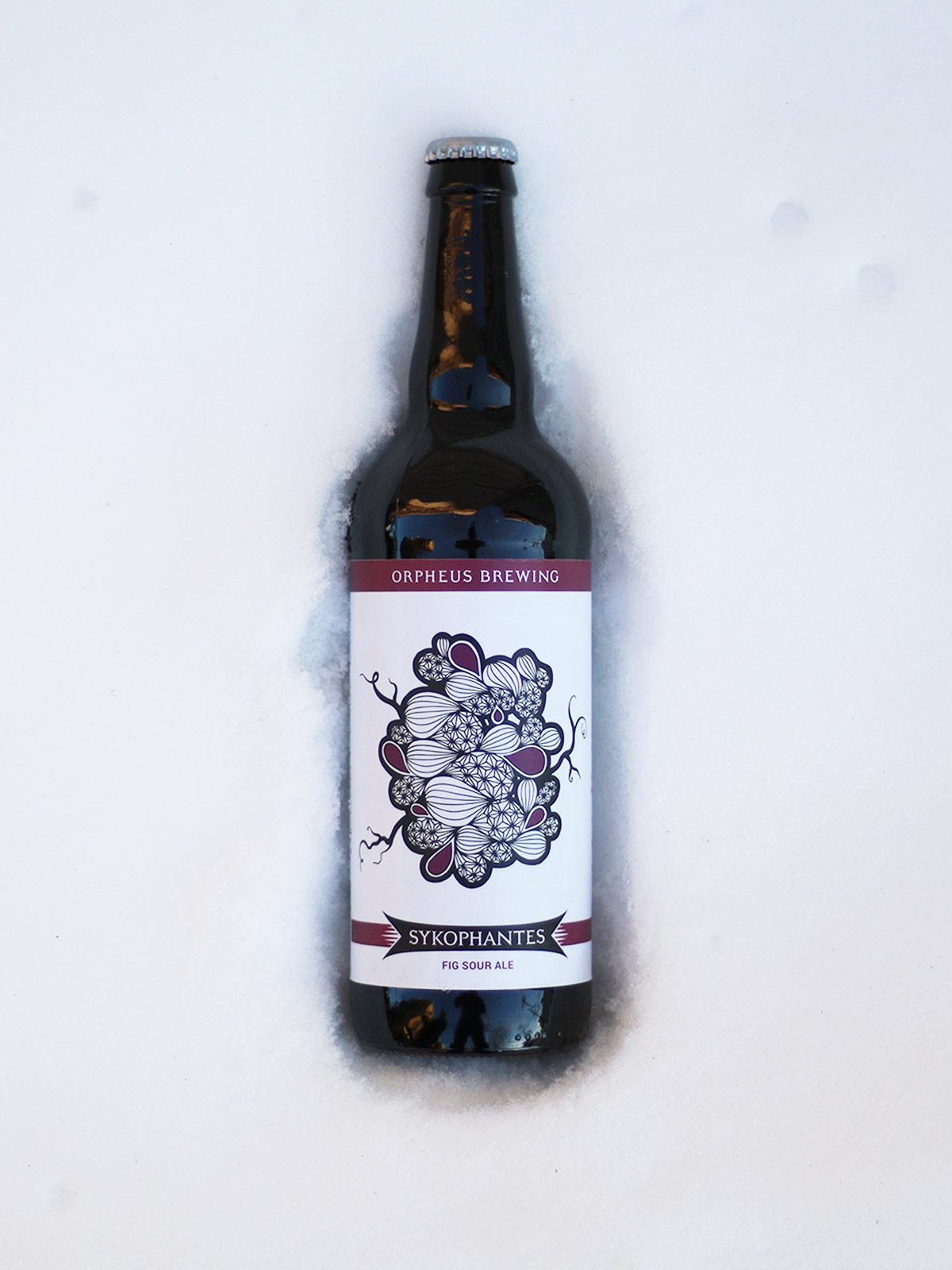 The fig in present through all phases of this sour ale that is reminiscent of an Oud Bruin. Aromas of deep dark fruits, rich malts, an apparent tartness, and a hint of balsamic vinegar on the nose sets the table. The taste mirrors the aroma, more fig (but not in a way that is gimmicky), sweet caramel malt, and nice acidity to balance out the sweetness. The beer has body, but a dry finish creates a very enjoyable drinking experience, and leaves you wanting more. 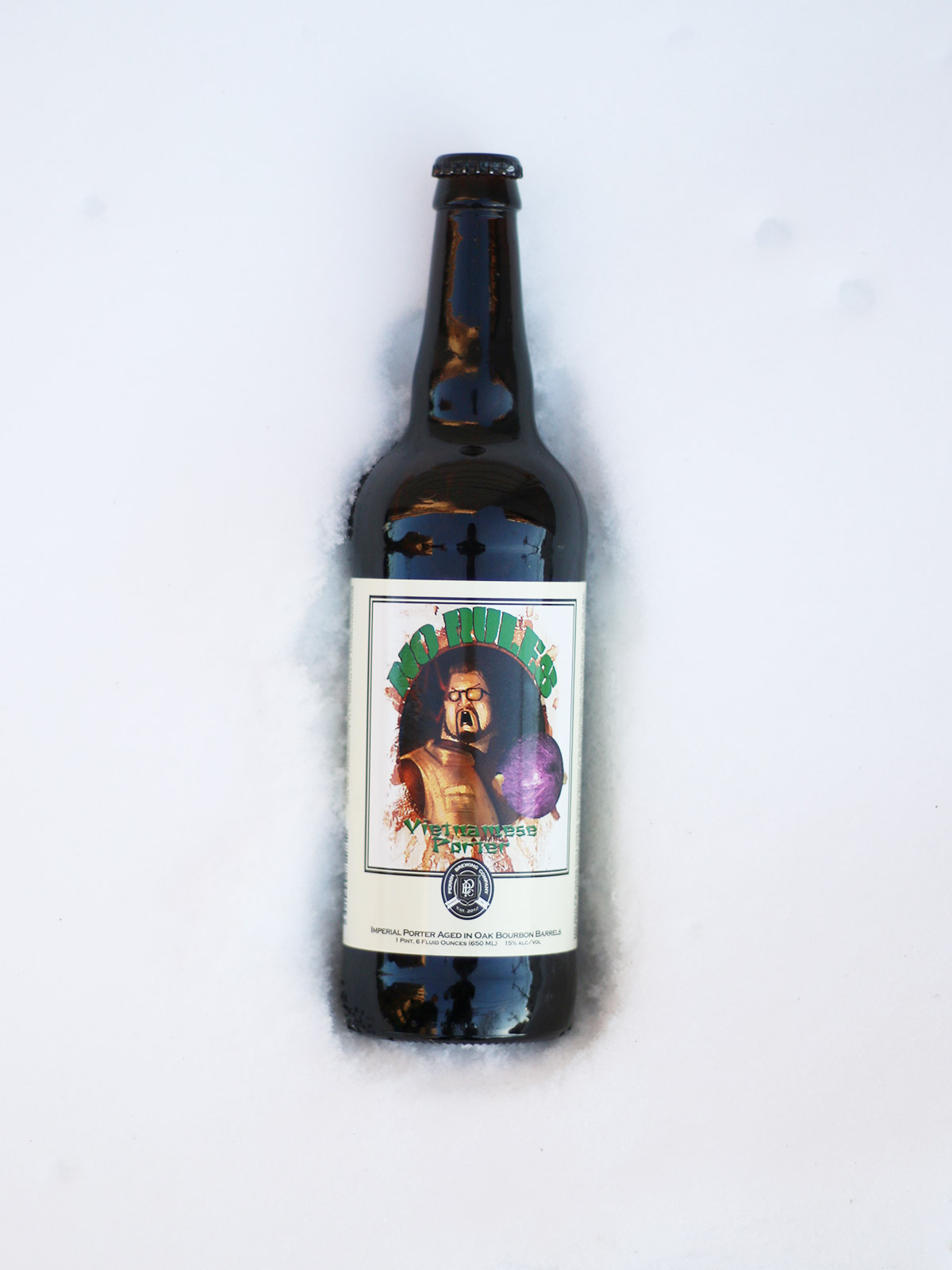 For some reason, this beer seemed to be one that presented confusion from outside appearance–I simply wasn’t sure of its intent. The style, the Big Lebowski illustration… I just wasn’t sure what to expect. But upon first sip, this Vietnamese Porter’s layered complexity presented itself immediately. It’s suprememly boozey and dense, with a maple syrup meets coconut profile. Certainly one of the more intriguing beers in recent memory. Grab for this one. 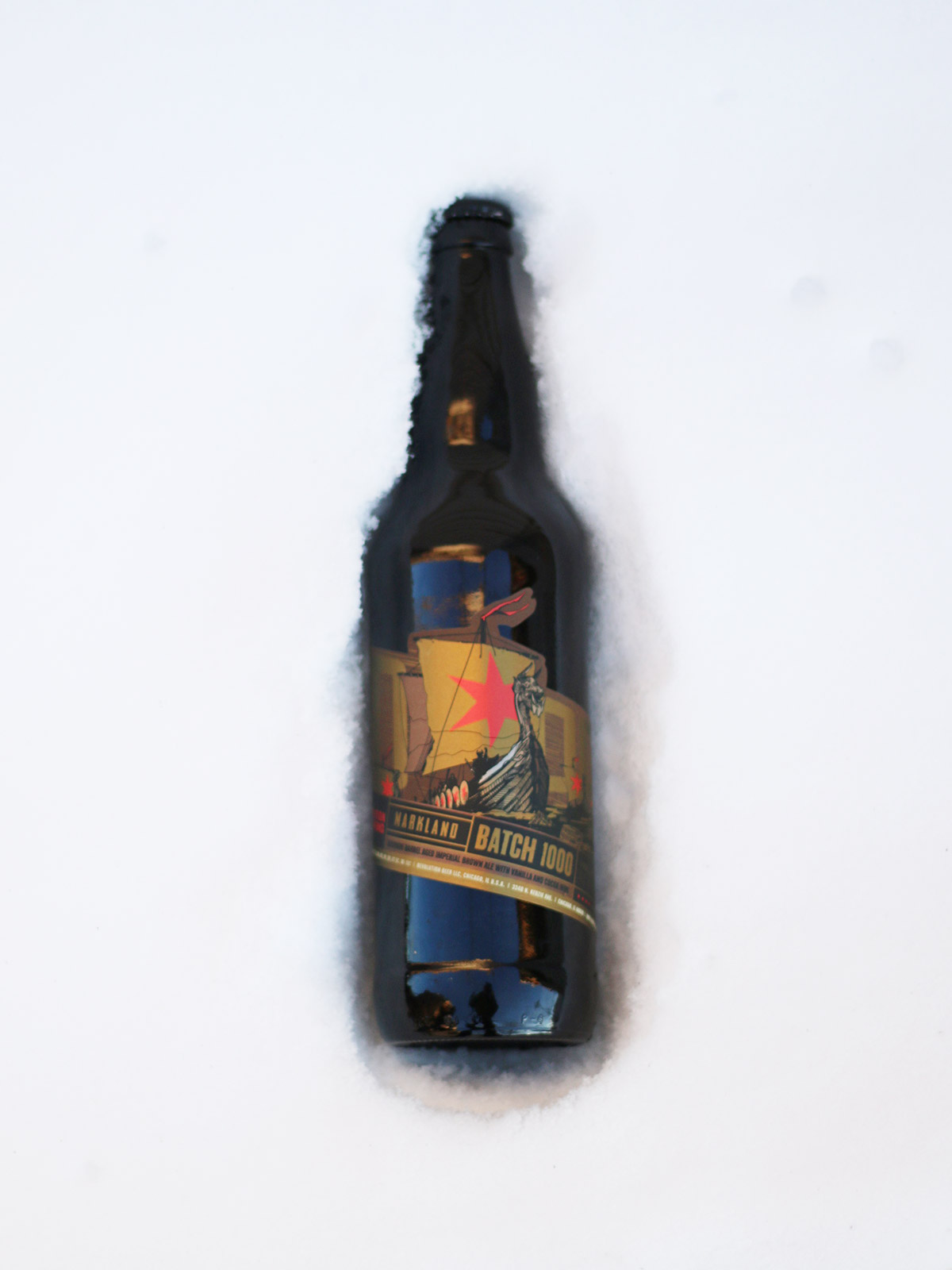 The 1000th batch from our best brewery of 2016 doesn’t disappoint. Markland, the bourbon barrel aged Imperial Brown variant of the milestone brew features huge vanilla and dark bitter chocolate flavor right up front. The bourbon is obvious here and the 13.8% ABV tends to overwhelm the lighter bodied brown ale backbone. A really nice dessert beer but sit on this one for at least another year if you’re lucky enough to have a bottle in your cellar. 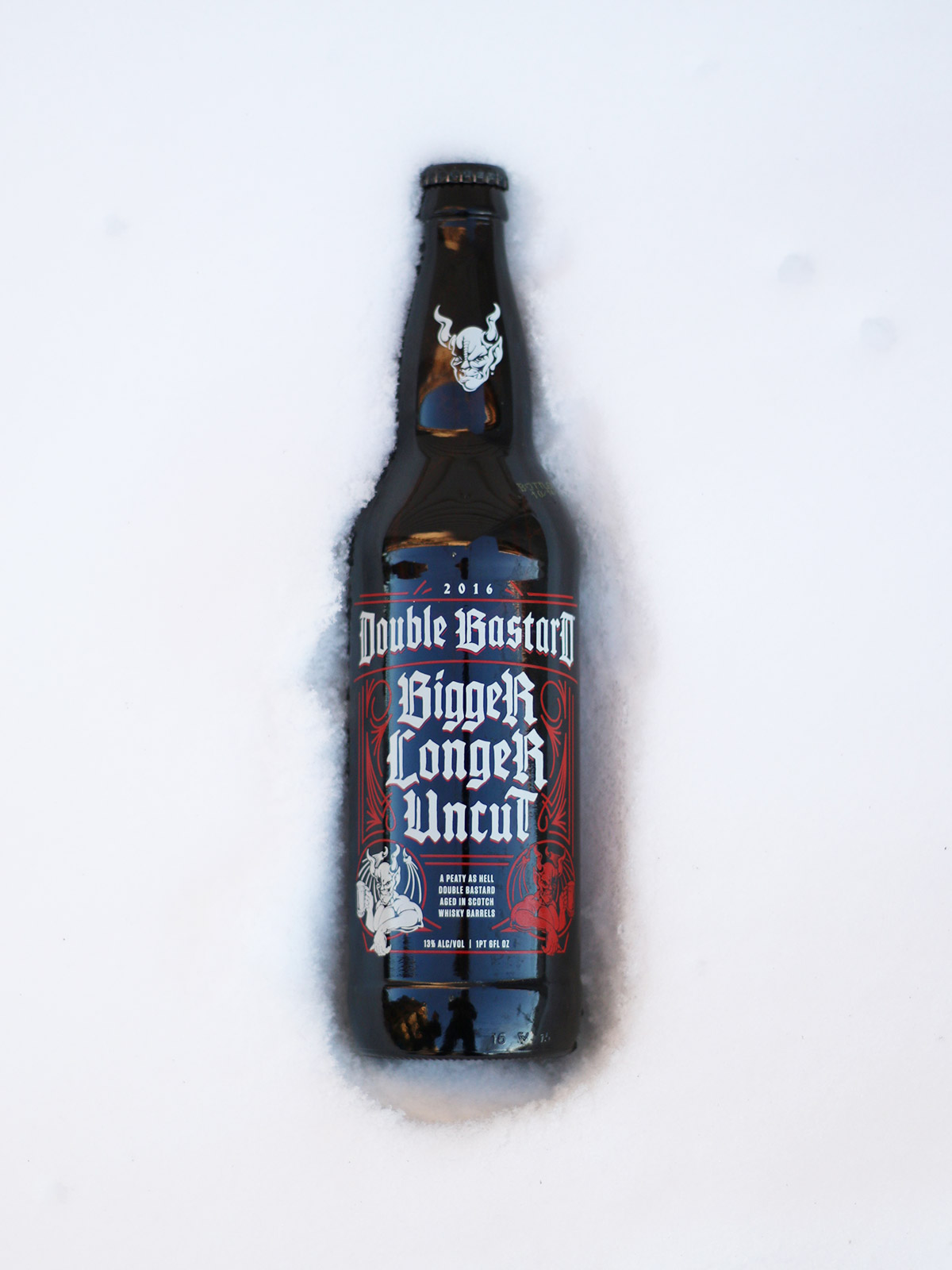 Scotch, scotch, scotch. It is almost hard to find the beer at first in this unapologetic scotch whiskey barrel aged beer. The bottle boast “peaty as hell”, and there really is few other words to describe it. Peat in the nose and peat on the tongue. The base beer, Double Bastard, holds up well against the aggressive barrel aging with sweet caramel malts and enough heat from the 13% alcohol. This brew is not for everyone, but any fan of scotch will really dig this cold night sipper. 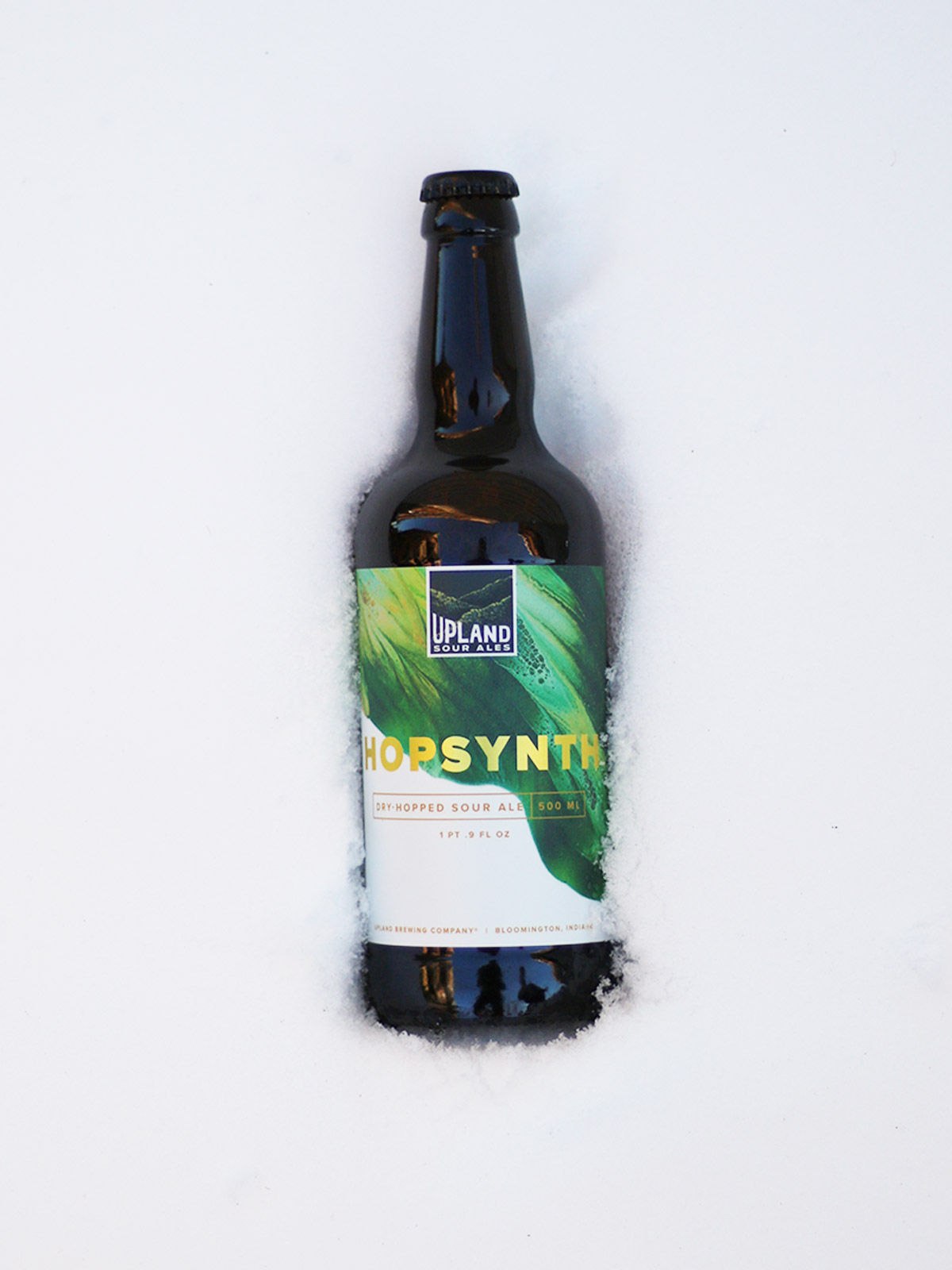 This new one out of Upland’s famed Sour Ales lineup is a nice break from the traditional tart offerings. Hopsynth is dry-hopped as its name suggests, and that alone mellows out the acidity of typical sour. It pours a straw yellow and drinks a grassy, funky, juicy flavor. It’s all around pleasant, and another great sour for getting folks who just ‘aren’t fans of sours’ into sours. Plus, with this new format, its perfect for sharing.