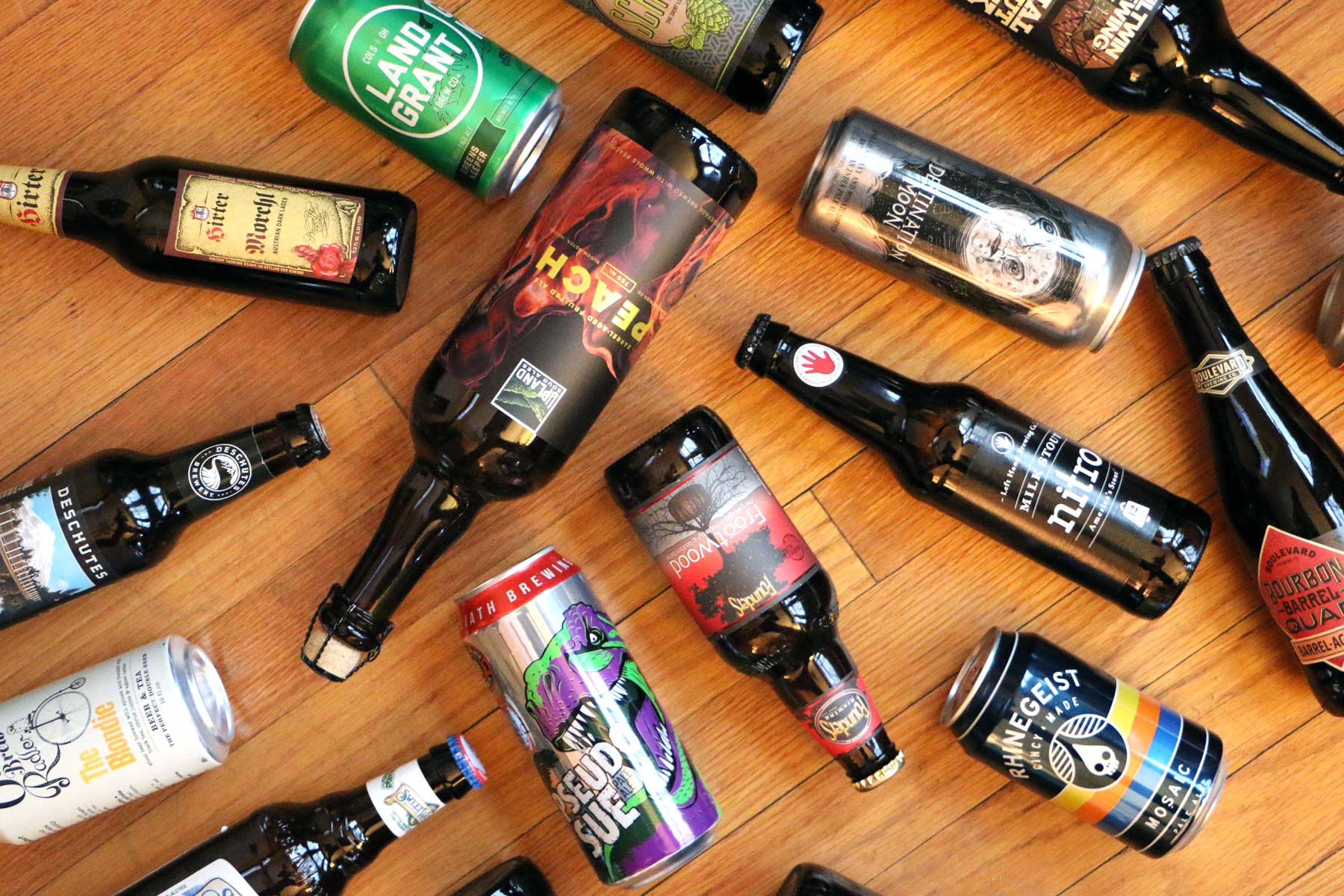 We’ve tasted through the following 20 beers for March, and rated them according to our very own interpretation of the BJCP scoring guidelines, on a scale of 100 and listed in alphabetical order. We considered aroma, appearance, flavor, mouthfeel, overall impression and trueness to style. It’s not an exact science–we know this. We just don’t like to pass on the opportunity to drink…more beer. Cheers! 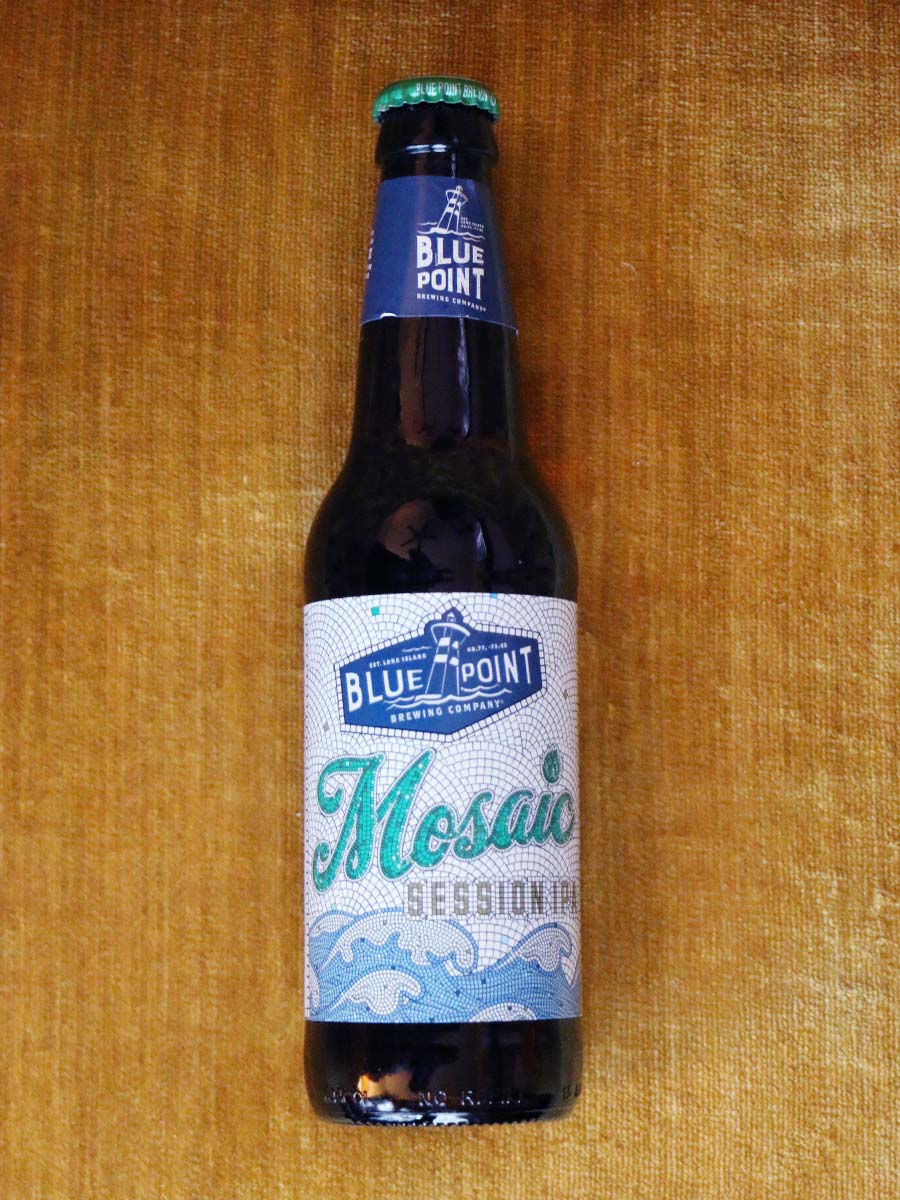 Crisp and clean was the brewer’s obvious goal here, and that 4.8% ABV is definitely enticing if you’re planning to drink for the long-haul. Cracker-like malt shows first, followed by a decent bite and berry aroma from the Mosaic hops. But that’s about it for this one. The body just isn’t there and we’ve had much more appetizing sessionable IPA’s. While we could easily drink two or three of these, we’d likely choose one of the other low-ABV hoppy options out there. 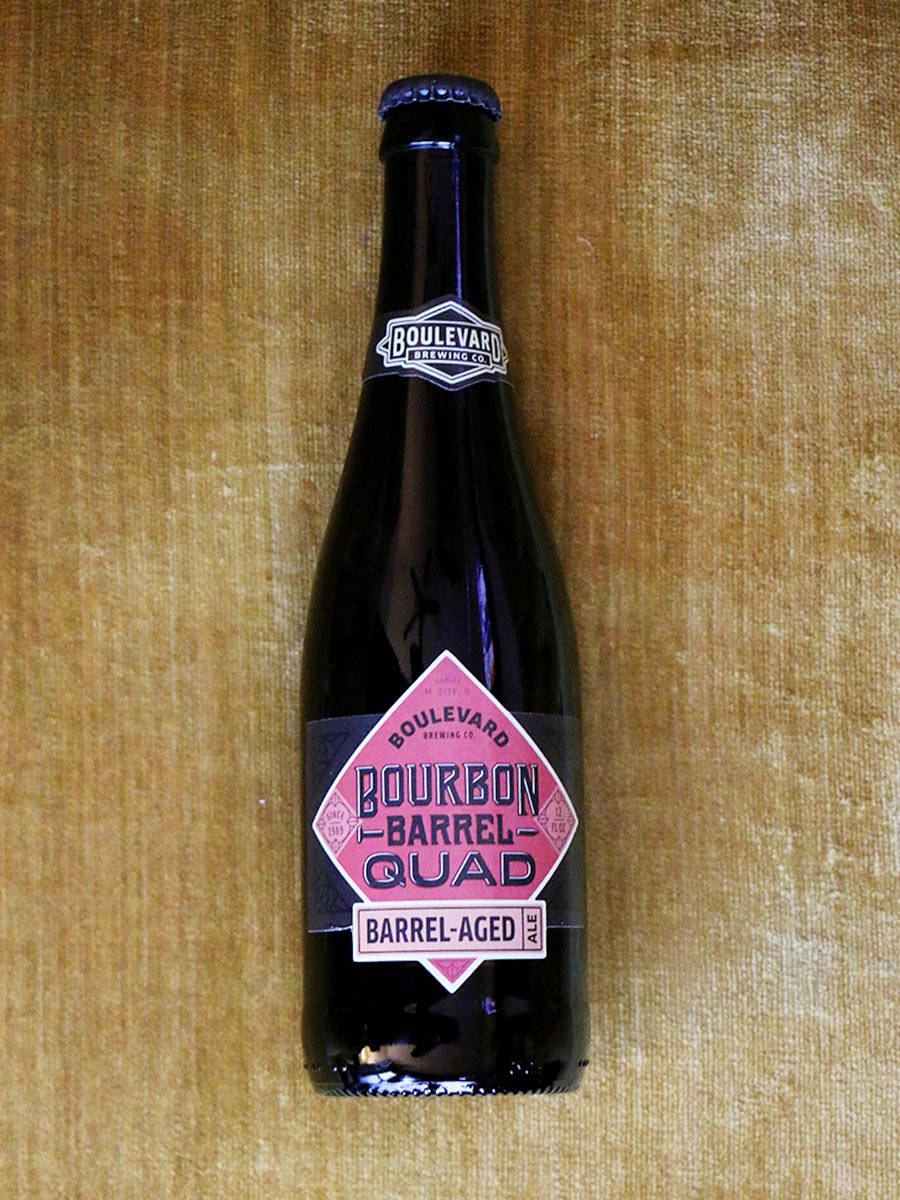 At 11.8% ABV, this quad drinks much lower than it hints. It pours a beautiful toffee color, which is fitting since that is one its showcased flavors you’ll get when you go in for a sip. And despite the toffee-y profile, this quad is still relatively not-too-sweet. And for a bourbon barrel-aged beer, it carries virtually no heat. All around, this one drinks pretty mellow, and that’s in no way a bad thing. This would be a beer that could convert those who typically don’t reach for barrel-aged beers. 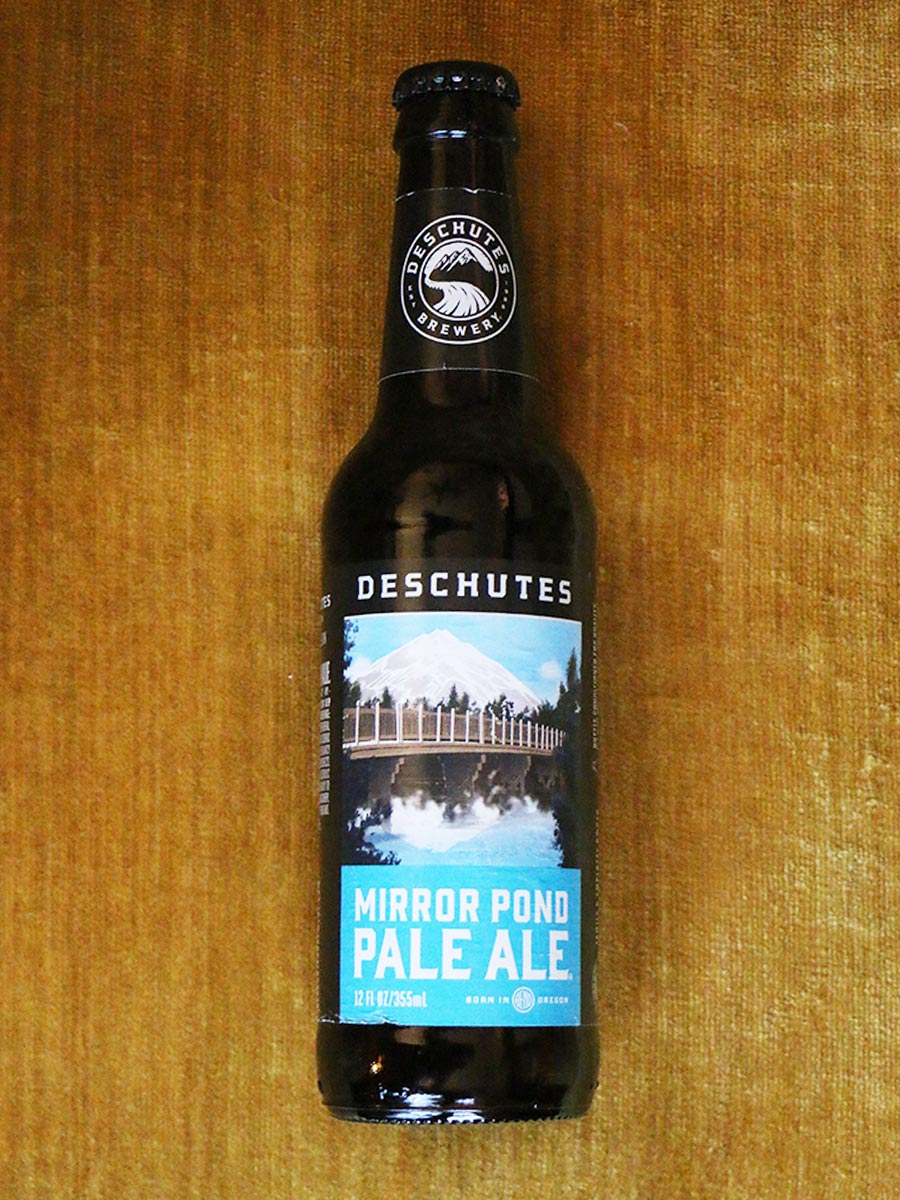 Tried and true, Mirror Pond has been one of the most consistent pale ales out there since ’88. Perfectly balanced, with a slightly sweet nose and a subdued citrus hop taste with just enough caramel malt sweetness to even it out. While you’re unlikely to see people get excited about this one nowadays, it’s beers like this we want to drink all day. 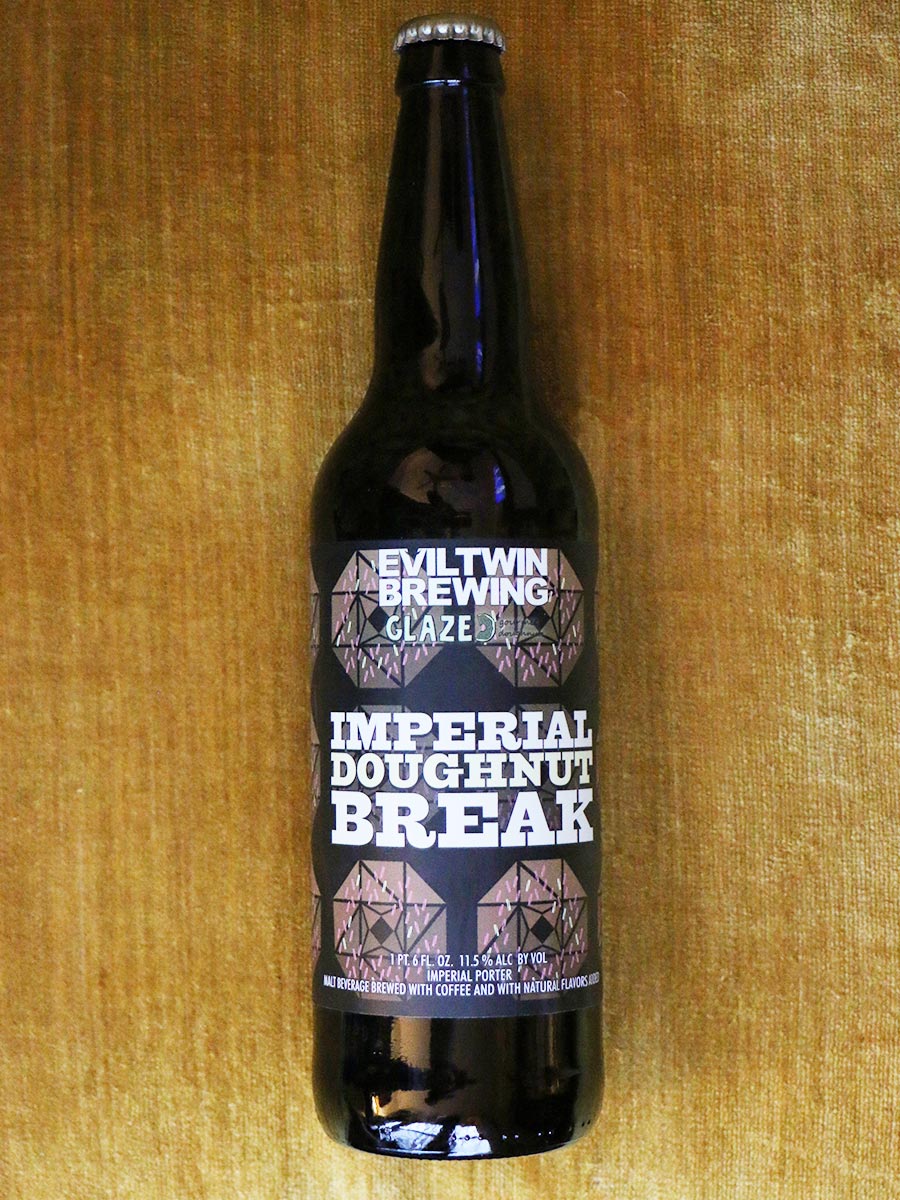 Piggybacking on the success of their Boscotti Break Stout, Evil Twin brought this imperial porter into their lineup a few years back. Given my love for donuts, I was really excited to crack into this one. However, I was a bit surprised–it wasn’t as decadent as I’d expected. Sure, there’s the sweetness you’d expect from a porter, but the heat and bitter coffee dominate. 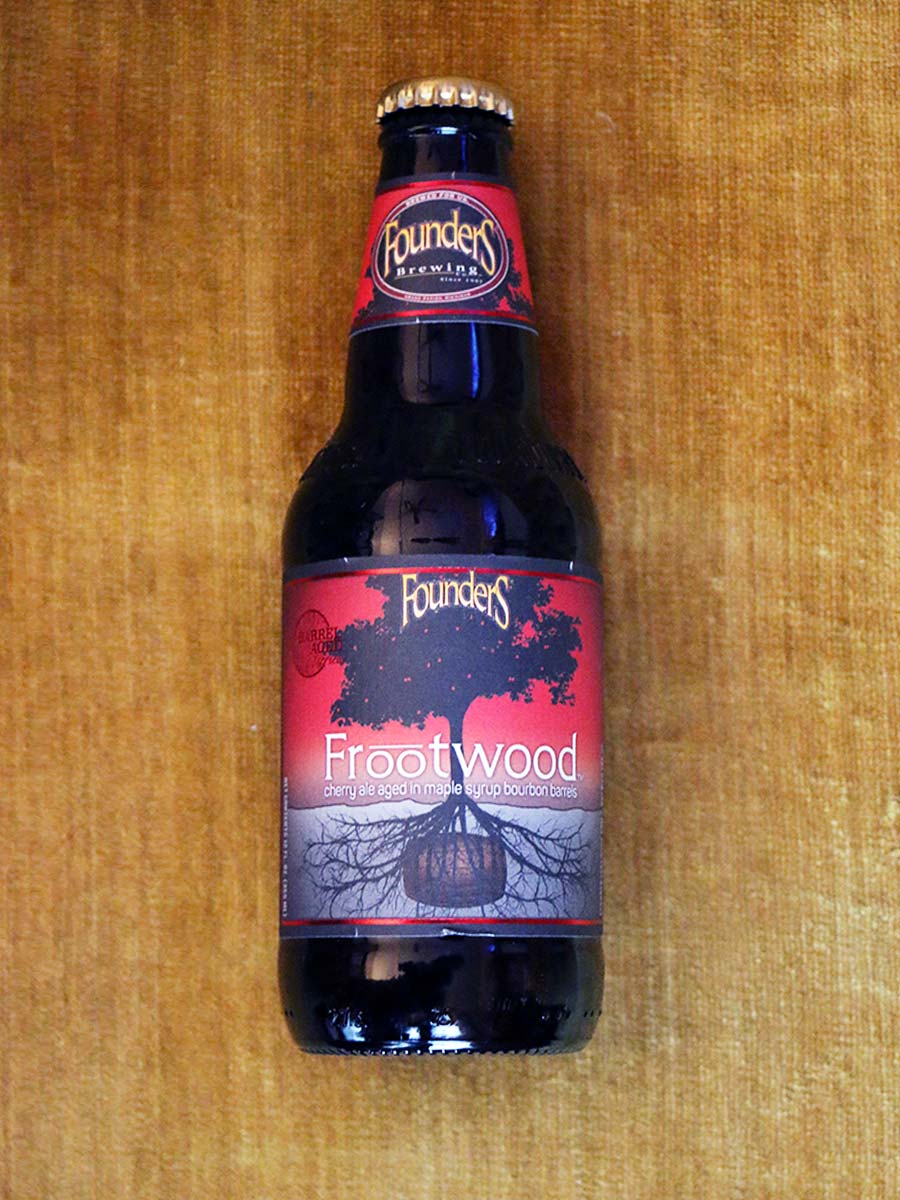 Fittingly, this cherry red beer pours a saturated amber, with a small thin head. Created by laying down a bright fruit beer in maple syrup/bourbon barrels, Frootwood came out a viscous and dense ale. There’s plenty of cherry, bourbon and even vanilla. While this drinks a bit sticky and syrupy (trying its hardest not to resemble too-sweet cherry pie filling), it is an impressive blend of flavors. Certainly worth a try. 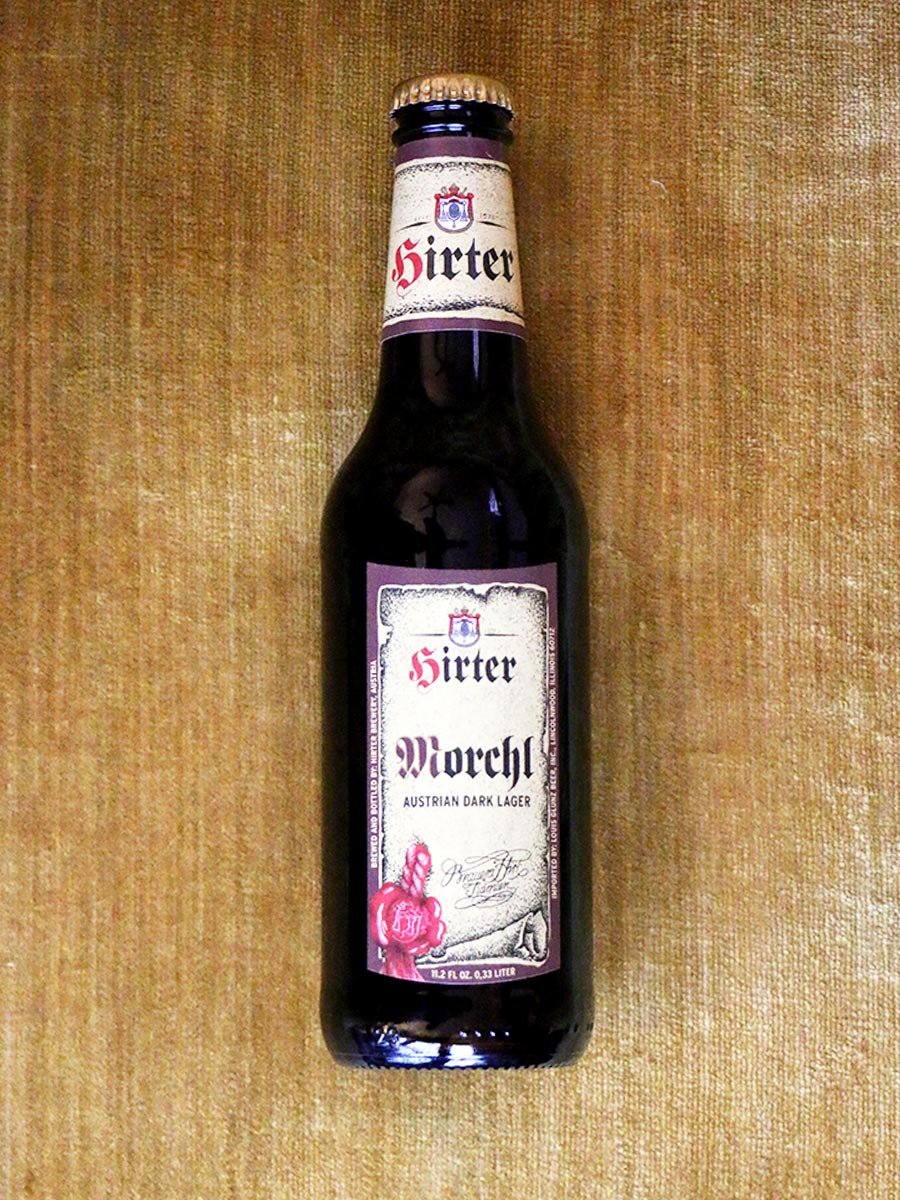 When you’ve been brewing since 1270, you’ve got a few years of practice creating well-rounded beers. And this staple dark lager from the namesake brewery is no exception. It’s as consistent as it is classic. Every time I’ve had this beer it just seems to hit the spot, being one of those rare beers that is as satisfying in the winter months as it is on a summer biergarten. Malty, biscuity, caramely, sweet–always enjoyable. 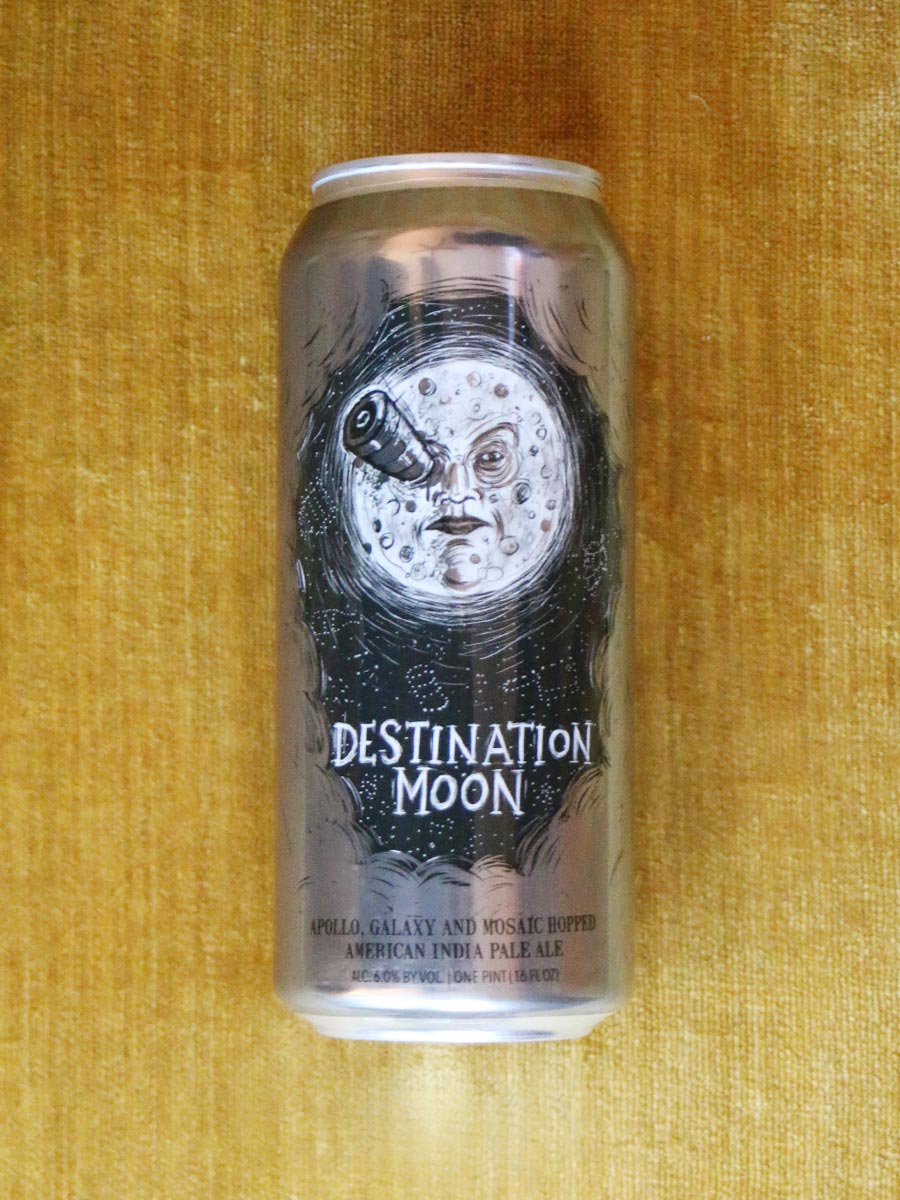 Hop Butcher For The World has been on the juicy NE IPA hype train for their last few releases, and with great success. Destination Moon brings a more traditional West Coast approach, showcasing the tropical passion fruit notes of Apollo, Galaxy, and Mosaic hops in abundance. This one drinks a little like THR favorite Gone Away from Half Acre, which is certainly a compliment. 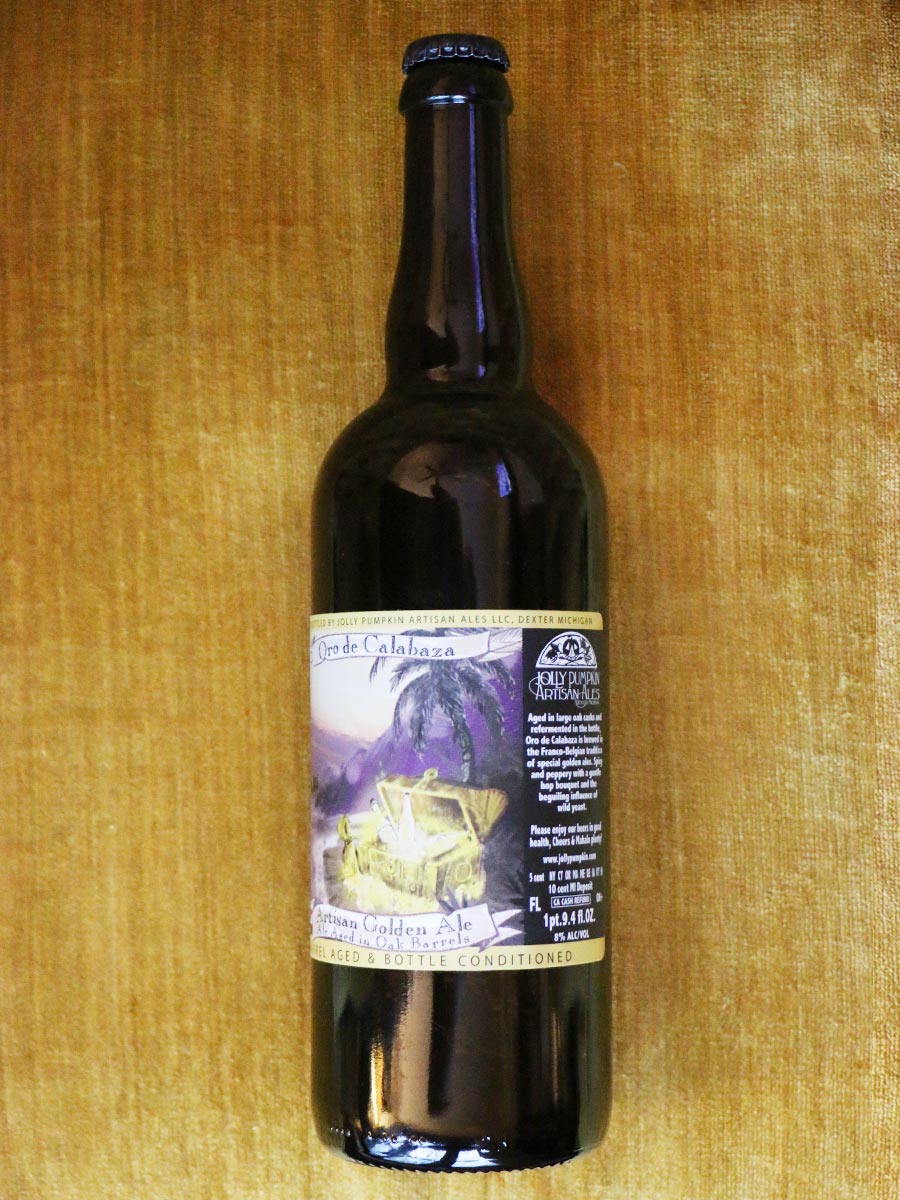 Michigan’s Jolly Pumpkin has built its reputation on the funky and the farmhouse ales. And while Oro de Calabaza may not be their ‘flagship’ of the bunch, it is certainly one that put them on the map. This bière de garde is aged in oak Chardonnay barrels, giving it a crisp, dry profile. The beer pours a hazy green-ish gold and is an ideal balance of peppery and tart. It’s floral, lemony, yeasty and all-around funky. 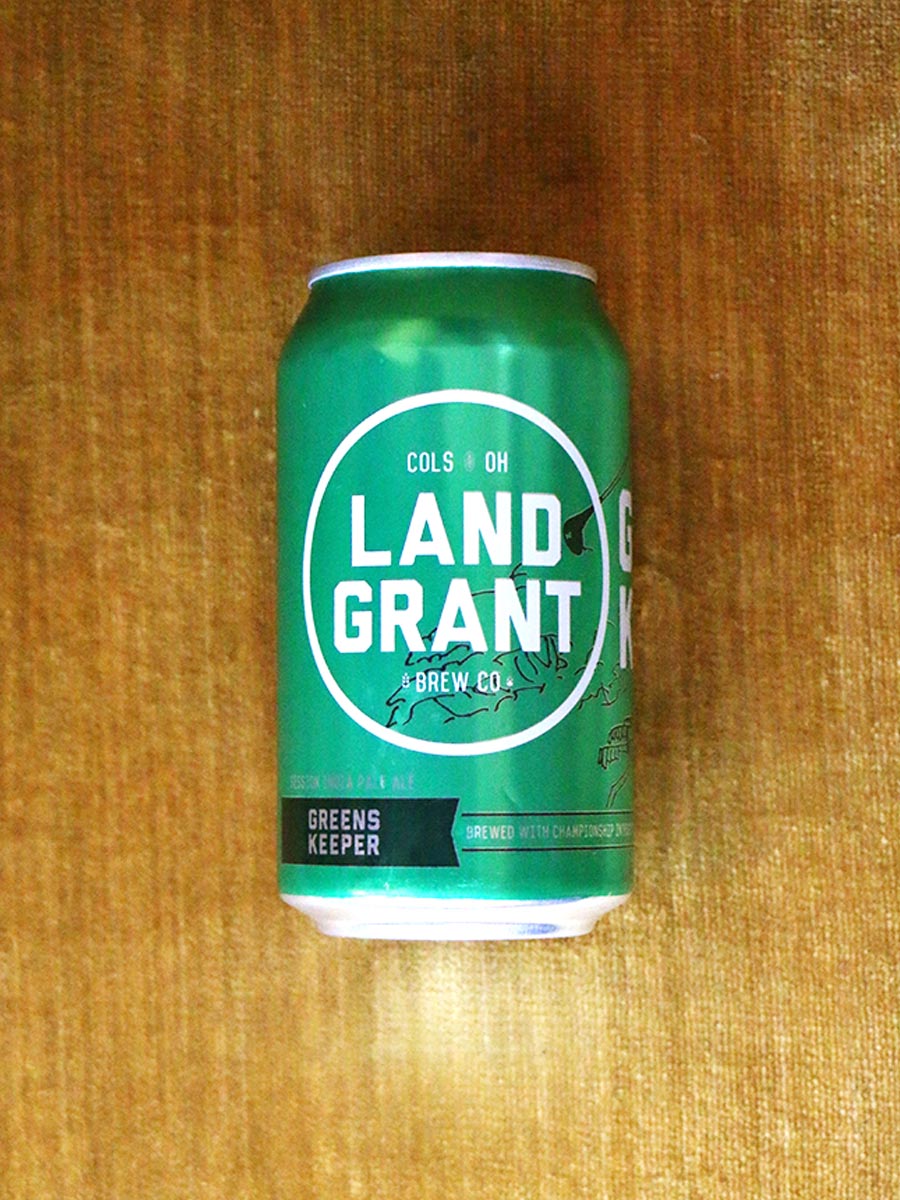 Since we dubbed Columbus, Ohio our ‘Beer City to Watch in 2017’, we’ve been closely eyeing their beer bounty. A recent visit awarded us a visit Land Grant, and this session pale ale. With a green can and name like Greenskeeper, the moniker seems fitting–the pale, straw colored ale has its grassy hints. This one drinks refreshing as you’d hope for the style, but lacks much complexity that would excite you for a second serving. We prefer their IPAs, in comparison. 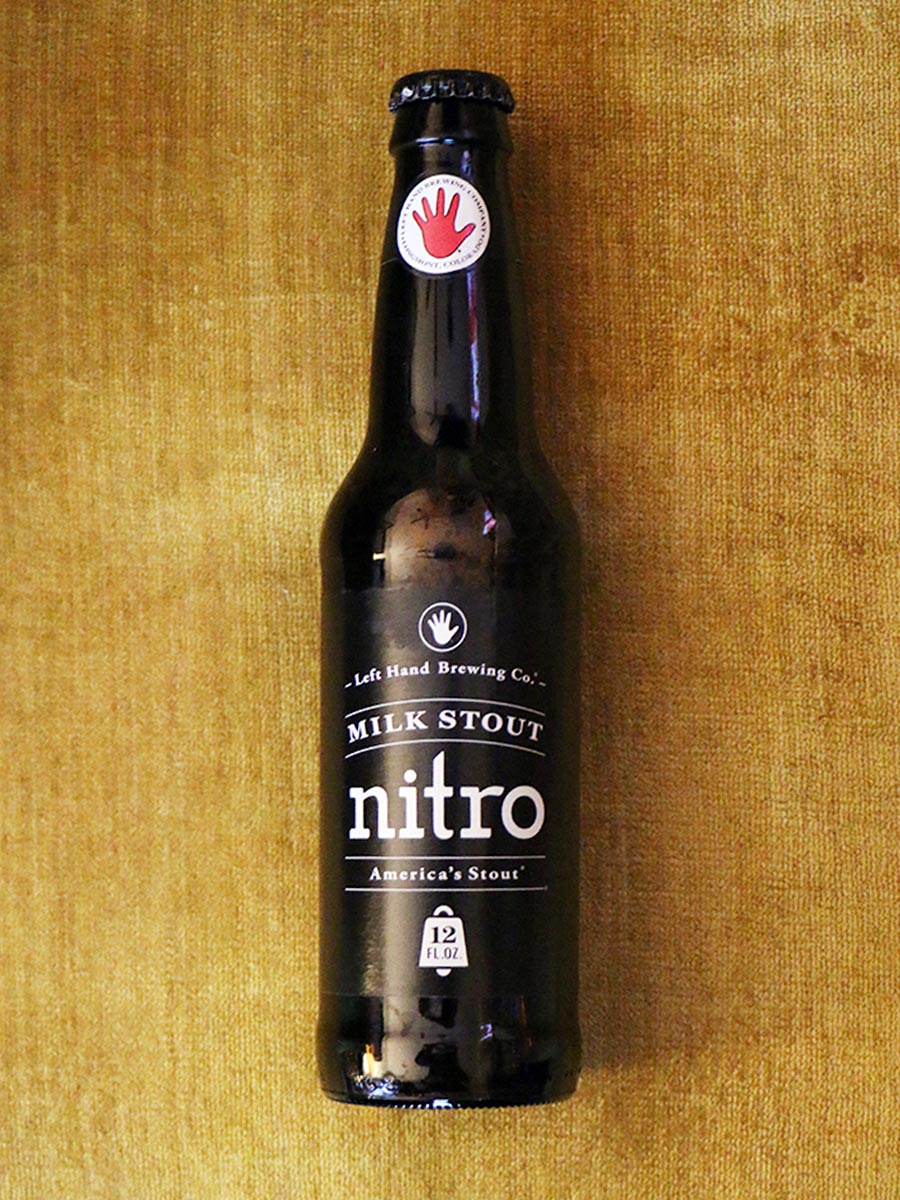 This is Left Hand’s classic milk stout in bottled nitro form. While many American brewers have attempted this format in recent years, only Left Hand seems to have mastered how to consistently capture the taste and feel of a good nitro draft pour. Pouring a deep brown with a large lingering head, the already easy drinking milk stout chocolate and mild coffee is subdued by the creamy carbonation. 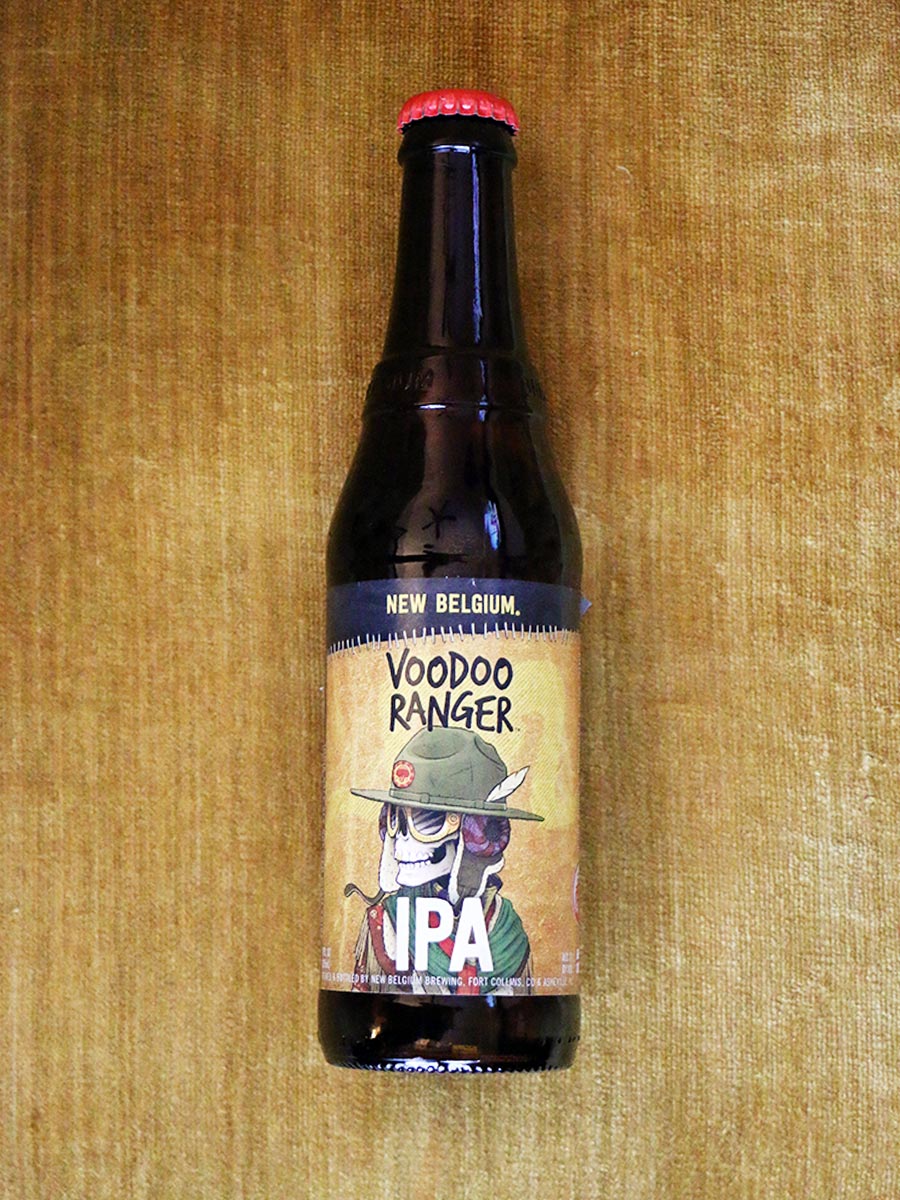 Late 2016 saw a complete relaunch of the core New Belgium portfolio with Voodoo Ranger as one of their flagships. This one pours a large two-finger head with great retention that exudes piney and grapefruit notes from the Mosaic and Amarillo hops. There’s a surprising amount of sweetness on the palette which helps to brings to bring this mostly back toward balance. 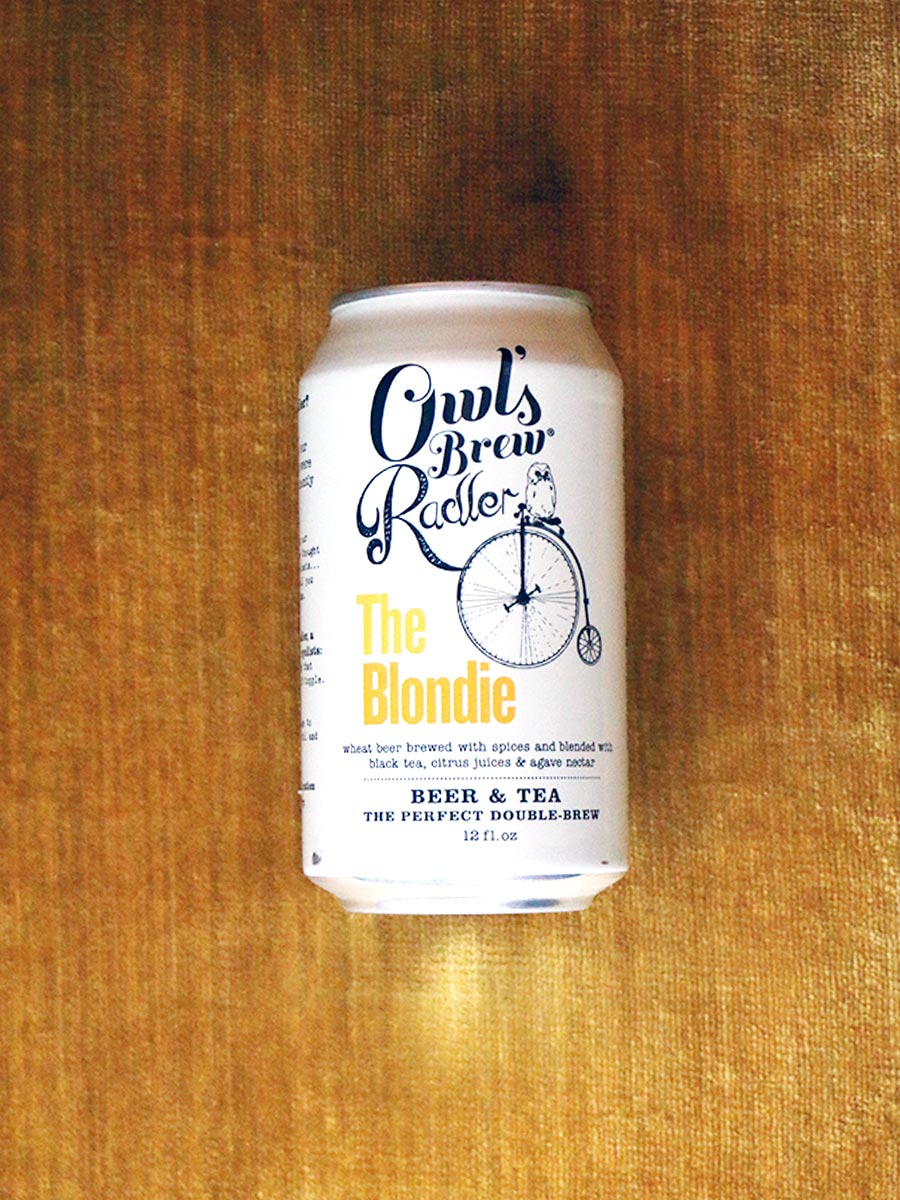 This intriguing beverage comes from Owl’s Brew, makers of tea-based cocktail mixers. Their recent foray in the beer world was with a lineup of tea radlers (the first of their kind, apparently). The Blondie is a sweet mix of black tea, spices, citrus juices and agave nectar, in a wheat beer. While radlers aren’t typically our drink of choice, this is an interesting take. 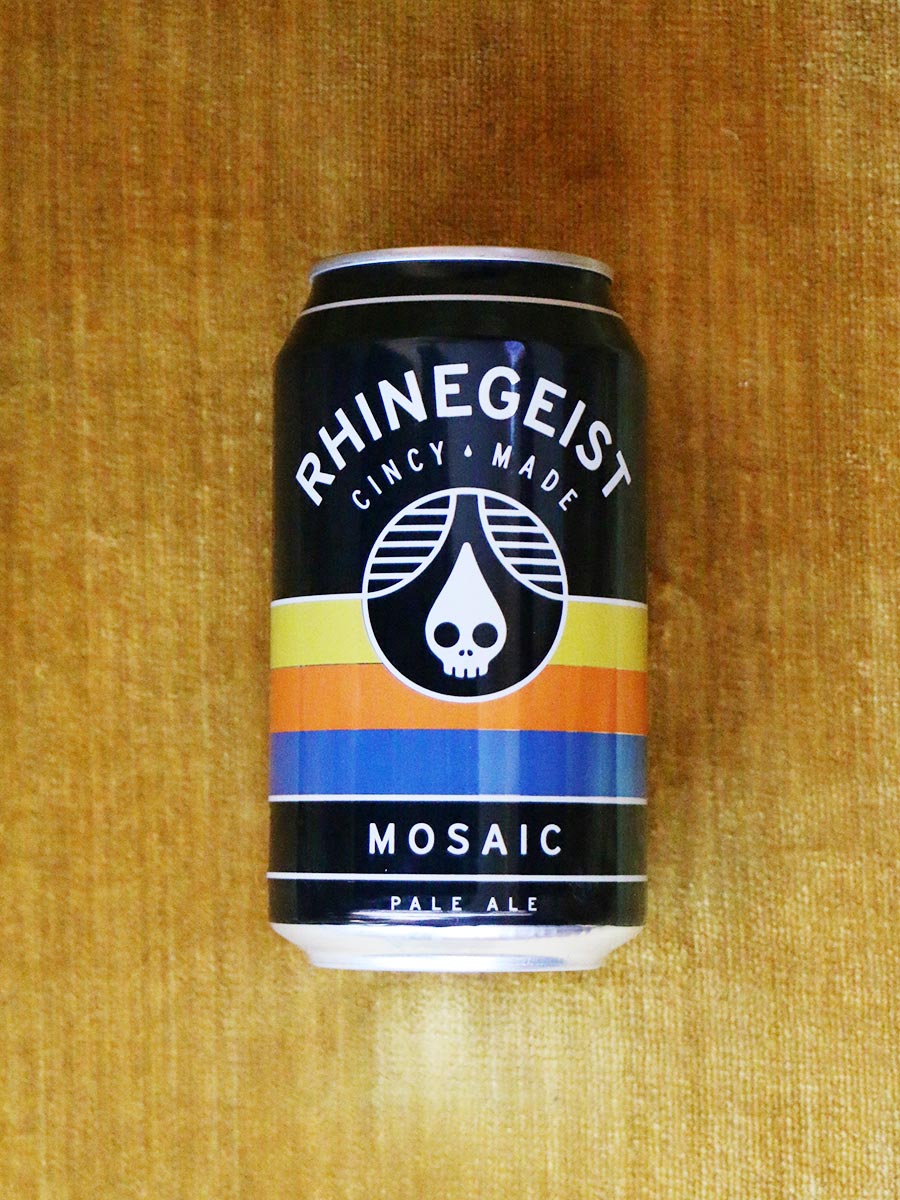 Mosaic is [still] trending upward. So, it’s no surprise you’re seeing the hop showcased in so many beers at the moment. Rhinegeist’s take on the Mosaic pale ale is a fine example. While not as fruity and bubblegummy as some other similar pales, here the hop on showcase presents a decent amount of papaya and mandarin, and maybe tangerine. This is a solid take on the trend, just not terribly memorable. 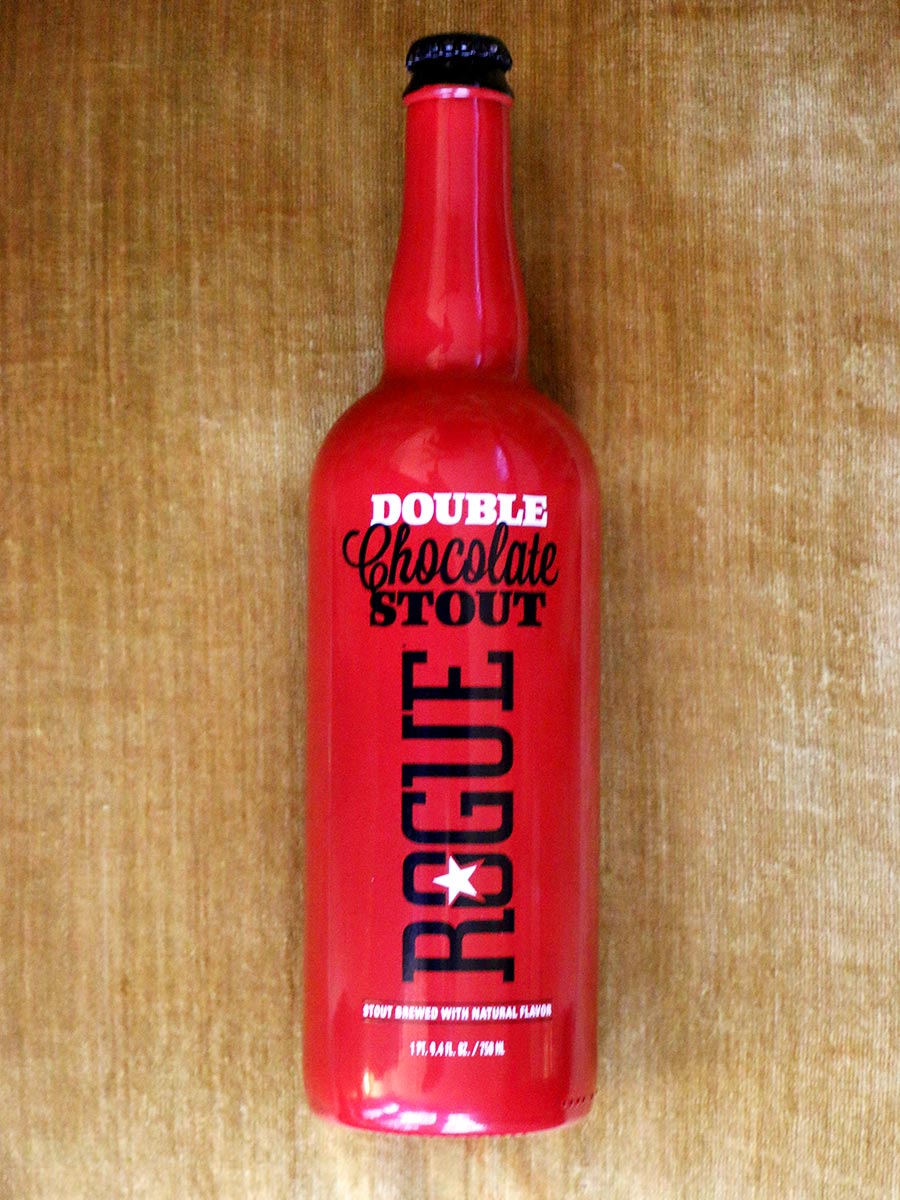 There’s no denying the chocolaty-ness of this imperial stout. It drinks almost like a malted milk dud. It’s creamy and milky, with a bit of bakers chocolate bitterness on the back end. While this truly is one decadent beer, the only flaw is the unwelcome bitterness that just lingers in the aftertaste. Maybe this would benefit from resting for a little while. 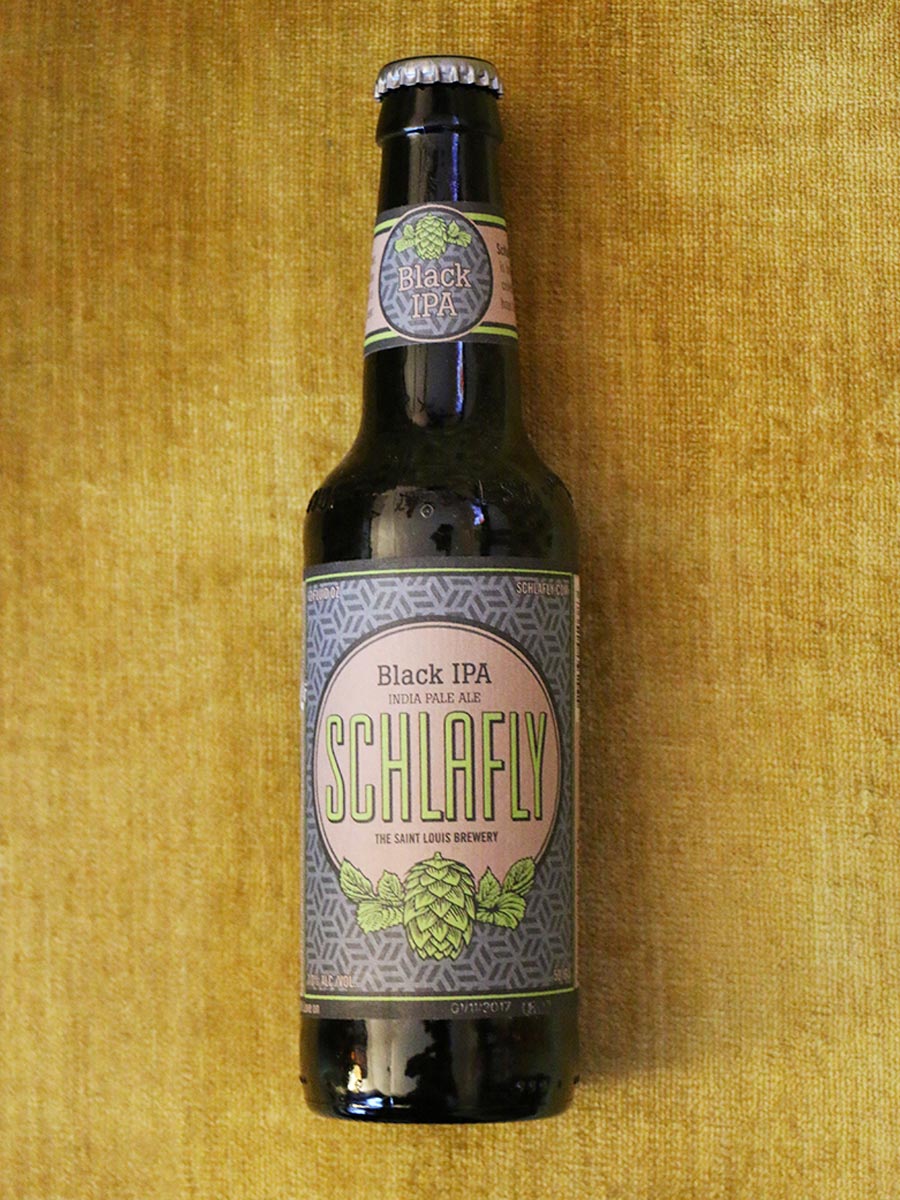 Full disclosure, black IPAs are not a style I typically care for. They present a somewhat odd clash of flavor profiles that often disappoint. With all that said, Schlafly’s take on the dark pale ale is…fantastic. There’s the roastiness you prefer from a porter, with the brightness you seek from Simcoe and Mosaic hops, all tied together with a creamy milky body. Maybe the best take on the style I’ve crossed thus far. 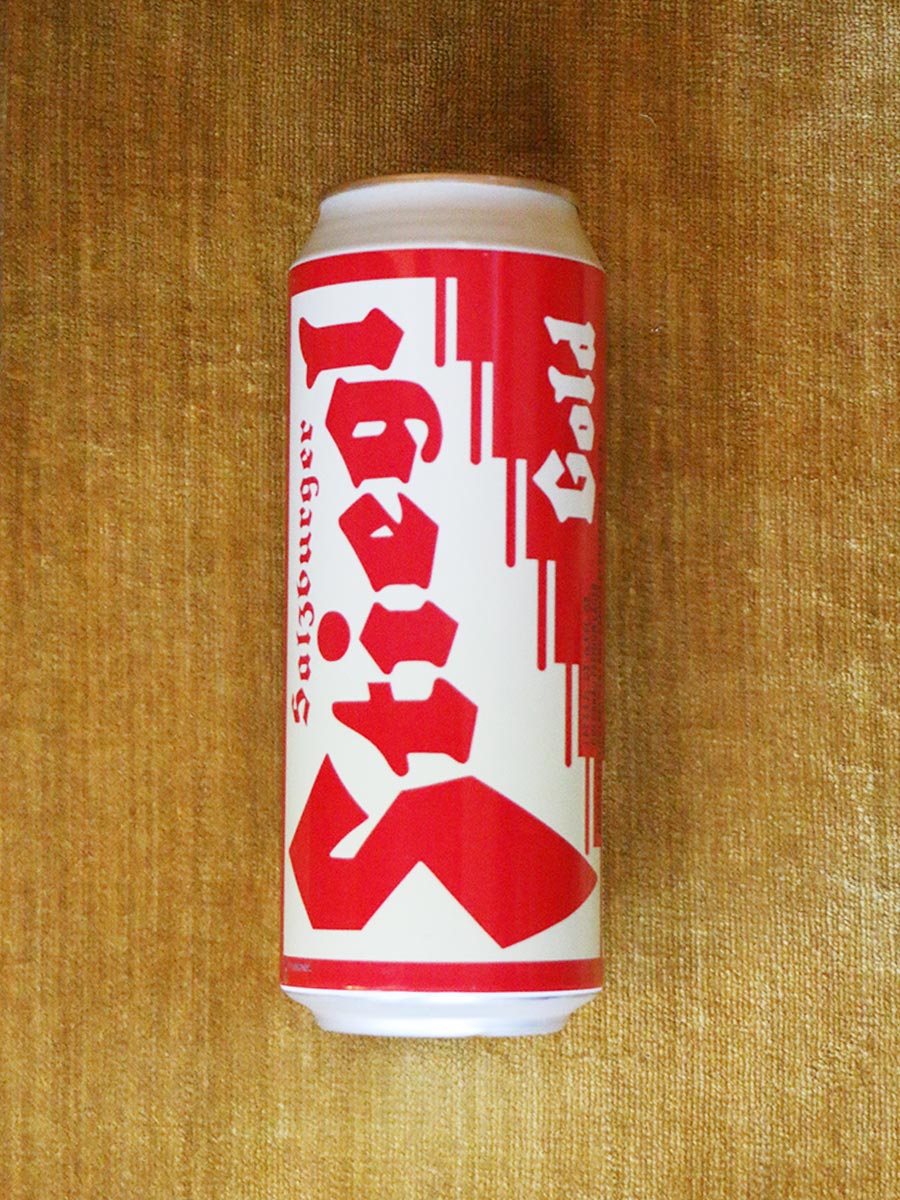 Another classic from a brewery with a few hundred+ years of tradition, Stiegl’s Goldbräu is tried and true. It’s mild, grainy, with a slight hop bitterness and a surprisingly creamy body. Lagers can be a touchy subject to maneuver in craft beer circles, but this is a brewer’s beer no doubt. It’s a no frills, to-style beer that presents an ideal alternative to break up your long outings with IPAs and barrel-aged beers. Besides, the weather’s warming… 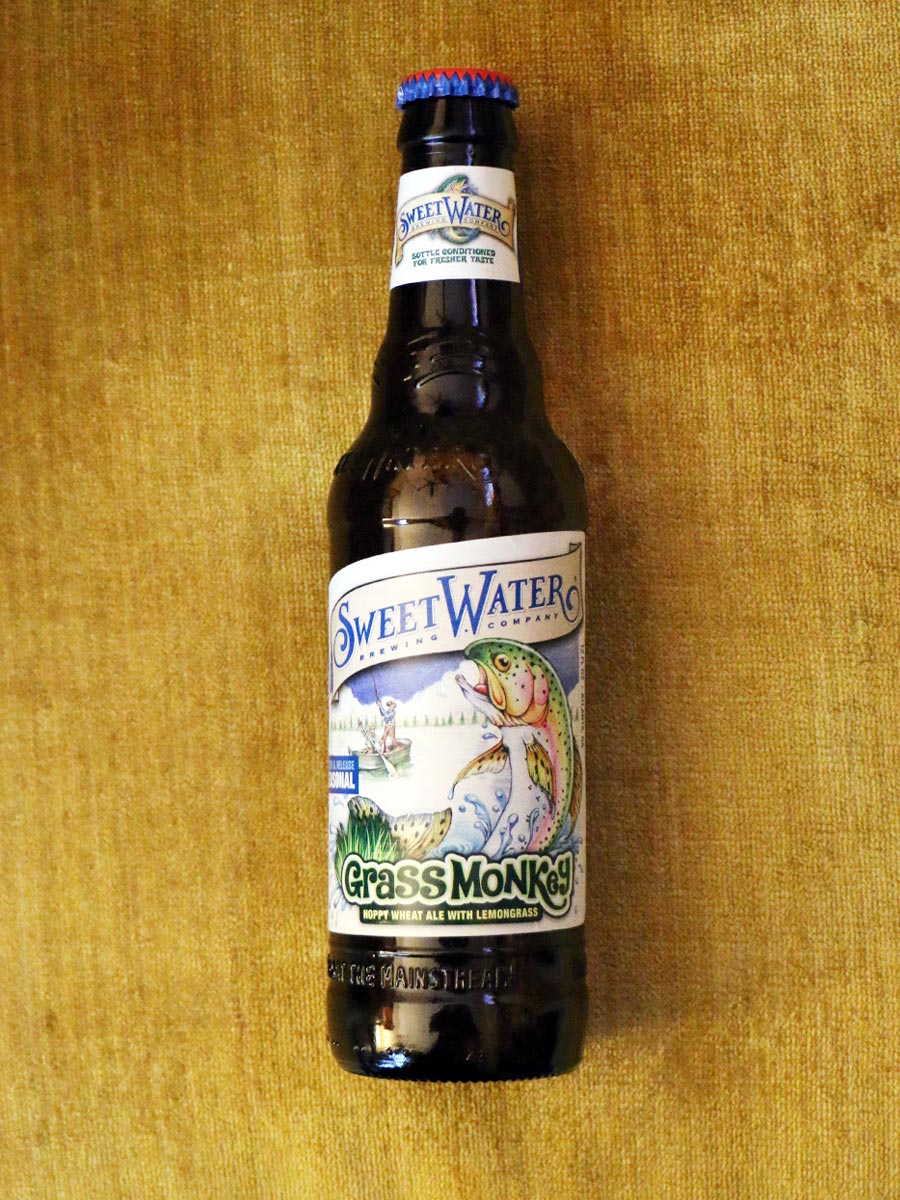 Lemondrop hops and the addition of lemongrass herbs means, you guessed it–a lemony citrus beer. This spring seasonal wheat beer from Sweetwater is crisp, bright, and refreshing. Another easy drinker that’s a case of getting exactly what you expect. We can picture ourselves drinking a few of these by the pool. Does this mean spring is officially here? 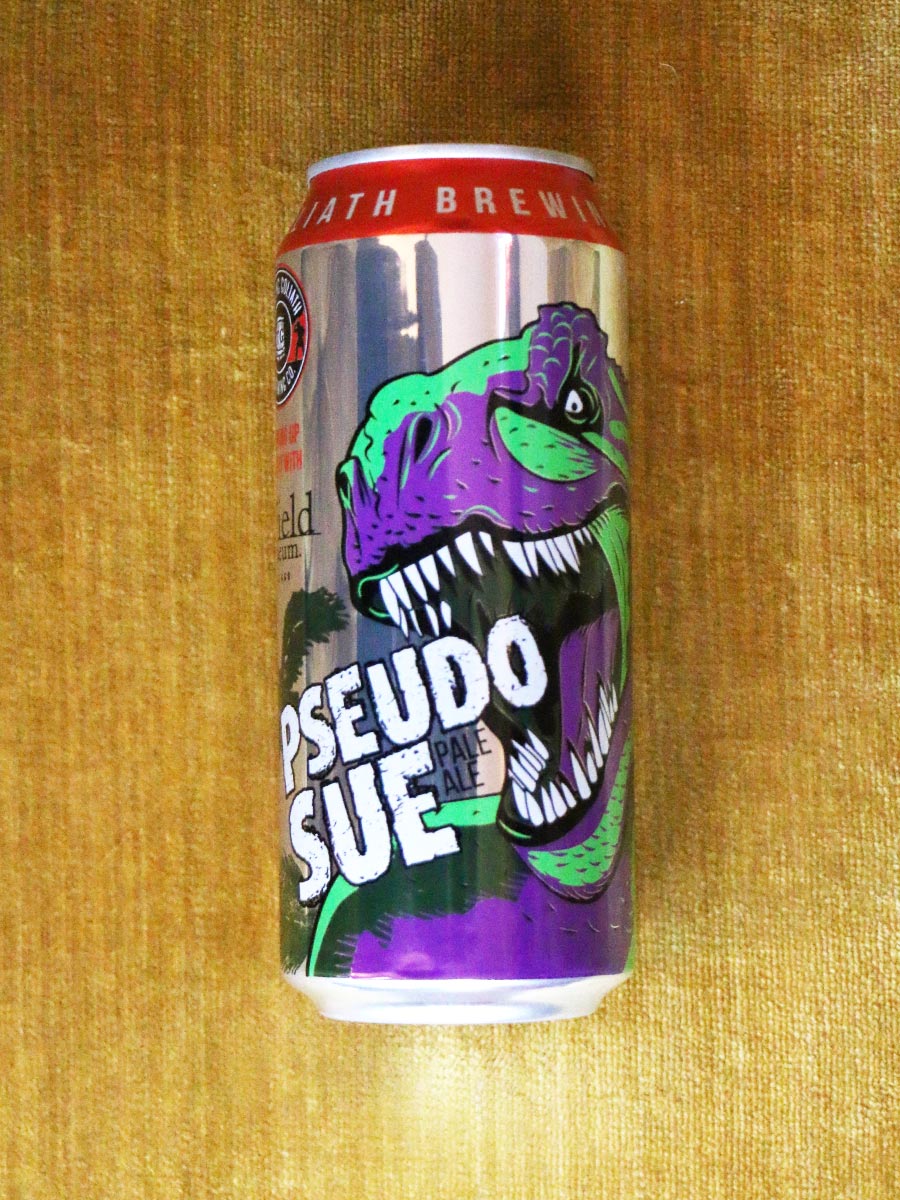 The hype surrounding the launch of Pseudo Sue in Chicago was immense so we’ll cut straight to it. These cans are contract brewed in Florida and we just don’t get the hype. Word on the street is the bottled Iowa version is immensely better, but unfortunately those won’t be here until later this year. This is a perfectly drinkable citrus-forward IPA that Chicagoans will quickly abandon for the many superior fresh options brewed right here in town. 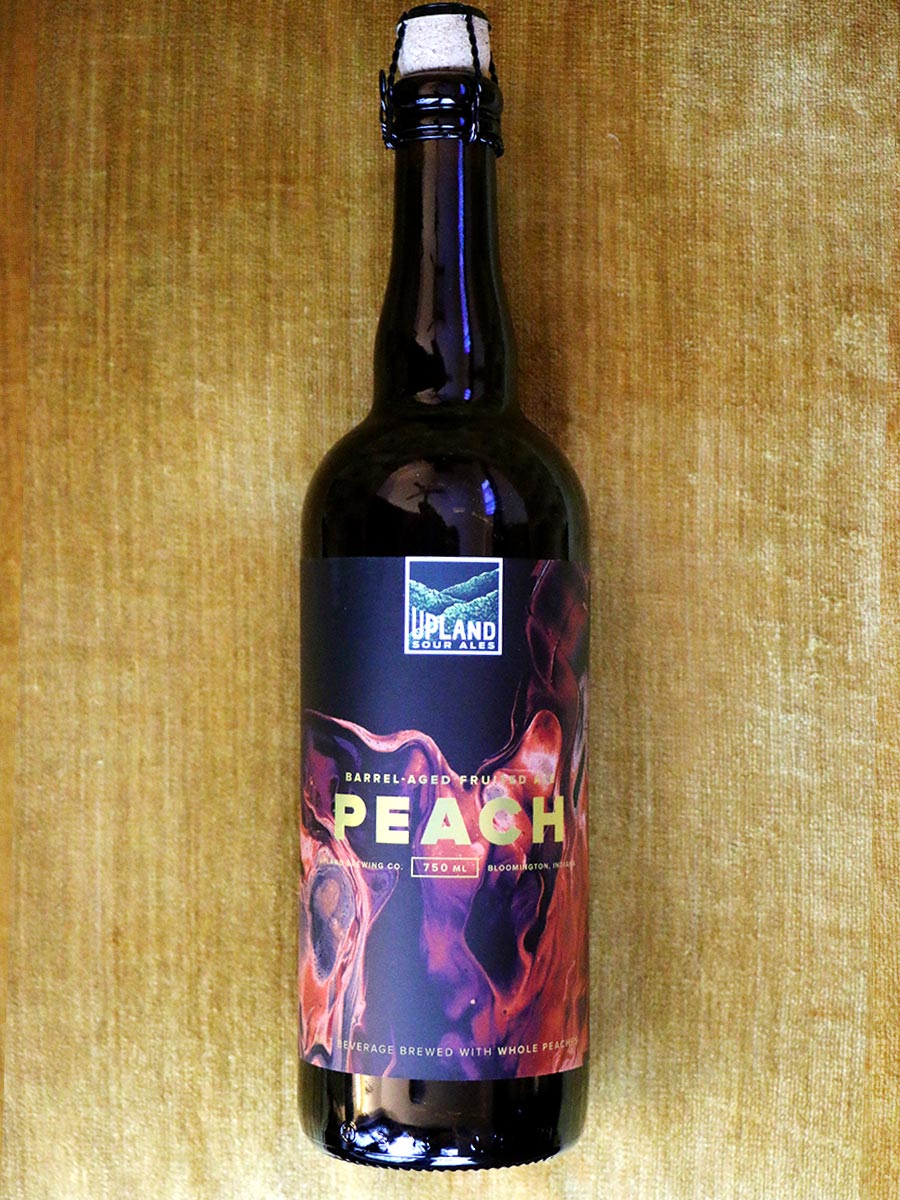 Absolutely jam packed full of peaches (roughly half a pound per bottle), this is a beautiful balance of tart and sweet. It pours a bright gold with a ton of carbonation that makes for a zesty mouthfeel, and that only adds to the sour experience. One of the first beers to come out of Upland’s new ‘Wood Shop,’ this is exactly what we’d expect from this brewery with a long history of sour brewing. One of the better fruited sours we’ve had. 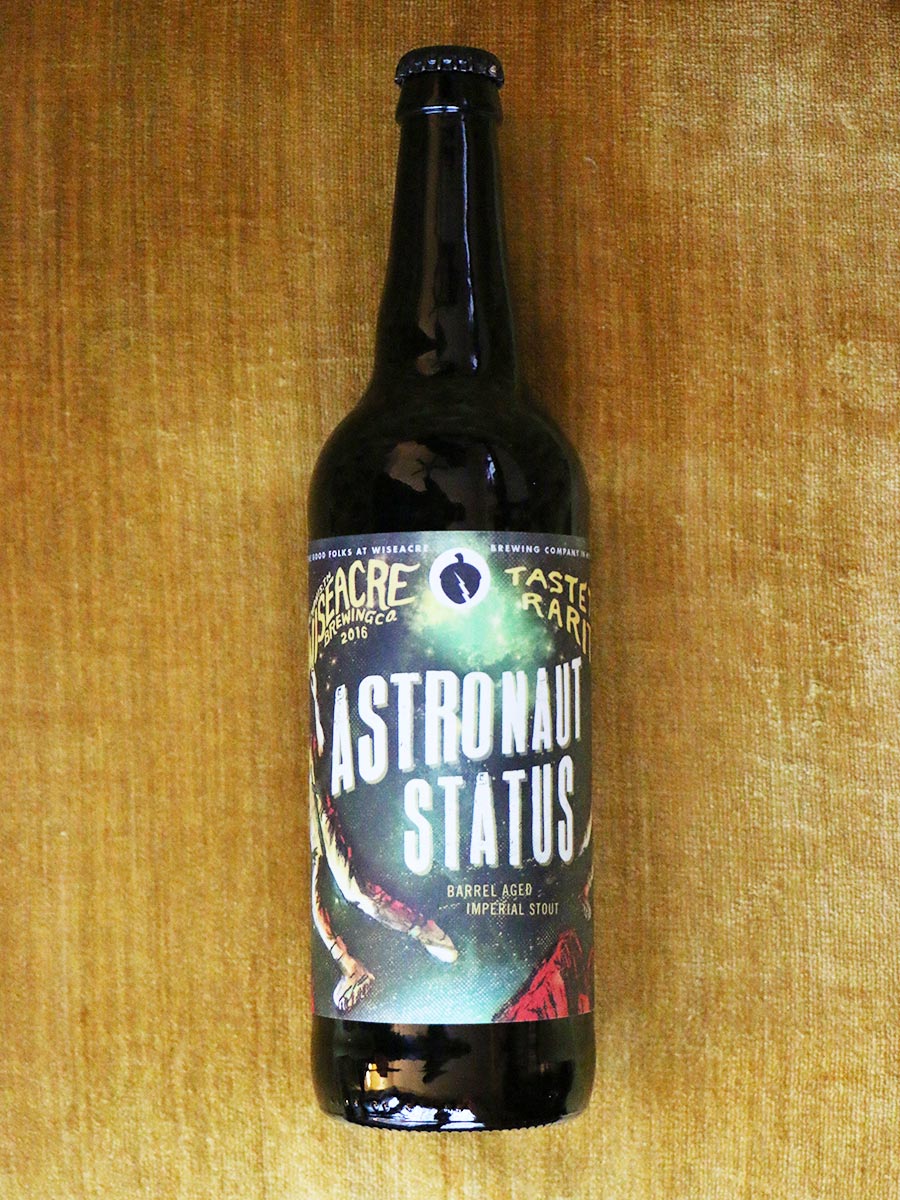 There is so much happening in this beer that it’s tough to know where to begin in describing it. It might seem a cop-out to simply call a beer complex, but this imperial stout is just that. There’s cinnamon that hits you up front, chewy oatmeal cookie and vanilla that comes across next, and a charred oak that lingers. Astronaut Status reminds us of some of those beers that folks wait in line for hours for, if not better. We highly suggest snagging a bottle.

The Hop Review’s monthly beer reviews are collected from beers gathered at the discretion of our team. They include beers collected from travels, local brewers, as well as shared samples. Some of March’s beers (*where noted) provided in partnership with Lakeshore Beverage. 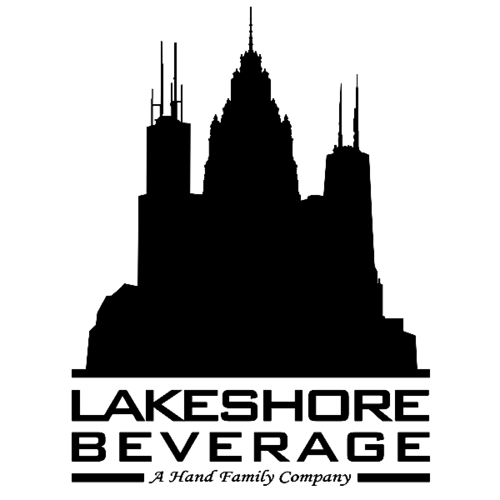