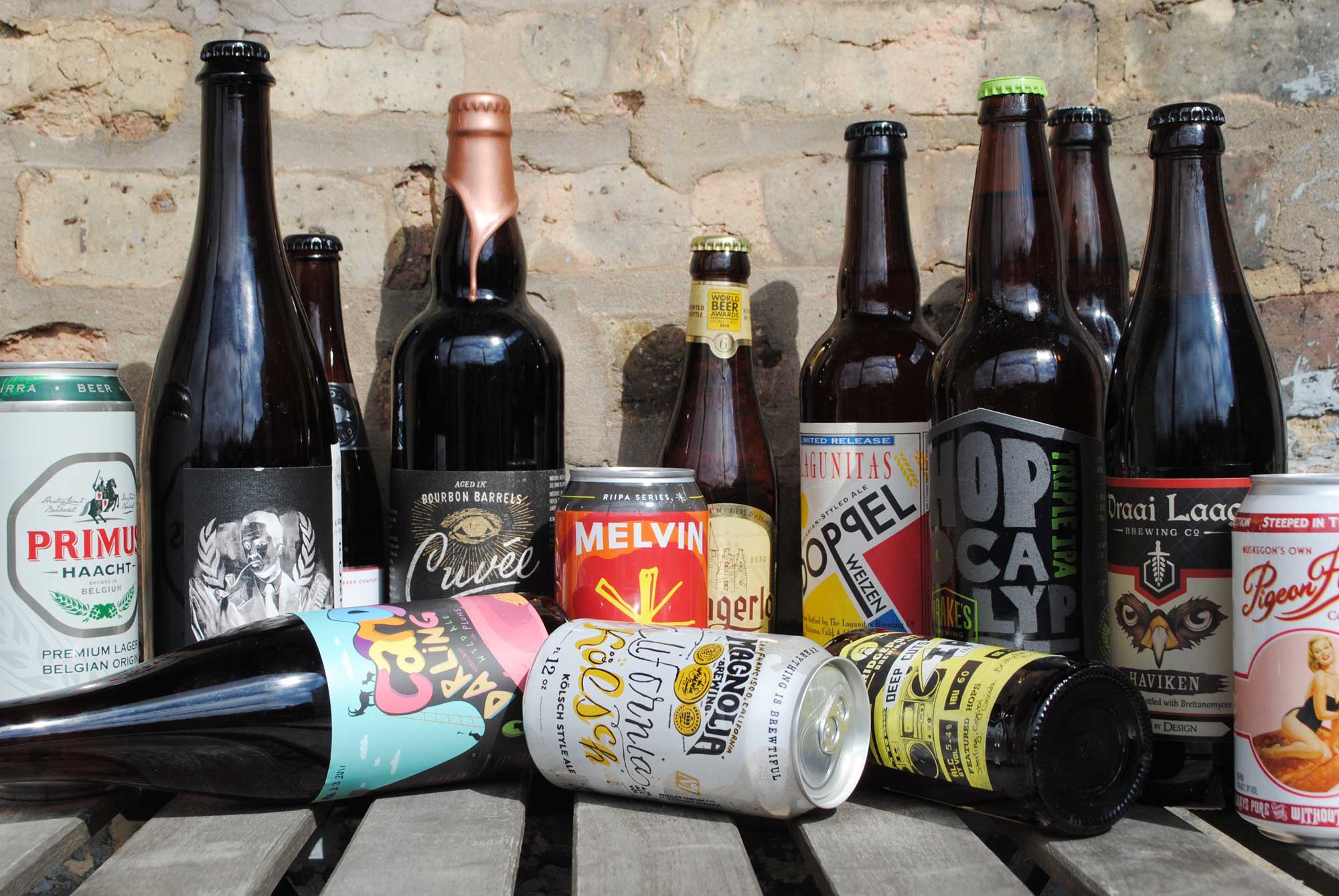 We’ve tasted through the following 24 beers for April, and rated them according to our very own interpretation of the BJCP scoring guidelines, on a scale of 100 and listed in no particular order. We considered aroma, appearance, flavor, mouthfeel, overall impression and trueness to style. It’s not an exact science–we know this. We just don’t like to pass on the opportunity to drink…more beer. Cheers! 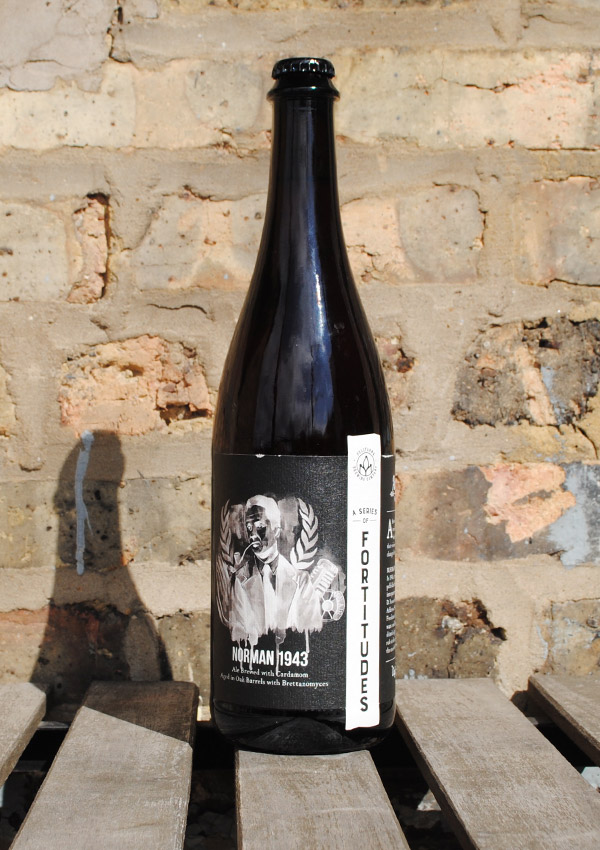 Our past experiences with cardamom in beer have not been positive, usually overpowering any other flavors the brewer hoped to showcase. Norman 1943 is a rare case of “just right” for this adjunct. There’s no mistaking it’s there, but it’s balanced nicely with the light malt character and slight funkiness from the Brettanomyces. A great beer on its own but would really shine as a pairing to spicy food. Bring this one to your next BYOB. 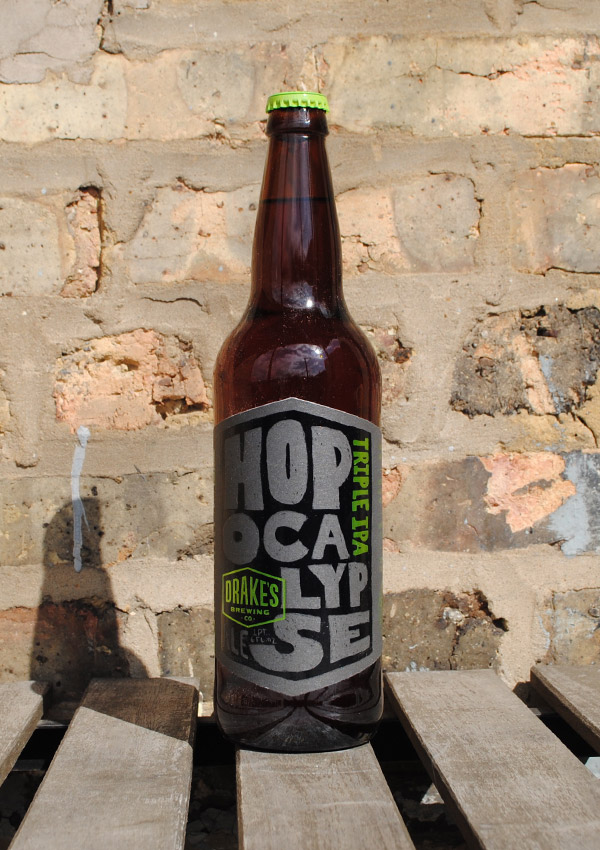 If the name and style of this Drake’s limited release didn’t give it away, this is a huge, hoppy, sweet, palate-wrecker of a beer. Featuring no less than eight hop additions showcasing candied citrus, peach, and apricot, you’d be expecting a complete lack of balance. However, the huge malt sweetness to back up all that bitterness makes this surprisingly drinkable for 12.5%. Definitely worth a purchase but we’d still recommend splitting this with a friend. 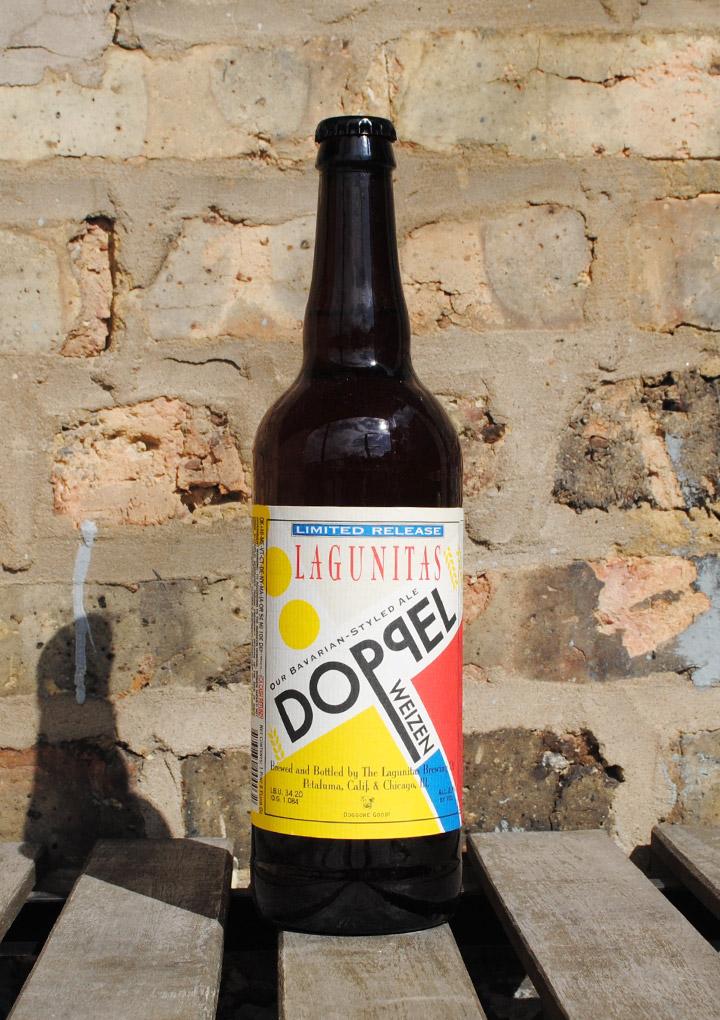 With somewhat of a surprise style from Lagunitas, their ‘Bavarian-styled ale’ is a pleasant change of pace. It’s got the banana and clove you expect from a Hefeweizen, but with a distinctly American spin (i.e. hoppiness). The hops bring out the citrus-ness and play off of the boozey ‘doppel’ portion of the beer name. It drinks like a DIPA meets a Hefeweizen, and we appreciate the collision of styles. 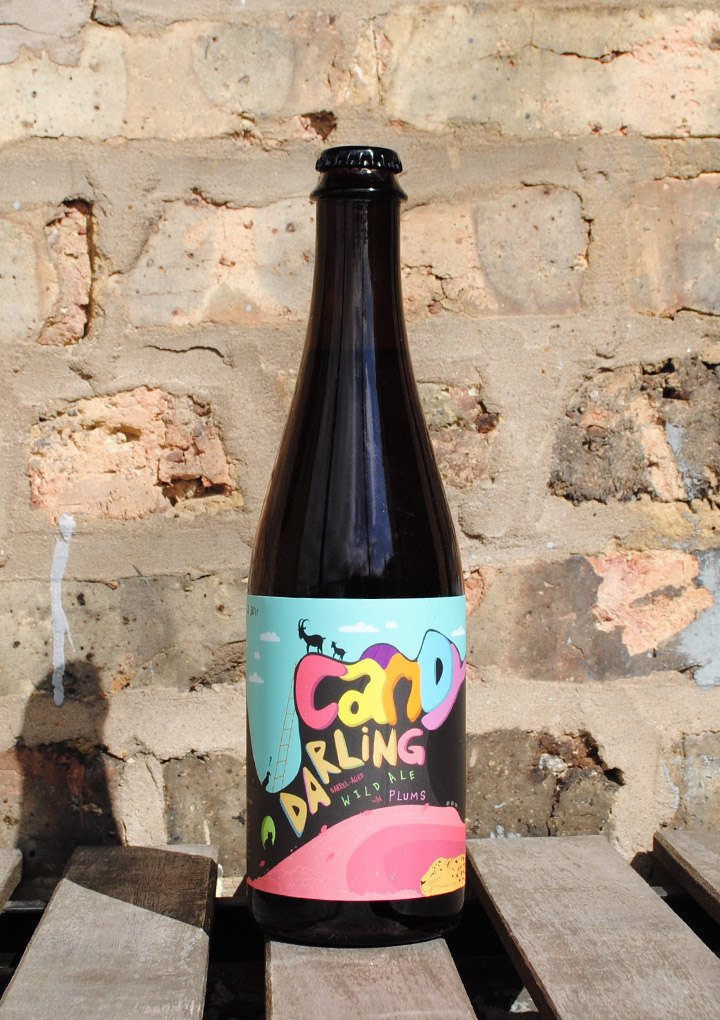 Pouring a beautiful hazy reddish-purple with an aroma of red wine and moderate funkiness, you know you’re in for something special right off the bat. Upon tasting, plums are the obvious feature right up front, followed by some moderate sour and barnyard notes from the brett fermentation. This is the first bottled release from Whiner and if it’s a sign of things to come, we can’t wait to see what they do next. 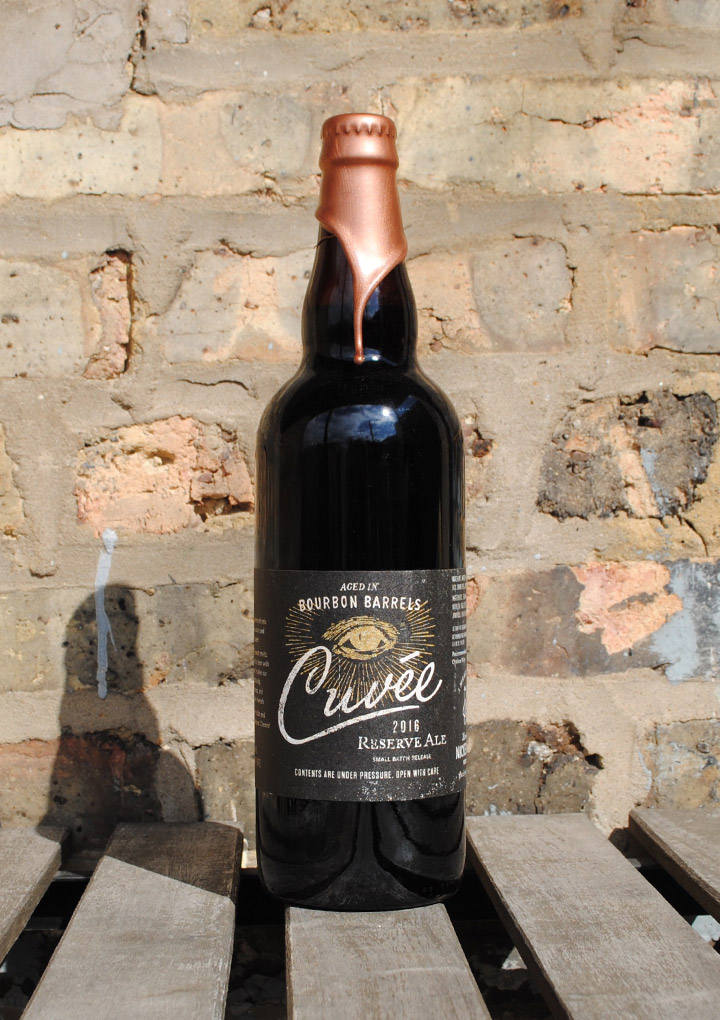 The first of three Canadian breweries in our lineup this month, Nickel Brook’s annual Cuvée release is an incredibly complex beer. Brewed with European and North American malt and all kinds of fruits and spices, it’s then blended with a barrel-aged ale. All of this is evident right off the bat, along with mild coffee, and an odd tartness that falls into the, “I don’t know if this is supposed to be here” category. An interesting pour, but there’s far too much going on for us. 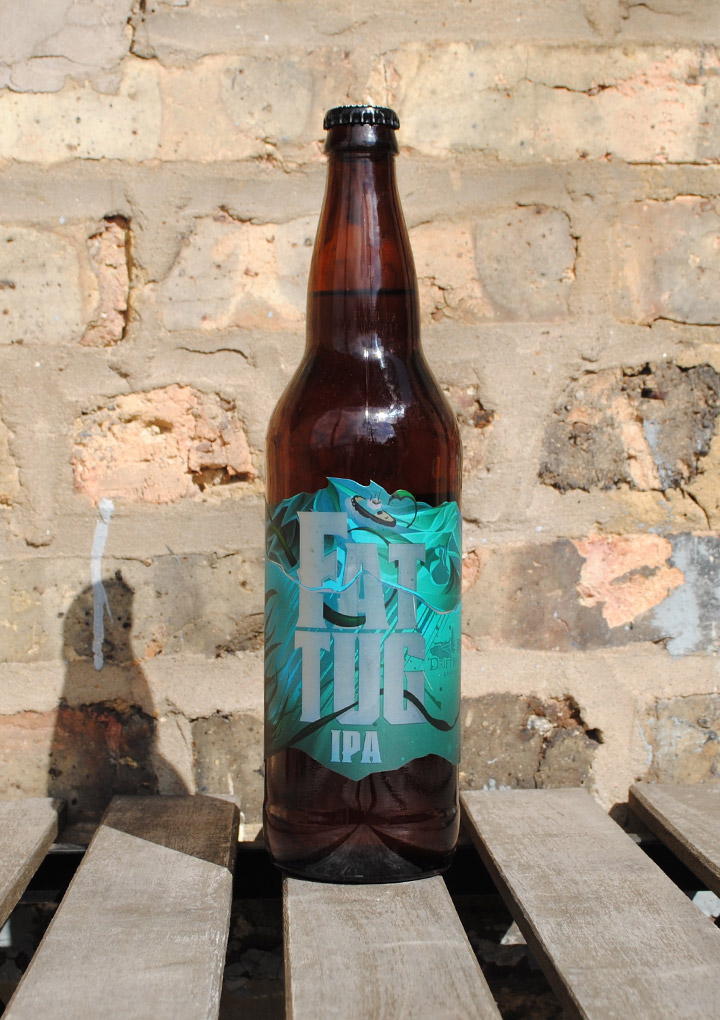 From our neighbors up north comes one of the better IPAs we’ve had of late. This is a West Coast IPA through and through, showcasing the huge grapefruit and melon notes from their region’s local hops. Despite the hop punch, this somehow manages to be incredibly well balanced as there’s a significant malt backbone to even out the body. If only we could get our hands on this one more often. 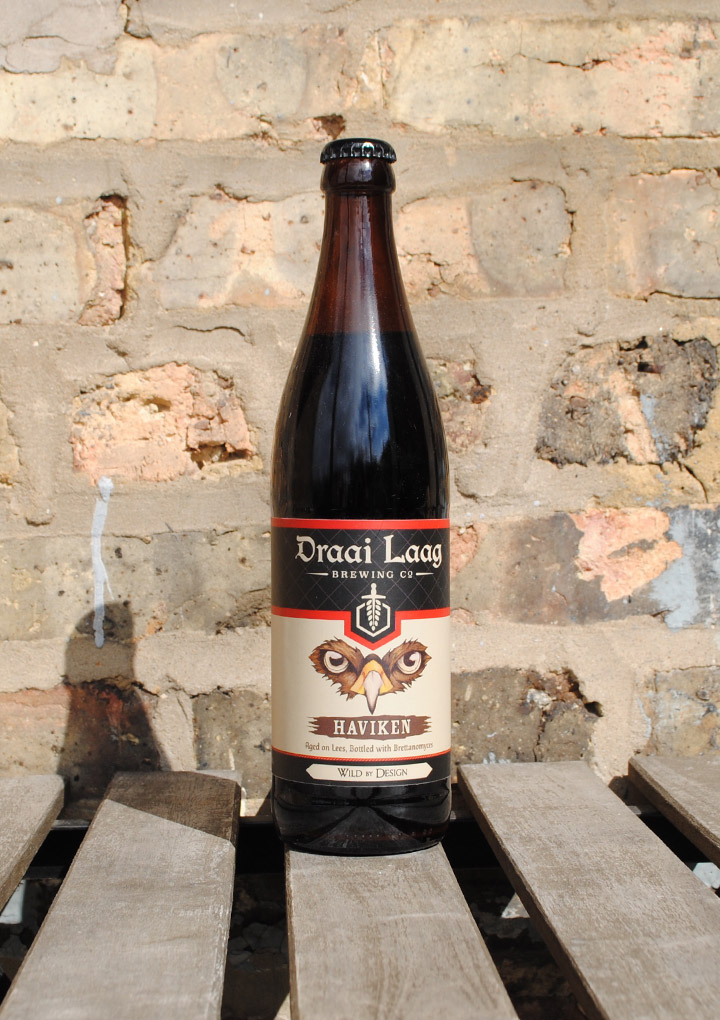 Dark, dense and boozey with a hint of sour. As the bottle suggests, this ale was aged on lees and then bottled with brett, giving it a dark fruit presence that’s hard to miss. If we had to pin it to one, we’d say it’s fig that shows through. And as you can imagine, a slightly sour fig-like beer has a niche audience. While by no means off-putting, it was not one that really got us going back for more–especially considering Draai Laag’s other, better offerings. 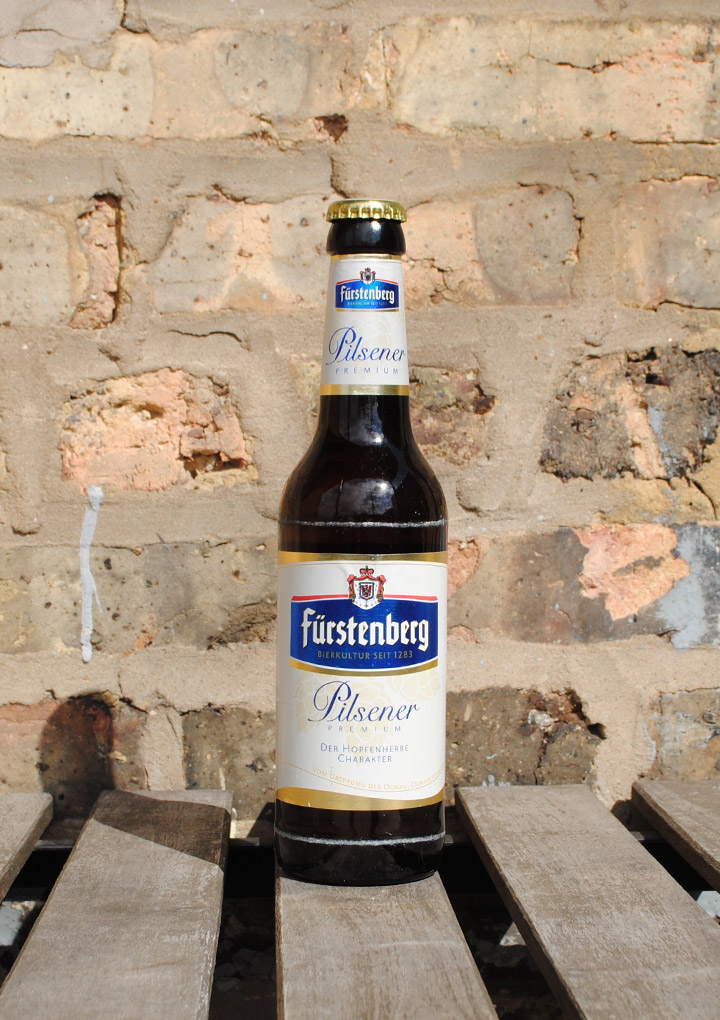 The brewery proudly proclaims this beer is brewed with water pulled directly from “the Danube river deep in the Black Forest!” We’ve found that once breweries start trumping the water as the main selling point, you shouldn’t expect much. This is a light, medium-bodied pilsner that leans to the sweeter side. Beyond that, it tastes much like other European exports. Simply put, there are dozens of fuller-bodied, more readily available Pilsners out there. 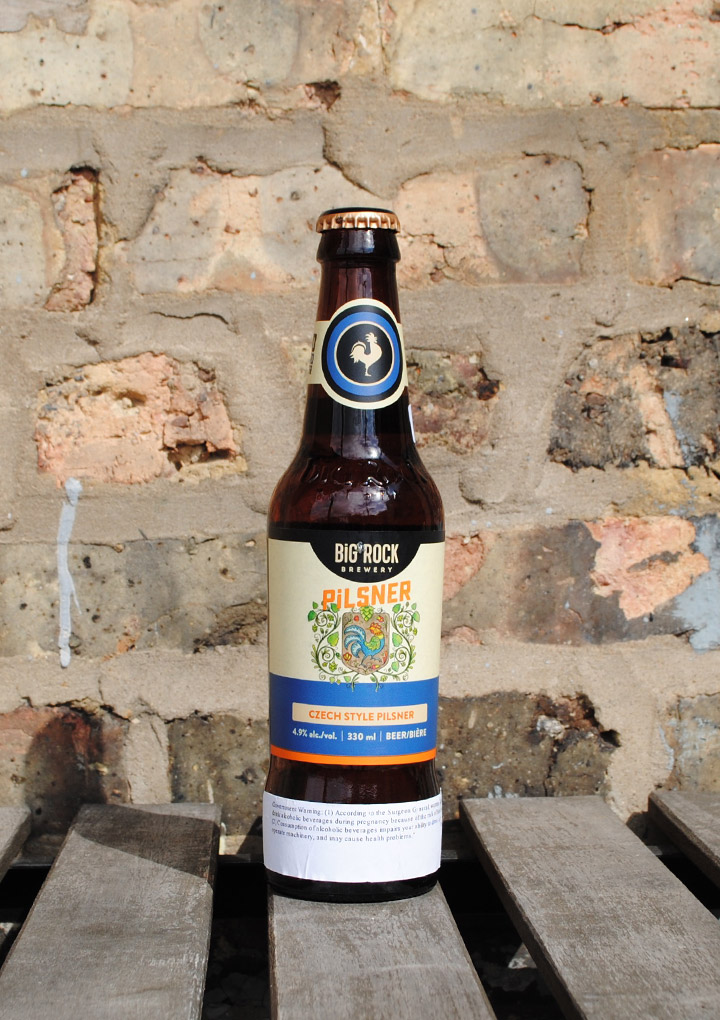 Another attempt at a pilsner and another one we wouldn’t get too excited about. This one definitely leans maltier than we’d expect for the style, with big bready notes that stray far too much into the grainy realm. Most great pilsners are personified by their clean profiles and relative balance, something this one from Calgary just doesn’t do. As with the German example above, look for one of the other great options out there. 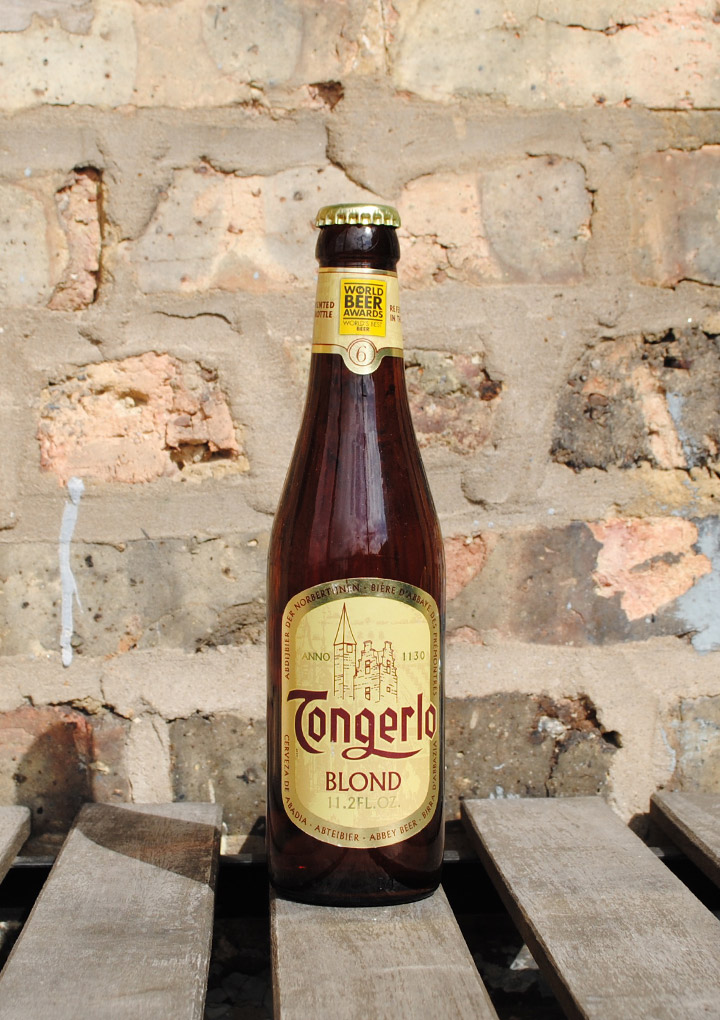 Like many craft nerds, we don’t often reach for the blonde ales anymore. It’s a style that was an introduction for many of us, then tossed to the side in favor of the hoppier and the darker ales of the world. With that said, this Tongerlo Blond from Belgium is worth a circle back to the style. It’s incredibly approachable, and carries enough body and mouthfeel to hold its own. This is certainly one worthy of a spring biergarten pint. 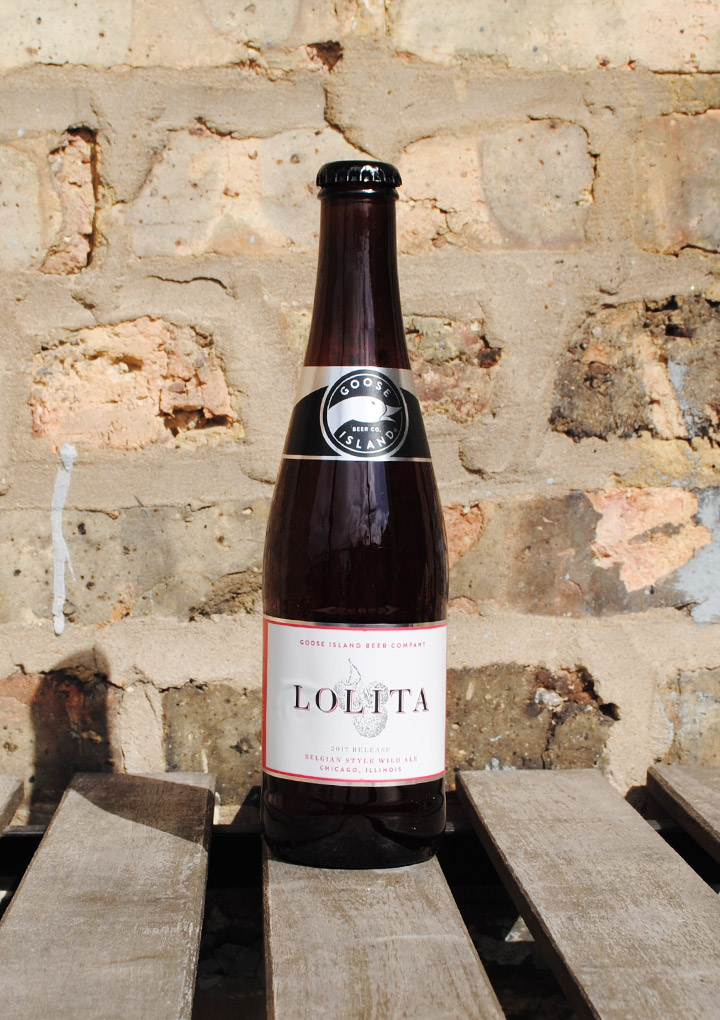 Fans of fruited sours have long enjoyed the “sour sisters” from Goose Island, and Lolita is no exception. Aged on raspberries in wine barrels with wild yeast, this is a Framboise that would make any Belgian proud. Now sold in 12 ounce 4-packs, it also just became a lot more approachable for a single sitting. Ultimately your choice of which sister you like best is going to depend on your favorite fruit, but for us, this is a winner. 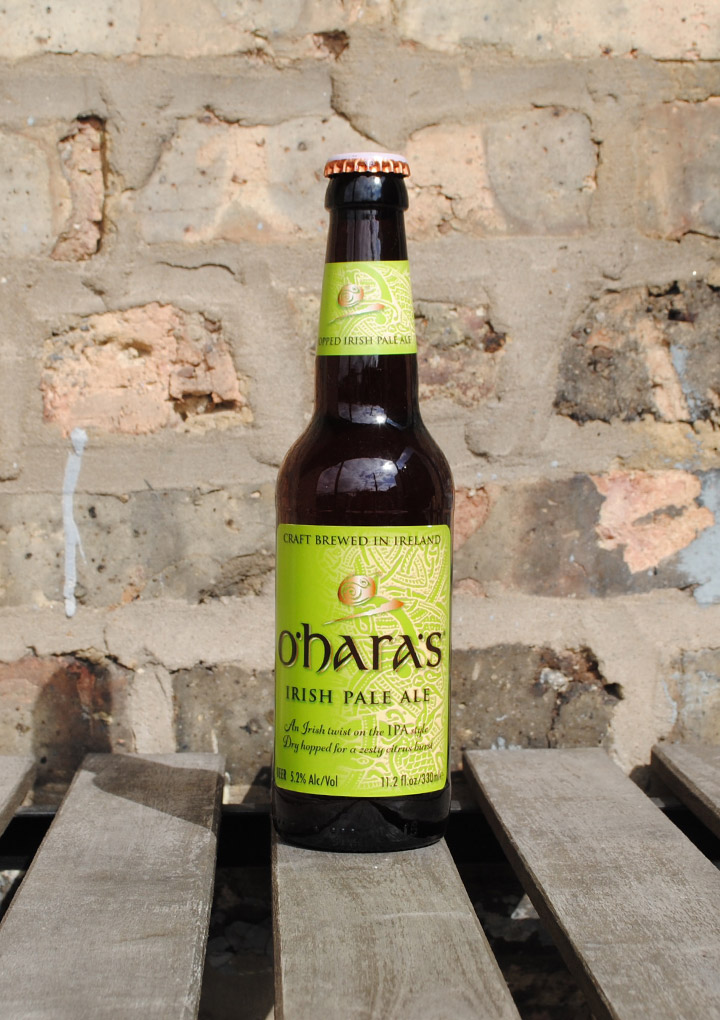 Amidst all of the Irish beers available to us in the U.S., very few are anything other than stouts. Simply put, we’ve tried very few hoppy ales from the Emerald Isle, so this “Irish Pale Ale” caught our eye. O’Hara’s is as traditional IPA (think OG English IPA), with a hefty dose of bitterness and obvious malt presence, but dry-hopped to give it a slight citrus presence. Still, a bit too much bite for us. 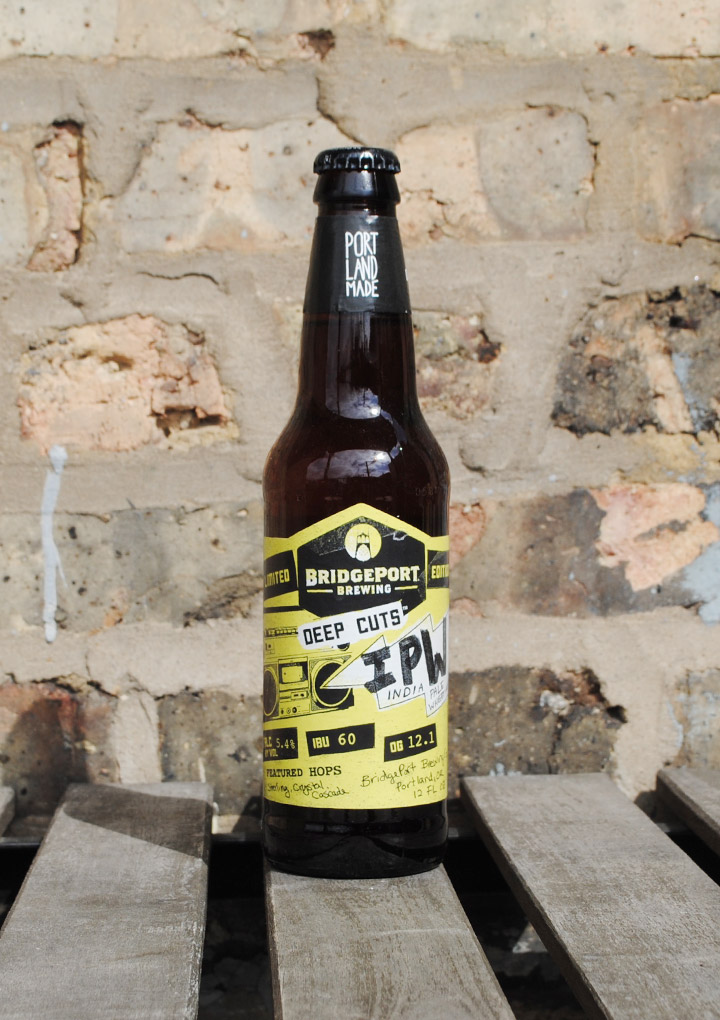 We’re starting to see more of the wheat-meets-pale-ale beers floating around, and this one from Bridgeport is an interesting take. While we expected more obvious wheat beer characteristics (balanced hoppiness meets doughy), this one drank ‘sharper’ than it’s 5.4% ABV would lead you to believe. It was certainly bitter, with a tinge of honey flavor and a metallic finish that we found off-putting. 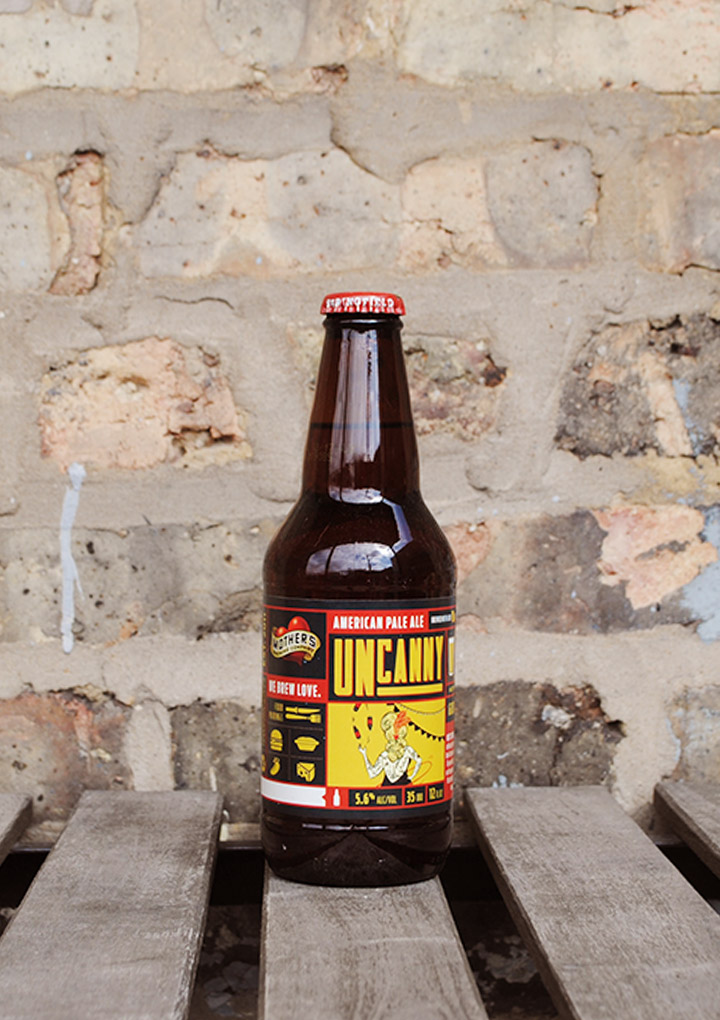 A decent American Pale Ale that gives off an immediate aroma of pine and some citrus. This is pretty hop-forward on the taste, but also has a significant metallic aftertaste that’s pretty off-putting. If bitter and pine are your taste in APAs, this might be for you. As for us, the best of this style are ones you finish and want to immediately have another. This just wasn’t the case for us. 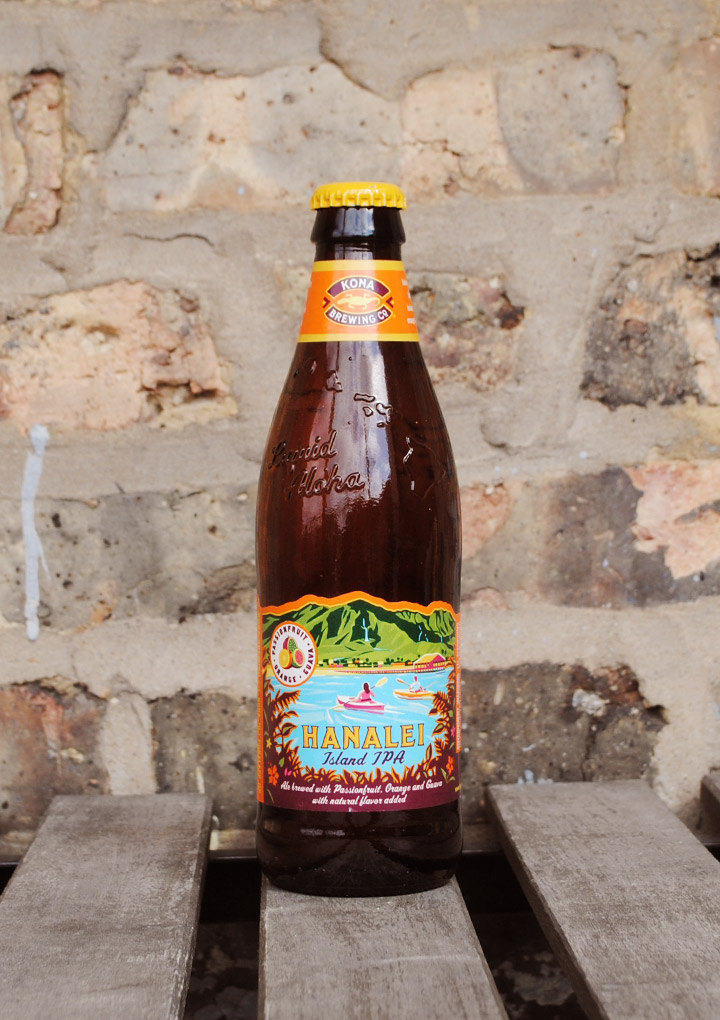 “Liquid Aloha.” This beer is clearly aimed for the summer market and promises a lot in the tropical fruit department. While it’s maybe not the fruit overload the label promises, this is an easy drinking, refreshing take on an IPA. There’s a nice malt balance here to counter the low bitterness, and an obvious presence of passion fruit, guava, and other exotic fruit throughout. This is an ideal candidate for the upcoming beach and boat season–for any type of drinker. 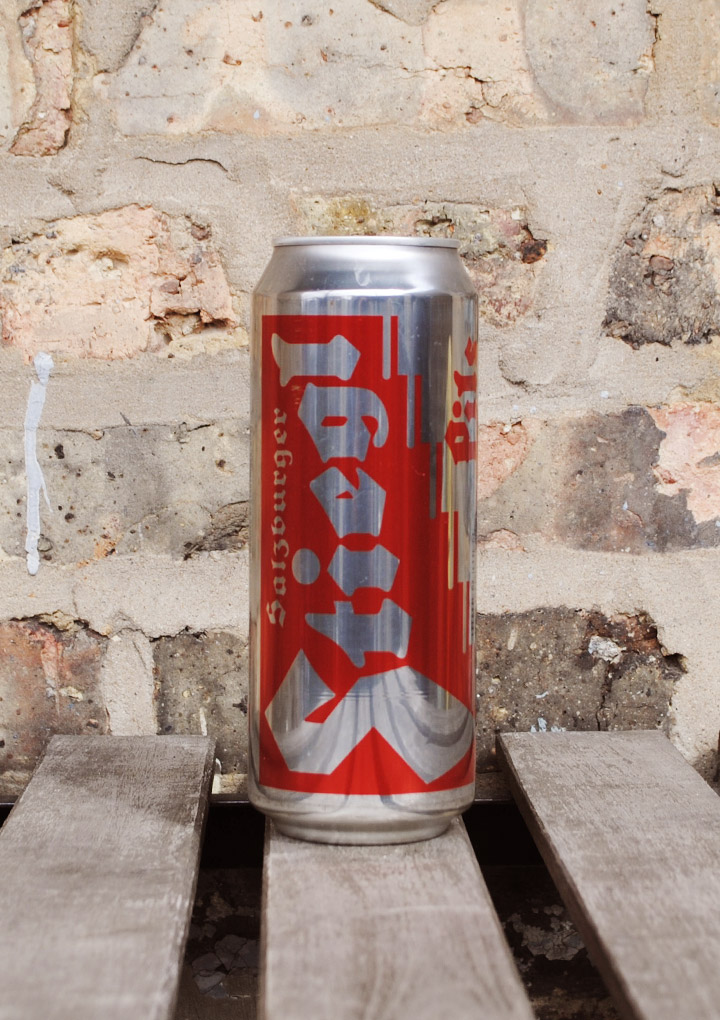 Stiegl’s Pils is a classic Austrian pils in every way. A brilliant pale straw lager with a thick, effervescent white head. There is a grainy sweetness reminiscent of fresh bread, and also something slightly metallic, yet not off putting, with a grassy bitterness and a hint of fruitiness. This pils has a clean, soft, smooth finish that reminds you that a beer doesn’t have to be imperial, barrel-aged, or limited release to be delicious. 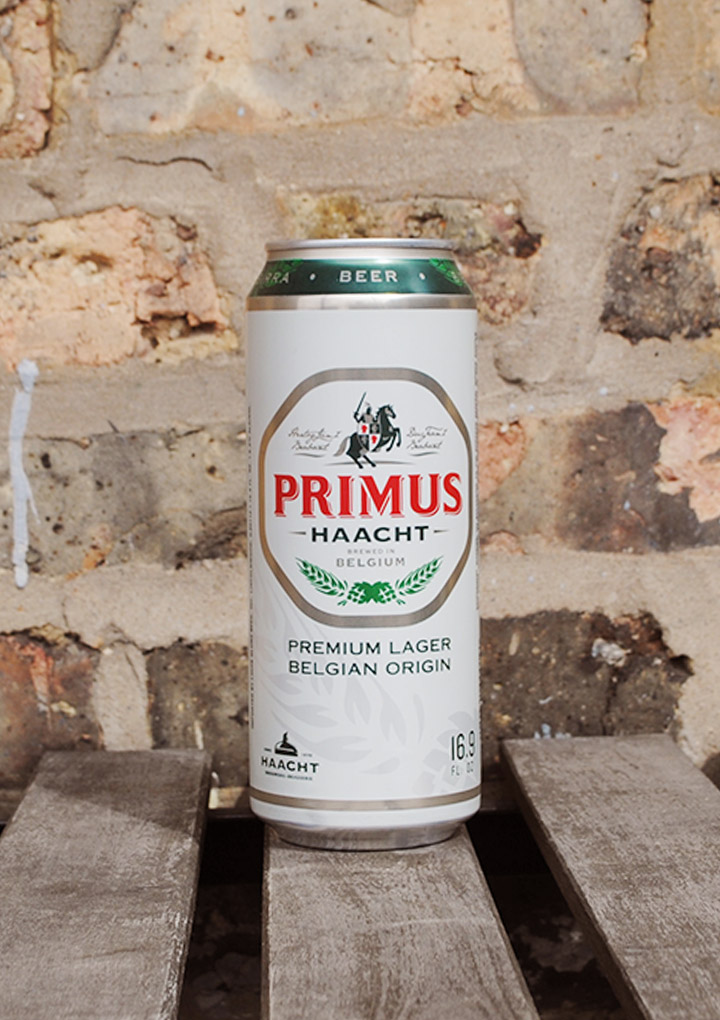 It can often become difficult to distinguish the lager offerings from some European outposts, but this Belgian version from Brouwerij Haacht is just unique enough to catch your attention. It drinks clean and pillowy, with just the right balance of breadiness you want in the style, and without the harsh bite you get from some traditionally hopped lagers. If you haven’t seen or tried this one yet, it’s certainly worth a space in your European rotation. 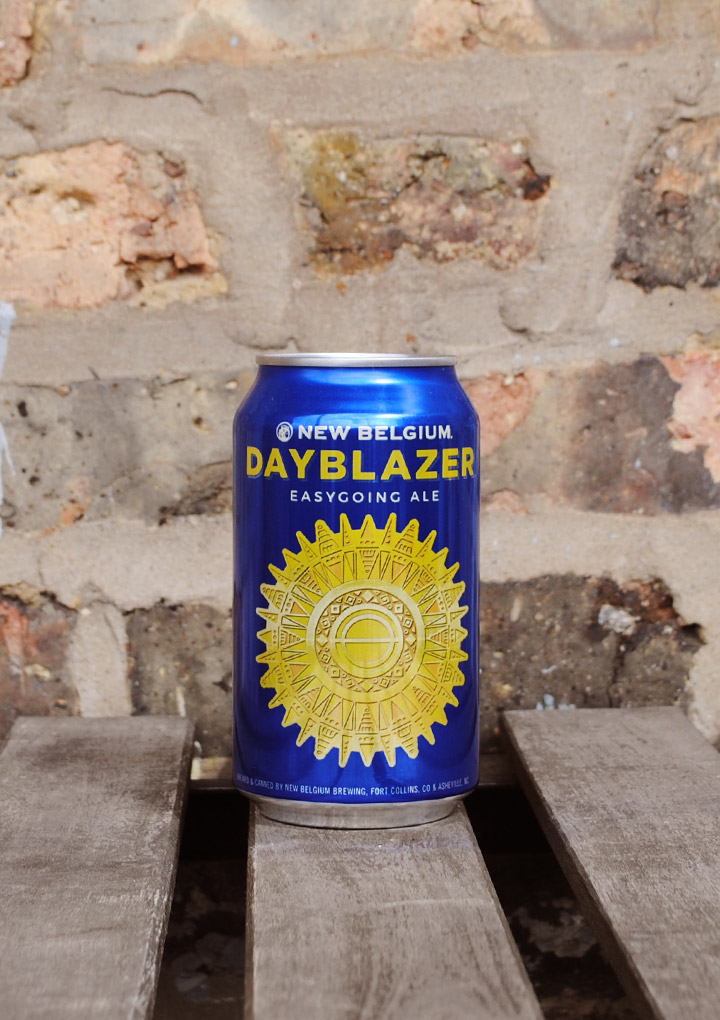 Another addition to the session category, Day Blazer is a no frills blonde ale that fits in just fine. It will have its purpose at BBQs and picnics, but it is not the most memorable beer of the bunch. There’s a mild aroma of cereal grains and honey, with just enough bitterness to let you know it’s there. Still, this one finishes clean and crisp enough to enjoy as a day drinker. 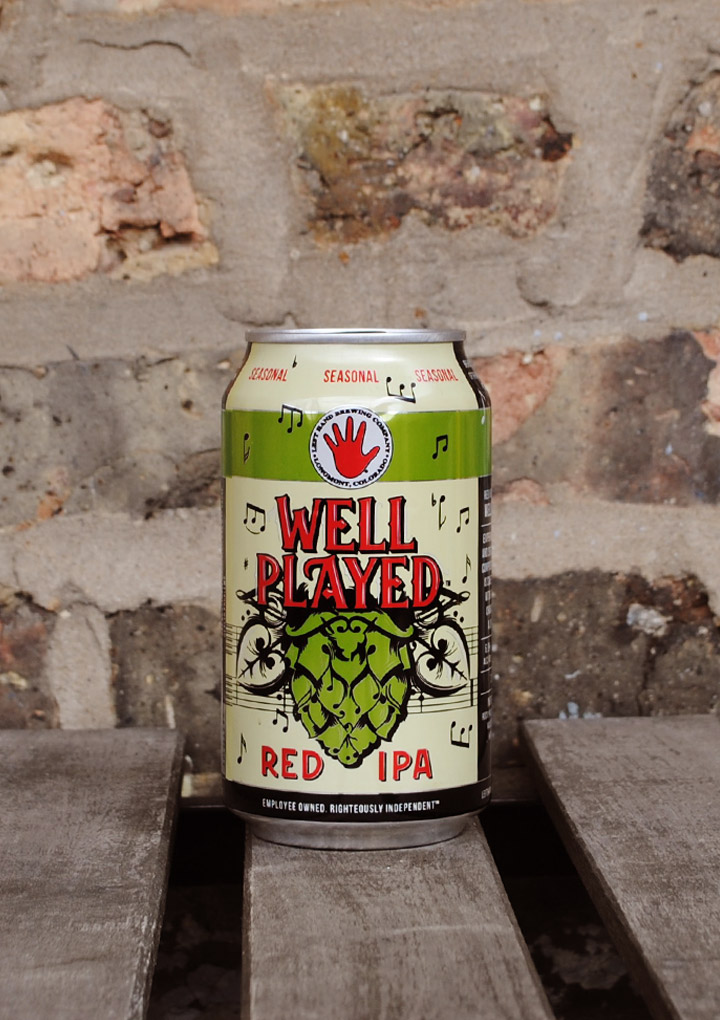 This Red IPA pours a dark golden amber hue with a thick sticky, off-white head that laces the glass nicely. Notes of sweet caramel malts, pine, resin, and some cracker are in the aroma. The malt sweetness quickly fades to a piney hop bitterness then offers a spicy dry characteristic from the rye malt. There is something old school in this beer’s approach–and delightfully so. 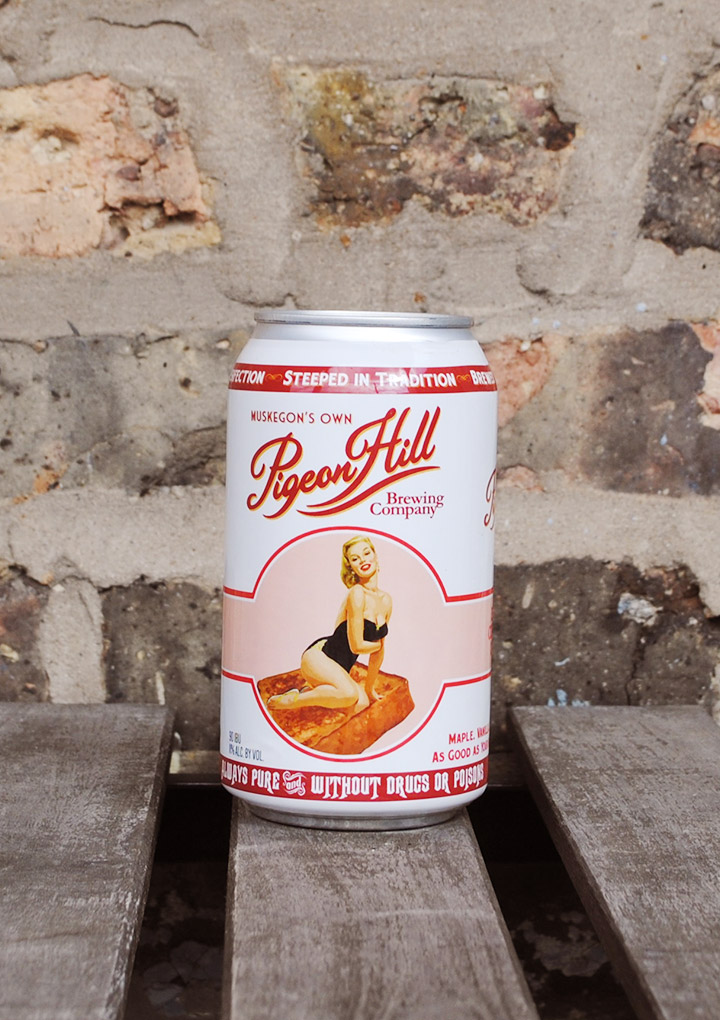 Ignore the name and ridiculous pin-up-riding-french-toast label art and you have one heck of an imperial stout here. Brewed with cinnamon and maple syrup and clocking in at an impressive 11.5%, this is not the type of beer you typically see in cans. There’s a massive hit of of coffee, and syrupy sweetness—and there’s no mistaking that high ABV. This is a beer to start your night out on the right foot—just make sure it doesn’t finish it. 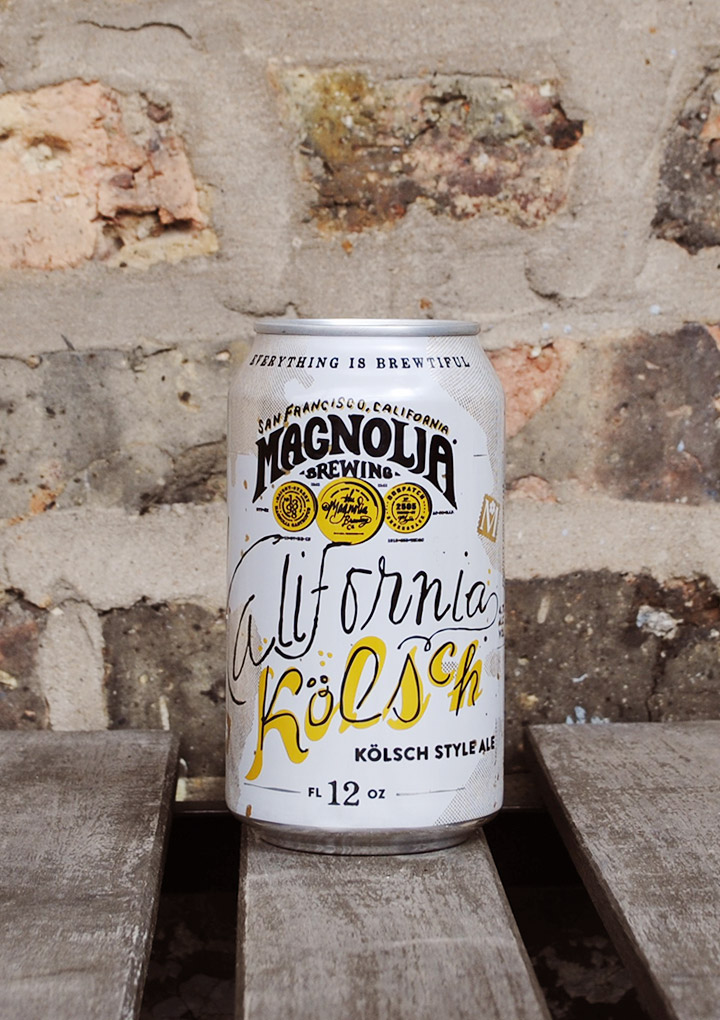 There’s something about this iconic Cologne style that just spells ‘Spring.’ And as San Francisco’s iconic brewpub, Magnolia taking on the style seems a good fit. For their first foray into cans, MB’s crisp, slightly crackery Kalifornia Kölsch makes for a welcome Spring drinker. It may not wow you, but that’s particularly the point. The kölsch is meant for easy drinking–for multiple rounds–and Magnolia’s is worth the nod should you want an approachable day drinker. 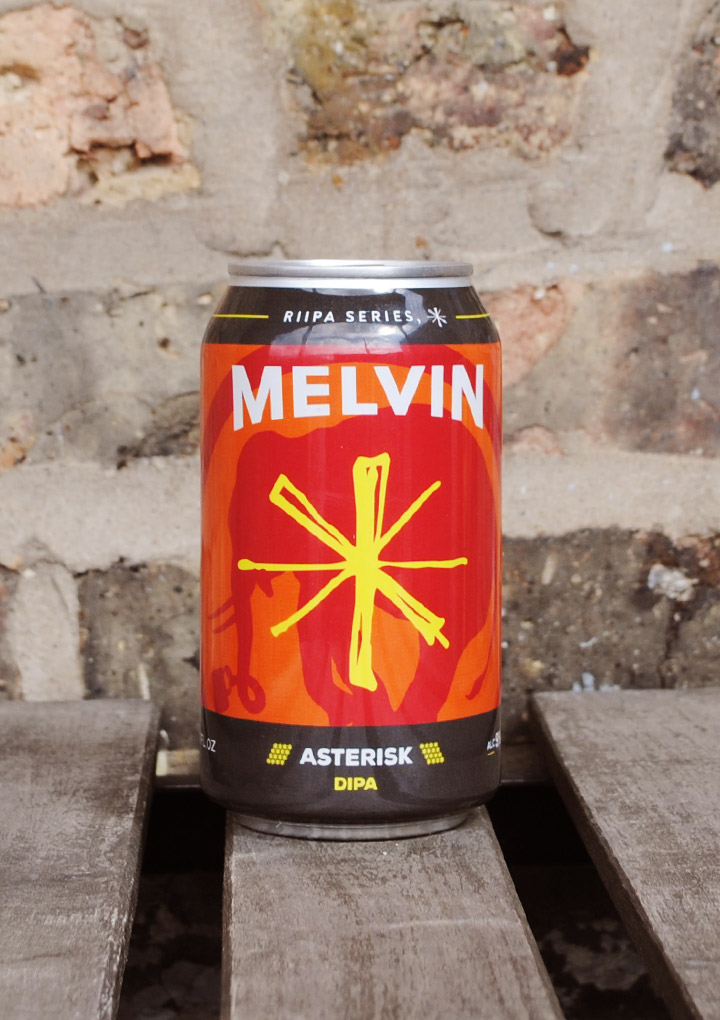 The cousin to Melvin’s flagship 2×4, Asterisk comes huge with mosaic hops that bring big aromas of pineapples, peaches, mangos, and a mild floral character. A fairly basic malt bill helps to accentuate the tropical hop aromas with additions of pine and resin as well as some mild cattiness. For being a DIPA with a sizable hop bitterness and landing at over 9%, this big IPA is surprisingly drinkable and could get many drinkers in to some trouble after crushing a couple cans. 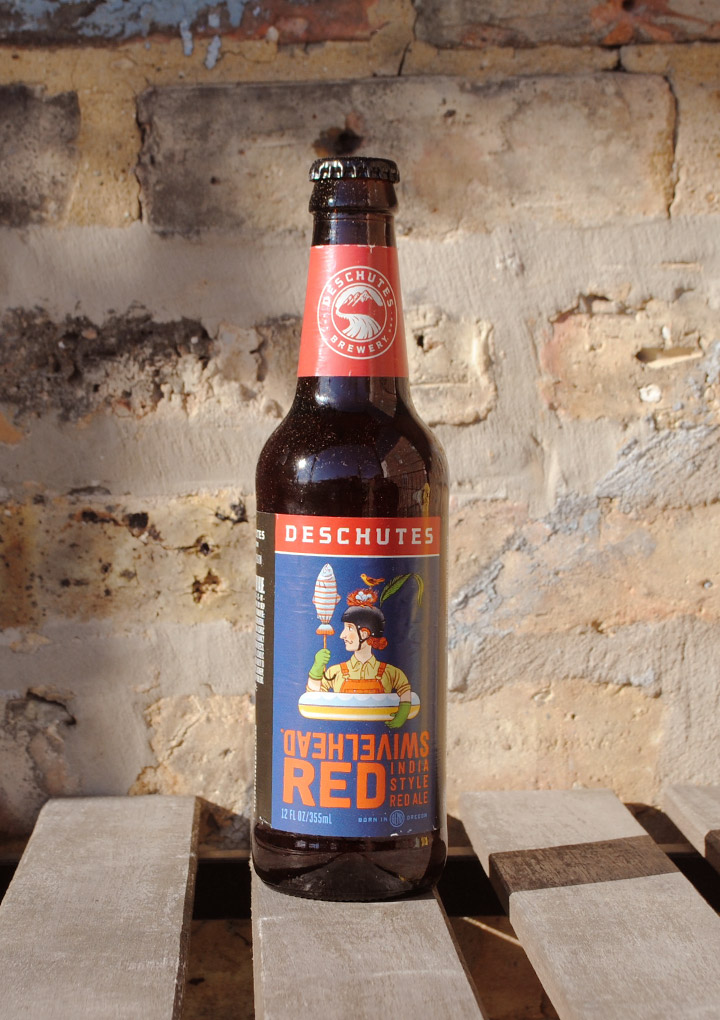 Swivelhead Red seems to be an ode to a simpler time in craft beer, albeit with a modern twist. We don’t see too many red ales nowadays, and it’s a pleasant change-up to taste a beer that leans hoppy, but has a significant caramel malt backbone to bring it back around. This is the type of beer we used to drink a lot. And while reds will rarely be the first choice today, it’s a solid option for something different from the extremes seen on many a beer menu. 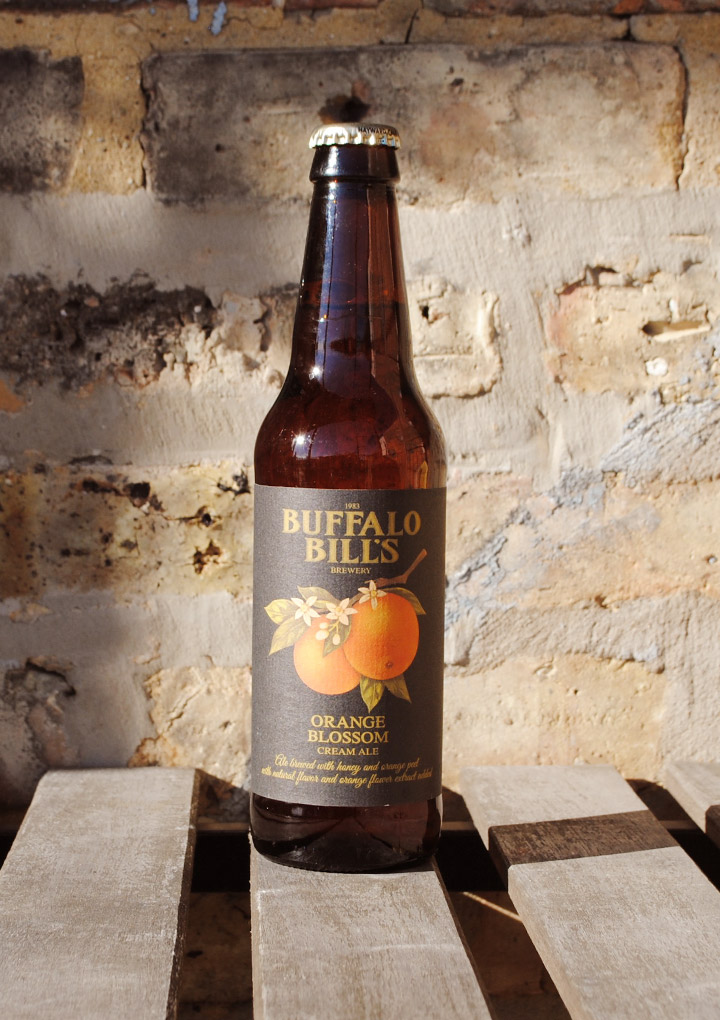 The brewery touts this beer as being “perfectly balanced,” but there’s no way to tell if this is true due to the complete domination of the flavor and aroma from the orange. The only way to describe this one is “orange creamsicle.” If that sounds like your thing, and we’re betting it isn’t if you’re reading this, this might be up your alley. In the meantime, save this one for that relative who tells you they hate beer.