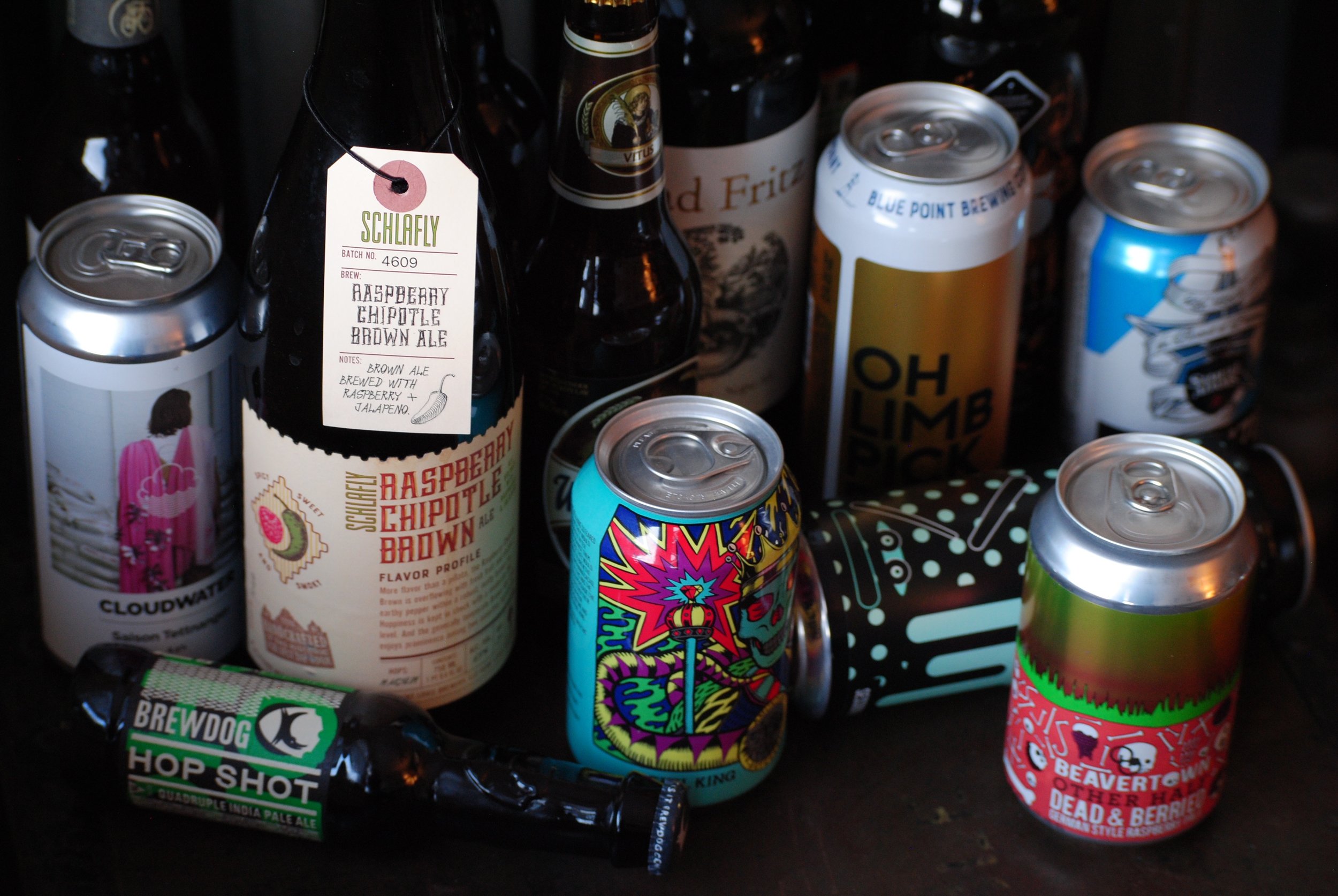 We tasted through the following 18 beers for February and rated them according to our very own interpretation of the BJCP scoring guidelines, on a scale of 100, listed in alphabetical order. We considered aroma, appearance, flavor, mouthfeel, overall impression and trueness to style. It’s not an exact science–we know this. We just don’t like to pass on the opportunity to drink more beer. This month, we explore UK offerings, pale ales are popular, and gimmicks are abound. 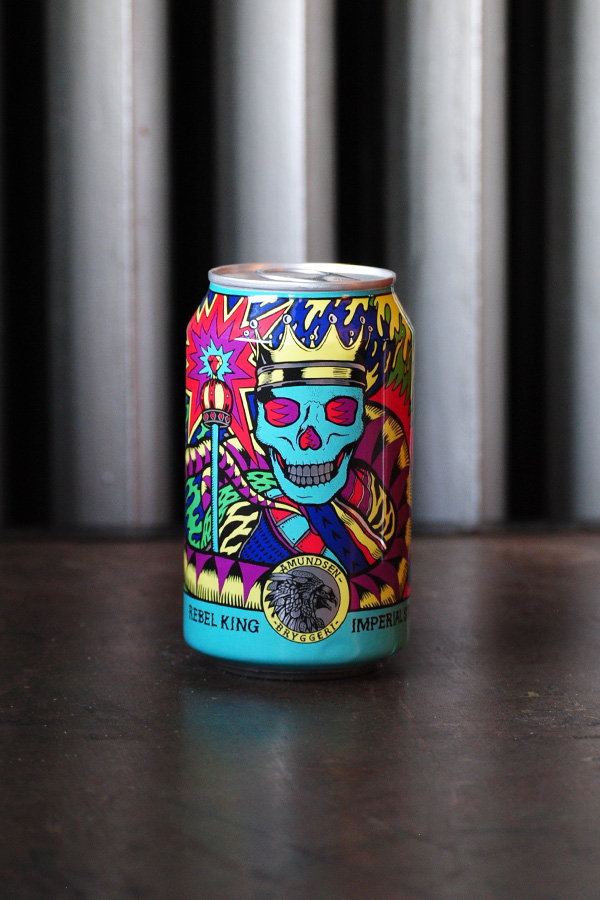 This imperial stout from Norway drinks like a cookie, in the best way possible. It’s a dense black motor oil once it settles in the glass (if you choose to pour it into one – it does already come in a 360º lid can). Immediately, the notes of vanilla and cocoa are present on the nose, and come through again throughout each sip. It’s an impressive blend of not-too-dry and not-too-milky, making for a fantastic and not-too-sweet dessert stout. 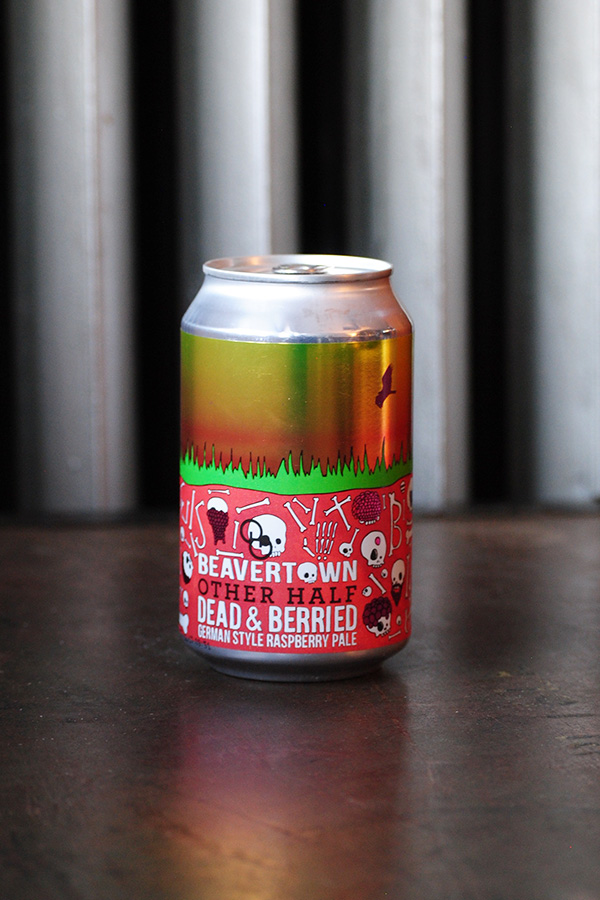 Beavertown x Other Half
Dead & Berried

Beavertown loves to collaborate, and Dead & Berried is one of a few from the London brewery’s teaming up with Brooklyn’s Other Half. Once you pour this raspberry ‘German style’ pale into the glass, you’re met with one of the most beautifully colored beers around – a hazy pinkish-tangerine ale. It’s a lighter bodied beer, for 6.2%, and is plenty sweet and berry-y. A jammy beer that’s not too tart, either. 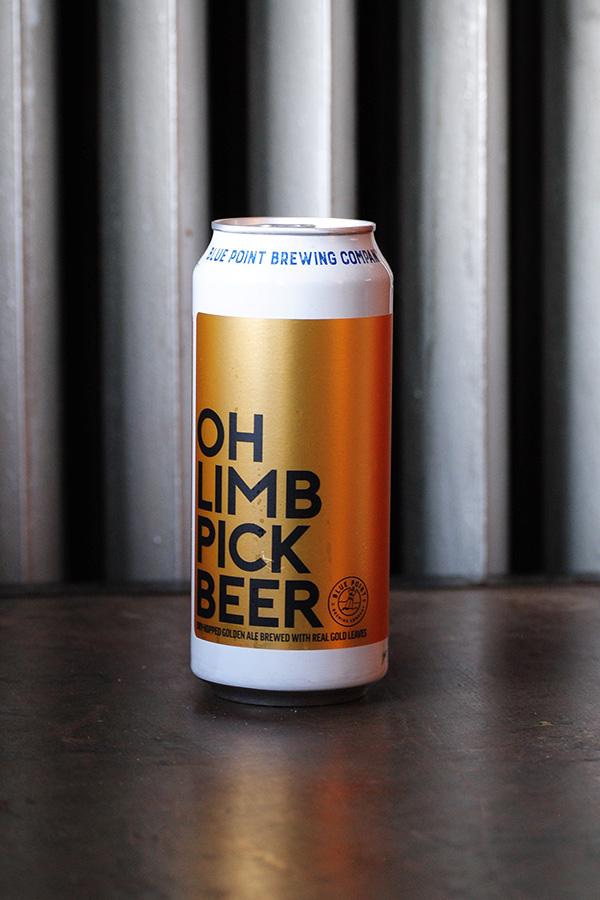 With the Winter Olympics kicking off this month, Blue Point is celebrating with the oddly named Oh Limb Pick Beer. We have no clue what the addition of real gold flakes to the boil does for your drinking experience, but the choice to dry-hop this otherwise very simple golden ale makes it interesting enough to warrant consideration. The ideal companion for sitting on your couch for the next few weeks, marveling at others’ athletic ability. 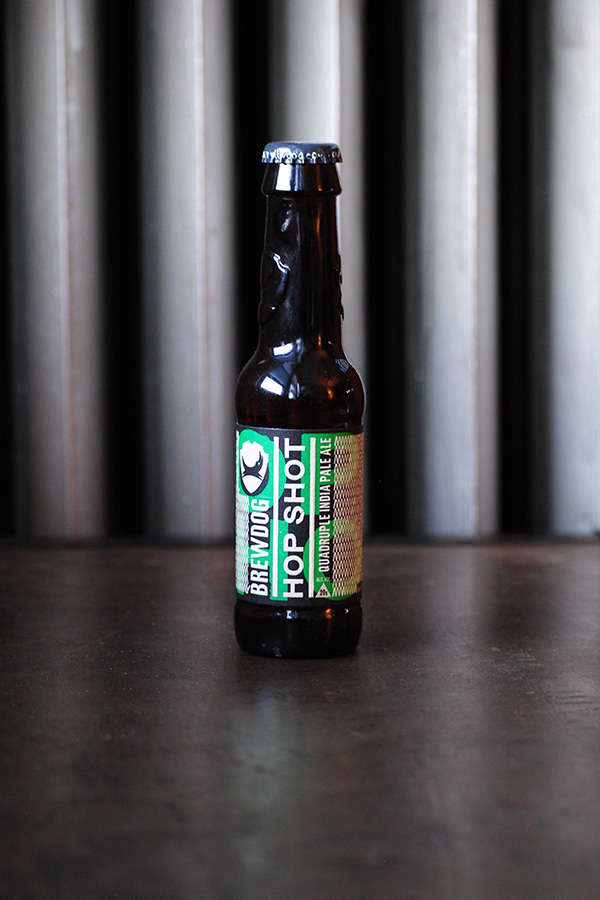 A “high velocity hop hit” is how the brewery describes their West Coast IPA turned ‘quadruple IPA’/eisbock that clocks in at a blistering 22.0% ABV. Admittedly it was gimmick alone that led us to this beer – not an uncommon approach from the Scottish brewery. And that tiny bottle 3.7 oz bottle. And unsurprisingly, this beer was…not very enjoyable. It was a viscous, sticky, hot, whiskey-like resin that most closely resembled hoppy Robitussin. 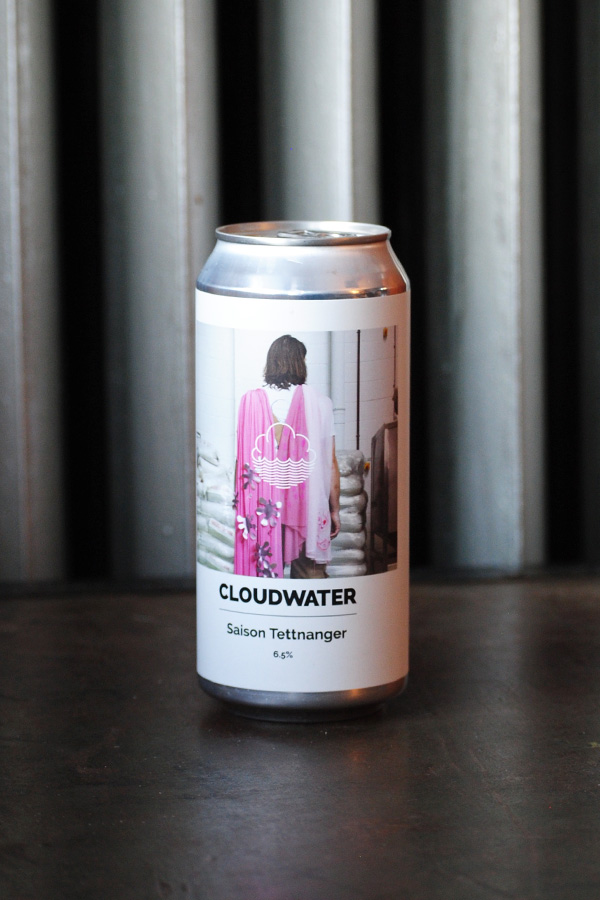 A recent UK trip had us hearing more and more buzz from Manchester’s Cloudwater (recently named #2 brewery in the world). While their hype is mostly thanks to the NEIPA, we were eyeing their saisons, and ‘Tettnanger’ was a pleasant intro. It’s a bright, clean, slightly tangy saison with the fluffiest head I’ve ever seen on a beer. The addition of chuckleberry (a cross of a redcurrant with a gooseberry), gives only the slightest hint of fruit. 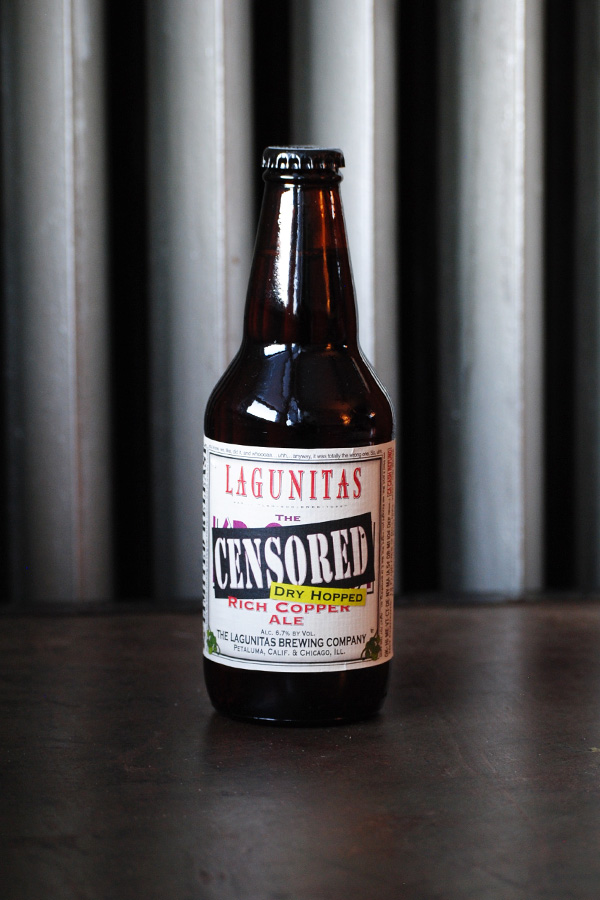 A new twist on the tried and true “Rich Copper Ale” Censored, this dry-hopped variant hits you with a big floral nose right off the bat. The base beer is rather sweet however, making for a rather off-putting combination of two beer worlds that don’t often meet. This may be of interest to those that like these niche hoppy amber ale styles, but we’ll stick to either the regular Censored or one of the many other hop-forward Lagunitas creations. 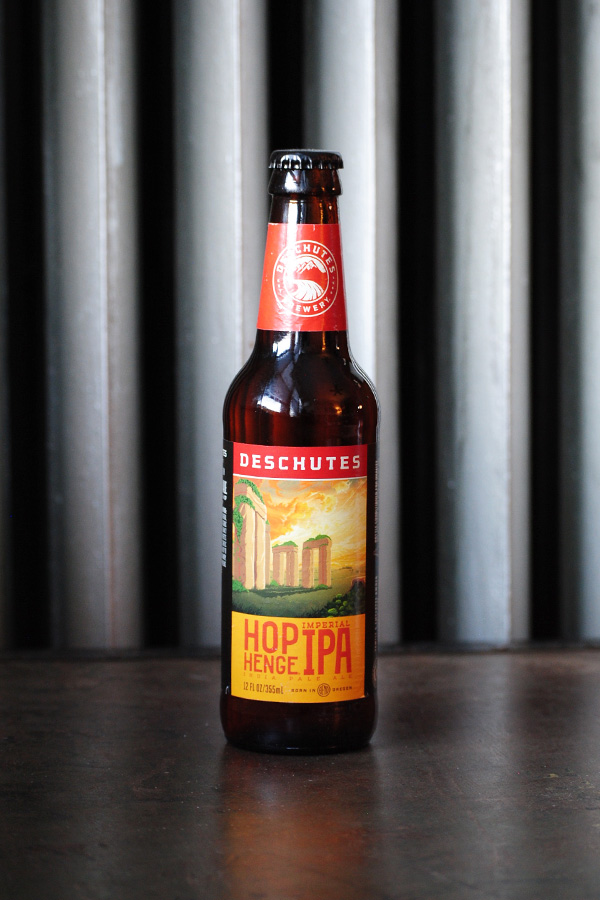 A full time release of a previously bomber only recipe, this is a showcase of all things hops. Copious amounts of Centennial, Chinook, Cascade, and Galaxy, make for a piney, resinous hop bomb of a beer. Unfortunately, there’s also a significant sweetness that isn’t up our alley but we’re sure appeals to some hop-heads. Sold in 6-packs but we’re guessing you won’t be getting through this one in a single sitting. 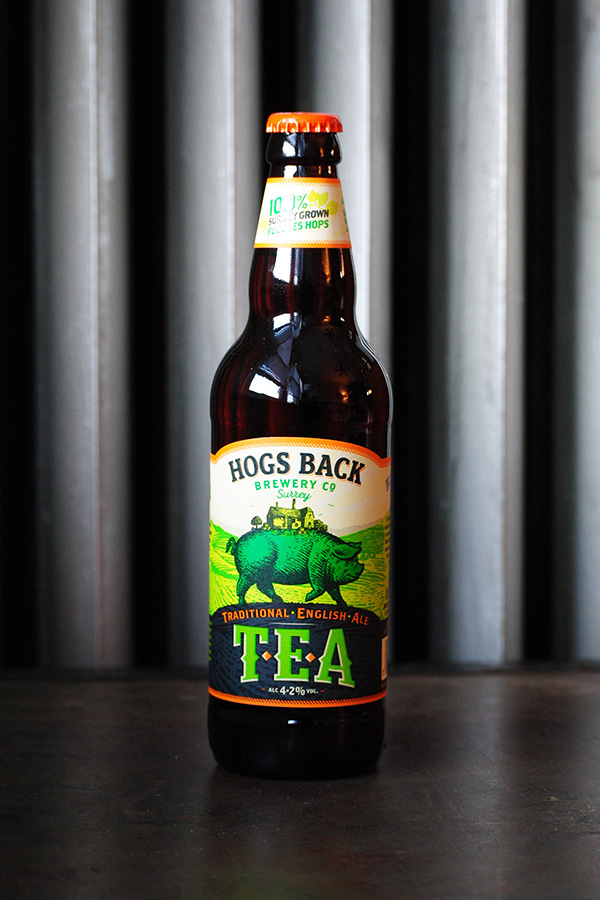 Upon seeing this on the shelf, there was a seemingly obvious association with tea. However, this T.E.A. was rather a ‘Traditional English Ale,’ and traditional it was. A robust, malty base supported this coppery-marmalade looking ale. The prominence of Fuggle hops gave it a grassy, floral bite. This is a textbook E.S.B.; not for everyone. And we recommend drinking it before it warms too much in the glass. 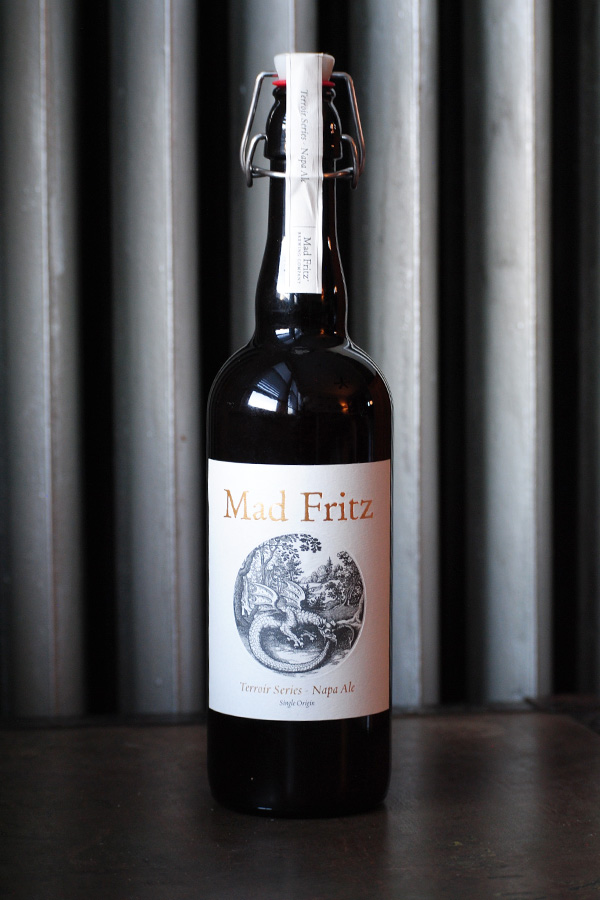 Mad Fritz is a brewery in the Napa Valley, from folks who also happen to know their way around a winery as well. Their focus on single origin beers is most intriguing, and the idea of ‘terroir’ in their recipes is apparent, as it is with this Napa Ale. The first descriptor of this one: earthy. It’s an obvious copper hue, hinting at its hefty grain bill and slight bready sweetness. This Napa hybrid is a terroir-influenced beer through and through. 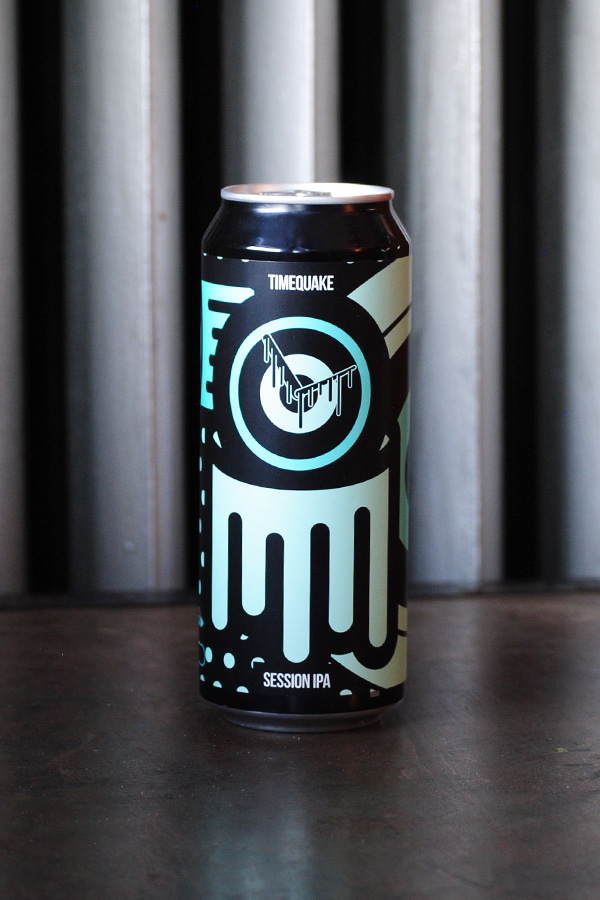 Another UK beer, another collaboration with an American brewery; this seems to be the trend… For Timequake, Magic Rock and Modern Times teamed up for an incredibly drinkable session IPA. It’s a bright light golden ale that presents a slight lemony citrus, followed by a super dry grassy hop bitterness. And is that a hint of biscuit? Papaya? It’s all around approachable, and one we’d gladly reach for again if given the chance. 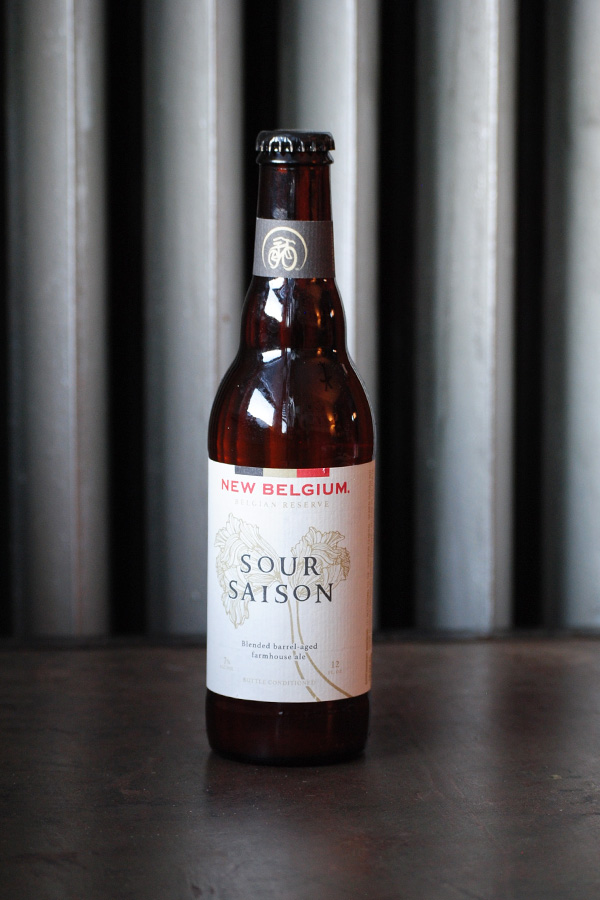 This is a beautiful beer that may not get the respect it deserves because of its name. Sour Saison isn’t very sour at all, and instead is much better described by it’s label descriptor, “blended barrel-aged farmhouse ale.” The foeder’s character shines through this incredibly well balanced French farmhouse yeast showcase. It’s very delicate, with enough going on to keep it interesting. 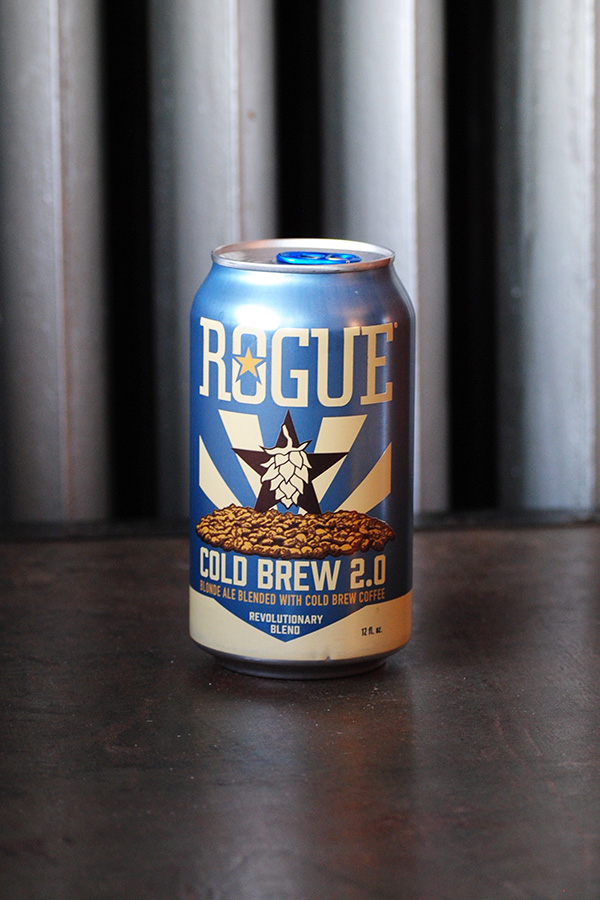 The relatively recent trend of putting coffee in beers not called stouts (see Rogue’s past efforts and Goose Island’s excellent Fulton Street Blend) continues here with this cold brew twist on a blonde ale. Unfortunately, there’s a significant vegetal aroma on the nose that follows right through to the taste. Whether this is a result of the coffee or the base blonde, we’re not sure, but it’s too off-putting for us to truly recommend. 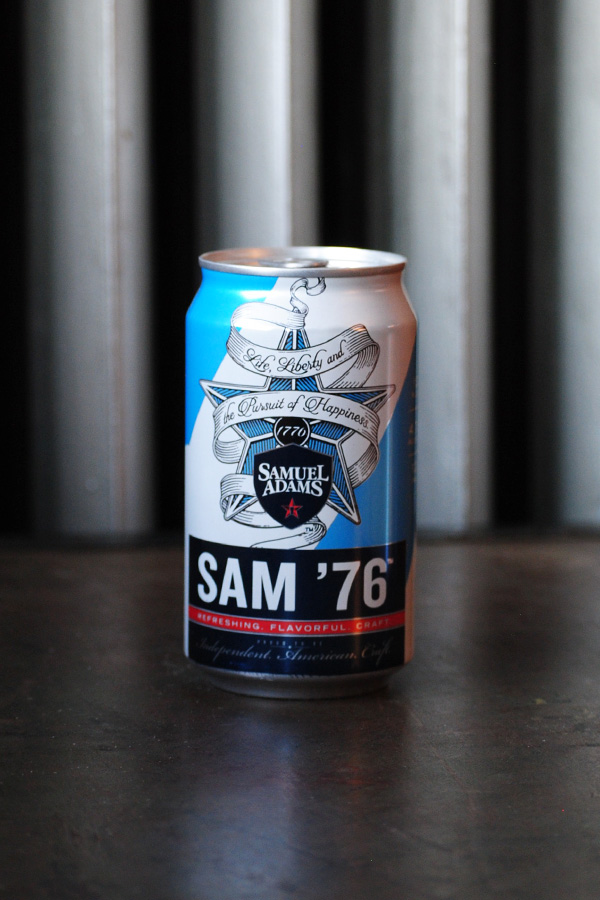 Give props to Sam Adams for trying something new here with what they’re calling “tag-team fermentation.” Using separate fermations of lager and ale yeast which is later dry-hopped, the nose gives off a surprisingly big tropical hop aroma. It’s a pretty light beer overall and won’t hold your interest for too long, but we’re guessing that wasn’t the brewers’ intent here. It’s certainly not as “revolutionary” as the brewery claims, but it’s an easy slammer nonetheless. 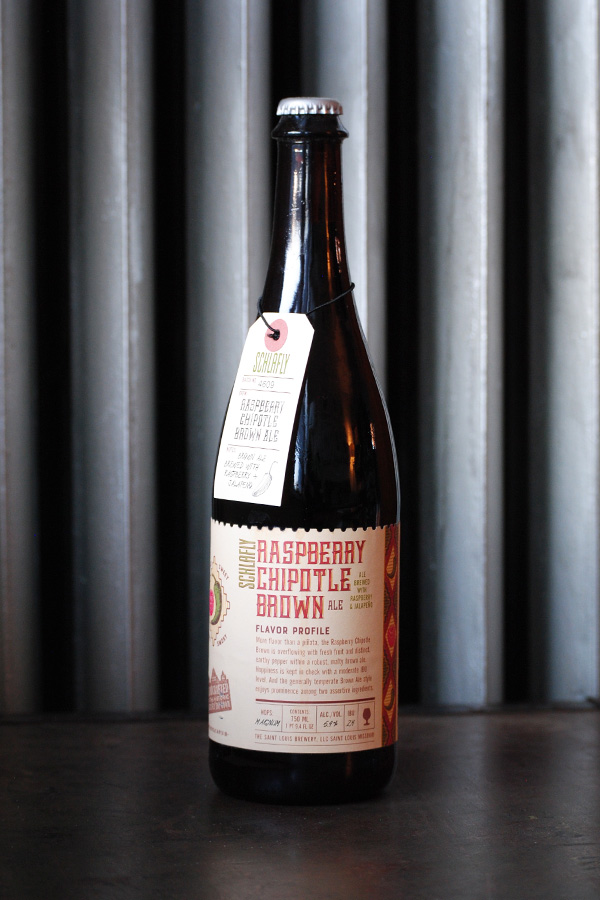 The craft brewery from St. Louis has been on a tear lately, concocting some of the more interesting recipes we’ve come across, and this was no exception. While the name/style alone didn’t get me salivating, I was still very intrigued. This is a brown ale with attitude. It’s smoky, leathery and chewy. It almost came across as a very “meaty” beer, if there is such a thing. The spice and heat from the peppers is met with a jammy sweetness from the berries. It’s as if you were drinking a smoked jam. 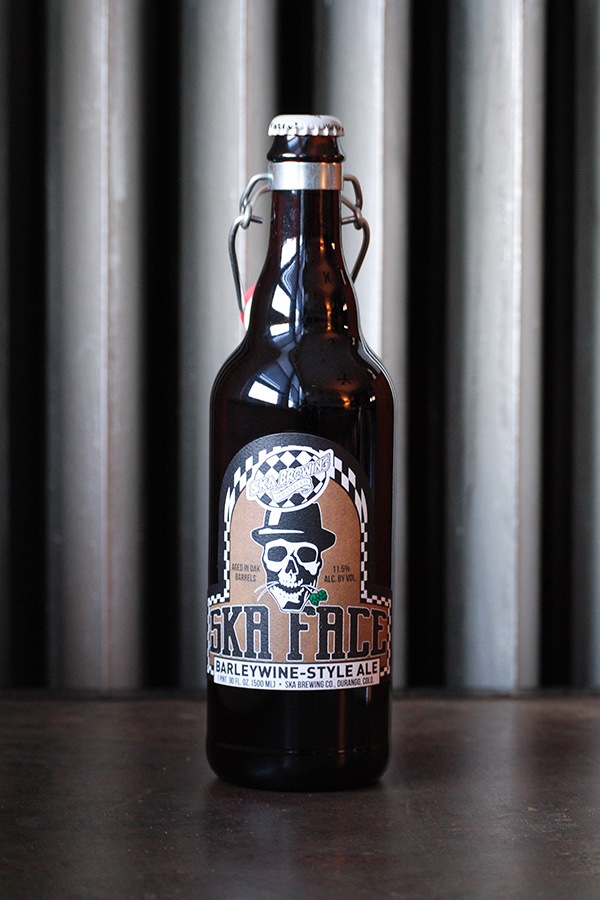 This beer is as unapologetic as barleywines come. At 11.5%, it’s a bruiser, disguised behind its toffee-like buttery smoothness. It’s got a pronounced caramelly mouthfeel and chewy body. And while it’s not too ‘hot’ for a boozer this big, it does leave you with a bit of lingering sweetness that might not please everyone. We were able to get past that, and really enjoy it for each sip. 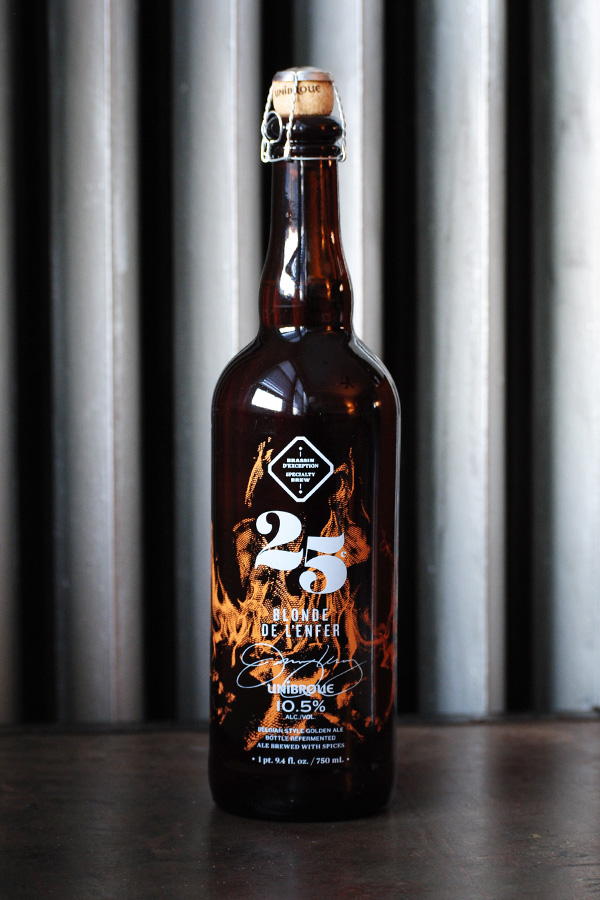 For the Quebec brewery’s 25th anniversary (2017), they chose to craft a wolf in sheep’s clothing. The beer, a yeasty golden ale in the style they’ve become known for, is just that…but seemingly doubled. Named after a demon, it’s a reference to the beer’s deceitful drinkability. All the telltale signs of a Belgian golden ale are present: yeasty esters, dark fruit, breadiness; times two. 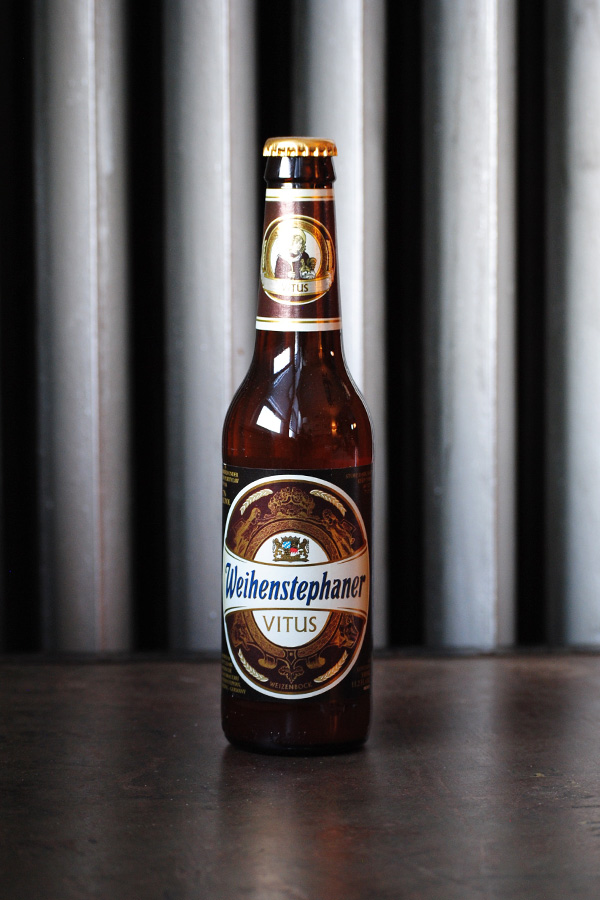 Coming from the world’s oldest brewery, we went in expecting something similar to their flagship Helles. This is so much more, however, featuring a heavy dose of banana and clove sweetness that highlights the yeast over all else. A perfect example of the Weizenbock style, from one of the world’s most respected brewers. 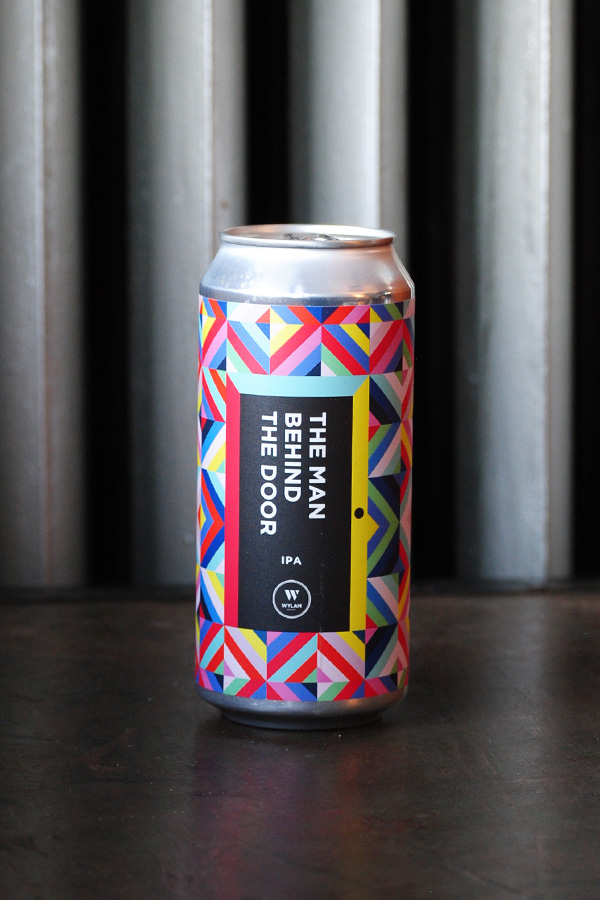 Wylam The Man Behind the Door

This is one yeasty, cloudy, doughy IPA from northern England. It’s reminiscent of a well executed APA, with it’s tangerine-citrus meets pineyness combo. There’s a bit of hay-like funk on the end that leaves a dry finish and slight bite. Overall, this is a very ‘pleasant’ new age IPA, from the country that invented the style.