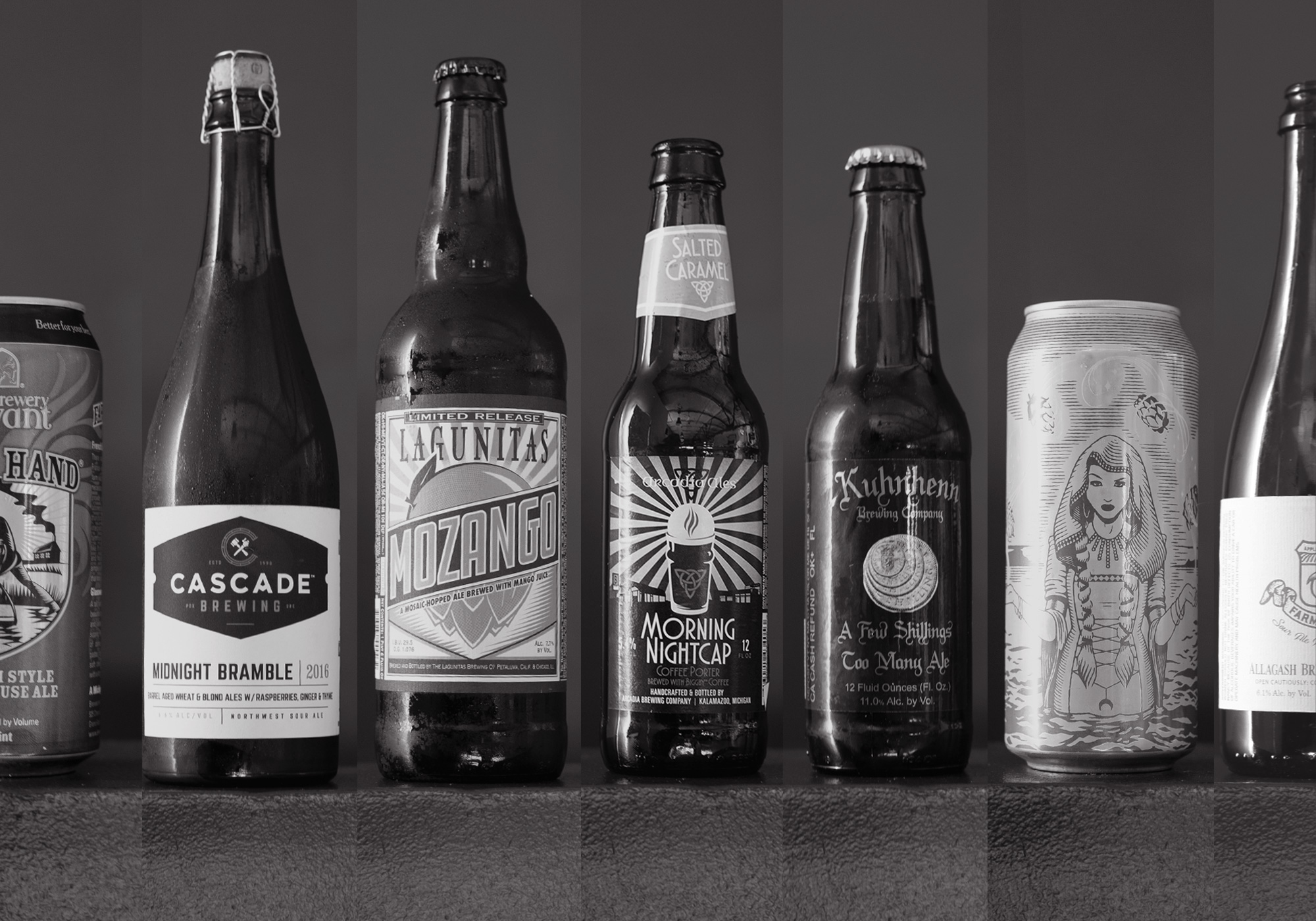 Related Reads
Beer
What Exactly Is a Helles Lager?
Beer
A Review of CYGNUS Blend B, from Black Project Spontaneous & Wild Ales
Beer
Beer · People · Purpose: The Story of The Virginia Beer Company
16 beers for October and rated them according to our very own interpretation of the BJCP scoring guidelines, on a scale of 100, listed in alphabetical order. We considered aroma, appearance, flavor, mouthfeel, overall impression and trueness to style. It’s not an exact science–we know this. We just don’t like to pass on the opportunity to drink more beer.

This month we have a number of entries from Michigan after a trip to our neighbor state, and styles of all kinds—malty, hoppy, sour, barrel-aged—are reviewed as the seasons change and our seasonal palates broaden. 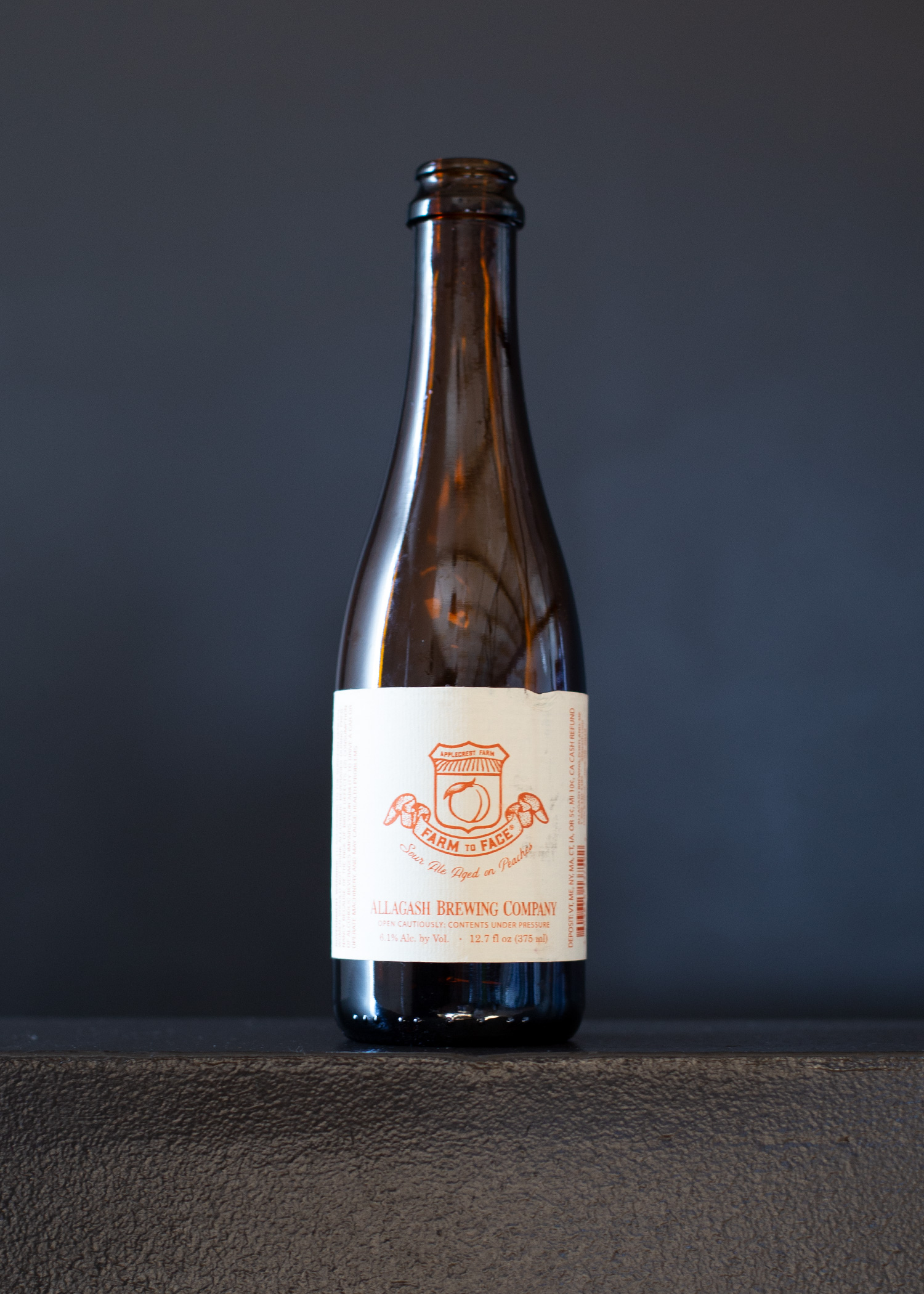 Farm to Face is like a bite into a juicy peach (3lbs were used for each gallon of wort), but immediately brings on a definitive tartness and a dry finish. Brewed as a pale ale, this beer then gets introduced to a house yeast in the tank, sits for 10 months, then gets additional Pediococcus and Lactobacillus, making for a distinctly funky and tart sour. 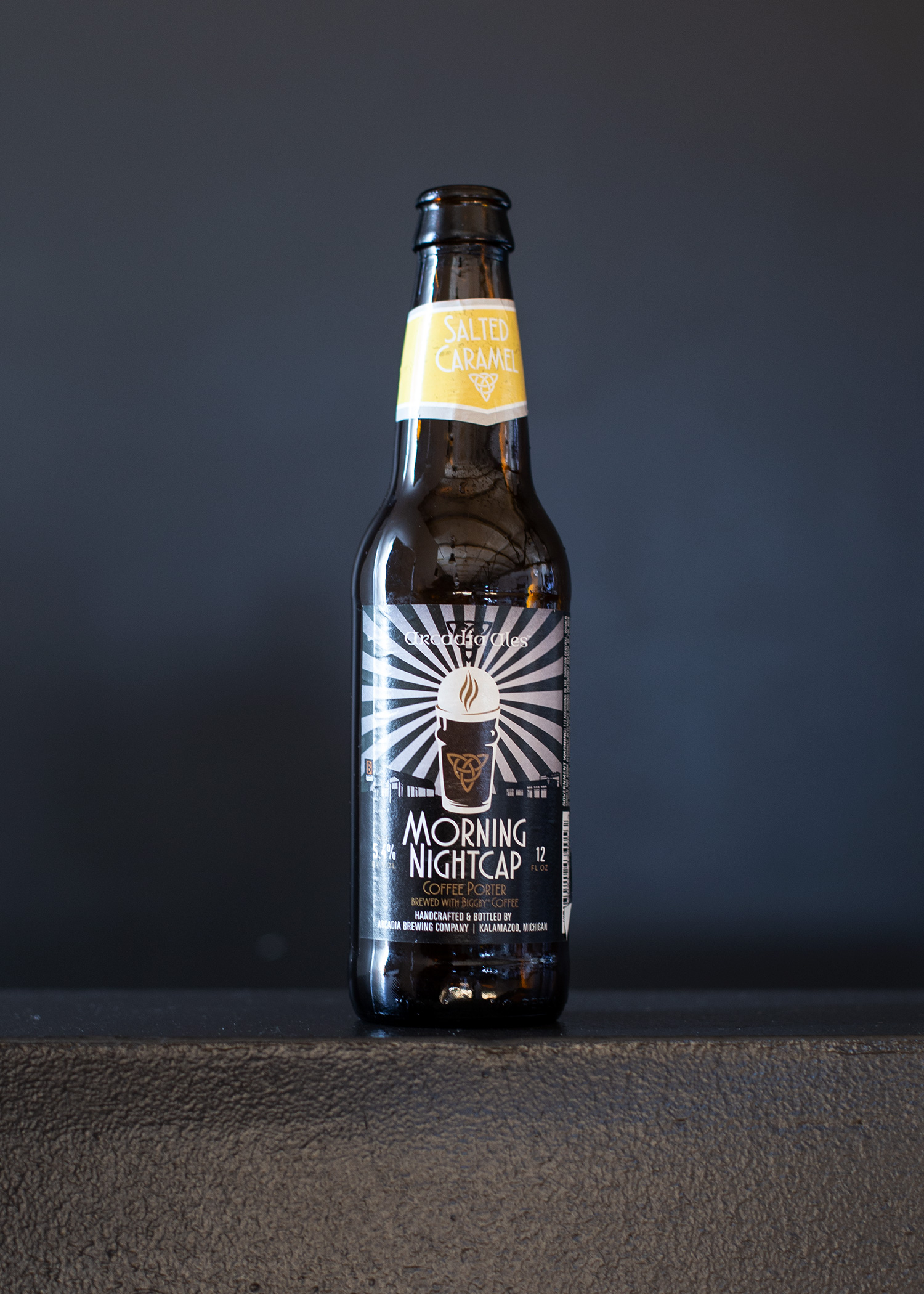 This beer emits intense aromas of chocolate and espresso, and pours a deep brown in the glass. Upon first sip, you’re hit with a noticeable sweetness–that anyone who has ever had a Biggby Coffee will understand (sugary)–this is thanks to the addition of salted caramel. Unfortunately, the roastiness is overpowered by the sweetness here, making for an overly candied porter. 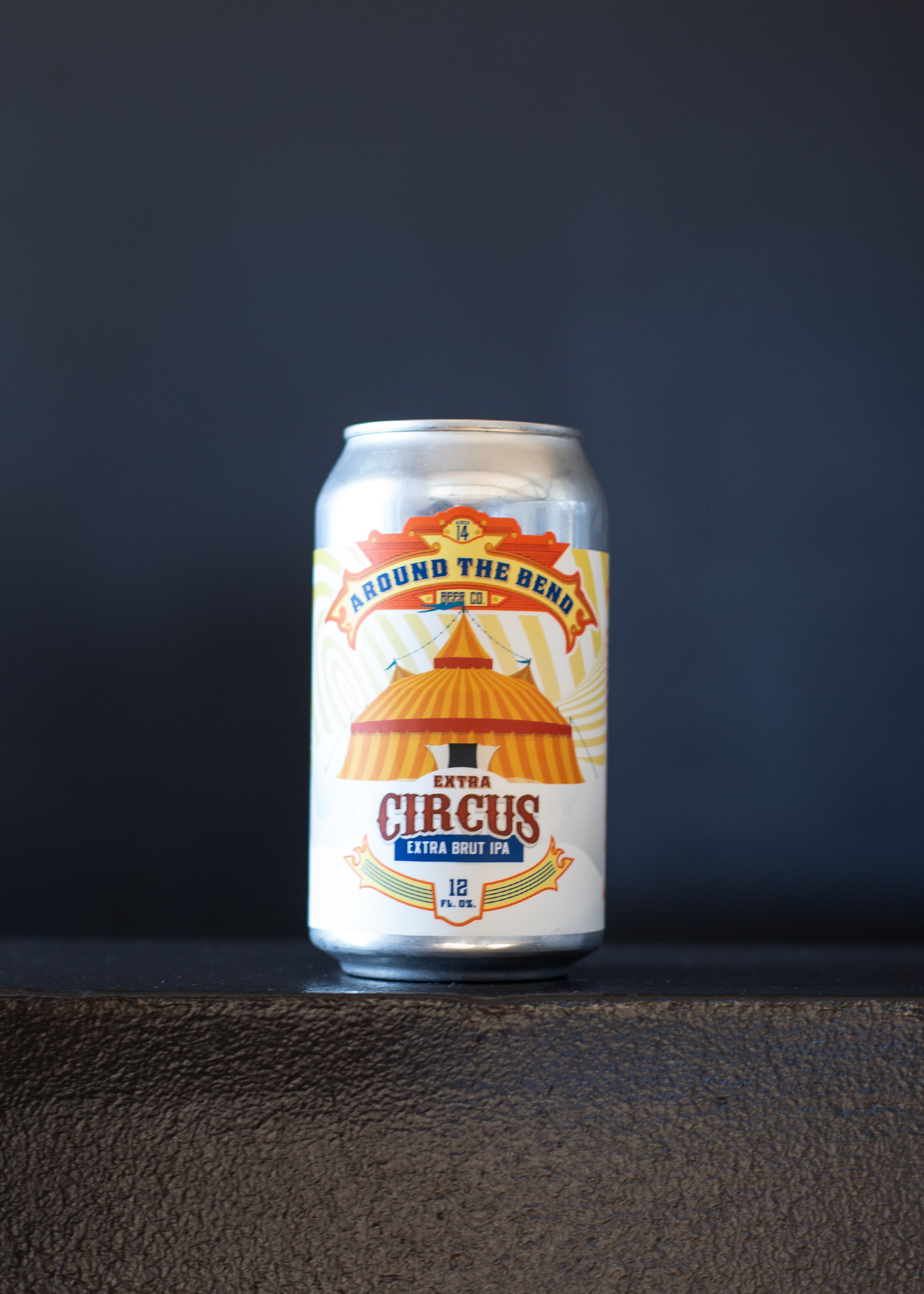 AROUND THE BEND
Extra Circus

As more and more brut IPAs make their way onto the shelves, the ‘style’ is becoming as tricky to differentiate as their hazy, juicy cousins in some cases. Still, ATB’s version, is a pleasant hop-spice-meets-citrus-tang combination that will welcome any newcomer to the style. The spice characteristics give way early to a low bitterness and light candied fruitiness–orange/lemon–and of course finishes with the expected champagne like dryness. 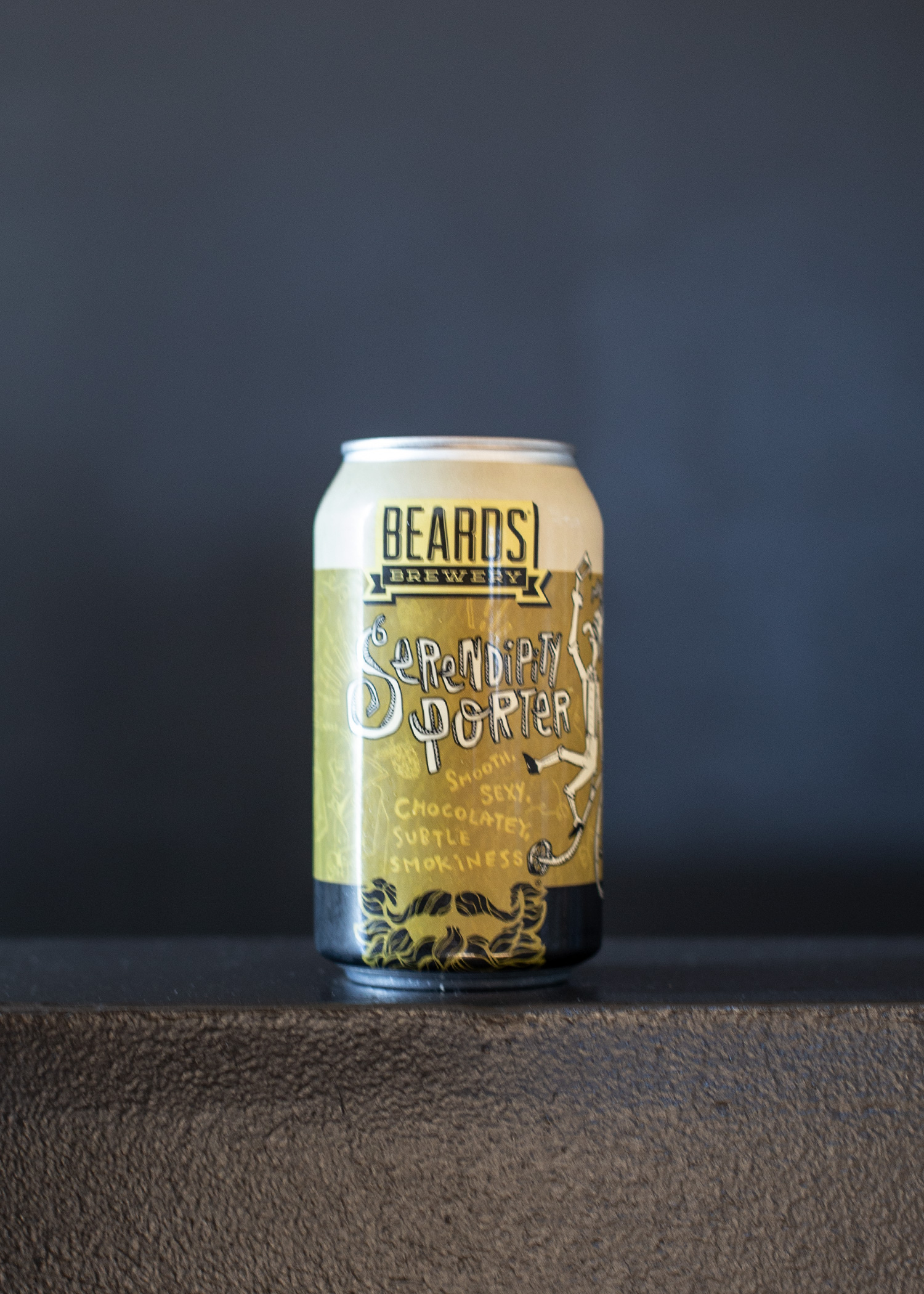 Serendipity is a solid porter at a reasonable ABV. There’s a pretty big chocolate nose up front that carries all the way through to the end. We were also pleasantly surprised to taste a subdued but significant smokiness. This isn’t enough to turn away haters of smoked malt, but it adds just enough to the body that we’d consider this a great food pairing for certain dishes. It also lacks much sweetness, making this an unexpected session porter. 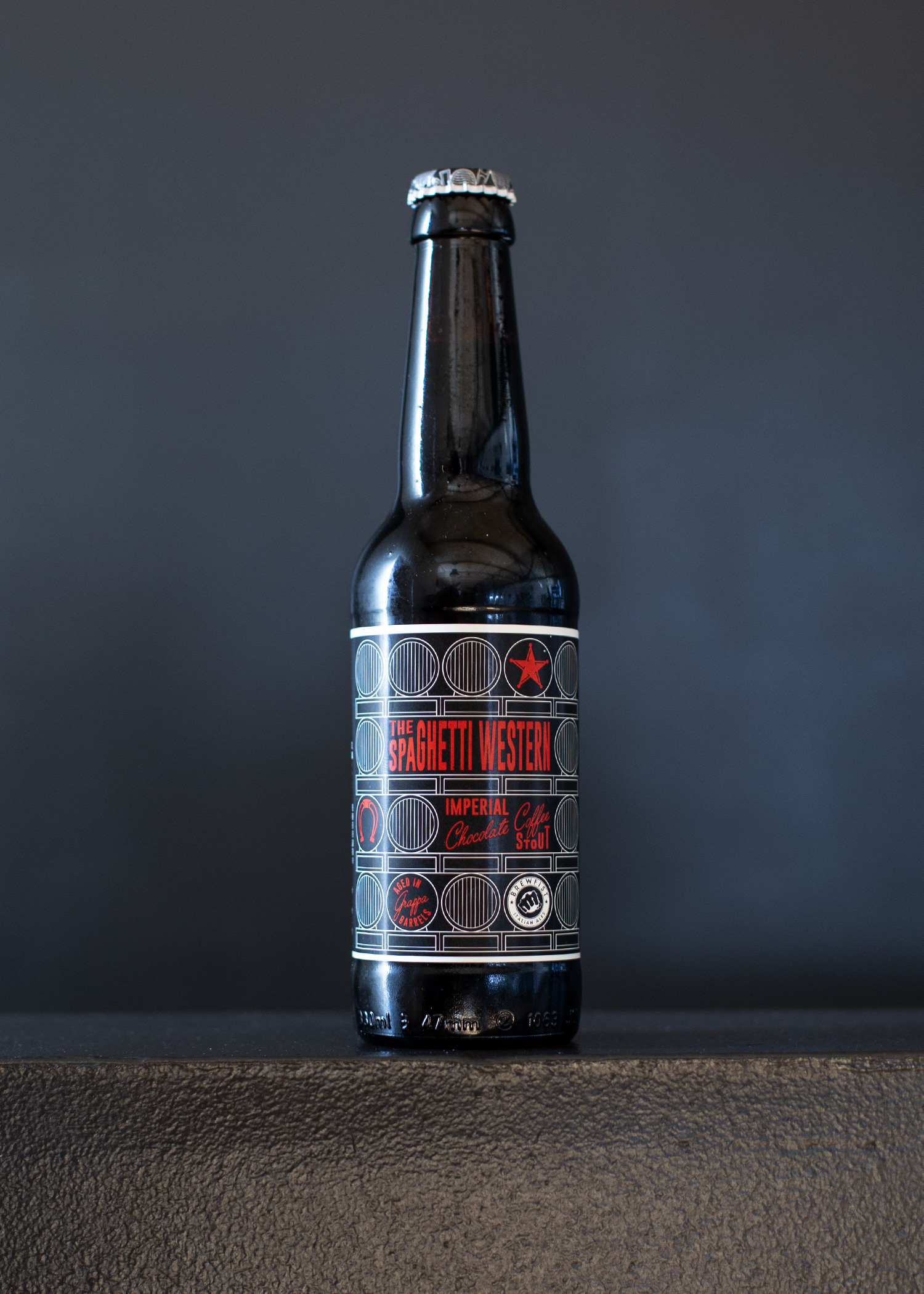 There’s so much going on in this beer, we barely know where to start. A collaboration between Italy’s Brewfist and Oklahoma’s Prairie, the beer features coffee, cocoa, and…spaghetti. It’s also aged in grappa barrels. The aroma is mild green peppers and metal which isn’t exactly appealing. The taste is better, with bitter coffee and chocolate dominating. We don’t get much of the barrel character and the spaghetti…well that’s just lost on us. A bit of an odd one, to say the least. 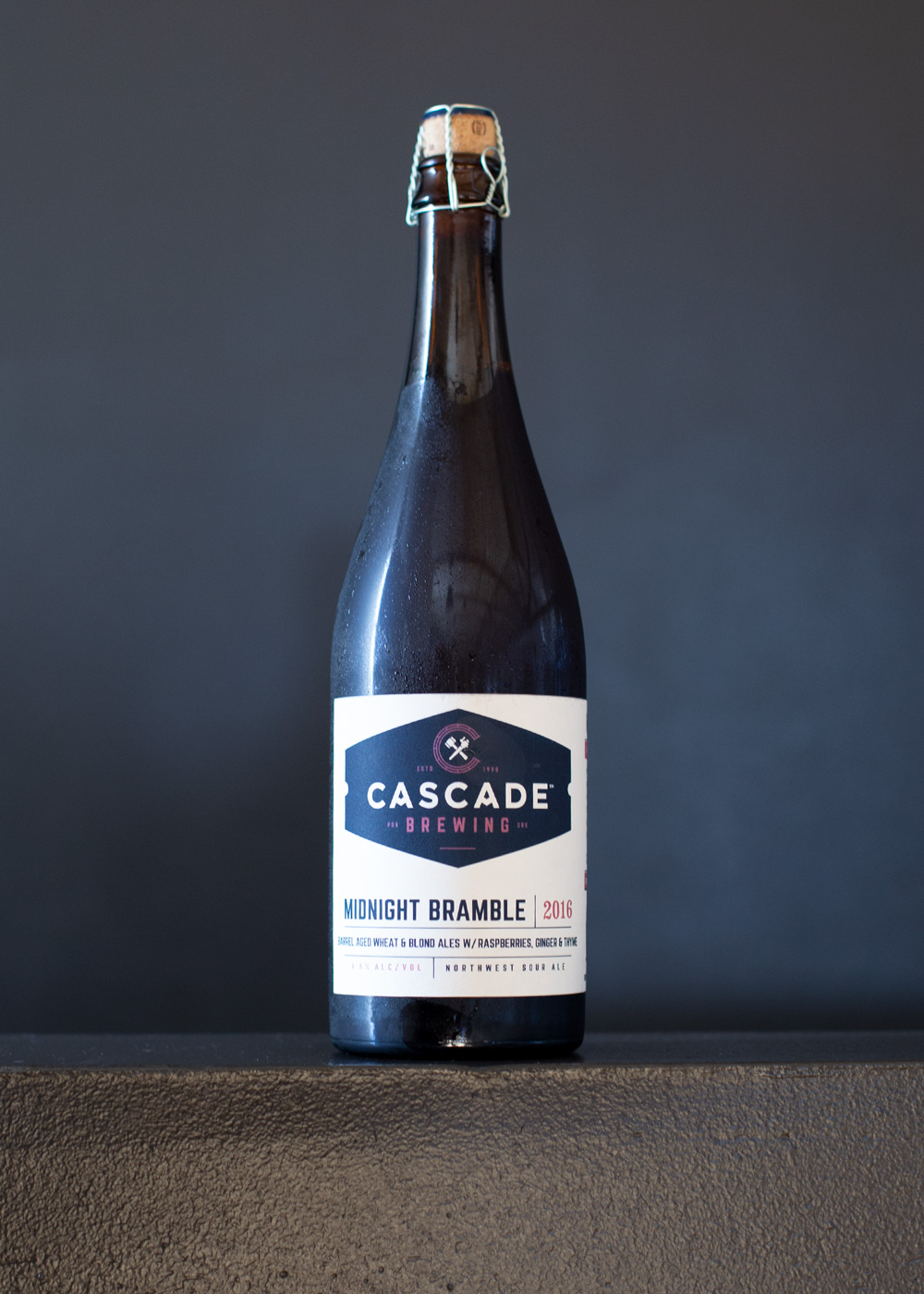 Cascade puts out some of the most consistently impressive, and sometimes intimidating, sours anywhere. Midnight Bramble has a lot going on, but takes a welcome (though slight) step back in terms of acidity. Pouring a deep purple, the tart raspberry is the dominant flavor, with subtle ginger, and the thyme showing up right at the finish. It’s still a Cascade sour, showcasing big flavor and sourness, but this would be a great place to start for those getting in to barrel-aged sours. 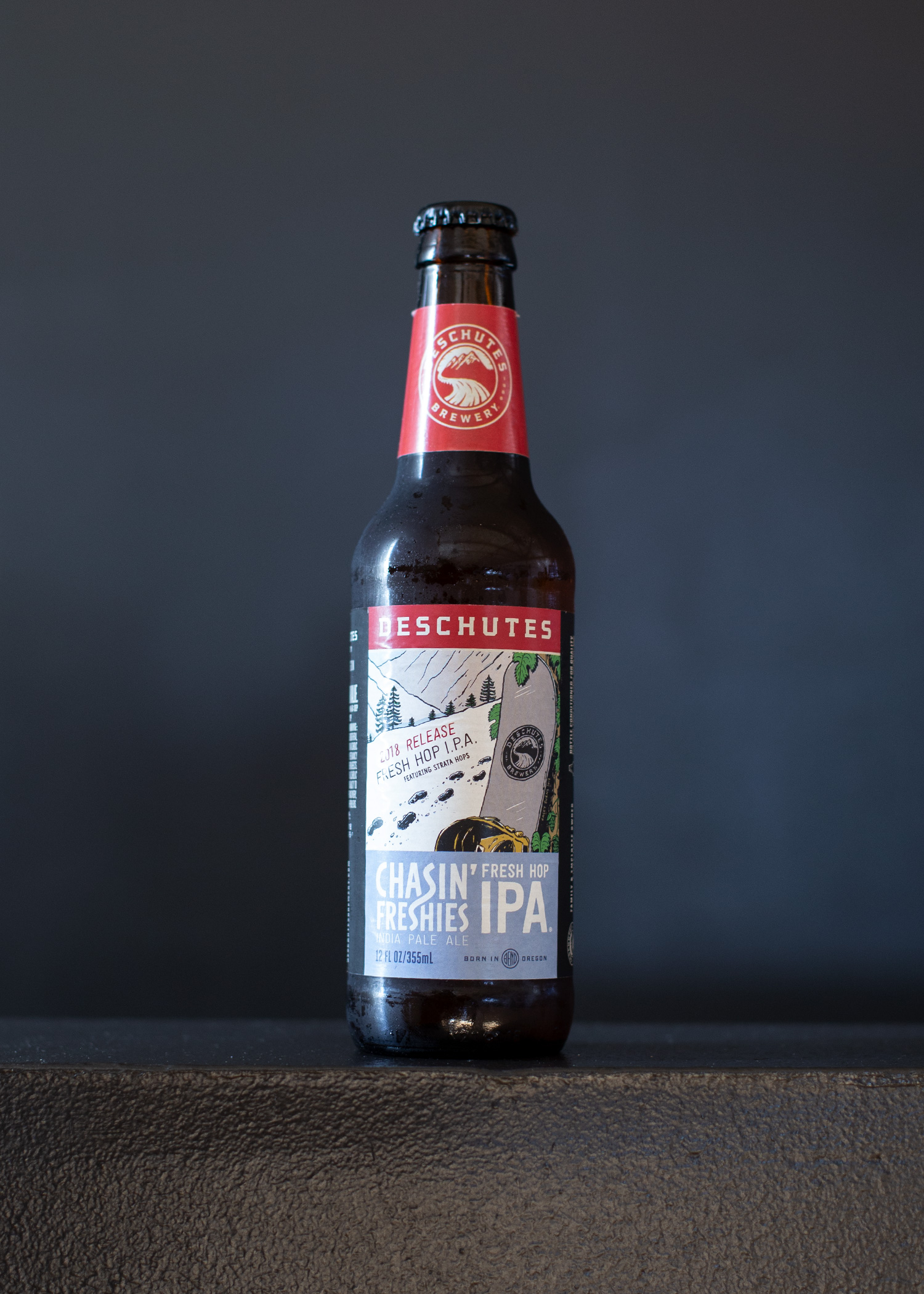 In the spirit of early fall’s harvest, ‘Freshies’ is another of the popular season style: wet-hopped pale ale. And true to it’s Oregon roots, this rendition is a piney, citrusy and malt-forward IPA with a bready sweetness. While other fresh hop beers will punch you in the face with aroma and candied fruit profiles, this one is restrained and not at all flashy. 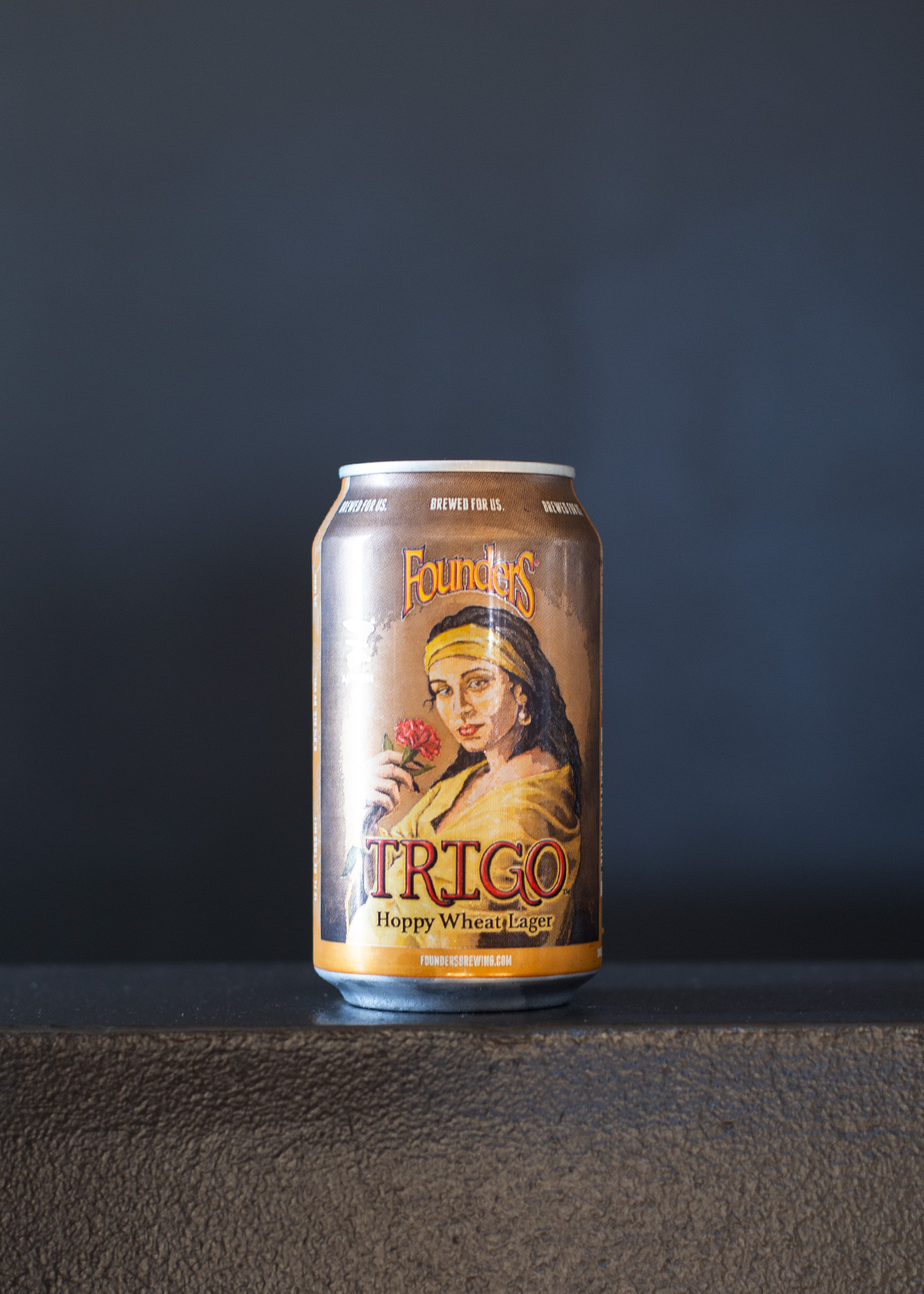 The ‘hoppy wheat lager’ style can be something of a mystery, with some leaning bitter and pale, while others are more malt forward. Trigo is light bodied at first sip but finishes with a surprisingly bitter finish. This might not be what everyone is looking for, but it might be the best version of this style we’ve sampled. It’s sure to please a lot of palates in the beer world. 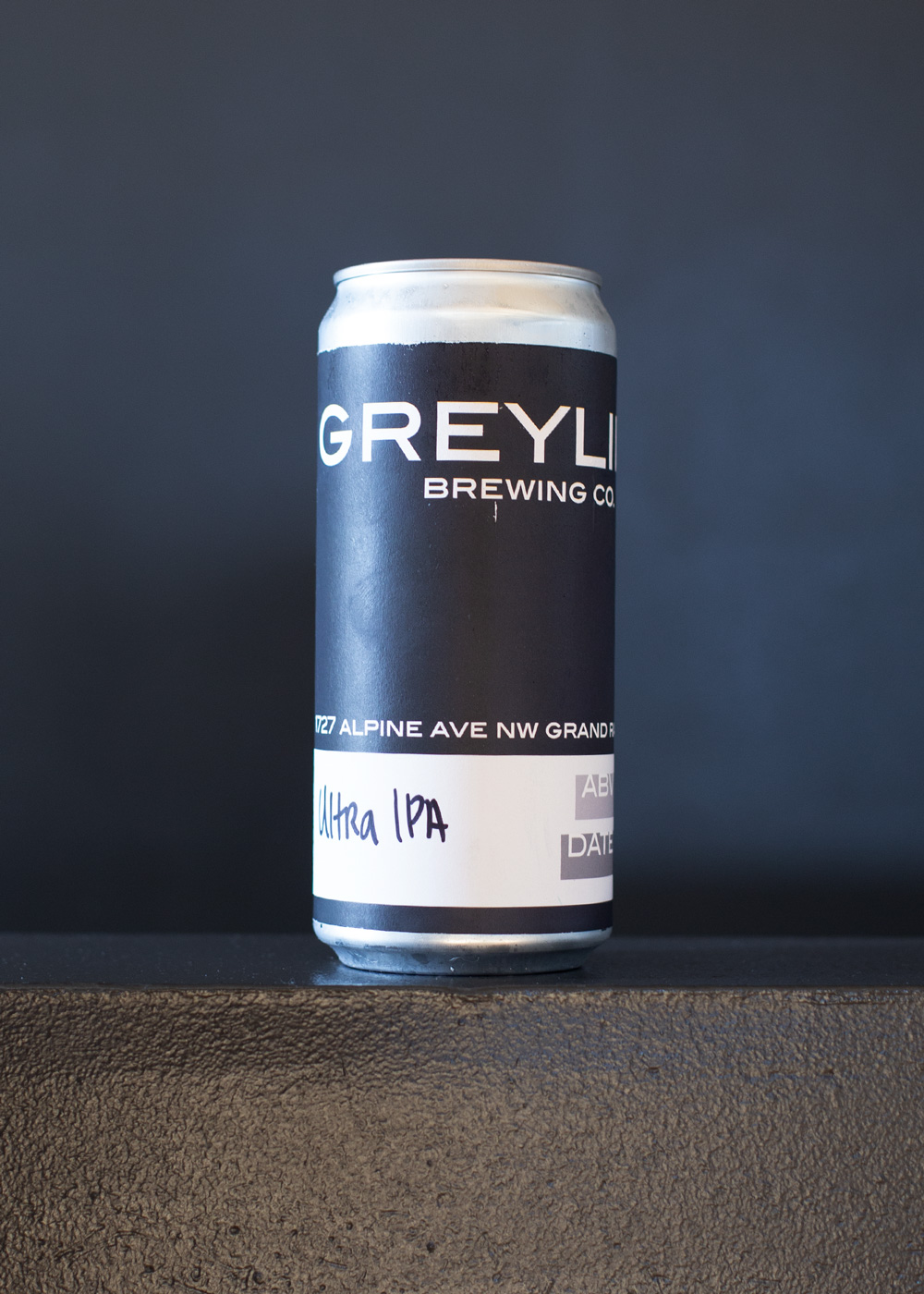 Greyline is an IPA-forward operation from a former Founders’ brewer that is quietly crafting what might be some of the best pale ales in the state. This ‘dry session’ ale is a solid, crisp, piney APA that clocks in just under 5%. It’s a dry pale ale that exhibits a lot of the characteristics of a brut, without the lingering bone-dry mouthfeel. It’s effervescent and super drinkable. We highly recommend you reach for some Greyline on your next MI visit. 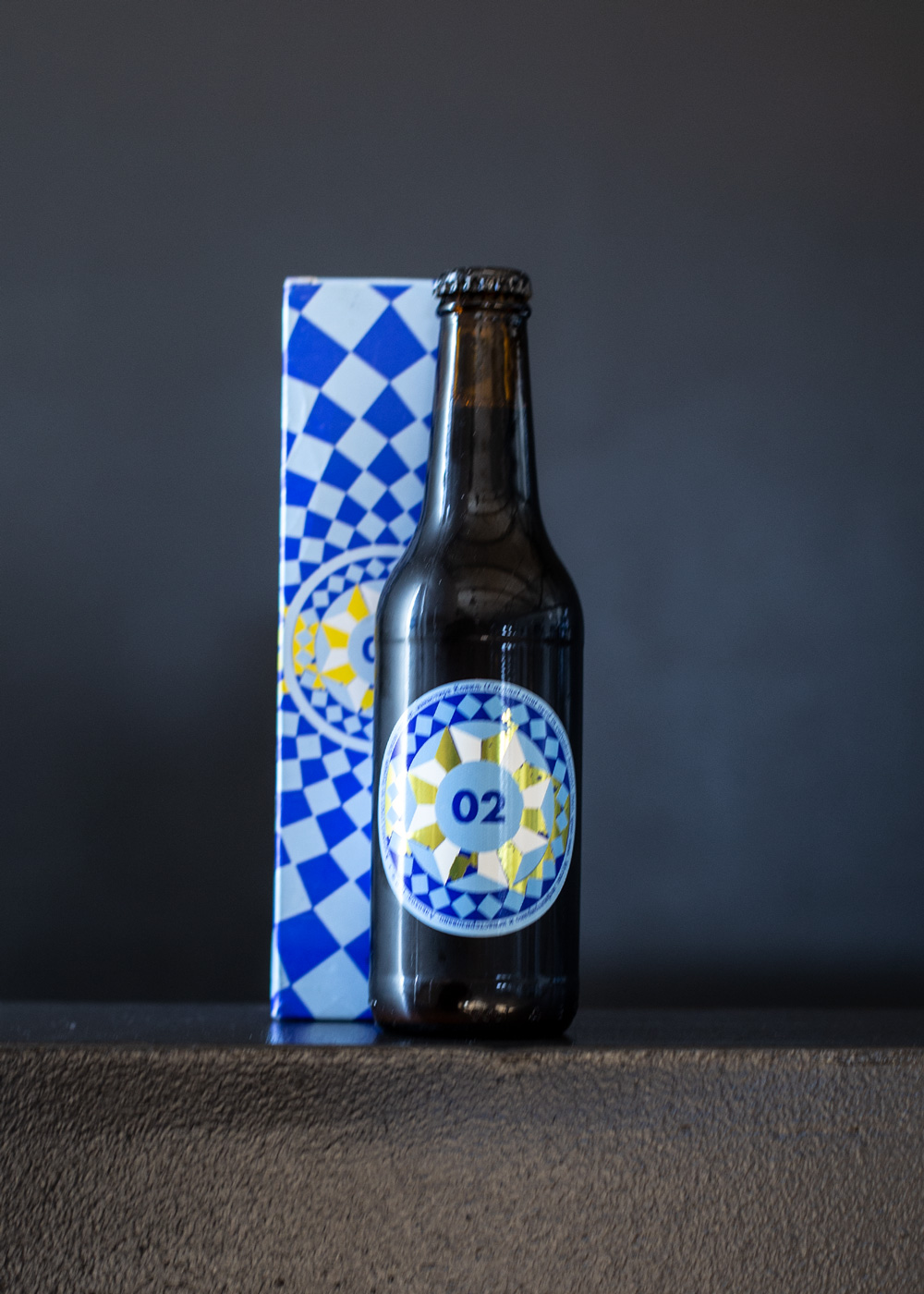 Serbia’s Kabinet certainly has a unique take on packaging, and the few beers we’ve tried from them has always followed suit. 02 Kolaboracija is no exception. This 10% caramel stout was aged six months in oak Calvados barrels. That’s what you’ll notice first as the sweet, boozy aroma has notes of caramel, vanilla, and dried apple. The body is surprisingly light, and doesn’t have much of the typical stout characteristics. An odd, but unique beer. 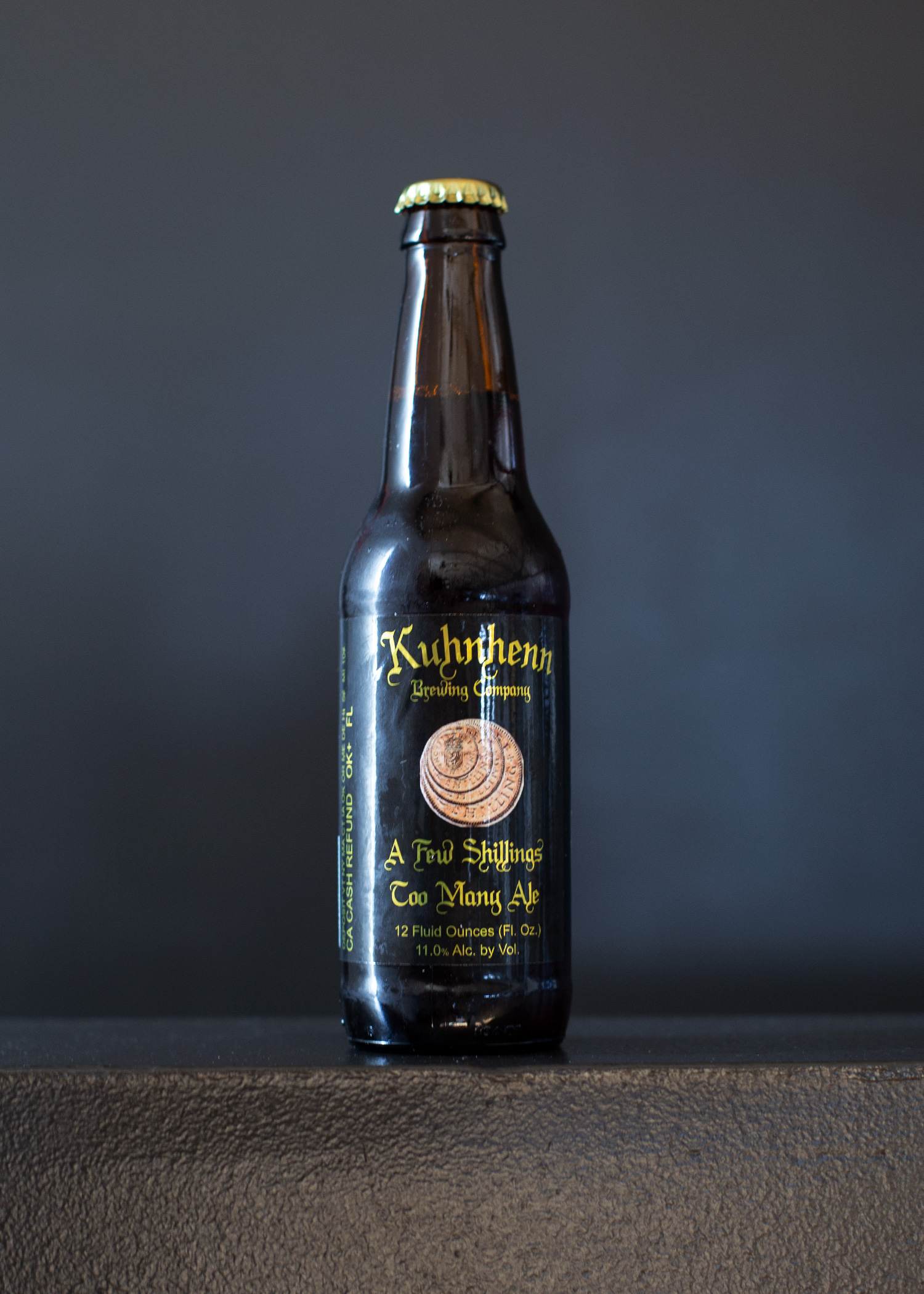 KUHNHENN
A Few Shillings Too Many

As a brewery that we have long considered one of Detroit’s best, it was shocking for us to have this miss the mark so much. A Few Shillings is a Scotch ale in color and sweetness only. And it was it’s boozey, caramelly, malt sweetness that was its ultimate downfall. It was overly sugary, to the point that it tasted accidental–in fact, it even smelled eerily reminiscent of Twizzlers candy. Couple that with a wet-carboard-like mouthfeel and we were left disappointed. 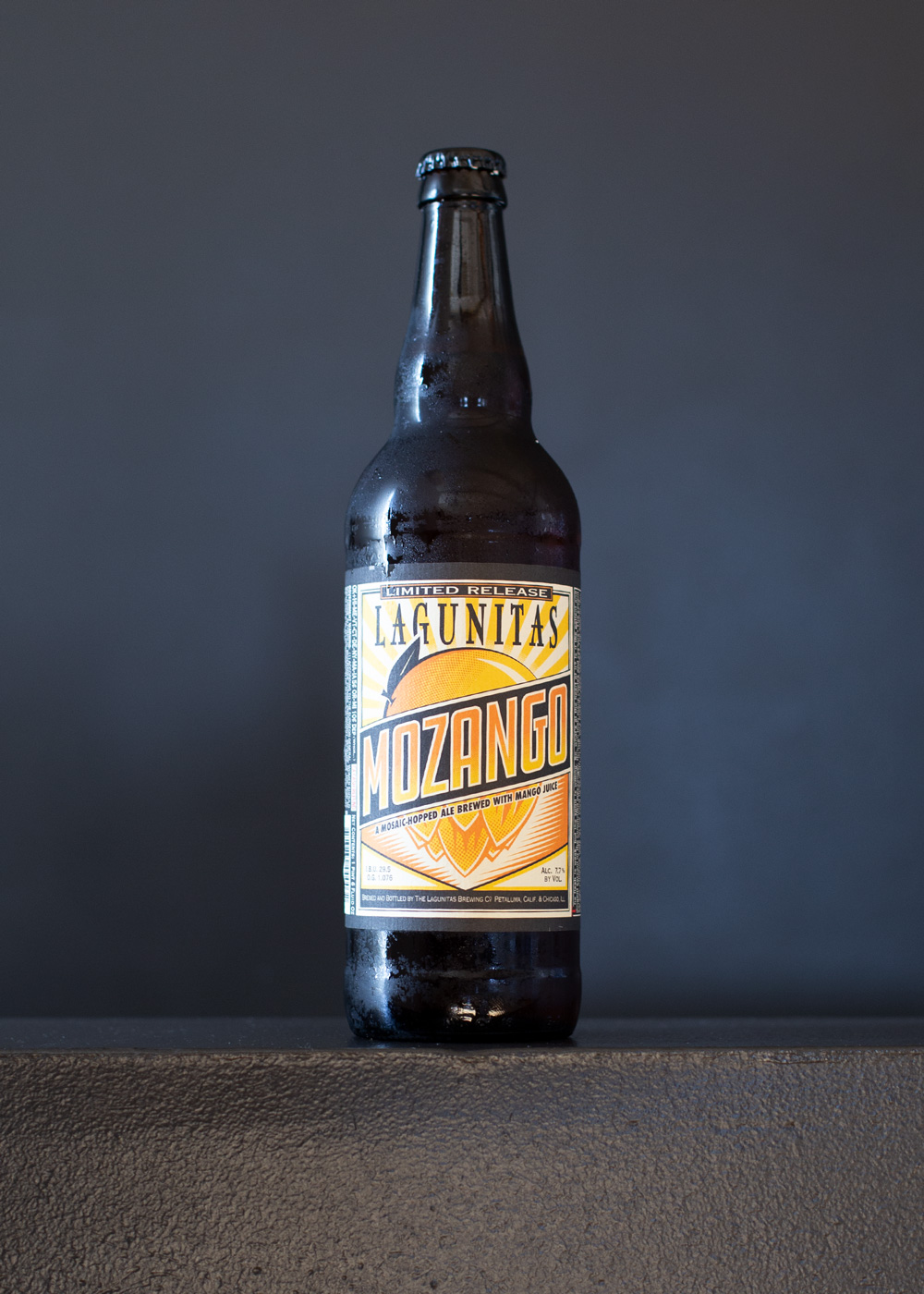 As is the case with many of Lagunitas’ beers, this Mosaic hopped mango pale ale is just that. It’s a candied fruit mango bomb with enough hop spice and bitterness to balance it all out. The fruit’s presence is made aware from the second the cap is cracked off the bottle; the aroma is intense and is a strong hint at the flavor profile to follow. We can see how this could be a polarizing beer for many. If you are a fan of mango, you will thoroughly enjoy this one. 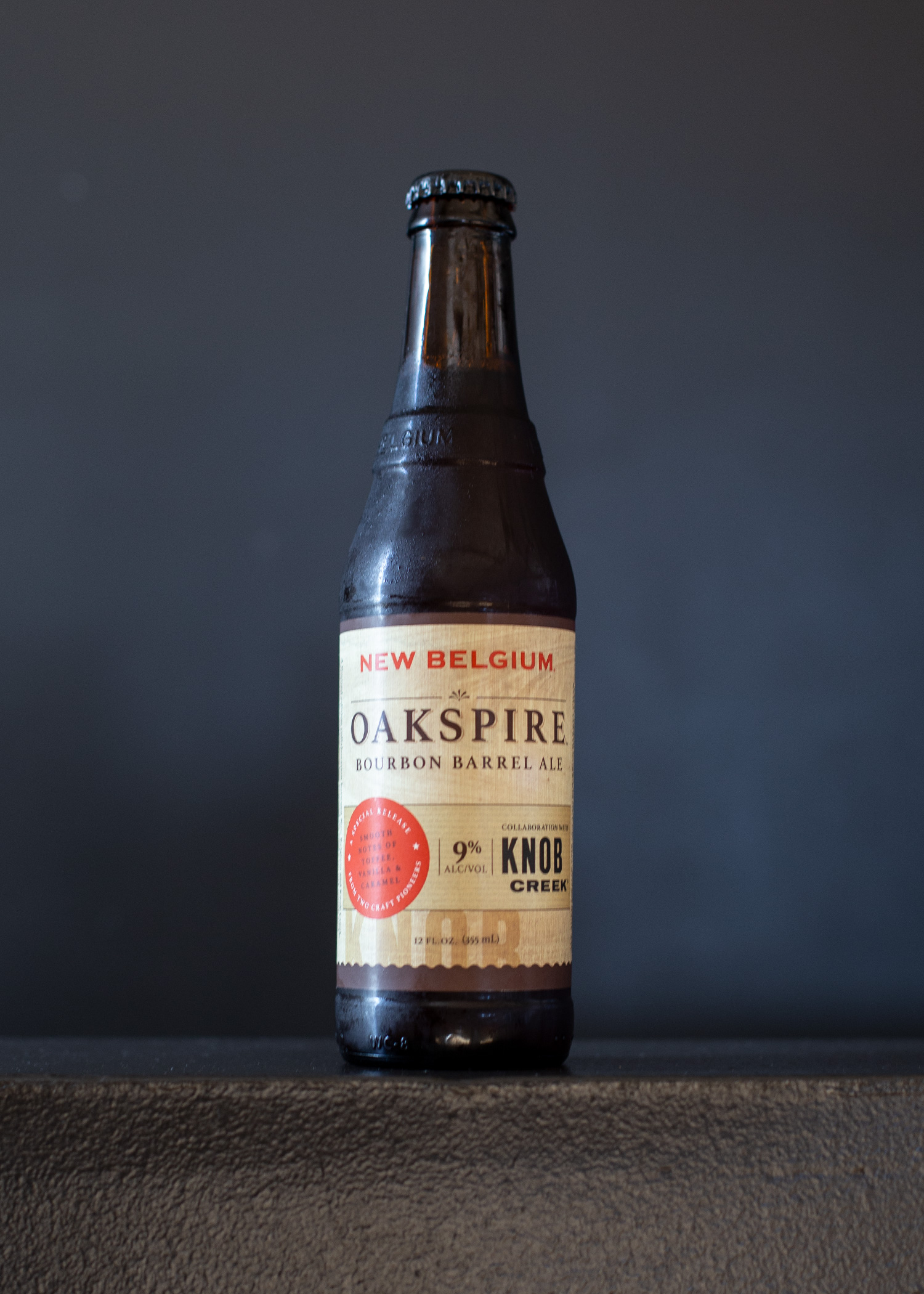 NBB’s new ‘barrel ale’ aims to fill the gap between woody, brown ales and boozier barrel-aged bruisers. New Belgium utilized charred oak barrel spirals from Knob Creek Bourbon to impart slight smokiness and heat into the beer, while giving it a distinct vanilla and toffee-like profile. And at 9% this is a deceptively drinkable, warming ale fit for fall. Oakspire immediately reminded us of Innis & Gunn’s Original, which, we think, is a flattering comparison. 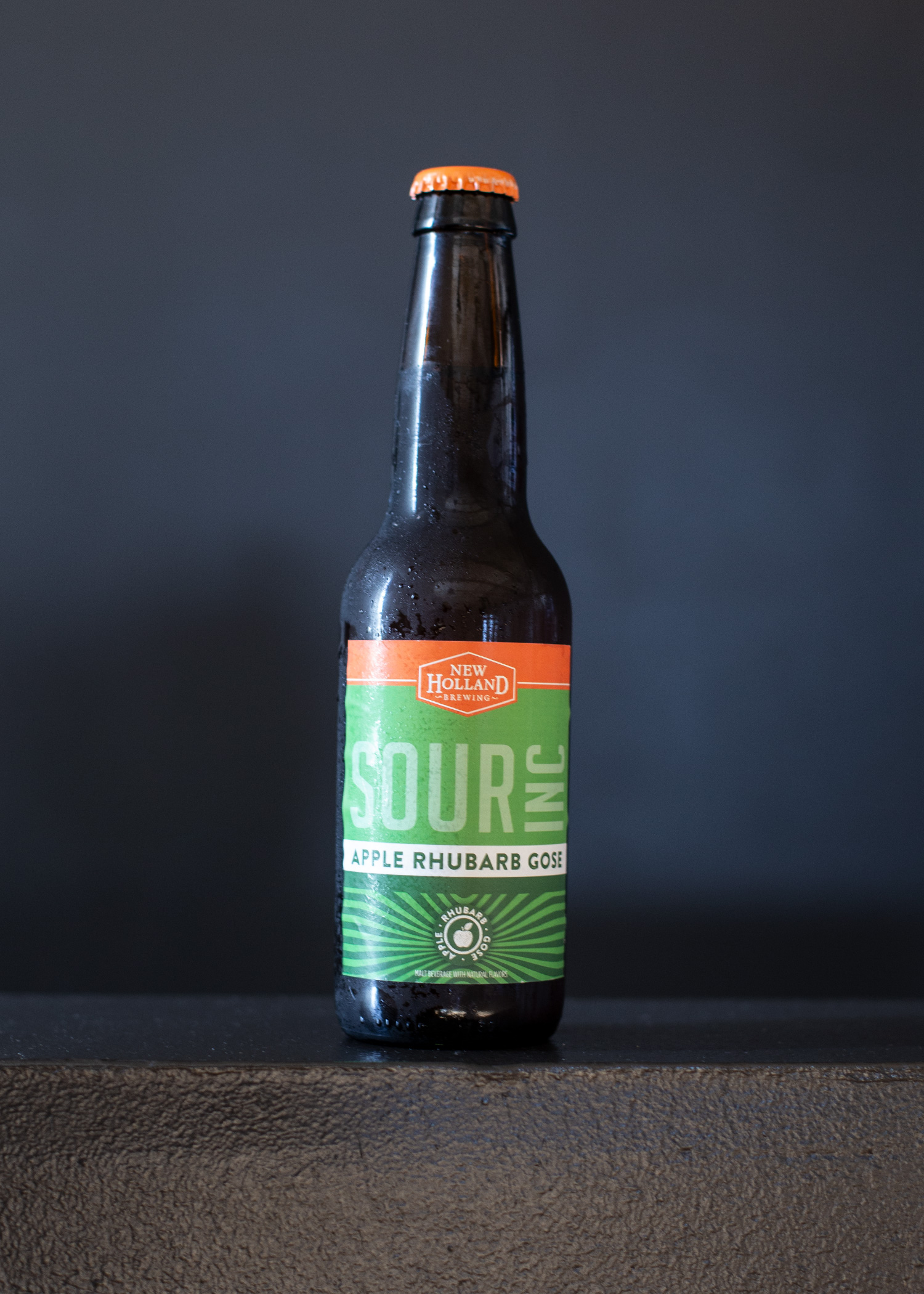 In terms of acidity, this is a pretty easy-going gose. It’s more like eating a green apple, which is great as this style is often overdone by US breweries. Both adjuncts come through nicely with the apple being the most obvious up front and the rhubarb adding a little sweetness at the end. Overall, this is a combination and style that could have easily gone wrong, but New Holland did a nice job allowing the ingredients to shine. 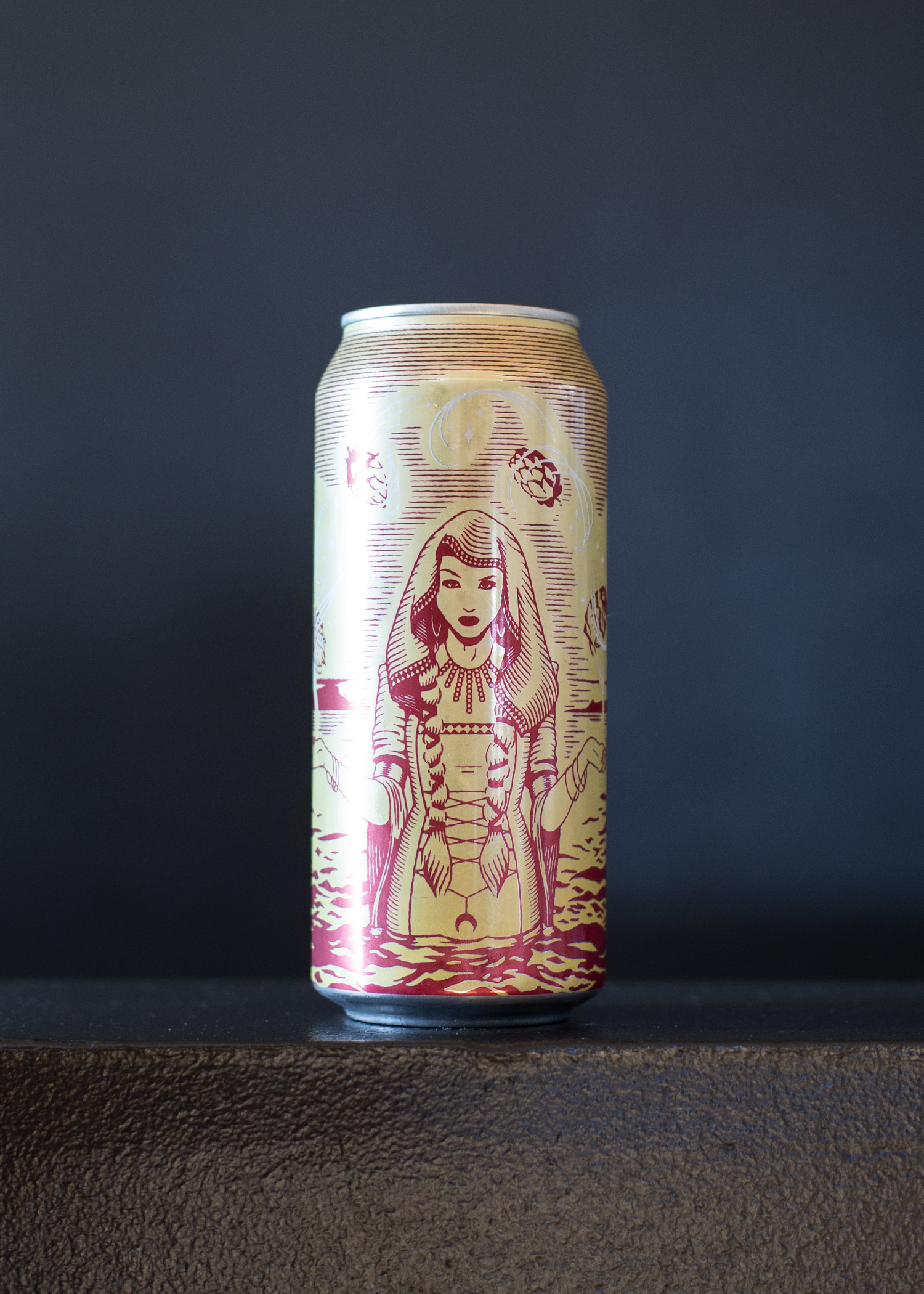 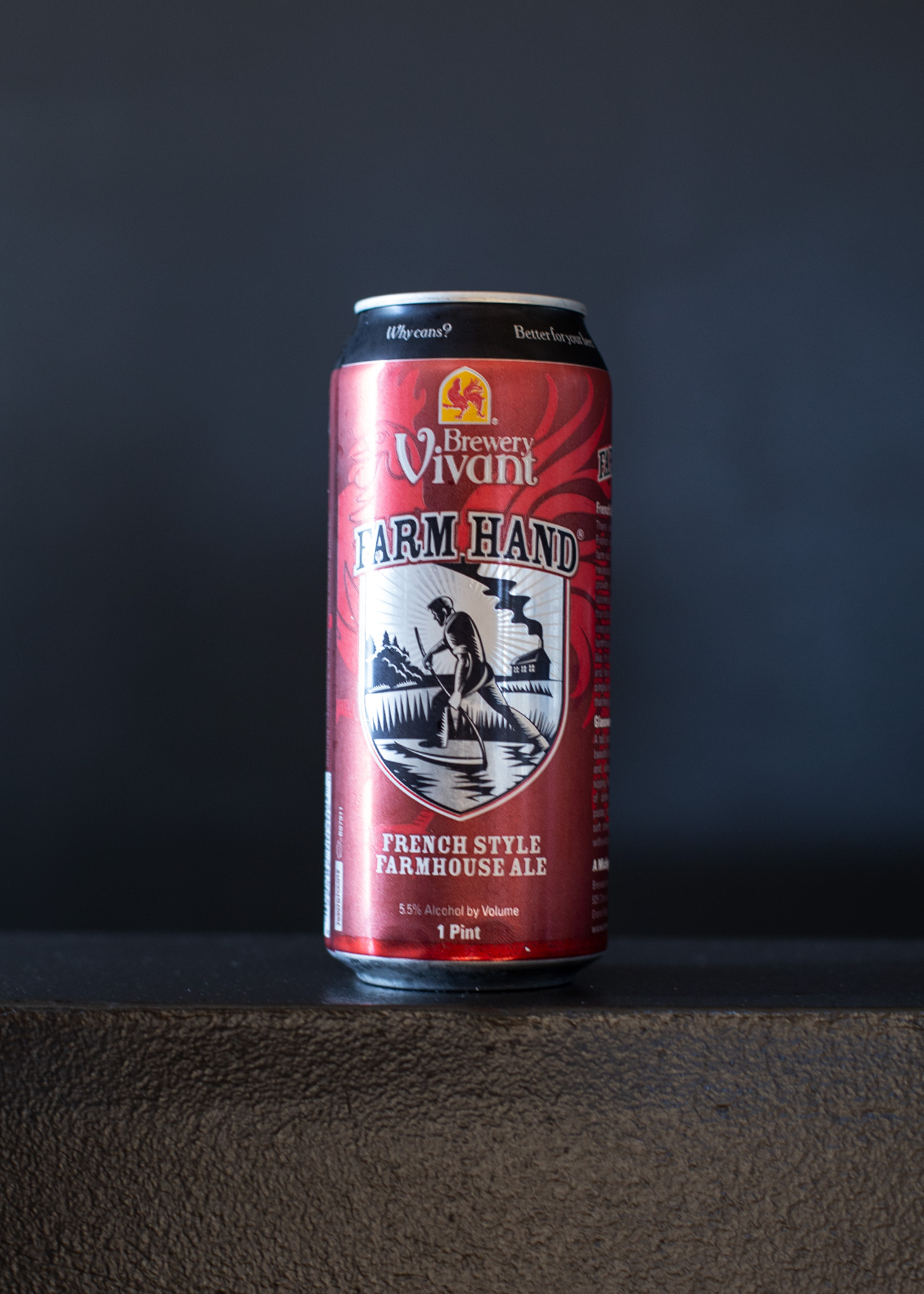 For a Belgian golden strong ale, this drinks far smaller than its 8.7% ABV. We think that’s because it reminds us so strongly of a lower-ABV witbier. There are big notes of coriander and melon on the nose. It’s highly carbonated, making for a mouthfeel that dances on the tongue. The taste showcases Belgian yeast, with banana and clove the most present. The booze shows itself at the end, but it’s a very pleasant warmth that’s more subtle than expected.

This is probably one of the easiest drinking saisons we’ve had in some time. Everything you’d expect is there—yeasty Belgian esters showcasing a little hay funkiness. But the body and complexity just isn’t there, compared to other American takes on this classic style. It’s a saison we could drink a lot of and potentially almost immediately forget. Not always a bad thing for the style but we were hoping for a little more memorable.