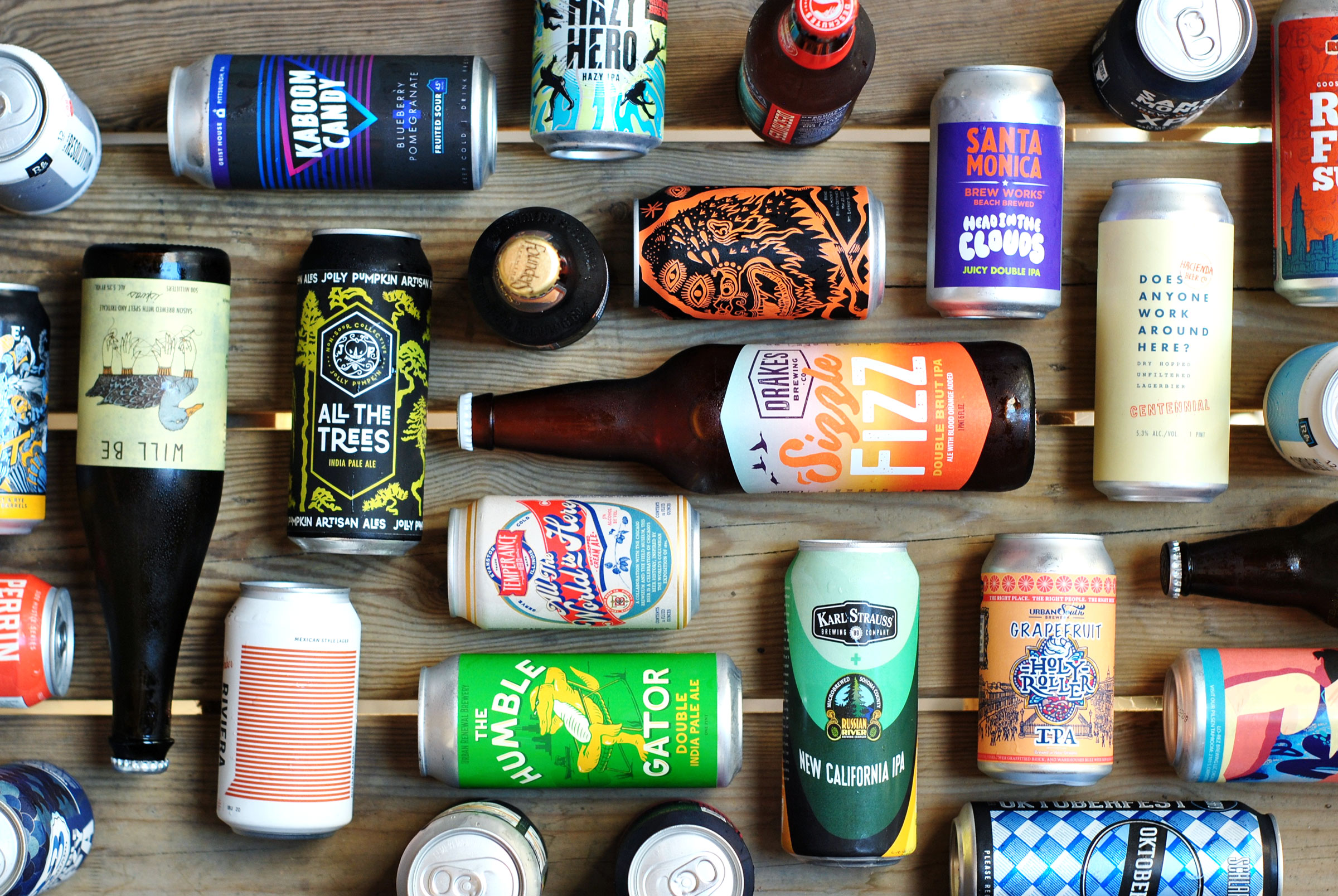 We tasted through the following 20 beers September and rated them according to our very own interpretation of the BJCP scoring guidelines, on a newly implemented 5-star scale and listed in alphabetical order. We considered aroma, appearance, flavor, mouthfeel, overall impression and trueness to style. The rating system can be interpreted as follows:

This month IPAs dominate, fruit sticks around, brown ales enter the mix and self-deprecation is a theme for a couple breweries… 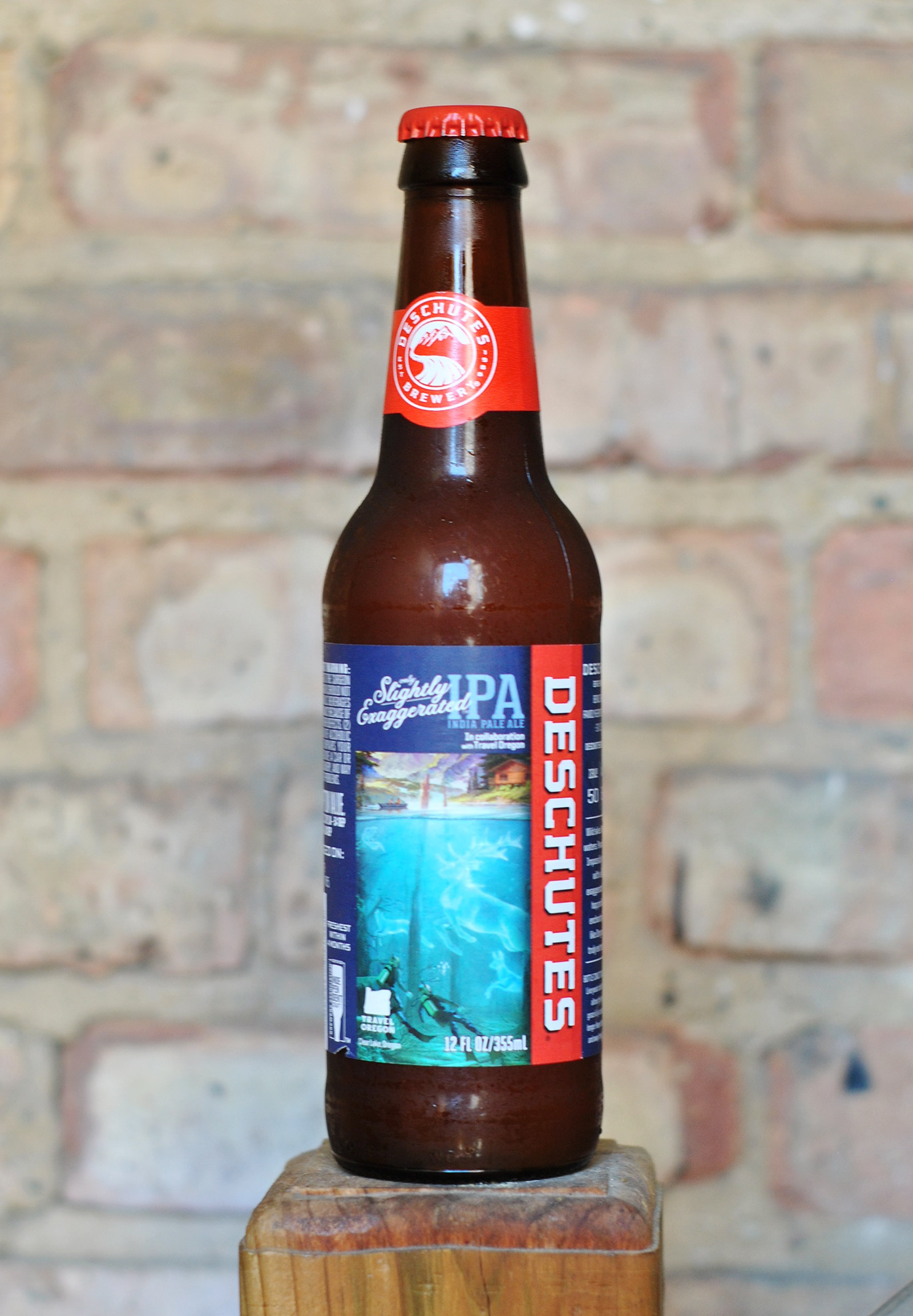 A beautiful straw gold IPA, just like the good ‘ol days. This collaboration with Travel Oregon highlights citrus and melon in an, ahem, exaggerated tropical beer without much bitterness. It’s soft, simple and…juicy.

Drink if: you hope for an Indian Summer. 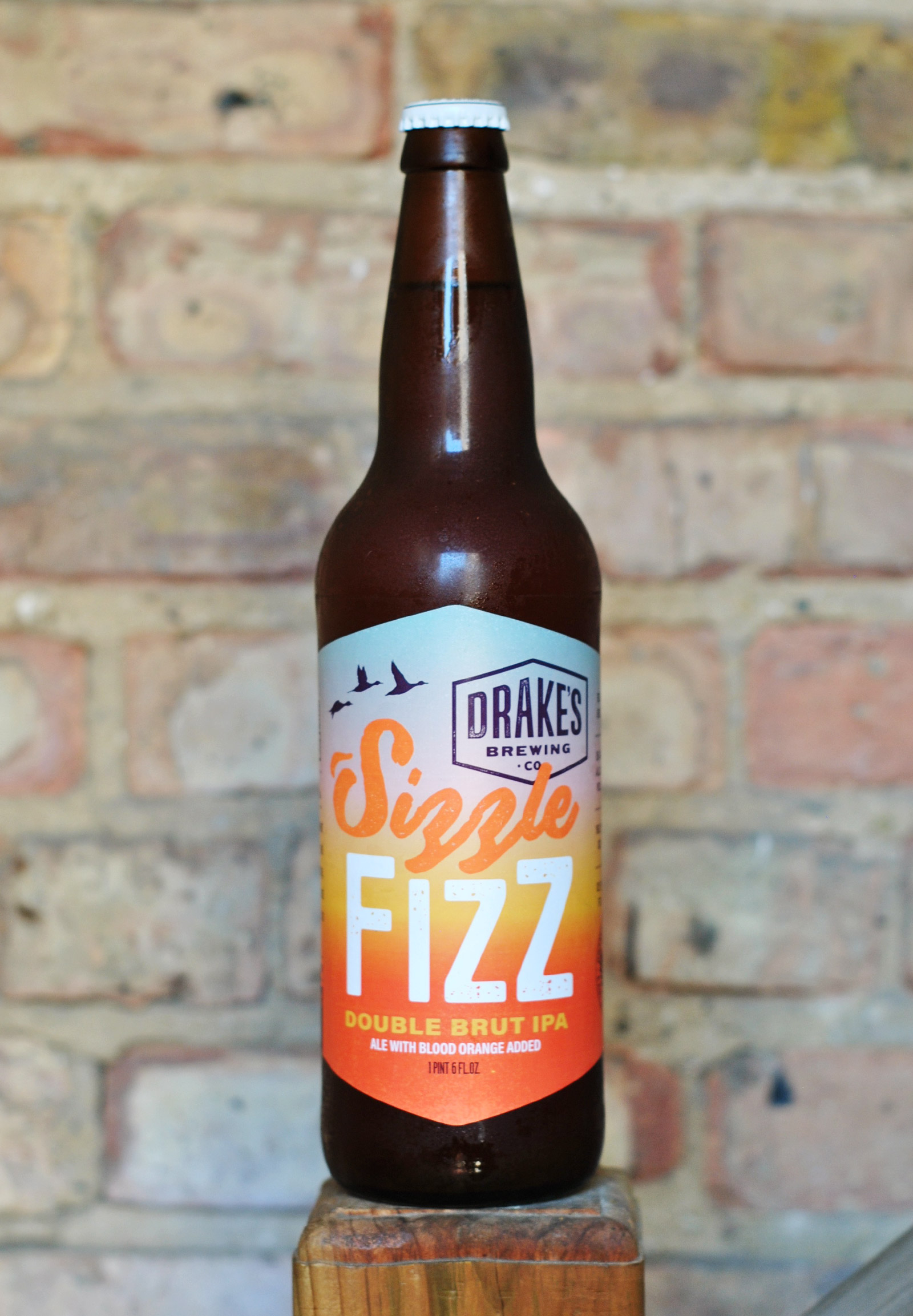 This was one super dry and super blood-orangey beer, that felt very mush like its 8.4% ABV (for better or worse). It won over some non-IPA fans in our camp, but was just a tad too astringent for what we’d hoped.

Drink to: tingle your tastebuds. 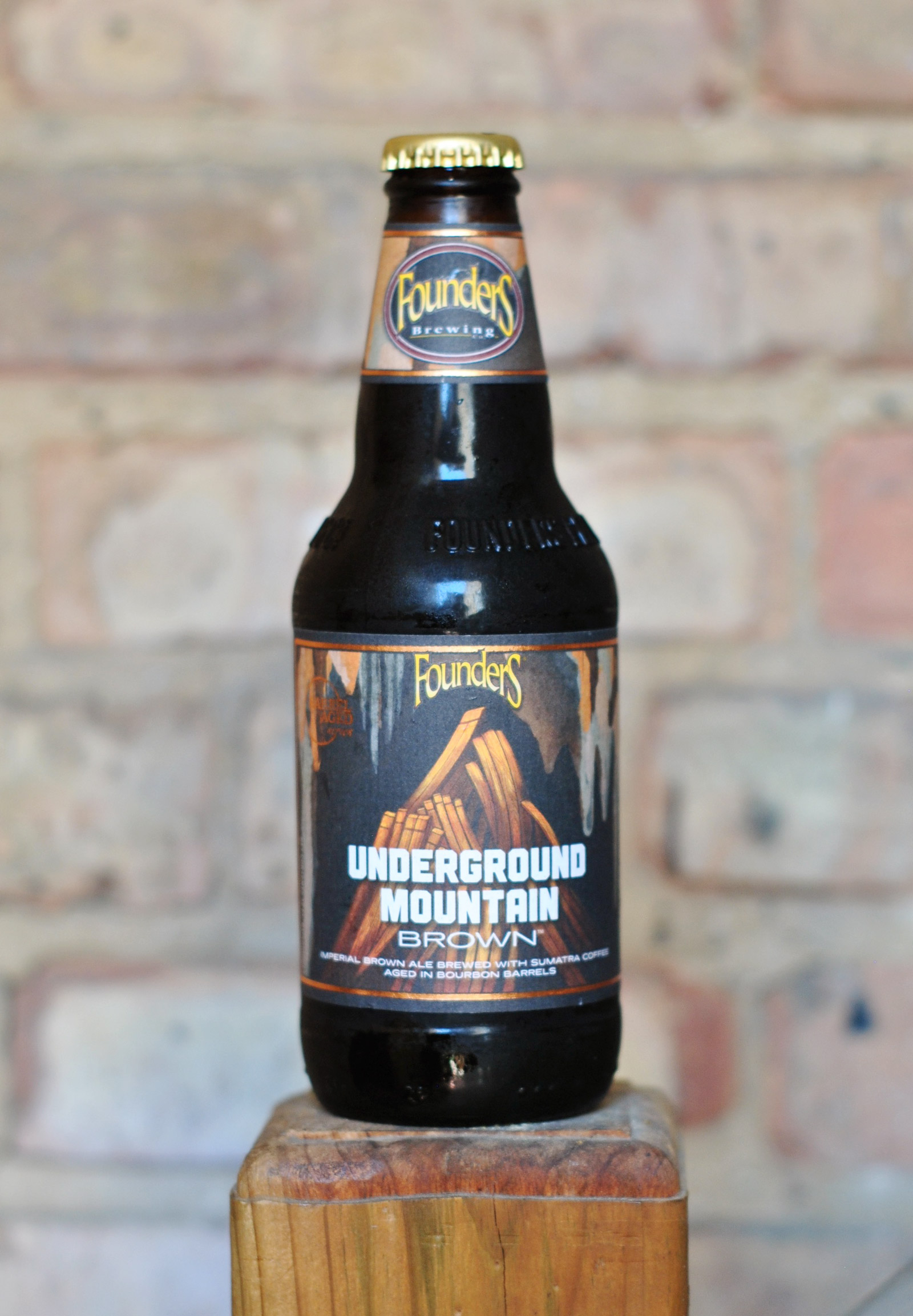 The original Sumatra Mountain Brown sets the bar high as it is. So adding that to bourbon barrels and letting it age for months adds that complexity that you can only wish for. This one is a heap-full of coffee, with some fudge and vanilla notes to compliment the oak. Spot on.

Drink with: that dessert pie, post-dinner. 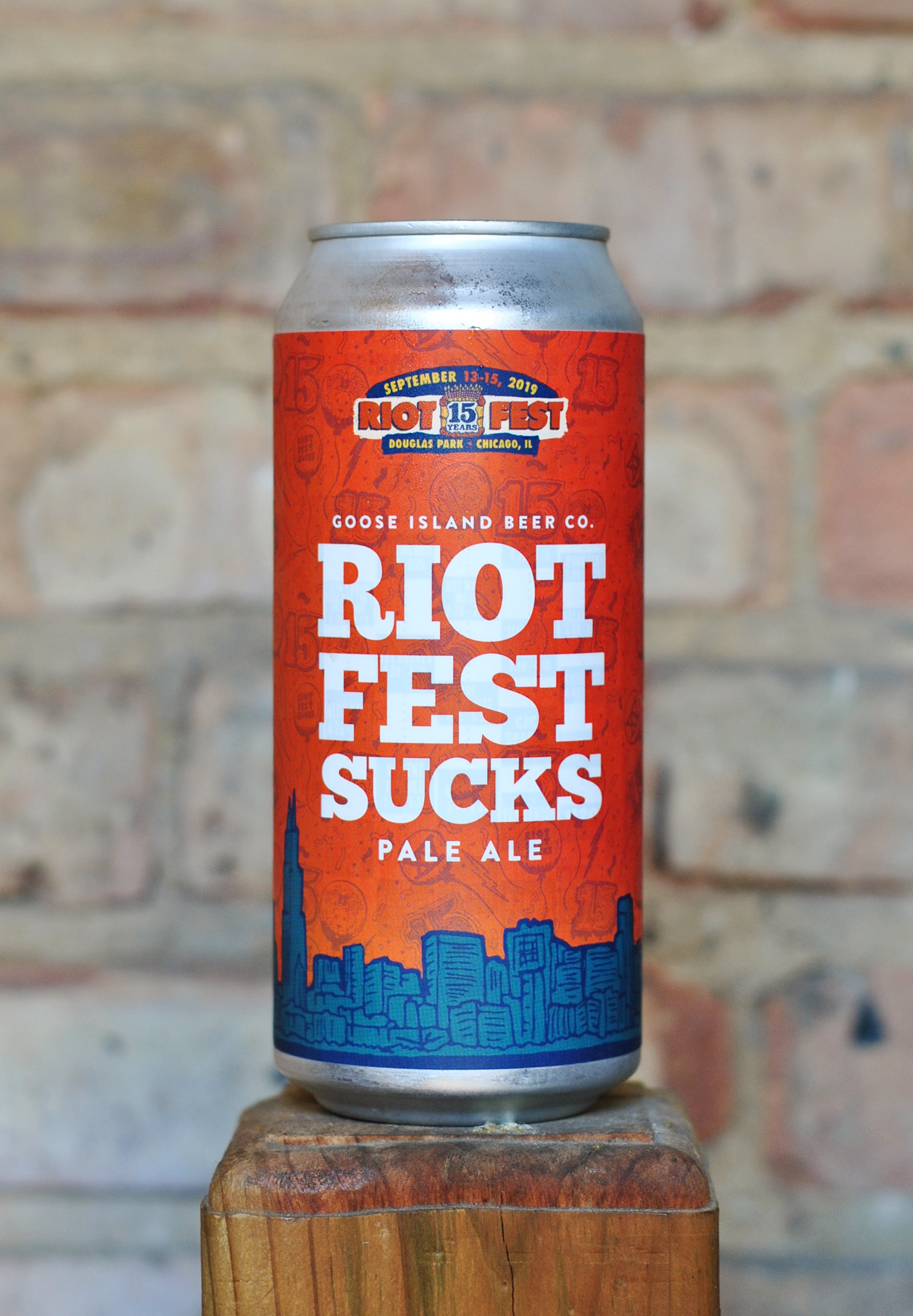 This is a beer meant for music festival drinking. It’s super light, and completely void of any trendy additions. There is no discernible fruit or pine you’d expect from many hops of the ‘now’, instead it’s earthy and drinks more like a wheaty, malty Pils if you can believe it. 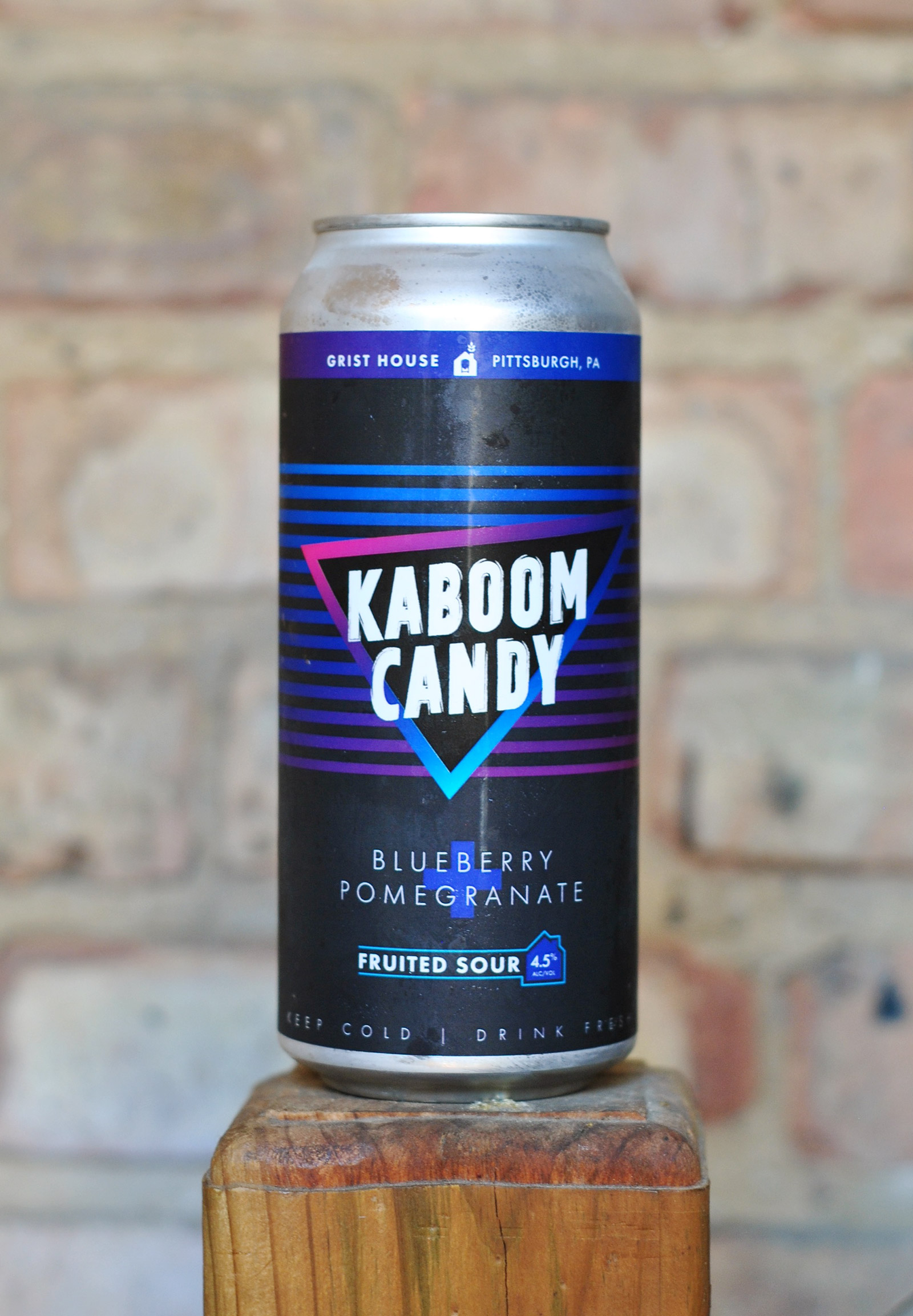 The ruby hue on this one needs to be seen to be believed. It’s name tells you all you need to know, as this one drinks like a sour candy, somewhere in the realm of Shock Tarts. Pomegranate shines above the blueberry, and we’re okay with that.

Drink: in place of your next candy binge. 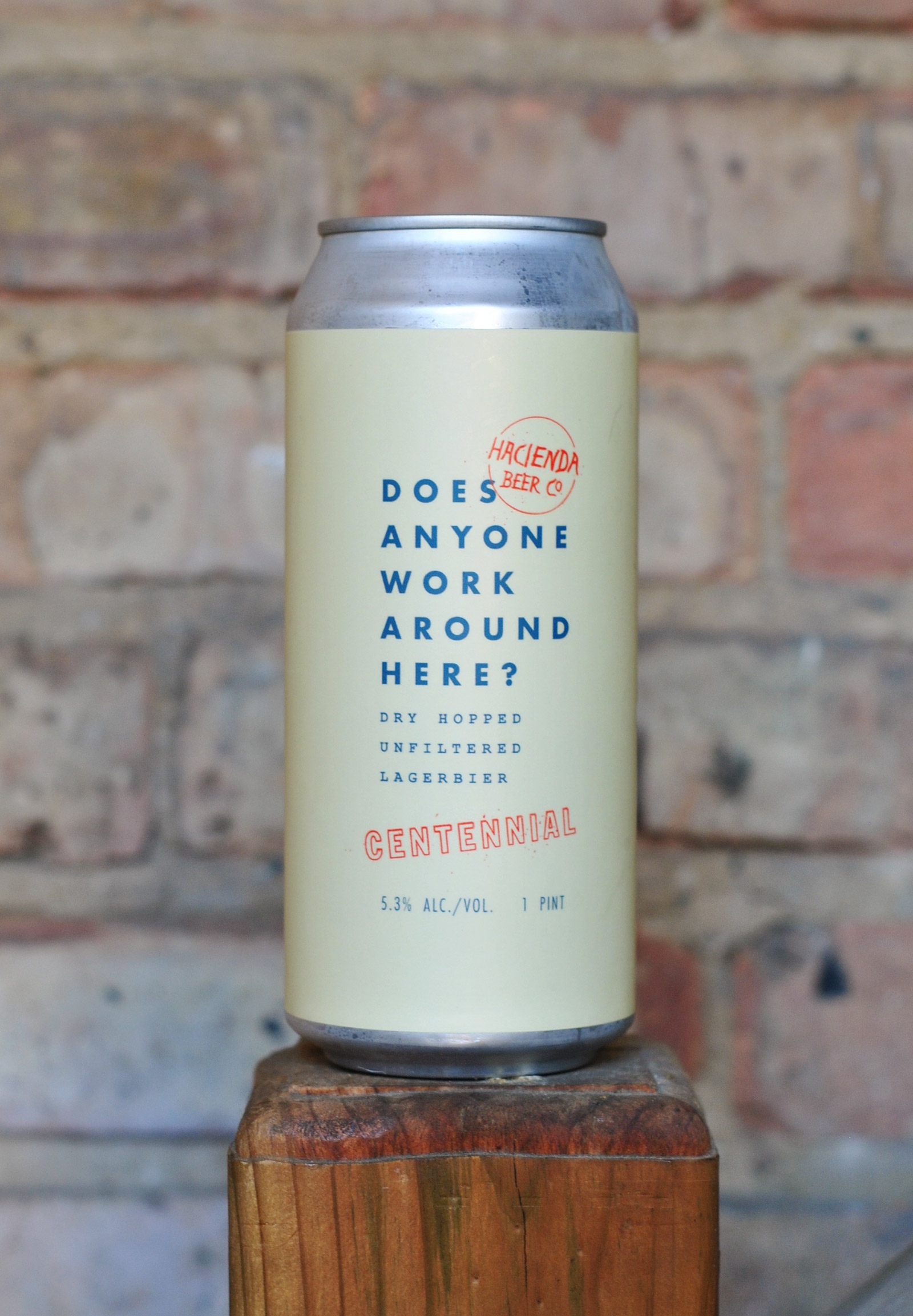 We really wanted to love this one. But, sadly, a ‘like’ is as far as we can go. It’s earthy, straw-like and a bit pungent in a way that makes you want to reach for a glass of water after imbibing. We weren’t expecting ‘refreshing’, but this one’s too grain-like, without the hoppy bite.

Drink: the colder the better, if you can. 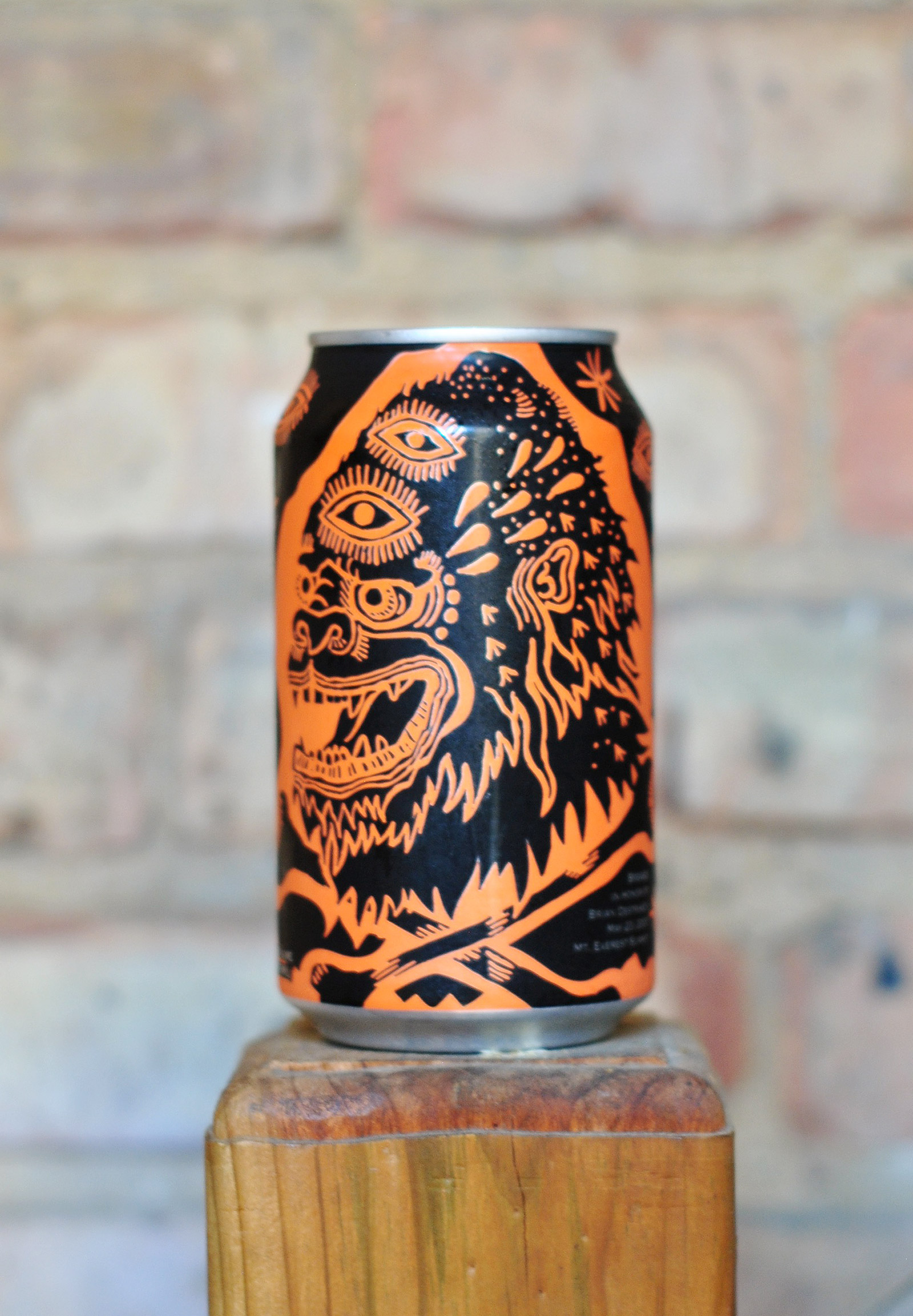 This one recently took home top honors at the National Honey Beer Competition; one sip and you can see why. It’s nutty, earthy and the honey comes in mid-sip with a subtle sweetness. There are event notes of berry and baker’s chocolate. This is a fun take on a brown ale. 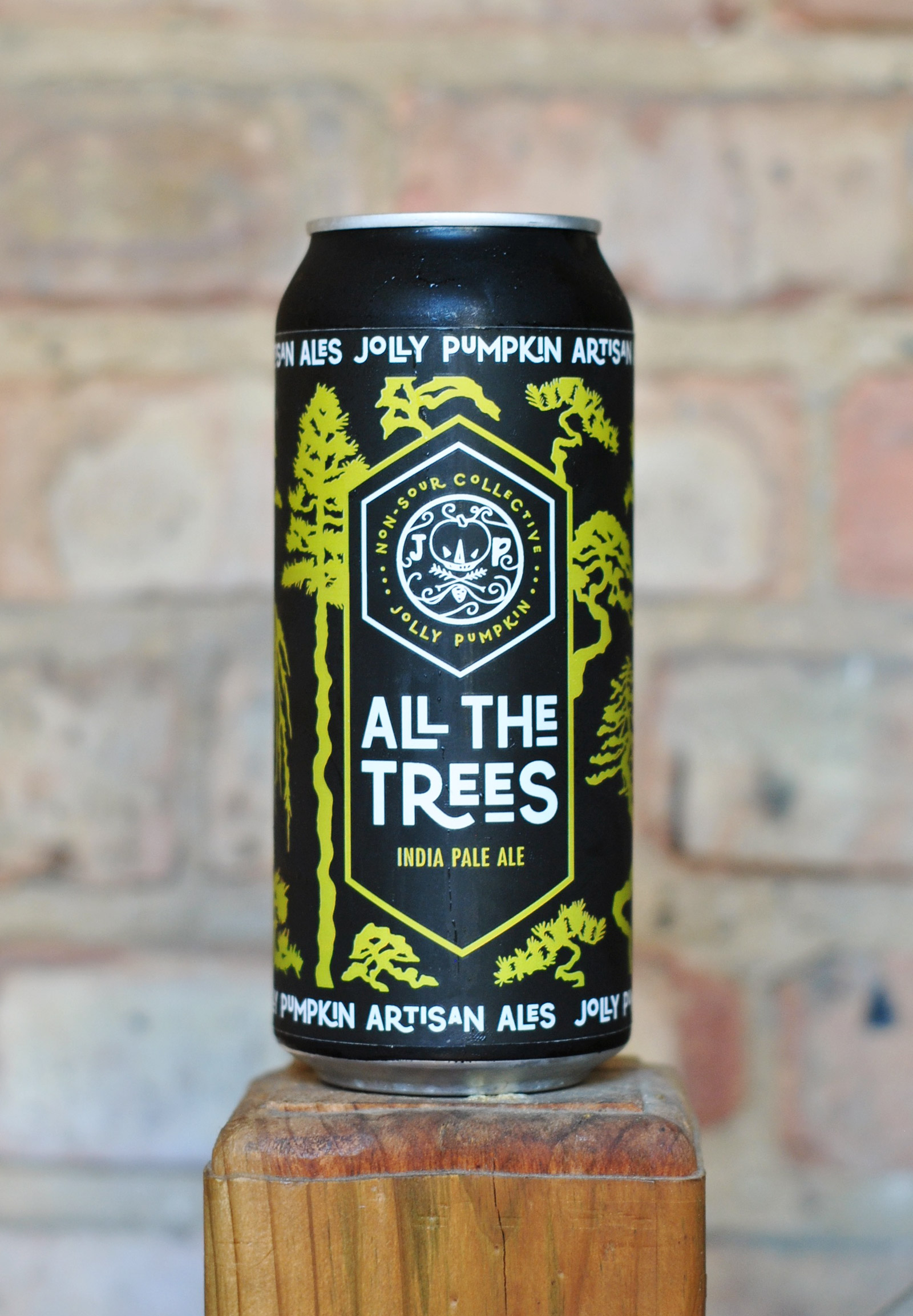 JOLLY PUMPKIN
All the Trees

The brewery known for its sours puts forward a fantastic IPA, here. It’s crackery, sweet, pear-meets-melon, grapefruity with a tinge of peppercorn akin to a great Belgian pale ale. Its use of flaked oats and oat malts allow for an easy drinker, despite its 7% ABV. Hits the mark.

Drink: one…and then maybe another. 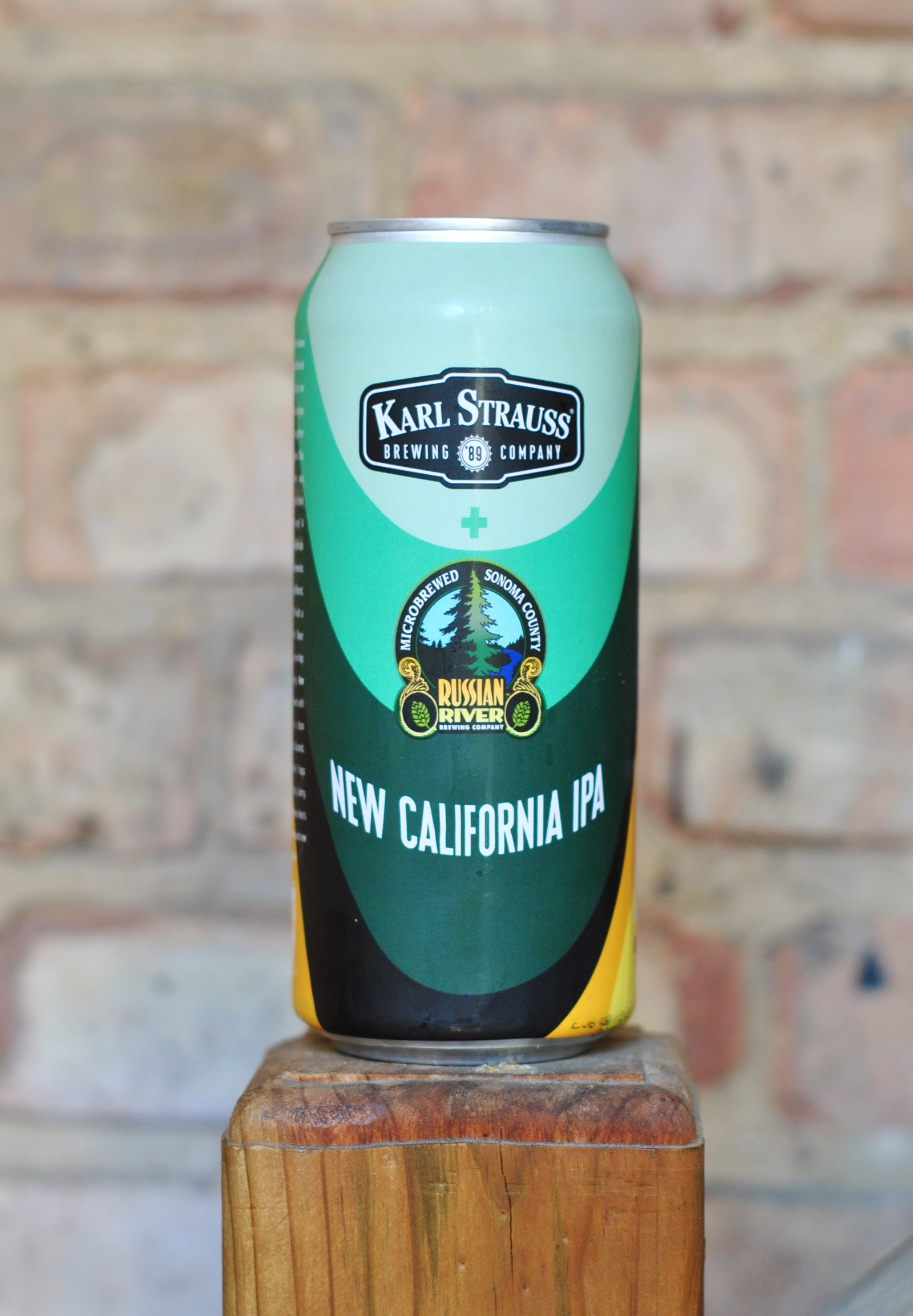 Longtime friends teamed up to create this ‘new’ IPA, by highlighting the new Pahto hop providing a ‘clean bitterness.’ Four other hops were included to result in a tropical-meets-piney wonder.

Drink to: sample the best of CA styles. 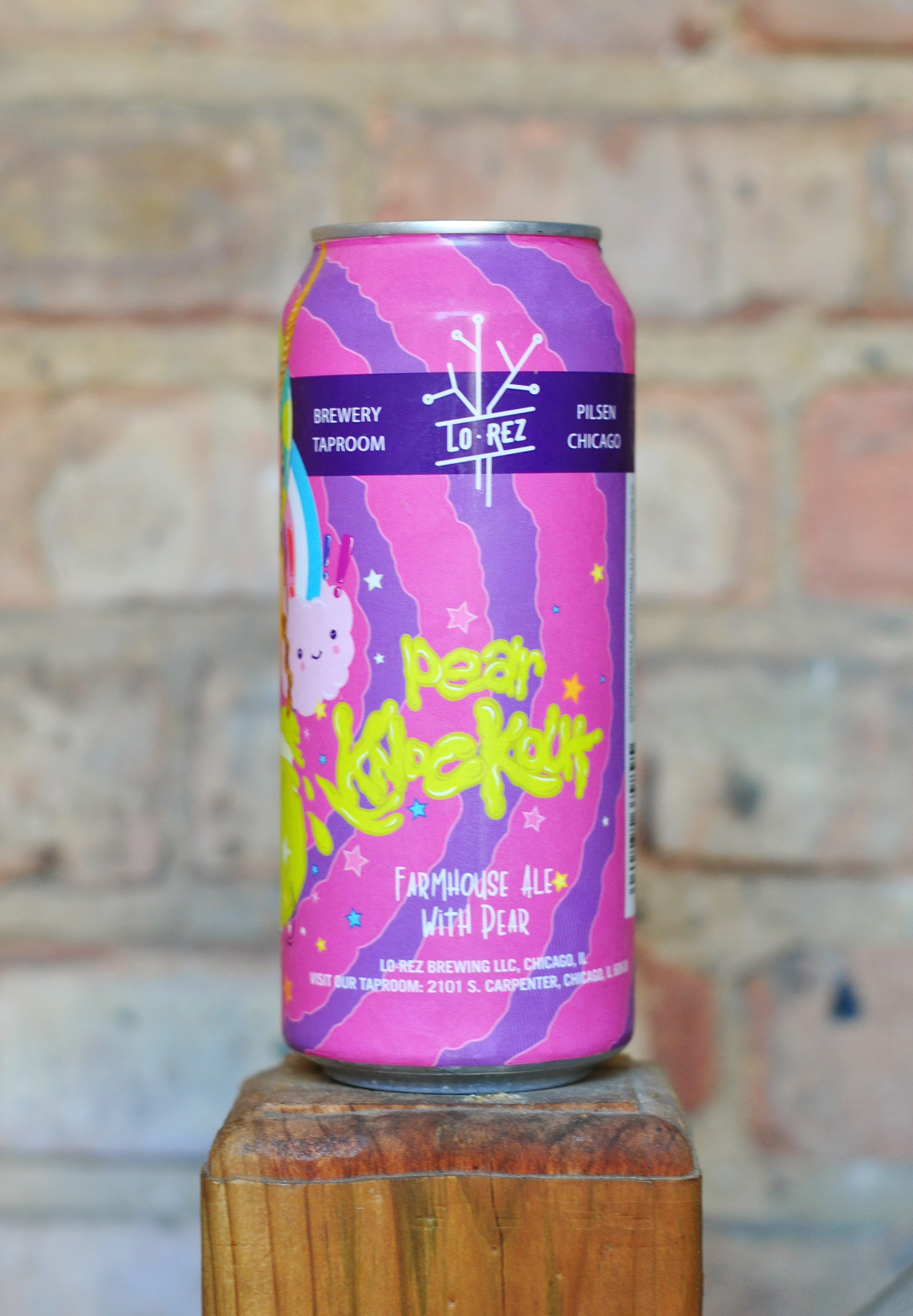 There’s plenty of pear sweetness here, and it only gets better as it warms a bit. It’s crackery, the perfect amount of tart and a great addition to an otherwise well executed farmhouse-style saison.

Drink with: a spread of soft cheeses; it’s as if this were made for that reason. 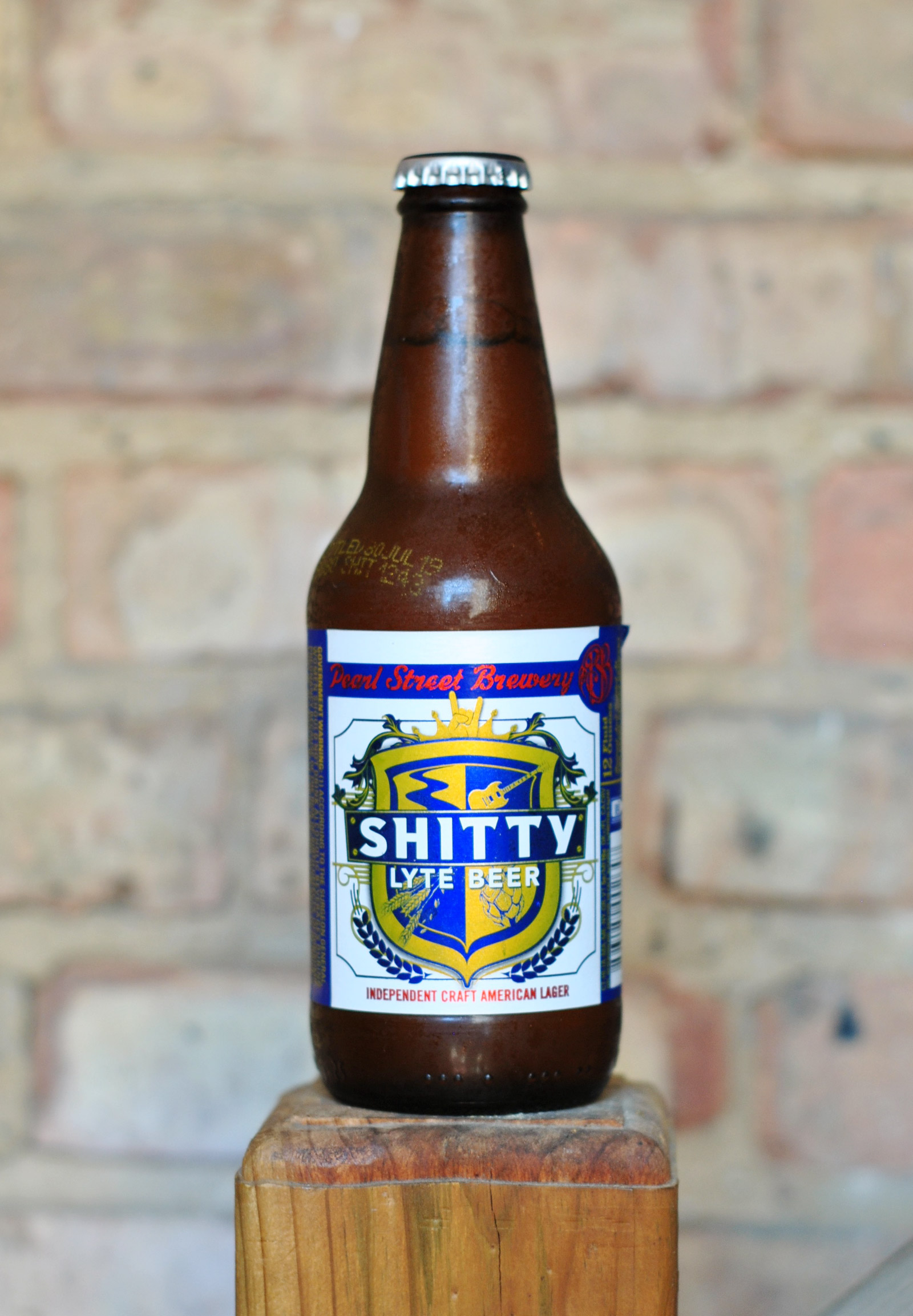 Well, this one doesn’t claim to be anything special. It’s almost translucent it’s so clear, and it is a pungent sweet corn on the nose and the tongue. It finishes super crisp and bitter…and intentionally unmemorable perhaps?

Drink if: you can’t find a Busch Light. 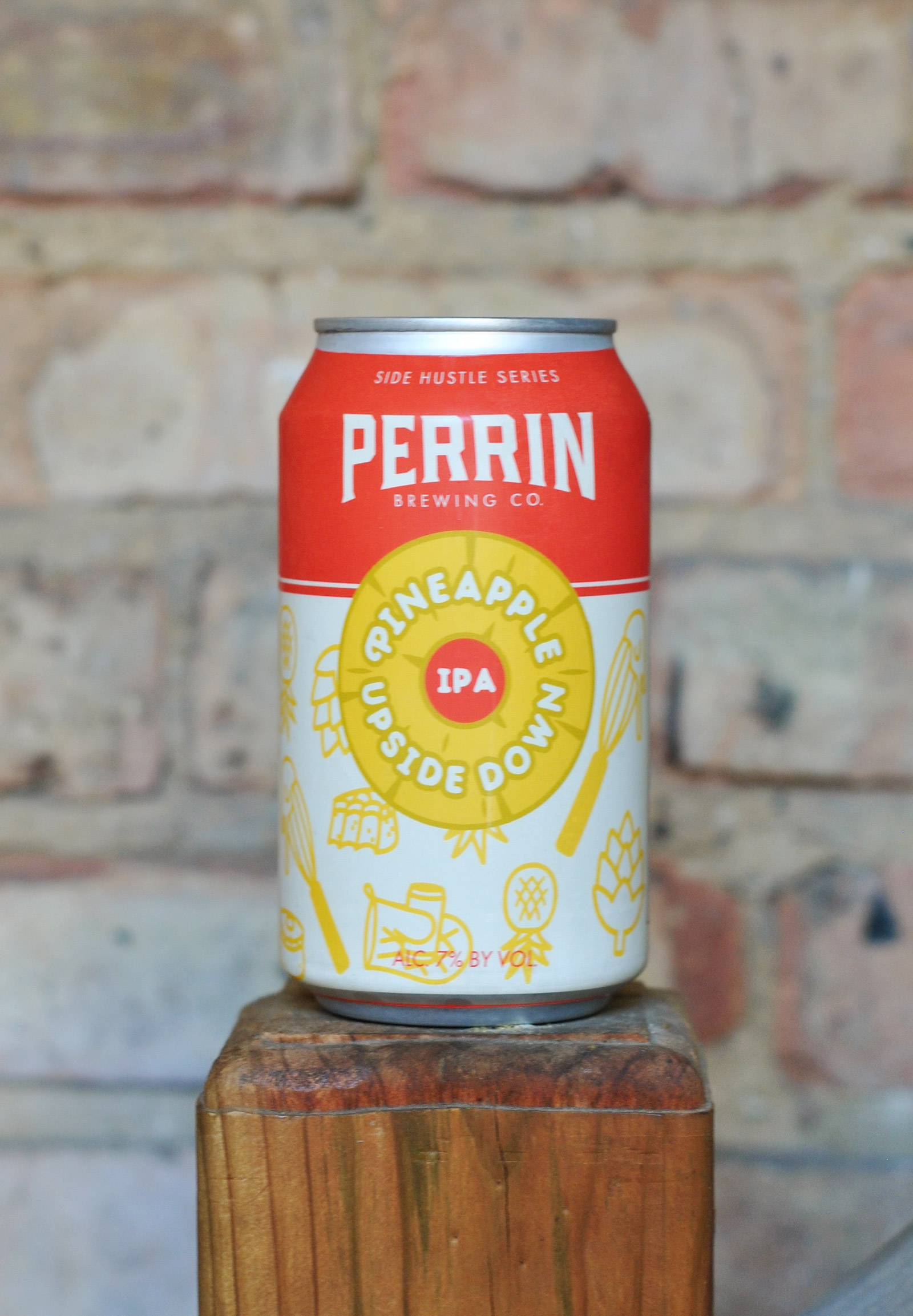 As far as beers that taste exactly as advertised go, this one takes top marks. It’s pineapple all across the board, with an added cake-like fluffiness from the lactose addition. It finishes with hefty coconut sweetness.

Drink: in place of dessert, sweet-tooth. 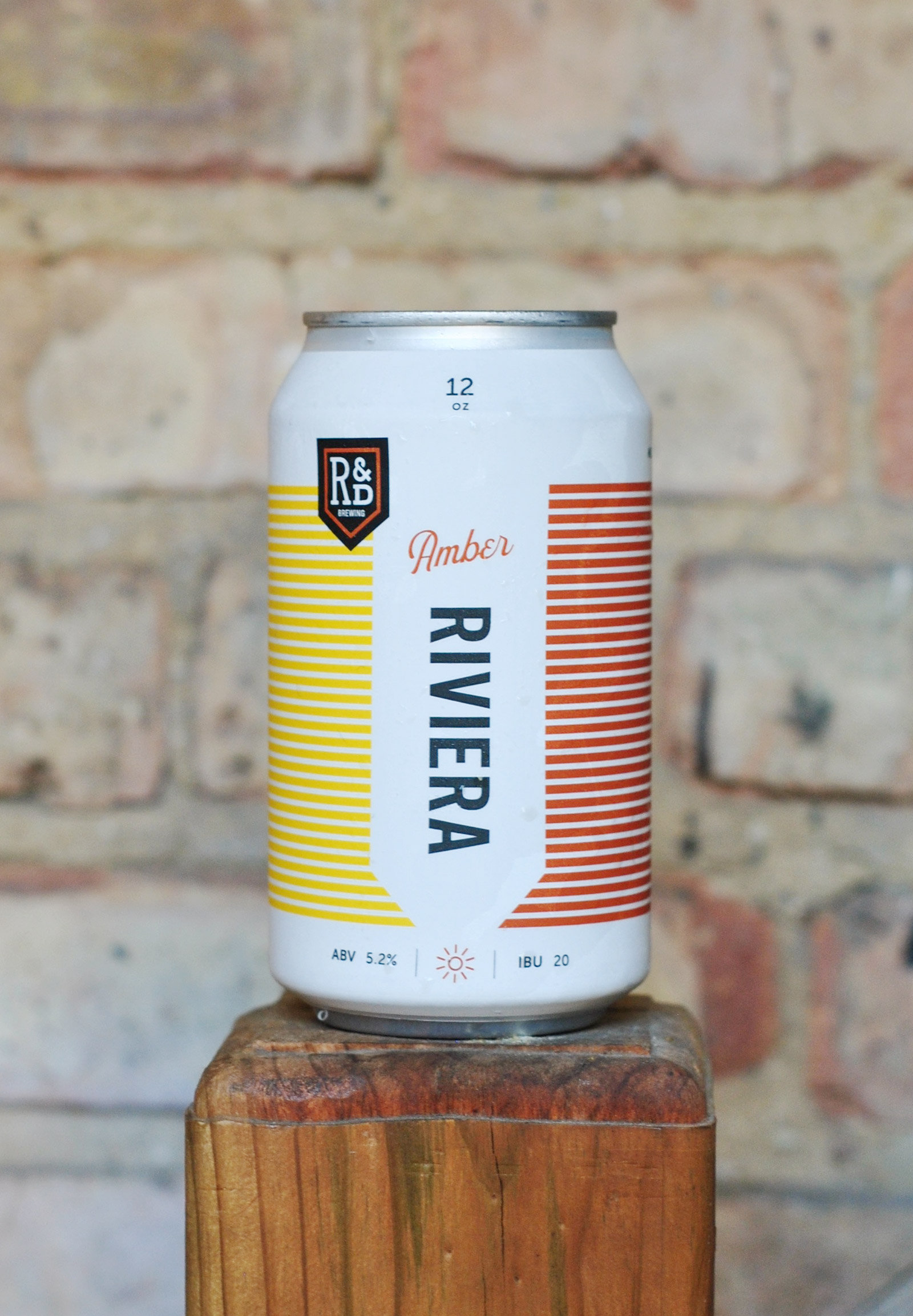 With the subtle-est copper hue, this amber lager gives off a slight cedar scent and drinks fairly sweet and earthy thanks to its honey addition. It’s a great fall transition from traditional Mexican lagers by providing a toasty breadiness.

Related Reads
Beer
A Review of CYGNUS Blend B, from Black Project Spontaneous & Wild Ales
Beer
Beer · People · Purpose: The Story of The Virginia Beer Company
Beer
The 20 Best Beers to Drink in Spring 2021
Drink if: you enjoy sweeter lagers. 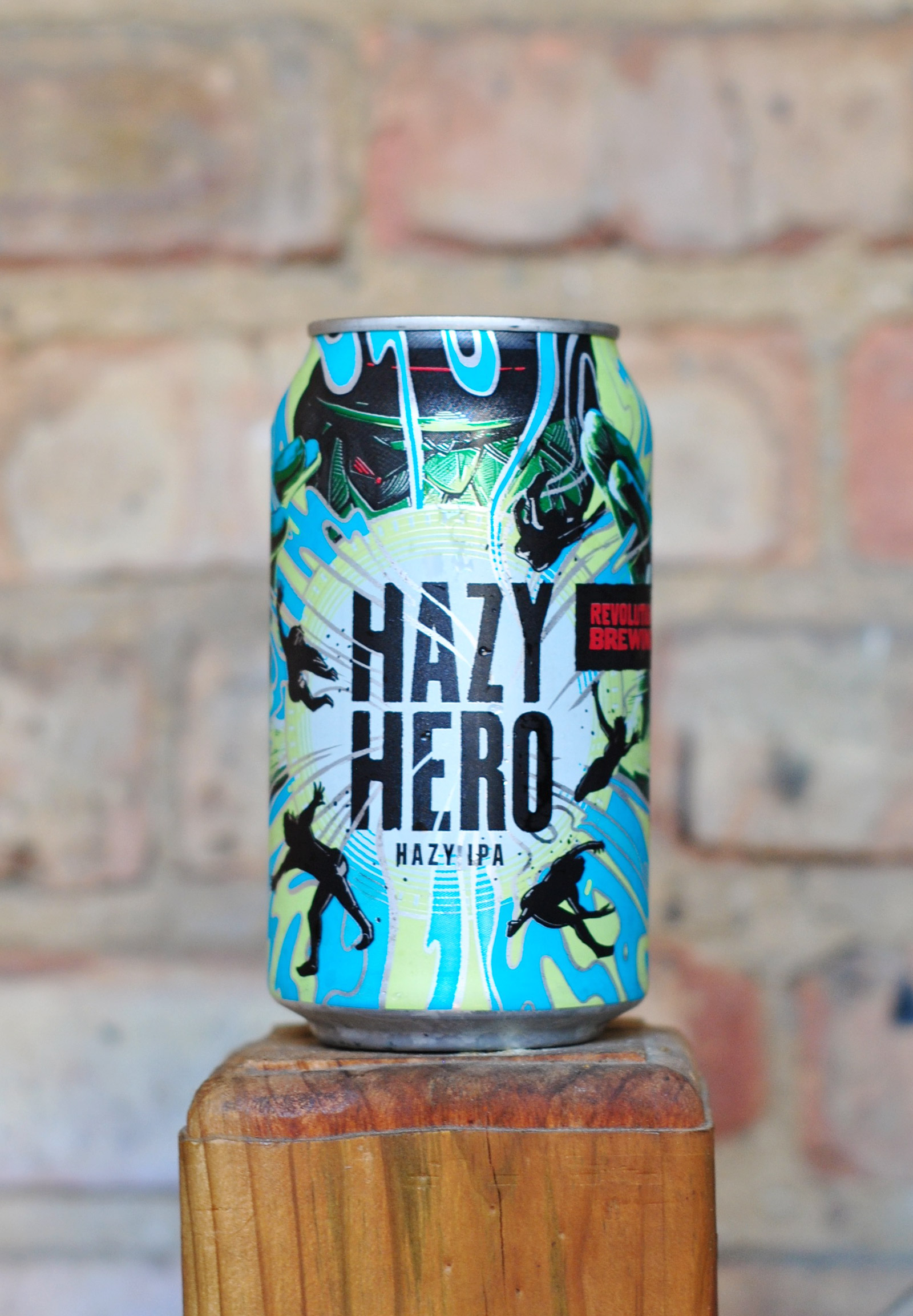 Tons of melon, canteloupe and pineapple all the way through here, with a fluffy velvety mouthfeel, and a more-than-expected bitterness to finish it out. Hazy Hero fills a gap in the ‘Hero’ series, that will surely make plenty of fans.

Drink if: you’ve always wondered what a Rev hazy IPA would taste like. 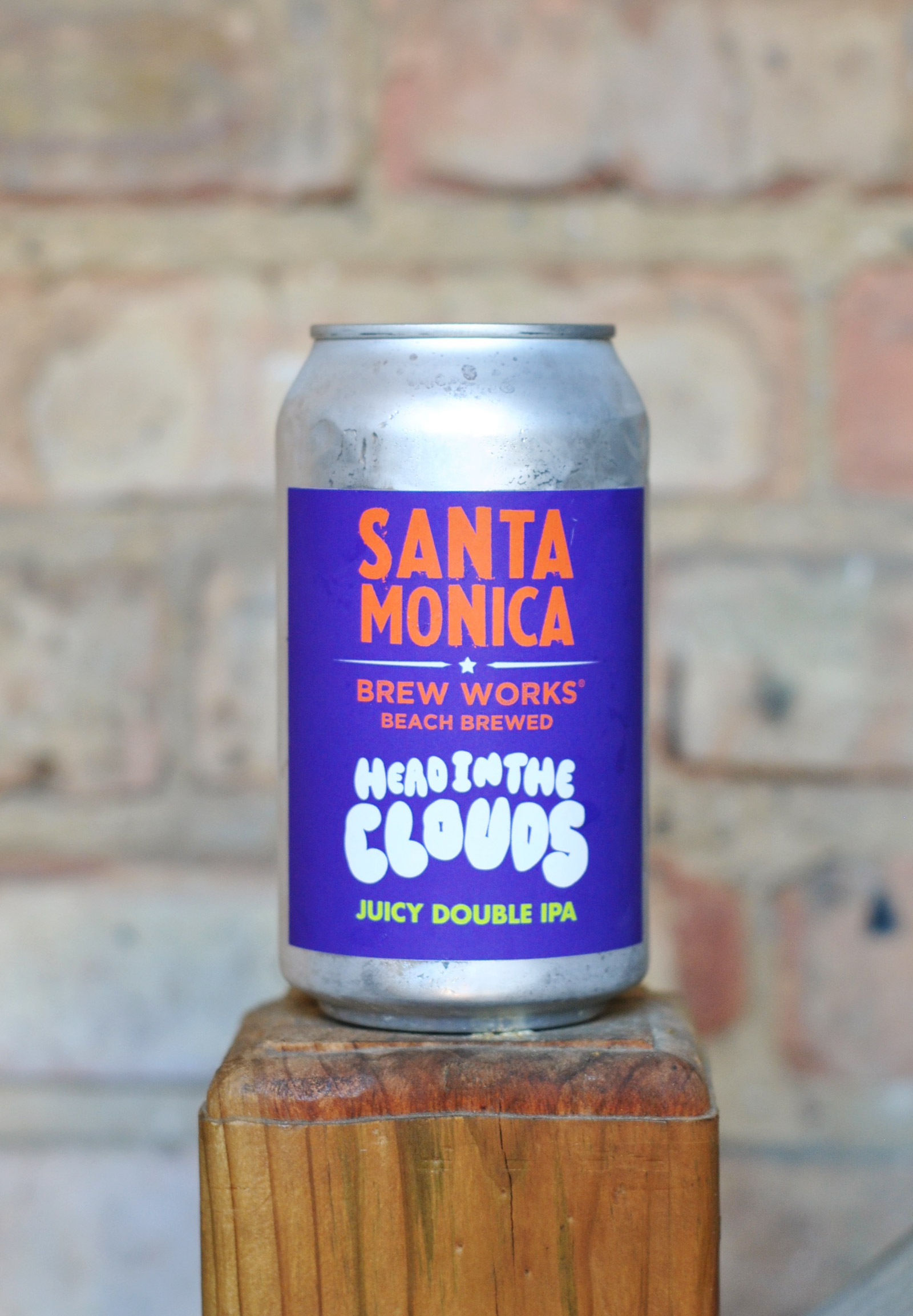 This award-winner from LA is crackery sweet, with a super soft mouthfeel and a punch of passion fruit bitterness on the end. While it’s not as juicy and hazy as one might expect, it does a decent job of ticking several boxes in the IPA category; allowing it mass appeal.

Drink if: you ride the fence about hazy. 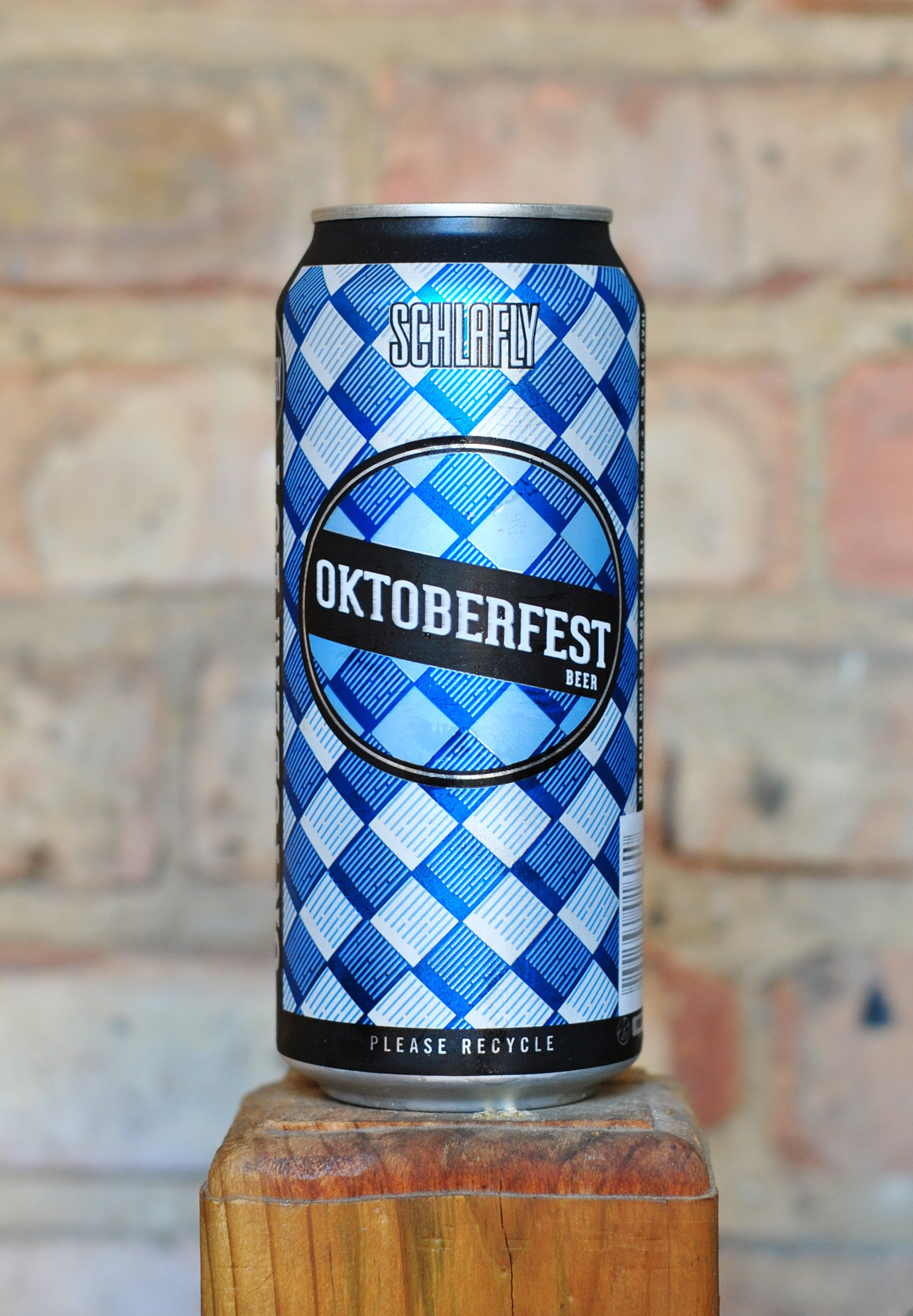 This time last year, Oktoberfests dominated our lineups. So, it’s somewhat a surprise that only Schlafly’s take on the traditional fall Märzen landed here. And to be honest, it nails the style so well you might not need to look much elsewhere for your fall fix; toasty and caramely.

Drink if: ya don’t need just one Märzen. 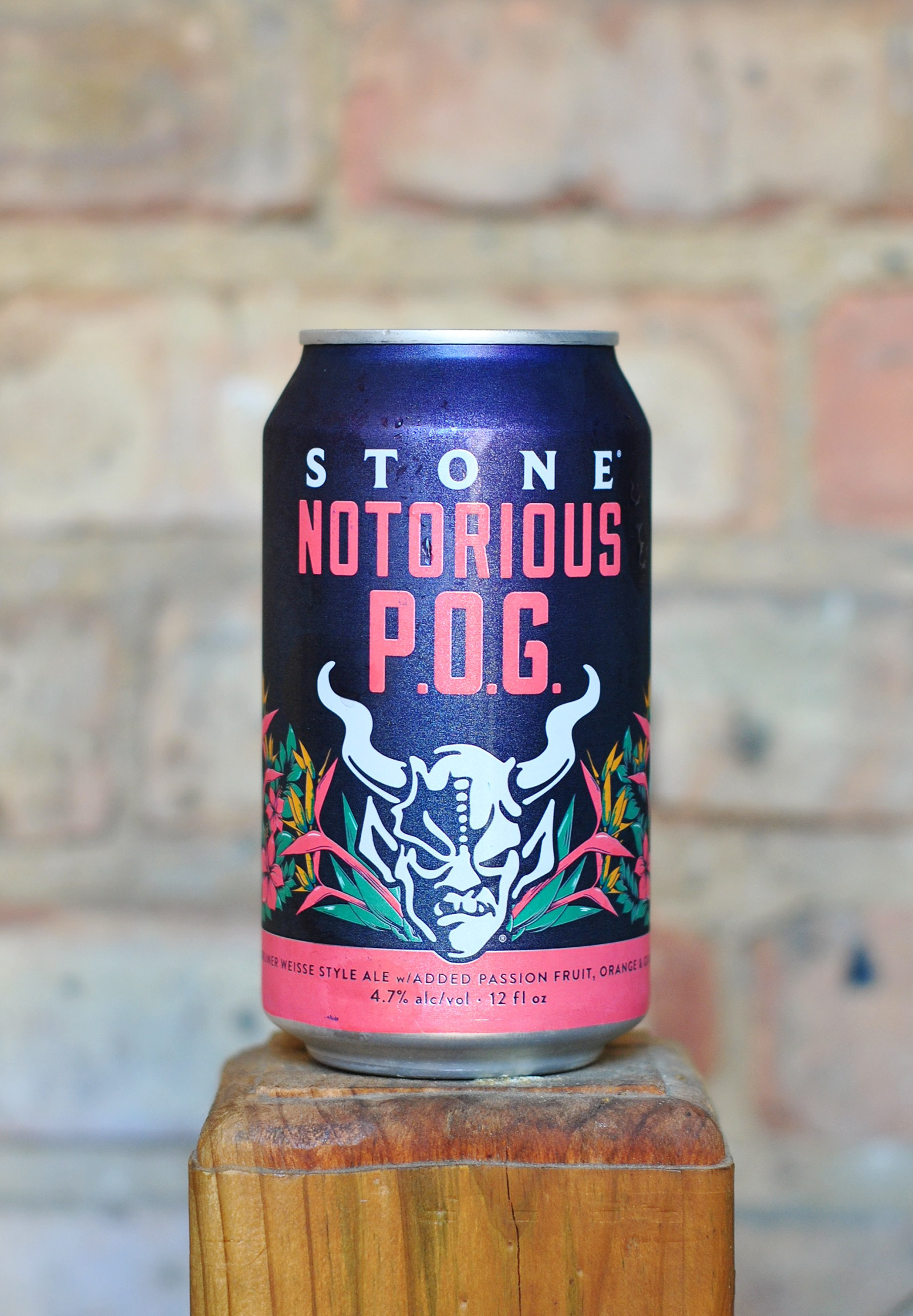 This cult favorite from Stone finally makes its way into cans. It’s a passion fruit, orange and guava-sweet Berliner Weisse (inspired by Hawaii) with an incredibly approachable tartness. We just wish we’d discovered it earlier in summer. 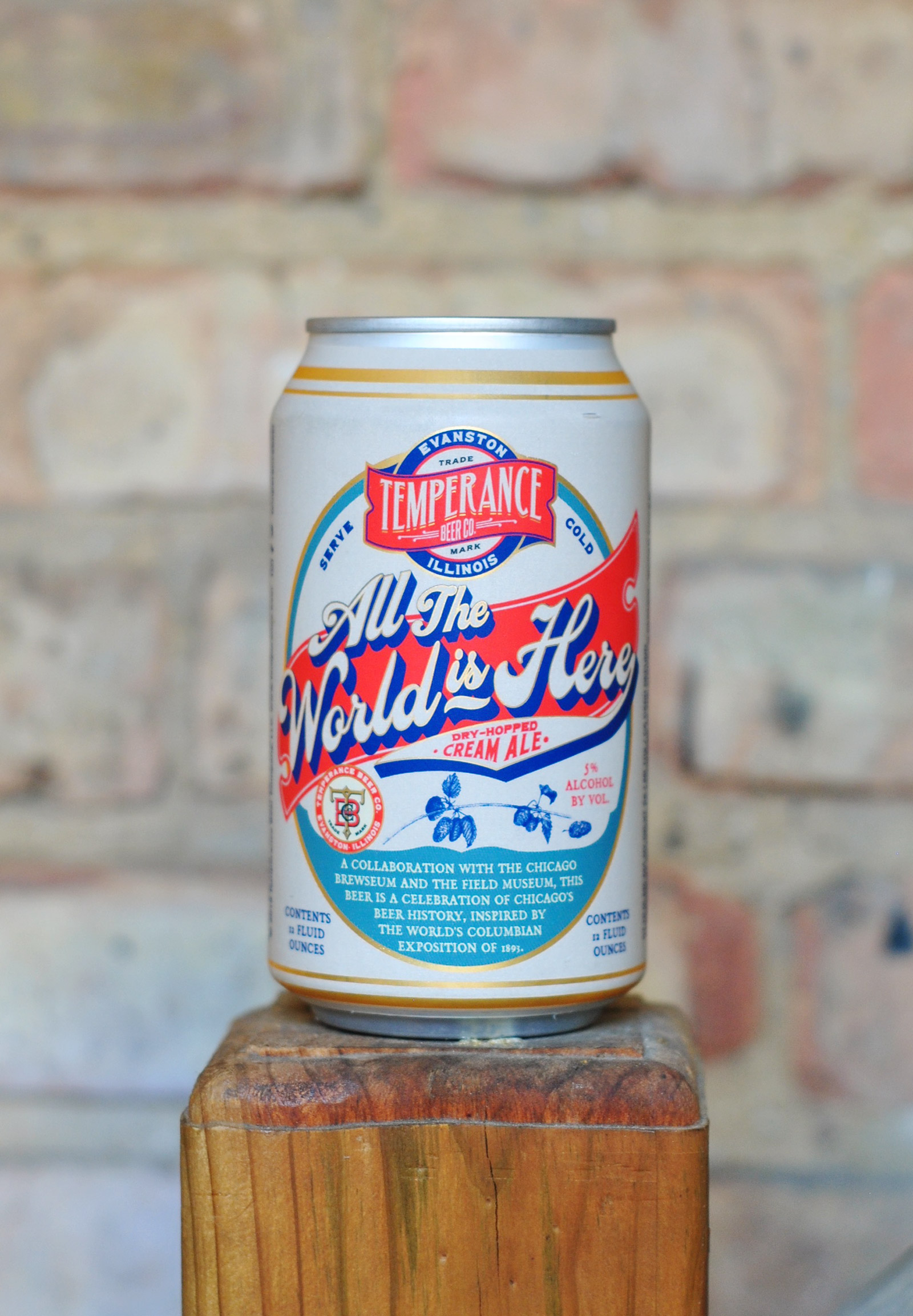 TEMPERANCE
All the World is Here

In a sea of ‘trendy’, we were happy to see a classic cream ale here (inspired by historic Chicago techniques, thanks to The Brewseum). It’s such an easy drinker it might go down quicker than expected. Airy, dry and refreshing, this could easily be a go-to fridge stocking staple.

Drink if: you aren’t feeling fussy. 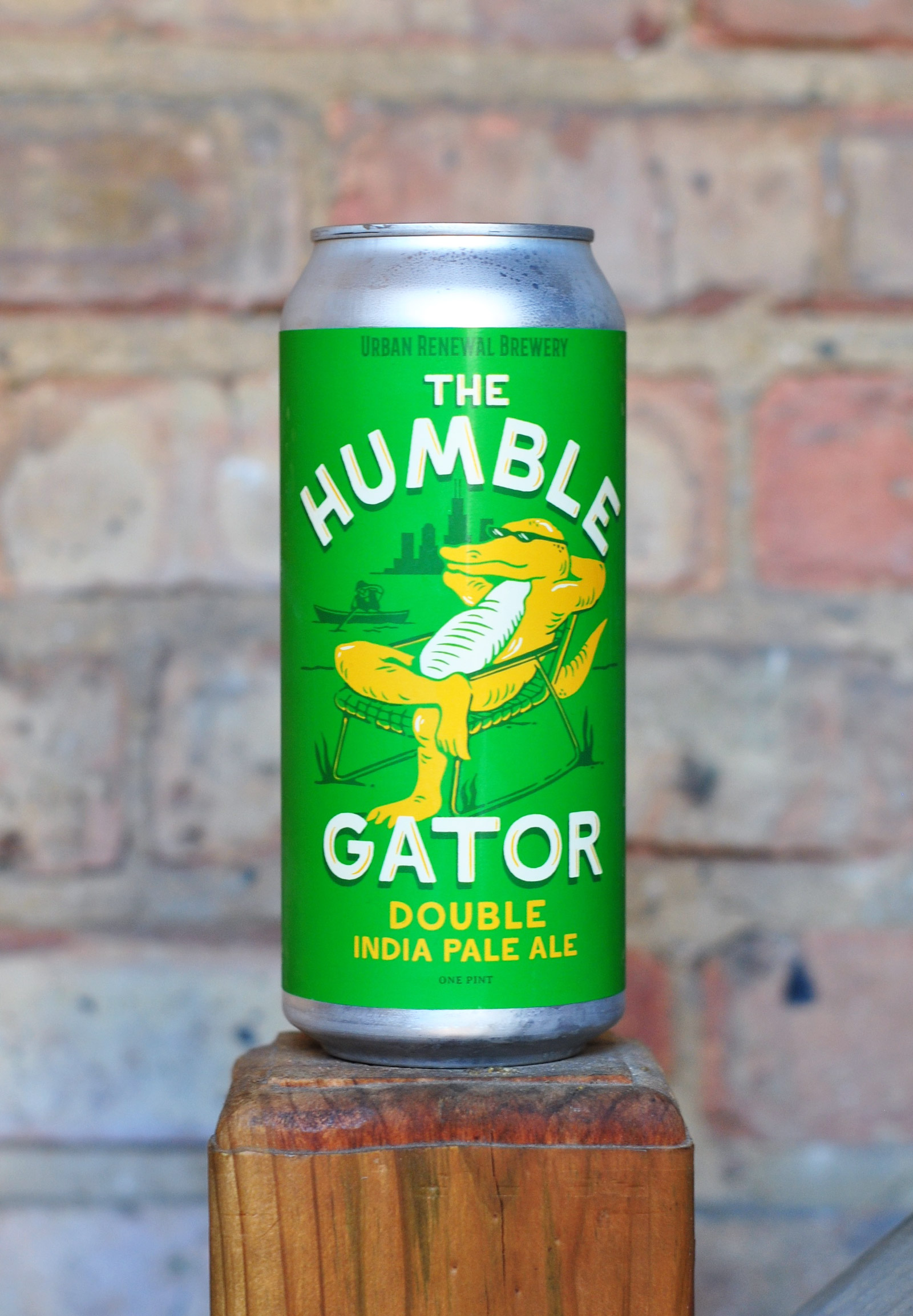 This DIPA is a fairly well executed take on an otherwise overdone approach. It’s big, juicy, melony, and pillowy soft without that lingering residual mouthfeel that many hazies leave behind. Plus, Chicagoans will appreciate the reference.

Drink if: you miss Chance the Snapper. 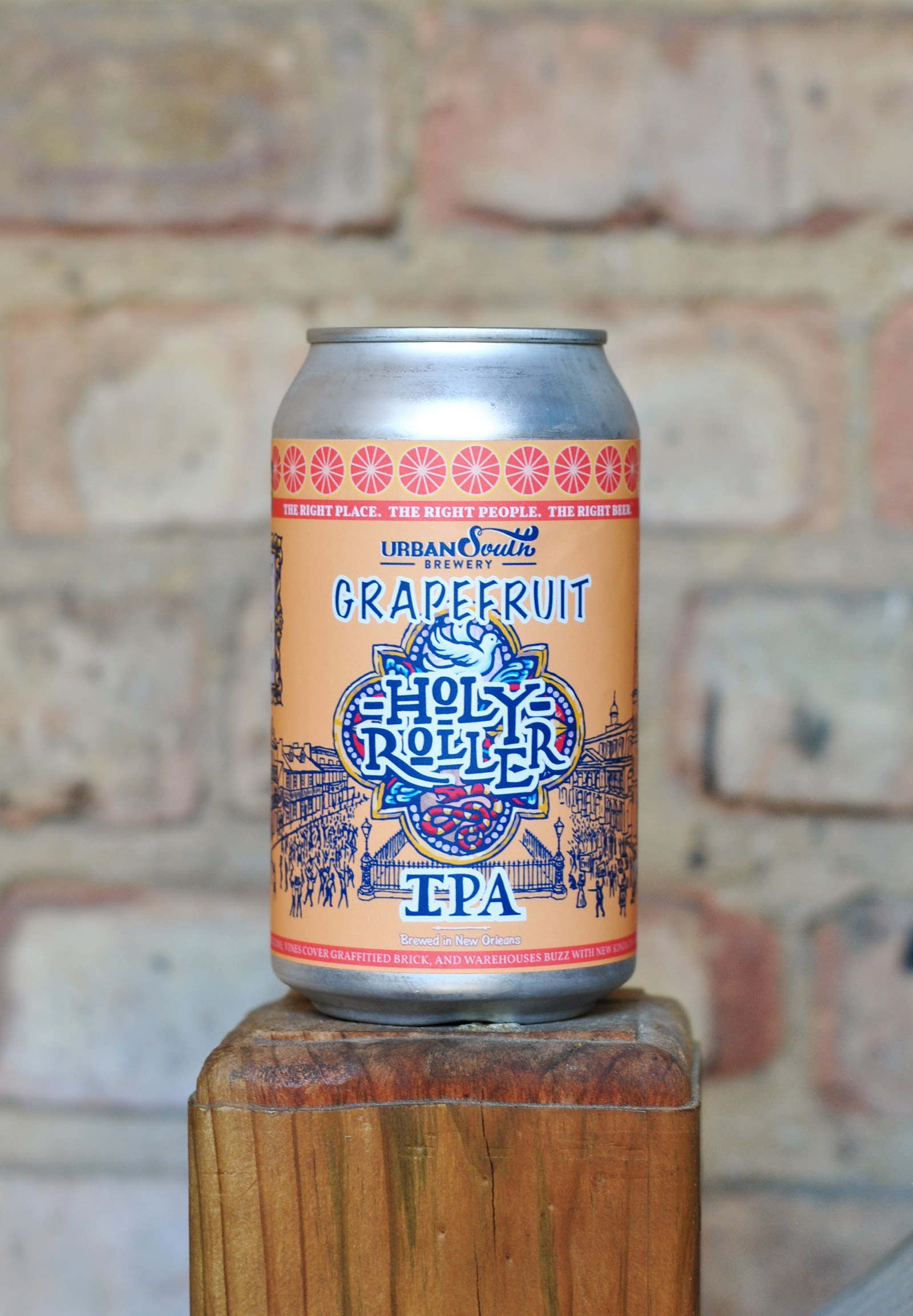 There is so much grapefruit in this beer, and low bitterness, it could easily pass as a citrus soda or a radler if you didn’t know any better. It’s a beautiful yellow hue and is just another beer we wish we’d had around all summer.

Drink in place of: a late summer radler.