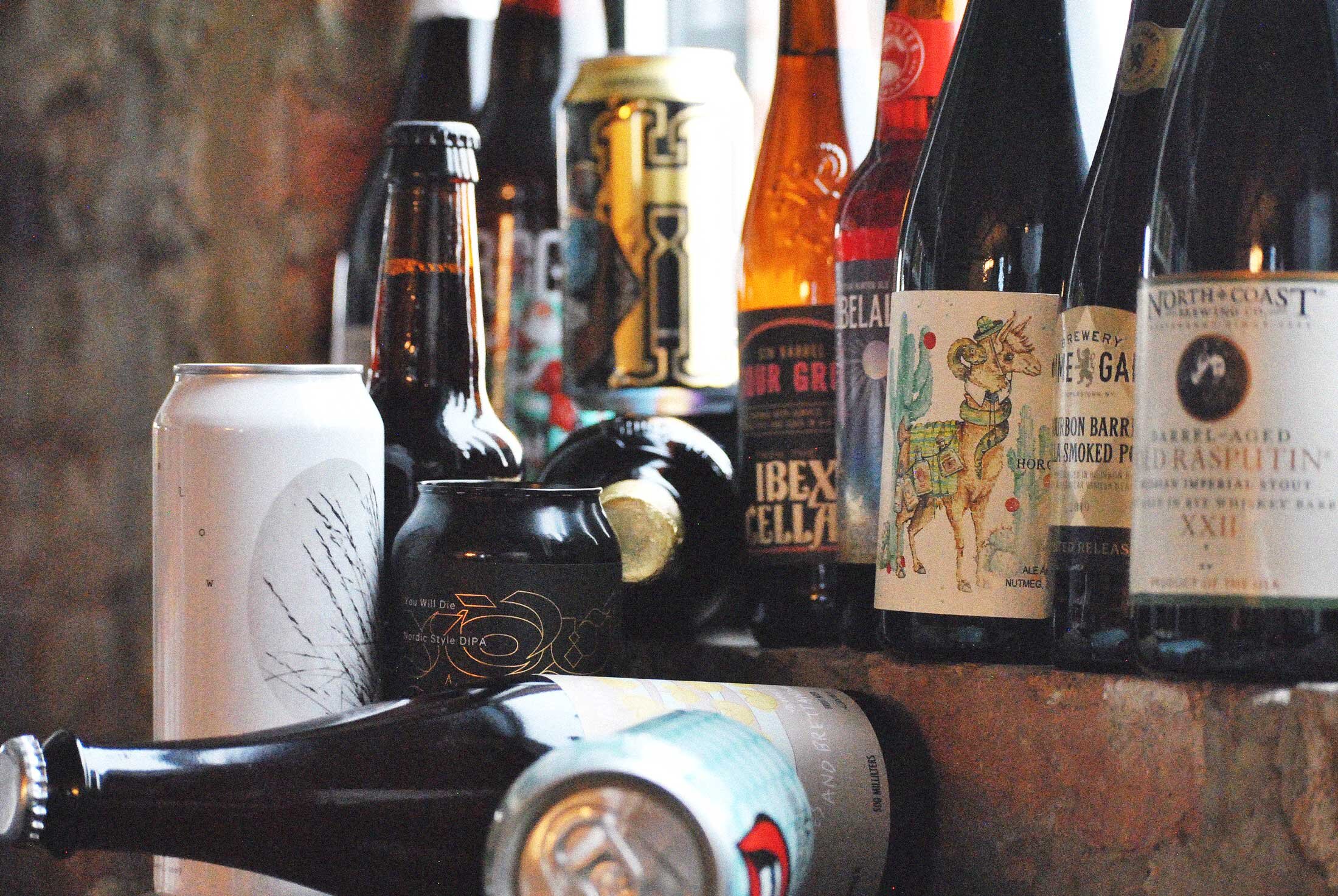 For our final tasting of 2019, we worked our way through the following 19 beers for December and rated them according to our very own interpretation of the BJCP scoring guidelines, on a newly implemented 5-star scale and listed in alphabetical order. We considered aroma, appearance, flavor, mouthfeel, overall impression and trueness to style. The rating system can be interpreted as follows: 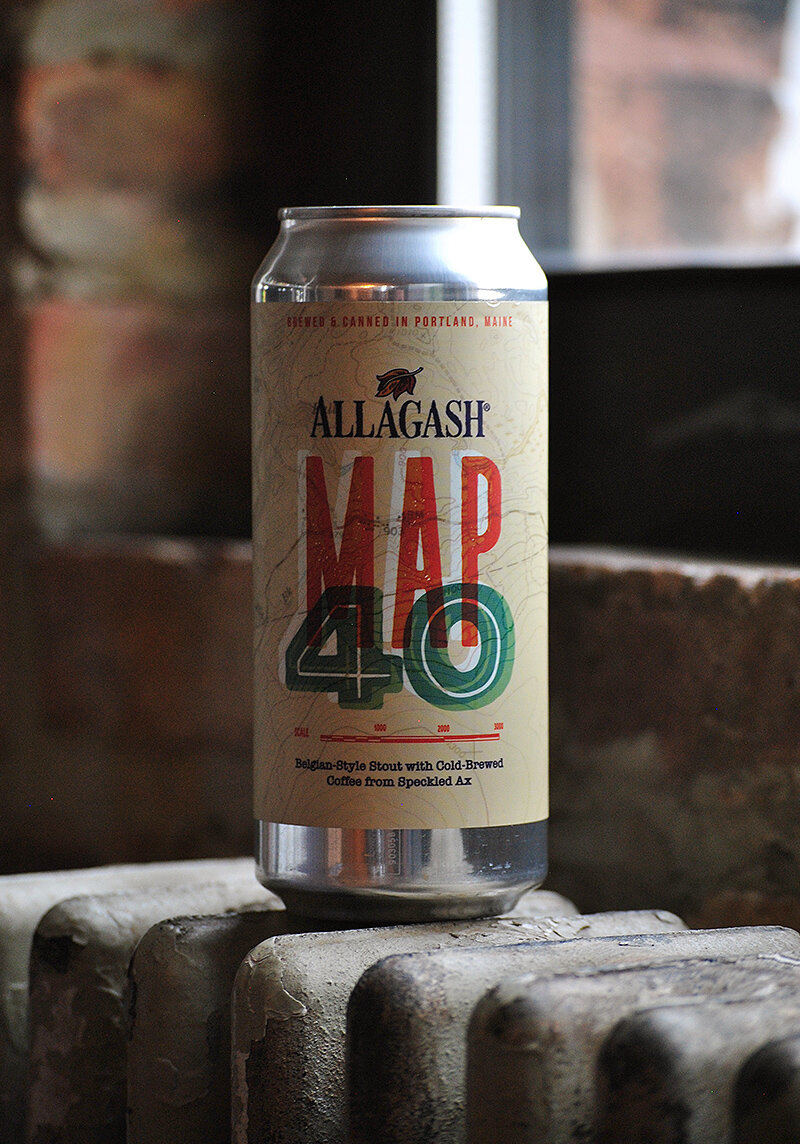 This beer demonstrates that a coffee stout can be aggressively coffee-forward without needing a boozy or syrupy base to rest on. It’s a bit higher carbonated with a lightly bitter and dry finish, but the star is the mild chocolate and pepper coffee roast that lingers on the flavor well after each sip. 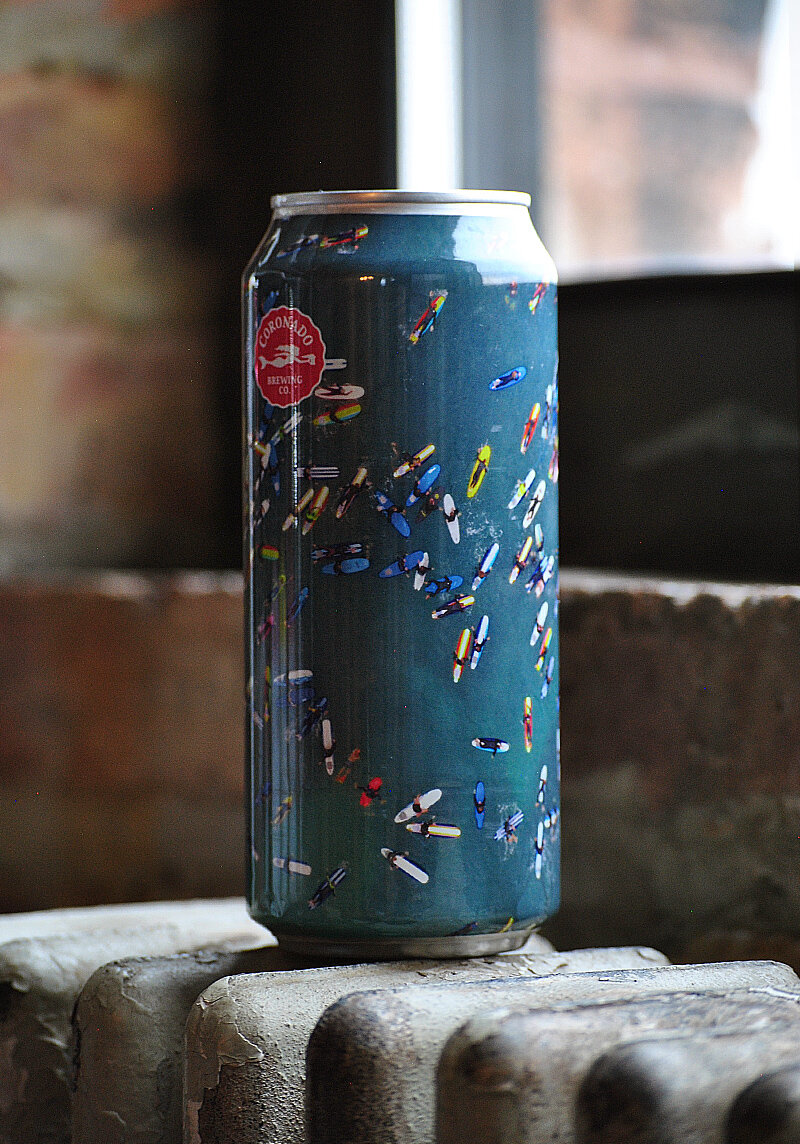 With the name Mango Sprinkles, I expected this beer to be juicy with mango flavor, especially since it has a great mango smell. Sadly, I was a bit disappointed. While it poured like a hazy, the taste wasn’t there. It was oddly spicy, with little mango anywhere in the taste. 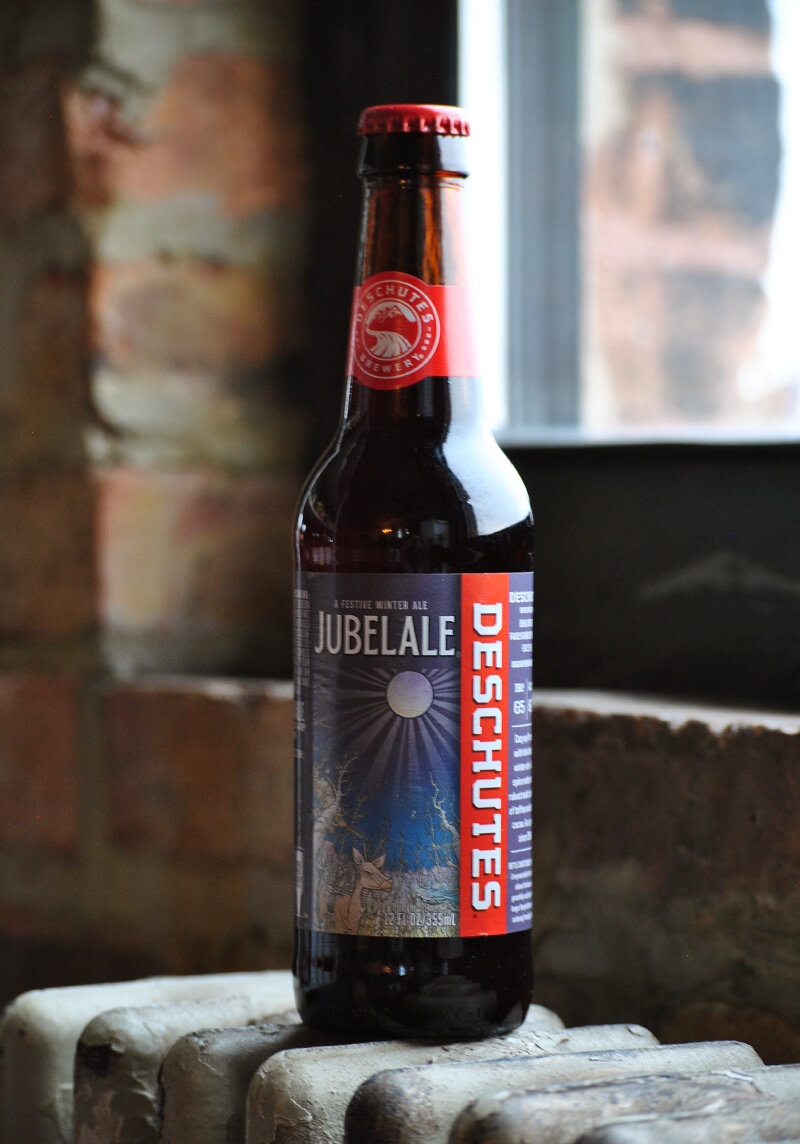 The caramel notes are subtle, and the experience as a whole is drinkable, but its effervescence and hollow body leaves it falling short from all the claims on its label. A winter ale with mild spice notes; drinkable for a winter ale, but strong enough to get you through the holidays. 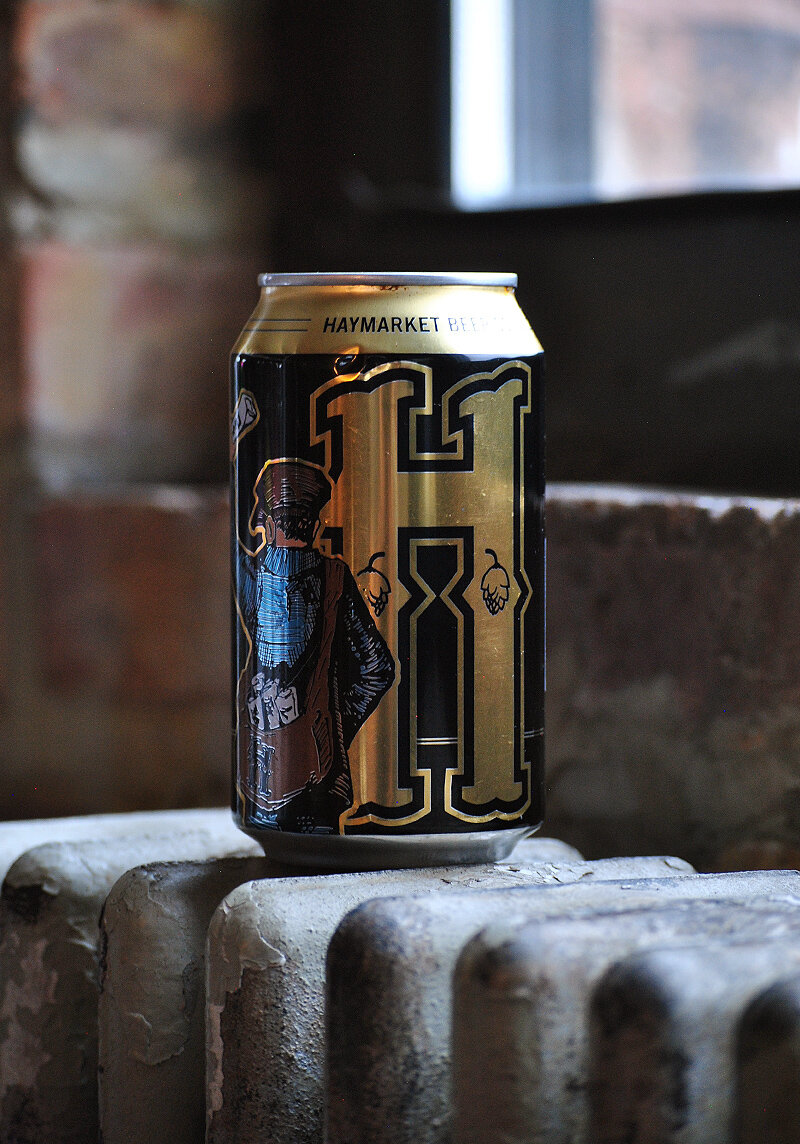 A hop-forward stout that has been a rotating staple in Haymarket’s portfolio of beers. There are strong notes of chocolate but more citrus than you’d normally see in a classic stout because of the prevalence of the hops. Bonus: this beer has won numerous medals at GABF and the World Beer Cup. 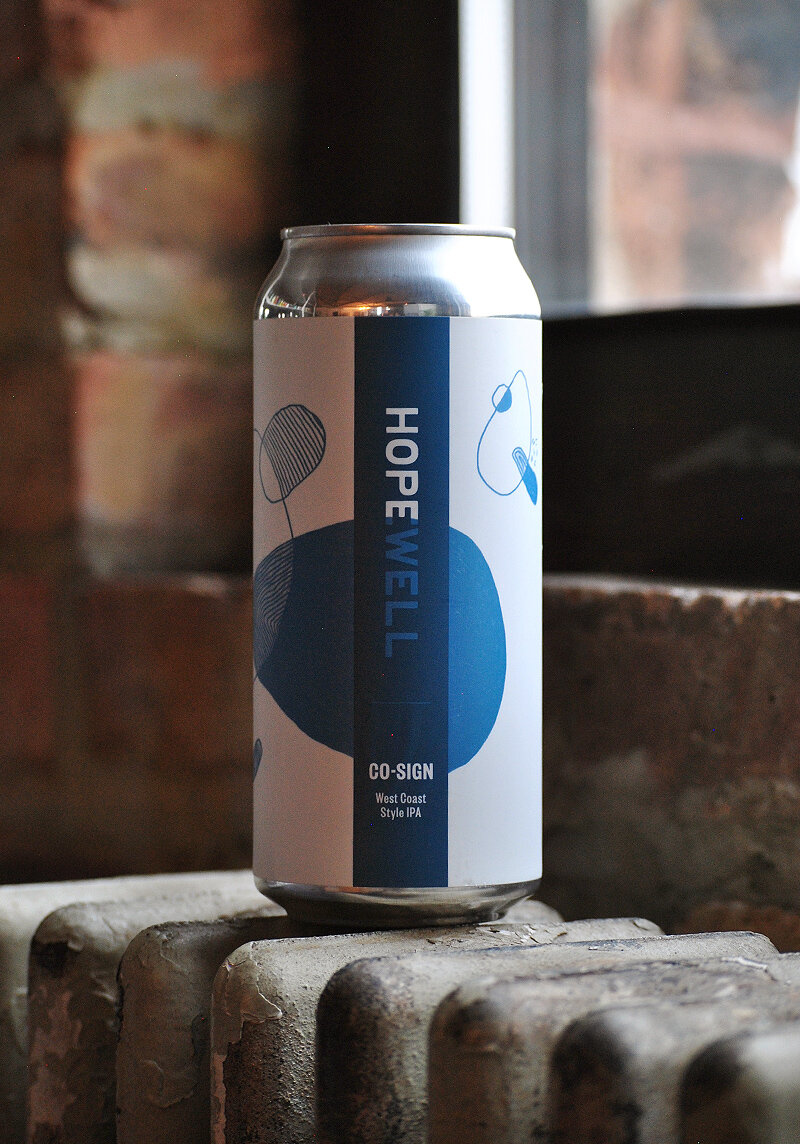 This West Coast IPA was an easy-drinker given its 7.1 % ABV. It had a light citrus aroma and solid pine notes in flavor and mouthfeel which I feel is typical of style and what more and more people are coming back to, it seems… 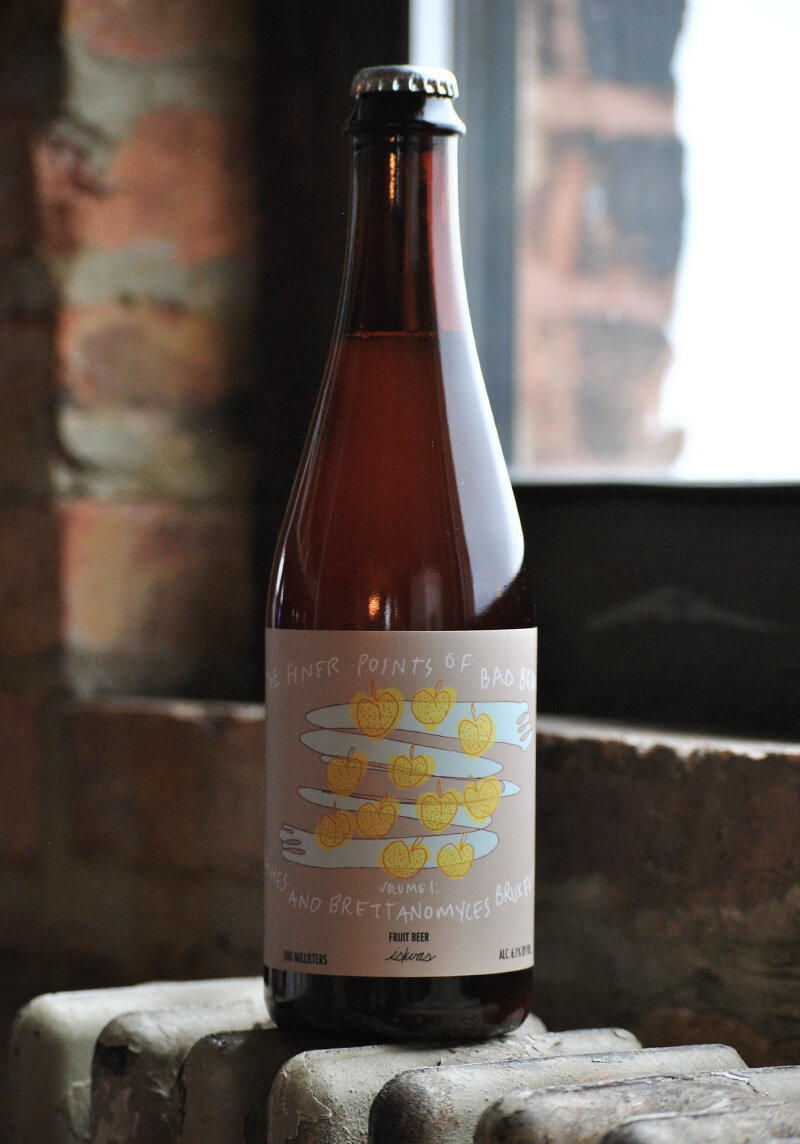 The peach is strong in this one. I really enjoyed that it carried the stonefruit’s flavor without the sour bite that is typical for many fruit beers. This one will be fantastic once it has some time to sit and get even funkier! 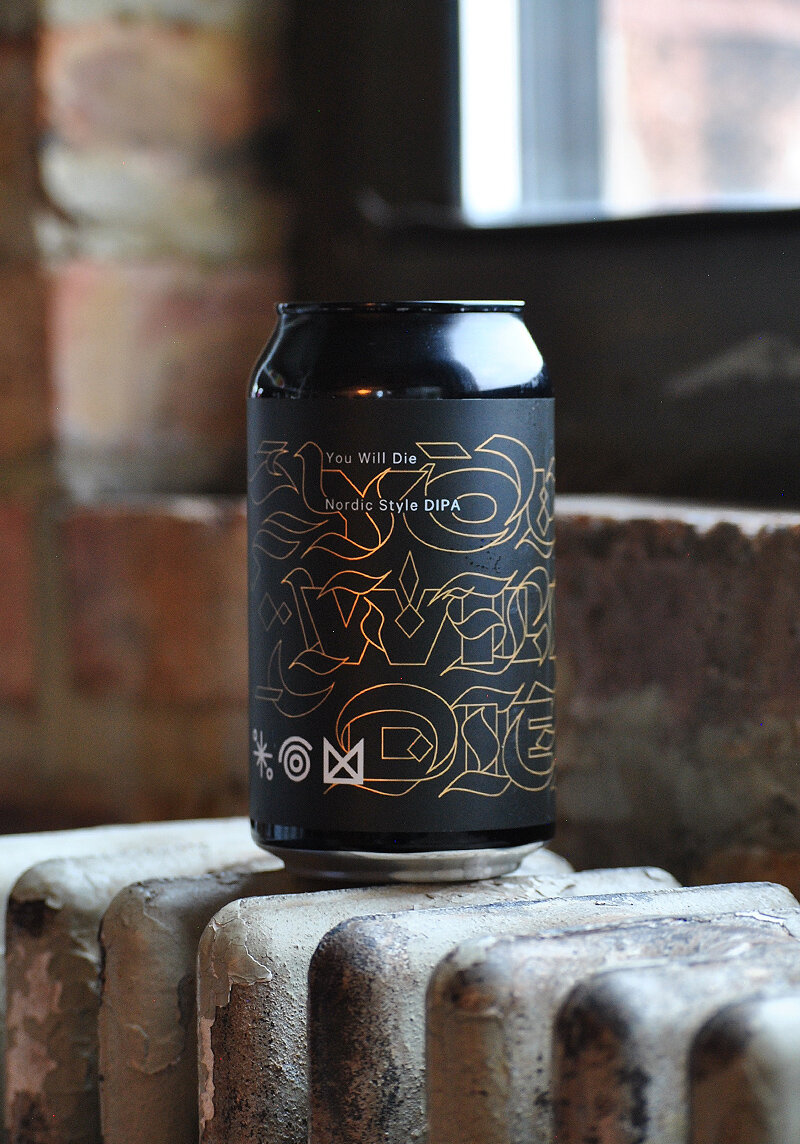 MARZ
You Will Die

Marz excels at the hazy IPA category and they continue to get this style right with their latest ‘Nordic Double IPA.’ The Kveik yeast in this particular beer shines as it brings out deep tropical notes upfront with a light dryness on the finish. 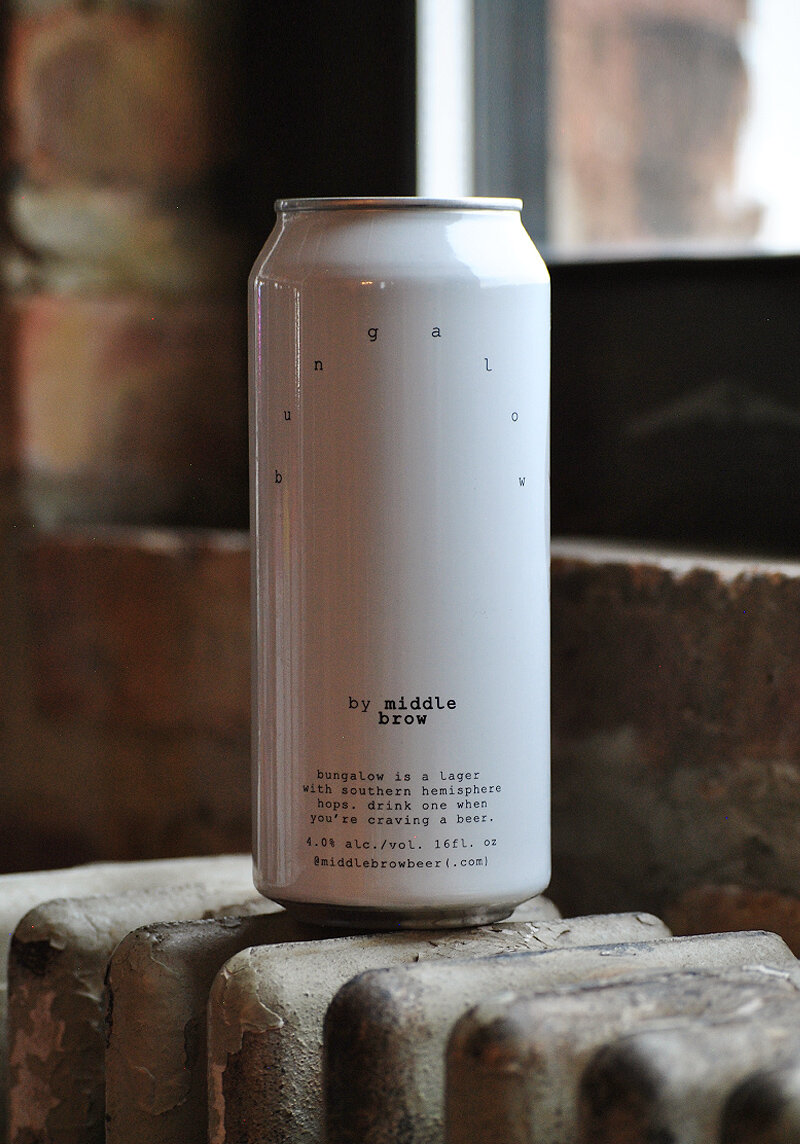 With an earthy nose and a champagne-crisp bite, Bungalow adds a grassy front-end to a classic lager formula. It’s a light beer, and intentionally low profile. But, an oddly distinct smell prevents an otherwise overall refreshing experience. 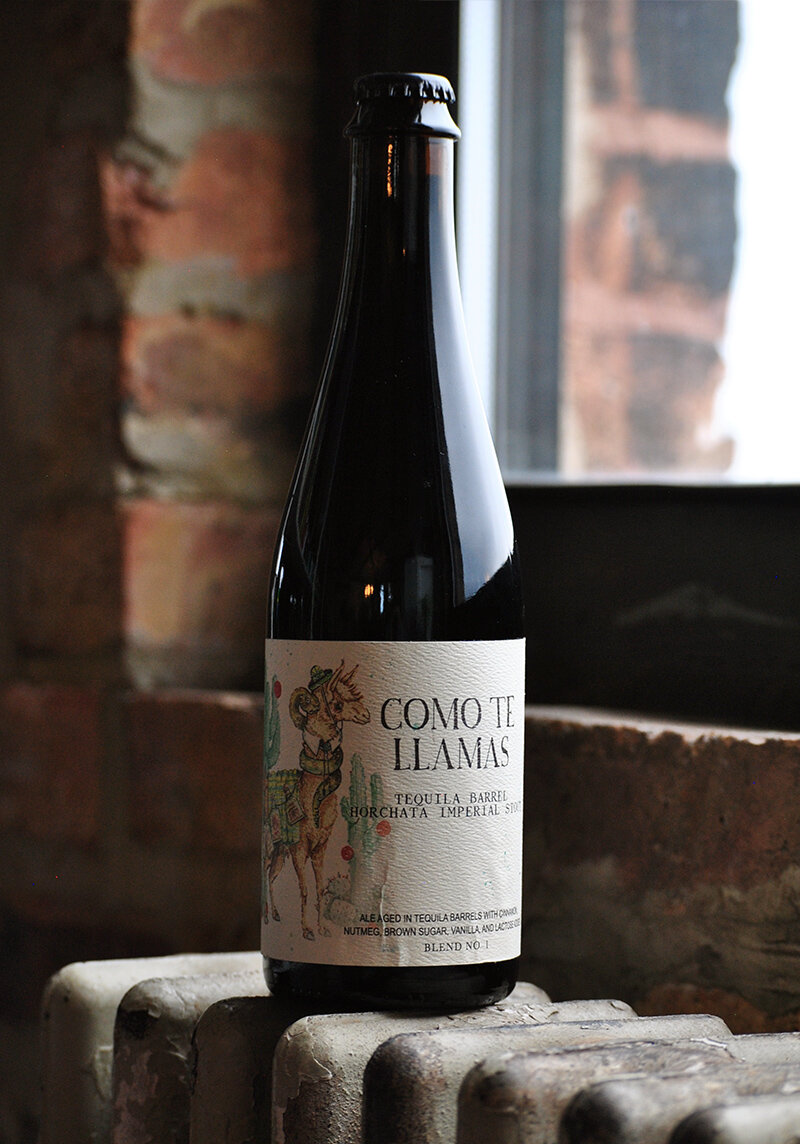 On the nose, this had the aroma of a standard stout, and I was really hoping for more agave to be prominent since it was tequila barrel-aged. The flavor and mouthfeel were similar. Though it had light cinnamon notes, it tasted more akin to a standard American stout. 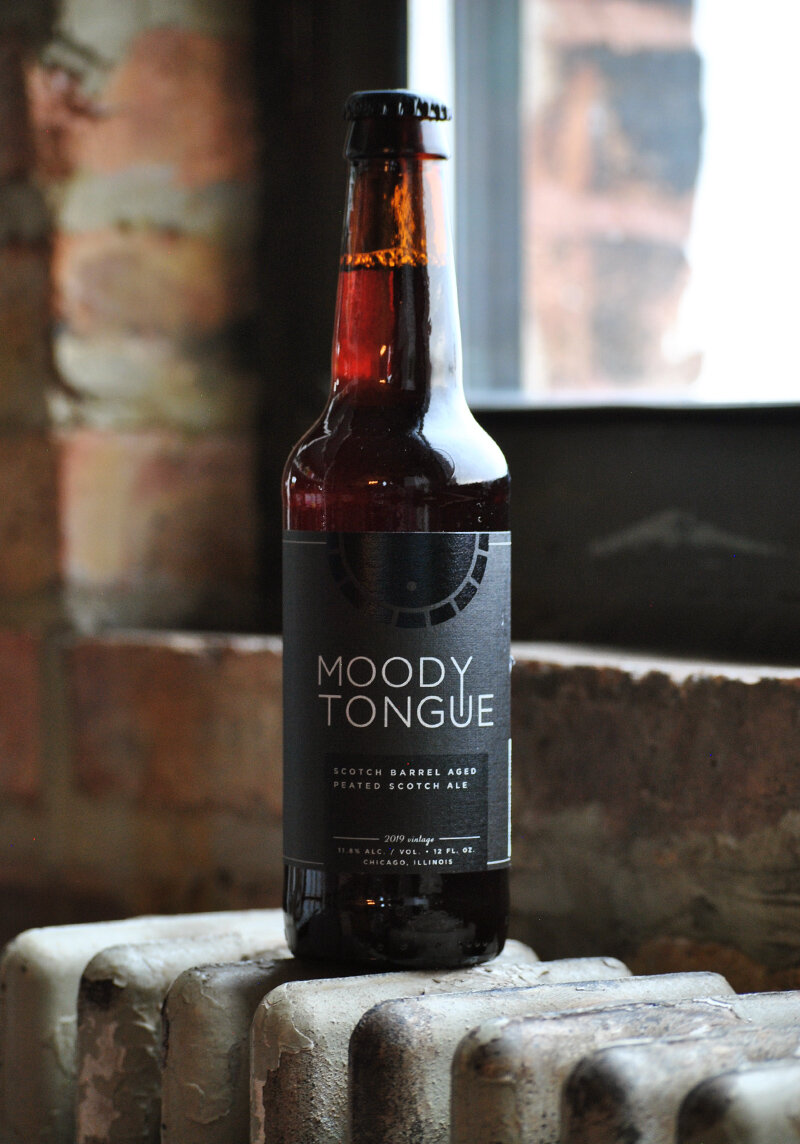 This big beer out of Moody Tongue had an obvious smoky smell, but with a funky after taste. Personally, I can’t help but suggest that breweries keep peat out of beer. This one was a miss for my palate. 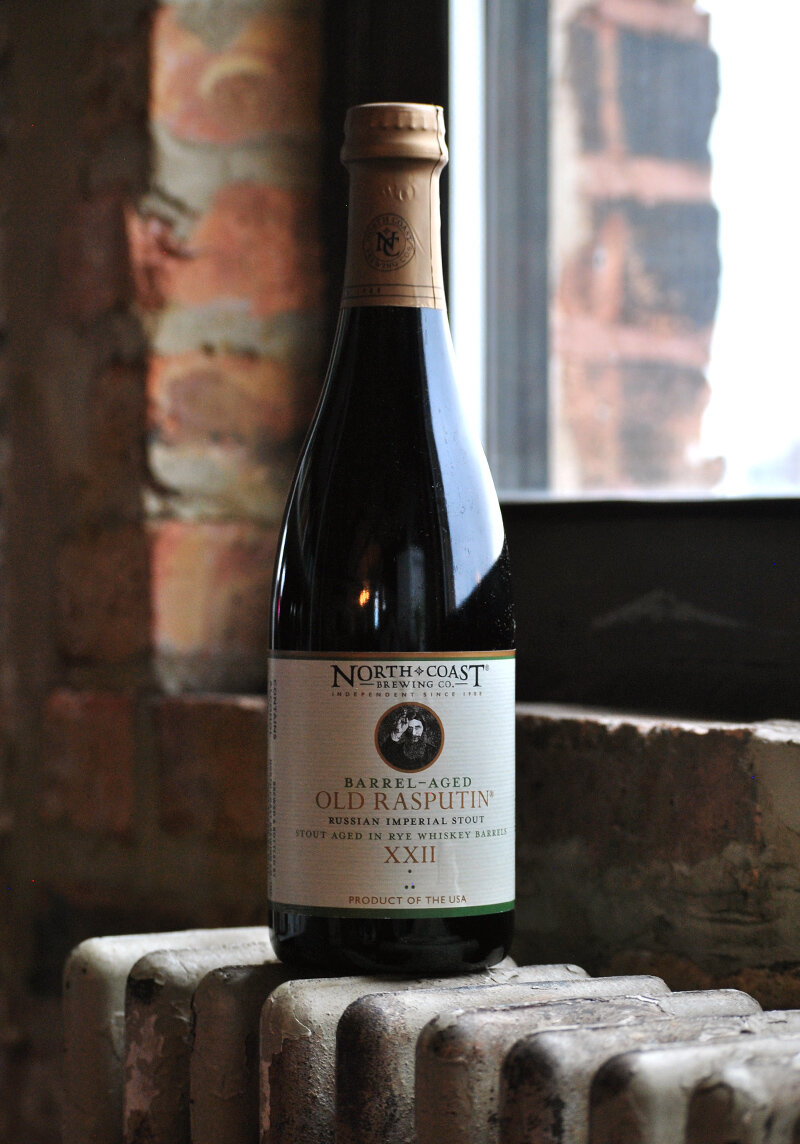 The well-known stout from North Coast gets the barrel-aged treatment and they absolutely nail it. The barrel is present but not overpowering and provides great bourbon notes that pair perfectly with the chocolate and coffee notes from the beer. At 10% ABV, it’s on the lower end for barrel-aged stouts but that just means you can drink more of it. 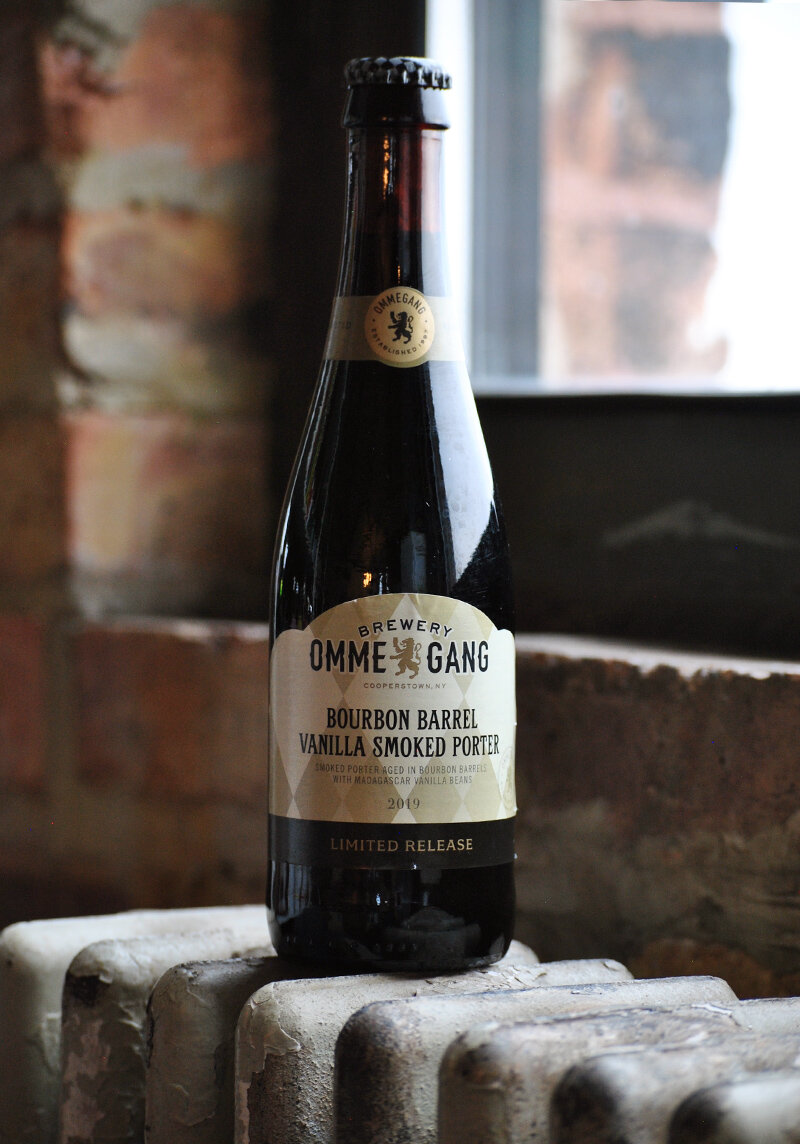 This is a bottle leftover from a spring trip to the brewery this year. At the time, I recall really really enjoying the balance and approachability of this beer. But the few extra months on this did not do it justice. The beer had, weirdly, soured. Plenty of bourbon was still obvious, but the sweetness was gone. I’ll have to revisit 2020’s version for redemption. 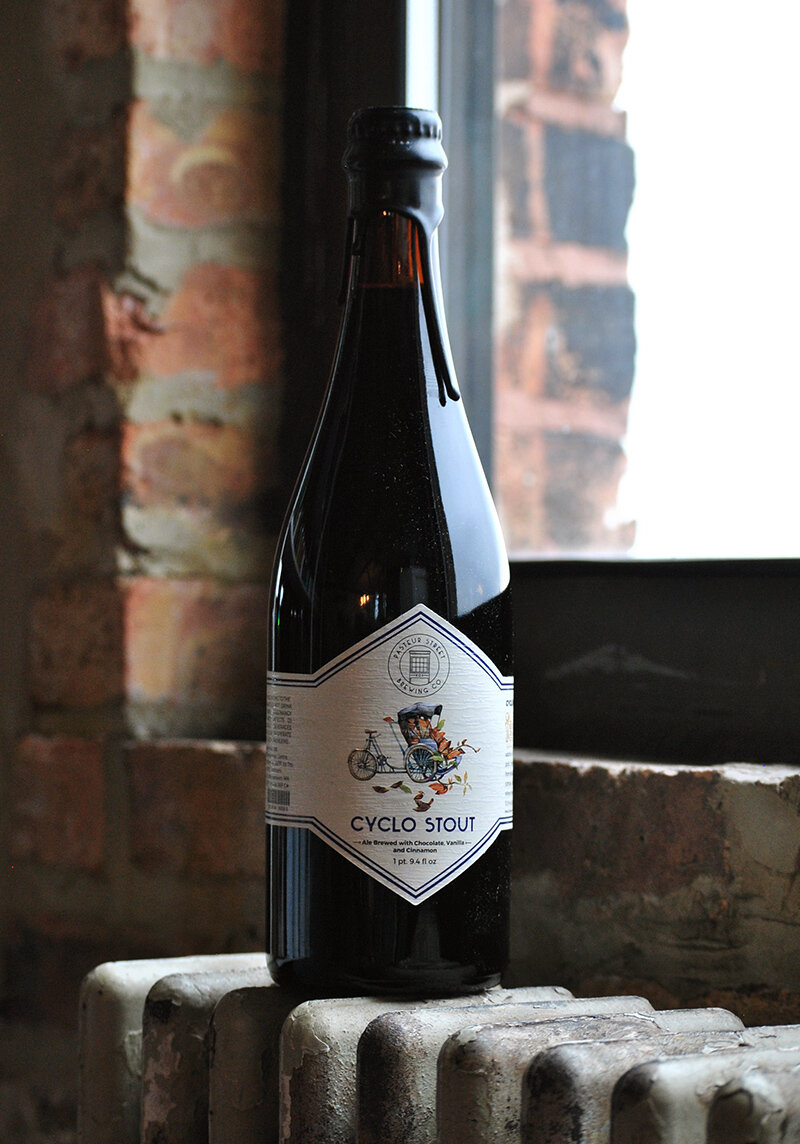 This was a wild one–layers of Vietnamese cinnamon, vanilla, chocolate and hop bitterness. The dessert-like characteristics are countered by a distinct hop bite. Not everyone was a fan here, but I was certainly intrigued. 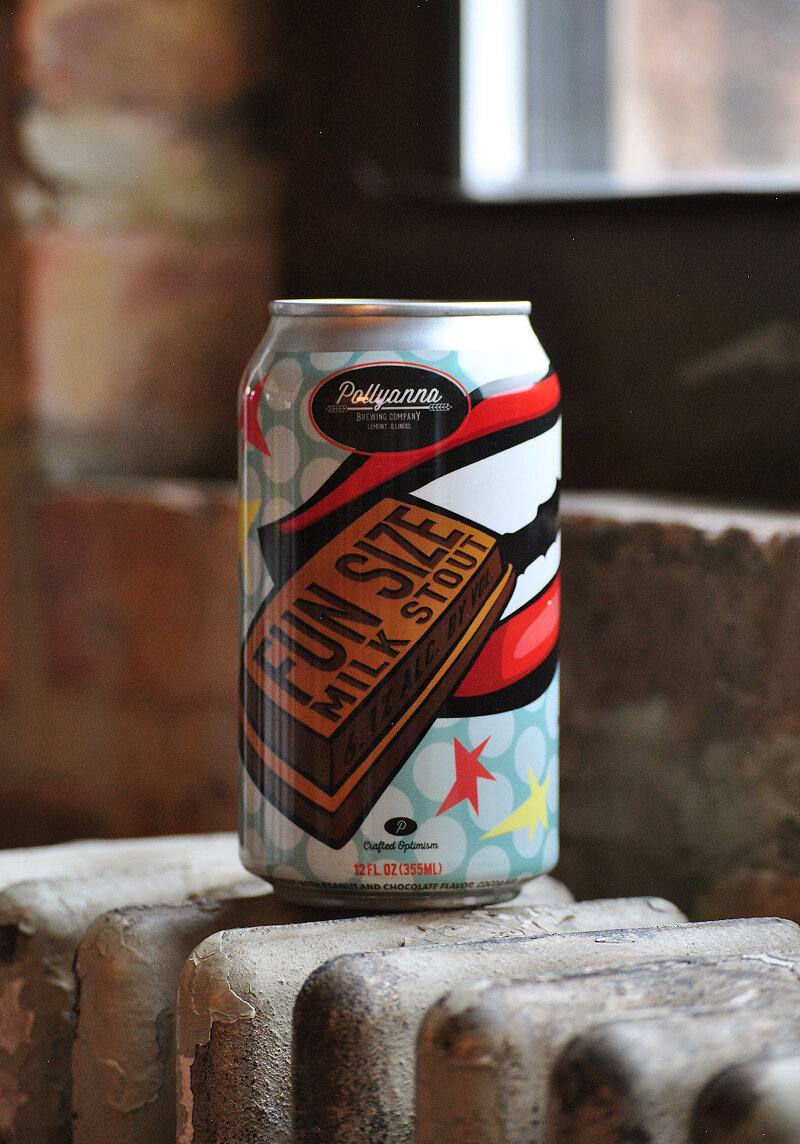 An all around approachable milk stout, that reminds you that, well, milk stouts still deserve attention, in a sea of adjunct-ed and barrel-aged versions. It’s mellow, smooth, chocolatey–and ‘fun.’ 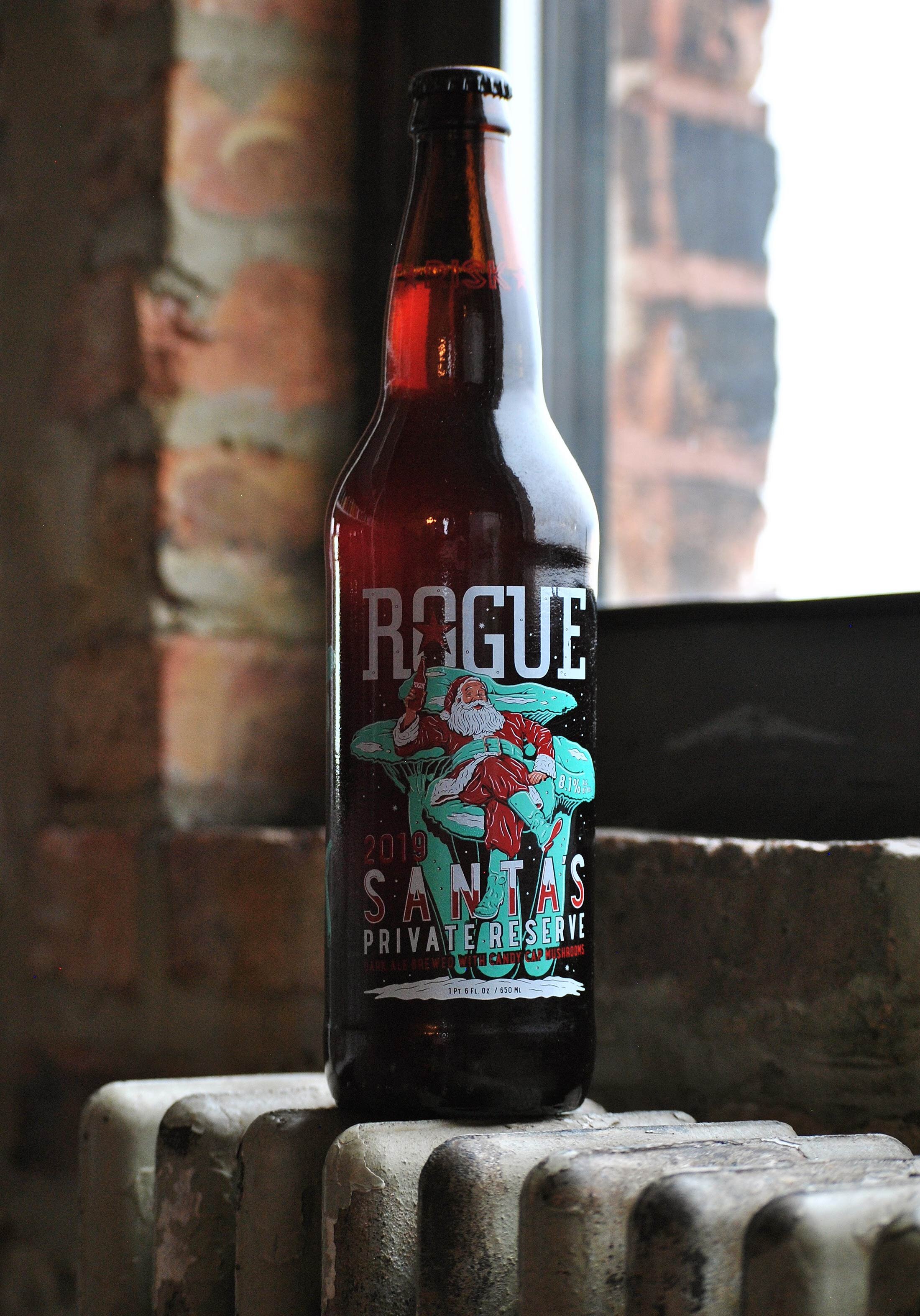 This holiday season, it’s time to revisit Rogue’s most Christmasy of beers with their Santa’s Private Reserve 2019. The addition of mushrooms might turn you off, but the Candy Cap fungi have a maple flavor to them, making for a sweet treat…just like that Santa might enjoy. With maple flavors and aromas along with the taste of honey notes, you’re almost presented a candy that seems oddly familiar. At 8.1% and a 22oz. bottle, you might want to share with a few friends. 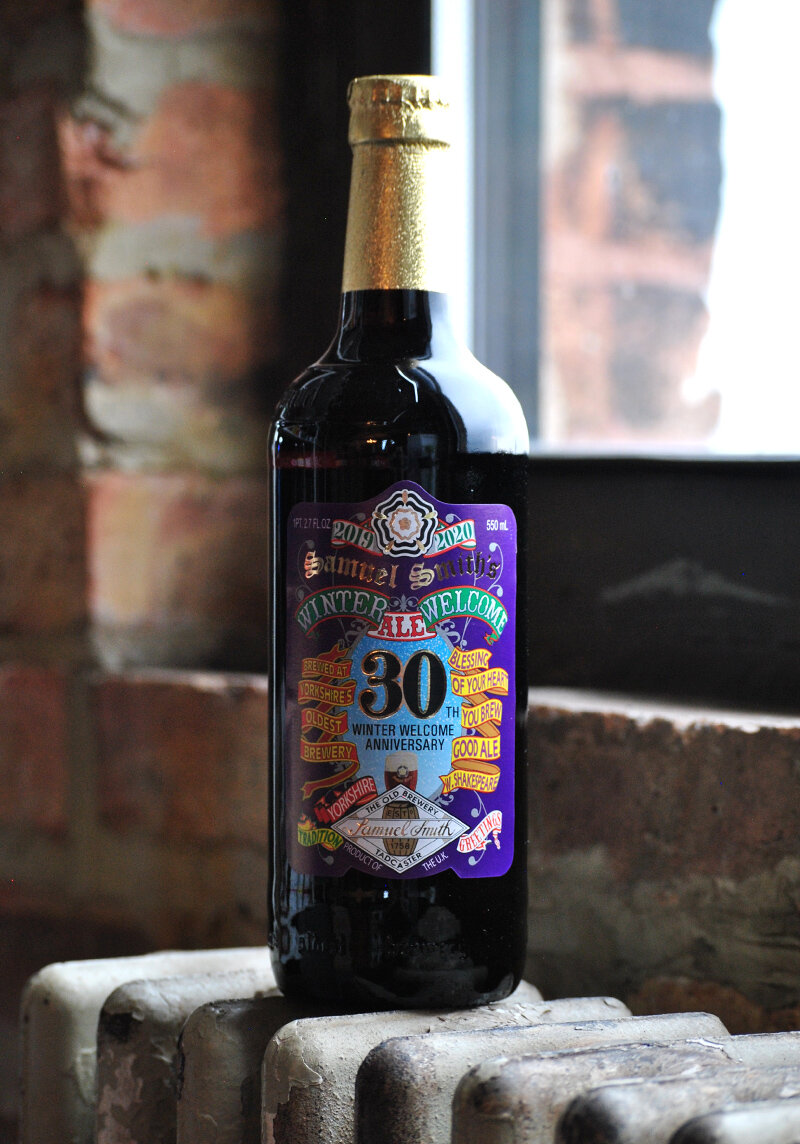 Tired of all the too-sweet stouts and hazy IPAs dominating the market? Look to Samuel Smith for a malt-forward beer with a hint of warming spices and hop bitterness for your winter fix. It pairs well with sitting by the fireplace–until you invariably finish it, that is. 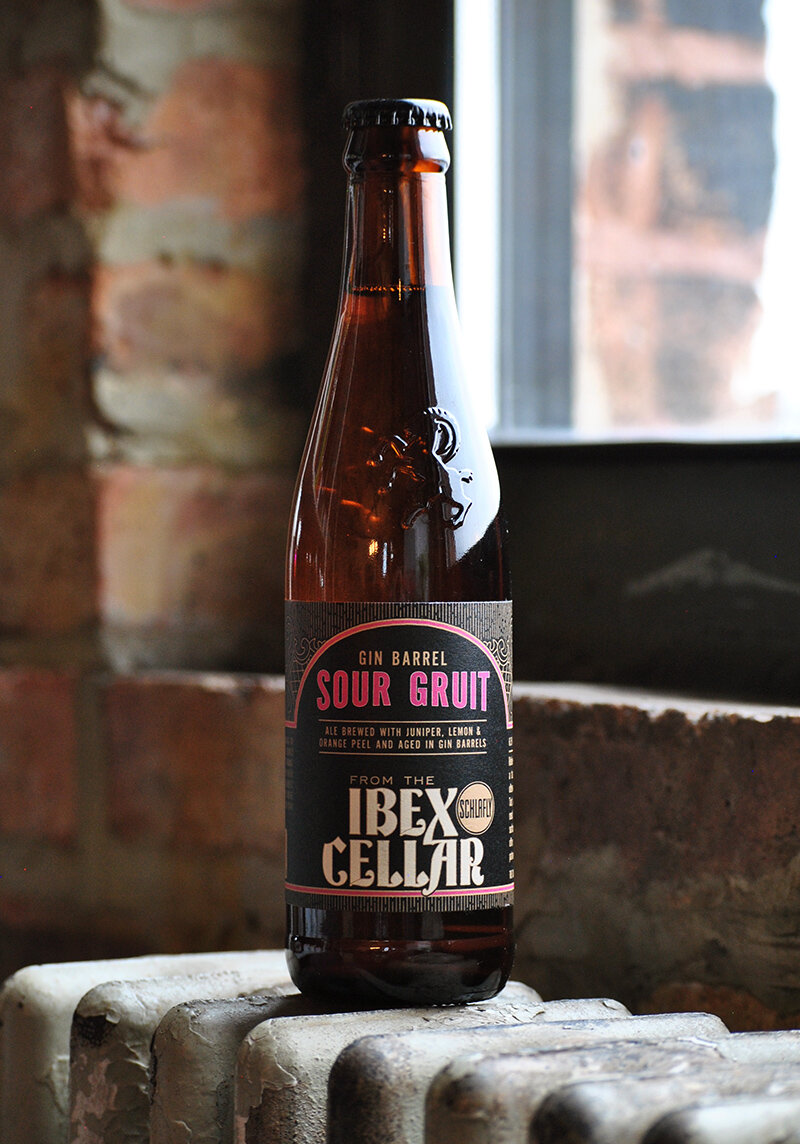 This entry into a very neglected style features a fair amount of lemon and grains on the nose, with a citrus bite and dry finish on the palate. The name throws you for a loop though, as it’s not overly sour and there’s very little gin barrel and juniper present. Appreciate the try, but I’ll look elsewhere for my gruit needs. 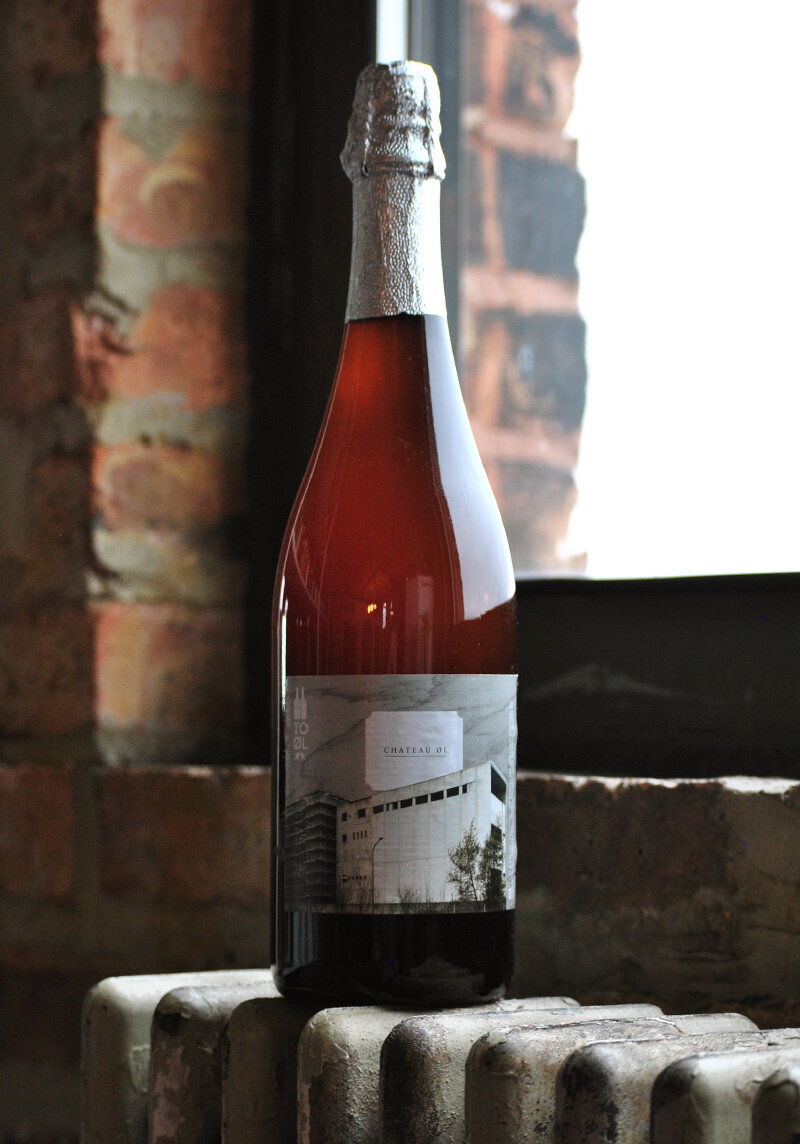 I’m really into Belgian tripels lately, and really enjoyed the wine-esque approach to the style, here. ‘Chateau’ had the fruity sweetness of a white wine paired with the typical Belgian spice characteristics you’ve come to expect. This one may be difficult to find in the States, but grab it if you see it! 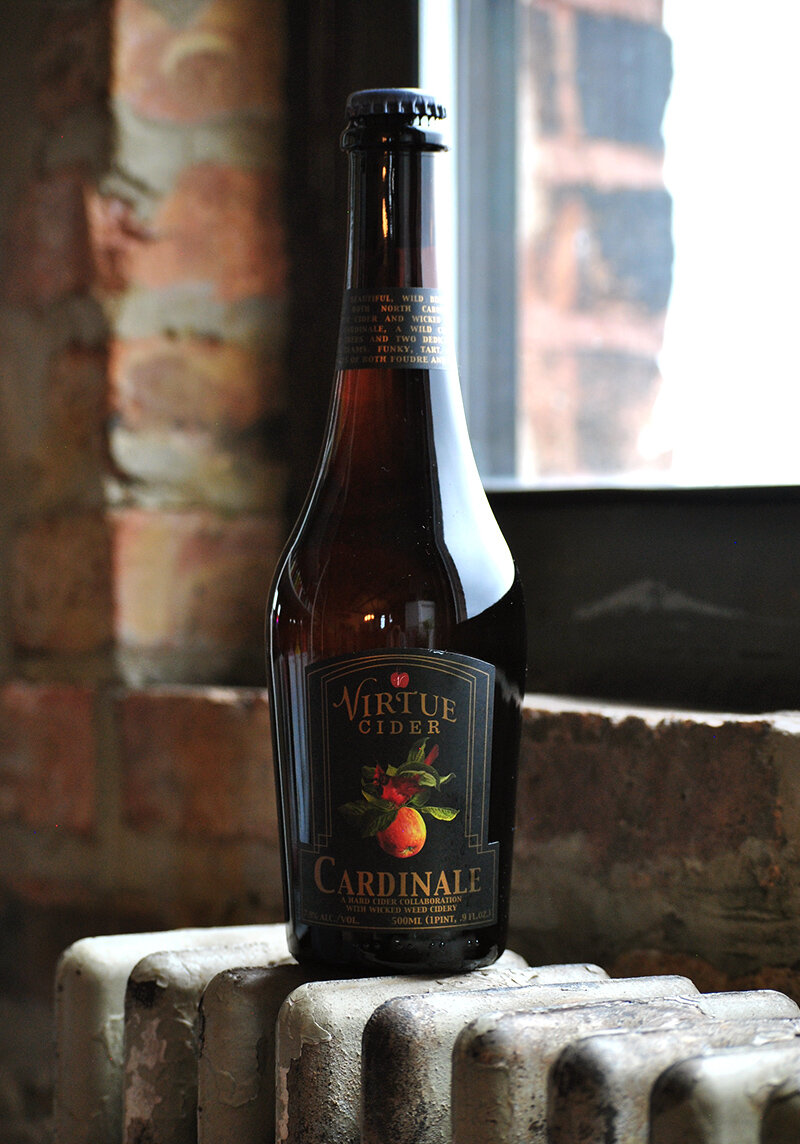 Sweet Michigan apples and a Brett fermentation give this cider a soft yet acidic profile that is everything you enjoy about Virtue Cider. This collaboration with North Carolina’s Wicked Wicked is naturally carbonated in French Oak, giving it wonderful depth that rounds out very nicely.