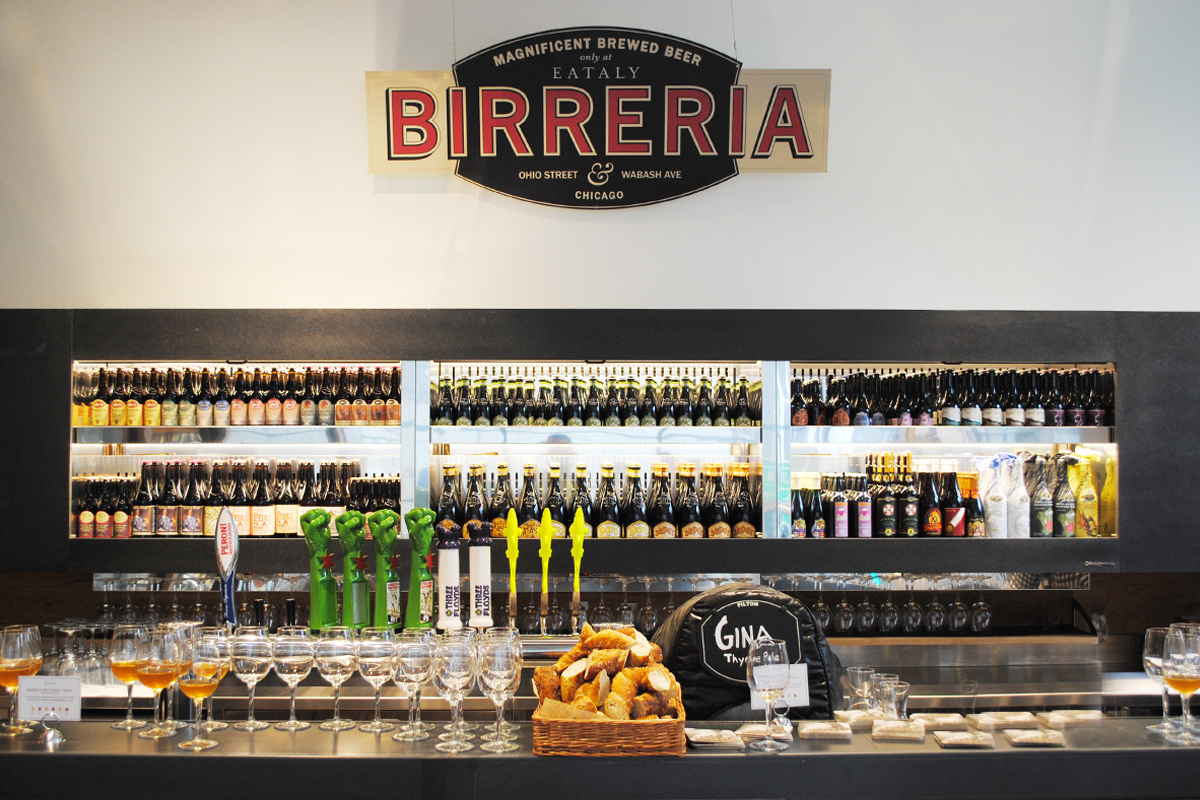 Following the success of their mainstay Torino and New York locations, Mario Batali & team have brought acclaimed market-restaurant-hybrid Eataly to Chicago. And on its December 2nd opening day, it will no doubt open to much fanfare – catering to the palettes of River North’s working professionals and tourists alike. Located in the former ESPN Zone space at Ohio & Wabash, Eataly bills itself as the “largest artisanal Italian food and wine marketplace in the world.” And at 63,000 SF it is significantly larger than its NYC counterpart, boasting 7 boutique eatery stations, a soon-to-be fine dining restaurant and, of course, Birreria; all to keep your appetite at bay while you shop. And trust us when we say, there is no shortage of drinking opportunities as you make your way around the 2-story behemoth of a market. Wine. Beer. Espresso. All the fix’ns. 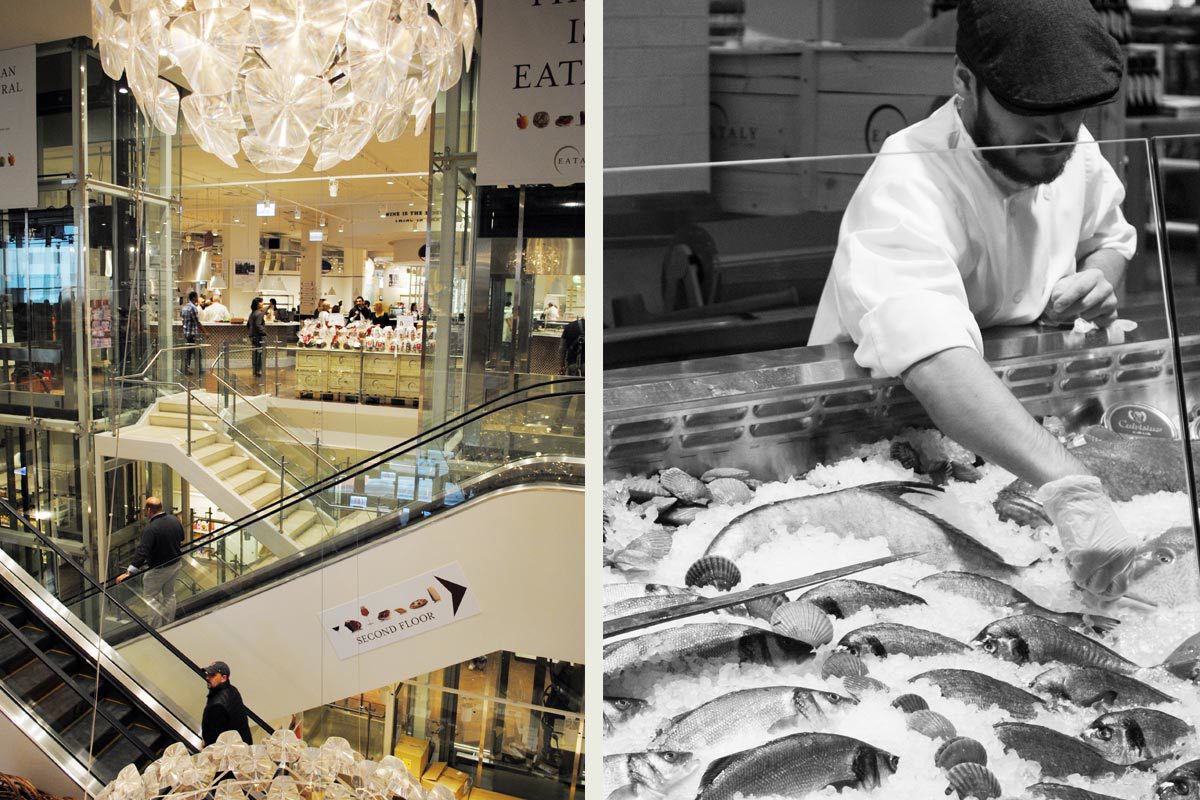 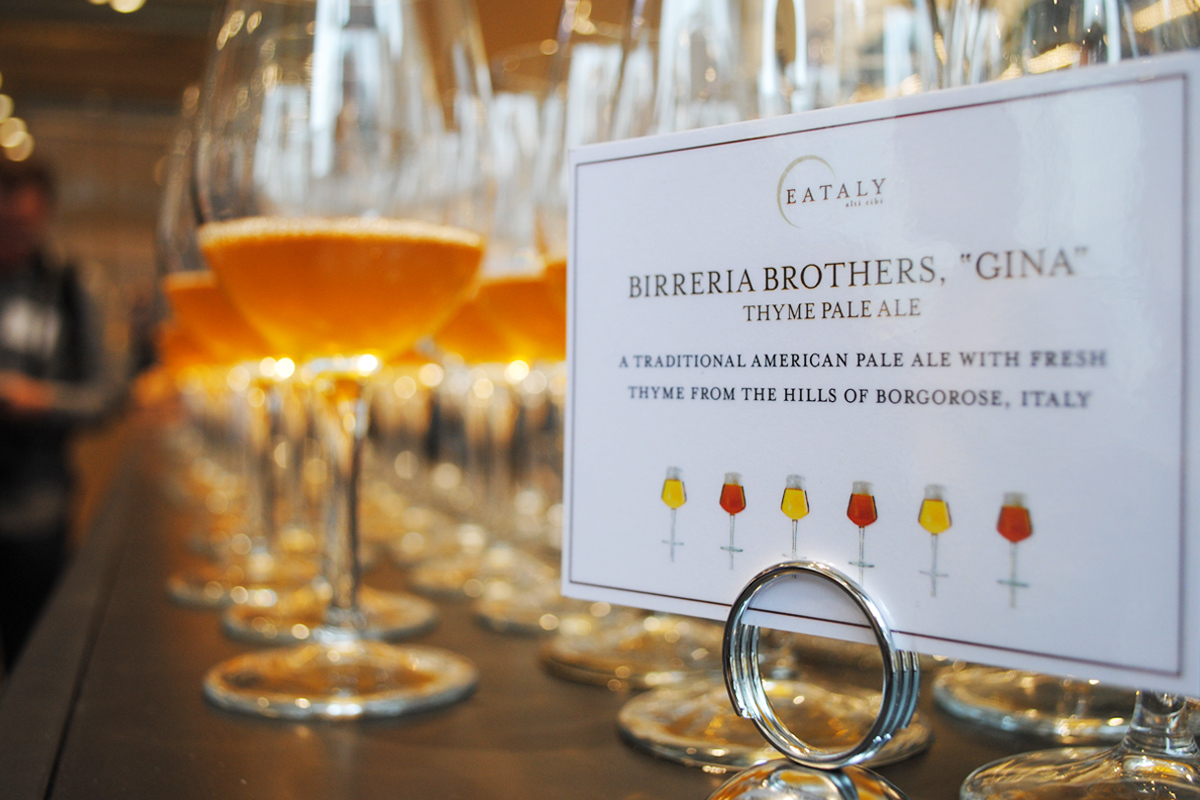 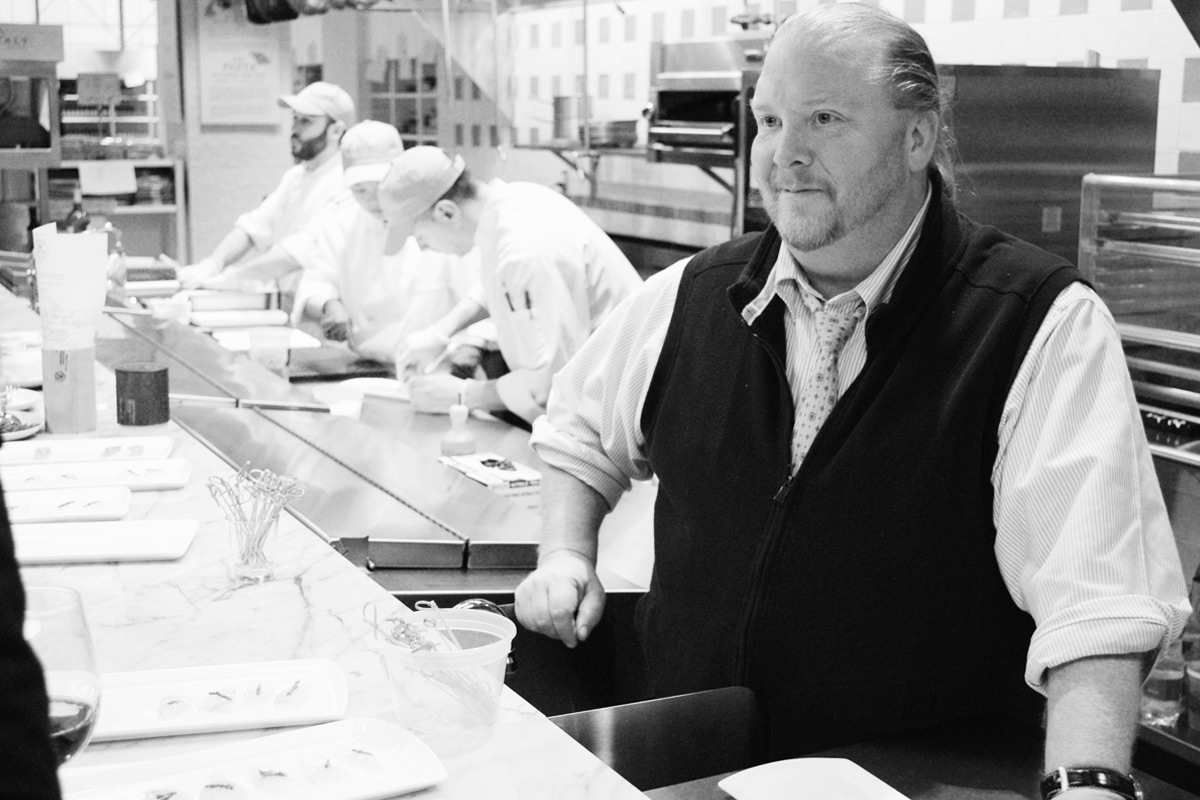 Apart from its 10,000 + products and obvious Italian influence, one of the most impressive aspects of the store is its connection to the Midwest, specifically – and to no surprise – Chicago. Not only are there meats and beverages from the West Loop (Salumi) and other neighborhoods, but the entire store’s theme has been built around a fairly famous Chicagoan with Italian ties: Ernest Hemmingway. Eataly has also put an emphasis on “cooking what it sells and selling what it cooks.” Meaning, nearly every ingredient used in the restaurants will also be available for retail purchase. This mantra doesn’t stop upstairs in their brewpub, Birreria.

And with that, I digress…we were here for the beer after all. 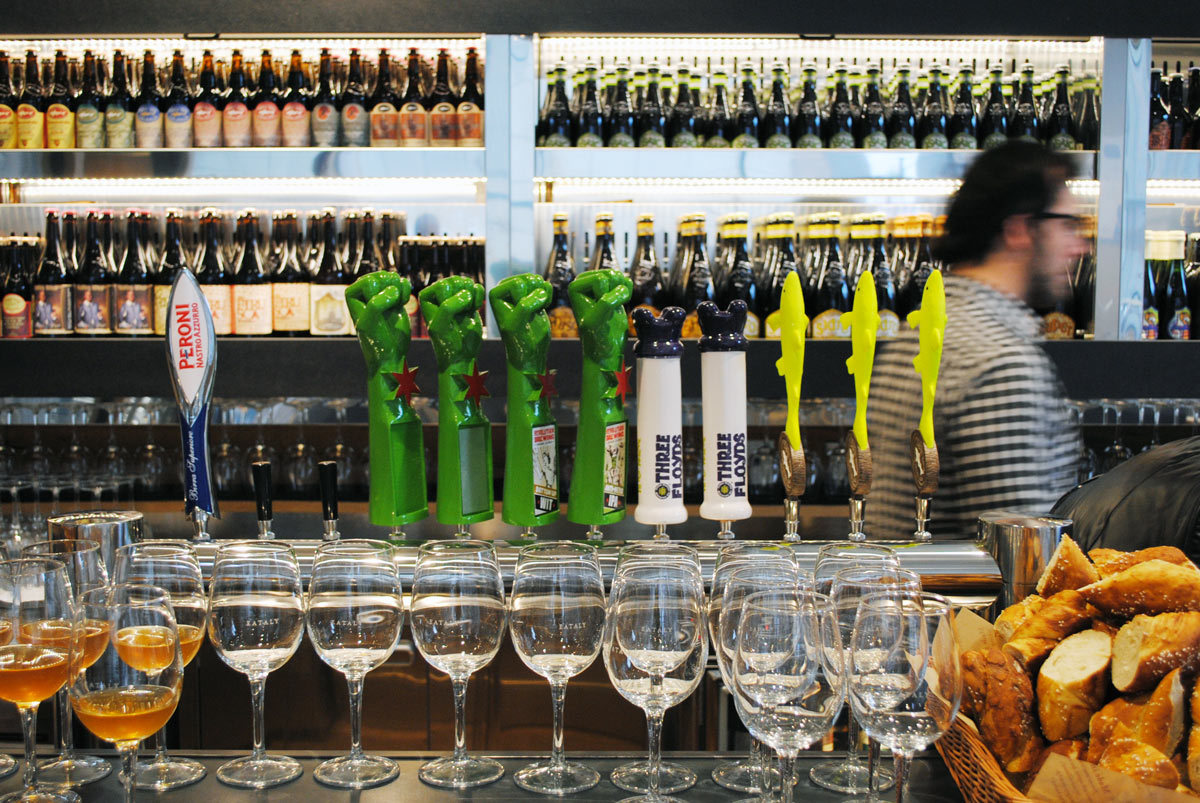 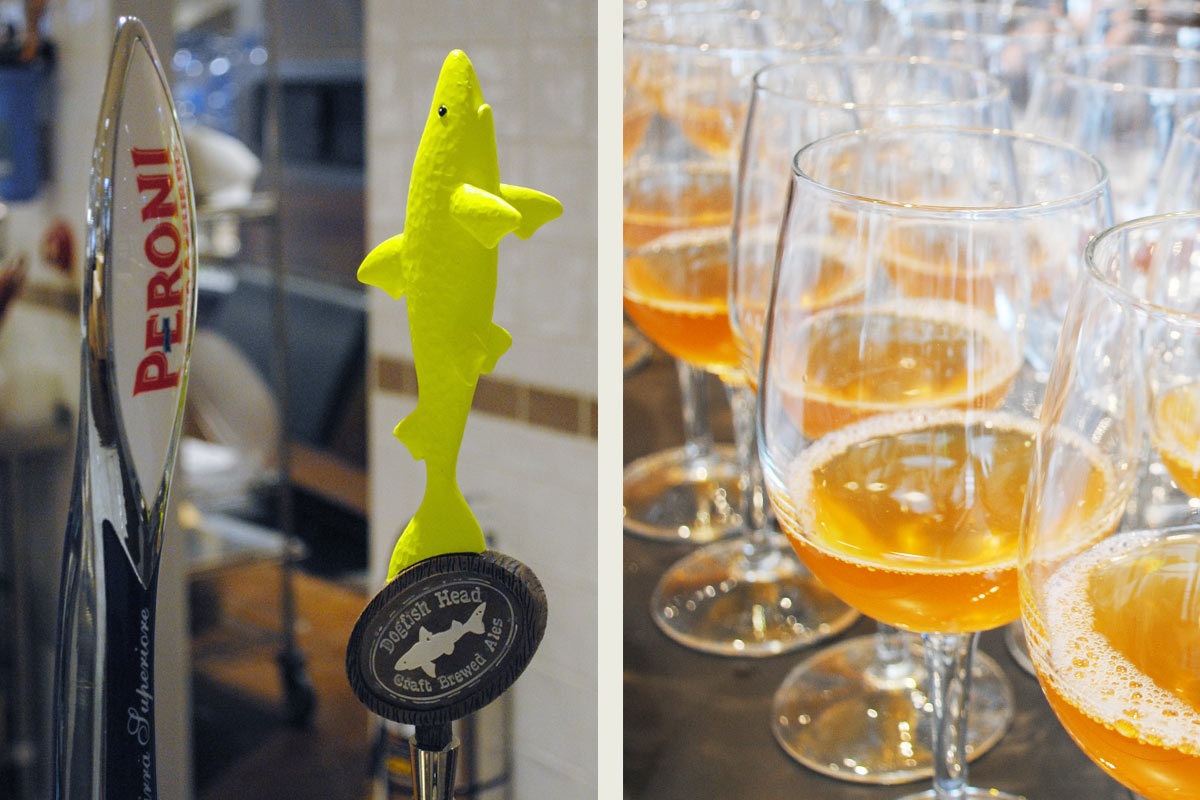 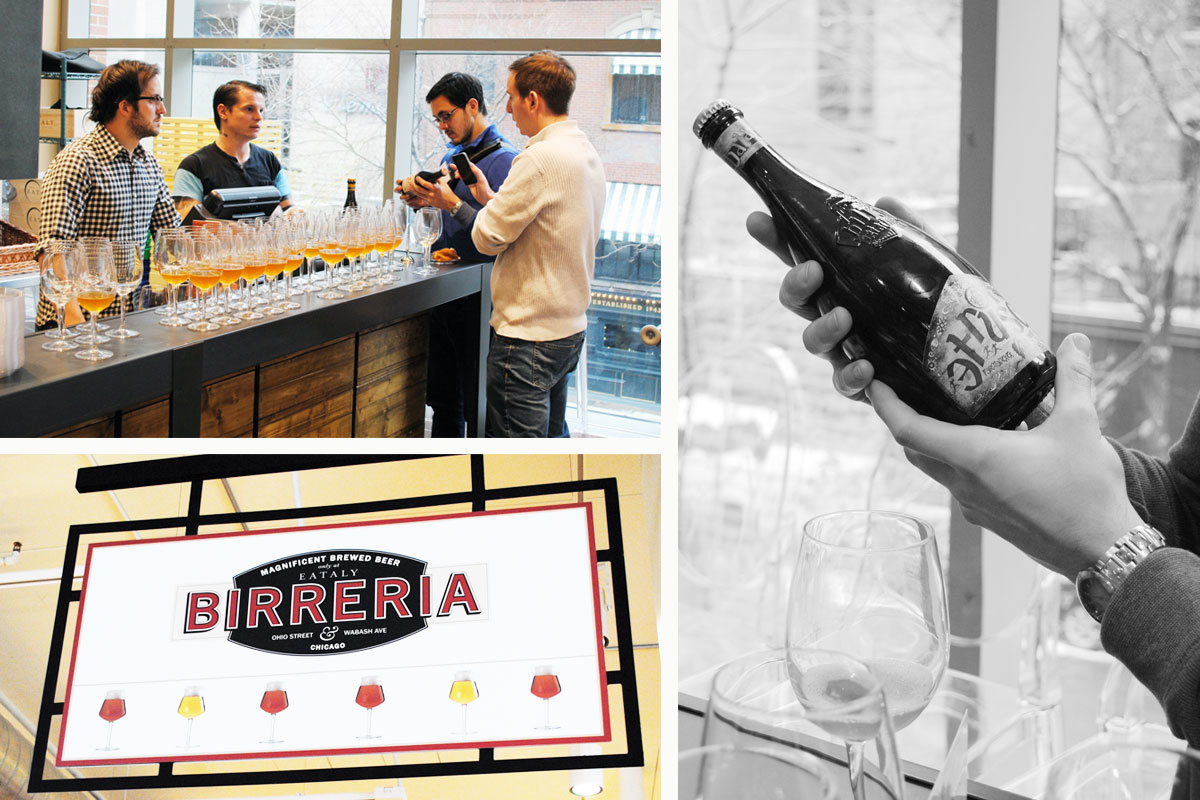 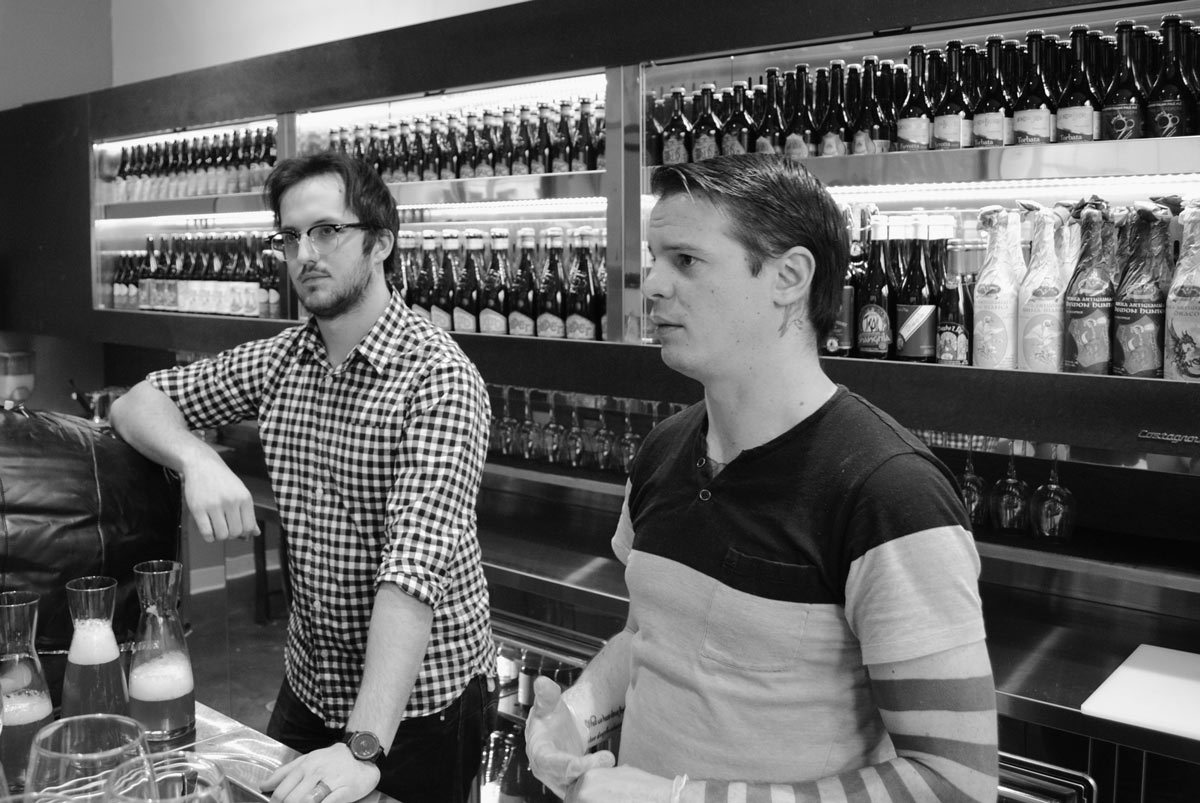 La Birreria is Eataly’s brewpub. It’s the brainchild of the aptly-dubbed ‘Birreria Brothers’ – Dogfish Head’s Sam Calagione, Teo Musso of Birra Baladin and Leonardo Di Vincenzo of Birra del Borgo. All Birreria brews are derived from the aforementioned collaboration and will be brewed on-site, under the supervision and craft of Chicago location’s brewmaster, Tyler Prokop (above left). Situated in the upstairs corner of the grocer, Birreria claims its own space and brewing setup overlooking the bustling Ohio & Wabash intersection. A perfect place to unwind with a pint on your way home from the office, and take in the atmosphere from a truly unique Chicago brewing operation.

The beers themselves will share an obvious influence from “off-centered” Dogfish Head, as well as the collab’s Italian counterparts. You will be able to grab a glass from the tap (which will sit alongside other local favorites Revolution, Half Acre and Three Floyds) or grab a bottle to go. The brewpub’s bottle selection is refreshingly impressive to boot. Dozens of Italian offerings that will surely be ‘new-to-you’ as well as several bottles of those hard-to-finds. And to no surprise, these guys know their stuff. Birreria appears as though it is positioned to be a comforting respite from the buzz of the rest of the market, and the River North streets below.

On this day, we were pleased to sample the Gina, their Thyme Pale Ale – a traditional American Pale Ale with fresh thyme from the hills of Borgorose, Italy. And for anyone who has visited the Eataly NYC location, you will be excited to know that several of their brews will soon make their way to Chicago as well. In fact, we’re sure of it, because Birreria Chicago plucked these couple of brewers from that location. They’ll continue brewing those mainstays, as well as begin some exploration, under the coordination of Sam, Teo & Leonardo.

Aside from being able to pull up to a beer in this bar space, you’ll be able to take brewing and cooking classes centered around using beer in your recipes. Prokop mentioned, “We want to start making people go seek out their beer, and utilize cooking with beer. I’ll be teaching classes where you can learn to make reductions, vinaigrettes, sauces, desserts – all with beer as an ingredient.”

Already on deck are talks of an on-site garden to supply herbs and spices for brewing, as well as a Cask Festival to align with Chicago Craft Beer Week in the spring. And when prompted to supply his thoughts on the Chicago beer scene as a new city transplant, brewer Prokop said “It’s pretty incredible. I’ve already been drinking some really incredible stuff. The guys here just want to make good beer. If we can help with that and be a part of that in any way, that’s great.”

And if things here continue in the same vein as their Gina, Birreria will surely not disappoint. Even if we don’t get that killer rooftop beergarden that the NYC location has. We’re not bitter. Promise. 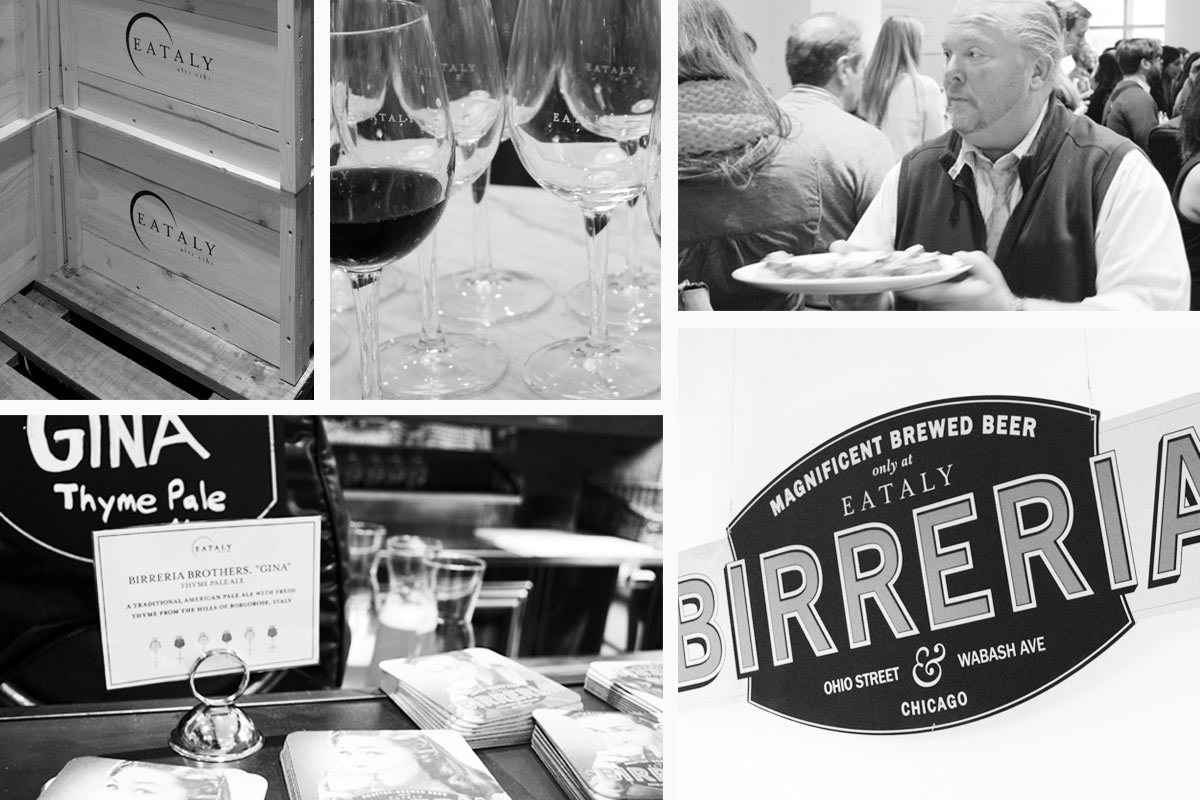 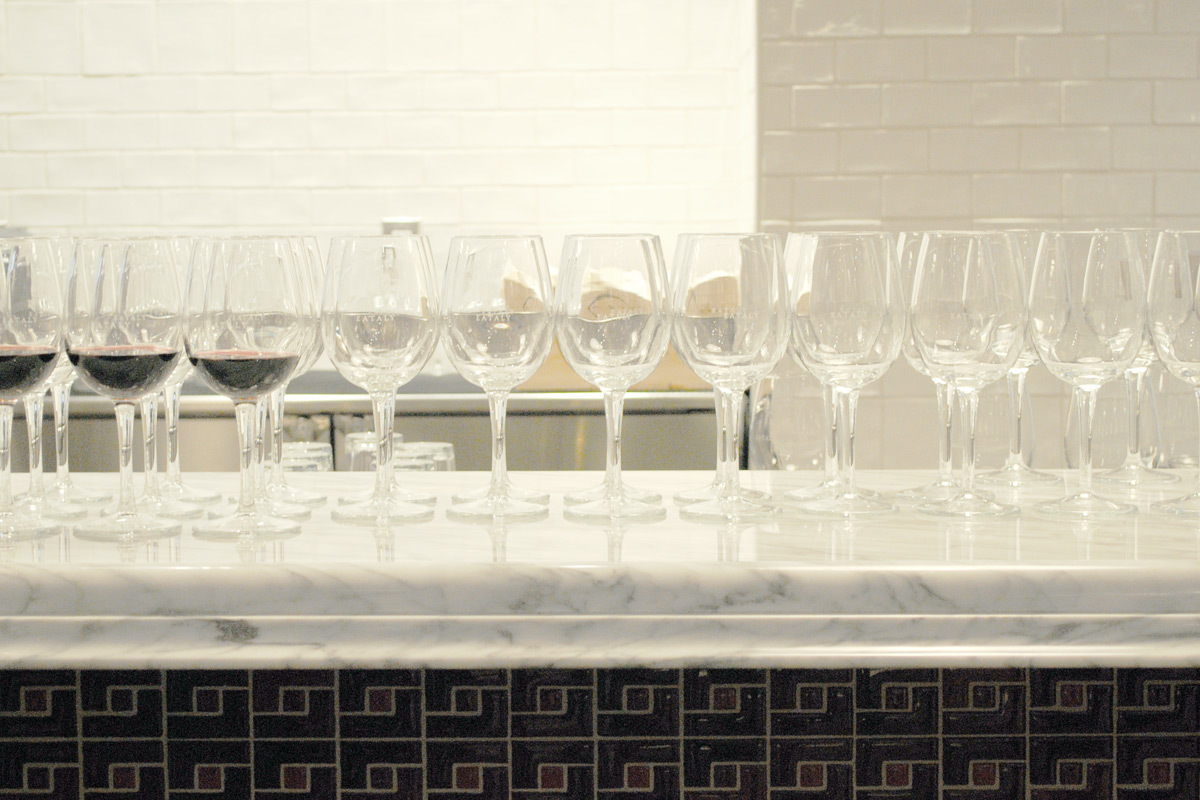 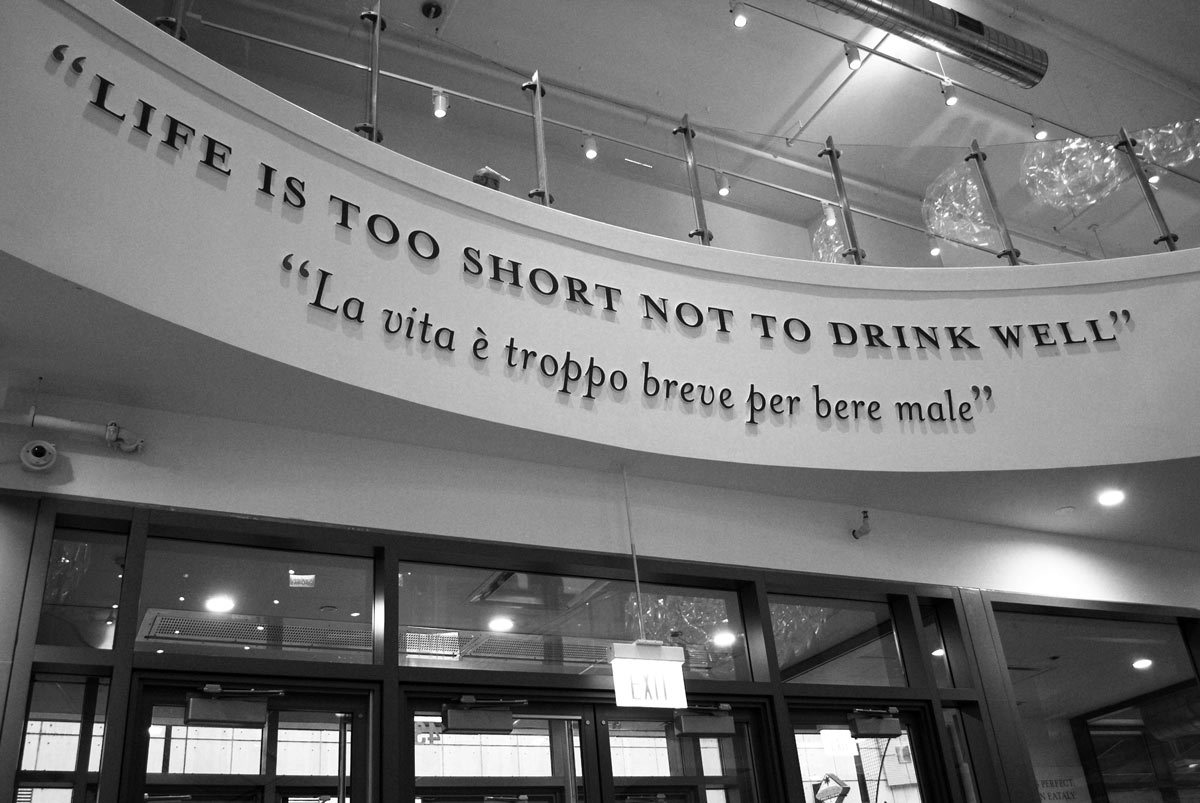 Eataly, and all of it’s 7 eateries – including Birreria – will open Monday, December 2nd. Be sure to set side an hour or so to poke around the space and sample as much as you can. We’re certainly glad to have them join the neighborhood. Cin cin!