Industry Insider: A Chat with Michael Roper of Hopleaf 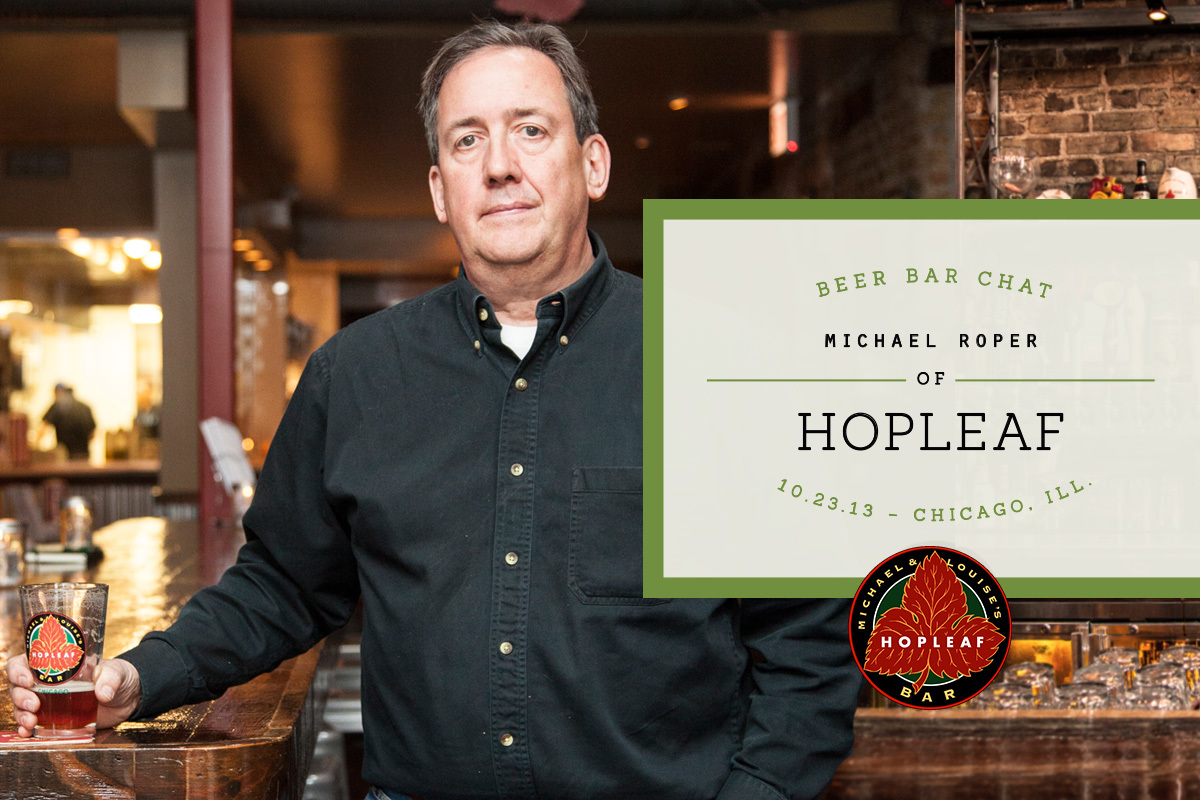 Beer and mussels, mussels and beer. Anyway you put it, it’s one of the most delicious combinations out there. We aren’t sure why it works, we just know we love it. You’ll see this combo popping up at any reputable beer bar across the city, but for anyone who is serious about beer and mussels, they know the go to place is Andersonville’s Hopleaf Bar.

We sat down with Michael Roper, one half of The Hopleaf duo, to talk about the bar’s history, what’s going on in the Chicago beer scene, and most importantly, beer and mussels!

Cheers and thanks for having us! Lets get right into this! Can you give us a little history about yourself?

Originally from Detroit, Michigan, I started working in bars in 1972, first as a waiter, then tending bar. I worked at many bars and most of them were music venues so I had that kind of background. I owned a bar in Detroit from 1976-81 that was a music venue and at that time we had 12 like beers that included, Schlitz, Blatz, Pabst, Miller, Bud, Molson, and all that usual stuff. That’s all there was. The only unusual beer we had was Guinness Export and Heineken. My bar in Detroit was on the Cass corridor and it was a very rough neighborhood. We had some issues with our drug dealing neighbors and they took their frustration out by burning our place down in February, 1981. After that, I got a liquor license for a big downtown landlord and put a license in a building, and we opened up a big punk rock club that I ran for a year, the original Clutch Cargo’s.

You’ve got quite the history in the bar business. How did you go from owning a bar in Detroit to opening up the Hopleaf in Chicago?

After a year at Clutch Cargo’s we decided to go our separate ways and I took a job working for a rock club called Tut’s that was on Belmont. The whole time I worked there I was looking for a bar, but there was definitely some sticker shock. I kept working, and was always shopping around. And then I saw this place.

What was this place like when you bought it?

It was an old man Swedish bar/liquor store called Clark and Foster Liquor. It was really cheap and they were doing zilch business. There were no windows and they had a buzzer on the door. This was in 1991. Throughout 1992, we knocked out walls, put in windows, and added another bar. That year we changed the name to Hopleaf, an homage to my ethnic heritage.

What’s the story behind the name?

Hopleaf is a pale ale brewed by Simonds Brewery in Reading, England. Simonds was the official seller of beer to the British fleet going all the way back to the 1700s. Their fortunes rose with the rise of the British Empire and fell with the demise of the British Empire. This was a brewery that went out of business and was demolished in 1959, but they had facilities wherever British ships went. They had a fairly modern brewery that was built on the the island of Malta in 1932. A local family bought the brewery and they still brew the pale ale. I have family there that I visit frequently and all the pubs have the Hopleaf Pale Ale sign out front.

So back to the bar. How did you go from being, as you put it, an “old man Swedish bar” to one of the best craft beer bars in the country?

We carved out a little niche where we weren’t a sports bar or really anything that existed in the city. There wasn’t a big selection of beers at the time but we offered beers like Baderbräu, Chicago Brewing Company, Golden Prairie, and New Amsterdam out from New York. So we put a New Amsterdam neon in the window and a Bells neon too. At the time, Bells didn’t even have a neon so I called Larry Bell and asked if I could make one with his logo. In many ways, that was the most important thing we did in the early days. Bells was a cult beer that not many people carried. We put that neon in the window and people on the Clark bus would see it and stop. We started out with 35-40 beers total and consistently grew. More tap lines, more bottles. At the same time we phased out Miller, Bud, Coors and Pabst. We decided, lets not carry the other stuff. Lets carry the things we like, the stuff we are proud to serve. It ended up that there was a demand for it. 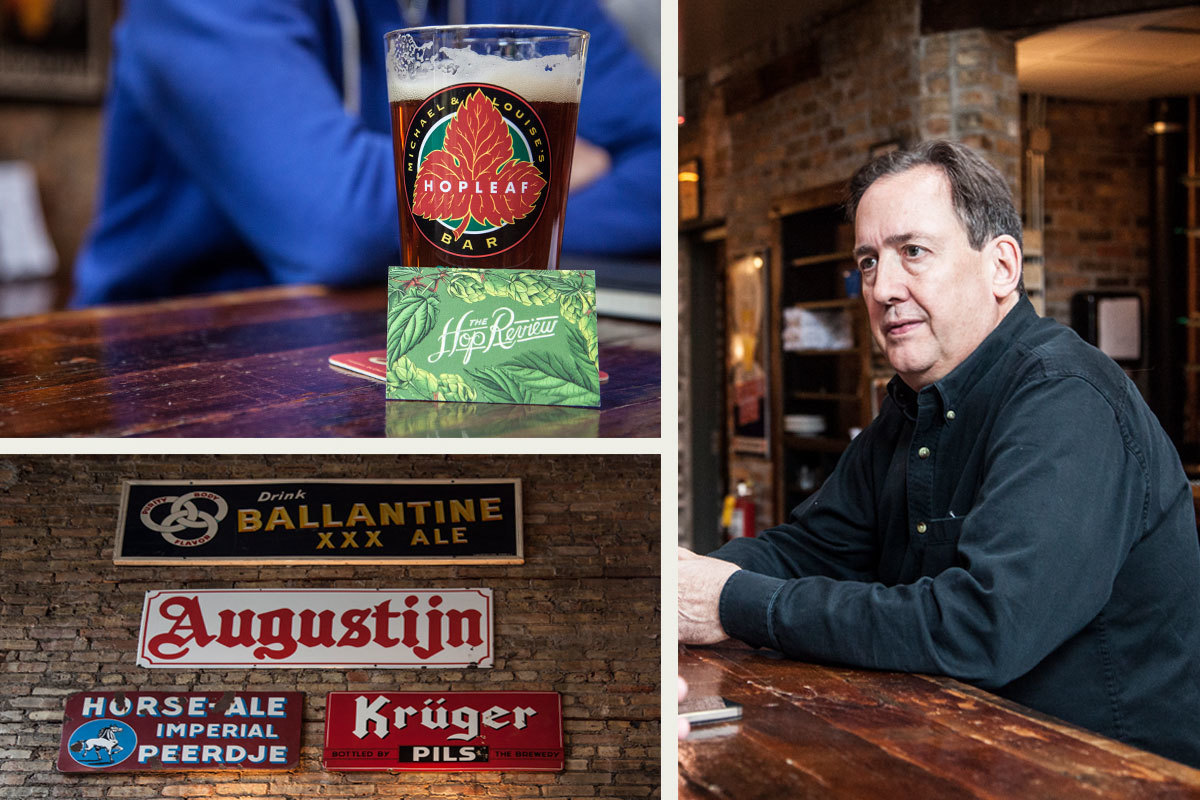 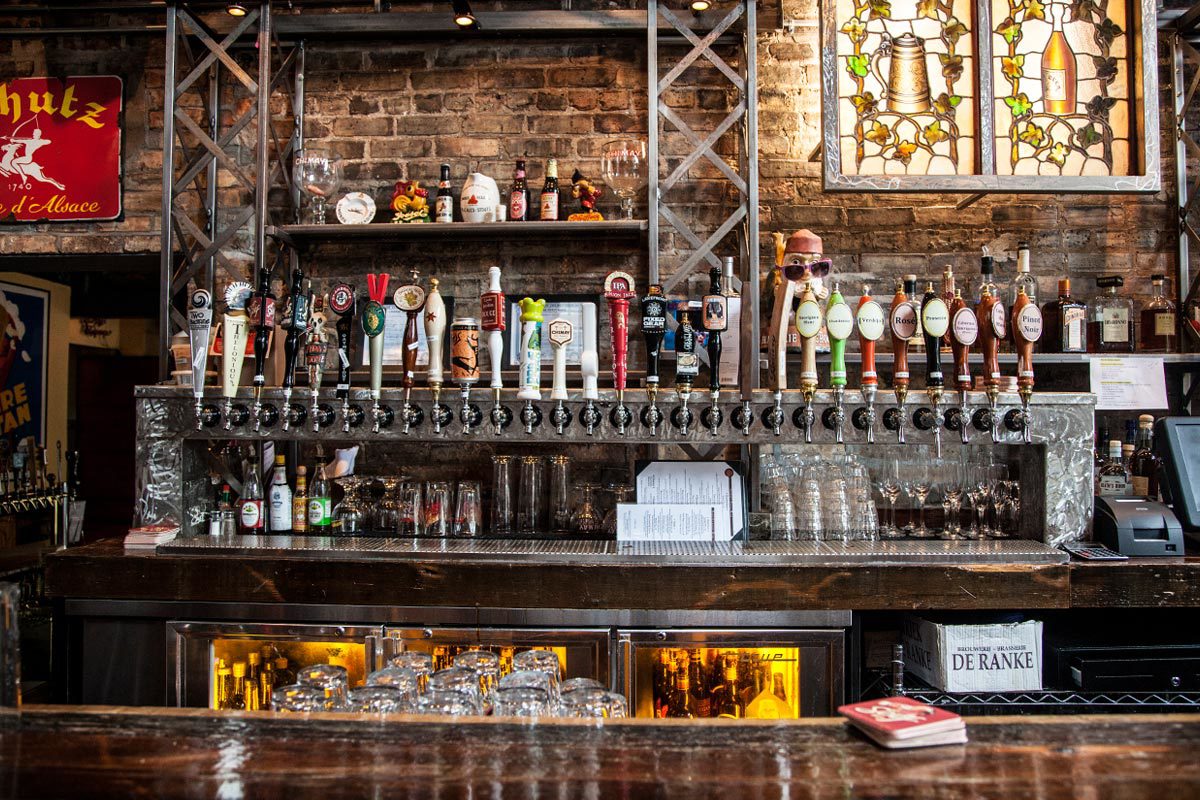 Related Reads
People
Meet Iranian and Female-owned Back Home Beer, Brooklyn’s Latest Craft Brewery
People
In Her Shoes: Brewing to the Beat of Rhythm Brewing Co.
People
Meet Crowns & Hops, Hop Culture's Best New Brewery of 2020
Throughout Chicago you are known for having one of the widest selections of craft beer. How many are you offering today?

With so many options to fill your taps and coolers, how do you decide what you are going to offer?

It’s kind of overwhelming right now! You need to do something that has your own bend to it. If you are going to do an IPA, it better be a world beater or have something unique to it that no one else is doing. That’s why certain breweries that have come along in the past few years have developed good relationships with us, by doing something that distinguishes themselves. I’m thinking of Against the Grain, Perennial, The Bruery. People like that are kind of all over the place and maybe brew styles that are not immediately identified as something that we know. I think that the fact that there are getting close to 3,000 breweries in the US, it means that the all time iron clad handle at a bar is less the norm now. Every brewery wants that, but now it’s hard to expect that since there is so much out there. At the end of the day though, I try everything before we sell it.

Not only are you known for having one of the best beers lists in Chicago, you also are known throughout the city as having some of the best mussels too. Tell us about them!

We sell something between 1 to 2 thousand lbs of mussels a week! We are without a doubt the biggest seller of mussels in Illinois. When we first started making that our feature item there was really no one else doing it. When you think about it, there really isn’t anything better that goes with beer than mussels. The Cadieux Cafe in Detroit had it and that’s where I learned about the combination. They definitely gave me the Belgian thing. They are so fresh!

Lets talk about Chicago beer for a minute. Any favorite local breweries?

These days Half Acre. I really like what they are doing. Sometimes its not PC anymore to say this, but the sour beers from Goose Island are as good as they get. Things like Sofie, Juliet, and Madame Rose are great beers.

If you suddenly say you hate those beers since they are owned by AB InBev, then the beer itself is not what’s important. It would pain me to say this, but if Miller, Bud or Coors were to make a great beer, I would have to say I’ll drink it. It should always be about the beer first. If the big guys start making good beer, then it means that we sort of won. The idea is you win when they cave. It should always be about the beer!

What’s next for you and Hopleaf?

We’re not going anywhere. Sometimes I think, “What is the exit strategy?” I’ll be 60 in January and I’ve been working since I was 16. I don’t know how long I can do this sort of thing, but on the other hand, I’m such a control freak and this is my baby. I don’t foresee retiring and what would happen if I sold it? Someone might put a TV in here! I’d have to move out of Chicago. I’d have to leave the country and never go down Clark Street again.

I appreciate that we have been able to become so popular, internationally well known for doing something I love. I feel lucky everyday. We have been gratified that with every expansion and new thing we have done that it’s all so well received. I’m grateful to have my customers and I’m happy they like what we do. 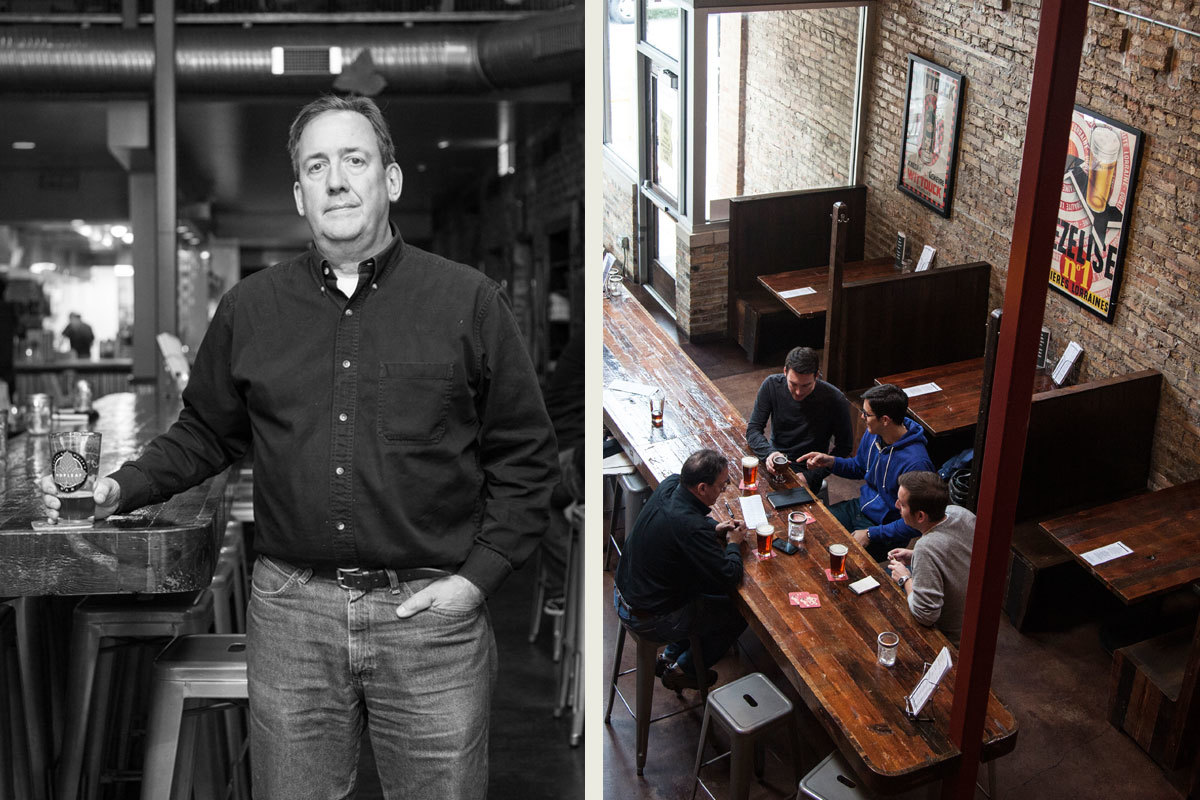 We definitely like what Hopleaf does and it seems like Chicago couldn’t agree more. If you’ve never been or if you’re a regular, stop in, order a beer off the ever changing tap list and get an order of mussels for two. You won’t regret it.

Stop into Hopleaf at 5148 N. Clark Street (Clark and Foster) and stay in touch with Michael and the rest of the Hopleaf gang by following them on Facebook and Twitter.

Photography by the talented and beer loving Melinda Meyers