A Chat with Thomas Jones of Proletariat NYC 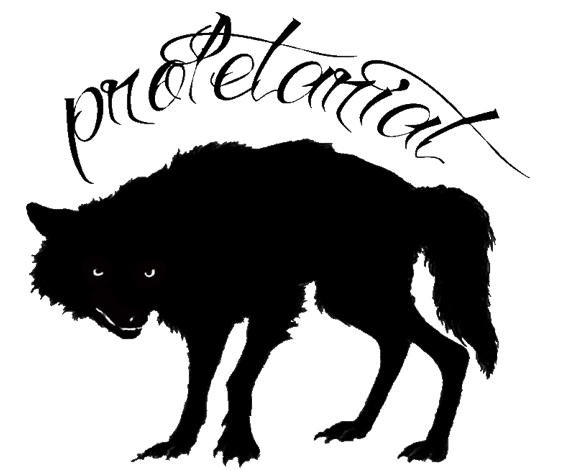 Recent travels have sent me to opposite ends of the country with brief stops in Seattle and Boston and most recently New York City. On my way there, fellow Hop Reviewer Jack sent me a Time Out article featuring NYC’s ten best craft beer spots for 2013. Naturally, I made sure to check out at least one of these and settled on Proletariat in the East Village.

From the street, Proletariat is about as unassuming as they come. In fact, it took a friend and I a minute to figure out where it was despite standing directly out front. Venture down the steps to the front door, however, and there’ll be no doubt Proletariat is deserving of the praise it’s been getting. With no more than 20 seats or so, the bar can get packed (and usually is) every day of the week. Those lucky enough to squeeze onto a bar stool are offered up a variety of “rare, new, and unusual beers” from across the globe. Walls plastered with flash (tattoo) art, music that’s just the right volume and a friendly vibe make this a must visit for any craft beer fan in Manhattan.

Between samples of spectacular regional beers I’d never heard of, I had the opportunity to chat with Thomas Jones; Proletariat’s resident barkeep/CFO/marketing guru. Despite being charged with holding down a packed bar by himself, Thomas somehow managed to keep it all together and even had time to answer a few of my questions. Having only scratched the surface, he offered to follow up with a few more answers to my prying queries.

Tell me a little about yourself. Are you originally from NYC or, if you’re a transplant, what drew you there?

I’m originally from Baltimore, but I grew up in Spartanburg, SC, which is just about an hour south of Charlotte. I moved to NYC a little over 10 years ago. My family’s company relocated to New York, and at the time I was bouncing around a bit, having recently lived in Miami and a short stint in Los Angeles. Between that and wanting to live near a good music scene, it seemed like a good reason to give New York a go; 10 Years later I can’t say that I foresee myself leaving anytime soon.

So what about Proletariat? You guys have only been around for a short time but you’re clearly already going strong. How did things get started and have you been involved since the beginning?

The bar opened in early May of last year (2012). Originally it was only 10 seats and the whole thing was tucked, speakeasy style, behind a sticky bun shop. You had to walk through a bright pink door to get into Proletariat. New York has been big into the speakeasy thing for a while, and that element helped to give the bar a mystique that kept it pretty popular early on. The sticky bun shop closed its doors last summer and the space was built out to its current layout. The original bar manager/beverage director was a good friend of mine named Chris Elford. Much of the aesthetic and the concept can be attributed to him. He brought me on in September as an occasional fill-in bartender. I loved the place immediately. I’d spent years in high volume dive bars, hotel bars and the occasional cocktail spot, so the simplicity was refreshing. He left us in October to run the beverage program at Saison in Richmond, VA, and I was tasked with running the bar afterward.

I handed the curation aspect over to Cory Bonfiglio so I could focus on growing the bar, implementing the kitchen program and managing our costs. You know the saying “If you’re the smartest person in the room, you’re in the wrong room”? That’s Proletariat. Every barman here has a better knowledge of beer than I do, so Cory was a no-brainer to take over the reigns on beverage direction. That separation has allowed us both to focus on doing our part in getting the bar to where we’d like it to be. A great deal can be attributed to Anthony and Greg, our other two bartenders, as well. We all have fun doing what we’re doing and doing it with each other. It’s a great family. We’re building it and they’re coming and that’s been incredibly gratifying.

What’s the story behind all the tattoo art on the wall? Definitely a unique design for a beer bar in Manhattan.

The flash art is another brainchild of Elford. I’ve actually never gotten the full story, but I do know that the majority of the pictures come from a book on the history of flash art. Tattoo culture and drinking culture go hand in hand, and though it’s not something you traditionally see in beer bars, it goes really well with our vibe. Despite the cerebral nature of many craft beers these days we’re still in the business facilitating a good time at the end of the day (or night). So, the environment is laid back, the music may be loud or it may be sexy and the bartenders treat you like friends at a party. A well thought out, meticulously planned party that never runs out of beer.

Be honest, when you’re not sampling the awesome selection at work, what are you drinking at home?

I do the vast majority of my drinking at other bars, but when I do have a drink at home it’s usually old Bourbon or Scotch and a Coors Light or Banquet. Though I am able to buy great beer at a significant discount, so there’re always a few in the fridge.

Related Reads
People
Meet Iranian and Female-owned Back Home Beer, Brooklyn’s Latest Craft Brewery
People
In Her Shoes: Brewing to the Beat of Rhythm Brewing Co.
People
Meet Crowns & Hops, Hop Culture's Best New Brewery of 2020
I’ve heard mention of a couple brewer’s nights you’ve held over the last year. How’s the turnout for those events and are there any in particular that have been especially fun or successful?

We have had quite a few events of late, and that’s something we’d like to expand on in the coming months. Our most recent series happened during NYC Craft Beer Week. We had a great time planning and throwing the events. We had Ben Neidhart host a lecture and tasting on barrel aging, focusing particularly the Zymatore Project that he heads up. That event kicked off the evening for our best night to date, sales-wise. We also hosted a great event with Shelton Brothers as well as an awesome Stillwater tasting and lecture with Brian Strumke who’s a great friend of the bar and the bartenders. All of those events had great crowds and it was awesome to see the masses come out to gain a deeper knowledge of the things we all enjoy drinking. We’re definitely looking forward to more of those types fun and informational drinking sessions!

I like to think I’m fairly in the know about the craft beer scene but your beer selection really showed me up. With such a diverse collection of brews on tap at Proletariat, is there a method to your selection or is it more luck of the draw?

While there’s a lot of tasting that goes on, there are also a lot of emails with lists of what’s currently available. Our name is usually attached to the words “rare, new and unusual”, so that’s pretty much where it starts. There are a lot of breweries that we’ve had several great beers from so we’ll often trust that rapport when they release something that we haven’t had a chance to taste. With Proletariat being so small there’s a limited amount of storage space, so it becomes a bit of a balancing act to make sure we always have a wide variety of styles, a solid selection of hard-to-find releases as well as some great local offerings. The last few months there’s been some great stuff available, so I’m certainly looking forward to what’s brewing for the warmer seasons!

I’m a big fan of supporting your local beer scene and I noticed a number of local beers on tap at Proletariat. Do you or your regulars have a local favorite that I might not have heard about?

Carton in New Jersey and Barrier from Long Island, NY are two of our favorite locals. They consistently put out great stuff and offer a good range of well-executed styles. Plus, Carton has really sweet kegs! There are also more and more breweries operating within the five boroughs. Bronx Brewery, Radiant Pig, Rockaway Brewing and Single Cut are a few, and all deserve a look when you can get some. 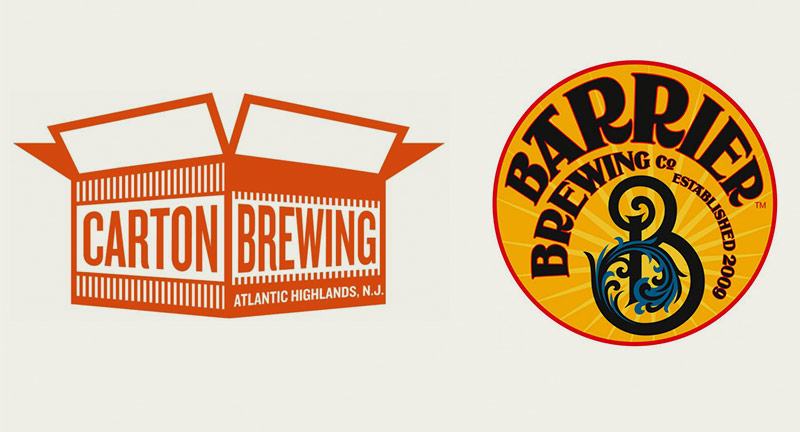 Being from the Midwest, we definitely have some local favorites that might not be as common on the East Coast. Are there any Midwestern brews which are big hits at Proletariat?

The Midwest always puts out stellar brews, and we offer quite a few of them at any given time. We’re always stoked to have anything from Dark Horse in Michigan. When you were at the bar I believe we were running two drafts and one bottle from them. They make a great beer and the price point is solid, so they always move well. Against The Grain in Kentucky is another brewery we have good success with. Their Gnag Reflex is one I’d definitely welcome back to Proletariat!

A big thanks to Thomas for taking the time to answer my questions! Next time you’re in New York City, be sure to check out Proletariat and their sensational beer selection, friendly staff, and relaxed vibe. You won’t be disappointed.