The Chicago craft beer scene is growing. But you already know this. You can walk into any good craft beer store and you’ll be met with more choices than any one person could hope to try (and remember). Among that crowded scene however, there’s something that’s more difficult to find. A brewery that truly knows its identity and what they want to focus on. Une Année, the product of Jerry Nelson, is one of those breweries. With a determination to “make a few beers, very well”, Jerry, along with head brewmaster Dustin Zimmerman, have brought a taste of Belgium to Chicago.

We headed west to the Kinzie Industrial Corridor to check out what’s brewing at Une Année. What we found is a small shop operation cranking out some of the finest and most unique Belgian themed brews this city has to offer.

With an ever changing craft beer market, it seems that having an identity as a brewery is a must. Can you talk about Une Année and its identity in the craft beer scene?

Dustin:  It goes on to the whole mentality of what Belgian beer is now. It’s beer that originated in Belgium but it can literally be anything. It tends to have some funky character to it but you compare a Flanders Red to a Duvel to some Trappist beer and they are all completely different. It gives you a ton of range. We are picking an identity by being Belgian, but it still gives us a ton of room to play around with. 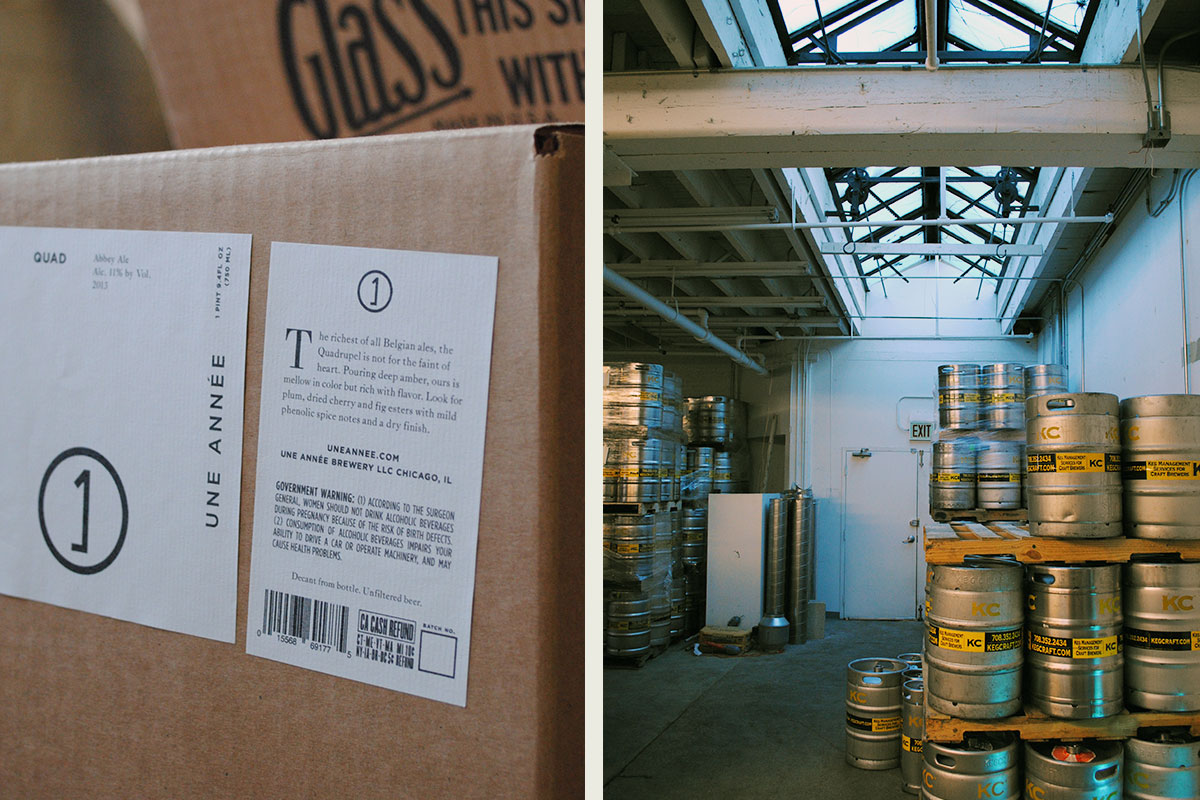 How did you guys get into brewing?

Jerry: I started homebrewing back in 1995 when I was in the Marines in California. I brewed in my barracks. I had a hot plate and a pot and I was doing extract batches and even with a hot plate I don’t think I ever got to a boil.  It tasted OK, we had some fun.

Dustin: I moved to Chicago two years ago to go to Siebel. I was working at a bar and then on Monday and Tuesday I was working up at Hamburger Mary’s in Andersonville,  I was never a home brewer but in May of 2013, I went to Norway to go work at Nøgne Ø for three months. I was working there doing everything in the brewery.

Let’s talk beer. What kind of beer can we expect to see coming out of Une Année?

Dustin: So far, in the first four months, we did six Belgian inspired beers.  In those batches I think we have used 5 different yeasts and each of those yeasts has completely different flavors. We’re not just sticking with one yeast. We like to think that each of our beers are quite unique. 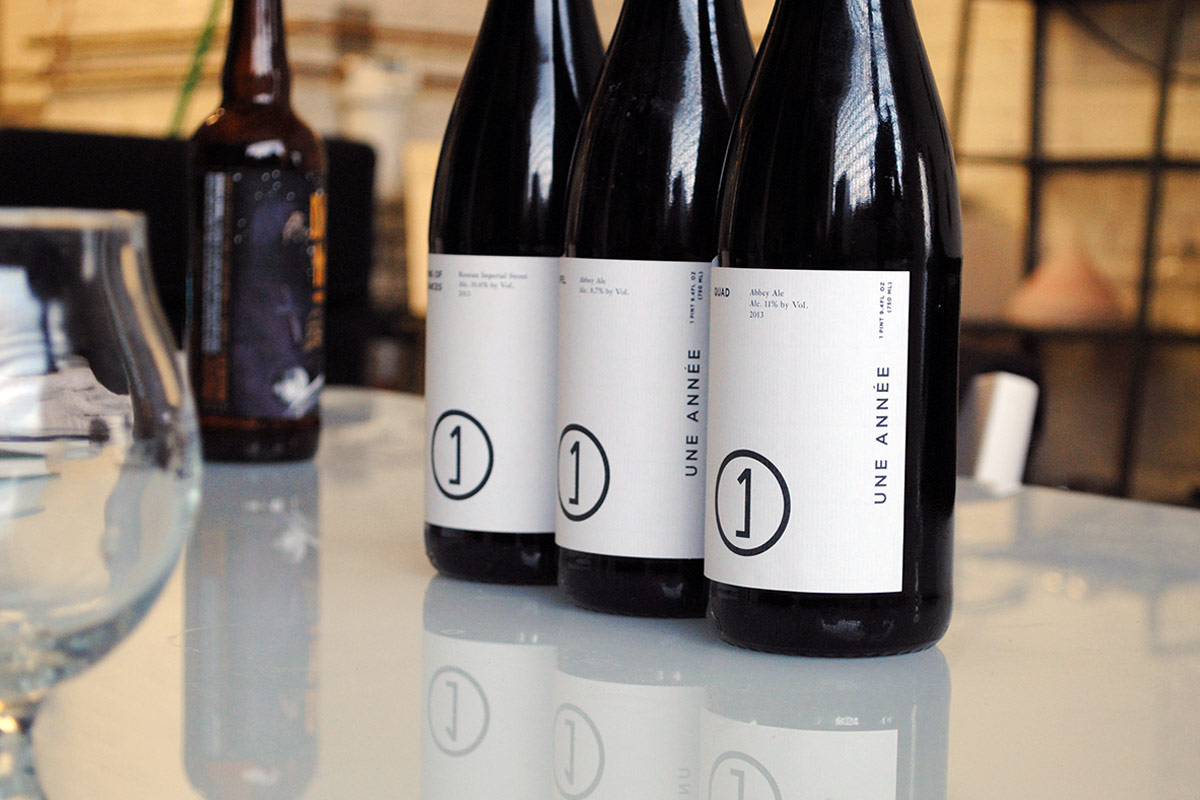 What beer of yours can we find around the city now?

Dustin: Maya, our Belgian IPA. It’s not an American IPA with Belgian yeast. It’s a very balanced beer with a malty back bone with spiciness and a fruity note too.  It reminds us of fresh fruit, almost like papaya in the nose. We used grains of paradise so it has a little spice to it like ginger flavor and we used a little coriander as well. Right now this is our only year round beer.

Dustin: Life Beyond Death, a black saison. Its got a little black currant and black pepper corn. It’s our winter beer. Its roasty, has a little tartness from the currants, a little bit of spice from the peppercorns but both of those are supposed to be background notes.  It’s not supposed to be a pepper bomb.

Jerry: The yeast really dries it out. We use a saison yeast that makes a really nice dry beer. It pairs with food really well. 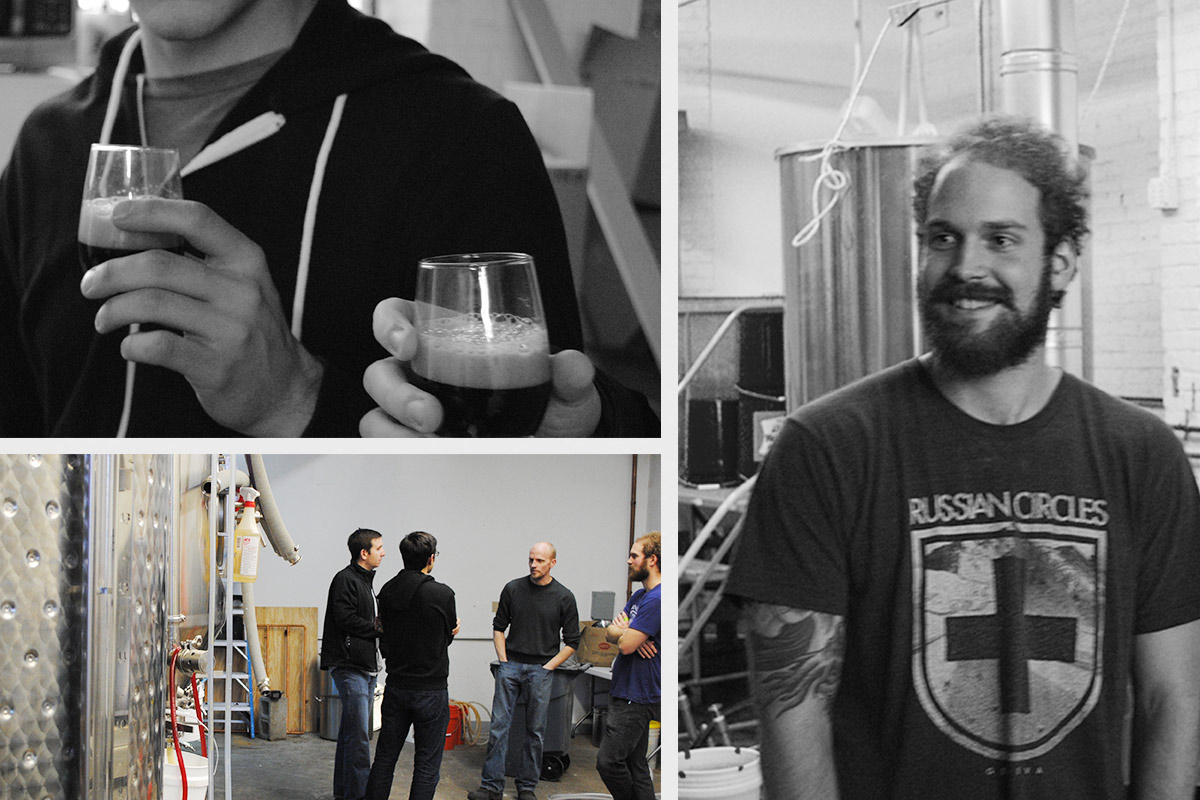 Do you pitch these with food pairings?

Jerry: Yeah I think they lend themselves really well to that.  I think that’s something we’ll focus more on down the road.

Dustin: So far everything has been packaged in 750ml bottles. With the label stock we are using it’s very simple, very classic. It looks like a wine label. It’s not something you would feel weird serving at a table.

Are all of your beers bottle conditioned?

Jerry: The benefit of bottle conditioning is that we are refermenting it in the bottle so that any oxygen that is present will be taken out by the yeast and utilized. Anytime you bottle you will be introducing oxygen to the bottle and the refermentation will help scavenge all the oxygen. 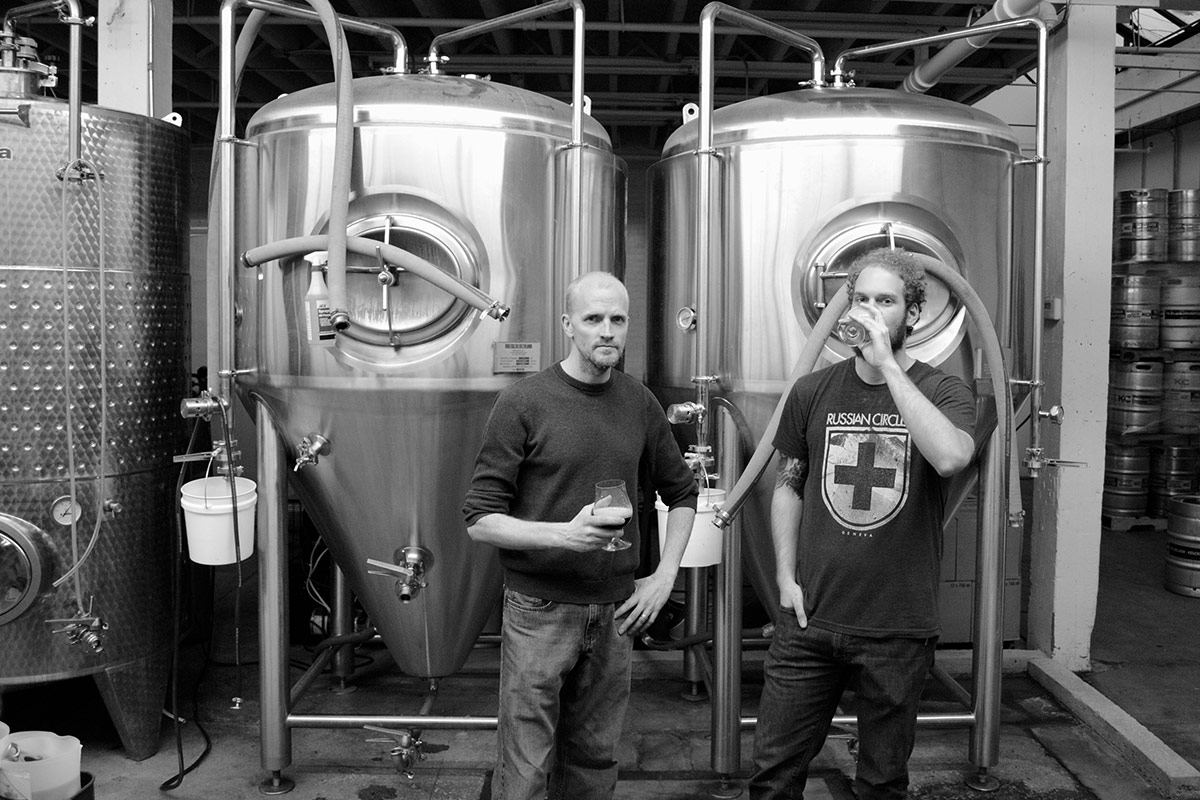 What do you have planned for the brewery as far as beer releases go?

Jerry: We are getting ready to brew our last beer of the year and we are going to let it age for about a year. It’s going to be a Flanders Red. We’ll transfer it in a month and then let it sit for the rest of the year.

Dustin: We are talking about possible seeing if we can get our hands on some red wine barrels. We’ll be inoculating that with a combo of yeast. They are all very slow moving creatures so we’ll let it age for a while

Jerry: I think we’ll split some of it up and put some in barrels and then maybe blend it at the end. So you’ll most likely see that beer in 2015. The name Une Année is French for “One Year” so we are going to do a lot of things that have a 1 year aging time and play on the name a bit.

Dustin: Seasonality of beer is really fun. In theory, if people follow that, they’ll know that when falls coming our fall beers will be available. 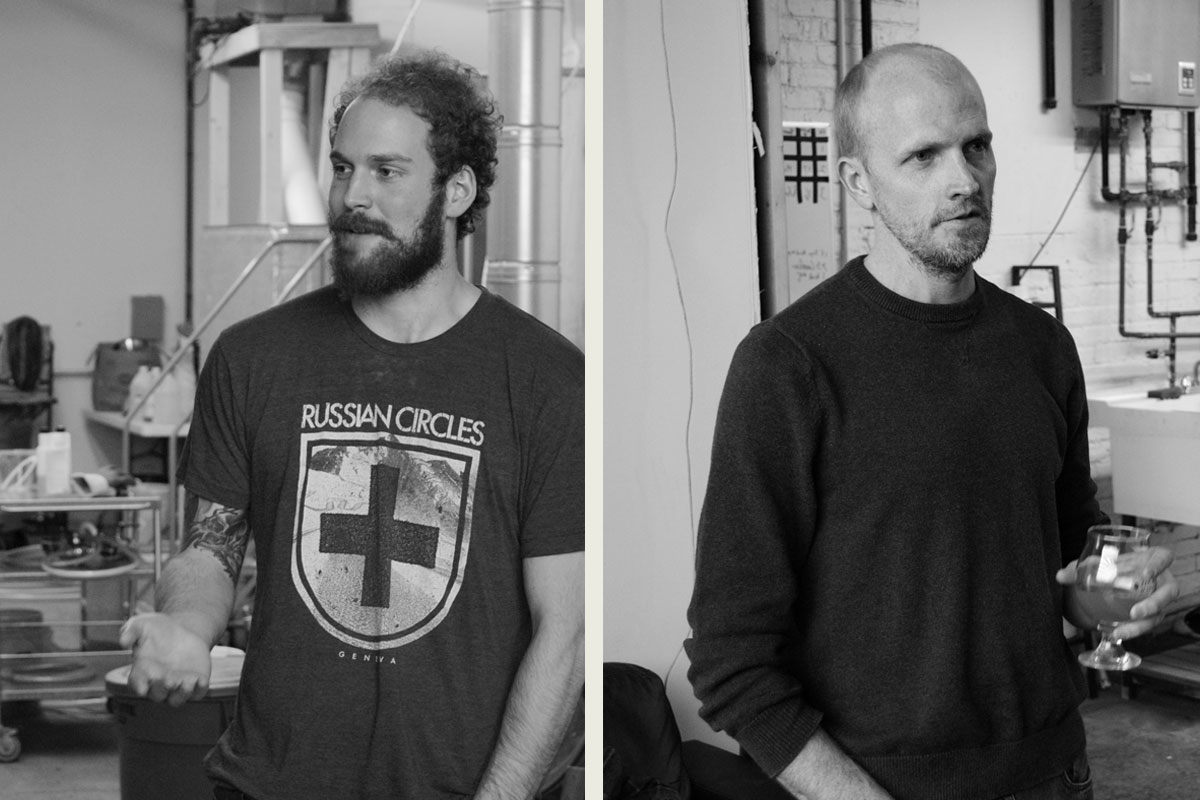 It’s time for our last question and as always, if you aren’t drinking Une Année, what’s in your glass?

Dustin: Whiskey, a lot of single malts recently. Its a good palate refresher.

Jerry: A lot of times in my fridge you’ll find Moon Man, I usually try to keep a six pack in the fridge.

Thank you to Jerry and Dustin for allowing us to stop in and check out their space. Une Année is truly brewing something unique and is well worth a try should you see them in your favorite bottle shop or on tap across the city.