So you think you know beer? Could you blind taste one and put it in its correct style category? Would you be able to diagnose and fix a problematic draft system in order to pour a perfect pint. Do you know what a beer clean glass is and how you go about creating one? In order to complete any of the three levels of the Cicerone Certification Program you better be able to do all that, plus much more.

Founded in Chicago by the legendary Ray Daniels, the Cicerone program aims to educate its students on all things beer. We sat down with Virginia Thomas, long time Business Manager for Cicerone, and she explained what it takes to become a Master Cicerone. With only seven Master Cicerones in the world, if you can pass the final exam, you’ll be joining an elite club. 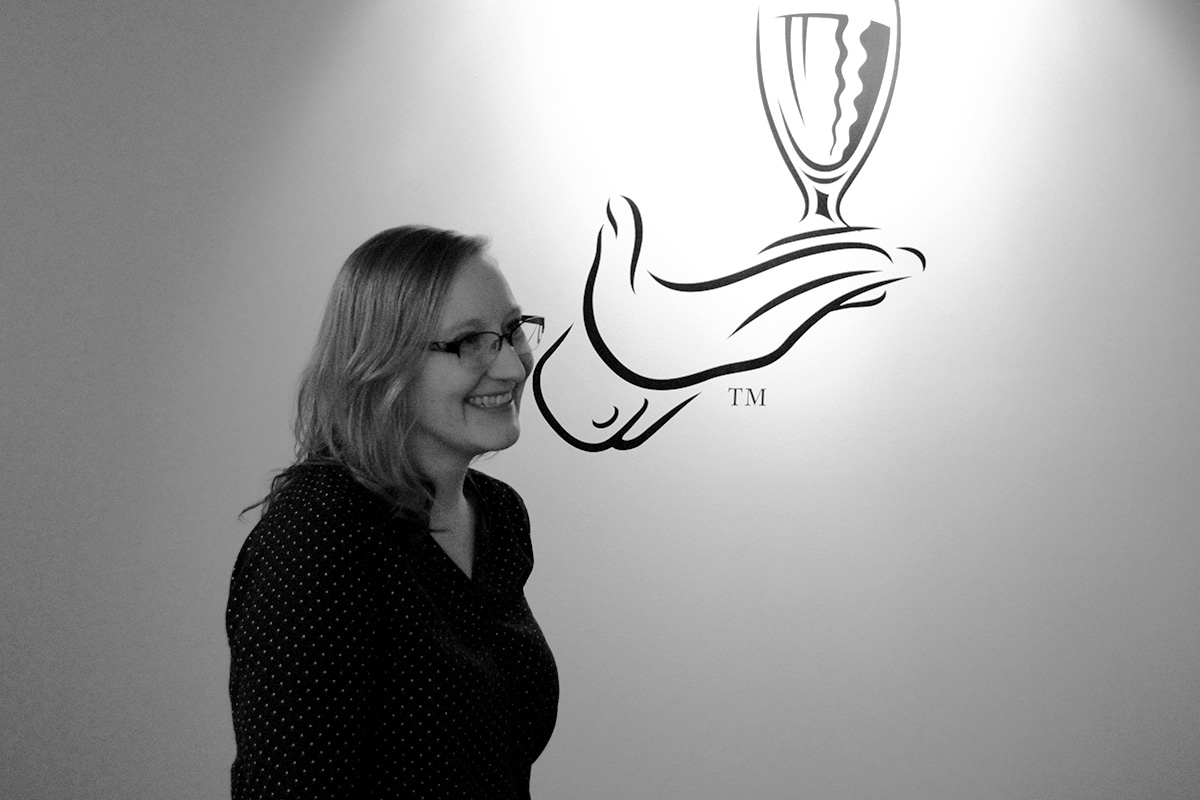 Thanks for having us! Can you give us a little background on the Cicerone program?

The program was founded by Ray Daniels. Ray was a beer writer, worked for the Brewers Association, and was a prolific homebrewer who wrote a bunch of books. So he had the experience. The 90’s had a big craft beer boom and bust after that. He was sick of people not being educated on beer because he was. He’d go into a supposedly good beer bar and get served a beer in a dirty glass from dirty draft lines. He was like “What is going on here, this is not ok.” It was more being frustrated with the level of  beer service and beer culture in the US. So he decided to do something about it and started the certification program. He talked to other industry experts about what should be on the syllabus and what a beer expert should know. First exams were in January 2008.

What’s the background on the name Cicerone?

It’s an English word that means Guide. We say “Guides not Gods” is our tagline. We don’t certify beer snobs, we certify that you know your stuff about beer. It was our objective to be someone who would guide you through your beer experience. There is a beer out there for everyone and Cicerones are there to guide you.

We are liking your new digs here. What exams are administered here? Do you have to come to Chicago to take the exam?

We administer the Certified Cicerone exam, that’s level two. We also do that around the country as well. Typically we do about 10-12 every month and hit most major markets 1-2 times a year. Our exam managers will travel to do those exams but we also have a network of proctors; previously Certified Cicerones who are authorized to give the exams.

As someone who wants to take the second level test can you give us a summary of what we can expect and what to do to be successful at the test?

The first thing is that it is primarily designed to be an industry certification. It’s not limited by that, but you are going to be able to get the experience a little easier if you are in the industry. One of the things you have to know is how to make a beer clean glass. We test on that in the Beer Server level, but at the second level it’s how you actually do it with a three compartment sink. If you’ve never used a three compartment sink, it’s going to be a bit more difficult.

Or I always say you have to brew beer. It could be homebrew, but if you’ve never brewed beer you need to understand the process, the vessels, the order they go in, and basics about the ingredients. Enthusiasts have a longer way to go though it doesn’t mean its out of reach. Off-flavor and taste training in general is a big one. If you work in the industry, you’re more likely to have a taste panel at work and that gives you more opportunity. We do blind styles tastings, say a Belgian Dubbel or a German Doppelbock. You need to do that stuff on your own. Same with the off-flavor tasting. Repetition on that is key. We hold off-flavor classes on site and around the country regularly.

People usually tell me the two hardest parts of the test are the tasting component or the styles testing. There are so many styles. We pick one and you have to write an essay on it. You have to tell us the history, the SRM, the ABV, the original and final gravity. How many people do you know that if I said Weizenbock, could give me the stats? With over 100 styles it can be hard to remember all that information. 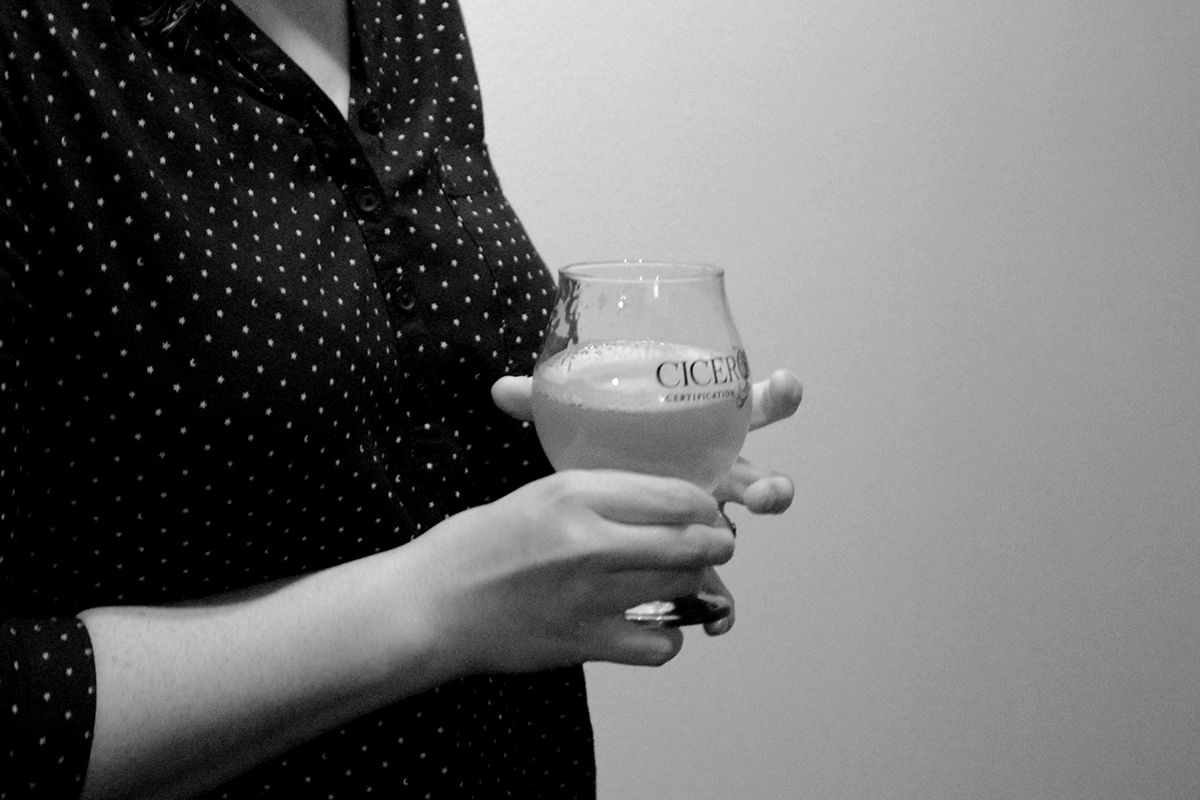 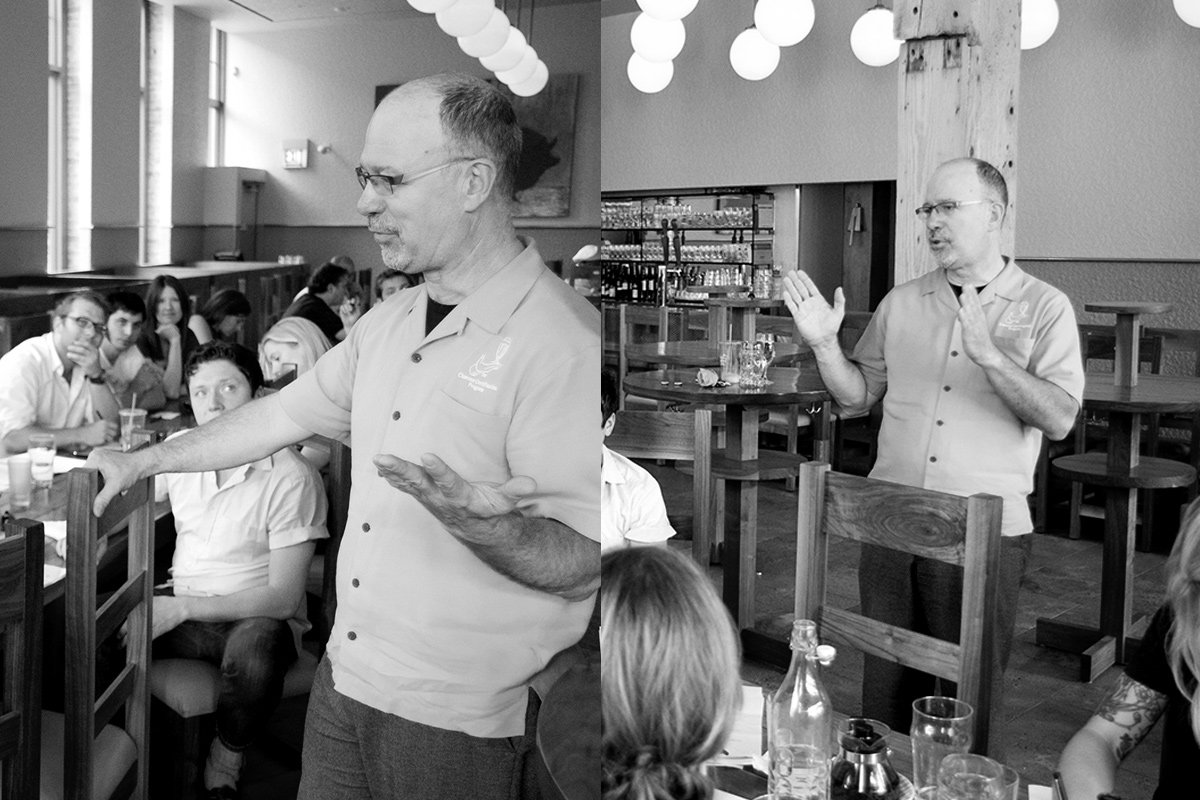 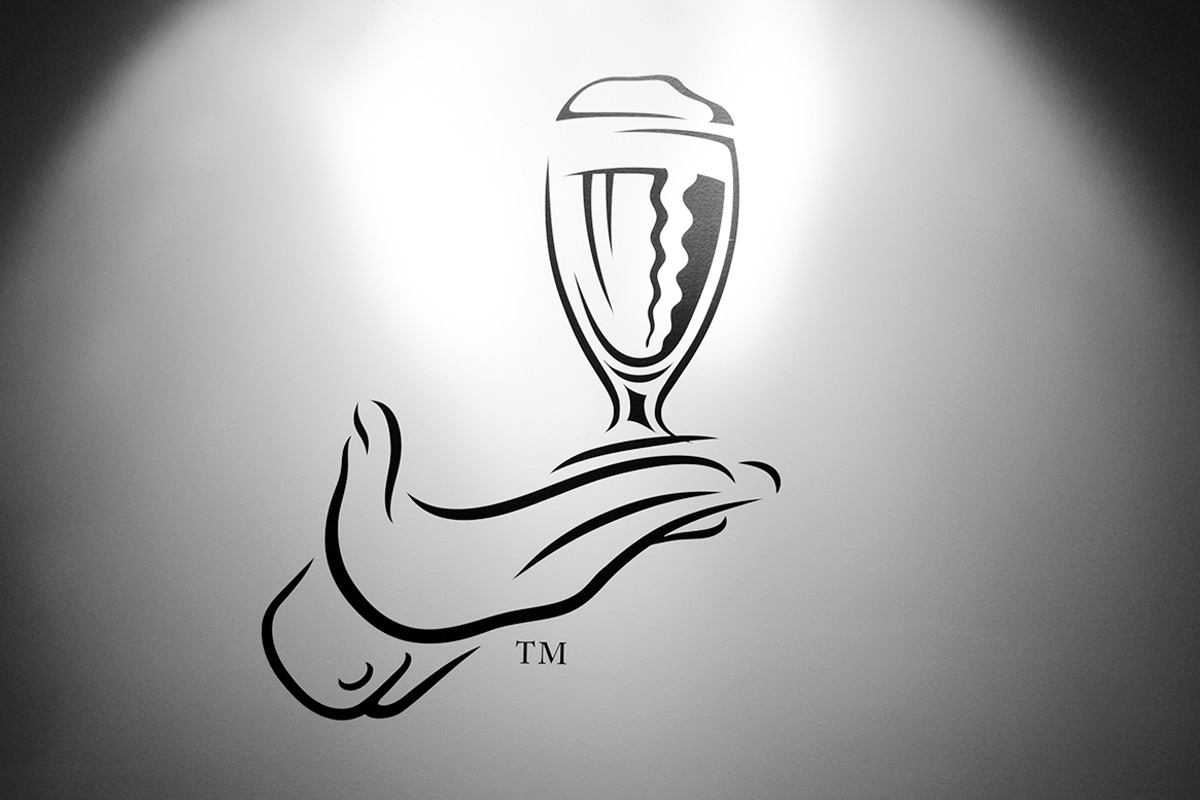 A lot of people take a BJCP study course. Otherwise make your own flash cards. Repetition, flash cards, study. We just came out with the Road to Cicerone series, that’s a course book series. It’s a very activity heavy book. For example there’s an activity for comparing three Robust Porters. You get each one of them and talk about the malt flavors and fermentation flavors. We have a malt box product that allows you to taste 8 different types of malts and compare them. So the exercises in the book will say, taste this one and compare it to that one. Look at the kernel, bite it open, and taste the flavors in the malt that you will eventually taste in the final beer. It reiterates that ingredients are actually how you get to different beer styles.

How long would you estimate it takes to prepare for that exam?

Are you seeing both industry and non industry people taking the exam?

Definitely both. It can be a foot in the door for the industry. One thing I see is more women taking the certification because its predominately a male dominated industry. A lot of women see it as a way to be taken seriously in the boys club. It’s a way to prove you know your stuff. 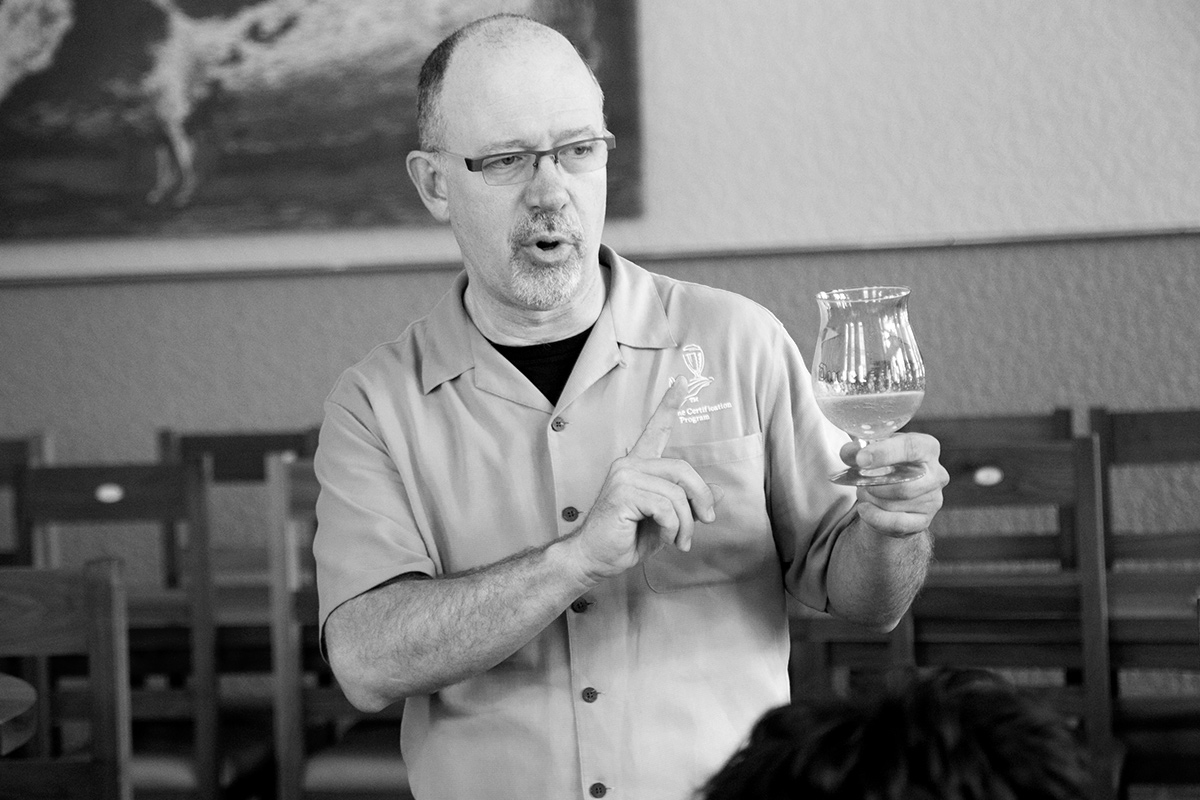 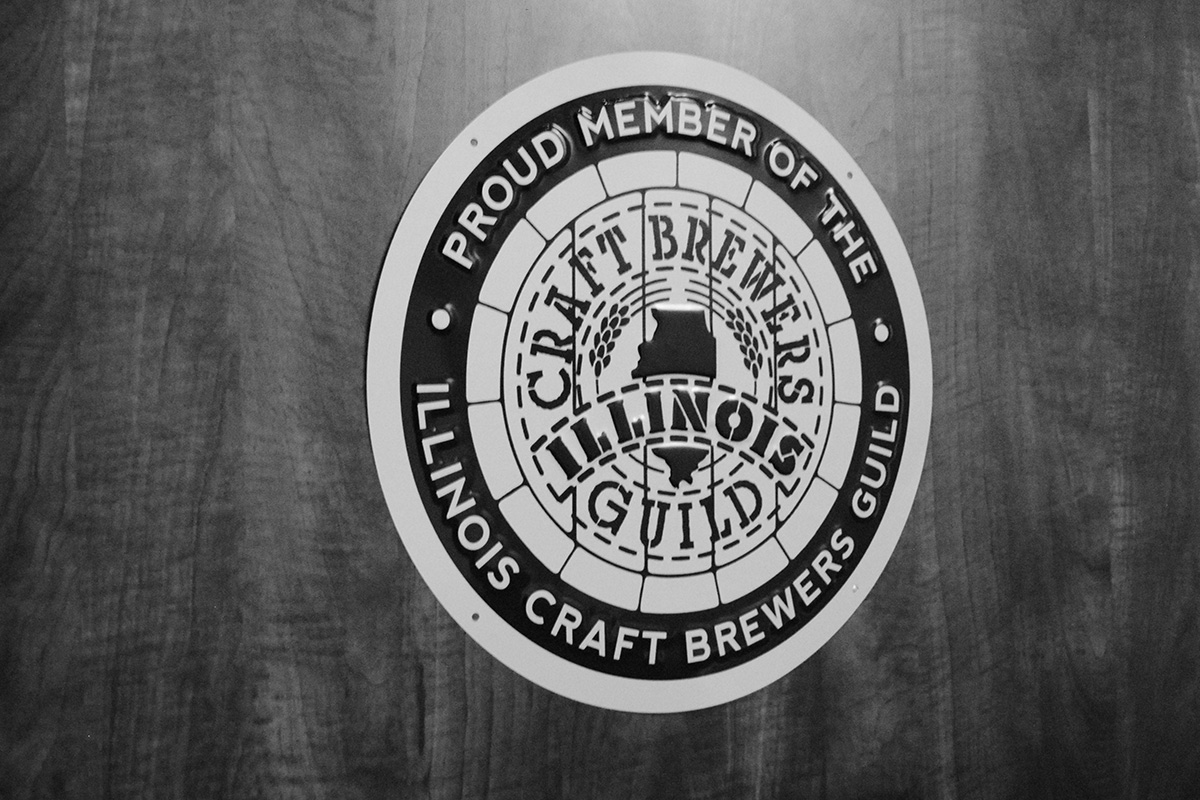 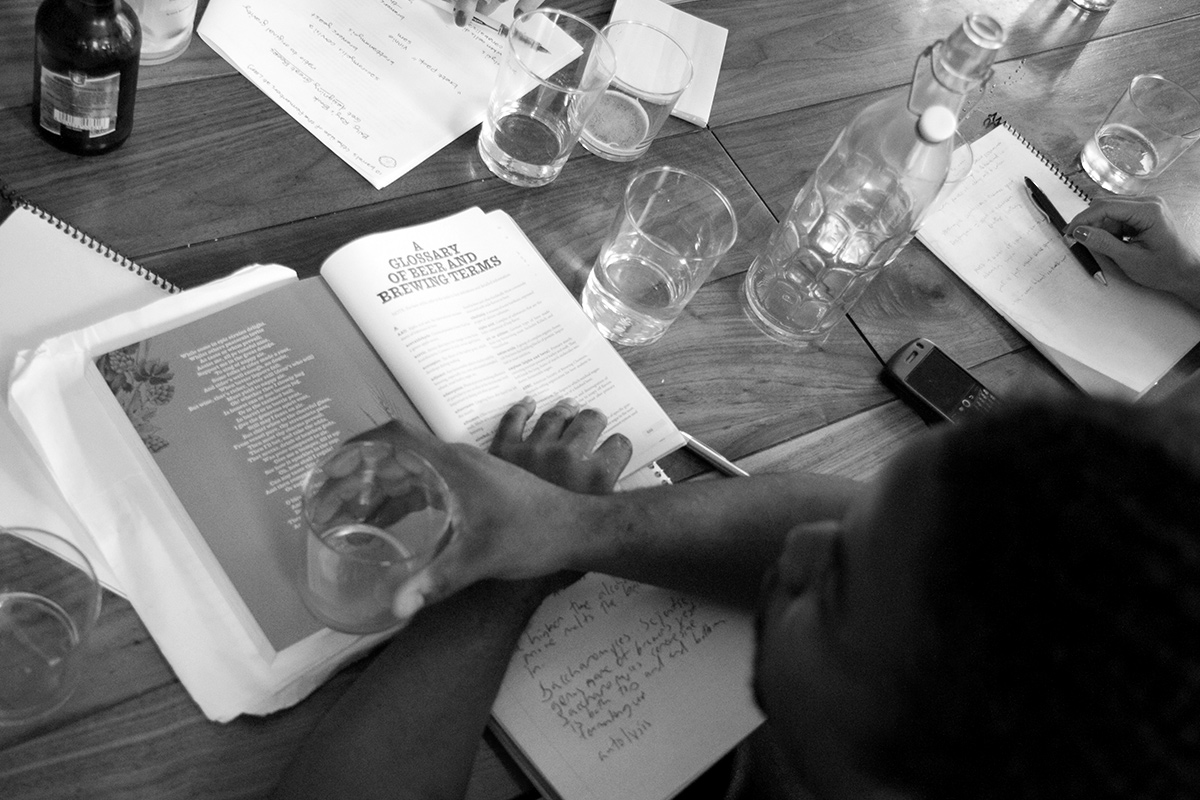 What about the Master Cicerone, can you tell us more about that?

There are seven in the world. Seventy-four people have attempted it.

What does the exam consist of?

It’s essays, tastings, and oral examinations. In the most recent one we had Mitch Steele, from Stone Brewing as the brewing examiner. We had him in the brew house at Golden Road Brewing and brought the candidates in to talk for twenty minutes. He used brewhouse equipment and various ingredients from around the brewery. He’d ask them to tell him about a malt or point to a piece of the brewhouse and ask what it does. Anything was fair game.

We also had Sean Paxton, The Homebrew Chef. He was our beer and food pairing examiner. We had a selection of food items and beer and we make them, without tasting either, make pairings out of them. Then they’d taste along with the examiner and talk about if they worked or didn’t and why.

There’s a style exam and a draft exam as well. So we’ll give you a draft system with a fault in it and you have twenty-five minutes to fix it. You have to go through and troubleshoot that process. For the styles portion you sit down for twenty-five minutes with Ray. In every session you’ll taste something and be asked what style you think that is. Whether it’s a good example of X style. Why or why not?

Is the program only available in the States?

It’s worldwide. We just signed on with a group in Australia. We have a strong Canadian program with a Master Cicerone there. We give regular exams in Canada and we even have a Canadian specific syllabus.  French translations  are coming out soon, most likely by the end of the year. After that will be Spanish. There are seven countries with Certified Cicerones right now.

And finally, the question we always close with, what are you drinking these days?

If it’s new and unique I want to try it, but I always have Boulevard Tank 7. I collect the Lips of Faith series from New Belgium. If there’s a new one I have it and it’s in my fridge. Allagash Saison… can you tell I like saisons? Usually there is some Old Chub in there too.

A big thanks to Virginia for staying late and chatting with us. If you are interested in taking the steps to complete the program, check out Cicerone.org for practice exams, study materials and everything else you need to succeed. 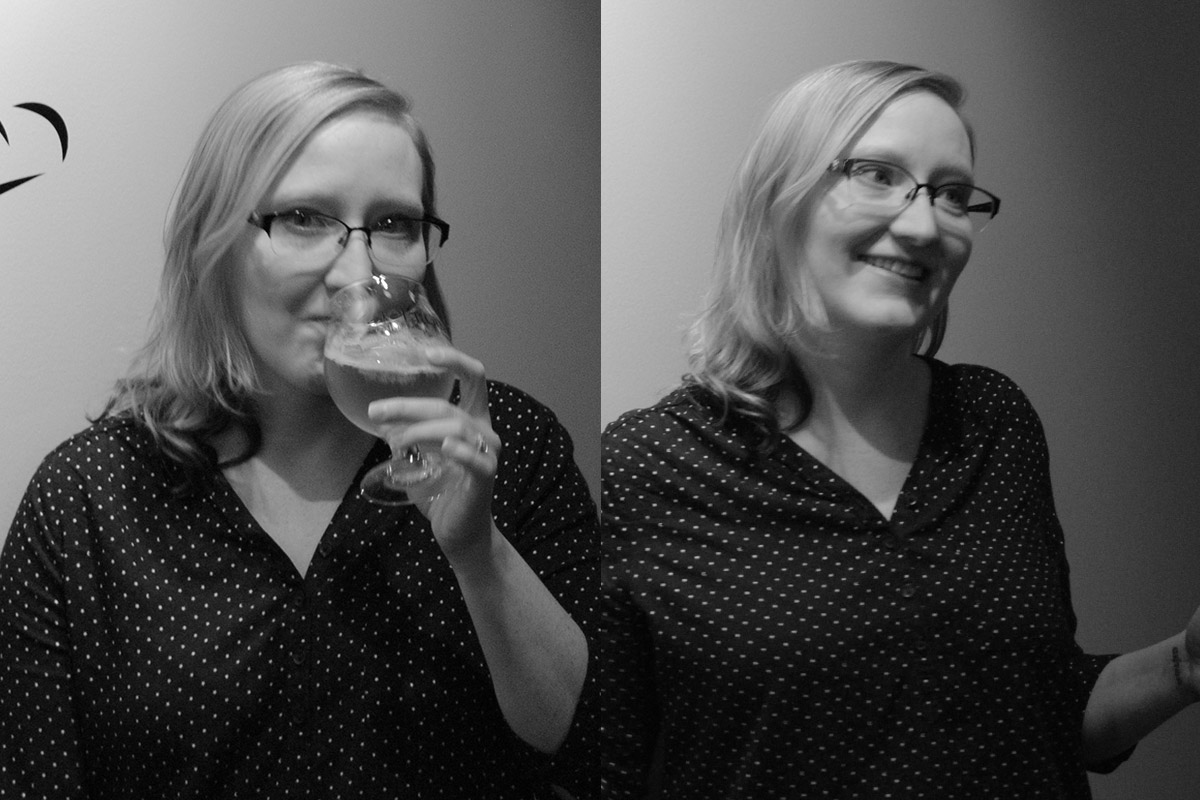