Malts are often described as the “backbone” of beer. They provide the body, mouthfeel, and sugars necessary to create an almost unlimited array of beers. It’s the base that hops and yeast build off of to create our favorite beers. Yet it seems that most of our attention goes to the newest hop cross breeds or to funky wild yeasts. We felt that malt was given the backseat so we wanted to shed some light on this important brewing ingredient.

Lucky for us, we were able to chat with Erik May, founder of Pilot Malt House. We learned how barley transforms along its journey from the field to your glass. The journey begins with someone like Erik, who hand crafts his malts to ensure that brewers have the all they need to make the best beer possible. There are some great insights into a part of the brewing world that we often overlook. 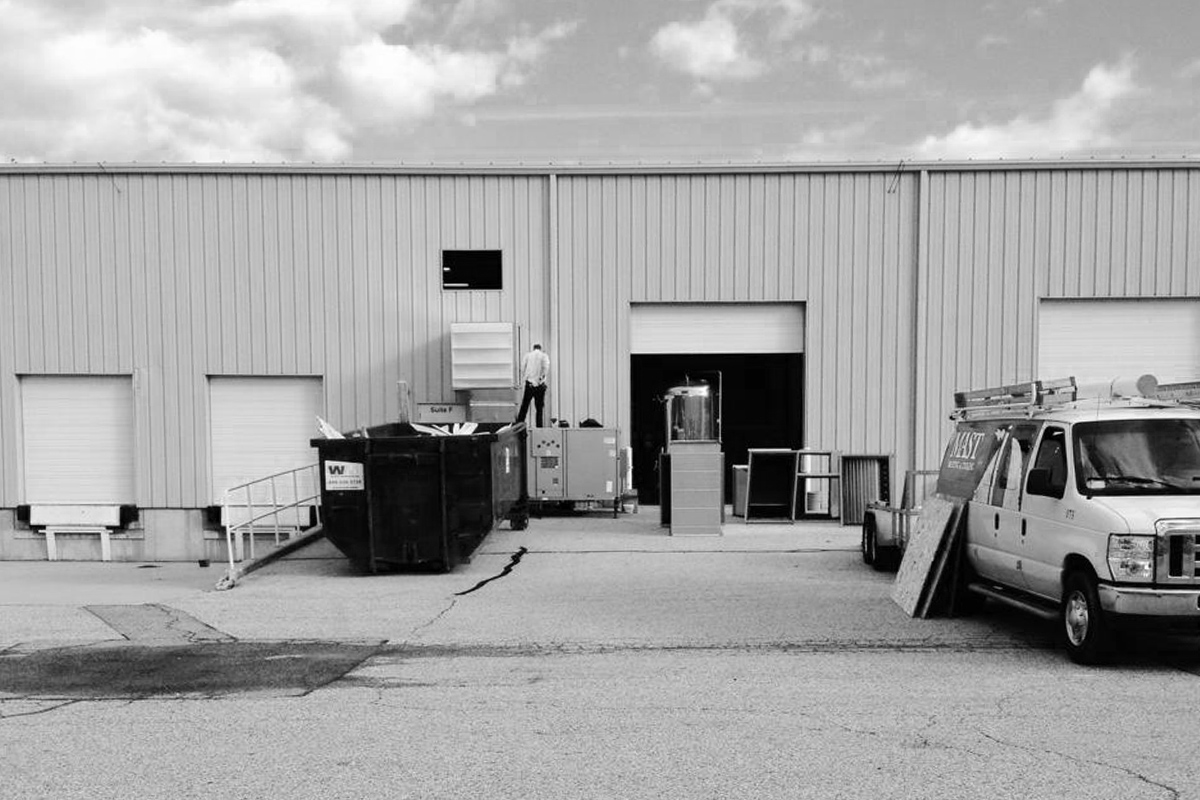 Thanks for chatting with us. Can you give us some background about yourself and how you started Pilot Malt House?

I started Pilot Malt House back in August of 2013 after more than two years of it being a festering thought turned obsession. I am a twelve year military veteran (and current military member) turned entrepreneur. I did the Iraq thing, I did some other crazy stuff but at the end of the day, it wasn’t my passion. Life gets really real when you’re getting shot at – it teaches you the finality of life, how short it really is, and puts things in a perspective that I would’ve never gained otherwise. You only get one shot – might as well make it count and follow your passion.

The idea was hatched when I was drinking a buddy’s home brew and I began asking questions relating to the geographic origins of the ingredients in the beer I was drinking. From there many months of research was had and eventually Ryan was brought on board to be the resident ‘maltster.’ Ryan is also brewer at a local brewery here in the Grand Rapids, Michigan area (White Flame Brewing Co. in Hudsonville, MI) so he understands brew house operations and the way malt fits into it. The ‘aha’ moment came in December 2012 when I ran into John Mallet (Director of Operations for Bell’s) and I basically said ‘I have this idea that I can’t escape, am I crazy for wanting to open a small craft malting operation?’ He certainly would’ve been in his right to ignore me or keep on walking but he looked at me and said ‘do it – we buy a hell of a lot of malt.’ I had never met Mr. Mallet prior to this and he certainly had no vested interest in my small company – but this got the ball rolling and really helped validate that while I am a bit crazy,

I am crazy in a way that will hopefully result in a successful malting operation.

What exactly happens during the malting process?

Malting is essentially the process of modifying grains to the point that the enzymatic properties have changed to the point that they’ll become sugars that later become alcohol.  This is obviously a very simplistic view on it all.  The process, while simple from the ‘outside looking in’ is as much a science and an art as brewing is.  We soak the grain in water (this is called steeping), then create an environment for the grain to grow (germination), and then we kill it (via our kiln).

How does your process differ from the larger malting operations?

Just like breweries, we are performing a process that’s been accomplished for hundreds of years.  However, also like breweries, we are doing things with our own ‘flair’, with our own nuances. We have made a sizable investment (time and capital) in our lab – we feel that leveraging our laboratory will ensure our supply chain is unmatched. From there, our process will be a fair amount of physical labor to ensure each pound of finished product was hand-crafted with the utmost care, love, and passion. We owe it to our customers (whether they’re commercial brewers, home brewers, or craft distillers) to put at least the same level of care and passion into our malting as they do into their brewing/distilling. 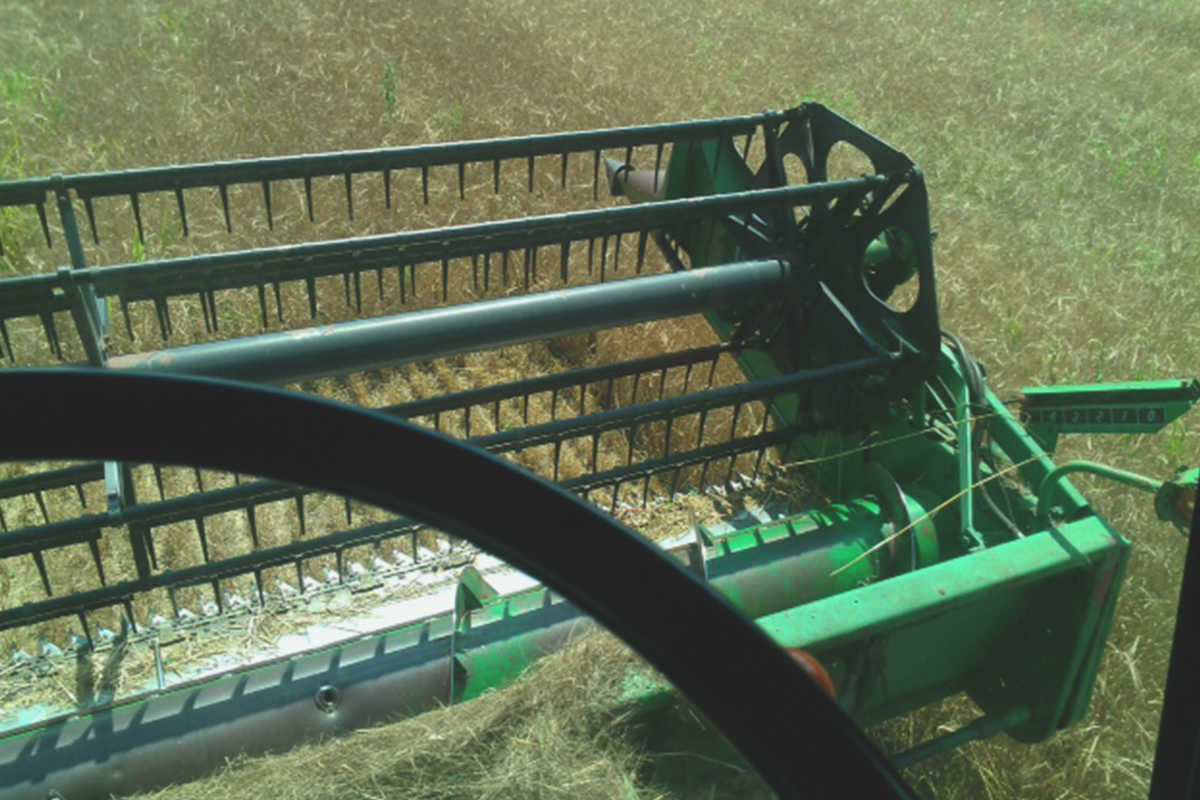 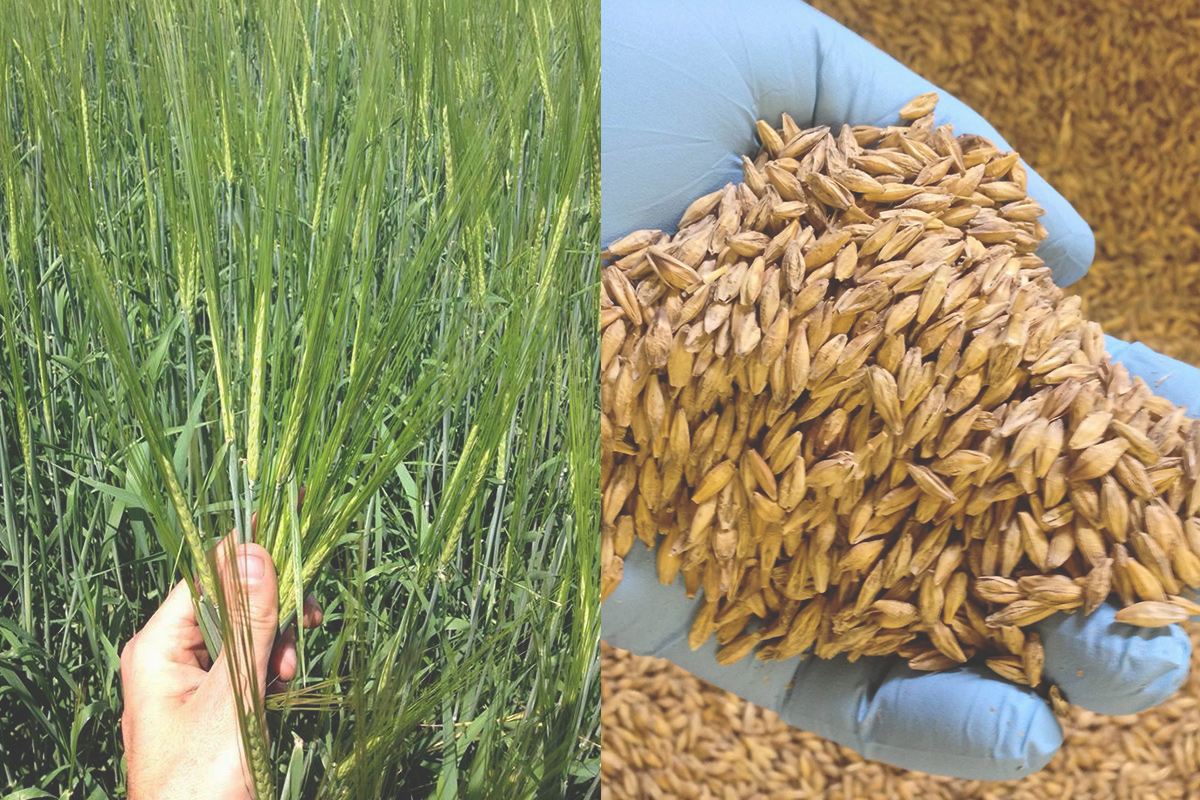 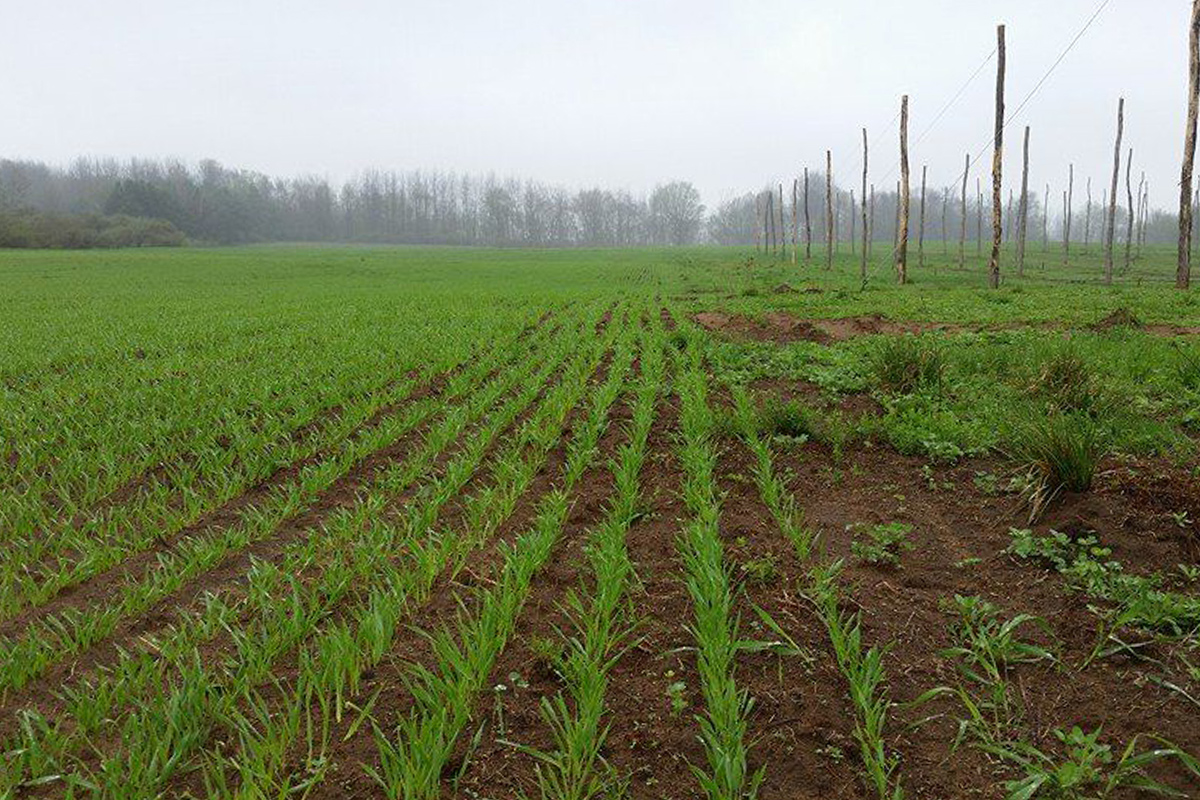 The trend of eating/drinking local has no doubt been on the rise in the last few years. Have you seen that trend apply to brewers wanting to source local ingredients as well? Is your grain sourced locally?

We have seen a huge movement towards sourcing more and more fresh, local ingredients in both drinks and food. We exist to help bridge the gap between the agriculture industry here in the Midwest and the craft beer and spirit industries here in the Midwest. There is very little relationship between these industries – we hope to change that in our own little way. We want our growers to sit down and have a pint with brewers and to form a friendship eventually resulting in a shared pint between farmer, brewer, and maltster. We work with local farms to have them contract grow for us. We have very strict guidelines and requirements on all of our incoming grain and work extensively with our growers to ensure the highest quality grain is received.

It’s worth mentioning that my definition of ‘local’ isn’t necessarily geographic in nature, my definition of ‘local’ means you know who you’re buying from – in our case we want our customers to know their growers (we put the name of the farm on every bag of grain we sell) and to know us. We’re in the relationship business almost as much as we’re in the malting business.

In the past few years, we’ve seen brewers experimenting with different yeast strains, hops, fruits, etc, where does malt fit into this? Is there room for experimenting with malt? Do you experiment with your malting process to see how that can change the final product?

I feel very strongly about this as I see this as where we belong. We are small enough that we hope to collaborate with brewers to really listen to what they want and be able to tactically pivot and produce it (after an R&D period obviously). We hope to eventually have a small pilot malting line as well as a pilot brewery so we can do extensive testing on unique varieties of malt.  We have had a tremendous interest from customers regarding smoked malts – it is our intent to continue to experiment with different woods and different grains to produce a truly unique flavor profile.  We have sourced some sorghum and millet locally so we can begin to learn about these grains with the hopes of eventually providing a high quality gluten free malt option. We are obsessed with honing our craft in every way we can while also continuing to push the envelope. We are looking at any option that helps us be unique and helps us become the go to source for locally sourced malted grains.

One cool project that will take a number of years to come to fruition (if it all happens) is to offer malt to one of our customers (that is both a brewery and distillery) for inclusion in a particular spirit.  From there, the whiskey will be aged in a barrel (obviously) and once it’s taken out, a beer (also brewed with our malt) will be aged in the barrel. The last step would be taking the used barrel and using the wood from it to smoke an additional variety of malt for inclusion in a smoked beer. If that isn’t ‘sustainability’ I don’t know what is (especially considering the barley was grown, then malted, and then distilled/brewed all within 30 miles of each other). 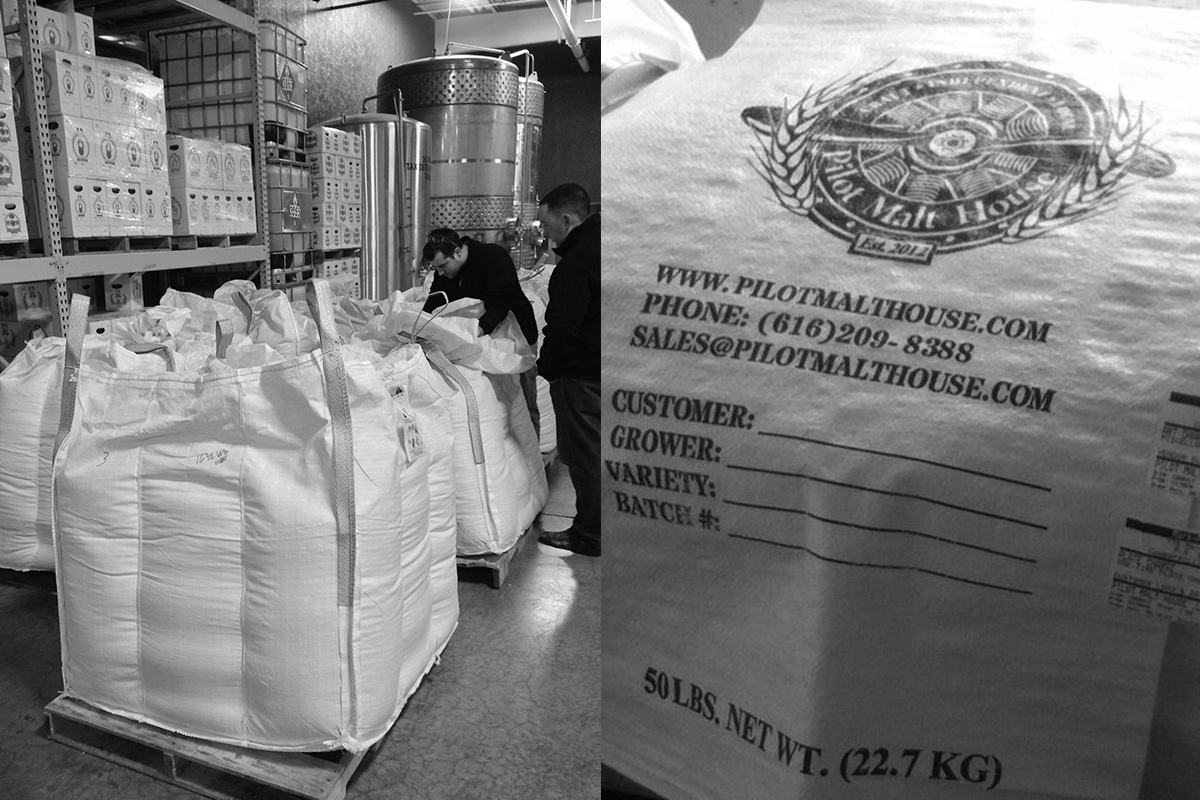 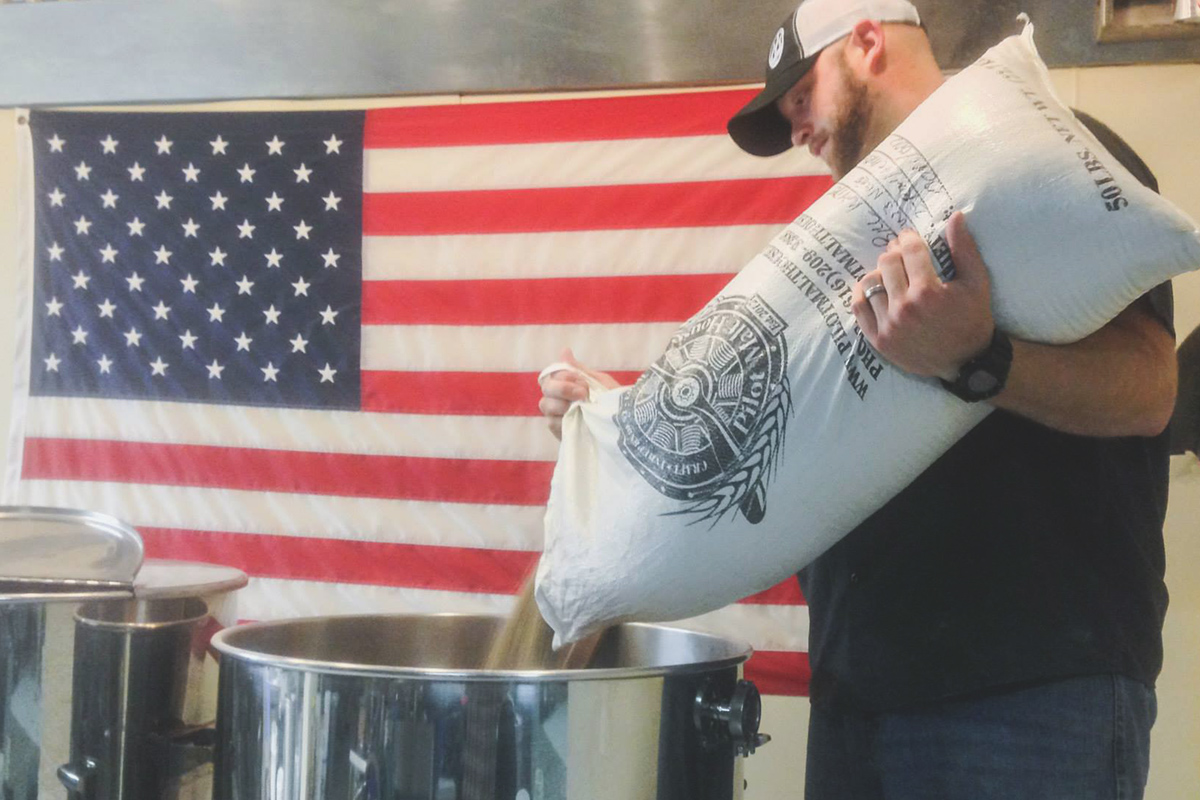 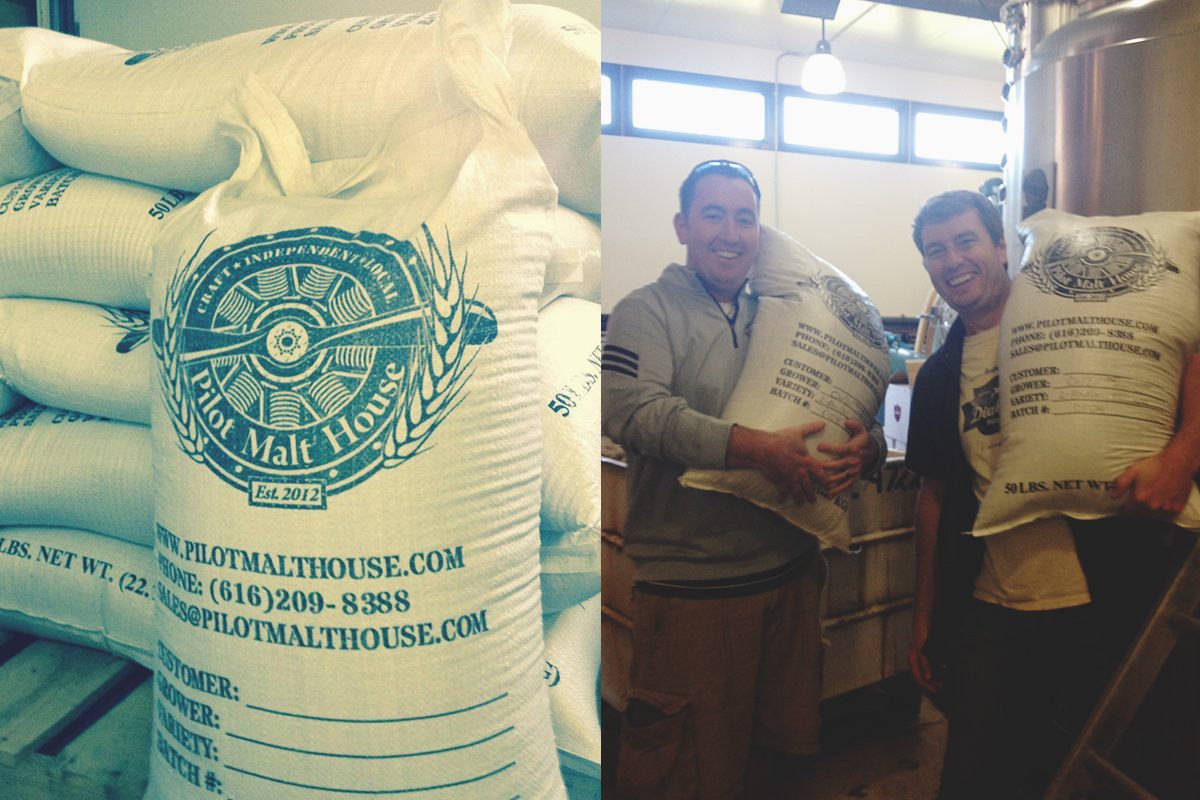 As homebrewers do we have access to your malt? If so, where can we find it?

First off, let me say we love homebrewers. Grand Rapids was blessed with the National Homebrew Convention back in June and I can say that homebrewers are an amazing, eclectic, talented lot that I’ll share a pint with any day. It is our intent to offer our malt (the same malt that we sell to any commercial brewery) to home brewers via their local homebrew shop. We are currently sold through three local homebrew shops in the Grand Rapids area as well as through a kit at Northern Brewer. Please let your local home brew shop know that you want to see some Pilot Malt House malted grains in stock ASAP (we aren’t hard to find).

When formulating a beer recipe, it seems like there are a hundred options to choose in malt varieties. How do you decide to use 2-row or 6-row, or a chocolate malt compared to a roasted barley? What’s a good way to get an understanding of a malt’s flavor profile before adding it to a recipe?

This question is near and dear to my heart.  In our first year, considered a trial year both by us and by our grower, we received five acres of a 2-row malting barley and five acres of a 6-row malting barley. In many brew houses (or garages in the case of homebrewers) there is a stigma with 6-row; either folks haven’t used it, haven’t seen it, or for any other reason.  This may be because of 6-row’s origins (basically in the 70’s ‘big beer’ started to have it bred) or just because folks don’t like to step out of their comfort zone. I encourage brewers to continue to push their envelope – do a 1-for-1 swap of 6-row vs. 2-row and see what happens (if it doesn’t taste right, I have a whole bunch of friends still paying back student loans that’ll come pick it up no questions asked). No matter how you derive your recipe, make subtle changes to make it your own. Most of all, enjoy every second of it – you’re an artist and you’re making a masterpiece.

And finally, the Midwest makes some of the best beer you can find. Care to name a few of your favorite breweries and beers?

Man, this is a good question.  I will give my best political answer: all of them. Obviously I am a ‘homer’ and love what my home state is turning out – whether it’s Founders, Shorts, Bell’s, New Holland, Greenbush, or any of the other 160+ breweries on this side of the lake. Chicago has an amazing list of places – Half Acre, Pipeworks, Revolution, and a growing list of other awesome places. I hope this comment doesn’t offend anyone, but when someone asks me what ‘my jam’ is – ‘my jam’ is beer and I feel strongly that it all serves a purpose whether it’s macro or micro, light or a Lovibond of 5000 (and yes, I am exaggerating), made in a factory in St. Louis or Milwaukee or in a garage. If I walked into an art museum (which I don’t think has ever happened) I would never look at a painting and say ‘that piece of art sucks and should be thrown away’ – are you kidding me?!  Someone had the balls to make that so I could see it – that’s cool to me.

With that said, there are certainly some beers I like more than others – I fully intend on continuing to ‘refine my palette’ by tasting just about anything I offered the opportunity to sample. 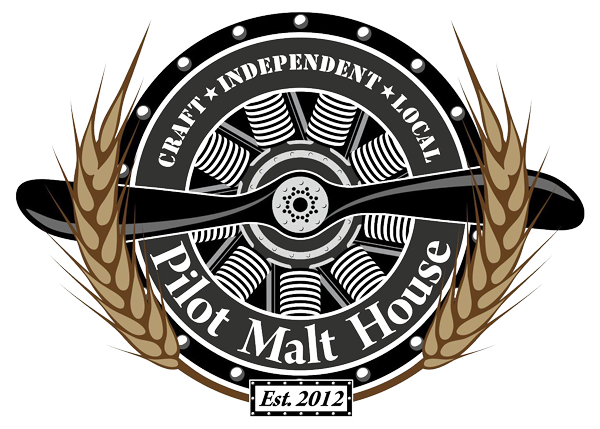