Nestled in Plymouth, Michigan’s ‘Old Village’ neighborhood, there’s a quaint brewing operation with plenty of old Americana charm. The space itself is a pair of buildings that sit roughly ten miles west of Detroit, on a historic block. Here, on the street of its namesake you’ll find Liberty Street Brewing. Fairly new to the Michigan brewing scene, this suburban spot is growing up quickly – from homebrew experiments to taproom to production facility in all of about 5 years. Recently, one of our guest writers, and former Liberty Street regular, Nick Costa shared a beer with owner and brewer, Joe Walters to get the basics on ‘LS.’ 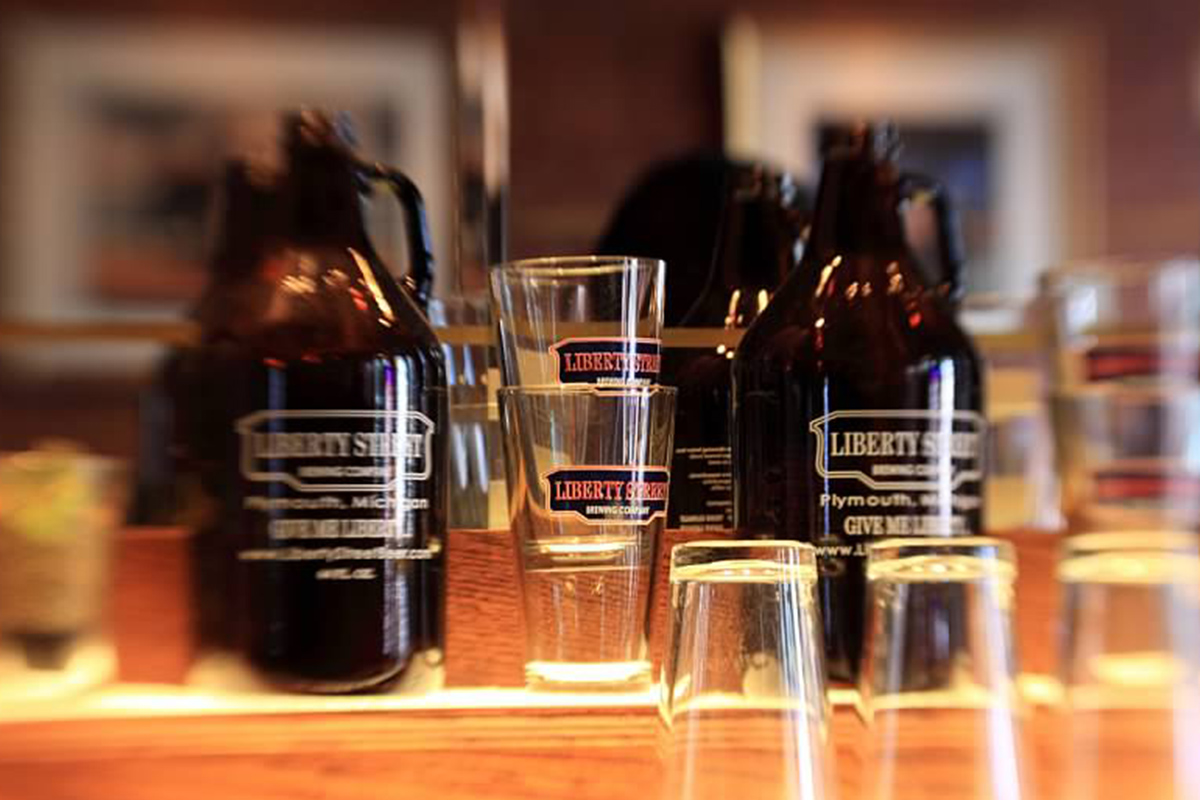 Let’s begin with a little background, how did you get started in the beer industry?

I had just had back surgery and was on leave from work, and at the time I was very limited with what I could do. My hobby back then was computer networking, I had eight computers on a network in my house and garage that I had built, but I was starting to get really bored. I remember I did a Google search on homebrewing, and was hooked. I was reading everything I could find online about it. I was doing so much research I didn’t sleep for a few days it felt. When I was finally cleared medically, I went out and bought all the equipment and brewed four batches right off the bat. Quickly I was brewing so much that I couldn’t drink the beer as fast as I was making it.

I was selling a piece of equipment on Probrewer.com and noticed an ad asking for an investor in Chelsea, Michigan. We were looking for a spot in Chelsea, Bloomfield, Downtown Plymouth…all which were really expensive. Then one night, one of the brewers, Jim – who I’d met at an Ann Arbor Brewers Guild meeting – and I were sitting at the bar next door [to the current Liberty Street location], crying into our beers thinking we’d struck out. Then Jim said ‘too bad the old martini bar next door wasn’t big enough for a brewery.’  We ended up walking over there, peeked through the windows and realized it was already set up to be a great tasting room; we just needed space for the brewing portion. We contacted the owner and discovered he owned the building next door to it also – it was a wood structure built before 1855, so nobody minded when we tore it down for the new brewery. The rest was history. We opened December 8, 2008 with Irish Red Ale (now Red Glare Amber Ale), Dry Irish Stout on nitro, American IPA, and House Mild (know now as Pub House Brown). 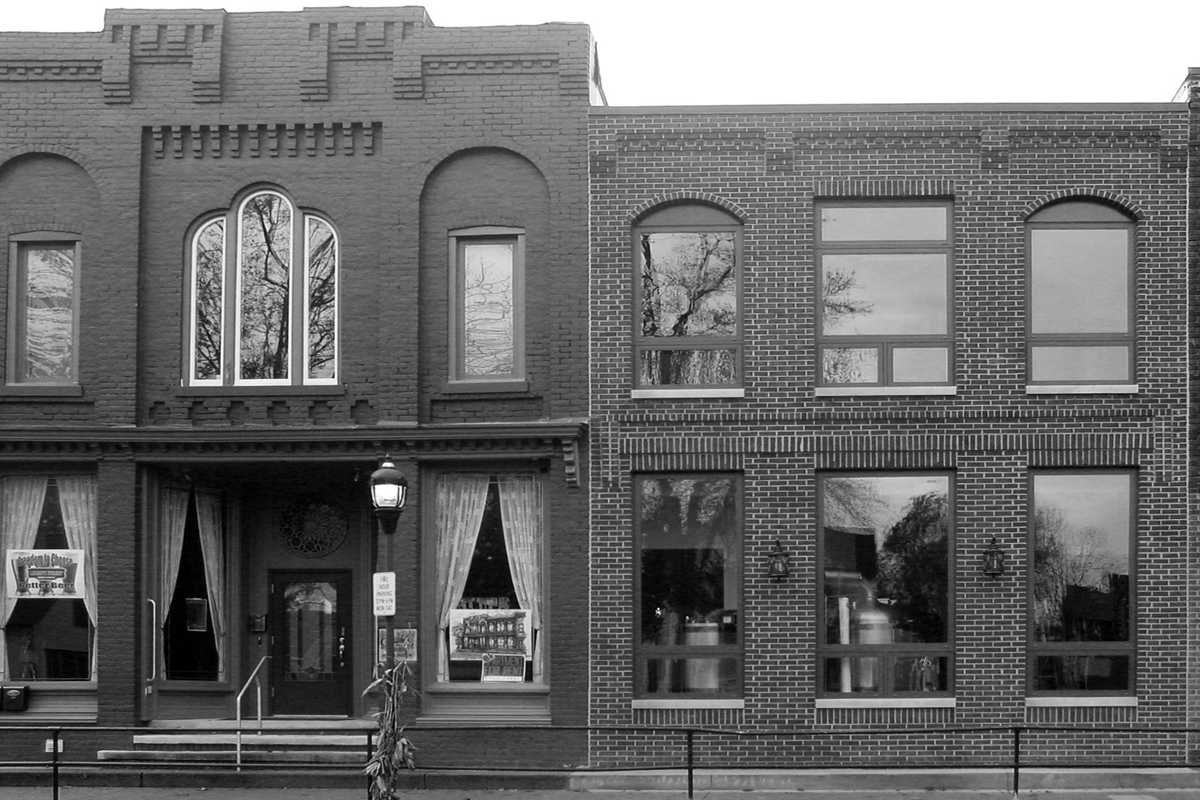 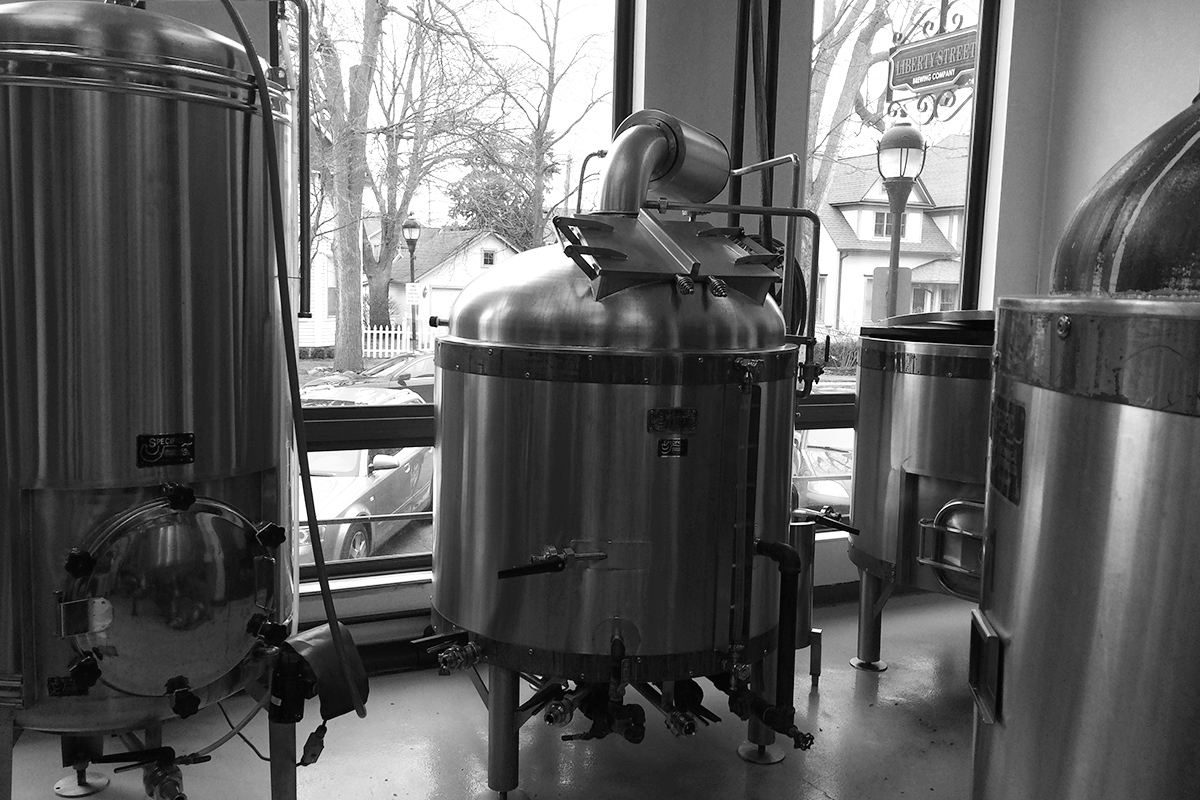 What’s the basic makeup of the Liberty Street brand?

Well, we are ‘Liberty Street Brewing Company’ obviously because we are located on Liberty Street and that’s where the logo comes from also. It’s inspired by the neighborhood’s old street signs. Then we played off of the ‘liberty’ to come up with the color scheme–red, white, and blue–pulling out that patriotic and old Americana theme. We also try and carry out that theme when naming our beers, like the American IPA, and Red Glare.

Michigan has such a booming beer scene. What are your thoughts about beer in Michigan and Detroit?

It’s great, but to be honest, it is so hard to keep up with these days. I read all the beer rags, and keep in touch with all the local guys on Facebook, but it seems like there is a new guy out there opening his doors every day. You go to events and festivals and every time there is someone there that you’ve never heard of before. It’s a good problem.

And with festivals, how do you decide which Liberty Street attends?

Well, as members of the Michigan Brewers Guild we attend their four events every year: the Winter Festival (Grand Rapids), Summer Festival (Ypsilanti), U.P. Fall Festival (Marquette) and the Detroit Fall Festival. Besides that, we try to attend every festival we can that doesn’t charge the brewer a table fee. If an event is going to use our product as free advertising to sell and promote their event, and they still want to charge the brewer to be there, then usually those are the guys that probably don’t know how to run a successful event. 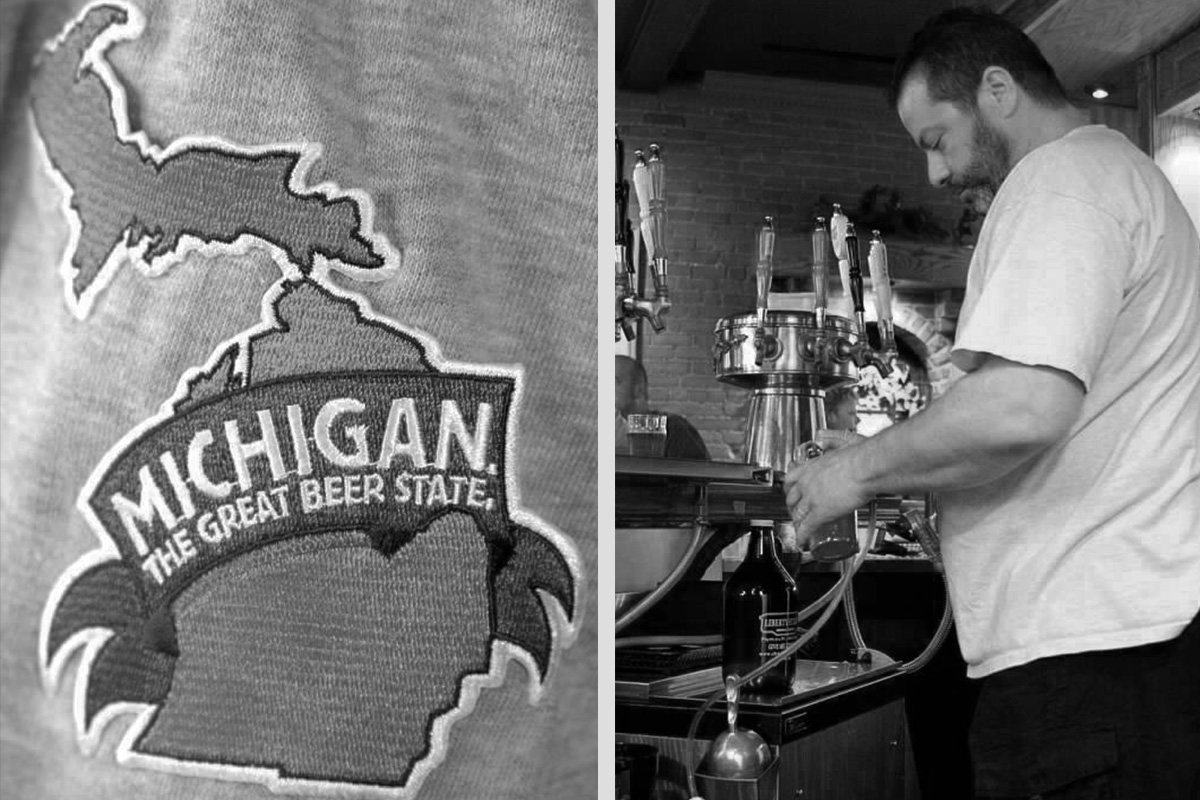 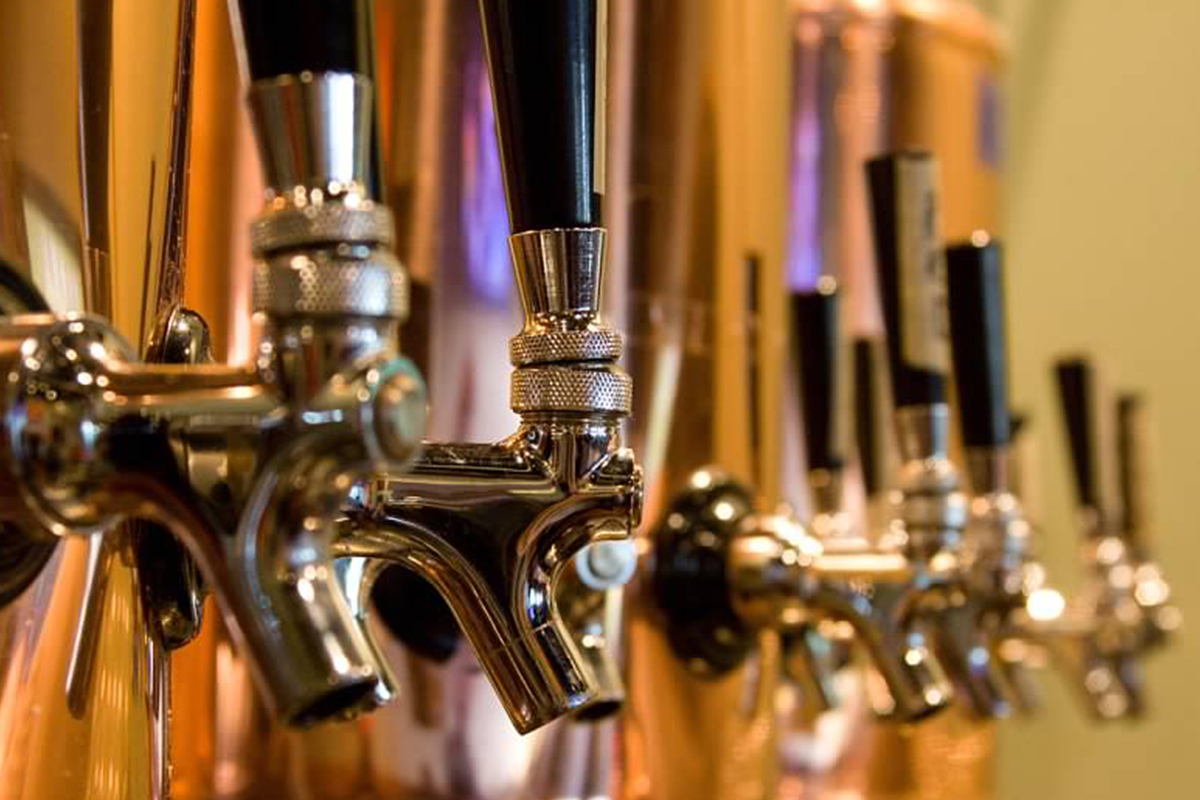 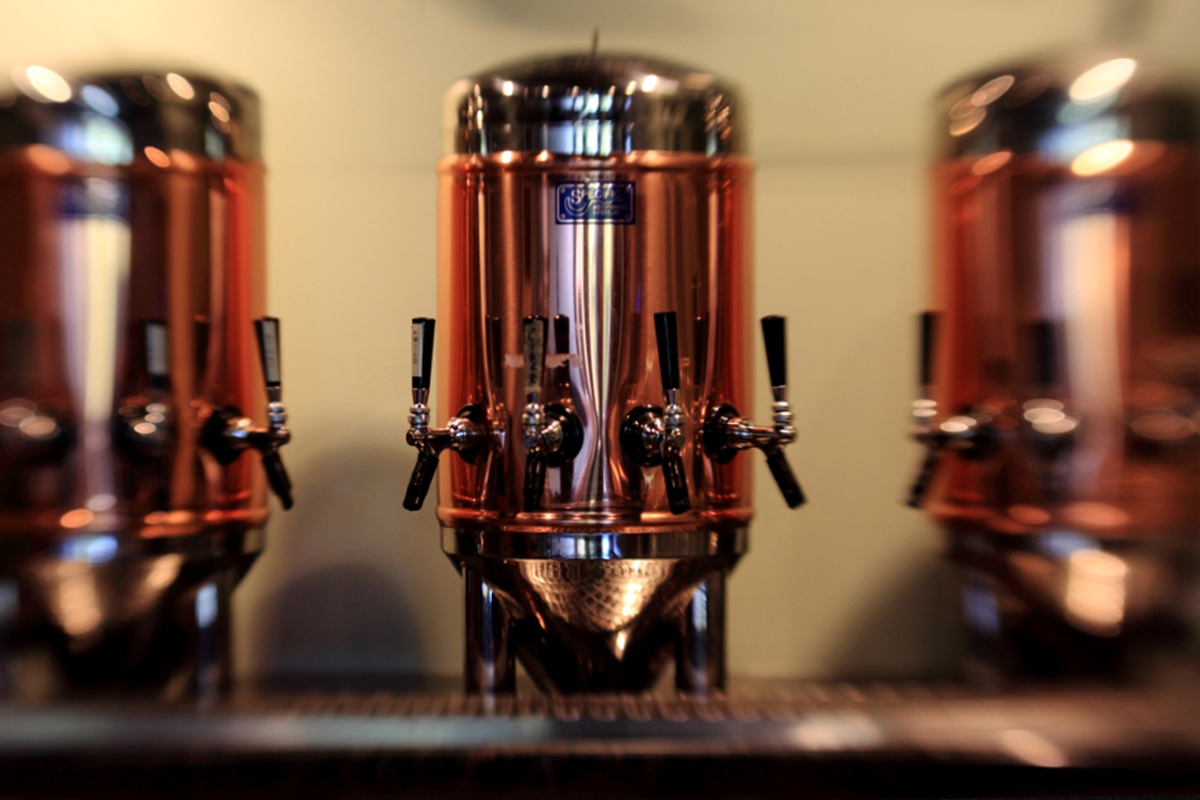 You recently celebrated your 5 year anniversary. What were some highs and lows of these initial years?

That’s a tough one! There were so many high points, really. We are very proud of all the medals we’ve won at the World Expo of Beer–we’ve done pretty well there each year. Another high has probably come in the last year, when we started bottling and distributing across the state. Thankfully, I can say that it’s really hard to come up with any ‘low points’ for these first five years.

What benefits do you see from bottling and distribution?

As someone who had a decade of experience in the beverage industry with both Coke and Pepsi, you know that contract brewing and bottling has very small margins. But if we were just to break even from our bottle sales, I would be happy knowing I have thousands of little billboards out there on the shelves promoting the Liberty Street brand. With the hope that once they try our beer from the store, they’ll want to come and visit the brewery and drink our beer straight from the source here in Plymouth.

Being a smaller operation, do you feel you’re limited with what you can do based on the space?

Absolutely. With our six-barrel system we are brewing to the capacity of the equipment–which is typically twice a week–to meet the demands of the taproom. Currently, we have 12 beers, a house mead (two years in the making called Exquisite), house wine, and local cider on tap as well. We recently released a bourbon barrel-aged stout a few weeks back named Majesty on tap and in bottles. This was the first beer in our new barrel program. We are able to achieve all of this through our ‘alternating proprietorship agreement’ (sharing some space and equipment) with Millking It Productions in Royal Oak, which is the only one of its kind in Michigan. We are able to meet our distribution needs and keep up with the demand at the tasting room, as well as offer seasonal and specialty beers because of this brewing partnership.

Related Reads
People
11 Brewers Share Their New Year's Resolutions For 2021
People
A Pint with Leashless Brewing: How One Brewery is Revolutionizing Organic Craft Beer
People
Athletic Brewing Co. Is Making Non-Alcoholic Craft Beer Cool in 2021
Besides your contract brewing with Millking It, have you worked with any other breweries?

We recently partnered with Stone to remember Matthew Courtright. Matt worked for us for a couple months before moving out to California to work for Stone Brewing. He tragically passed away late last year in an accident at the brewery. While we didn’t brew the beer on-site together with them, we both brewed a version of Matt’s first commercial beer in his memory, called Matt’s Dream Rye’d. Matt had been working with a charity that built schools in Ethiopia, so all proceeds from that beer went to his foundation.

We also have another collaboration with Stone in the works. They have a second brewery at Liberty Station in San Diego. So we are doing a whole ‘Liberty’ thing – Liberty Street, Liberty Station. I am not sure if Kris Ketcham, the brewer at Liberty Station, will be coming out here, but I will definitely be going out to Southern California to do some brewing with those guys.

Any collaborations a little closer to home?

Yeah, we just did a collaboration with my good friend Ryan Cottongim, at Witch’s Hat Brewing Co. nearby in South Lyon, called Territorial. The name comes from the road we both take to drive to and from each other’s breweries: North Territorial. But beyond that, we share the same group of regulars. Territorial is a Baltic Porter brewed with Blackstrap molasses and cocoa nibs.

So five years down for Liberty Street – what’s in store for the next handful?

We’ll actually be getting the keys to a new warehouse just over in Livonia that will be the home to our new production brewery pretty soon here. The new facility will start with a 15 barrel brewhouse and 30-60 barrel fermenters and brite tanks. We expect a capacity goal of 5,000 barrels a year by 2019. All  of our flagship beers will be brewed there, for the tasting room and distribution. Also, some of our bigger seasonal beers like Pumpkin Pie and Clementine Lemon Thyme will come out of there. It will completely change how we brew at the pub. We won’t be so limited by capacity, and we’ll be able to experiment and do a lot more small-batch brews, which is really great.

Well that’s definitely big news for yourself, the brewery & the area!  One last question – when you’re not drinking beer from Liberty Street, what’s in your glass?

Water. If not water then maybe gin with some Diet Squirt… 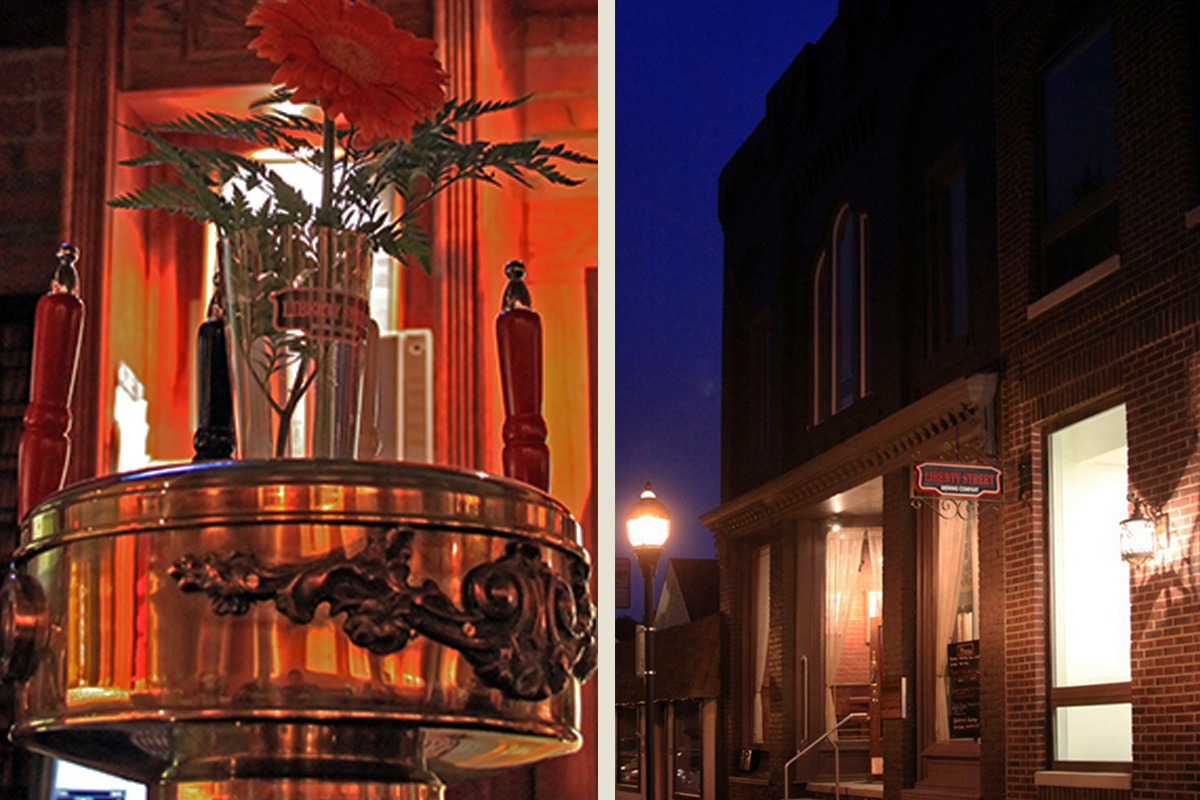 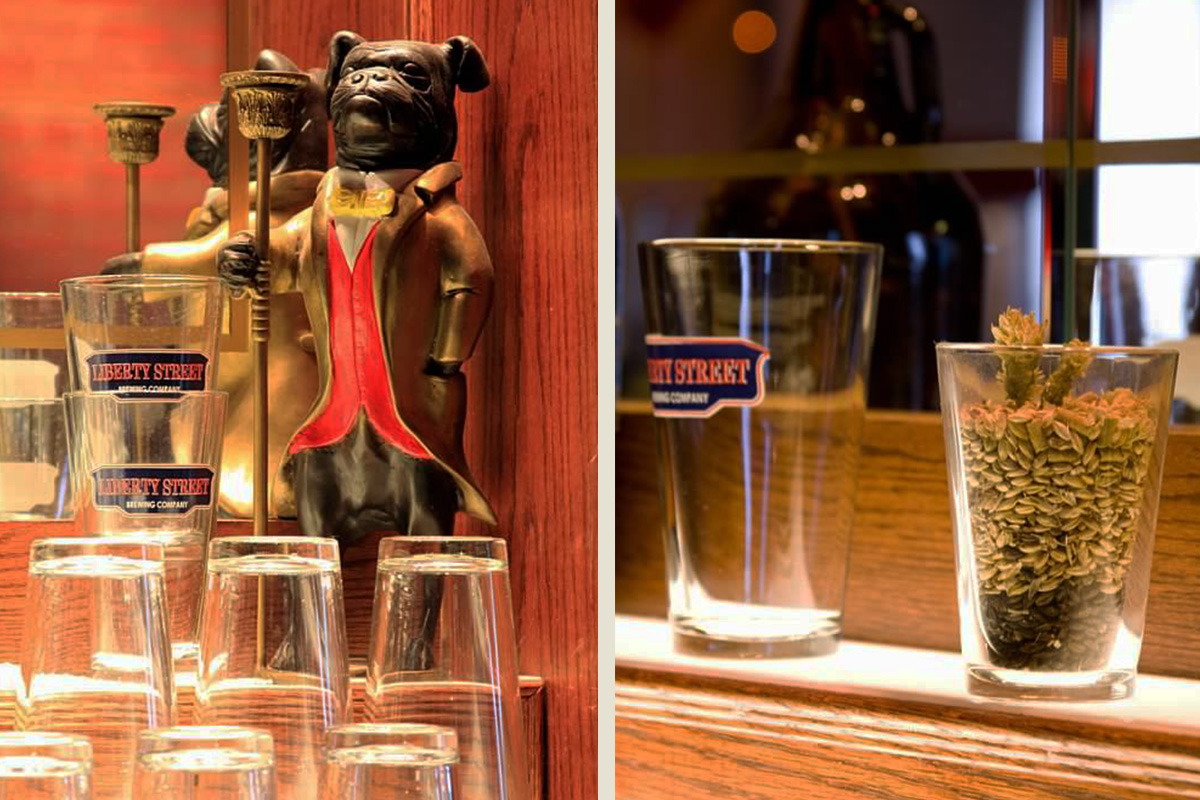 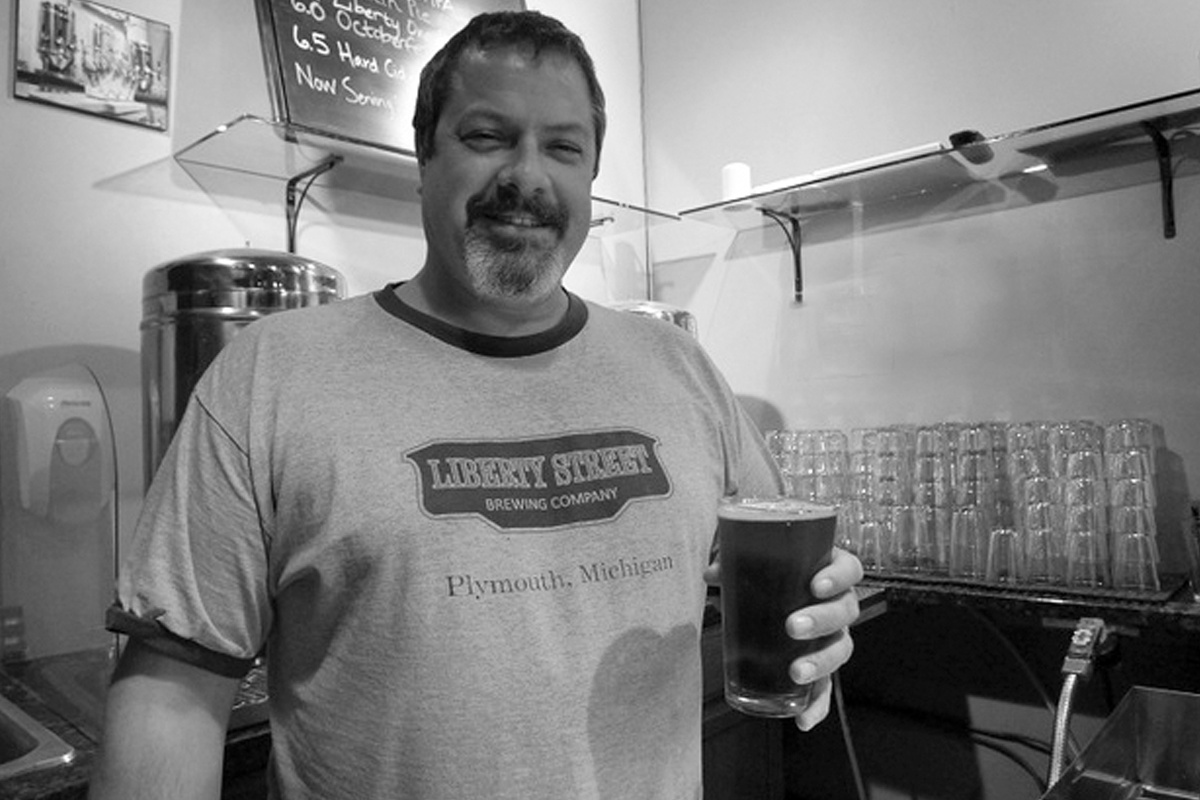 Thanks to Joe Walters for sitting down with our guest contributor, Nick Costa. Liberty Street keeps making rumblings in the Detroit area and with the new facility set to open soon, we’re sure they’ll be showing up at plenty more bottle shops and festivals throughout the year. Be sure to check their updates over on their Facebook and Twitter. Or, if you find yourself on the way to Detroit, hop on over to the tap room in the Old Village at 149 W. Liberty Street, Plymouth, Michigan 48170.

Photos thanks to Rachel Fish.