Being a part of The Hop Review certainly has its perks. One of those is the chance to meet some fascinating people who are eager to put us in touch with other equally-interesting people. There are, however, places where we don’t necessarily expect this to happen.

This spring, while chatting with Paw Paw Brewing Company’s Trevor Klimek on their sun-soaked patio, we were introduced to, of all people, Slovenian hop farmer Luka Rojnik. With generations worth of hop growing knowledge from his family’s Rojnik Hop Farm, Luka was visiting the US to spread the word on the family goods.

Fast forward a few weeks and I’d managed to corral Luka for a quick beer and chat at Half Acre before he headed back to Europe. Admittedly, I’m not up to par on my Slovenian hop knowledge, so this was a fascinating look into an industry that, while a world away, sits at the foundation of something we can all agree on…craft beer.

So Luka, thanks for stopping into my ‘hood on your way to O’Hare. Can you give me a little background?

I’m a hop grower, born and raised. My family has been growing hops for more than one hundred years. My great great grandfather started growing hops with a single plant. Now we have thousands of them. This year we’re going to start selling our hops to American craft breweries. So, I’m here to make contacts. We have a distributor here, Hop Head Farms. And from what I’ve heard, they’re one of the best.

I’ve been to a couple breweries around here. I love American craft beer, man. There’s this one small brewery in Granger, Indiana – where I’m staying – called Bare Hands. They have very good beer. I’ve also been to 3 Floyds, Bell’s, Arbor Brewing Company, and of course Revolution. To be honest, I don’t have a real favorite of them. In Granger, we had a well-stocked liquor store, so I went there plenty. I like Lagunitas, but I’d say that my favourite beer is Anti-Hero from Revolution.

I’m trying to picture your farm in Slovenia. What’s it like there?

We’re located in a valley which is known for hop growing. It’s part of the Styria Region of Slovenia. Currently, we grow about 100 acres of Styrian hops. We’re planning to expand in the coming years with the high beer demand – which translates to high hop demand. We use all the latest hop growing equipment. Our farm is one of the most technologically advanced in Europe, or in the world. Everything is electronically regulated. Nothing’s left to chance. For the best quality you’ve got to have the best equipment.

Does your entire family live on the farm?

We live in a big house right on the farm and behind it is the production facility. I have two younger sisters; one is eighteen and one is eleven. One thing I’ve found strange in America is people don’t live on the farm. When I wake up, the tractor is right there.

That sounds like a lot of work for your family.

It’s a lot of work, but we are very experienced hop growers and we know how to be efficient. Most of the work on the farm is done by my father and I. Of course, hops are very labour intensive and when you’re growing on hundred acres you can’t do it all yourself, so we hire seasonal workers from Romania. You see, in the spring hops can grow up to a foot a day so you need to have a large work force to act fast when it comes to stringing and training.

Sounds like there’s a lot of effort that goes into my beer before it even gets to the brewery. What are the ‘basics’ of the hop production process?

Well, once you’ve got cones on your hop bines and they have matured, which happens from the 15th of August to the 20th of September in my country, you have to harvest them. To do that, we put a bine loader on the tractor and then the tractor picks up hop bines to the trailer. Bines are transported to our processing facility which is at the farm I live at. The bines get put in the hop picker, which separates the bines and leaves from the cones. Cones are then dried in a 3 drawer oast which dries them to the desired moister content level. After that, hops are put in bales. I take samples from every bale and send them to the Slovenian Institute of Hop Research and Brewing where they check them for leaf and seed content, alpha levels and essential oils. I have never seen our hops fail the test – if they do, you’re not allowed to sell your hops since they don’t meet quality standards. 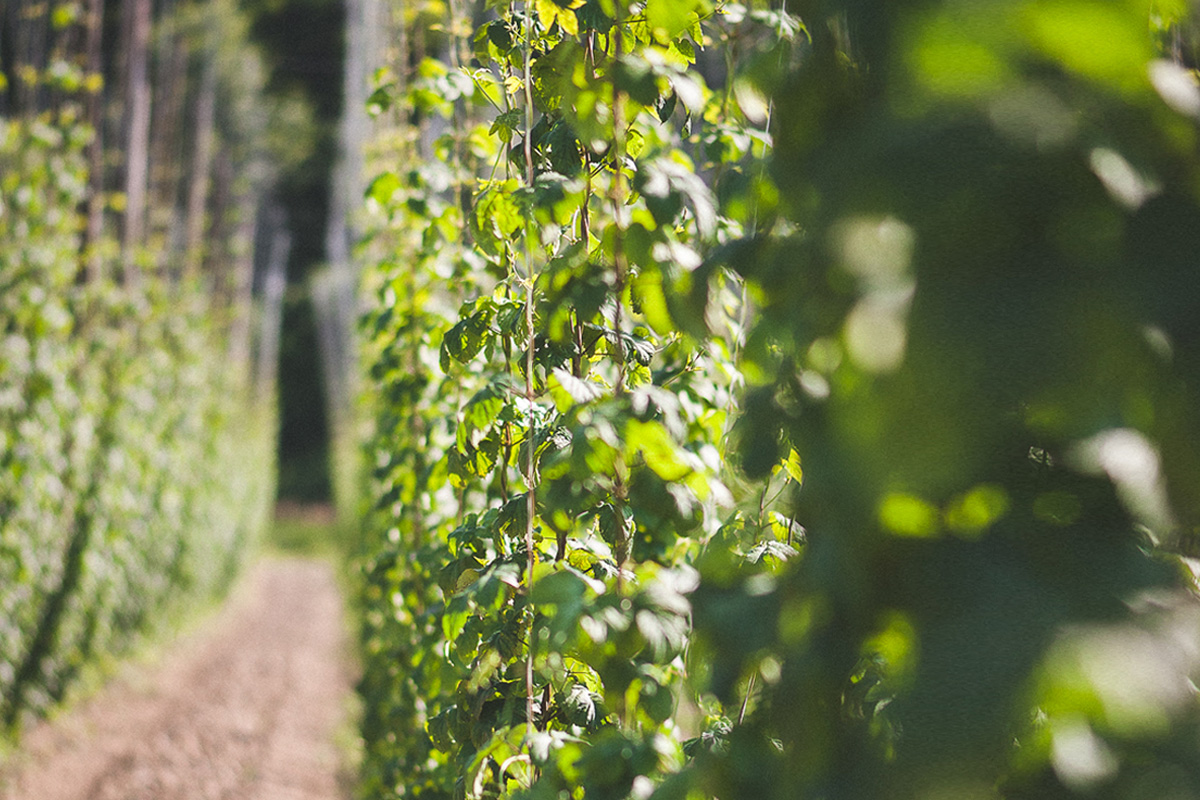 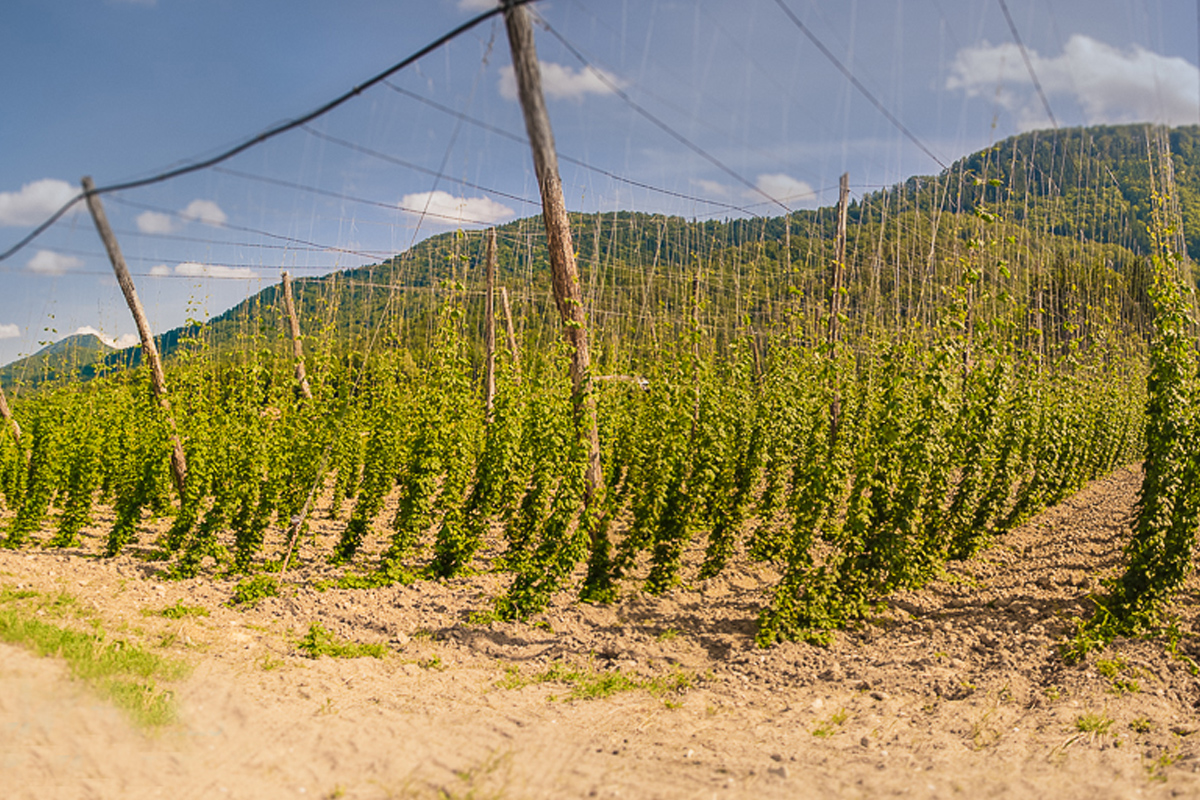 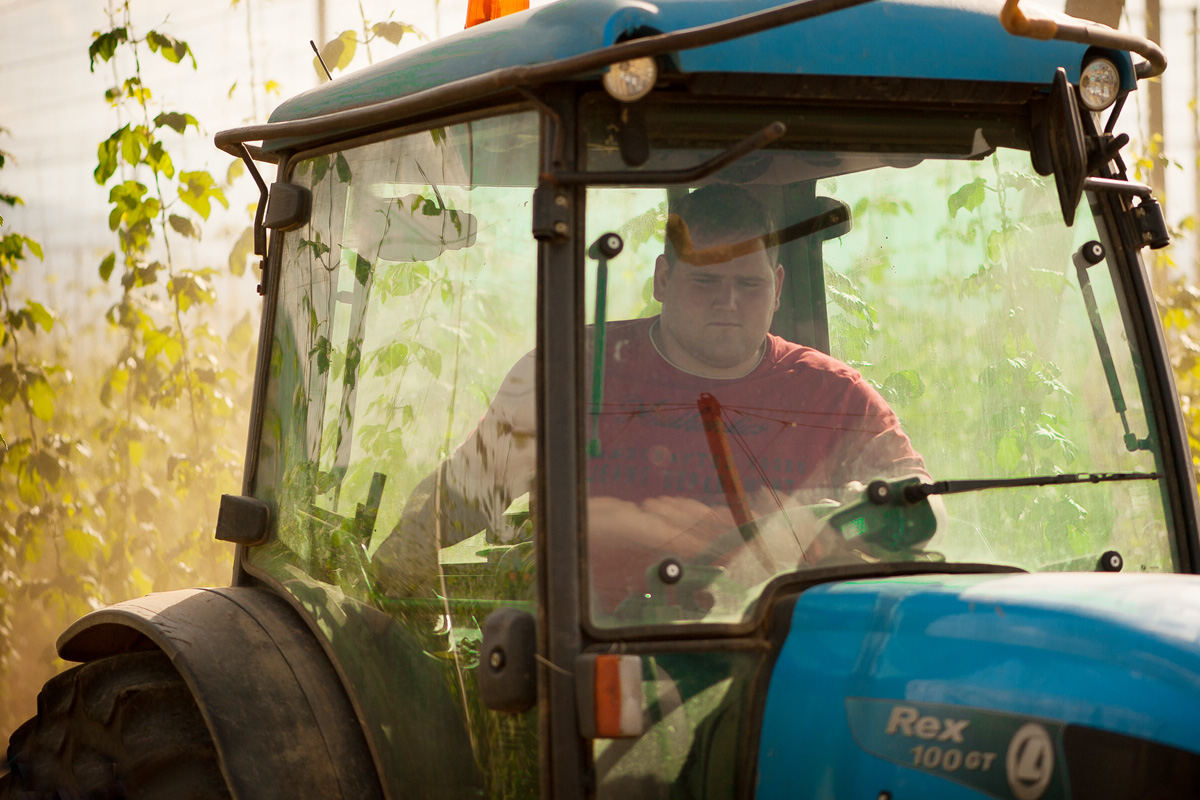 Where are the hops from the Rojnik Hop Farm distributed today?

I don’t know the exact breweries, because we have a broker. For countries, from what I’ve heard, it’s Brazil, China, Germany, England. But I don’t think the States quite yet. But we should be here by end of year.

I imagine your long-term goal is to increase distribution to the U.S.?

Oh yea, of course. Because we are hop growers, we are obviously ‘beer heads.’ What puts a bigger smile on a hop grower’s face than a beer that’s massively-hopped? There’s been a huge interest over here in that. Our goal is to increase our distribution to the United States.

You mentioned you’re working with Michigan’s Hop Head Farms. What’s your connection with them?

Hop Head Farms will be our distributor here. We will ship to them and from them, the hops will come in to the hands of the best brewers.

Have you learned anything new from being here?

Haha, of course. When I get back I’m starting a brewery!

The movement toward craft beer has truly become a global phenomenon. Are you seeing the same trends in Slovenia? What craft breweries are sitting in your family’s fridge back home right now?

The movement of craft beer has been pretty strong over the last year. I think a lot of people are switching over. We do get a couple of American craft beers like Sierra Nevada, Founders, Anderson Valley, and others. Not as much as I’d wished though. The traditional breweries make lagers, but these new breweries are making IPAs, pale ales, stouts, oatmeal stouts, smoked porters, sessions – stuff like that. All the stuff you see over here in America, but in Slovenia. We also get a lot of British and German beers.

Back home, I really like Bevog. Look them up, you’ll be impressed. It just opened last year, and it was rated #3 on ratebeer.com as the third best brewery. I believe they’re one of the best craft breweries in Europe. They’re making IPAs, pale ales, smoked porters, oatmeal stouts. Unfortunately, they don’t distribute to the US right now.

Are ya taking any beers back home?

Yea of course. I’ve got one suitcase just for beer! 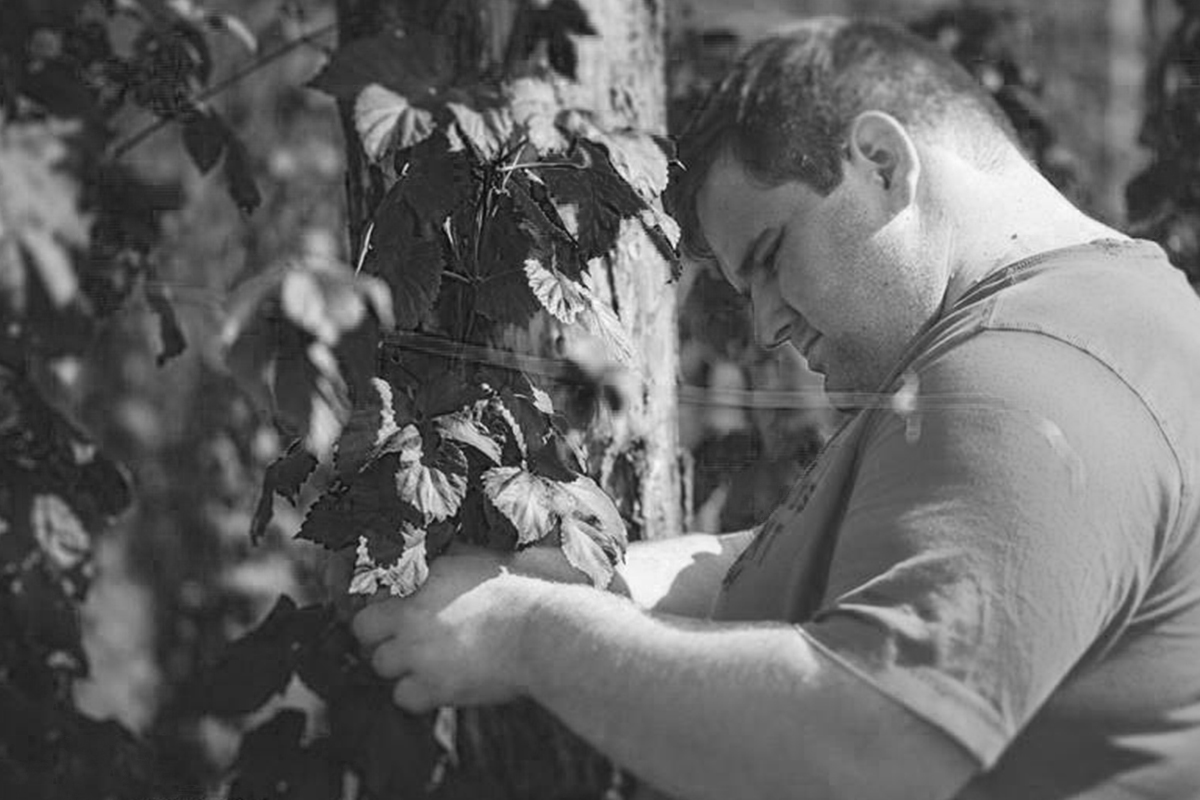 If you’d like to know more about Rojnik Hop Farm, or want to see some awesome photos of his family in action, check out their Facebook page. Finally, a huge thanks to Luka for stopping by Half Acre, sharing a pre-flight Daisy Cutter, and talking Slovenian hop growing. We hope to see him back in the Midwest – bag of Styrian hops in-hand – sometime very soon! 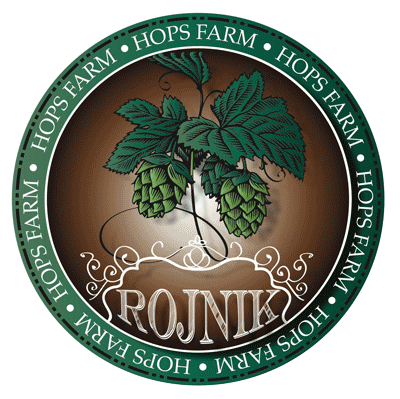