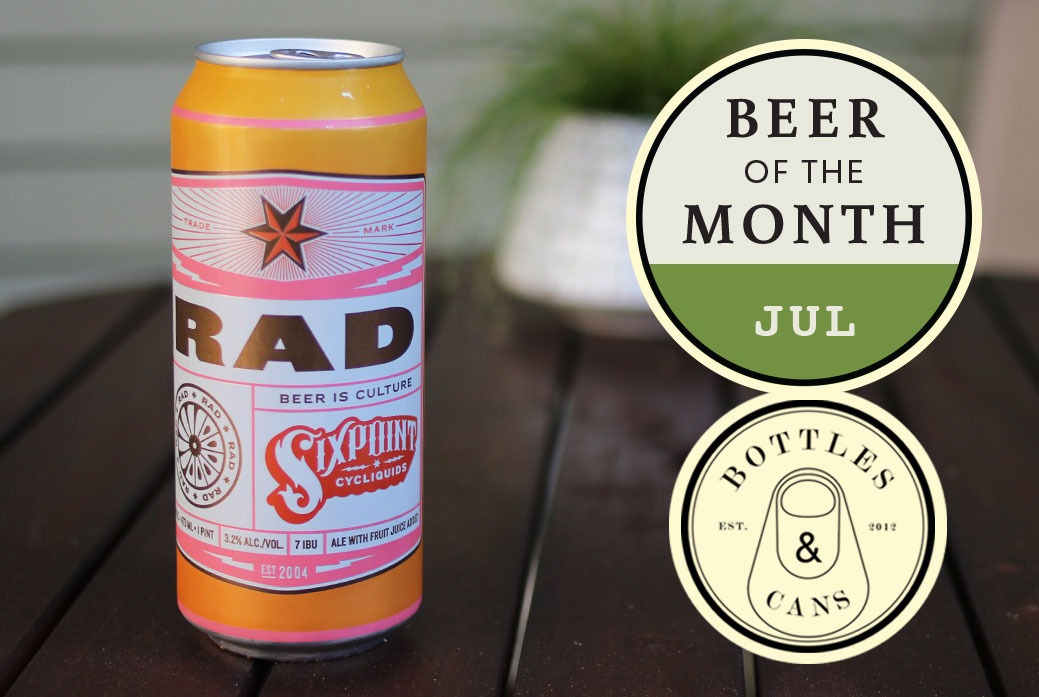 Each month, we share a beer that we think you oughta pick up. We’ll be working with a local establishment to find a beer that’s seasonably appropriate, accessible, affordable, and might impress your friends.

For July, The Hop Review’s BOTM is Sixpoint Brewery’s RAD, brought to you by Bottles & Cans in Chicago’s Northcenter.

Sixpoint has been a Brooklyn, NY staple since 2004, but has only (somewhat) recently been playing a prominent role in beer coolers around Chicago. We’ve come to love their Crisp, Bengali and Resin brews. And now, they’ve jumped on the popular Radler train, and released their interpretation: “RAD.” When it’s 90+ out and you’re trying to seek shade in the beer garden, why wouldn’t ya like the beer/juice combo?

You can find our impressions below – but first, some specs…

You can pick up some RAD for yourself at Bottles & Cans (4109 N. Lincoln Ave.) in Northcenter. The small shop offers a huge collection of both local and import craft beer. Stop in for a recommendation from owners Joe and Carly and tell ’em we said hey!

I haven’t been one to jump on the Radler train of late and I’ll fully admit these aren’t usually my thing. But it’s hot out, and sometimes you’re just looking for a change of pace. So why not? Sixpoint’s take on this style hits you immediately with a strong grapefruit juice punch which is strikingly different to other Radlers I’ve tried. I’d highly recommend this for someone who claims they don’t like beer… my Mother for example. After pouring her a sample, her first impression was “I think I’d drink this for breakfast.” Take that for what it’s worth.

When I think of a Radler the first thing that comes to mind is sugar. They always seem to come off a little too sweet so I had my reservations about this beer. This one was obviously on the sweeter side but the huge amount of bitter grapefruit in here seemed to mellow the sweetness out. This would be perfect to sip on a hot summer day or you could use this as a base for a killer beer cocktail.

Radlers are gaining popularity, and (some) acceptance from the usual hop-heavy beer nerd. A nice break from other light bodied brews, I’ll never mind sitting down to one of these on a scorching patio. The RAD is almost overly grapefruit-y, and certainly more sweet than your usual. So I’d say limit yourself to one or two and share the others while you’re at the beach. Think: juicier (versus a fizzier version from say, Steigl). 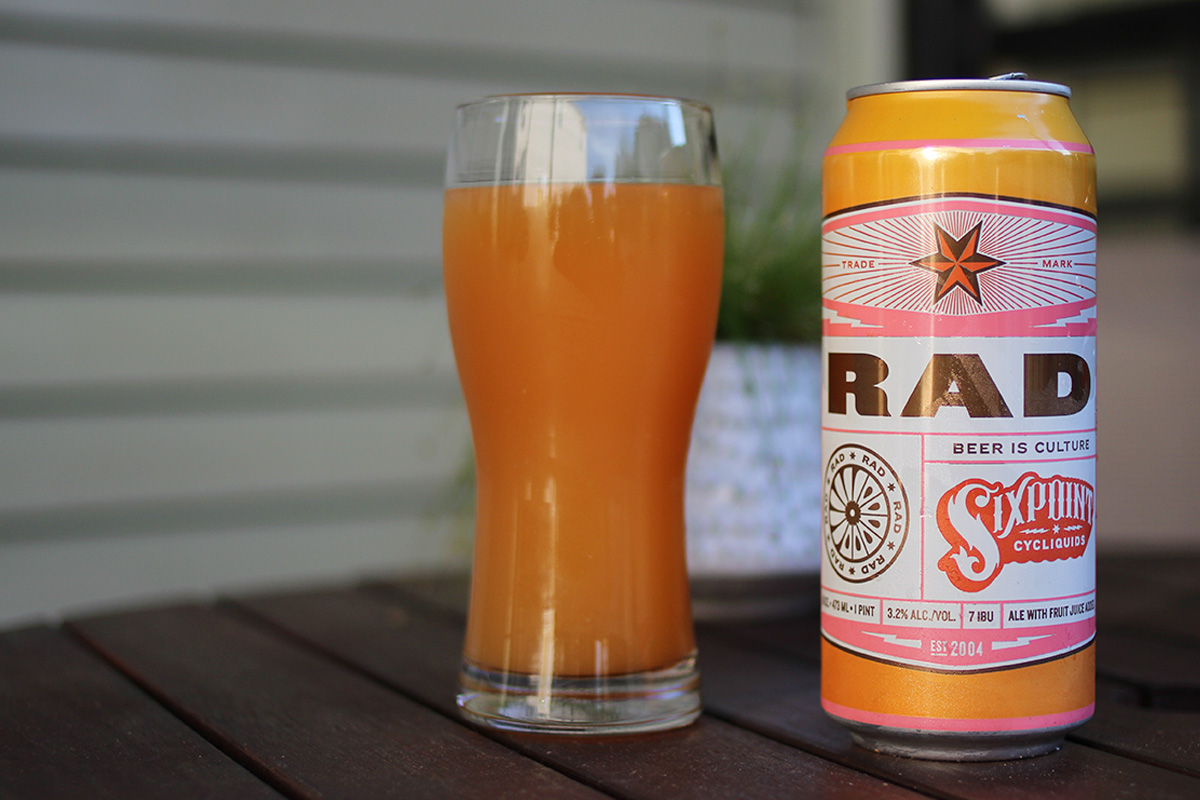 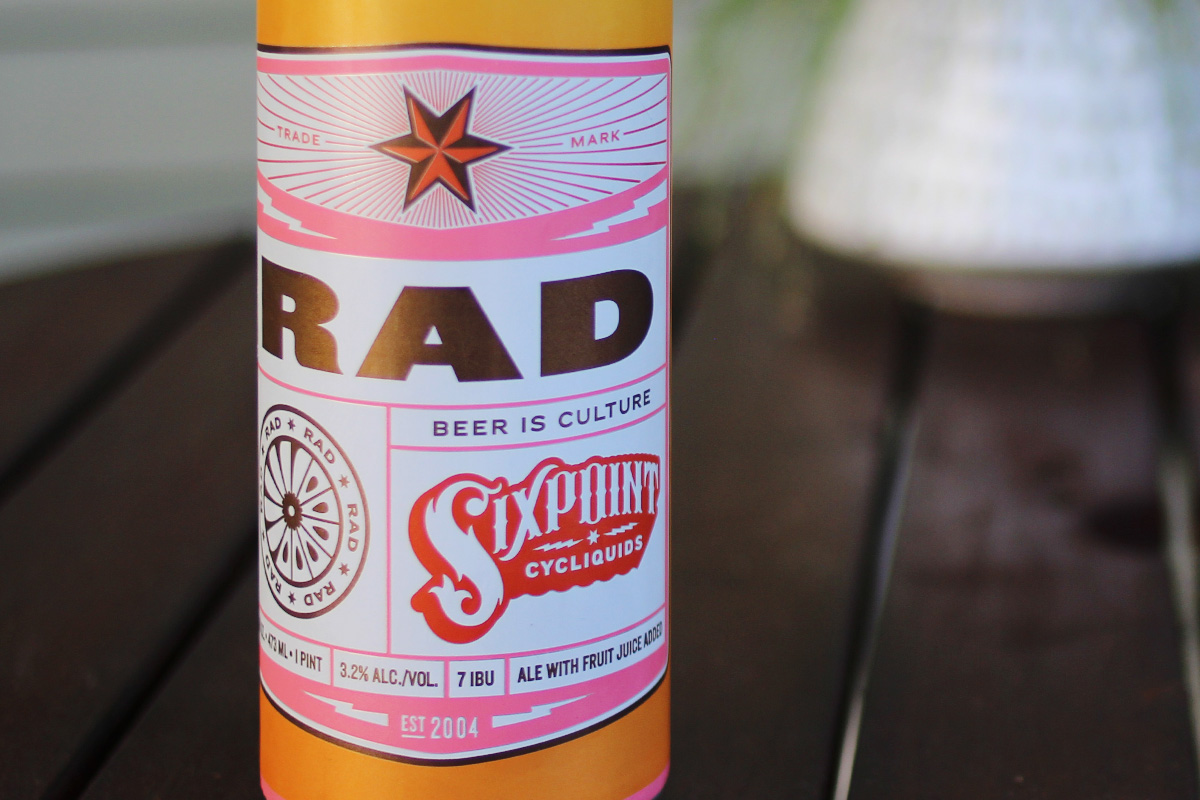