If you’ve been privy at all to the Chicagoland beer scene these last two years (which we have to assume ya have), it’s near certain you’re not only familiar with, but likely a fan of Solemn Oath. In just over 24 months, SOB has gone from their first batch to a nearly-double-in-size expansion to house their Belgian-inspired brewing operation. This move positions owner/founder John Barley and the team to increase capacity by 94%. Ninety-four percent. They are moving at lightning speed.

On a recent Thursday afternoon, we took the (unexpected) two-ish hour drive out to the brewery and taproom to talk to John and see the expanded space. We discussed how someone with no brewing background has created arguably one of the area’s most appreciated breweries, the importance of your brand and what it conveys, and just how SOB embraces it’s gritty ‘just get it done’ attitude. 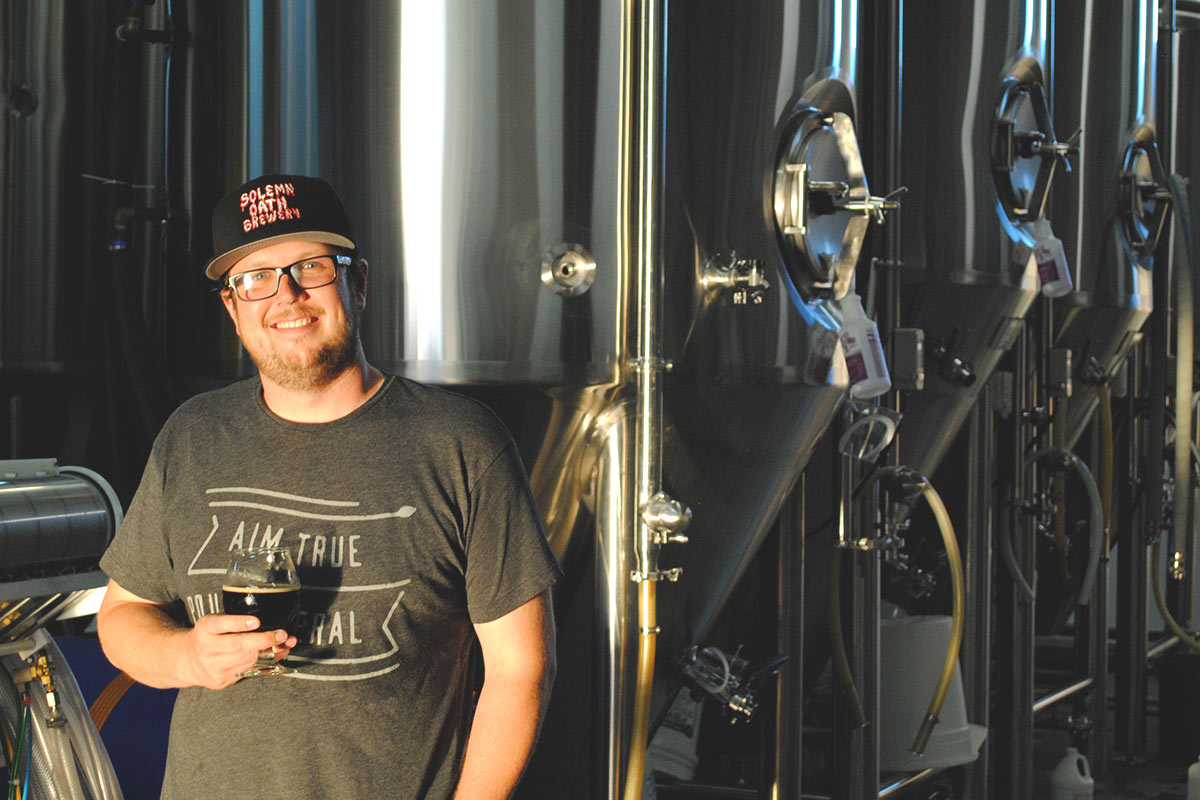 Can you give a little background about yourself – your beer industry background, and how you ended up starting Solemn Oath?

In 2001, I came to Chicago to attend DePaul University. At that time, my parents had moved to Brussels, Belgium. Anytime we had a break in school, I would head overseas. It was in Europe where I really learned what beer could be, and where my passion was born. In August 2010, I visited Carlsbad, CA where my brother Joe – who is now a partner at Solemn Oath – was living. We went to about twelve different breweries that weekend. On the flight back, I started jotting down notes on what I’d do if I had the chance to run a brewery of my own.

By January 2011, I had the business plan locked down and we were fully funded. At that point, I was working as Director of Communications for a youth-focused non-profit. During my down time, I was searching for the right head brewer. I never viewed starting a brewery as an option or even a dream. It felt like something I had to do. And my passion for it – the culture and the product – has only grown.

It’s easy for us in the city to wonder, and be jealous, but – why Naperville?

I get this question a lot. When you’re a smaller brewery, I think you’re under the microscope more. The fact is, we consider ourselves a ‘Chicagoland’ brewery. We sell about 80% of our beer in the city and 50% of my nights are spent downtown.

When I think of some of my favorite breweries across the country – I think of Stone which is 30+ miles outside of San Diego; Russian River is 60+ miles away from San Francisco; and Allagash, which is on the outskirts of Portland, ME. My point is, all are outside the nearest municipality. The City of Naperville has been nothing but a supportive partner. Before Solemn Oath, it was a large municipality with an untapped market. So we’ve had a lot of opportunity and success there. For us, the location just works. We can be in the city in 40 minutes and at our distributors in 15. But most importantly, in Naperville, we have room to physically grow. That’s something our friends in the city are sometimes up against. 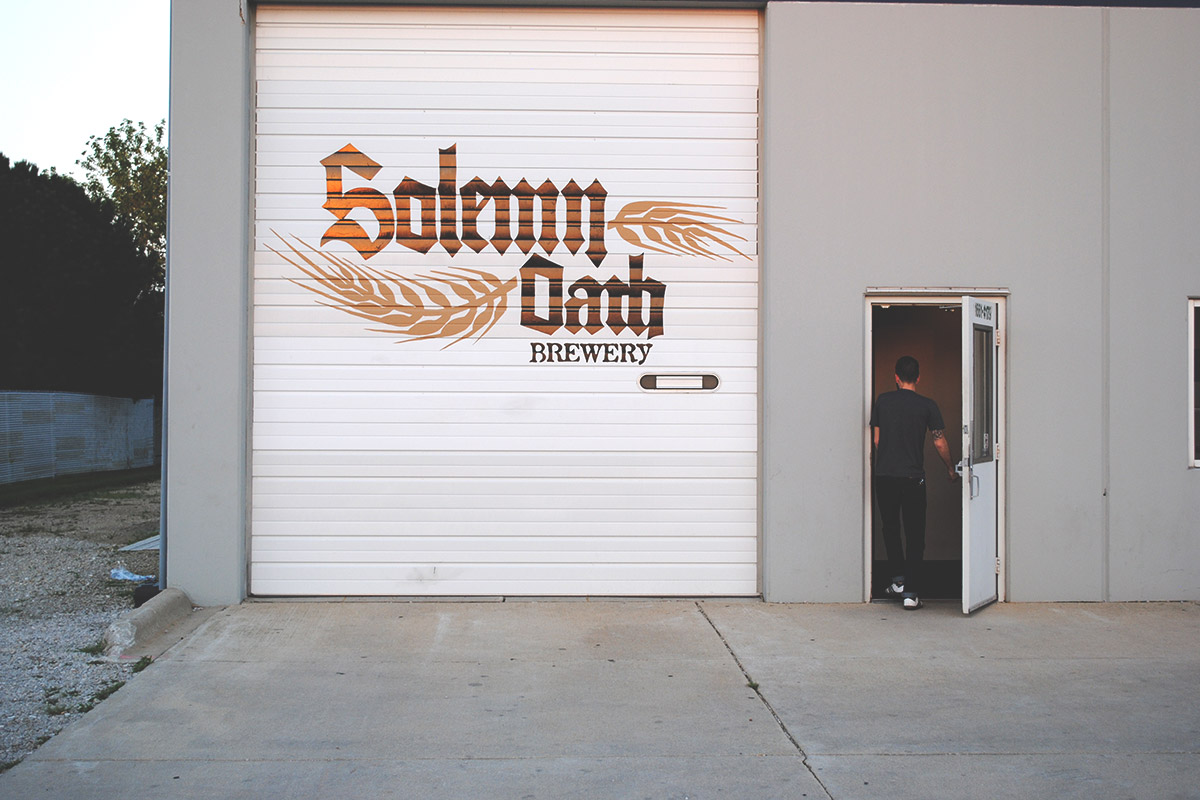 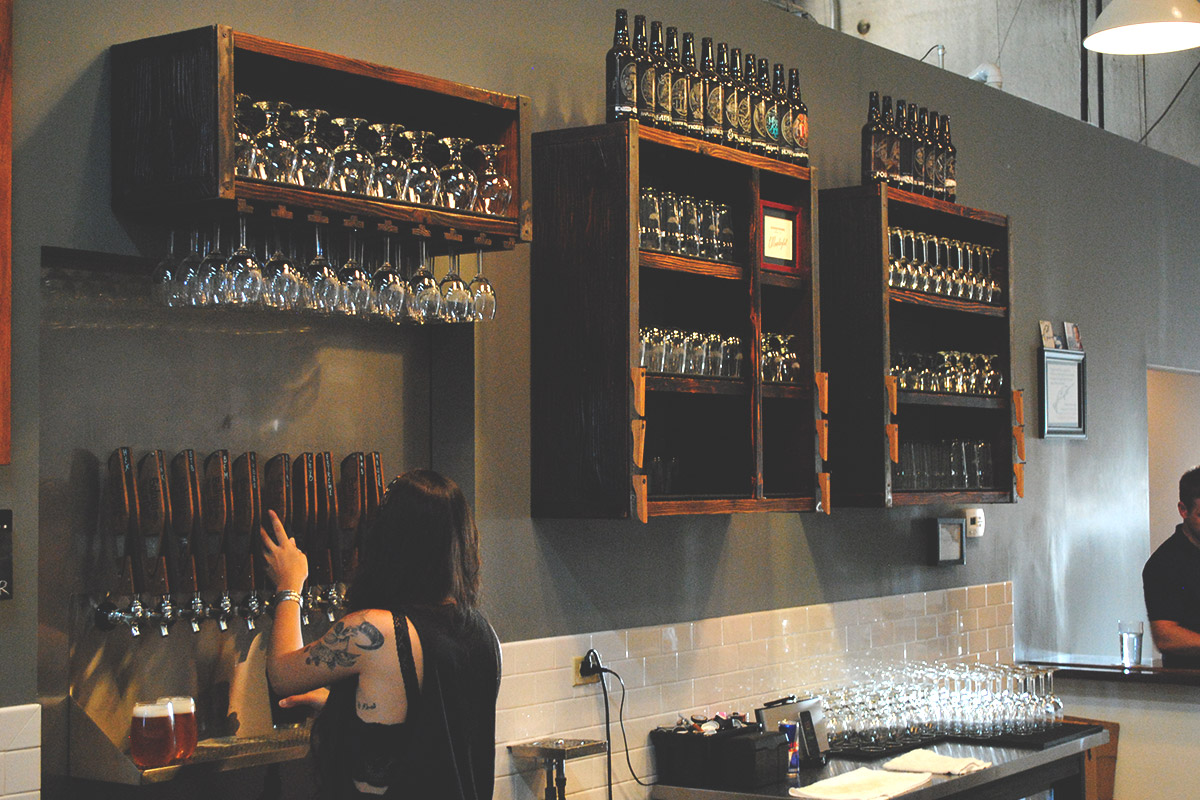 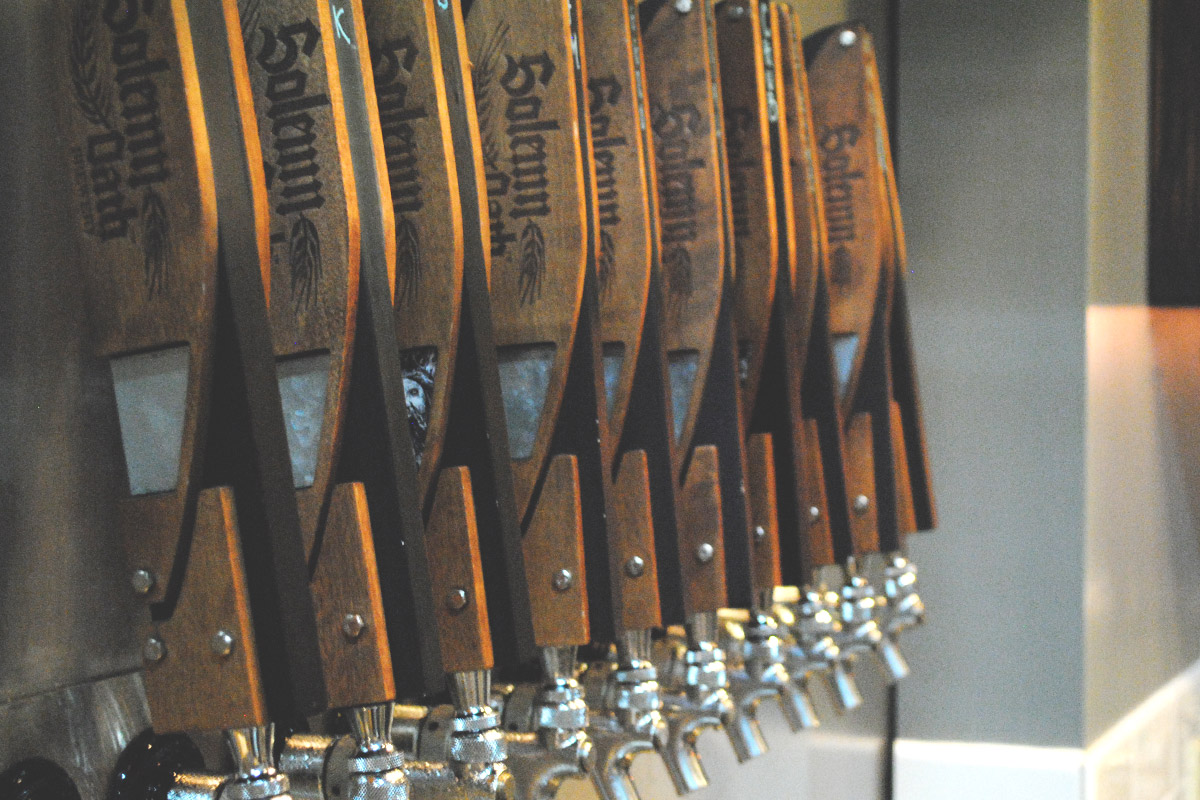 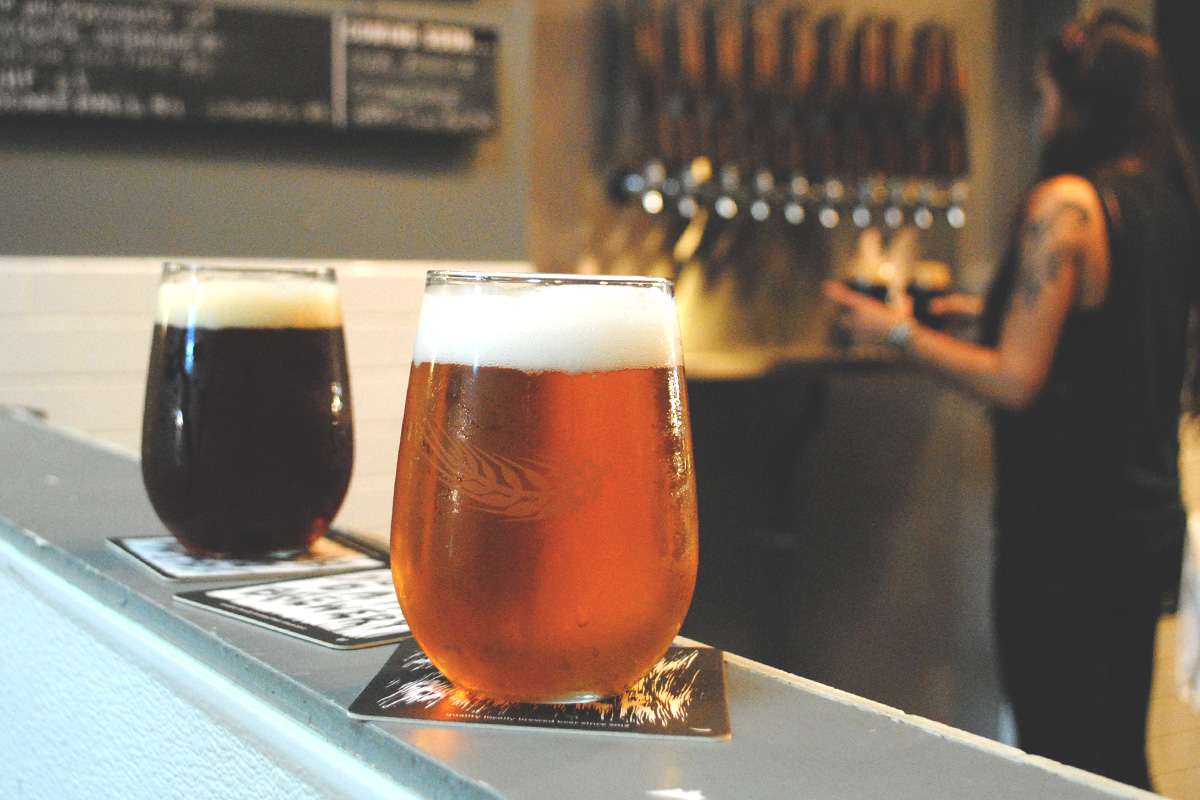 When you got started, you interviewed to fill your brewer position (Tim Marshall from Rock Bottom). What’s that process like, essentially trusting one guy to manage your brand?

Unlike many people who start their own brewery, I never homebrewed. The first batch of beer I was ever a part of making was when we fired up our system at Solemn Oath. I’m really into Belgian and wood-aged beers; both are among Tim’s many strengths. When I was looking for my head brewer, I had the opportunity to interview some really awesome candidates. But after my first meeting with Tim, I knew he was the right man for the job.

During my search, I used my good friends in the industry as sounding boards. They believed in – Tim and because I trust their opinion and my instincts, I did too. Truthfully, the first time I had his beers was the same time the public did, when we hit the market May of 2012. We never made a test batch. And, I never doubted the quality of the beer.  It’s important to have faith in the character and capabilities of the people around you. And let me tell you, Tim is a great guy who makes a fucking great beer.

On top of all that, you have one of the strongest beer brands, aesthetically, in all of Chicagoland. That’s no small feat. Did you have an idea of the brand’s direction, or have your creative connections helped guide that (Jourdon Gullett, Michael Kiser, Greta de Parry)?

We wanted a strong identity and we have a very clear vision for SOB. It’s really important to us. So, I set a direction. But, I expect whomever we work with to bring something of their own to the table. I don’t want anyone to just execute what is asked of them. I want them to create something they’re invested in and truly love. We work with some of the best talent out there: Jourdon (illustration), Michael (photography), Greta (industrial design), as you named, and many others to help create what you see, and ultimately, what you take away from SOB. From taproom furniture to beer labels to the photos on our website; it all comes together to create who we are. That’s really how a brand comes to life and becomes something even bigger than itself.

How have you gone from an idea to one of Chicago’s top players in such a short amount of time (two years)?

We’re doing well, but we have tons of things in the works and a lot we want to accomplish. I have a great deal of respect for what others have done before us. Guys like Jim and Jason Ebel with Two Brothers; Josh Deth at Revolution; Gabriel Magliaro and his team at Half Acre, and several others. I consider them the top players and I’ve had the great opportunity to know and learn from them. To answer your question in short, it’s a total fucking hustle. We’re out there; always pushing and at all levels – from beer to art to events. It doesn’t stop. This isn’t amateur hour. We’re here to play ball.

What are you most excited about with this nearly-double-in-space expansion?

The actual expansion is less important than in what it means for us in terms of growth. With the expansion of our infrastructure, we will be well-positioned to grow for at least a couple of years. Even though we are still under construction, I’m already working on the next phase for 2015. More tanks – bigger tanks – and the addition of a centrifuge. The business side of things is actually one of my favorite parts of the job.

With expansion, will we see a bigger SOB variety on Chicago shelves and/or more outside Chicagoland?

Not only will you see greater variety, you’ll also notice more stability. We’ll continue to pump out new one-off and seasonal drafts but when we roll out our cans. There will be more consistency than we’ve ever had before. It’s really the best of both worlds, for us and the consumer. 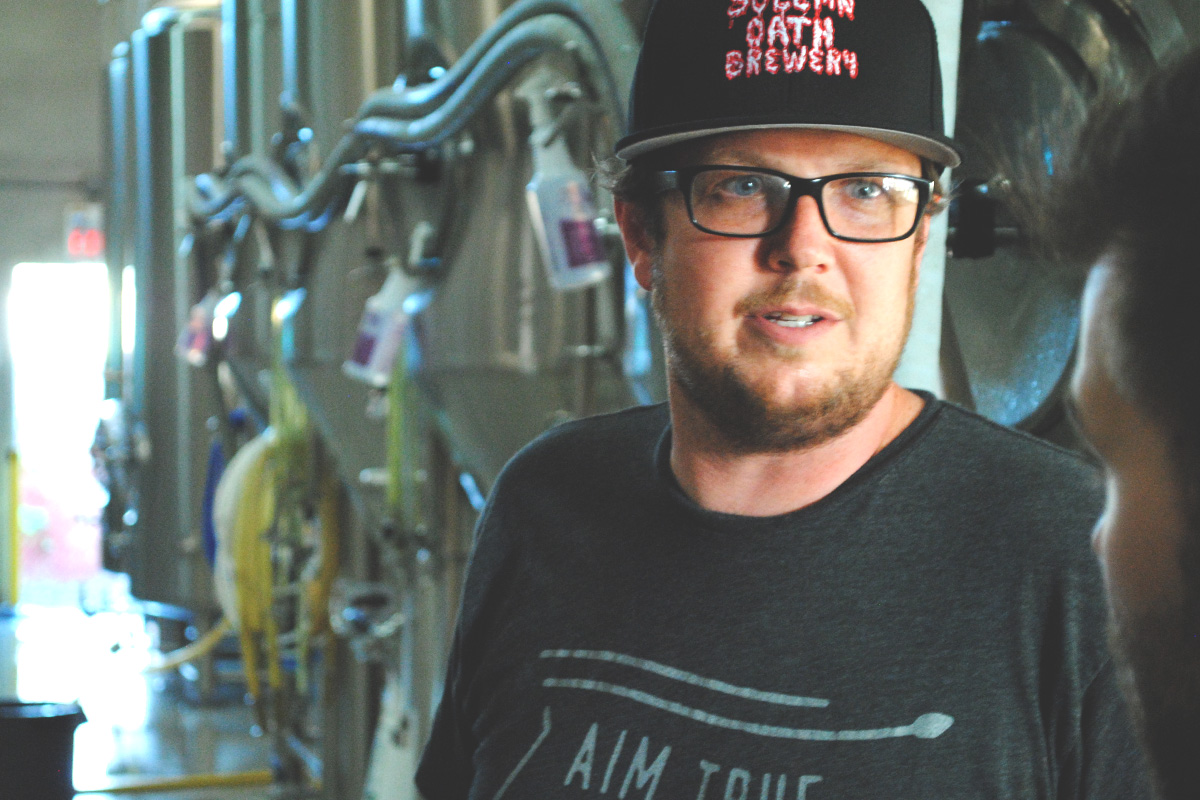 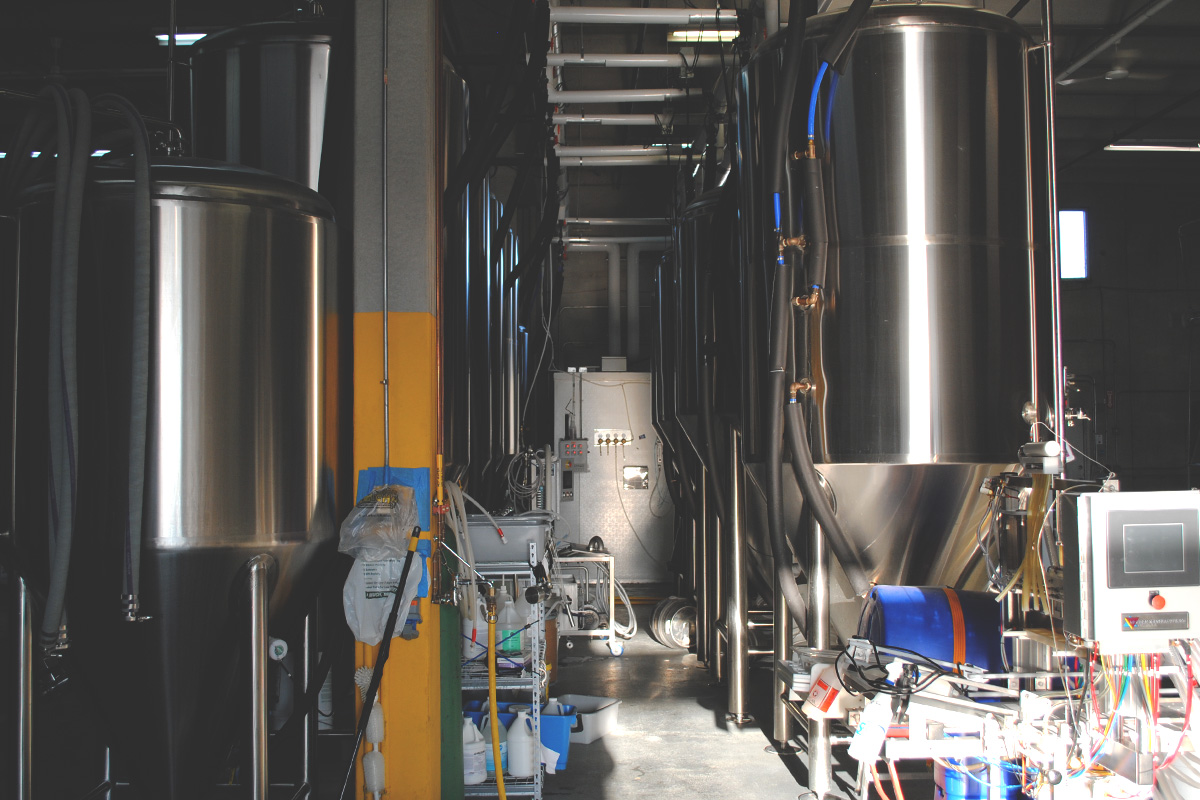 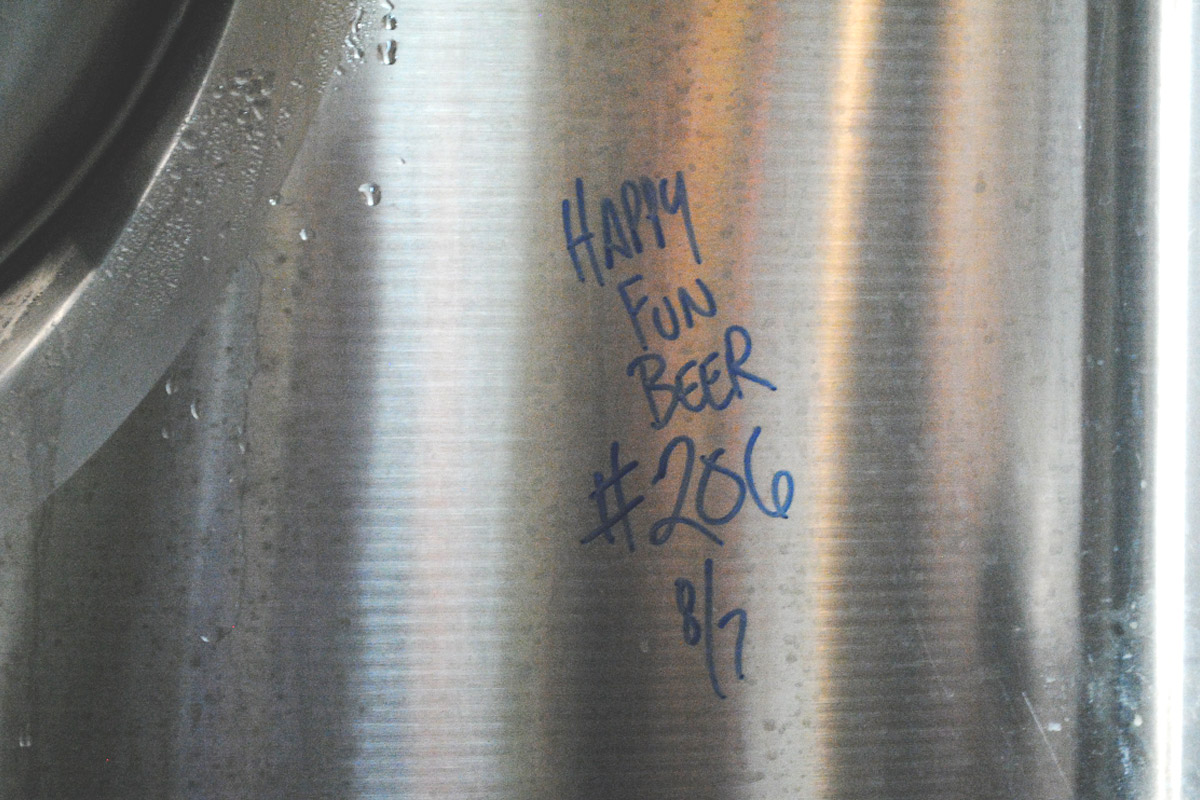 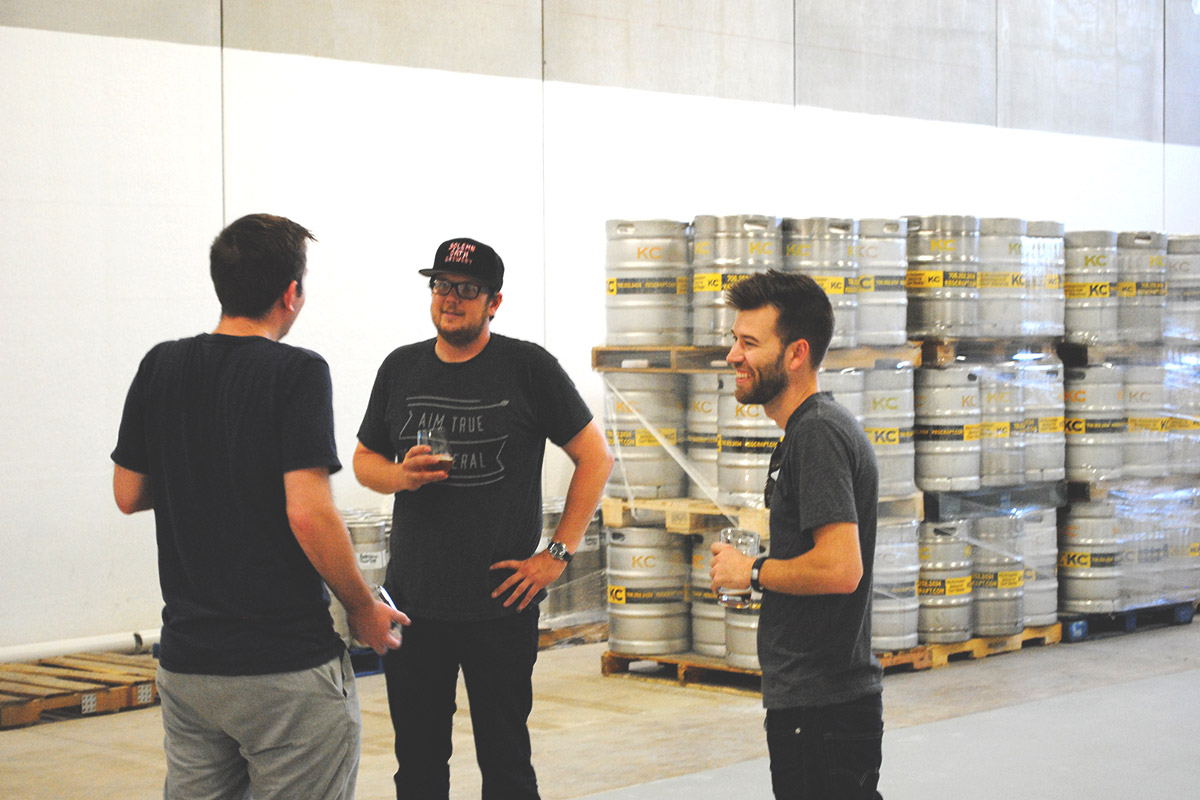 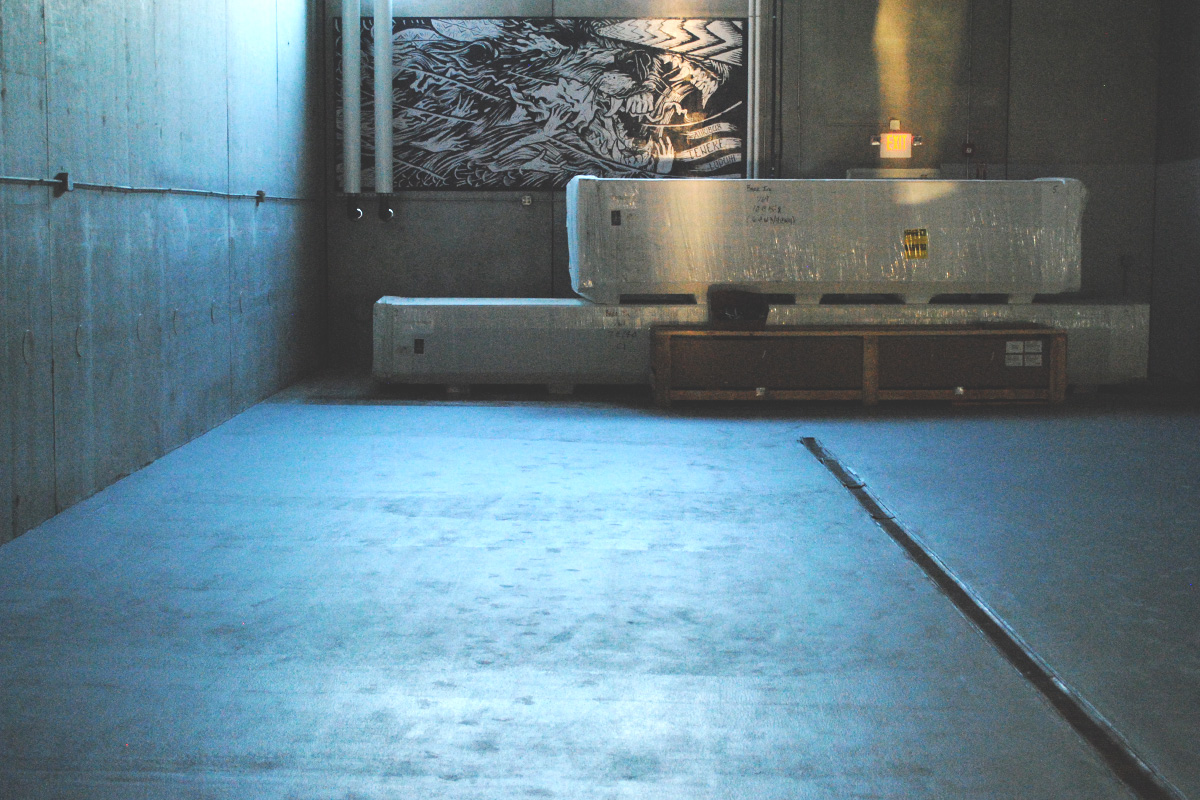 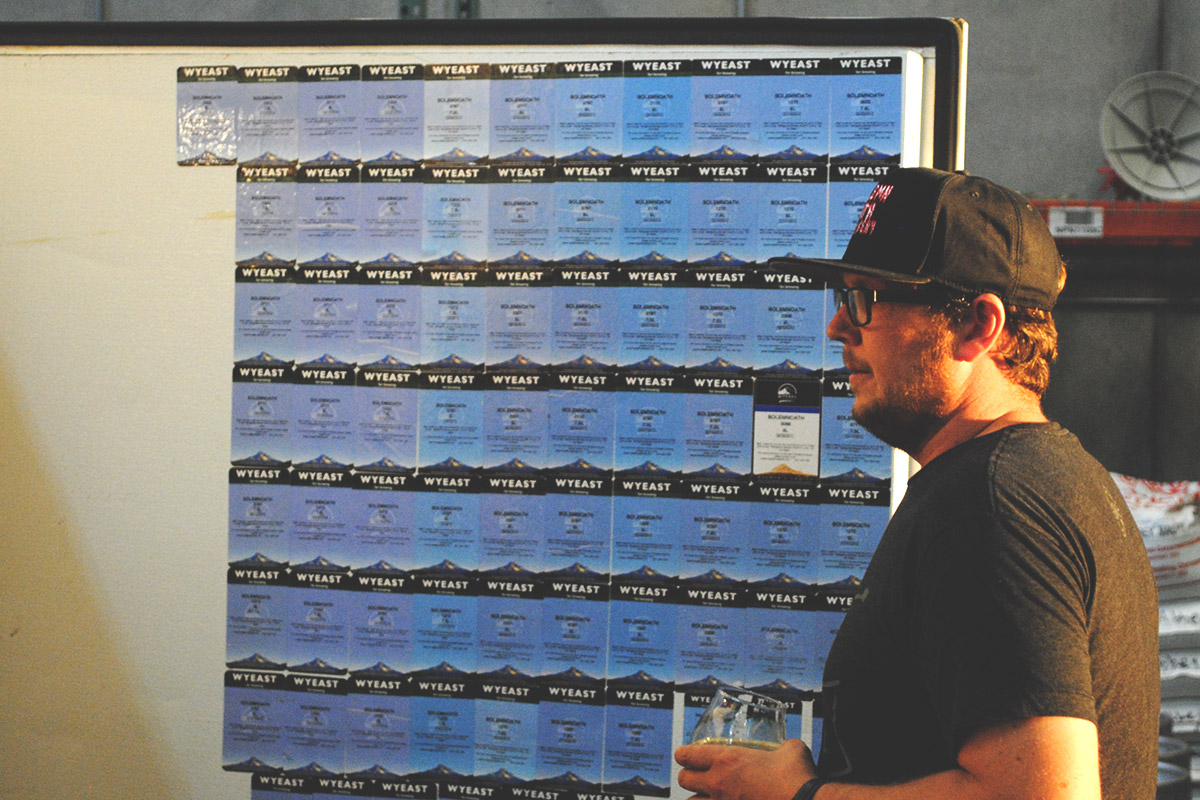 There is a big – and much welcomed – shift towards canning. Bombers are a great takeaway, but there’s just something about a cold can. What led you to join that wave?

Bombers are great and they’re a popular option, particularly with small breweries, because it’s so profitable. But we wanted to get into small format as fast as we felt financially comfortable. We like to hang and do cool shit like skating and biking – and we like to do it while enjoying a beer. We want it to move and we want it to always be fresh in your hand. So, cans are a natural fit. When we roll it out, we’ll offer six-packs of 12oz cans and we’re shooting for a price point of about $9.99. That will happen sometime this winter…

Any long-term plans for a Chicago taproom?

It’s been talked about and we looked at city locations pretty seriously for about a year. About six months ago, we decided to shelve the project until 2015. Right now, were focused on the expansion we’re currently doing and in getting the Naperville location to its best point. It’s about putting ourselves in a position where we can produce enough beer to accommodate both Naperville and a city location. Had we dove in too soon, we would have needed to take draft beer away from accounts that’ve been supporting us from day one. That’s not how we want to grow Solemn Oath.

It’ll happen, but only when the time is right.

How would you describe the Solemn Oath brewing style?

We do modern takes on classic styles. Sometimes it’s an adaptation of your standard lager or our interpretation of an American-hopped Belgian-inspired creation that would make traditionalists throw their hands in the air. Tim Marshall along with Paul Schneider, Matt Offerman and the rest of the beer team execute the unexpected. But what’s important is that our beer is always something that we’d want to drink.

You brew a lot of great beer, but none for very long. What’s the beer that you get the most requests to bring back?

Everyone has their favorite; it’s all about personal preference. At the end of the day, good beer is clean beer. It’s as simple as that. Great taste comes from a clean, well-made beer. You look at breweries like Three Floyd’s, Lost Abbey, Jester King and many others – everything they release is good, because it’s  always made right.

When you’re not drinking SOB beers, what’s in your glass?

That’s a tough question because I’m always trying something new. For beer, probably Allagash White, FFF Pride & Joy, Daisy Cutter, anything that comes out of Rev, and lately, a lot of Perennial. Those guys and gals are doing some great shit. Most times I’m out, they are for long hangs, you know? Having a drink at one place then moving on to another and then another. So for the first drink, I order what I want. Then, I look for low ABV options from breweries I like. I also drink wine, and on occasion, a Mike’s Hard Lemonade. There’s a time and place for everything. Don’t close yourself off.

Ya just expanded. What’s next for the Solemn Oath folks?…

We’re going to keep pushing it. Our focus will always be the beer – and helping to create an awesome atmosphere and culture to drink it in. It’s about the total experience.

We will also keep improving the business, in every area. Right now, Paul Schneider and I are redesigning a lot of the processes that keep SOB going. It’s not sexy. It’s not something our patrons or supporters are probably going to see. But, it’s one of the most important things we are doing. At SOB, we will always strive to be better than we were the day before. 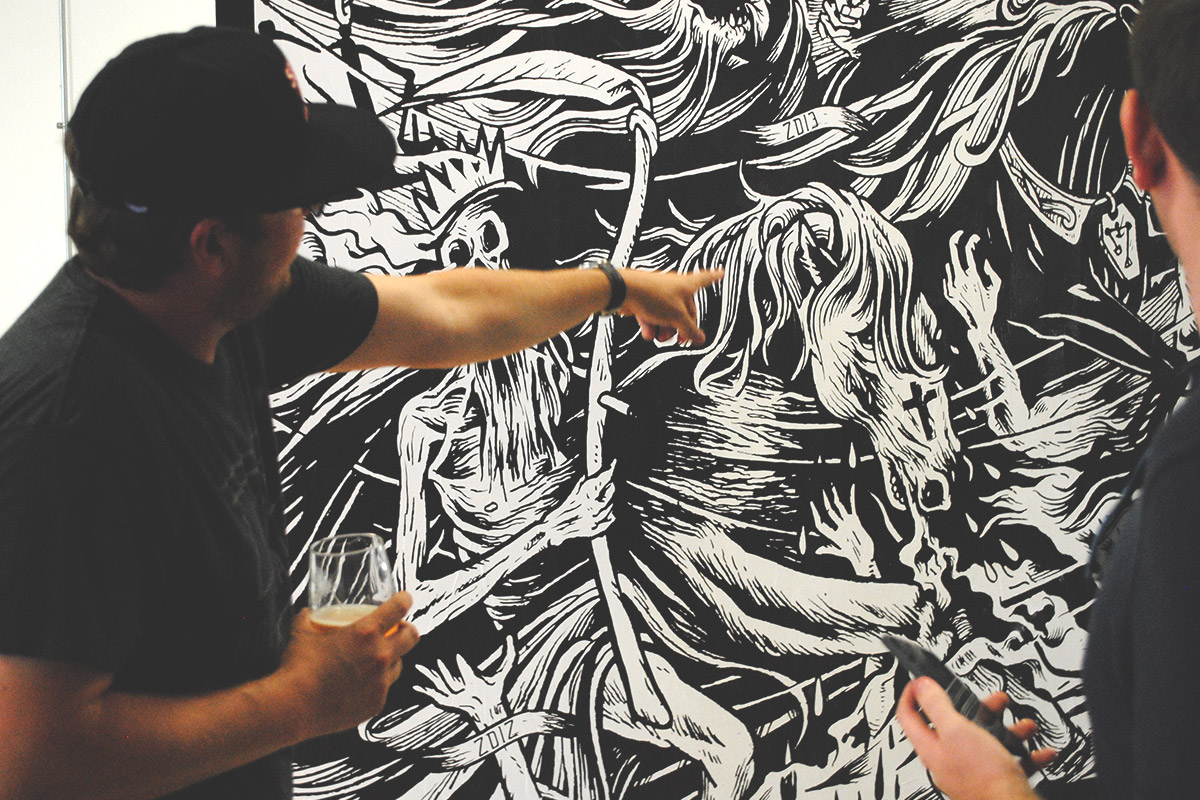 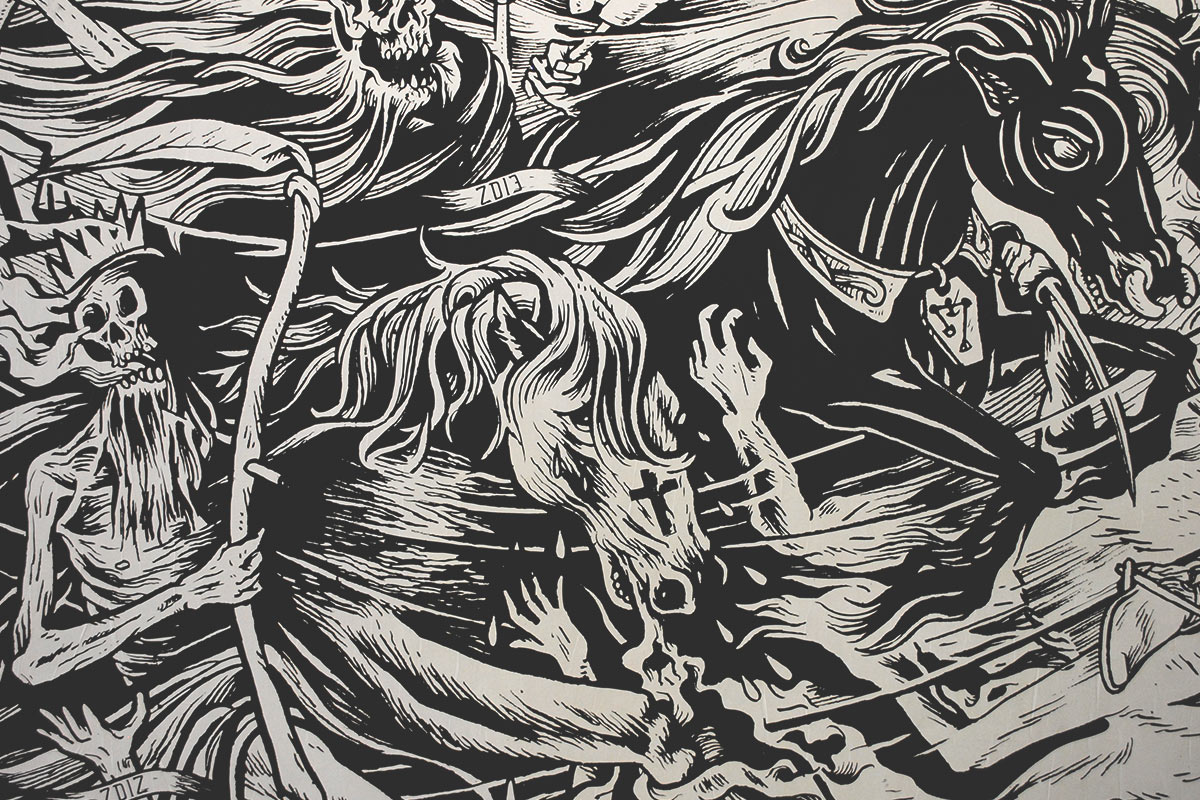 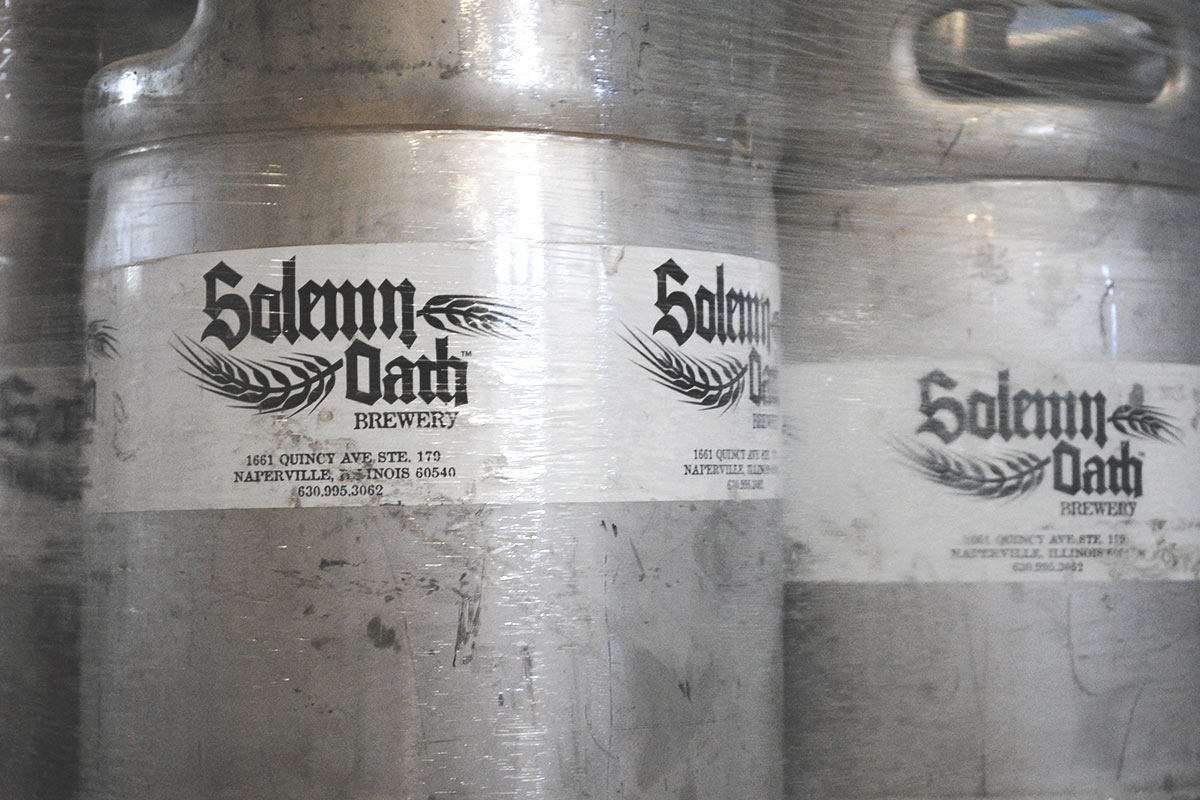 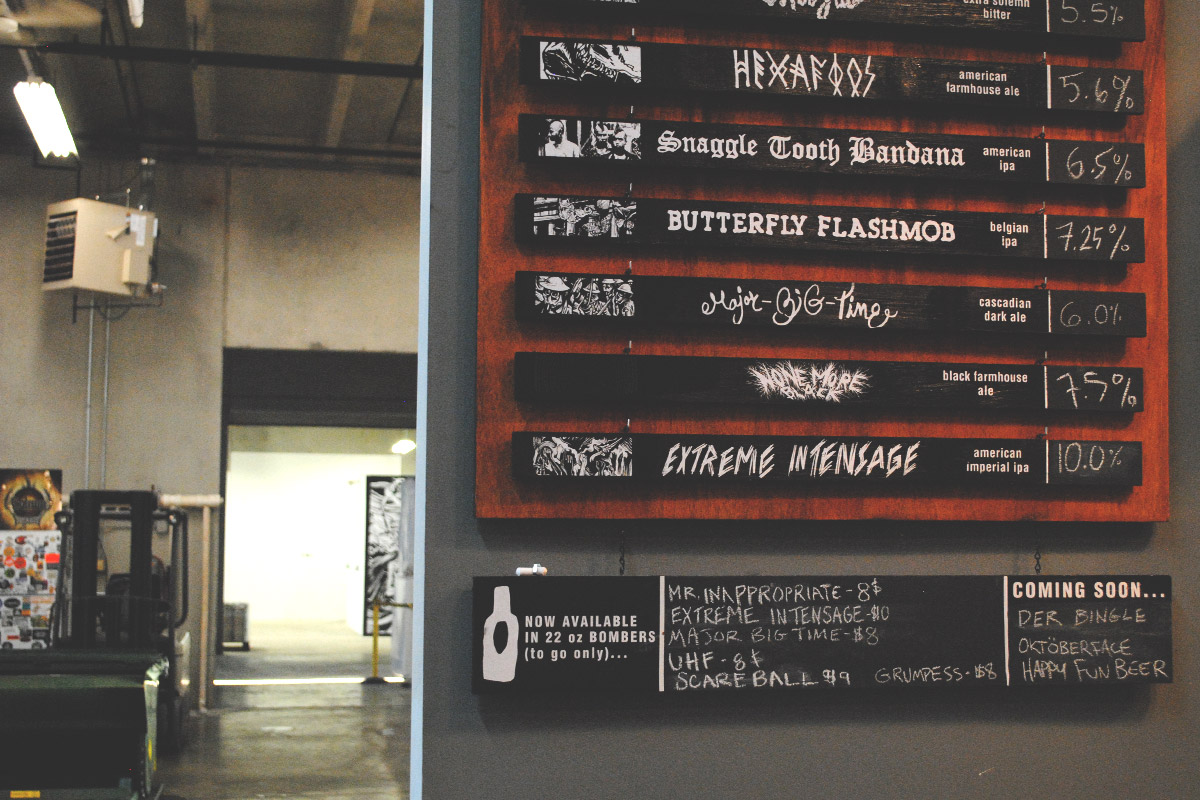 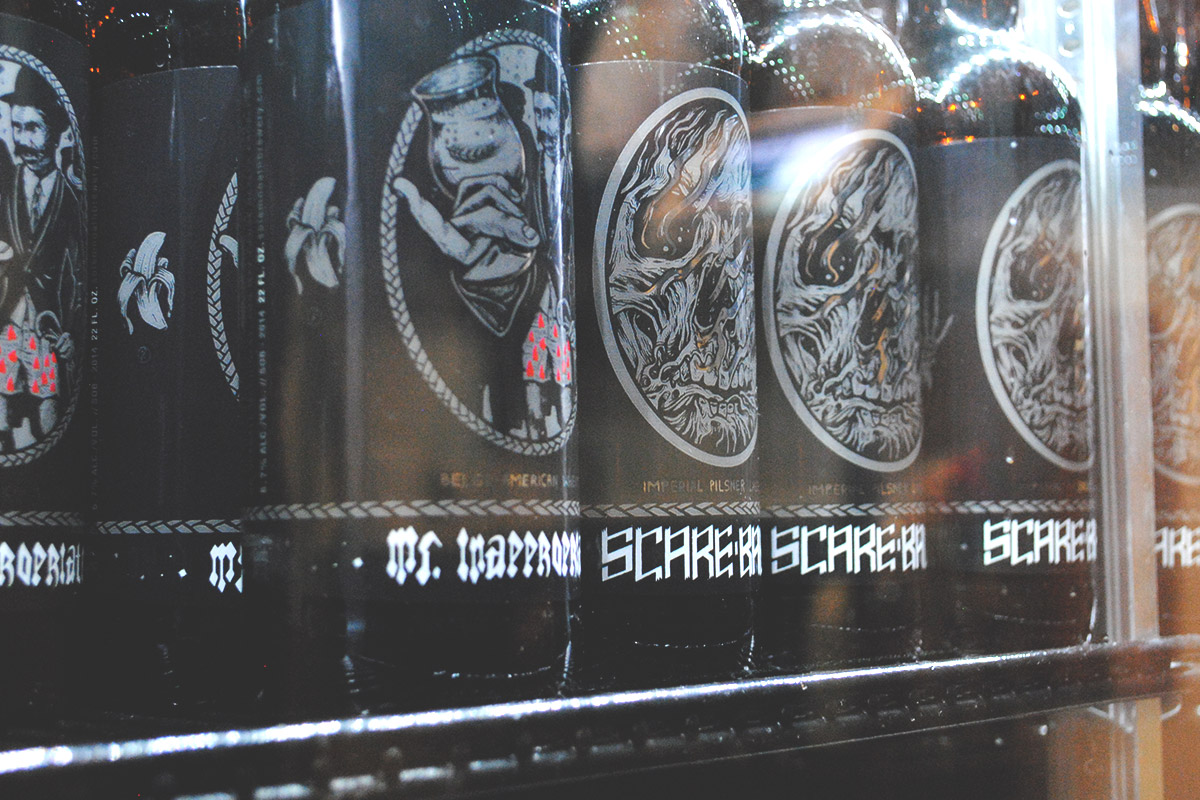 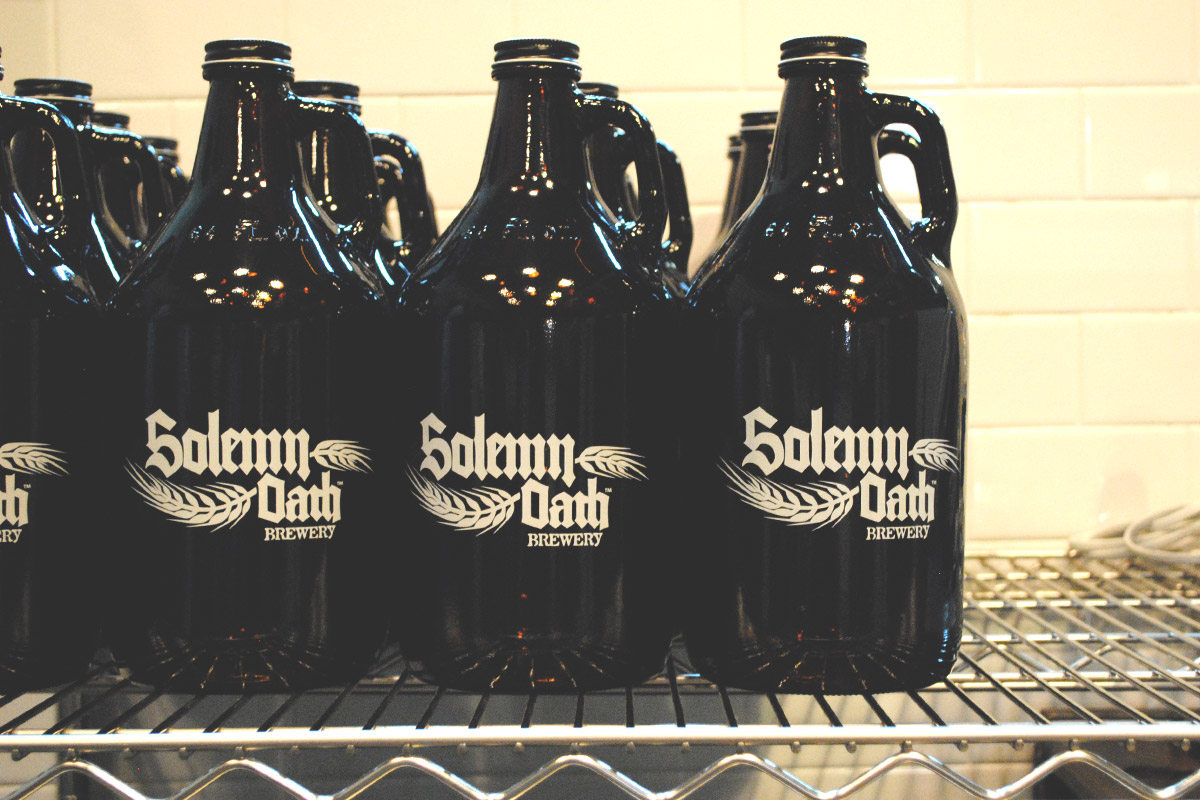 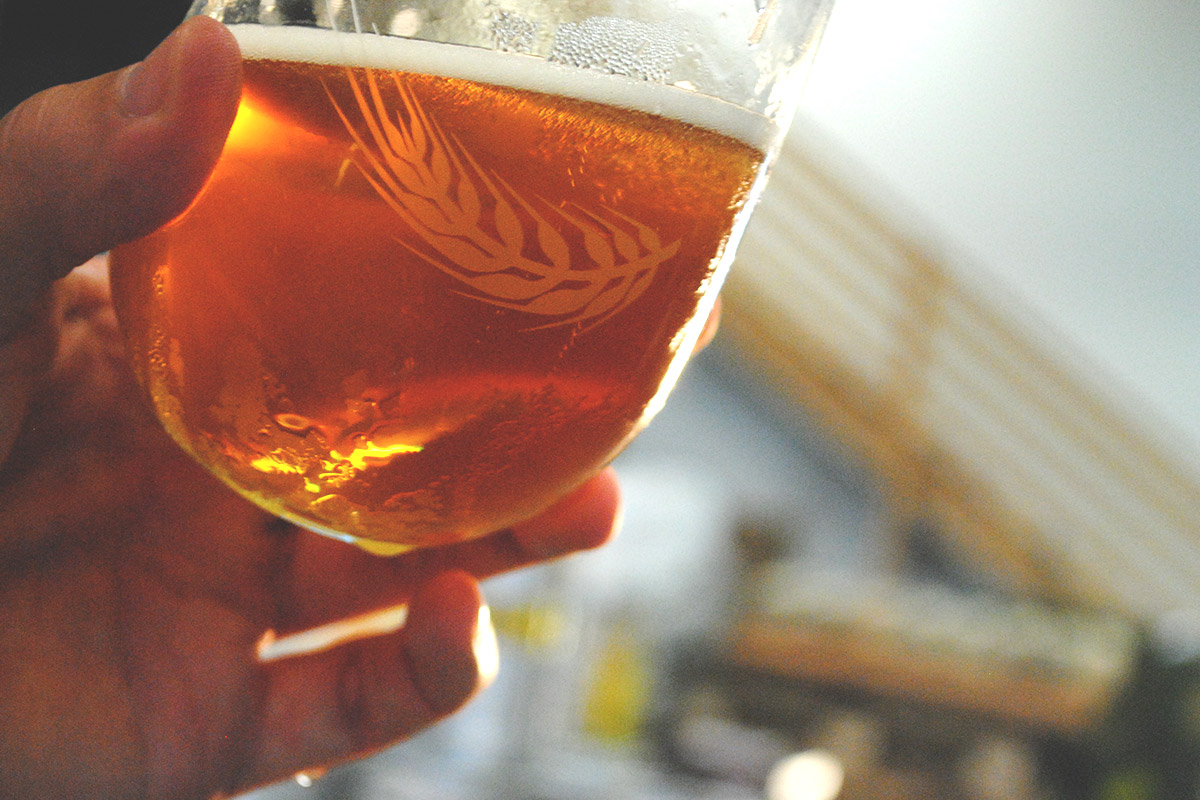 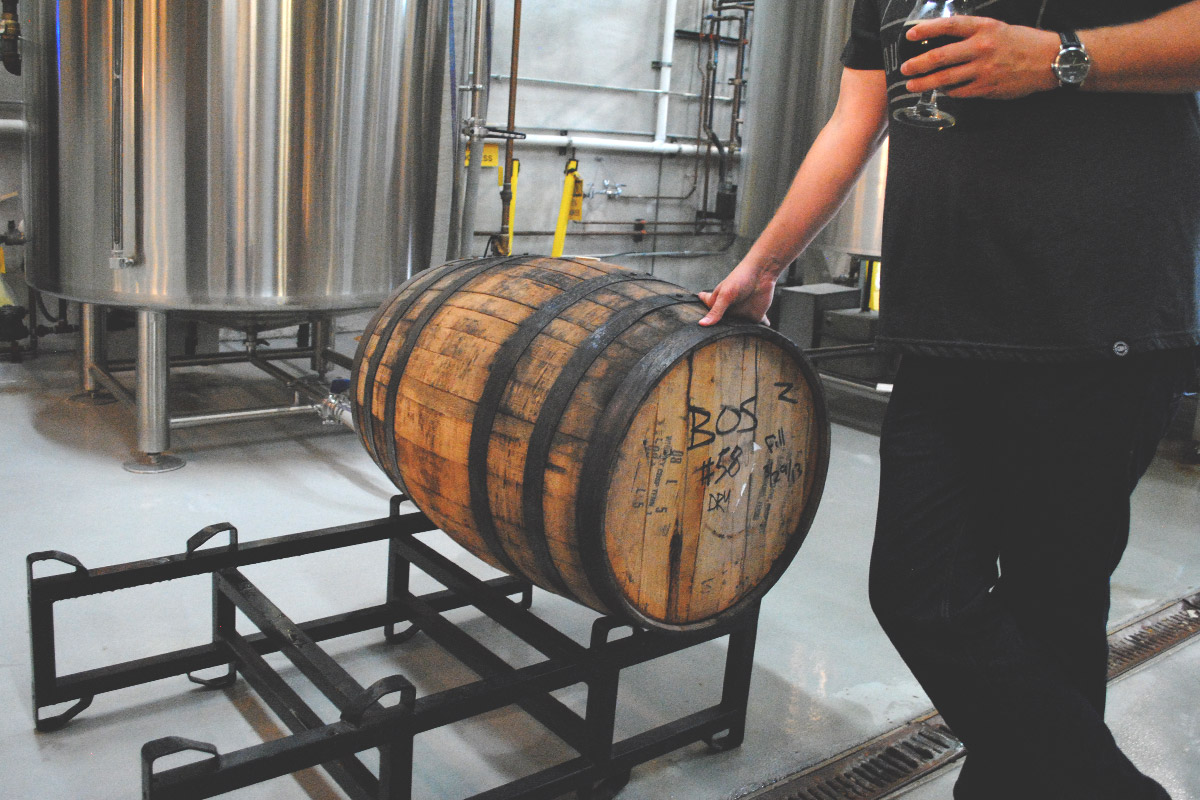 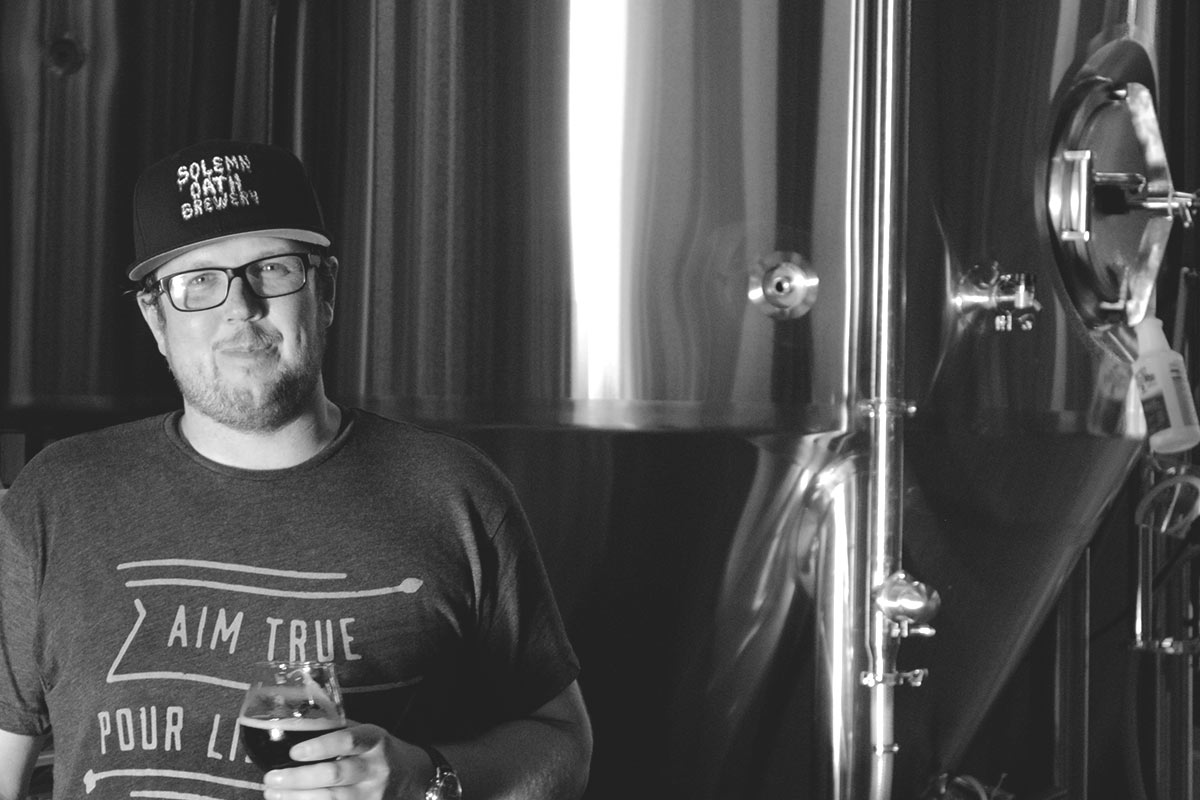 A big thanks to John and the folks at SOB for patiently waiting for us to come visit while we sat in traffic for two hours. These folks were incredibly hospitable, which doesn’t come unexpectedly. We couldn’t be more excited to watch one of our most-liked Chicagoland breweries grow. If you’d like stop in yourself, find your way westward from the city, towards Naperville to this little taproom tucked away on Quincy Ave. For more information, check out Solemn Oath Brewery on Facebook and Twitter.