The Chicago beer scene just got a little bigger thanks to new arrival 21st Amendment Brewery’s distribution. Since 2000, they’ve been pumping out award-winning beers from their San Francisco brewpub, located just a few blocks from AT&T Park. With a lineup that includes a session ale, black IPA, Baltic porter and–arguably their most famous beer–a watermelon wheat, there’s a little something for every beer drinker. And for the first time ever, Chicagoans will have easy access to their recognizable lineup of craft cans – thanks to their new Midwest distribution footprint that began April 1 here in the city.

We caught up with co-founder, Nico Freccia, in the beautiful tasting room at Binny’s Lincoln Park on Marcey St., while he was in town promoting the launch. We discussed the ’21A’ lineup, story, recent expansion, and most importantly what it means to finally become a part of the Chicago craft community. 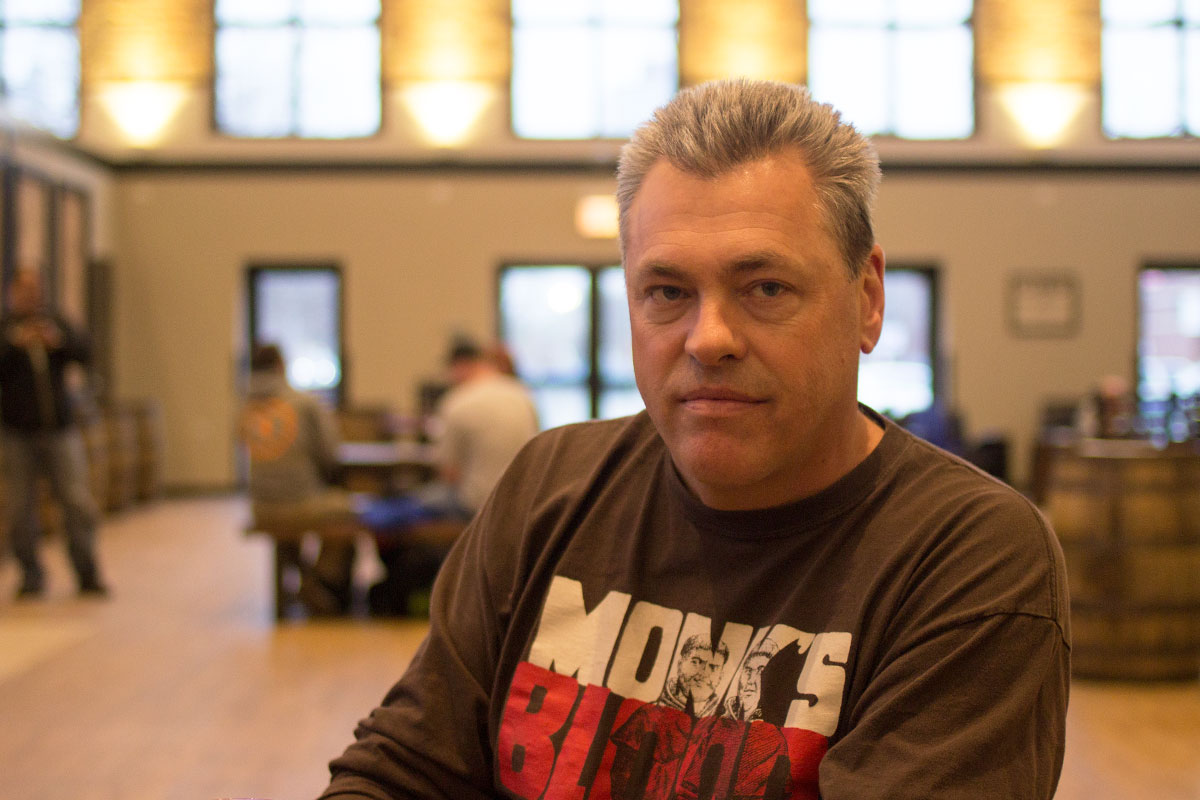 Thanks for sitting down with us, Nico. We’re all fans of your beer but we have to ask, what took so long before you entered the Chicago market?

Chicago has always been a huge place on our radar we just didn’t have enough beer. We haven’t been expanding our territory much because we wouldn’t be able to keep up with demand – we wanted to be able to do it right when we launched in Chicago. We’re just in the final stages of building out our brand new brewery in San Leandro, CA and that will have beer in its tanks May 1.

For me, this kind of brings it all home. I went to Northwestern so I went to college here. The first beer I had legally was in Skokie: a Hacker-Pschorr, since Evanston was a dry town. We’ve been wanting to be here for a long time, we just didn’t have enough beer. Two or three years ago we just stopped entering new markets, but with the new brewery we’ll be able to support that.

What excites you about the scene here in Chicago?

When I was in college here, there wasn’t much by way of craft beer, and Evanston was a dry town. I’ve been back many times since then, and just seeing some of the amazing beer bars and craft culture, it reminds me of San Francisco when I first moved there in the 90’s. I feel like Chicago has gone through a similar transition as San Francisco, just much faster. What took 15-20 years in San Francisco took maybe 5-10 years here. It’s really exciting.

Tell us about the new brewery expansion.

Yeah it’s in an old Kellogg’s factory. Great building. It’s on a campus that consists of two large buildings. We have room to expand and eventually we’ll have a restaurant in the front. Right now we have 80,000 bbl of capacity, but with the new space we can probably get up to 250-300k bbl. 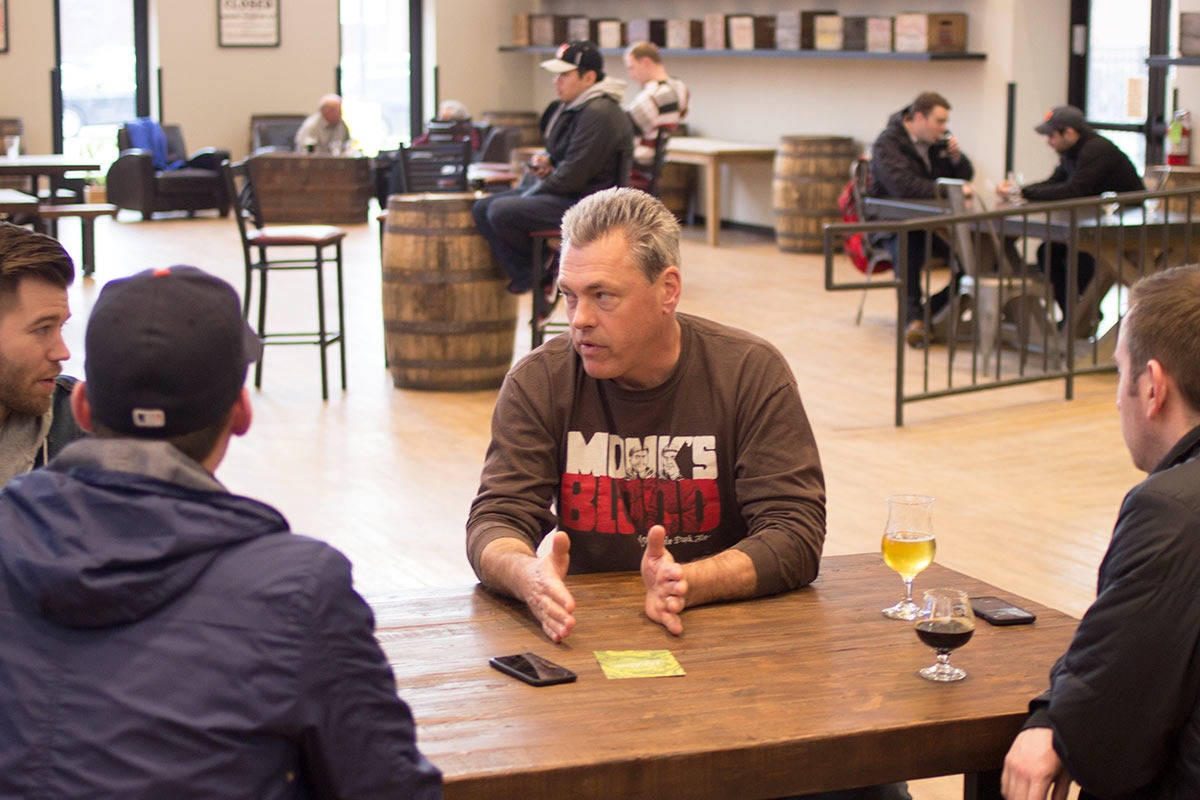 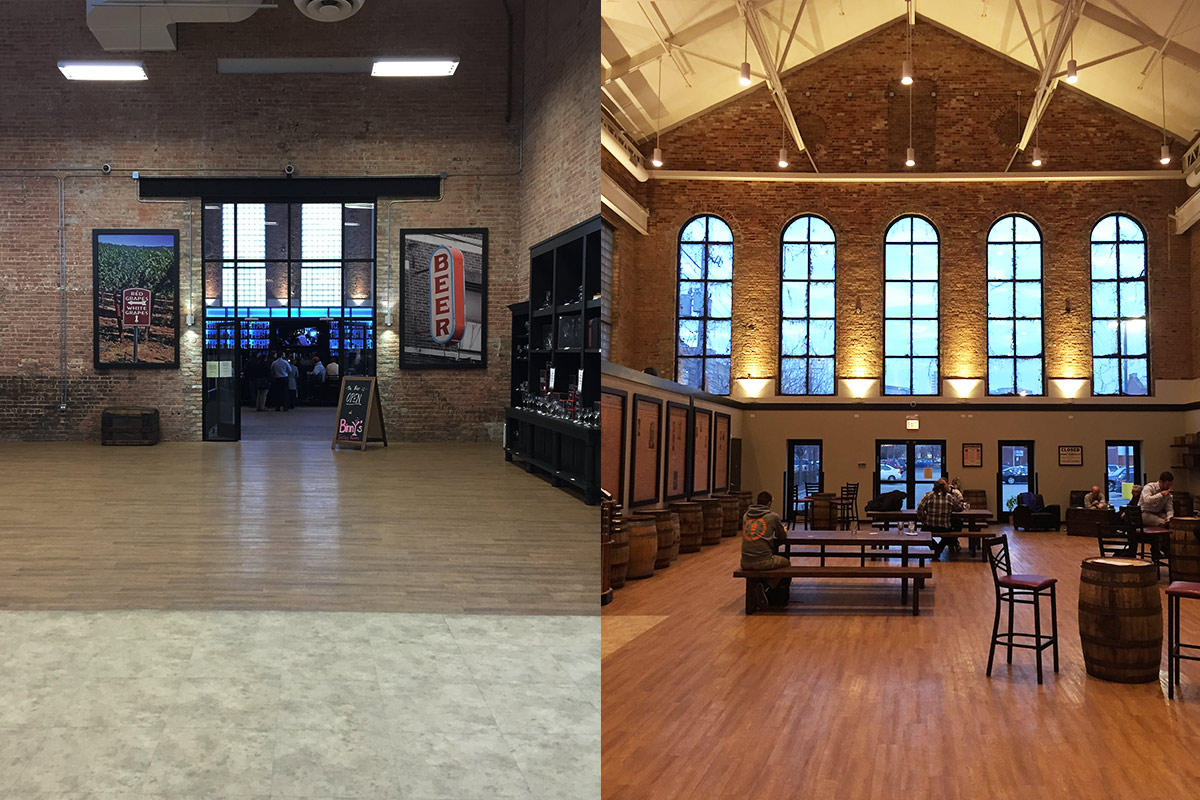 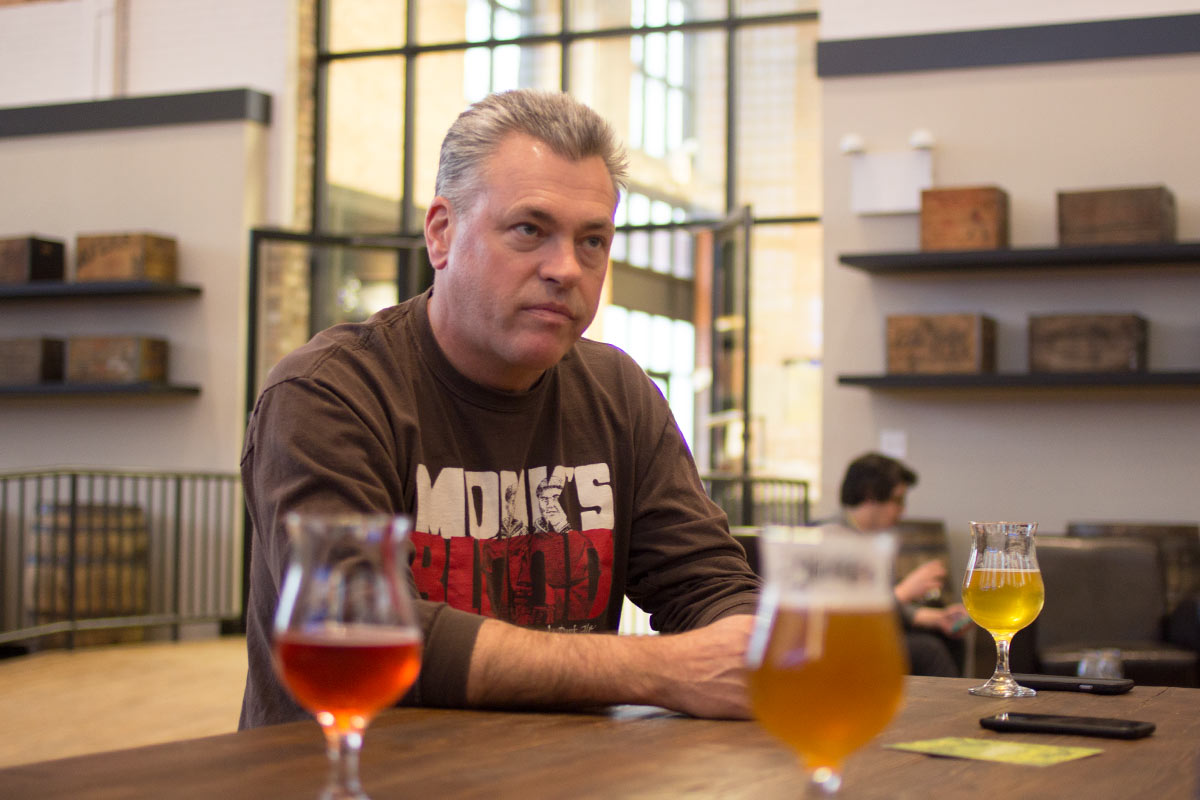 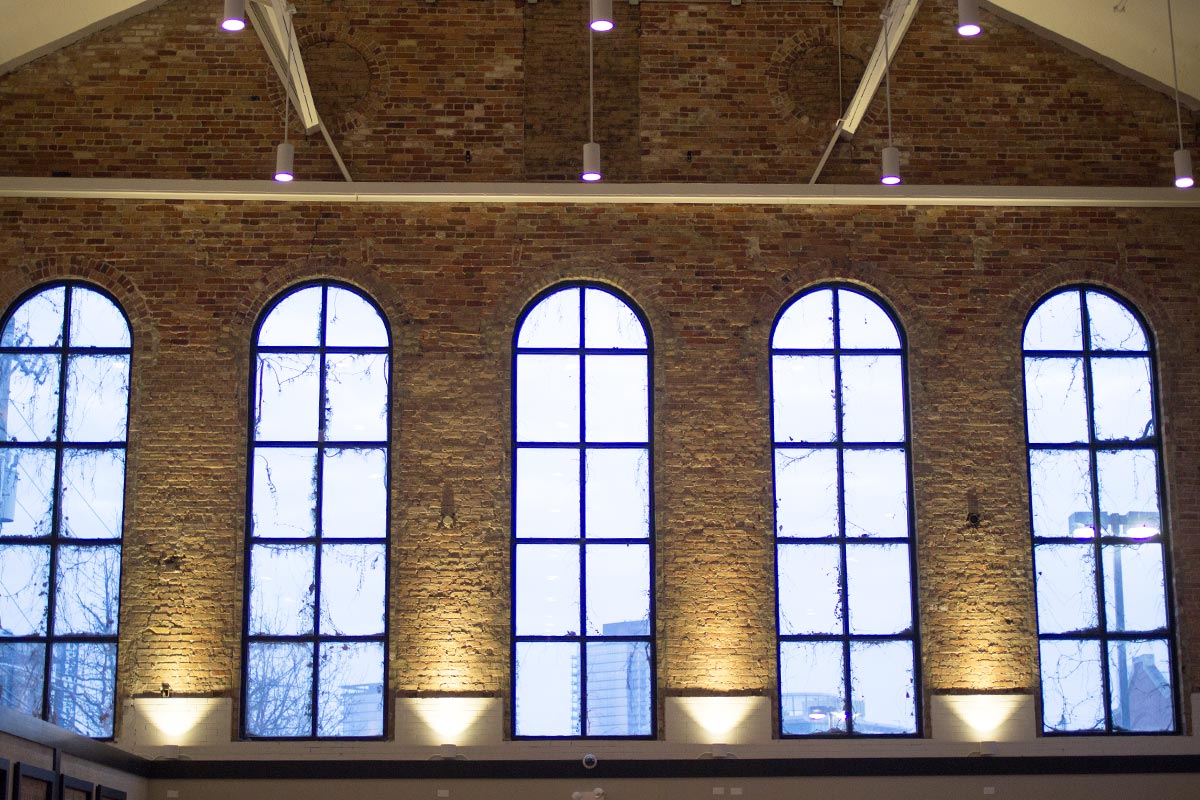 We’ve started seeing your beautifully designed cans around town. What was the decision to go with cans?

It was a no brainer. When we started looking at canning, it was late 2005 and [co-founder] Shaun [O’Sullivan] had come back from GABF and visiting Oskar Blues. We’d been talking about how we could grow the business without building another brewpub and he said, “I got it, we’re gonna take the beers we sell at the brewpub and sell them in cans.” I said, “That’s the stupidest fucking idea I’ve ever heard! Why would you do that?” Nobody on the West Coast was doing that. We started looking at all the reasons why it made sense. There’s no light and very little oxygen so the beer stays fresher. But then there’s the portability and recyclability and all that, too. The biggest clincher was the lifestyle. We have a lot of bike messengers here and on their weekend rides they’d bring 6-pack bottles that would break, were heavy, and then you have to schlep the whole empty thing back. The more we thought about it, the more we thought this really was a no brainer. We thought ‘everyone’s going to be doing this soon,’ so we might as well get on it. We saw this as our unique selling proposition.

We do the 6-pack box and we were the first to do so. Before that everyone was using the seagull killers. Talking about how environmentally friendly you are and then putting the plastic rings on your six pack is pretty hypocritical. The box is fully recyclable but it also gives us a lot more room to tell our story on the package. 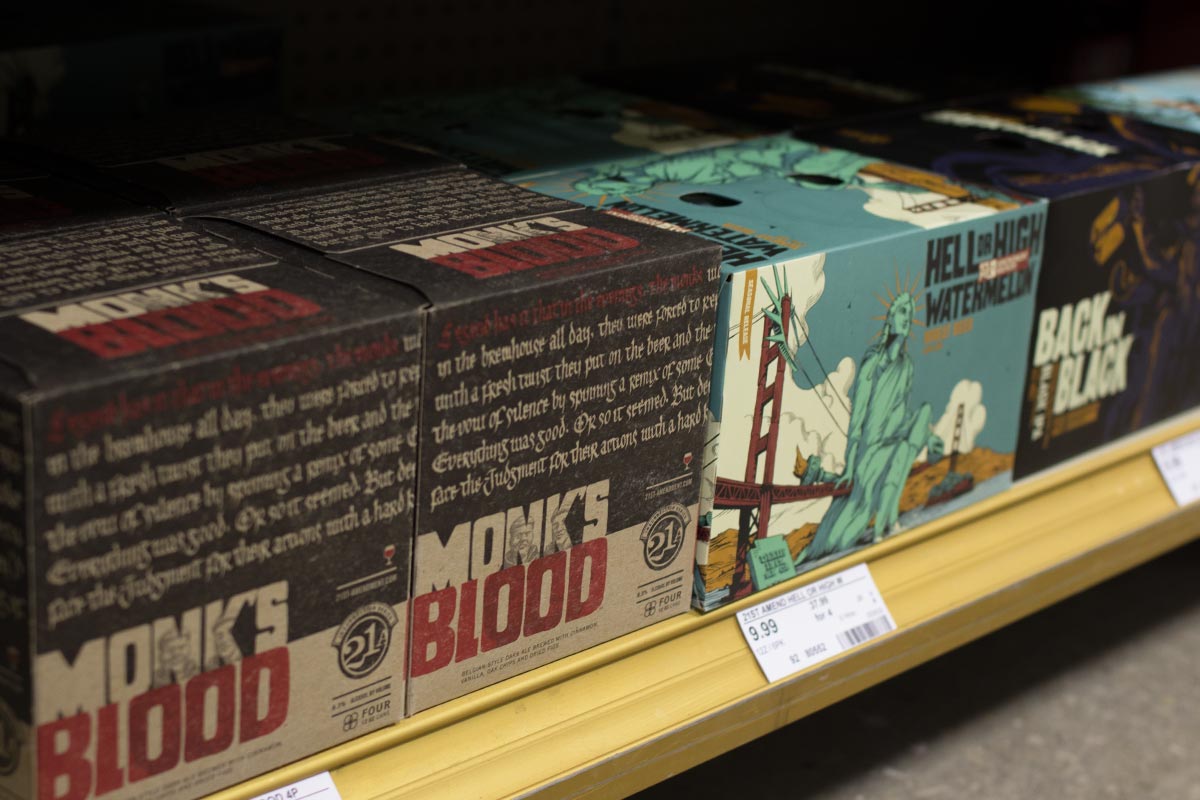 The beer that most people think of when they hear 21st Amendment is Hell or High Watermelon. Can you give us the the story of that beer?

People are surprised when they try that one. They think it’s watermelon beer, so it’s going to be pink, it’s going to be fruity and sweet. The beautiful thing about that beer is that it’s dry…and it tastes like beer. I brewed that beer as a homebrewer in 1999. There was never any thought that we would make a commercial beer of it. It was just an experiment. I liked a fruit beer, but the problem was you could usually only have one, then you needed to move on to something more hoppy. I wanted to do something different and I thought ‘why not watermelon?’ I thought it would never work. You’d have to put a ton of watermelon in there; so I put a ton in the secondary. It was an American style wheat beer – very dry to begin with and had a little tartness from the wheat. When I added the watermelon, the yeast ate the fruit sugars and that attenuated it even more. So you ended with a beer that was even drier than the original. I have a theory that the yeast just love the watermelon sugar.

And how did it scale from ‘experiment’ to one of your most well known beers?

Shaun O’Sullivan, my business partner and brewmaster, tried the beer and was like “Wow this is great, but we’ll never be able to make this at the pub, it just needs too much watermelon.” I agreed. The first spring we were open, I was working at the bar and he said he had a surprise for me. He took me to the back of the brewery and floor to ceiling, piled nine feet high, were these cases of watermelons. He said, “We’re going to brew your watermelon beer.” We went to the kitchen and got the industrial soup mouli, carved out the meat from the watermelon, and added it to the fermentor. We put it on tap and everyone loved it. So we said let’s just make it for summer, and for the first 7 years we were open we did just that. At the brewery we serve it in a Pilsener glass with a watermelon wedge. My crusade is to get every bar to serve it that way; it’s an attention grabber.

Is that a gateway beer for a lot of your fans?

We purposely keep that beer in this ‘box’ of summer because we don’t want to be the fruit beer or watermelon beer guys. In markets that get the whole portfolio, we hear that people love all our stuff from Back In Black, Monk’s Blood, to Down to Earth. It’s gratifying to hear people like our stuff. That tells us that it’s just not a gimmicky thing. 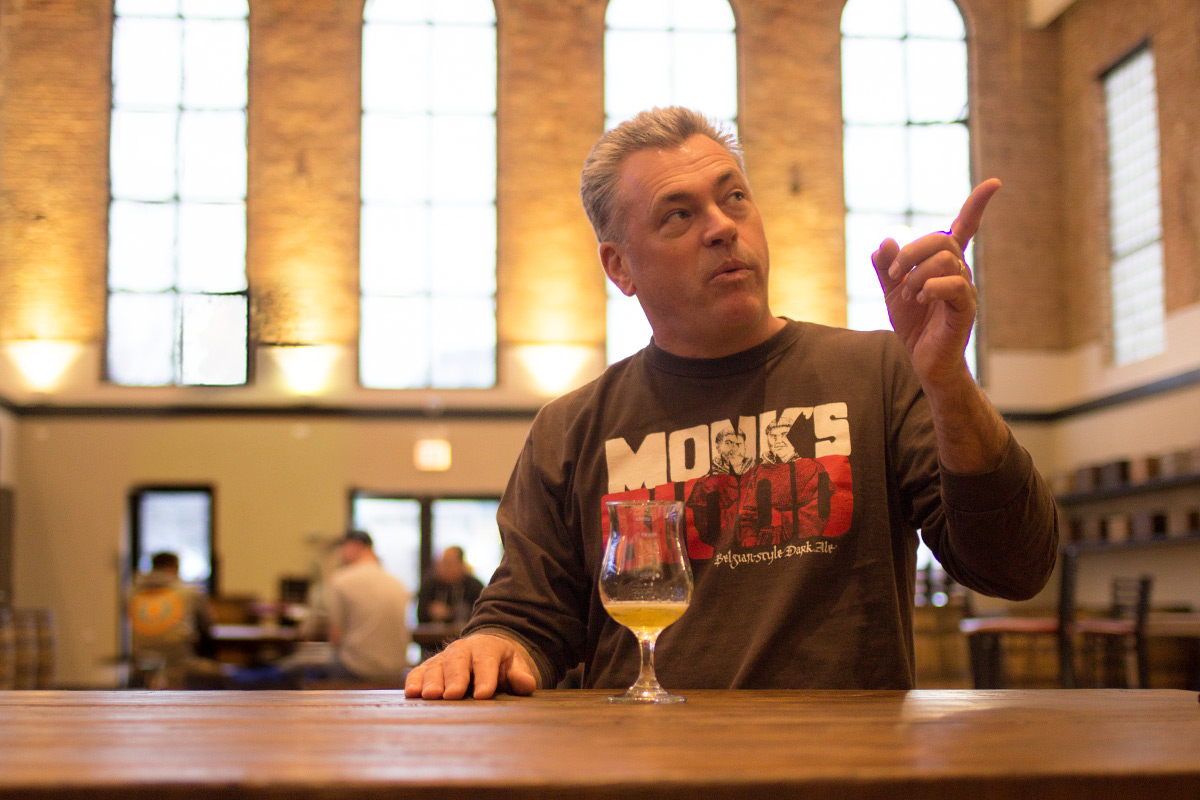 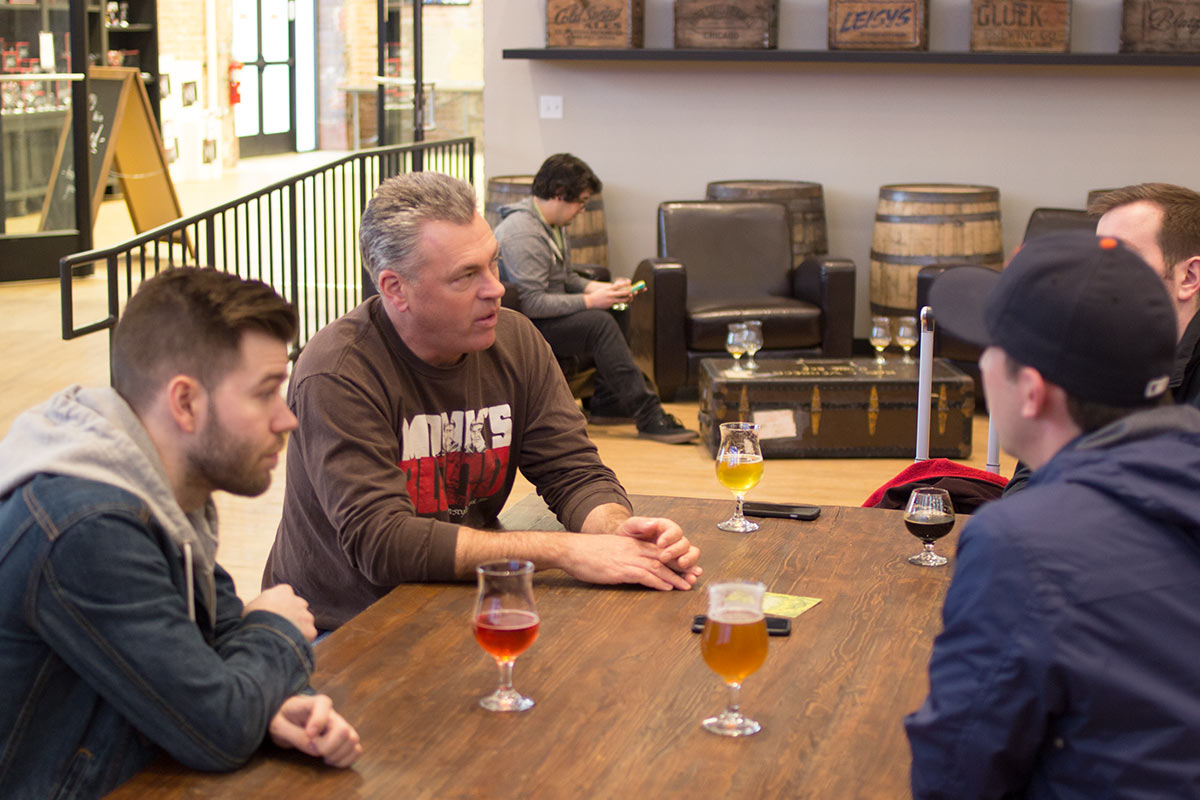 With the lineup of beers you just mentioned, how do you compete in a crowded Chicago market for shelf and handle space?

We’ve always said we won’t go anywhere where we don’t have bodies on the street. We need people knocking on doors and spreading the word. With Windy City [Distribution], they’ve got people who know beer and that helps us tremendously. We have to get in the trenches with everyone else – and we are happy to do that. Our attitude has always been to judge us on the quality of our beer, the consistency, and the flavor. We try to do interesting things and push the envelope. If we can’t hang with somebody, then fine.

And finally, when you’re not drinking 21st Amendment, what would we find you sipping on?

I’m kind of on a Brett jag right now. So, usually it’ll be a Brett IPA or Belgian Golden with Brett. Saison Dupont is probably my favorite all around beer that I would drink anytime, anyplace. We don’t get much Boulevard out west, but they made a 2014 Brett beer that was really good. I love IPA’s, but now I really love Brett beers. I’ve even been getting back into Imperial Stouts. Who knows what it’ll be in a year – I go in circles.

Thanks again for grabbing a beer with us. Congrats on the launch and we’ll be looking for your stuff around town! 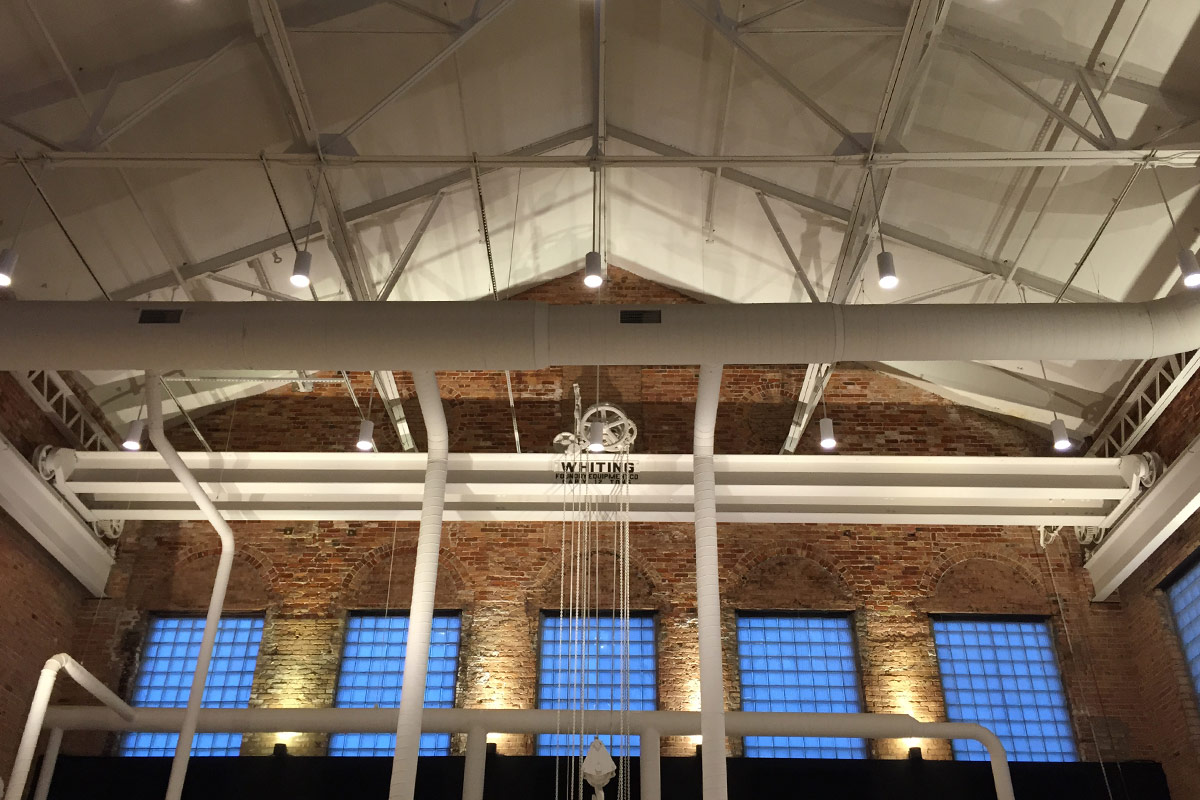 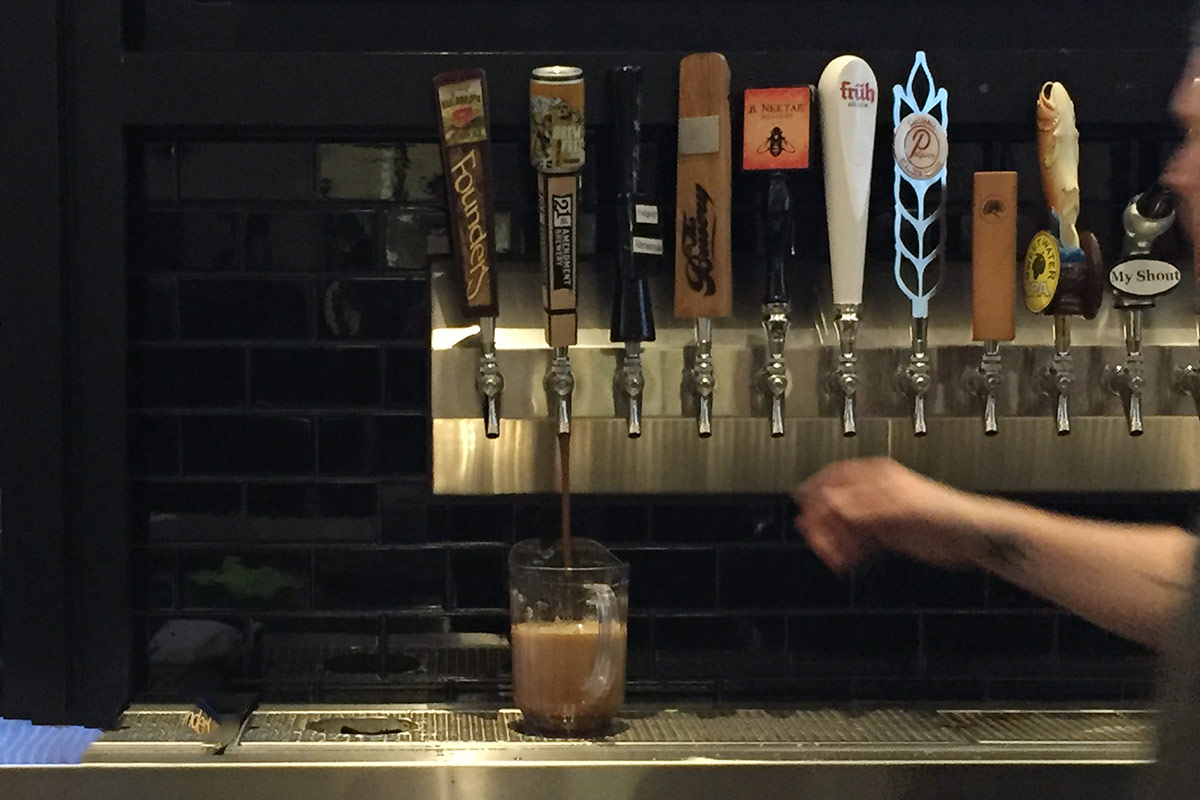 We were happy to catch up with Nicco and 21st in Chicago, but for folks who are in or headed to San Francisco, be sure to check out their original brewpub space. It’s the perfect post-game spot after catching the Giants at AT&T Park – we recommend!

Be sure to check out our Beer & Branding feature for 21A as well, for a full view of their can designs and illustration, as well as the process behind it.