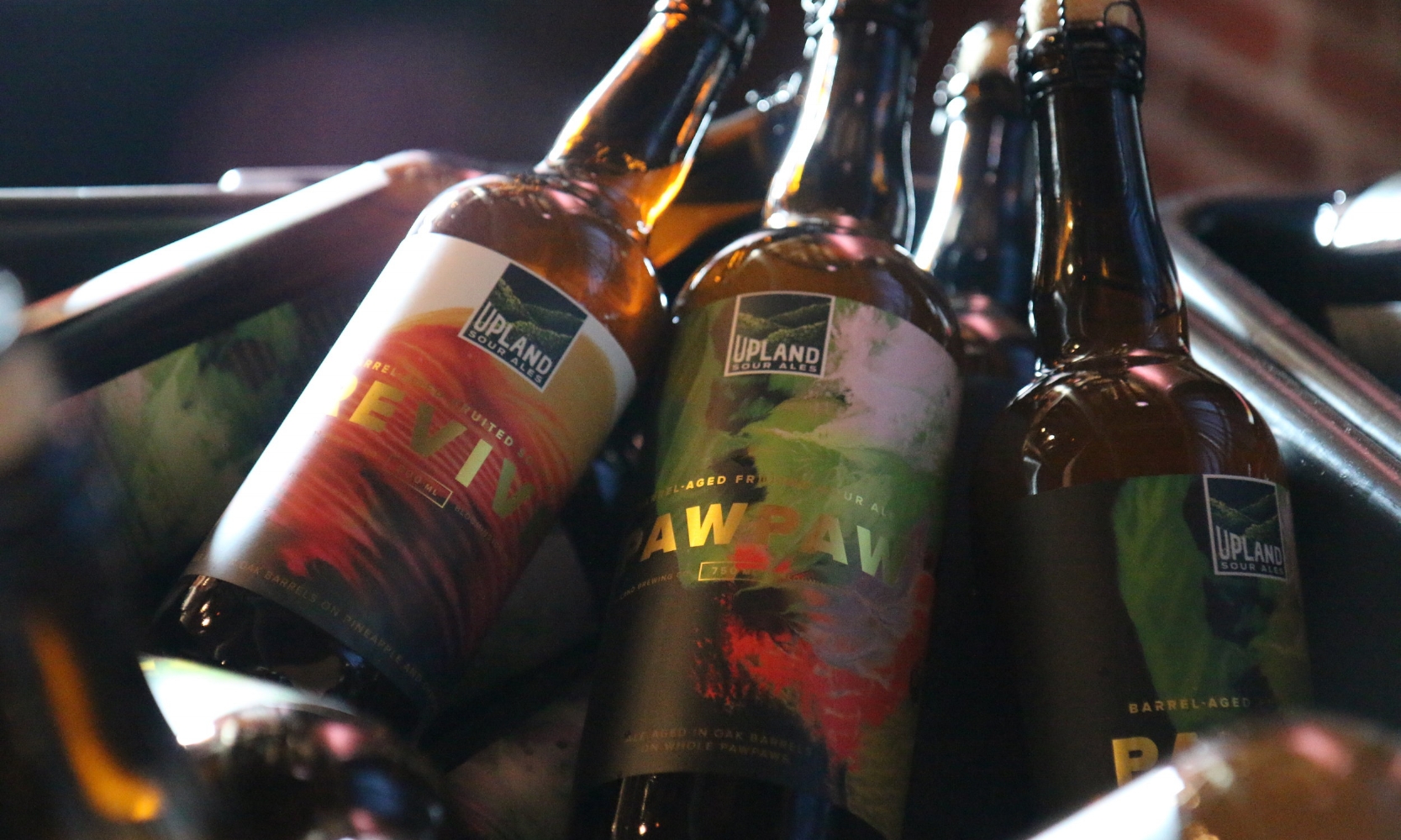 Over the last half decade or so, sour, wild, and ‘funky’ beers have continued to proliferate bottle and tap lists across the country. What was once seen as a niche market, has grown leaps and bounds as brewers have pushed the style to new corners of the brewing spectrum. They’ve done so using inventive fermentation practices, rare and local fruits, and wooden vessels big and small, while bringing drinkers of every persuasion along for the ride.

Bloomington, Indiana’s Upland Brewing has been barrel-aging sours in wine barrels for over a decade, and as their production of sours has continued to expand–including opening a sour-only brewery, The Wood Shop–they thought it would be a good idea to invite all their sour, wild, and funky friends to pour alongside them at festival in the Hoosier State. Seven years later and Sour Wild Funk Fest continues to grow, with breweries and revelers from around the country in attendance.

We were fortunate enough to attend this year’s festival in early April, in downtown Indianapolis–featuring over 50 breweries and at least 150 beers ranging from puckeringly tart to mildly funky. Upland’s ‘SWFF’ offers many rare, unique and complex brews all under one roof, and should be on anyone’s list who enjoys these styles.

While it would have been impossible to sample every offering poured during the festival, we complied a list of the 10 beers that we felt left a mark…

Batch #1 is a blend of five French and American oak barrel-fermented beer aged for up to nine months. This blended wild ale offers delicate hints of white grapes, tart cherries that add richness, and nuanced complexity for the different barrels used during fermentation.

A spin on their already delicious Classic Saison recipe, this iteration uses a wild strain of native yeast that’s harvested from honeysuckle blossoms in the orchard on their farm. This light, golden farmhouse ale has aromas of fresh bread, honey, wild flowers, and hints of citrus. Many of the aromas are mirrored in the flavor profile that is balanced with a mild acidity and a crisp, dry finish.

A mixed fermentation golden ale pulled from their American Oak foeder aged with peach, apricot, cypress, and jasmine white tea, this beer left a helluva’n impact on us. Immediately reminiscent of a childhood favorite–Strawberry Fruit Roll-Ups–this beer was fruity and complex but never too sweet. And the white tea provided enough balance to keep you going back for more.

Here we had a beer that appeared to be one of the first at the fest to kick–Reginald Brett. What begins as Firestone Walker’s Double DBA is then matured in bourbon barrels for several months. If that wasn’t enough, it’s aged another 18 months for secondary fermentation in French and American Oak barrels, offering deeper levels of complexity. At a festival where many beers leaned toward fruit-aging, this boozy bourbon ale reminiscent of a Manhattan cocktail stood out amongst the crowd.

This blend of saison and golden sour beer–aged in oak barrels with prickly pear and lime zest–is all about the flavors of the Southwest. The mixed fermentation ale showcases the delicate fruit as much as the complexity of the yeast. A mild tartness and subtle earthy fruit character with a kiss of lime reminded us of the classic margarita.

After years of experimentation, Rhinegeist is finally ready to release their sours to the world. Part of the Outer Reaches line, Infinite Dawn is a sour blonde ale that is impressively simple in its approach. Upon first pour, you’re met with a noticeably pillowy white head and a crackery aroma, which is then followed by notes of pear, melon and a tinge of citrus on the tongue. It’s carbonation and dry finish even give off hints of champagne.

This Grand Rapids sour house continues to impress and gain attention in the beer world. And Cross Fertilization–their a golden sour ale dry-hopped with aged Summit and Ultra hops–is no exception. Aromas of lemon, pear, white wine, and an earthiness from the aged hops are coupled with similar fruit flavors, a nice farmhouse funk, and some mild lactose sourness. All around, this is delightfully complex, but easy to enjoy.

After sampling dozens of sour and wild ales at the festival, Nebulus, was the last beer we sipped. But even with palate fatigue setting in, this one stood out. The golden ale is fermented in wine barrels, virgin oak, and a foeder full of Brett, then blended to deliver an ale that bursts with peach and honeysuckle, followed by layers of subtle oak and just a touch of vanilla.

Revive has been a favorite of THR for a couple years now and was another highlight of the fest–a golden sour is aged with pineapple and chamomile flowers. A bright fruitiness of citrus and pineapple show up on the front end, then becomes so much more when the delicate chamomile starts to subtly, but effectively present itself. It’s a beautiful balance of flavors that finishes dry and refreshing.

We were fortunate enough to visit Wild Minds’ beautiful taproom in Minneapolis last fall and taste through many of their offerings, so we were excited to see them in this year’s SWFF lineup. Spontané: Tropica is a 100% spontaneously fermented wild ale that was inoculated overnight in their custom koelschip then fermented on papaya, guava, pineapple, and passionfruit. What you get in the end is a beer bursting with funk and tropical fruit flavor–perfect for the warmer days of summer… 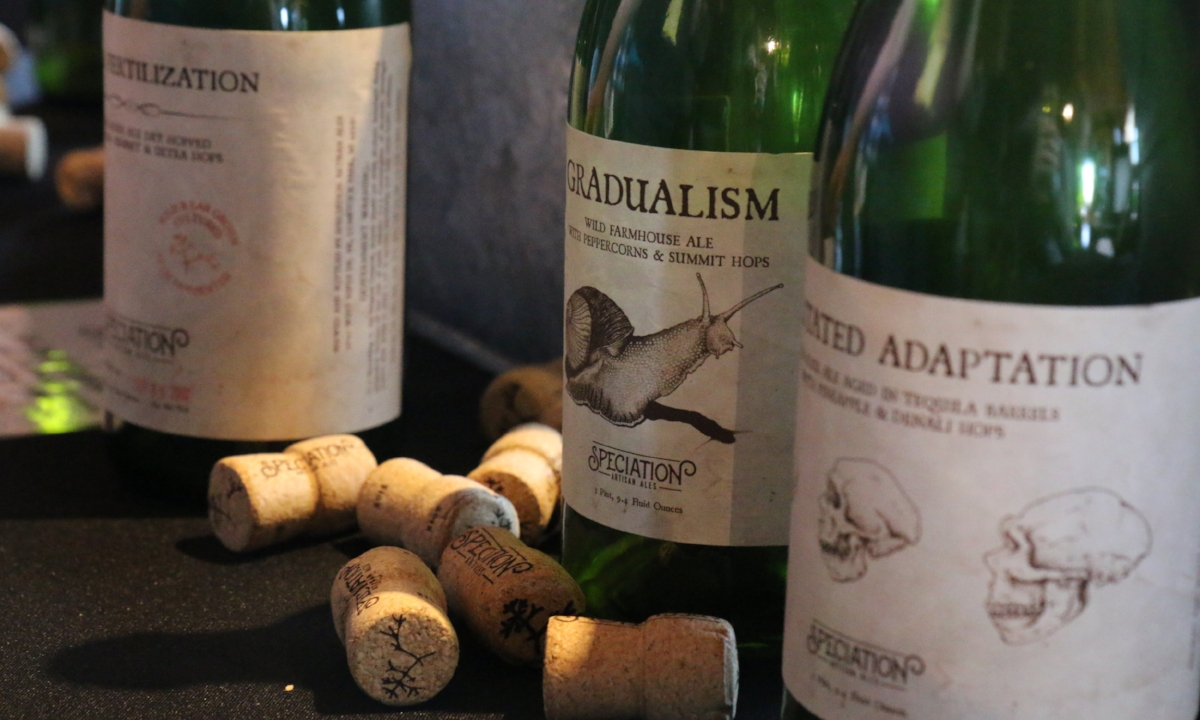 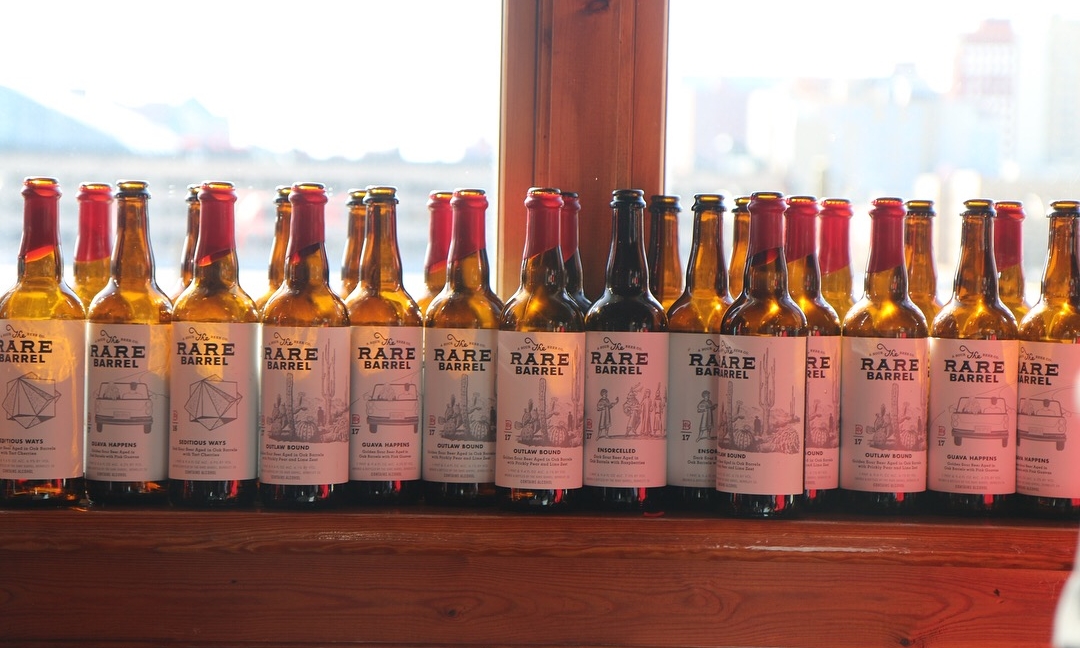 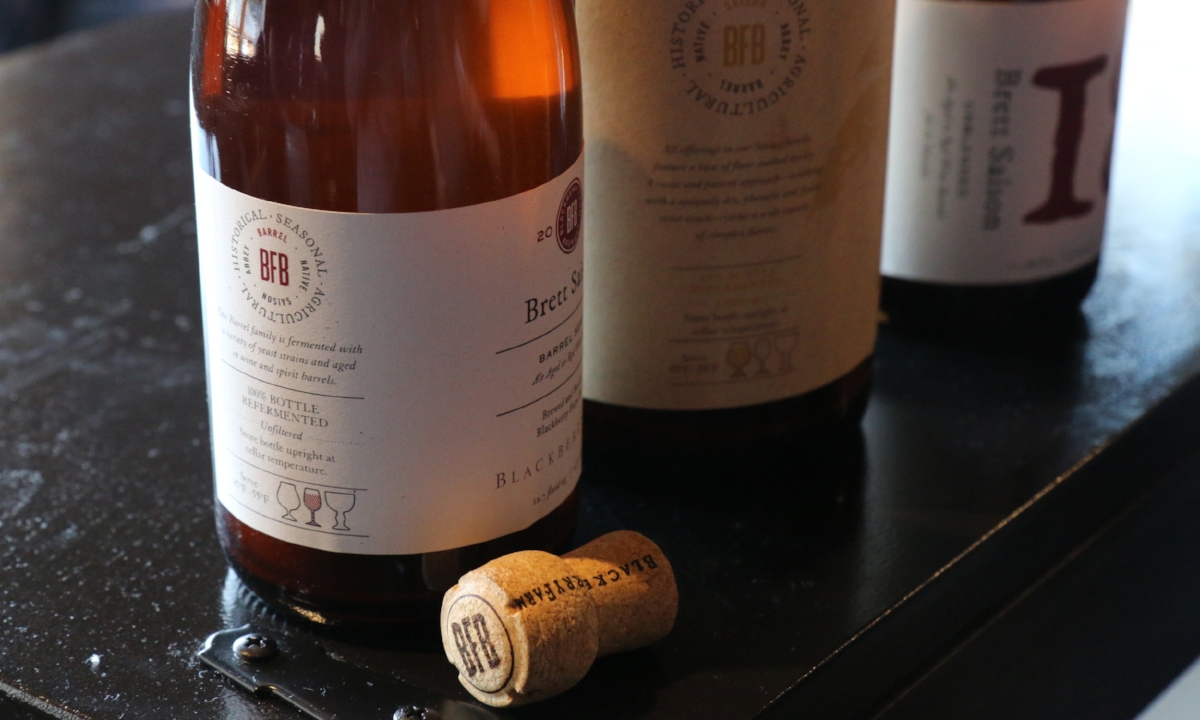 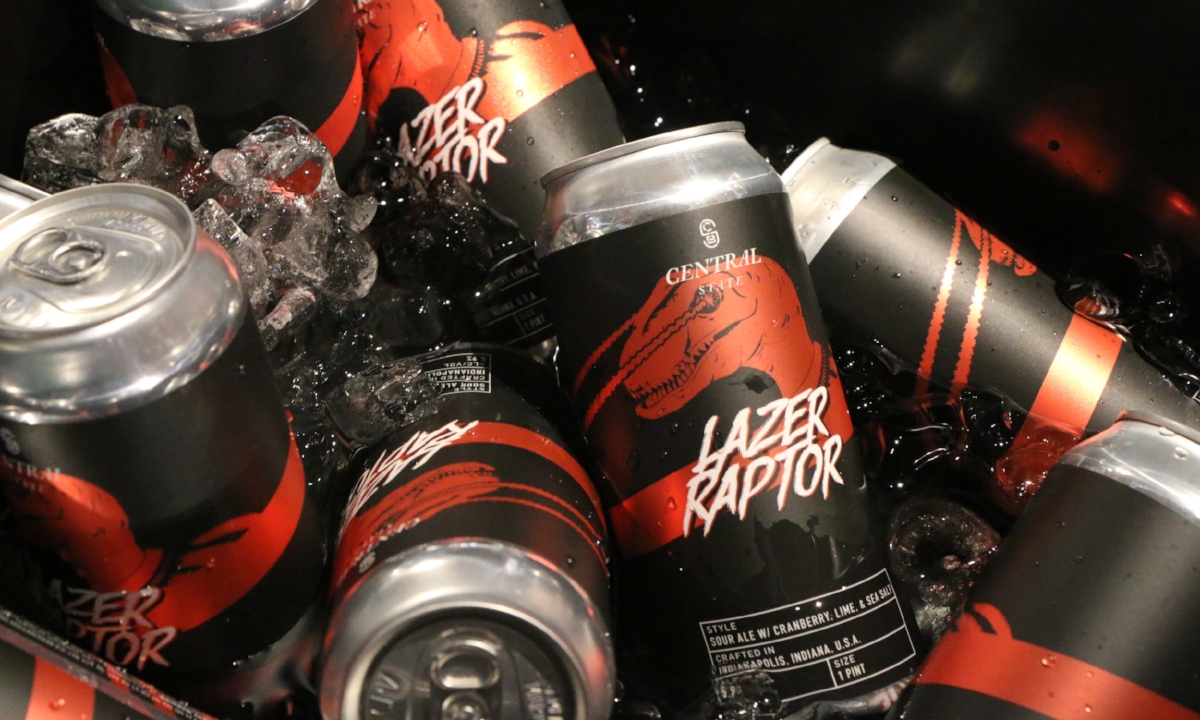 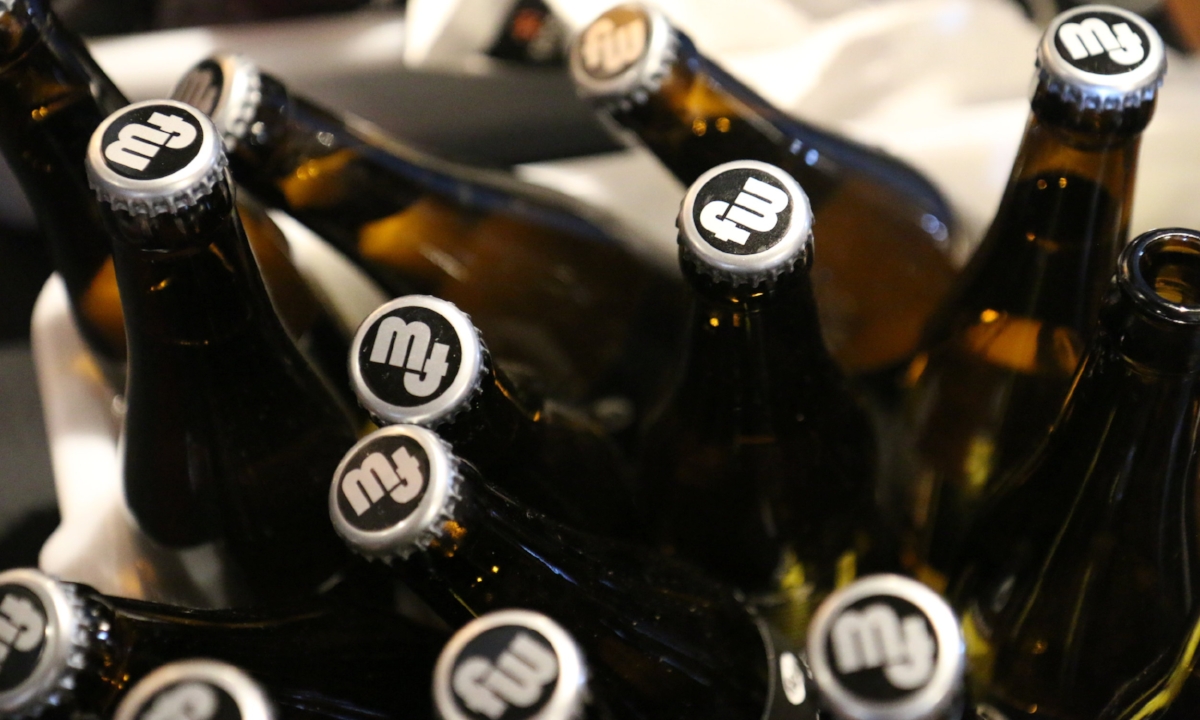 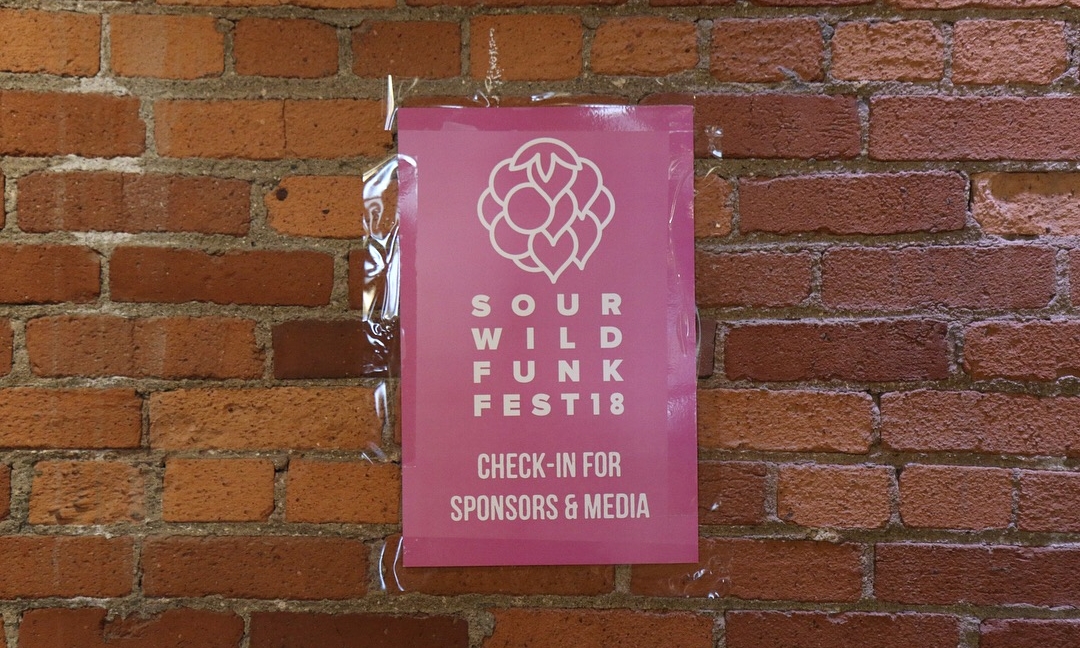 Thanks to Upland Brewing Co. for playing host and to the dozens of breweries in attendance for their fantastic offerings at 2018’s Sour Wild Funk Fest.