Finding a Place with Mike Byrnes of Argus Brewery Recently I was invited down to Argus Brewery in Chicago’s Pullman neighborhood. Opened in 2009, the brewing facility sits in a historic brick building that previously housed the Schlitz Brewing Company horse team and carriages. They’ve played off this history more than most Chicago breweries, opting for traditional beers over the flashy trend-setters that have permeated their North Side contemporaries. Lagers, pilsners and a straight-forward IPA round the bulk of their production.

In my quest to try beers outside of my pale ale/Saison comfort zone, I was excited to learn
what Argus was all about. Their head of Quality Control, Mike Byrnes, was kind enough to imbibe, chat and give a tour of the facility. We discussed how Argus’s lager-based M-O works in Chicago’s hop-obsessed market, as well as the undervalued role of quality control in creating the best beer possible.

We met on an overcast Friday afternoon in August and he greeted me outside with a fresh
beer—as warm a welcome as any, after an hour-long drive from Logan Square, and a perfect
introduction to Argus Brewery. 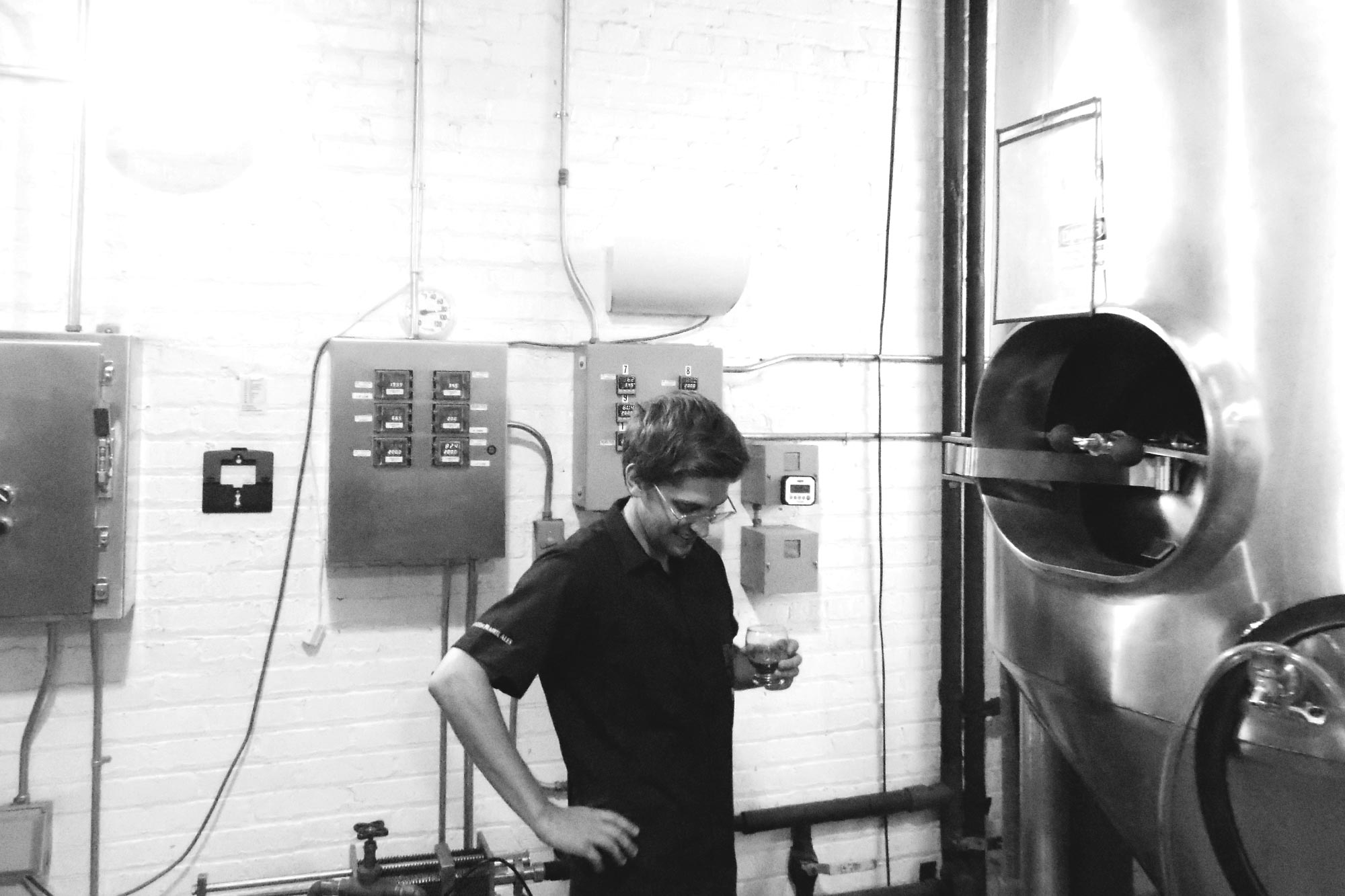 So how would you describe Chicago’s beer market and how Argus fits into it.

Hazy IPAs and sour beers—although I love the former of the two—are taking over right now, they’re the hot-ticket item at the moment. Especially these New England styles. Mikerphone obviously, and I just had Hailstorm’s Cumulus. It was fucking delicious. I mean, I love drinking them, but the market’s just saturated as all hell. And people are doing it really well in this area. You got Floyds and Pipeworks and Mikerphone and Revolution, just to name a few. So, we’re trying to separate ourselves. We want to be known for something else.

What breweries in the city do you think are doing good pilsners right now.

I love their Lawnmower Lager.

Totally, I could drink that all day. It’s their IPL.

Me personally, as a beer drinker, I’ve tried so many IPAs, I’m looking for other styles. I’ve gotten a little IPA’d out.

I’m just alcohol’d out. I can’t take the fucking 9% triple IPAs anymore. Or I’ll drink one of
them, preferably 12ozs and I can only have one. Especially not a whole bomber, I’ll end up
trashed. Speaking of which, would you like to try a 12% Barleywine?

Not at the moment.

Alright, alright – bring it on.

[Mike pulls this small tank, something akin to a diver’s oxygen tank from a cooler and pours me this beautiful, roasted almond looking beer with thick lacing running down the glass. I swirl it around. It smells sweet, like graham crackers and sugared nuts. The taste is of a huge, monster of a beer. This thing is a complete meal. Fully bodied with spoonfuls of drizzling honeycomb. The alcohol is masked well for it being 12%, but the other ingredients are working overtime to achieve this. Especially the sugars.]

The hops don’t play as much of a roll in this one. Basically, if you take a triple IPA and age it for a while, it turns into a barleywine. The hops fade and all that residual sugar left over that was balancing the hops, leaves a high gravity sweet beer—AKA a barleywine. 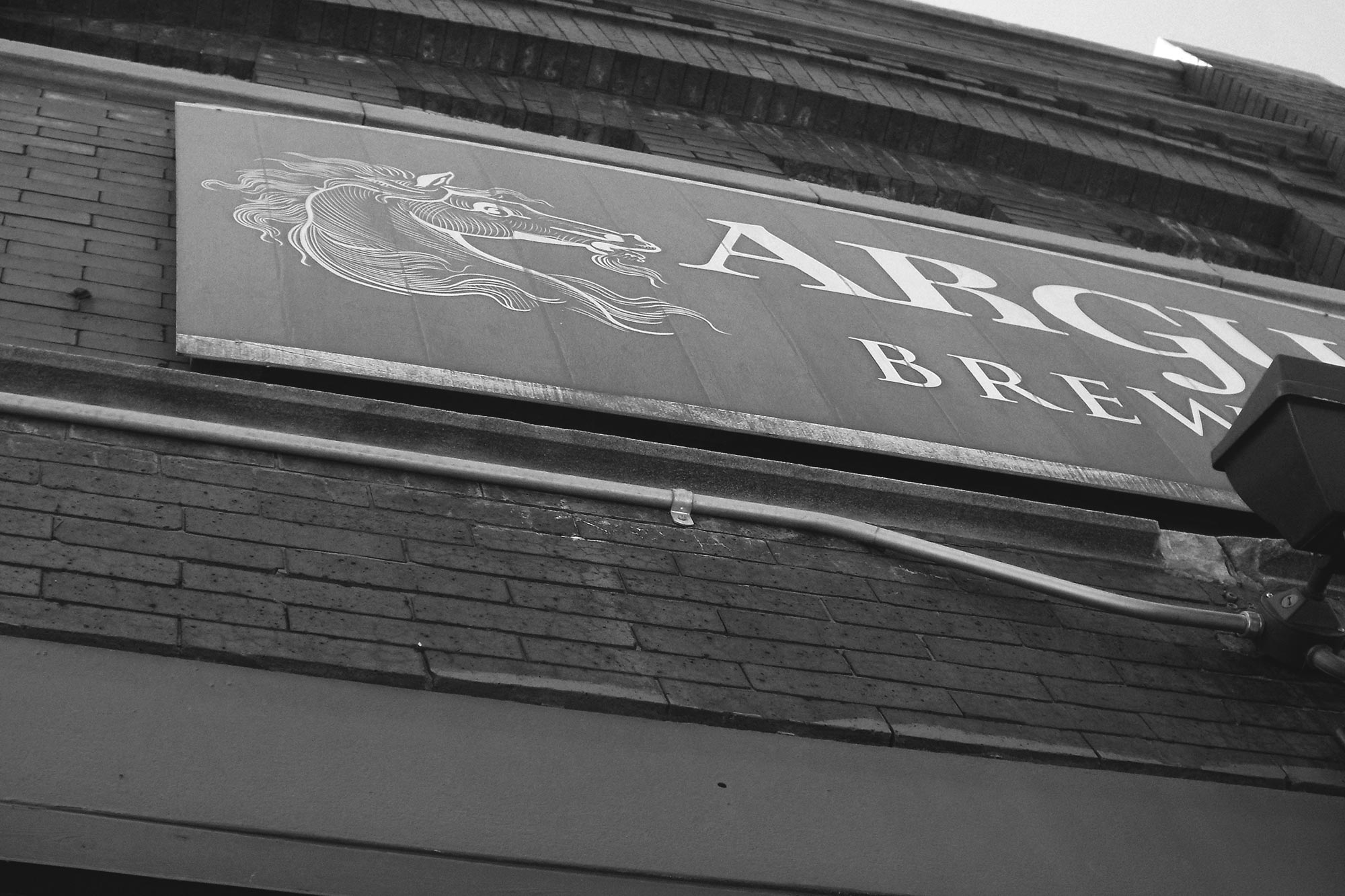 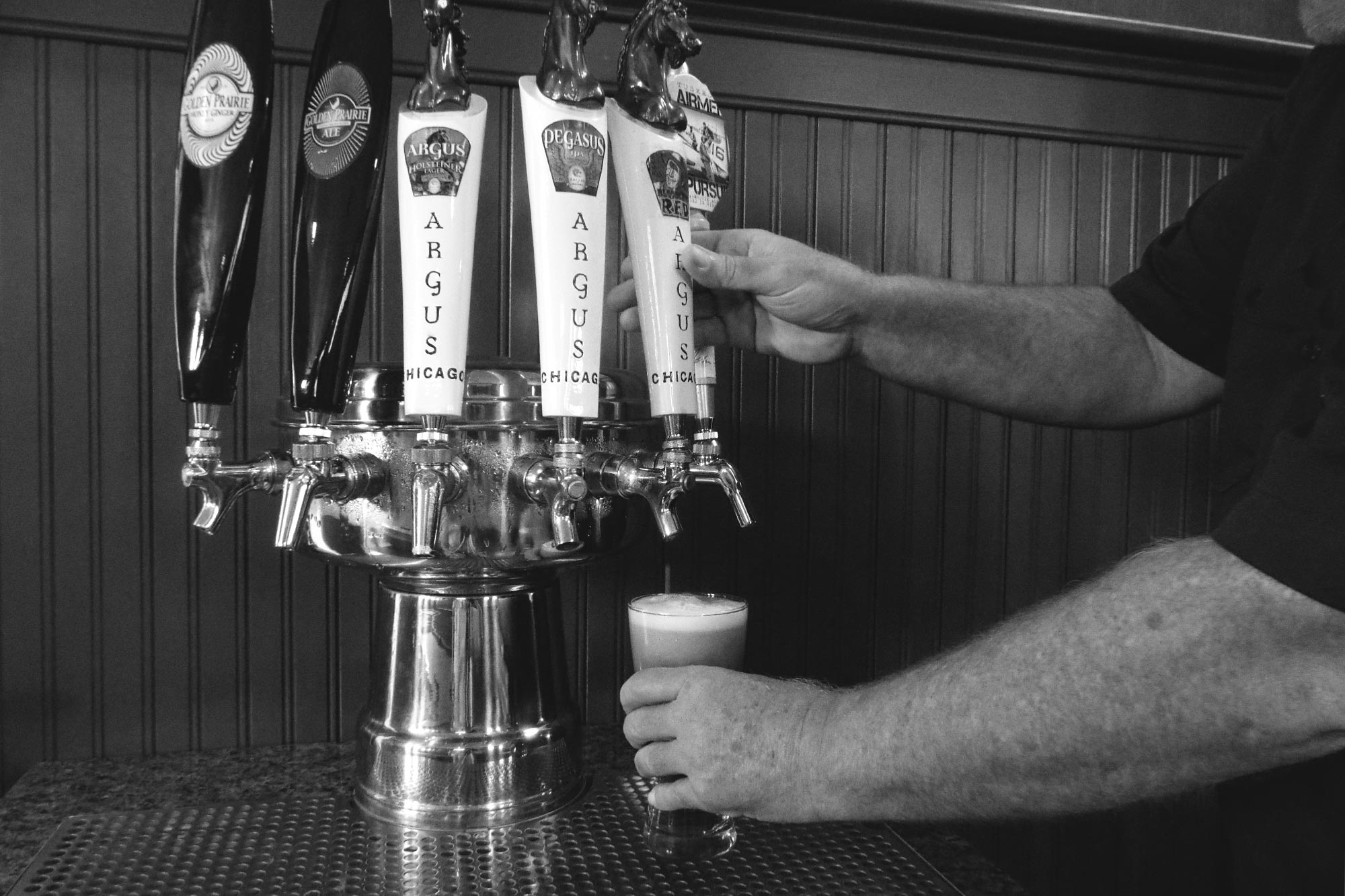 When it was fresh, it’s a triple IPA with honey, which I love. It’s awesome. But the market is so saturated with those. If you really wanted to get into the nitty gritty of stupid beer titles, this would technically be an ‘unfiltered, double dry-hopped blonde barleywine with honey.’

Haha, I hate you.

Doesn’t that make you want to lose it? Want to see where I nerd out?

[I follow Mike to a small, white backroom off the brew house. It’s well lit by a window, but no bigger than a small bathroom. On the counter are a collection of beakers and glasses and chemistry ware you’d see in an episode of Breaking Bad. There’s also a small bowl of malt grains, which I immediately start eating. Small computer speakers blast music.]

I listen to a lot of Billy Joel in here.

This malt is fantastic.

That’s six-row based malt. Similar to two-row, but more grainy. It has more diastatic power than two-row, which makes it better for adjunct mashes. I could eat a bowl of it for breakfast. We’re thinking of getting more and doing a Polish yeast strain to make a Polish lager—something that really isn’t on the market at all. But we have such a large Polish community in the Chicago area. So, we’re hoping to get the wheels in motion around that. And I’m excited about it because that’ll bring a third yeast strain into the house that I’ll get to play with.

I feel like everyone is hop-obsessed, especially in marketing, and they’re often forgetting the other pieces of the beer.

Yeast is so huge. When it comes down to it, beer is about balance. Really every factor involved is extremely important. Not only, each individual ingredient, but the process involved with introducing those ingredients. And then keeping those clean as you go through further processes down the line.

And then packaging it well. If you carbonate your beer too fast and you send in bubbles too fast, and they rise to the top and foam up the beer, you’ve just brought a bunch of the stability proteins in the beer out of solution.

The proteins help to stabilize the foam?

Exactly. They’re sticky and the pull all that foam together. That’s what will give you good head retention. It’s kind of a one-shot deal. If you carbonate too fast, you bring those proteins up out of solution and they won’t go back in. If, anything, they’ll lace the sides of your tank and you’ll have sedimentation issues.

Also, you’ll have shitty head retention. And that’s from something just as simple as putting bubbles in your fucking beer, man. There are so many ways to fuck it up a little bit.

Don’t get me wrong, in the end it’ll still be drinkable beer.

Listen, if you want it to be top-tier and compete in this market, every step of the way you
need to be doing things impeccably. And that’s what we’re focused on here. 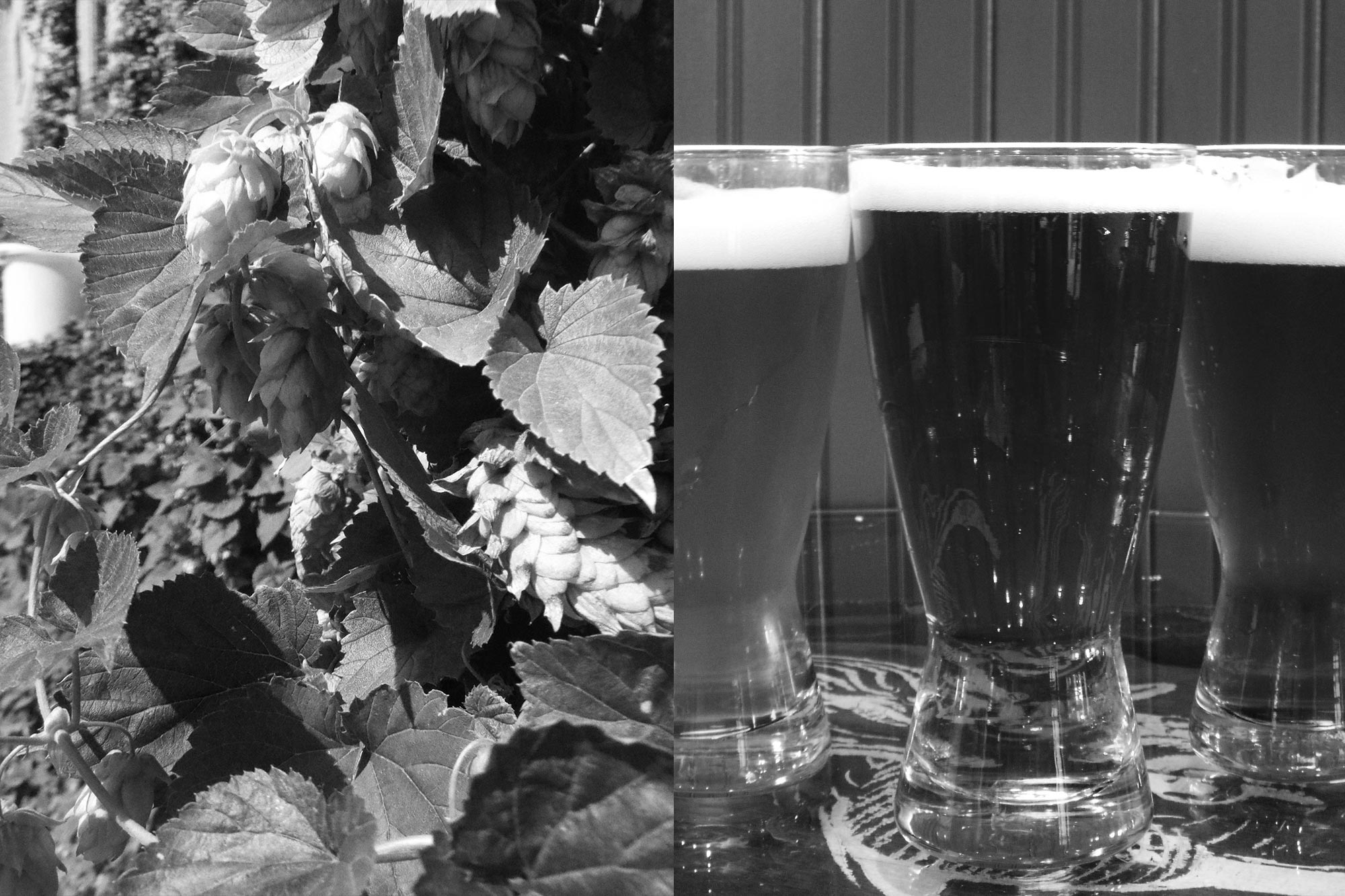 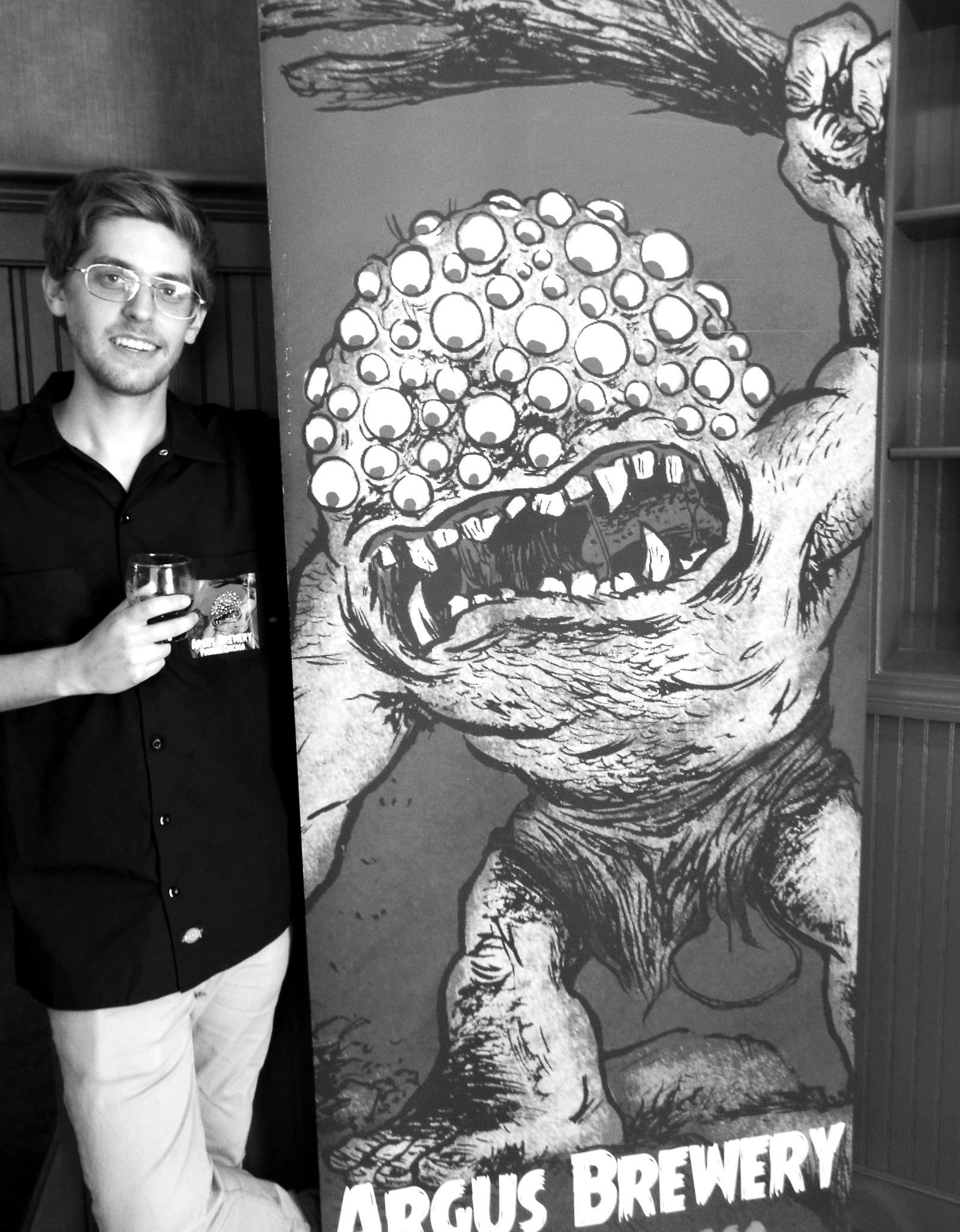 Authored by Kevin Sterne, contributor for The Hop Review. Sterne writes about music, craft beer and culture for Hop Culture Magazine, Substream Magazine and here. His short stories have appeared in Drunk Monkeys, Praxis Magazine, Potluck Mag, Word Eater, Defenestration and other places.  This is his first piece in collaboration with THR. 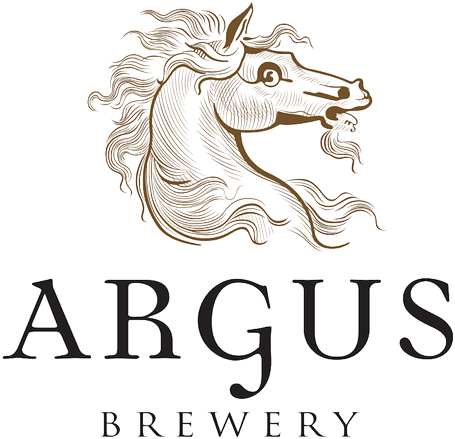