Mexico is a country often associated with beer, though certainly not of the craft variety. Anyone who’s visited our neighbors to the south will tell you there’s a lot of cerveza, and most is the same — light, sessionable lagers rule.

As we’ve seen in the US, the scene is evolving quickly. Baja Brewing, led by American founder Jordan Gardenhire, is leading the charge having just celebrated their ten year anniversary — an eternity in Mexican craft beer. Located at the southern tip of the Baja peninsula, the brewery has pushed through obstacles that make opening a brewery in the States seem simple. From humble beginnings, the brewery is now the first Mexican craft brewery to distribute to Chicago.

During a recent visit to his newest market, we sat down with Jordan to find out what’s going on in the craft scene down south and just how the heck a Coloradan started a brewery in the Baja. 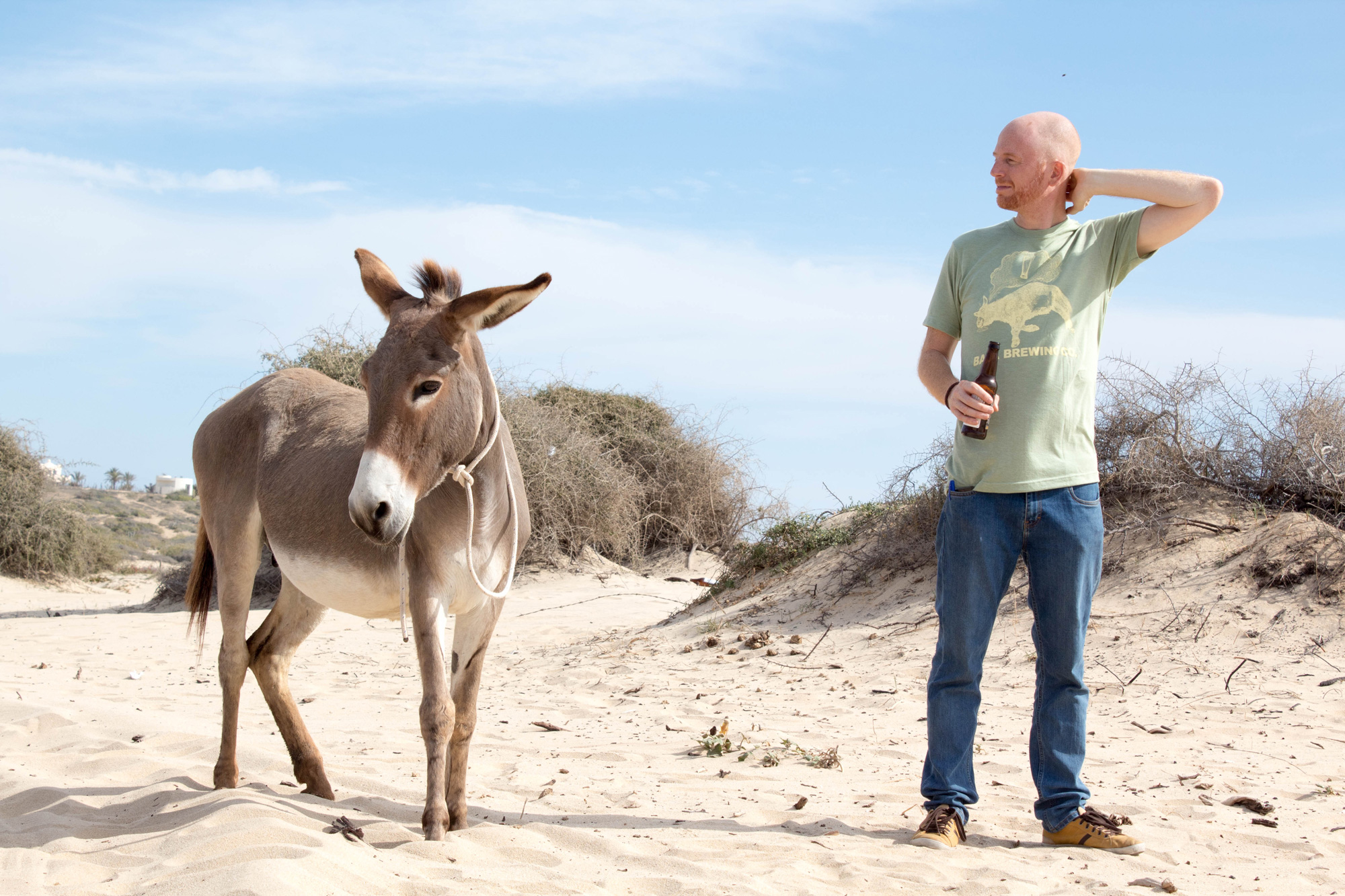 Tell us about the Mexican craft brewing scene and what makes it different. We don’t get much outside the macro’s everyone knows up here.

In Mexico, it’s very new. I’d say the boom has happened really within the last three years. A lot of the biggest markets down there are places like Tijuana, right on the border. It’s a lot of that crossover, people from San Diego influencing it. Basically, it’s very similar to what happened here about 25 years ago or so. It went from being a few places to all of a sudden people are talking about it. The styles though are unique to different regions. There are a lot of local ingredients being used and less emphasis on hitting specific styles. People are using fruit, cactus, hibiscus, and native things to the region. That’s what people are excited about down there and something that’s unique.

The hotbeds are Northern Baja, Mexico City, and then a newer one is Monterrey and Guadalajara. It’s the big cities. Maybe I’m biased, but I think the beer in Baja is at a different level already.

Tell us a little more about the market in Baja. How have things changed in the last ten years since you opened?

When we opened, there was a lot of education. Not just about our beer, but about craft in general. We had to explain to people there’s a difference between a lager and ale. When we went in for our liquor license, we went to the local municipality and said we want to make beer. They said, “You mean you want to make micheladas? No one makes beer.” So we had to draw a picture of our factory and explain where all the ingredients go… and they loved it. It was that kind of education, really from zero. There was not a single craft beer in the area and the only import was Heineken and Budweiser.

But the cool thing was having our first cantina. We’d just walk up to people and say, “Here, try this.” It didn’t take long to get a big local following in Cabo. The tourists who were looking for craft beer would find us. Now, it’s totally different. We have more locals than tourists in our cantinas. 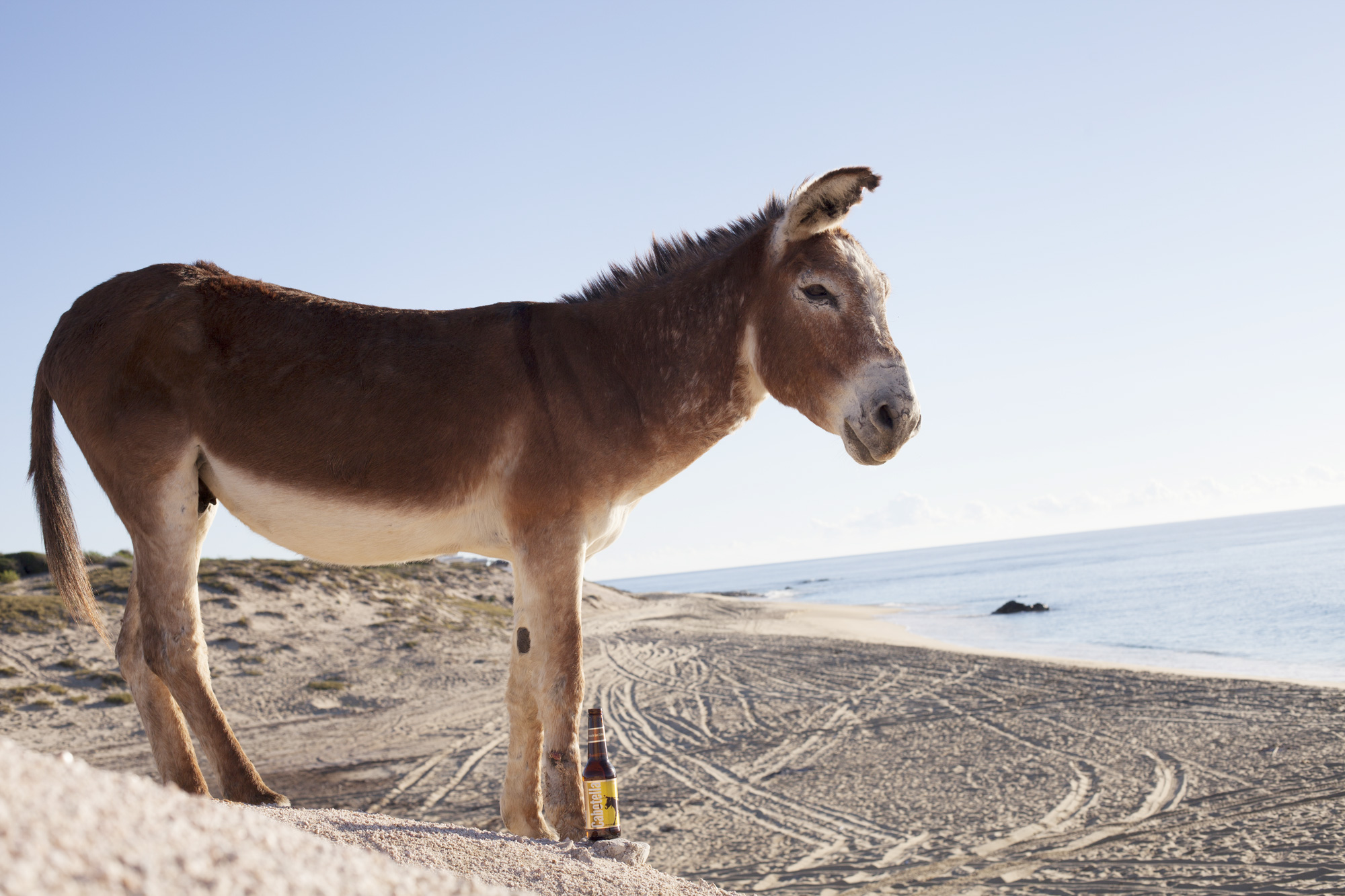 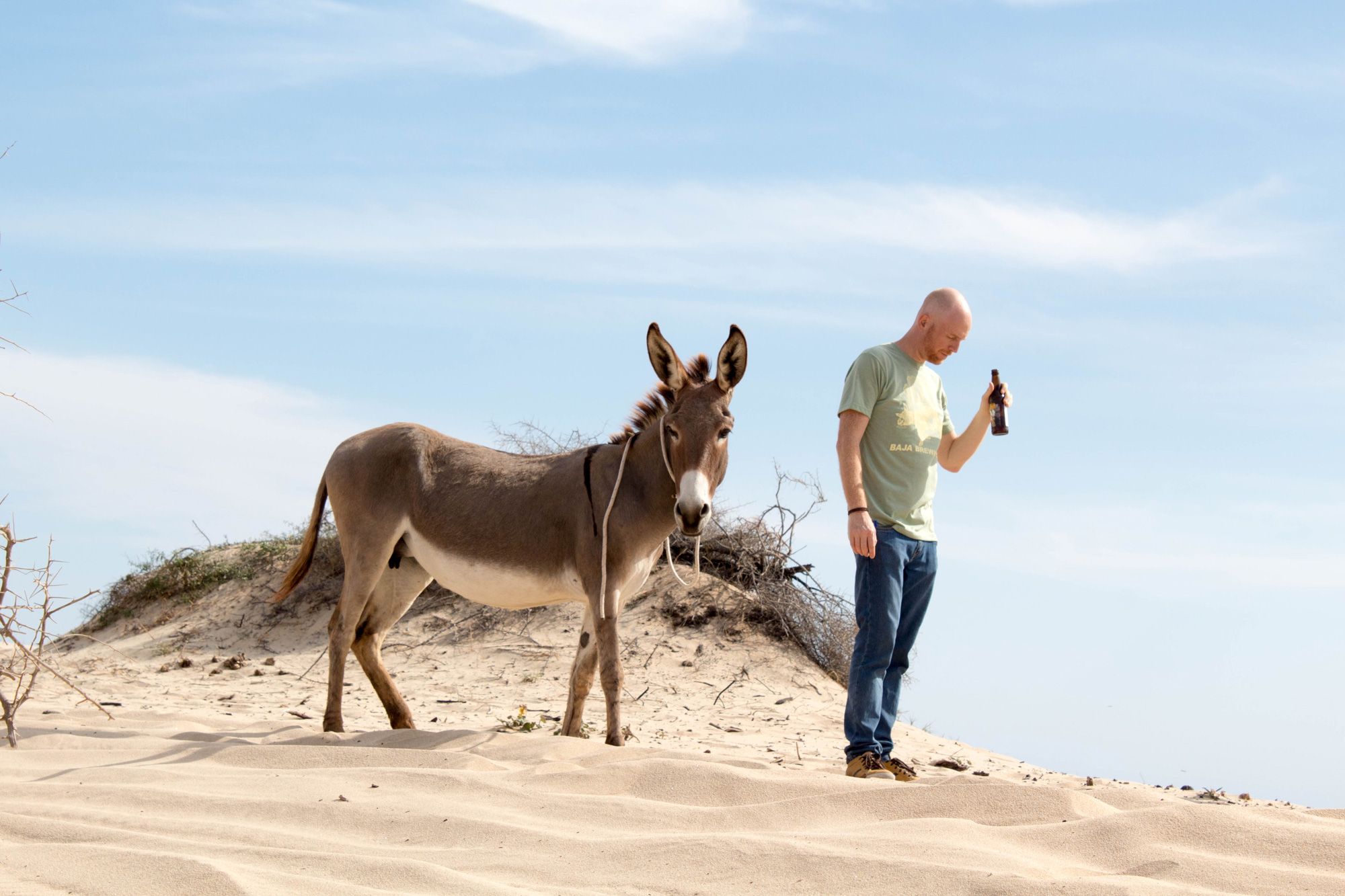 What led you to Baja in the first place and why start a brewery?

I’d started homebrewing in college in Boulder, Colorado. I moved to Mexico to learn Spanish and how to surf. I was supposed to move back to Colorado but didn’t want to do that. So I had to find something to do!

So ten years ago, you decide to open a brewery in a place with zero craft beer culture. How did you make that happen?

We took two years to get open.

I had a bunch of friends in the industry looking for a brewery for me. Doug Odell from Odell Brewing called me one day and said, “I think I’ve found a brewery for you.” It was in Laguna Beach, California. Have you ever been there? It’s a tiny town with one road going through that’s always packed. This place was called the Laguna Beach Brewing Company and it was right on that road.

So I flew up there and the guy that owned it was just the owner of the building. He didn’t know anything about it so he said, “How much do you think it’s worth?” I said, “A hundred grand?” He asked how soon we could get it out of there… damn, I should have said less! But it’s ok, it ended up being a great deal.

The only way to get it out was to close the street down between midnight and 6 am. The old brewer was there and he was most concerned about all the beer that was being thrown away. He was trying to get us to drink as much of it as possible as they were pouring it out.

That’s quite the story. Obviously macro dominates in Mexico. What impact did these brewers have on your efforts to open a craft brewery?

They influence the whole market in Mexico. Craft brewers, friends of mine, complain about the three tier system in the US. I just tell them, “Come to Mexico. I’ll show you how it works down here and we’ll see if you complain anymore.” Basically, they own the barley fields. They control all the ingredients all the way through the process. And they own most of the liquor licenses in the country. So if you want a liquor license, you have to go to a beer company, not the government. It’s about 90% tied houses in the country. Now, it’s opening with some new regulation in the last few years, but it’s just very slow moving. Also, in distribution, there’s no third party. So you have to create it yourself or work with other small breweries. There’s a reason why you see those big breweries everywhere.

How do you handle distribution? And what are you plans for the Midwest?

It’s taken years to figure out how to import to the US. Right now [in the Midwest], it’s just here in Chicago. We have a great relationship here with a meat distributor who’s adding craft beer. They already have the cold trucks, they already have the staff, why not add a beer? It’s been working so well. 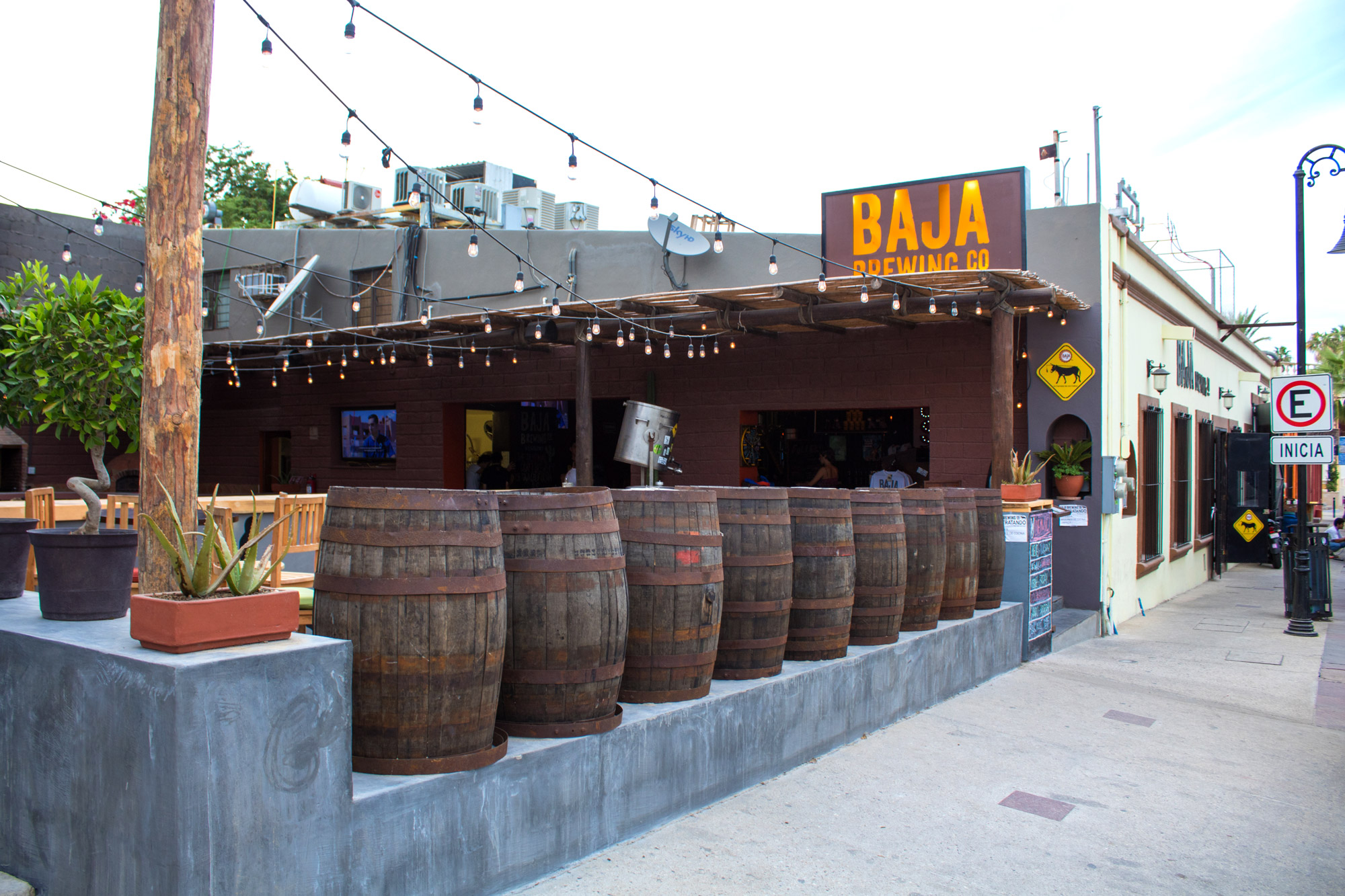 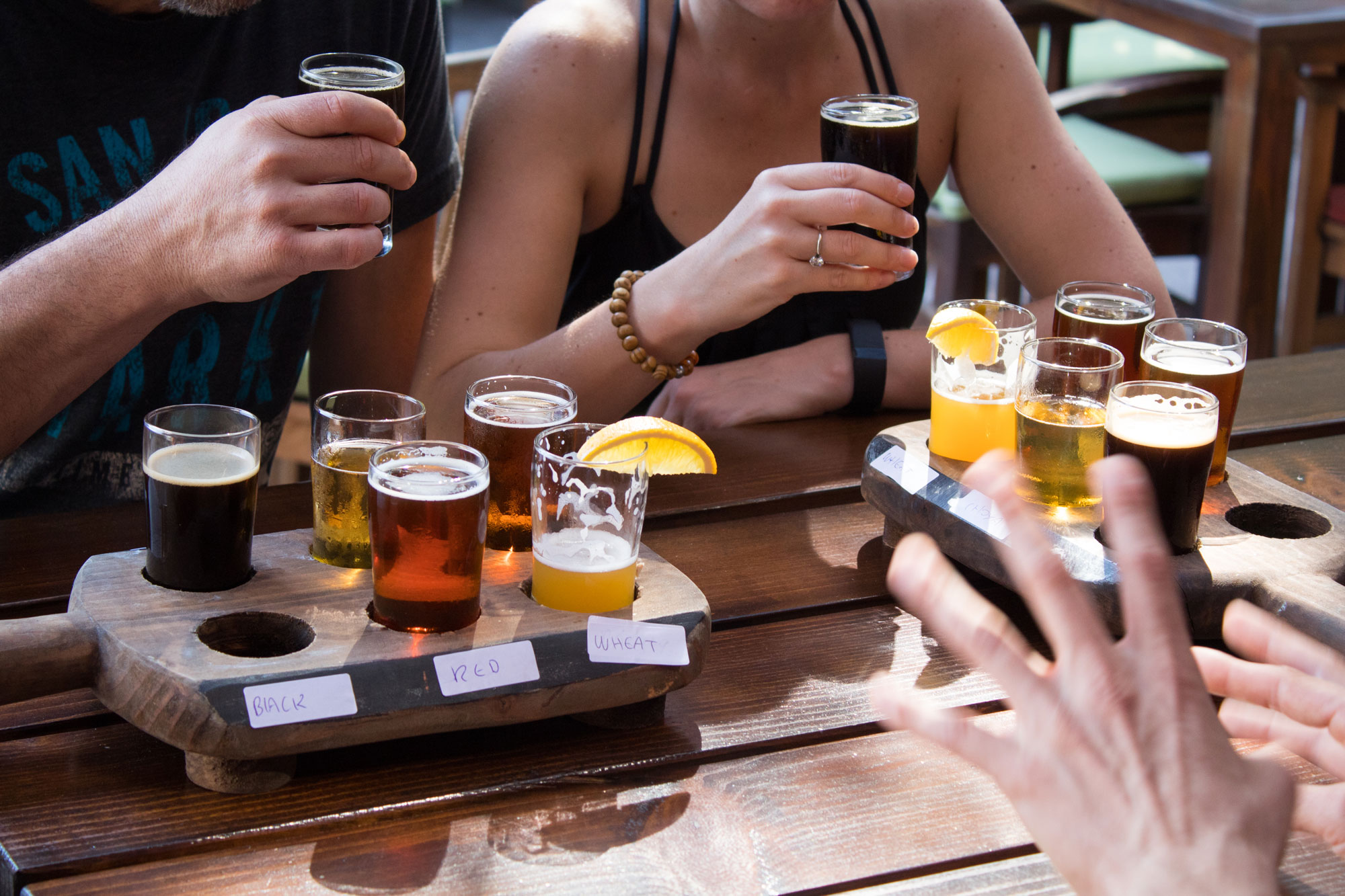 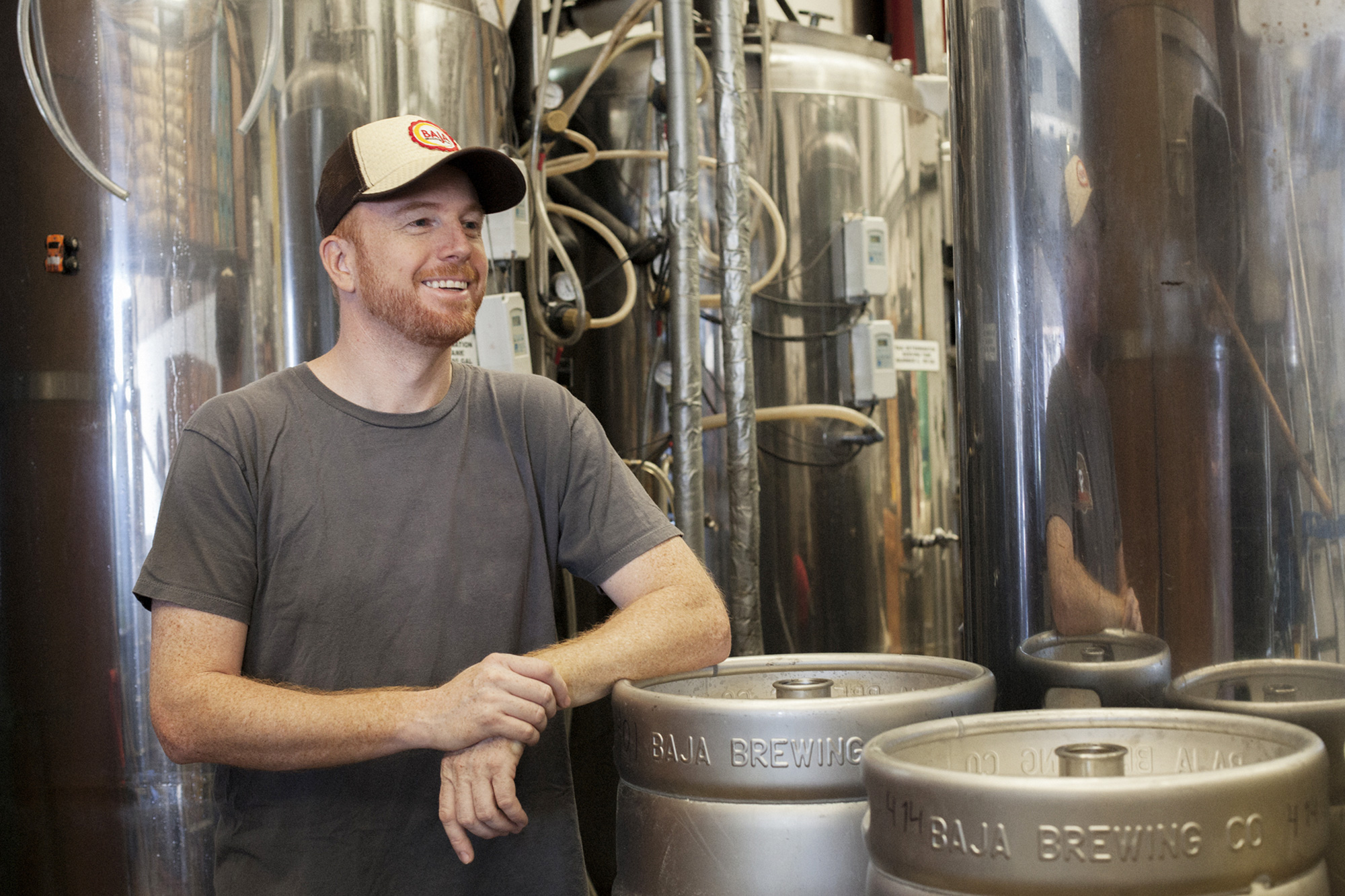 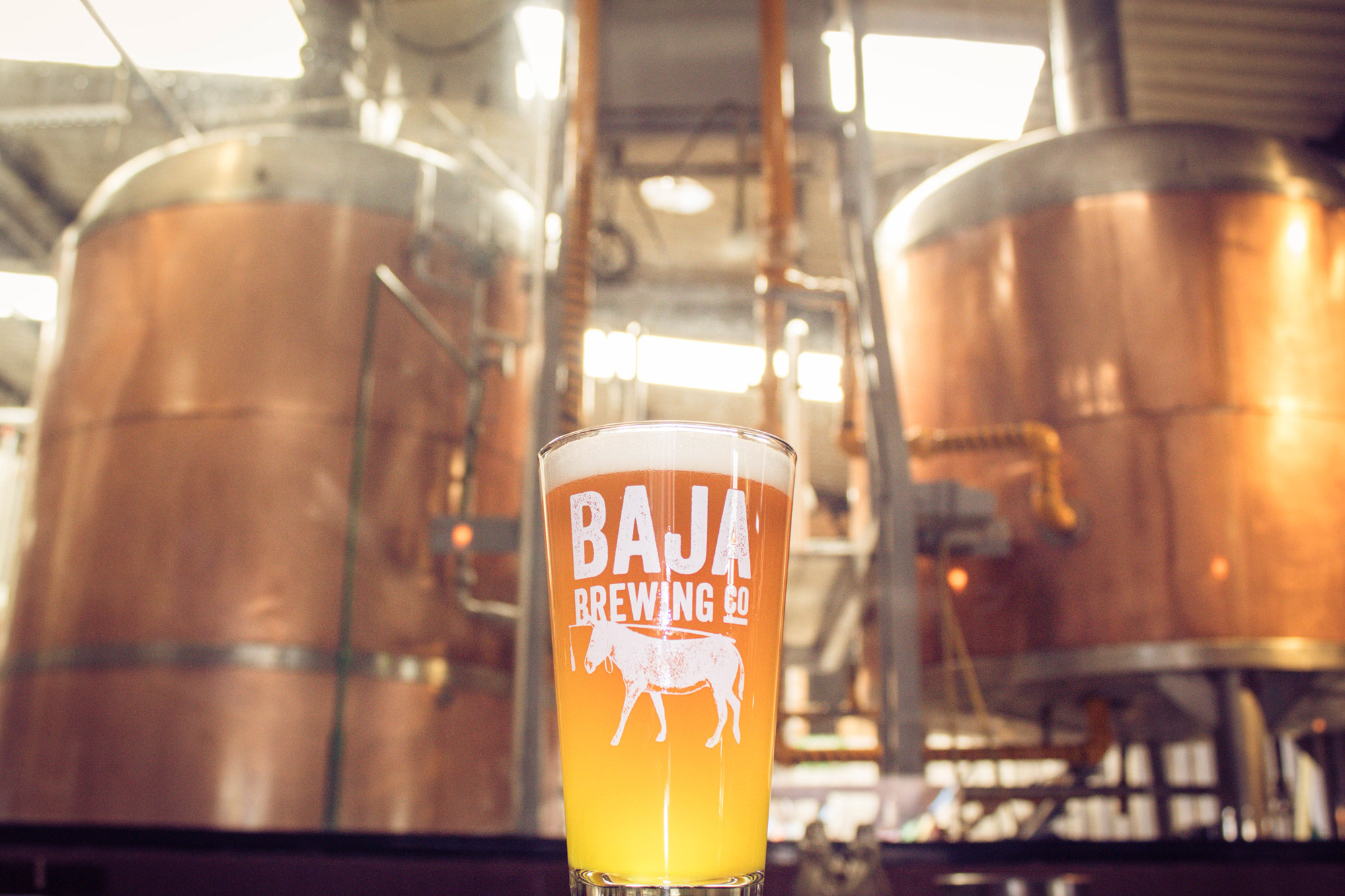 Tell us about your beer. What kind of styles will we see in Chicago?

I come from Colorado and growing up, that’s how I learned about beer. When I went to Cabo, the whole concept was easy drinking versions of those beers. As my Dad used to say, “High chugability.” We have a range of 8-10 beers that are generally easier drinking. A great example is the Escorpio Negro. It’s a black ale that started off as a schwarzbier and we turned it into an ale. The thing with that beer is that it’s pitch black, but with zero bitterness, at 5.5% alcohol. It’s just a very easy drinking beer. Even in the sun you can drink that.

What’s the background on the donkey on your logo?

It’s a donkey chasing a beer bottle and that guy’s been with us since the beginning. We wanted an animal to represent us and through multiple sampling sessions at the brewery we ended up getting it down to two. One was the donkey and the other was a mermaid. We did artwork for both of them and then went to a beer festival in Guadalajara. We had our stand, and cut it right down the middle — one with the mermaid, one with the donkey. Everyone was taking pictures with the donkey… it was just an incredible response, even though we had the exact same beers pouring.

Chicago is a city saturated with beer, though no one with a story quite like yours. What battles do you think you’ll have to fight here?

What’s in your fridge back home?

Every time I make a trip to the US, I always end up buying some 750’s of something that’s sour or barrel-aged since it doesn’t exist in Mexico. So in the back of my fridge I always have about five or six of those. I do like Mezcal. If I’m not drinking beer, I’m drinking that. On an average day though, it’s Cabotella [Blonde]. That’s my easy drinking beer. 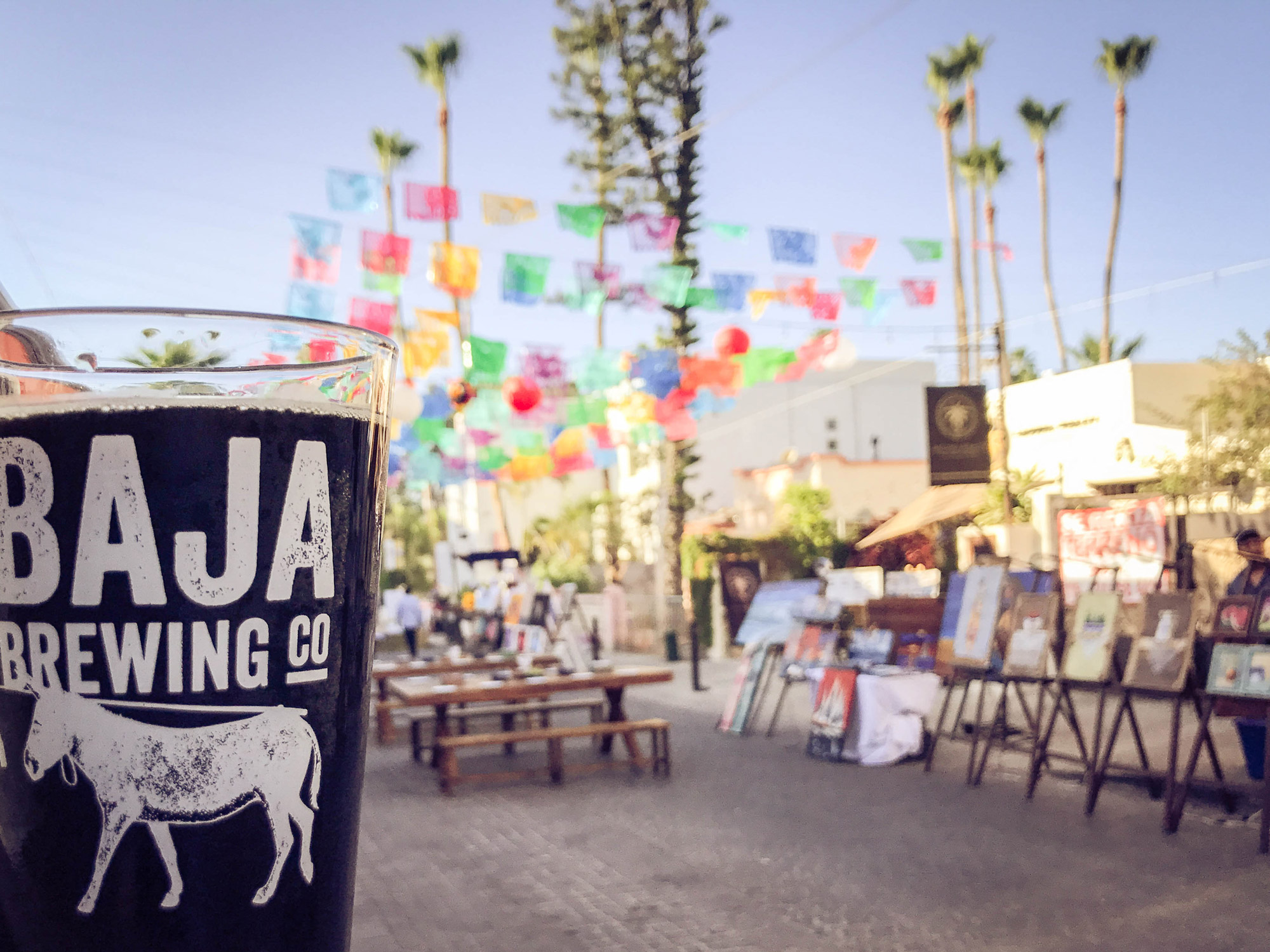 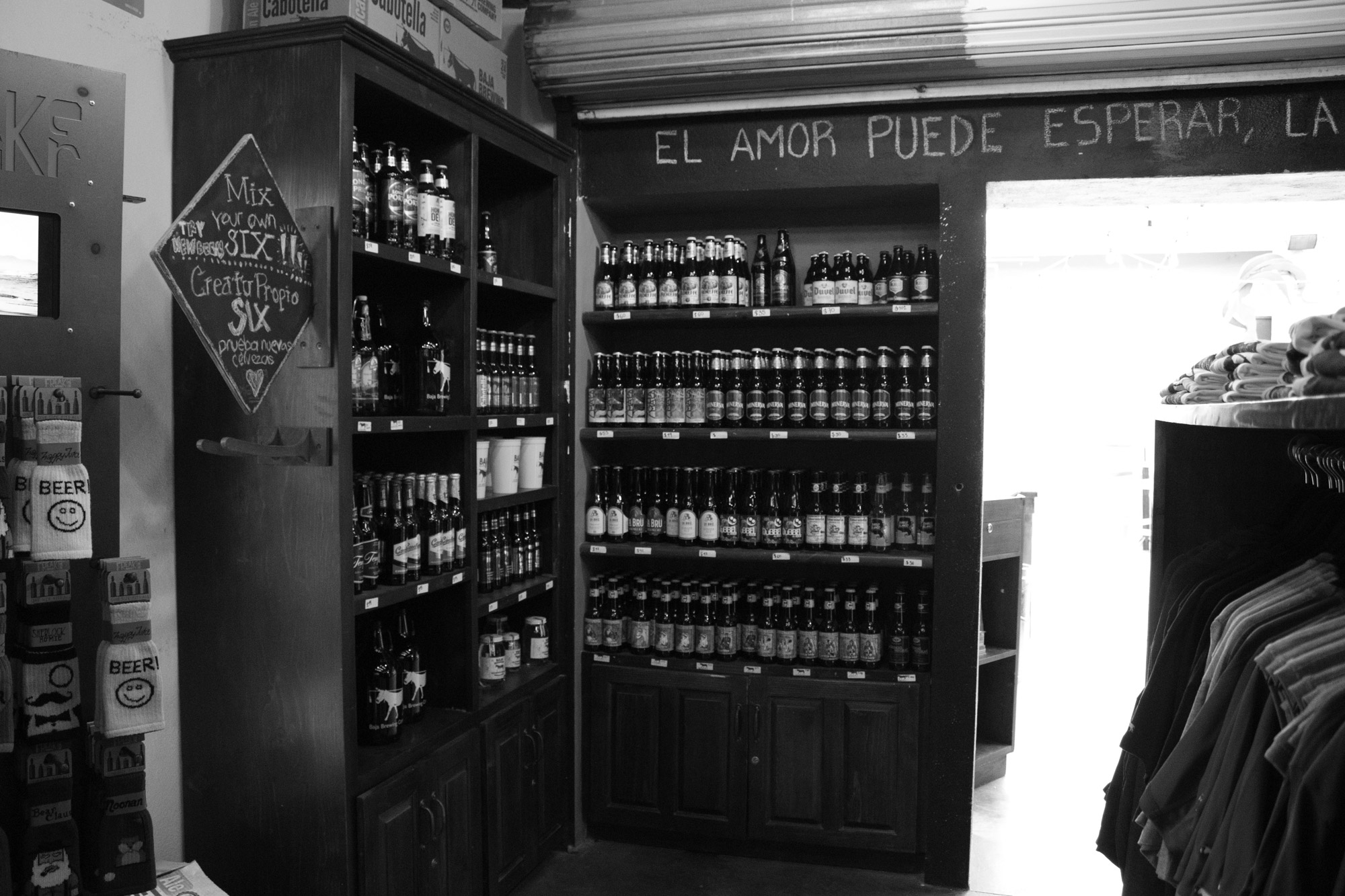 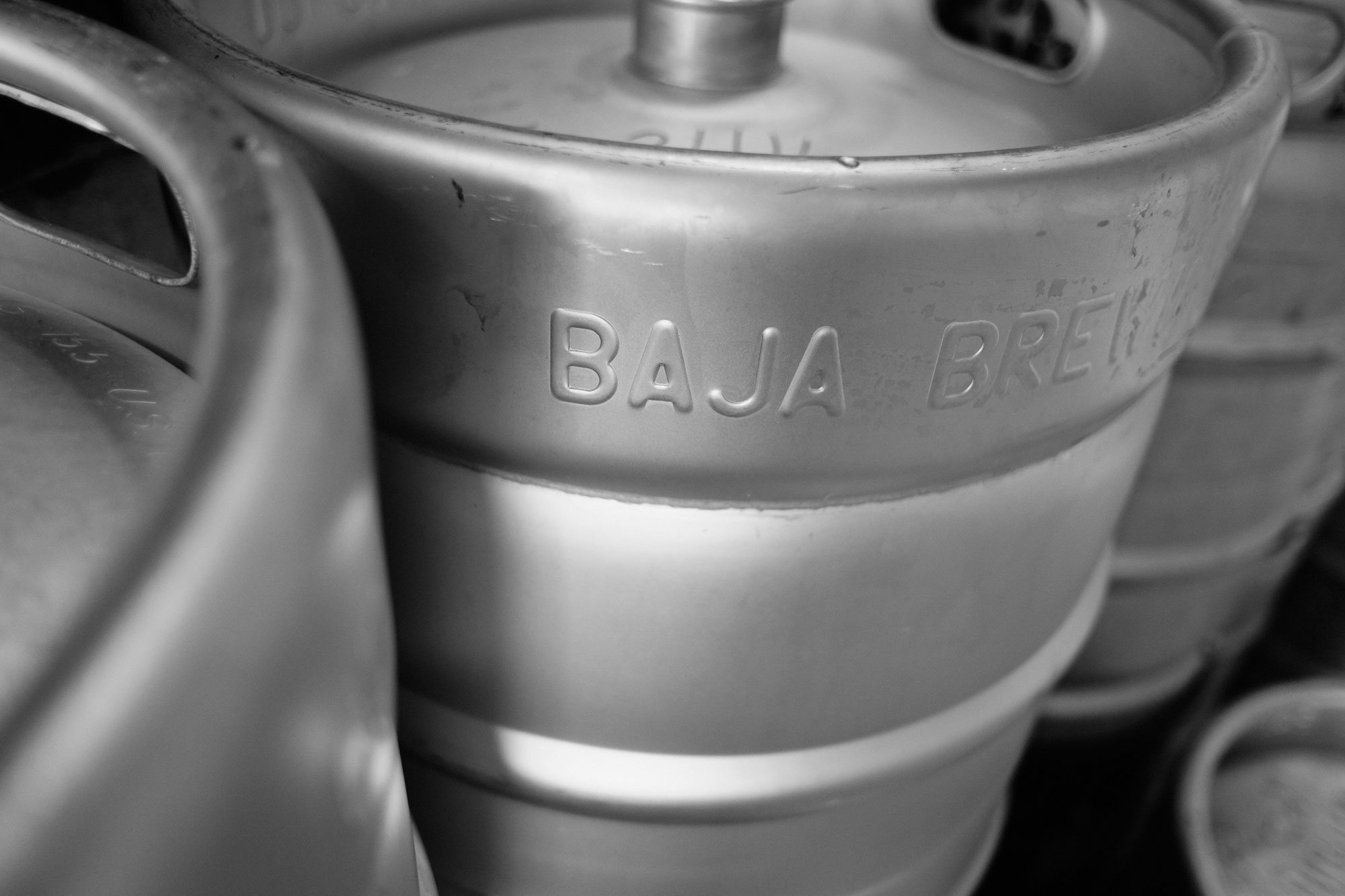 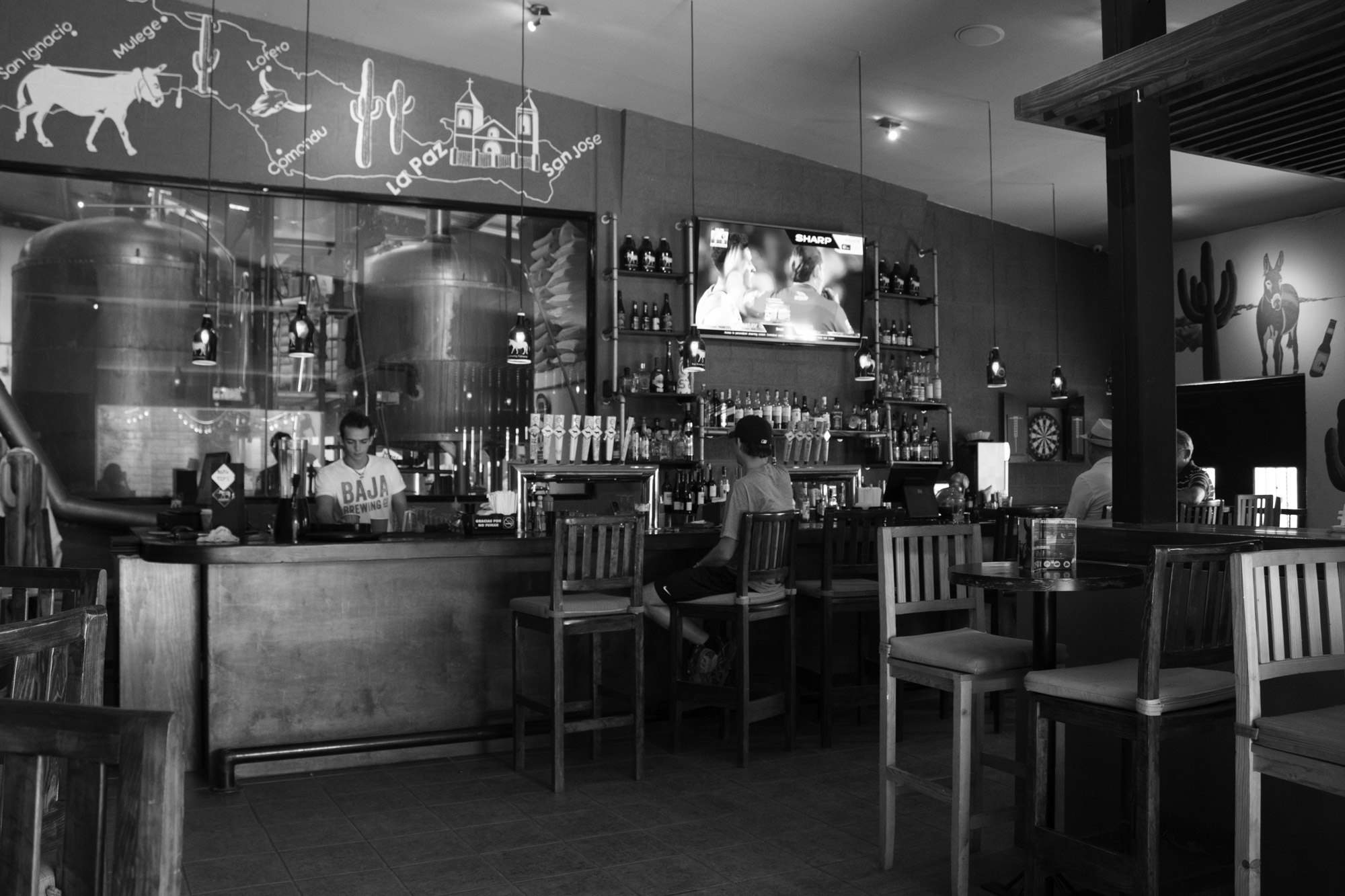 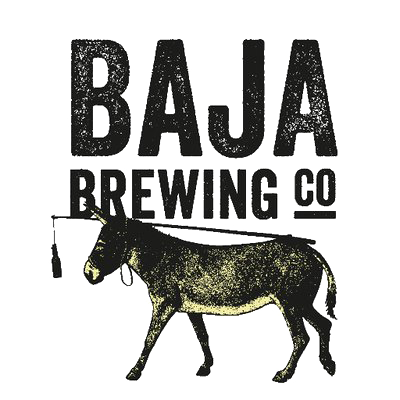