Like in many places, Los Angeles’ beer scene is having a bit of a boom as of the last few years. And nowhere in the City of Angels is this more evident than the trendy downtown Arts District enclave. One of the first breweries on the scene in the ‘AD’? The aptly named Boomtown Brewery. Co-founder John Rankin, along with his brewing partner Sam Chawinga, began their brewing outfit in 2015 and opened their enormous taproom shortly after, in 2017.

We caught up with Rankin just ahead of their 4th anniversary to discuss the benefits of brewing in a melting pot metropolis, how LA’s beer scene has aided their growth and just what kind of growing pains came to light for a non-brewer looking to begin a brewery. 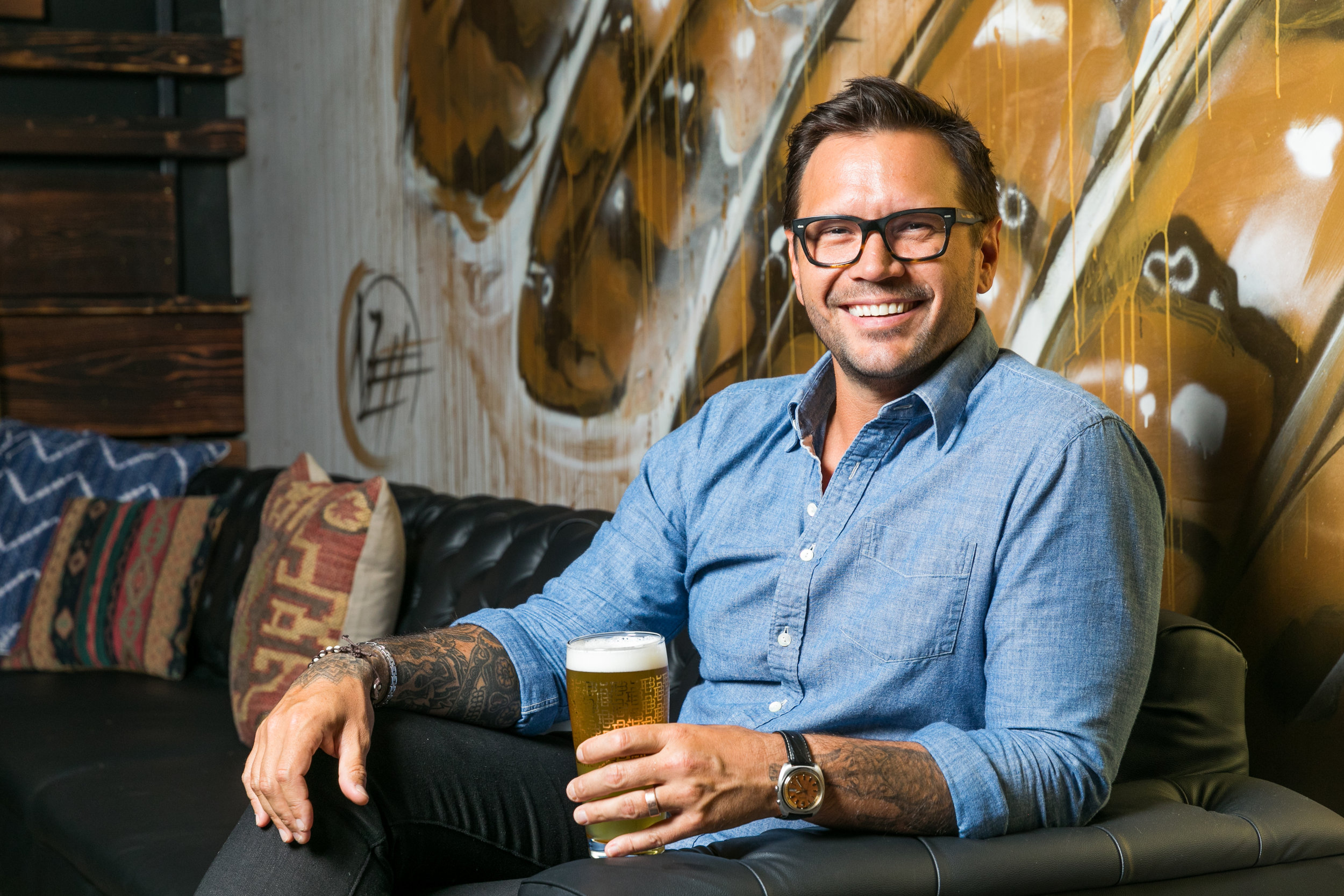 John, you have a culinary background–how has that influenced what you do at Boomtown, both in the beer and the public space?

My background is in culinary and hospitality–it’s really all I’ve done my entire life. I would say the culinary side has given me enough of a palate to be able to taste through things and have more intelligent conversations with [my brewer] Sam [Chawinga] regarding styles, recipes, and fun combinations. And as far as the public space–operating restaurants, bars, and nightclubs is what I’ve always done, so that all certainly helped in knowing what I wanted for the taproom, it’s function, training for procedures, as well as tastings, etcetera.

Your partner, and brewer, Sam Chawinga, is the original mind behind the beer at Boomtown. Not being a brewer yourself, what were some personal challenges or growing pains for you in opening a brewery?

I would say the biggest challenge was undertaking manufacturing, particularly on this level. That, and taking on such intense growth, so quickly, while upholding quality standards. Kitchens produce consumable goods as well of course, but not in the same way. Breweries require so much planning, forecasting, financial output… There was–and is–definitely a learning curve there, but that’s also one of the reasons it was so intriguing to me. It was just enough outside of my ‘norm’, that is was a great learning process and it was invigorating–and still is. It also gave me an opportunity to really flex my design hat with branding, marketing, apparel design, etcetera, which has been super fun. 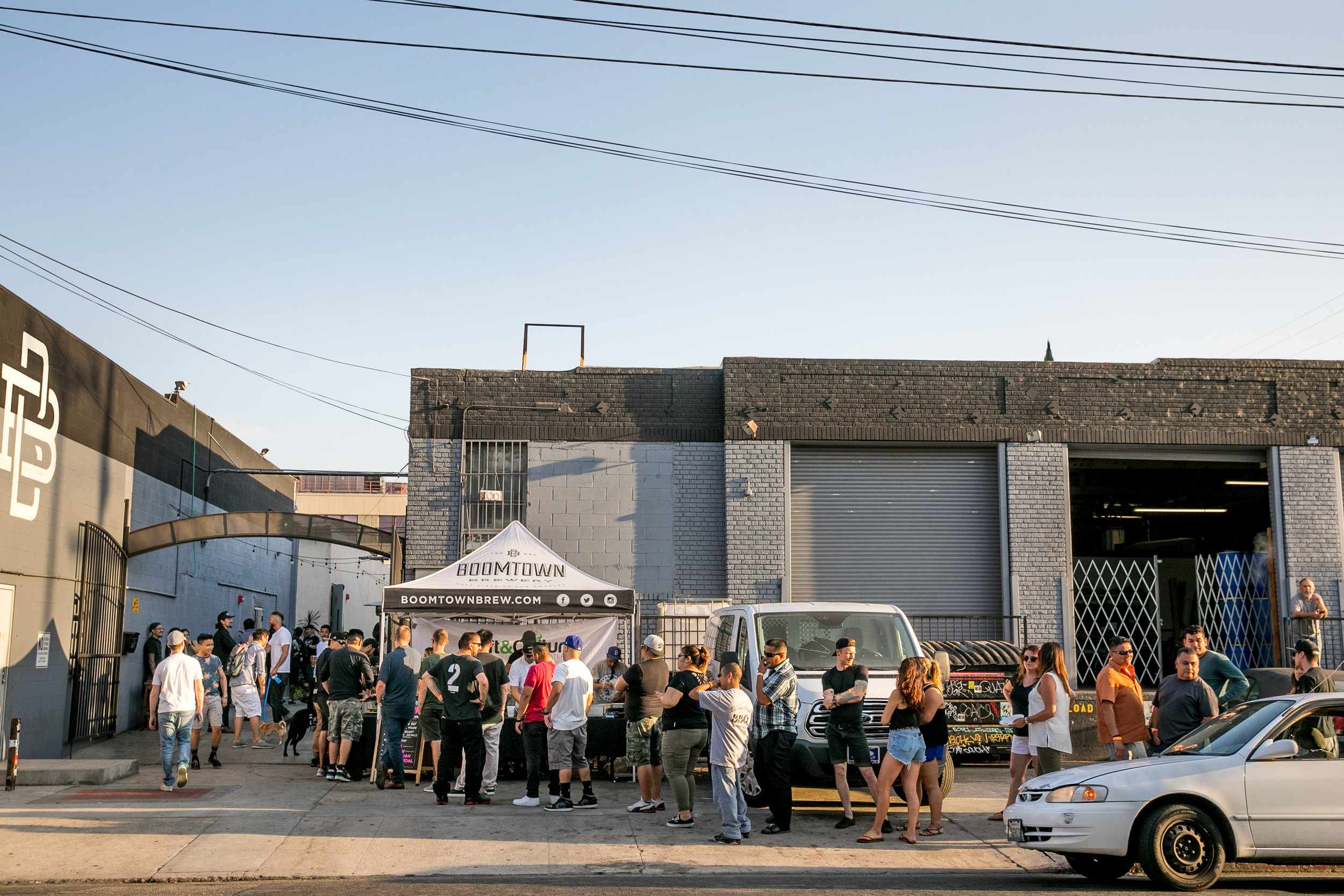 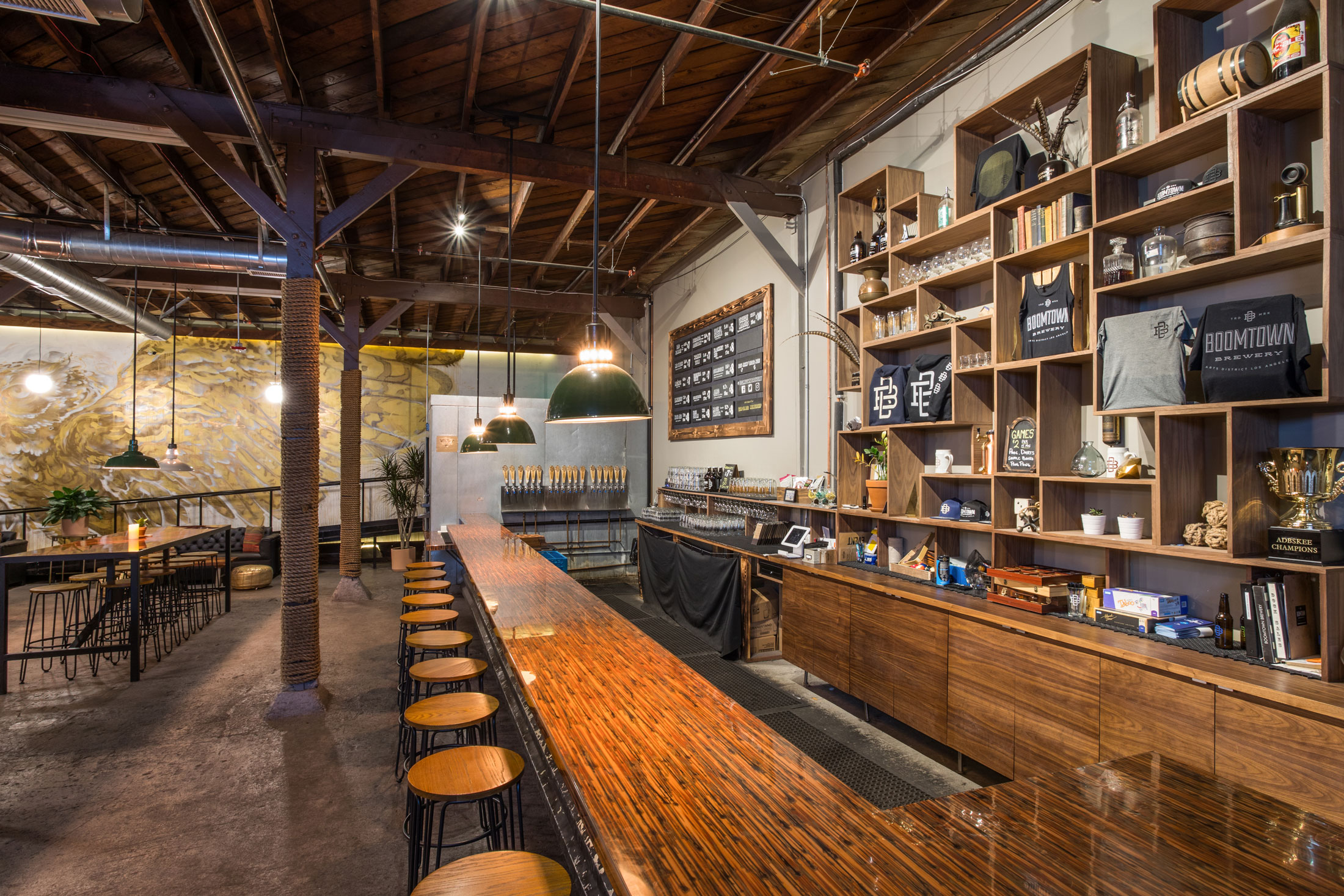 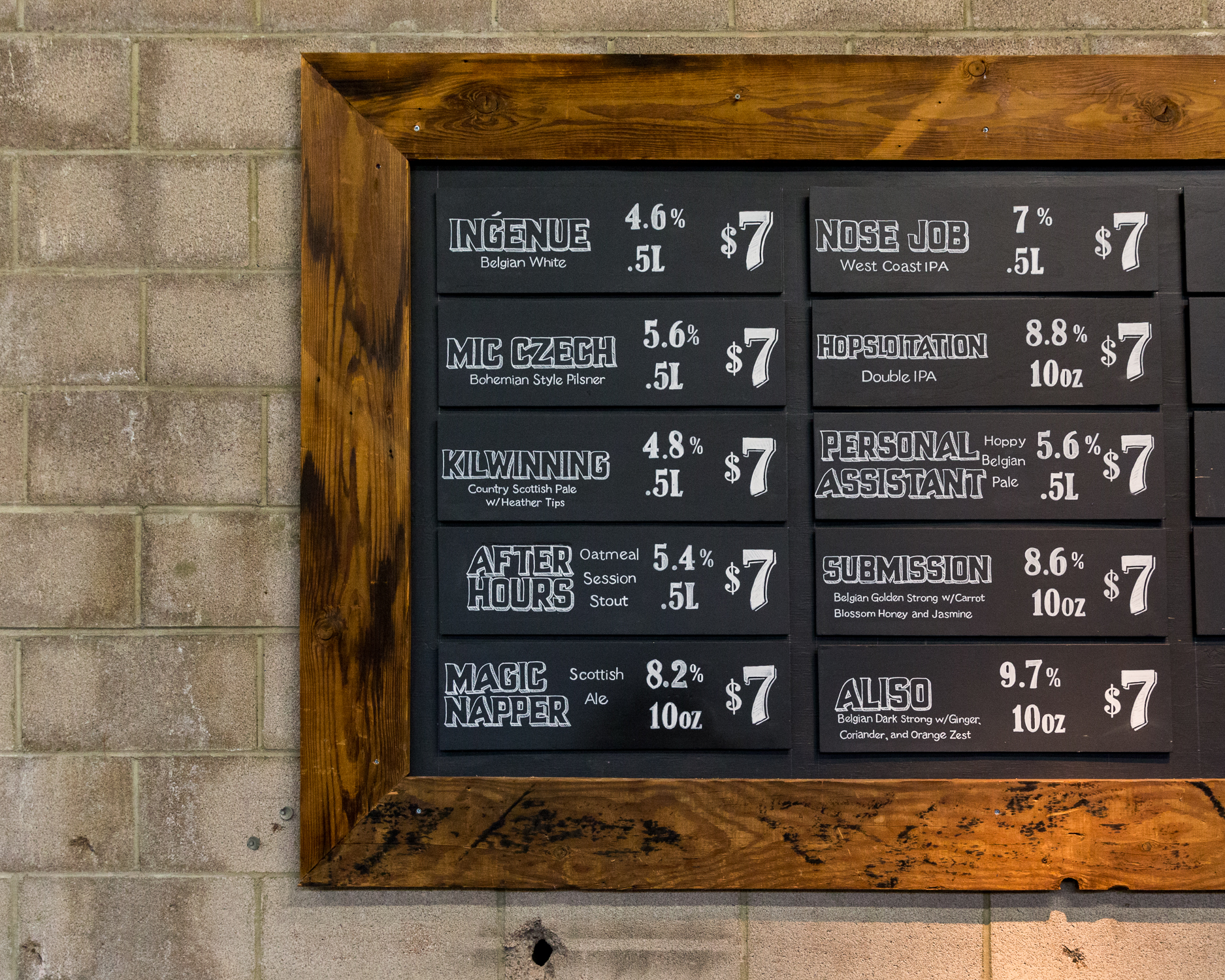 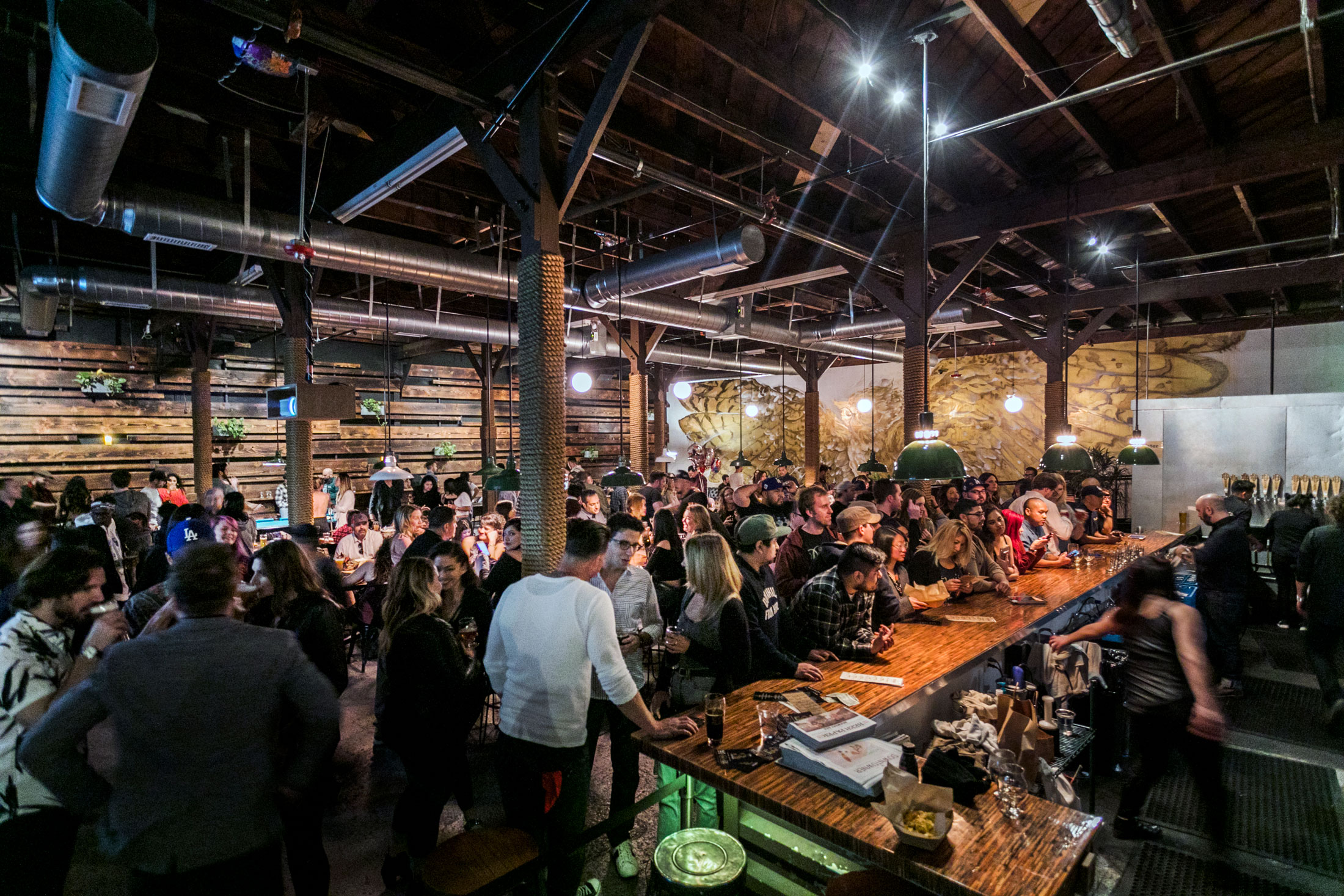 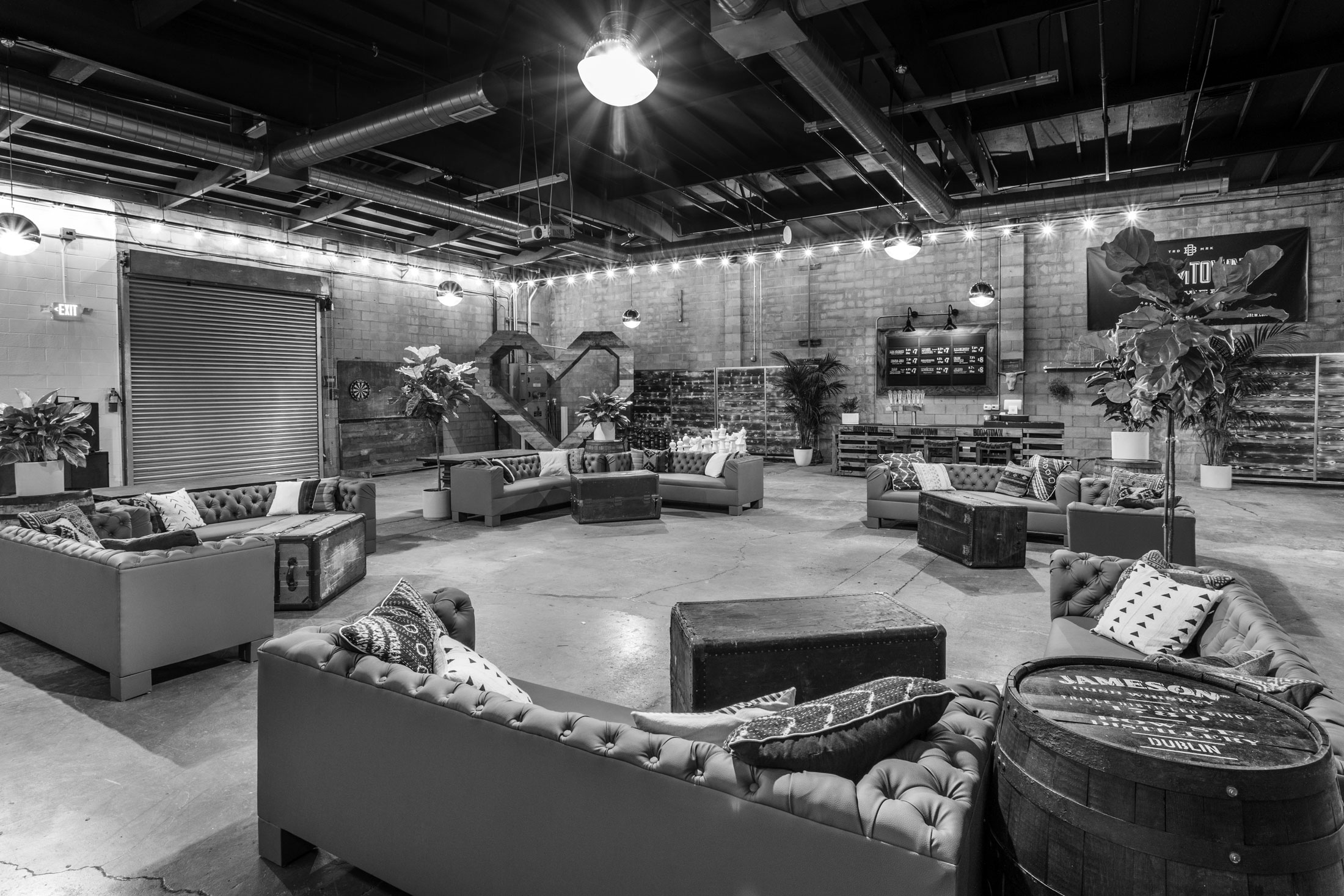 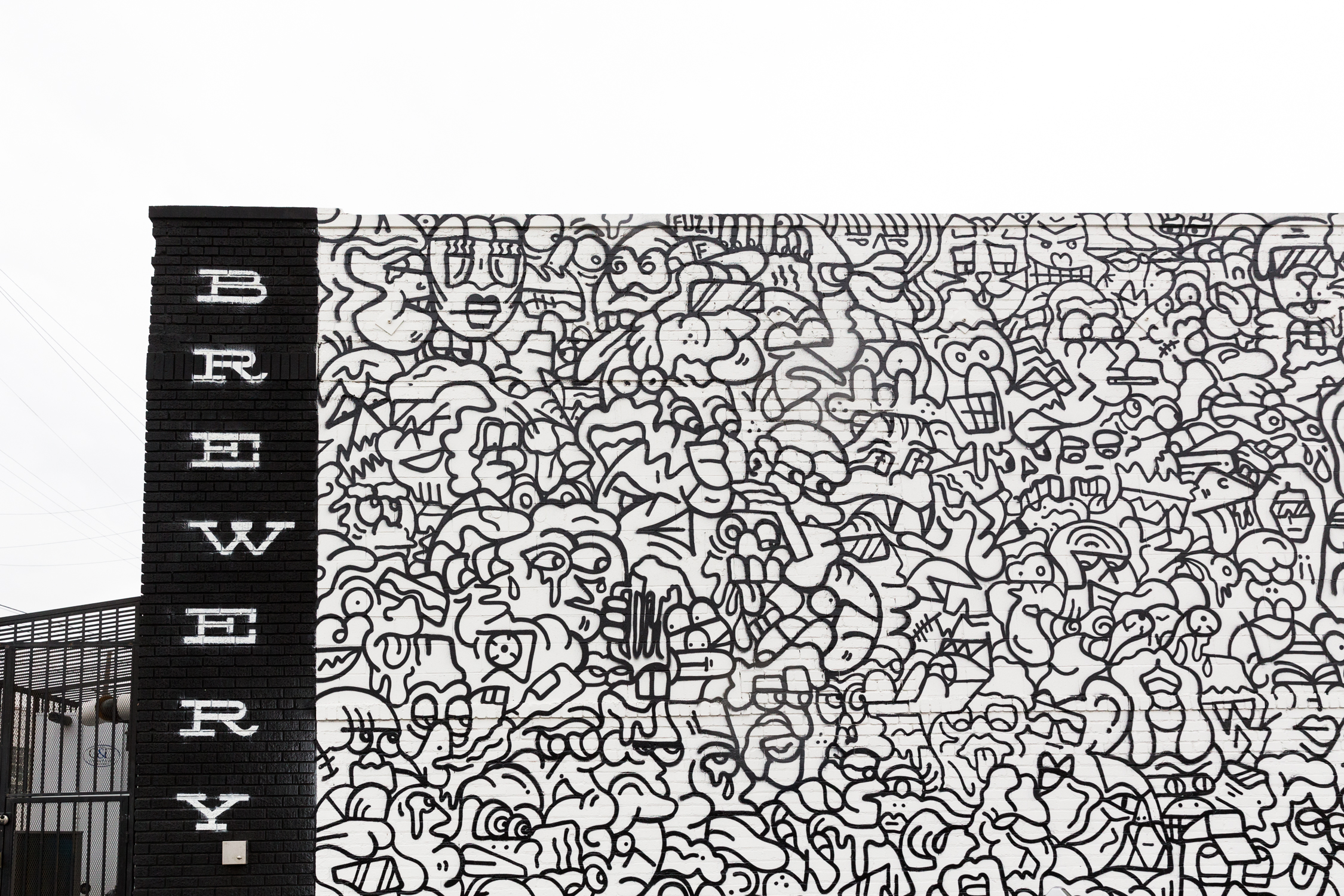 LA’s Arts District is having a ‘moment’. Was the decision to open your brewery here, rather than elsewhere an easy one? You initially looked into Hollywood, correct?

I would say it was an easy one. Being the first brewery in Hollywood would have been great as well, but as that became more challenging and expensive, the natural next move for us was the Arts District. I feel like the ‘AD’ is LA’s ‘Brooklyn’, to Manhattan. To me, it’s one of the highest concentrations of great food, music, design, and arts in Los Angeles. I’m personally very happy we’re in the Arts District, but perhaps we will see a satellite taproom in the future which would also make us very happy!

The West Coast beer scene has a long established and well known reputation, but what makes Boomtown unique, and the beer scene in LA unique as a whole?

For me, the scene is LA is unique because of the mix of cultures here–as I suppose it is in most cities. LA was one of the original “Boomtowns” in California–hence our name–and the booming beer scene is no different than anything else LA does or has done…fast and on a pretty grand scale, with a rich diversity that embraces cultural differences. I think Boomtown stands out based on that diversity. I truly feel blessed to have a partner and head brewer that’s so talented, and can take on any style and make our own unique representation of it within that genre. Couple that with our nightlife at Boomtown, and I think it’s made a pretty special place for people to feel a part of a community. 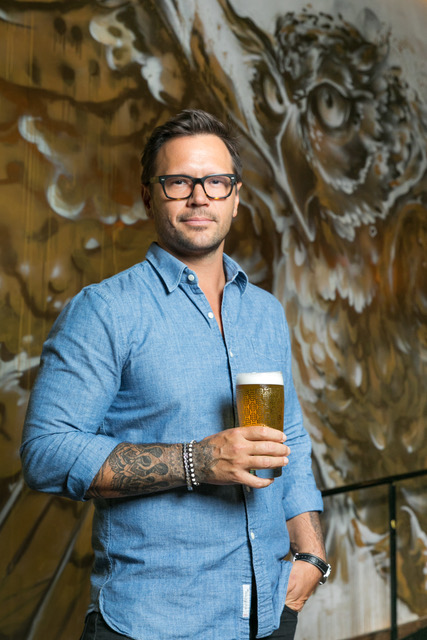 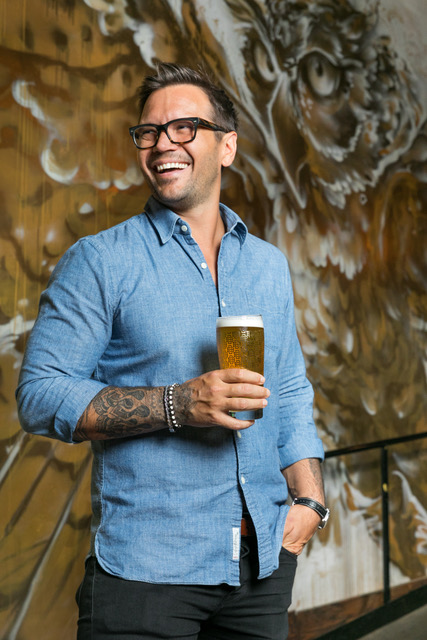 How has LA’s melting pot of cultures and tastes influenced the brewery and the approach to the beer you make?

LA has such an uncanny ability, or platform, to be such a playground for things that are unique, but also authentic. People in LA can sniff out corporate B.S. like a fart in a car, so you have to be true to yourself. If you can do that, then play in all the playgrounds and collaborate with all the neighborhoods and cultures–that only makes you stronger and more relatable. As long as people know what to expect from you and your brand while you step into new styles, I think anything is possible here.

You’re coming up on your fourth year as a brewery and the second year of the taproom. How has communal or competitive has the local beer landscape been since you began Boomtown?

I think in general, there is very much of a communal feel in beer, and that’s certainly true of Los Angeles. We have always taken the viewpoint that there is more than enough to go around. We would never speak ill of another brand, and more to the point, we would help in any way possible. When we get new equipment delivered, I’ve seen as many as four different breweries send people to help, it’s a big job bringing a 60BBL fermenter online! And we do the same for them. We even have a little ‘guild-inside-a-guild’ called the Downtown LA Brewers United, where we have regular festivals including the breweries that participate in our downtown community.

Related Reads
People
11 Brewers Share Their New Year's Resolutions For 2021
People
A Pint with Leashless Brewing: How One Brewery is Revolutionizing Organic Craft Beer
People
Athletic Brewing Co. Is Making Non-Alcoholic Craft Beer Cool in 2021
Knowing what you know now, what is one thing you would do differently if you were to open a brewery in LA today?

I think this answer would be the same for any brewery, anywhere, and that is: be fully capitalized, including anticipated growth. It’s a fine line, I suppose, between under- and over-capitalized, but being behind just makes it that much more difficult. 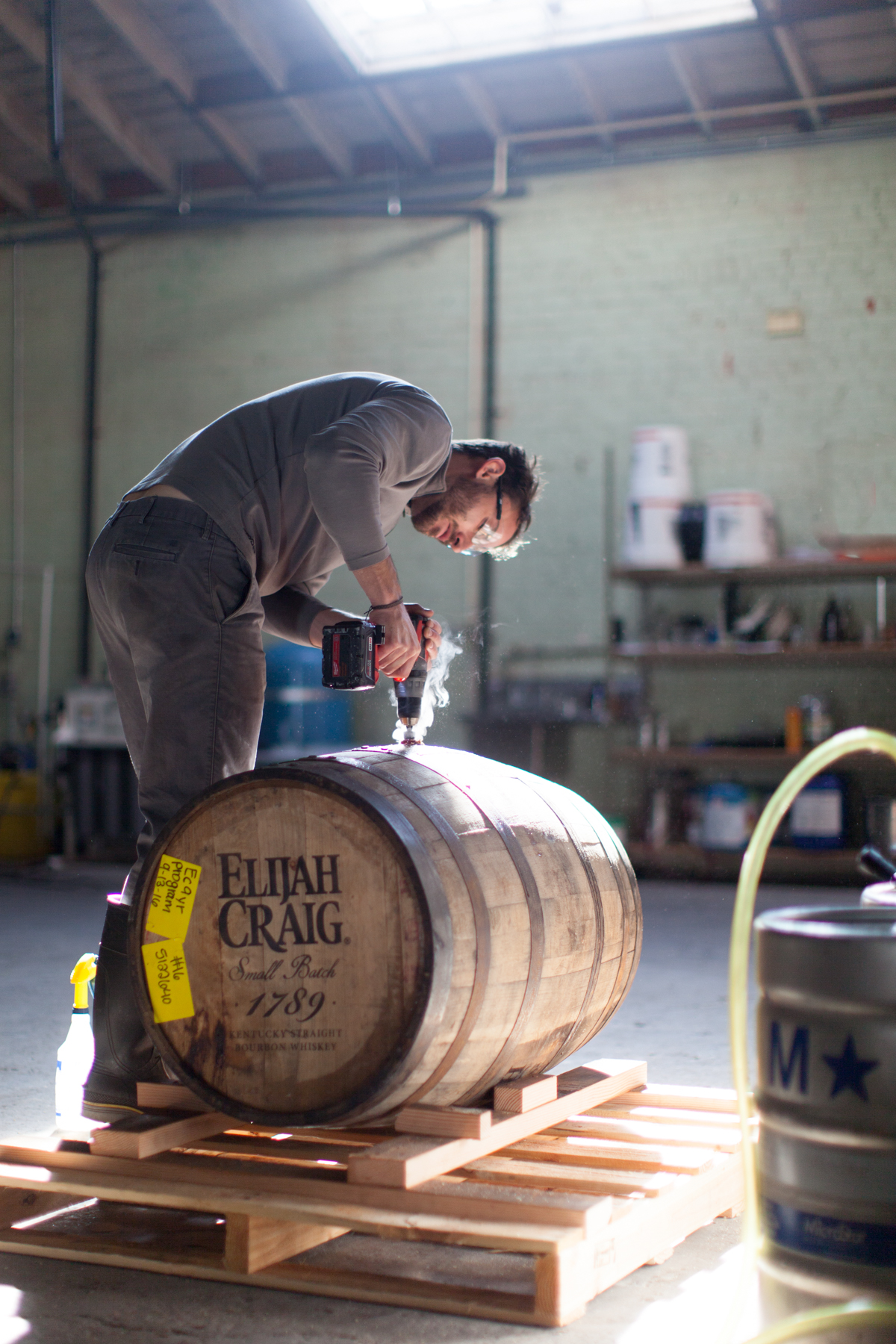 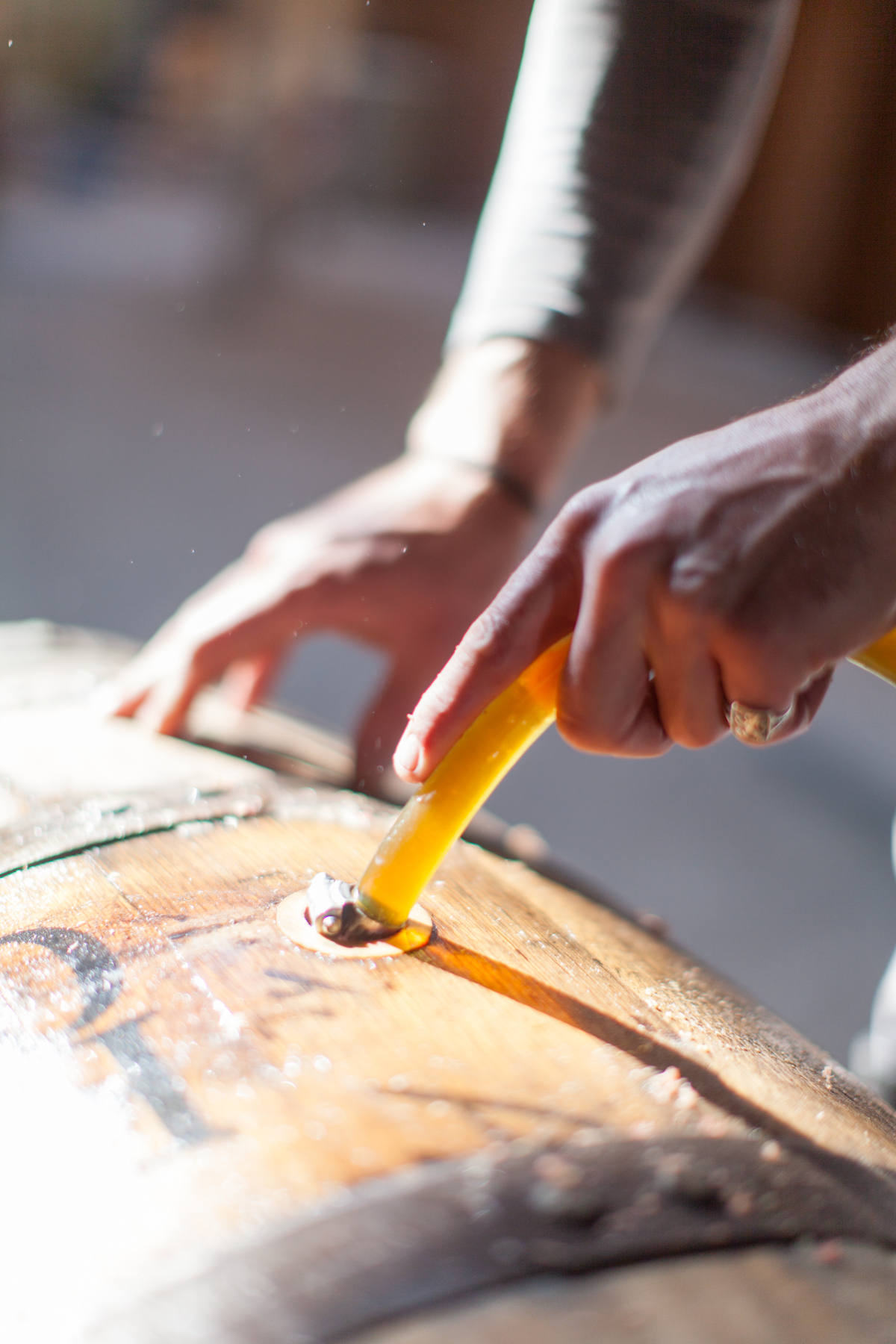 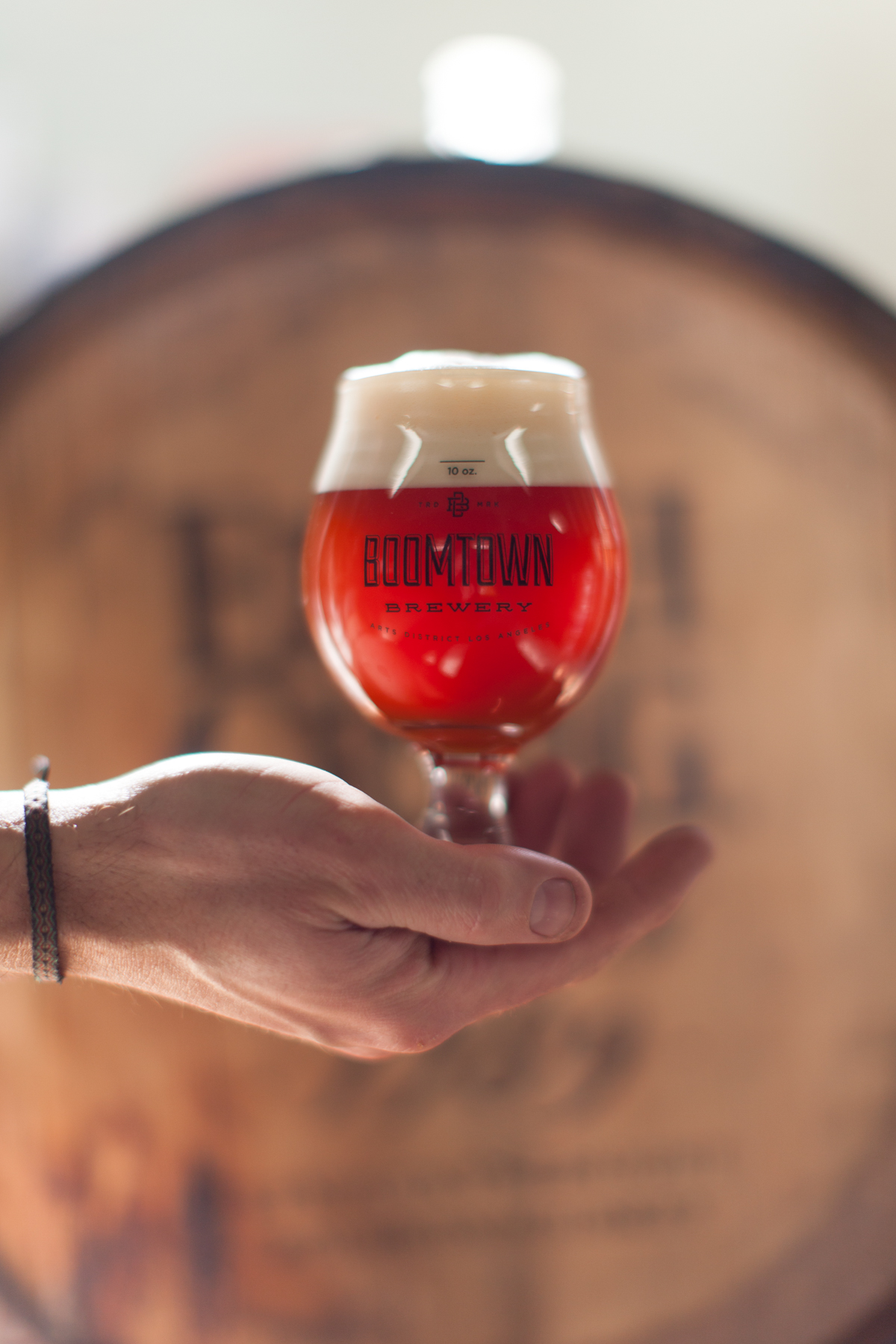 What makes you happy or gets you excited as a brewery owner?

Nothing makes me more happy than to know we have connected with people, and they think what we are doing is the best that they know of. Be it one of our events, a new beer, one of our amazing staff members, or whatever the case is…when you hear how much someone loves what you do, nothing feels better to me. It’s also been really amazing to be able to support all the non-profit stuff we do, that’s something we all decided to do in a big way since the beginning, and we still support everything we can.

Good question! Man, I don’t know if a lot if people know that I have three kids. That’s probably bit of a shocker for some.

What is in your fridge at home? Other than Boomtown of course…

If its other than Boomtown and it’s beer, it’s because there was something interesting I wanted to try like a sour or a barrel-aged something… Recently that would include Angry Horse Brewing [Montebello, CA] Purple AF, which was a tasty rye saison with hibiscus and coriander. Also, currently, I have some homemade kombucha, and quite a bit of cold brew… 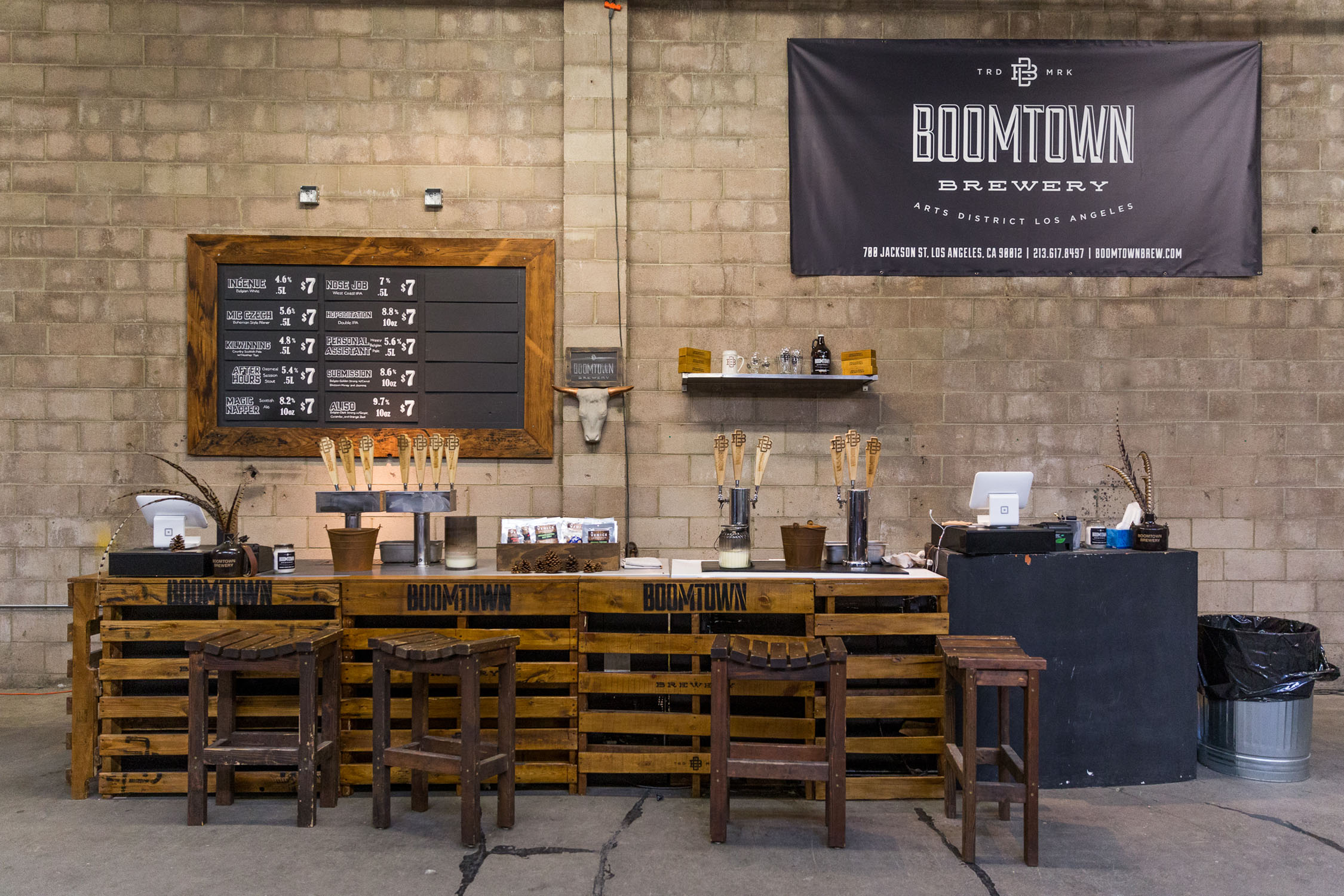 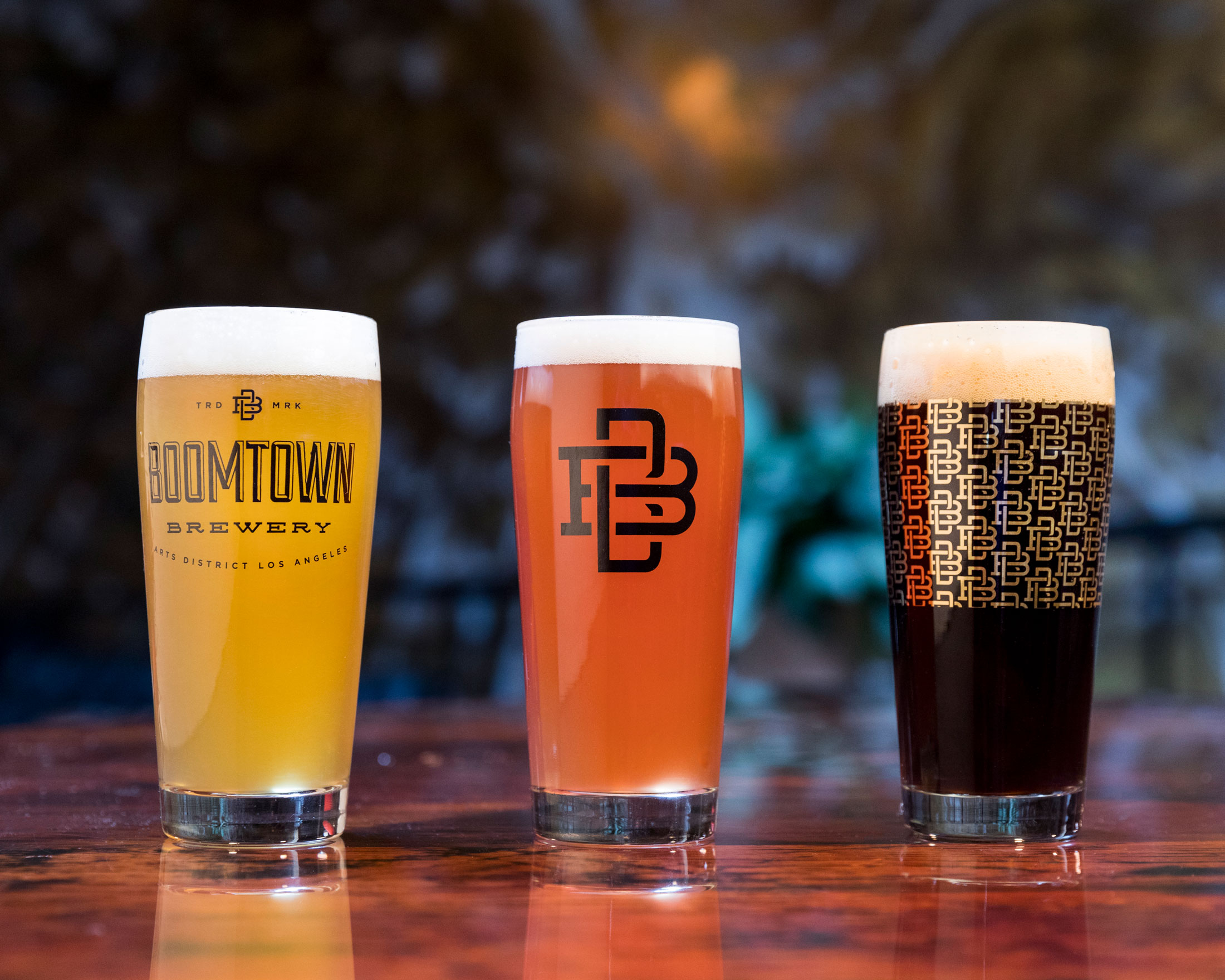 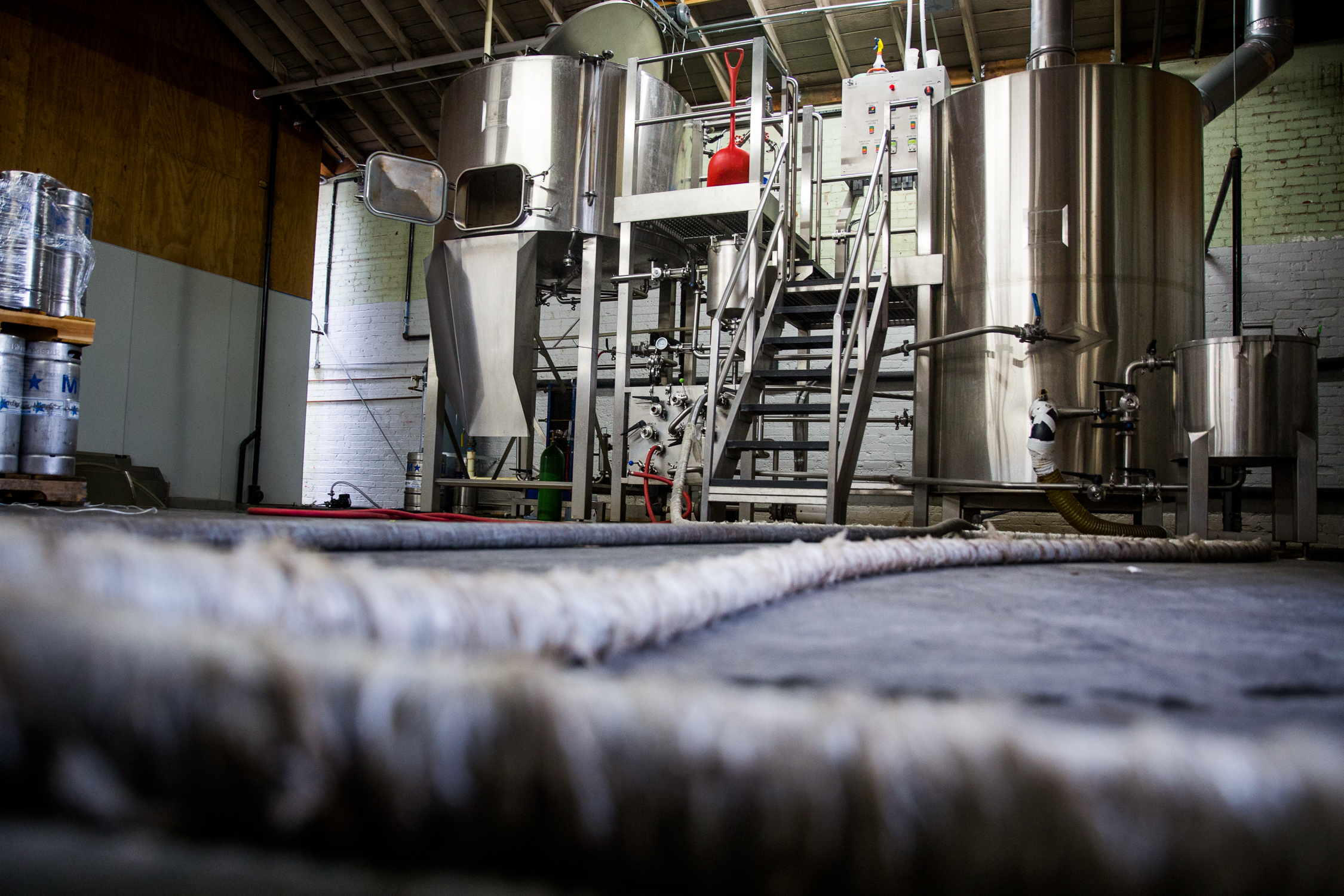 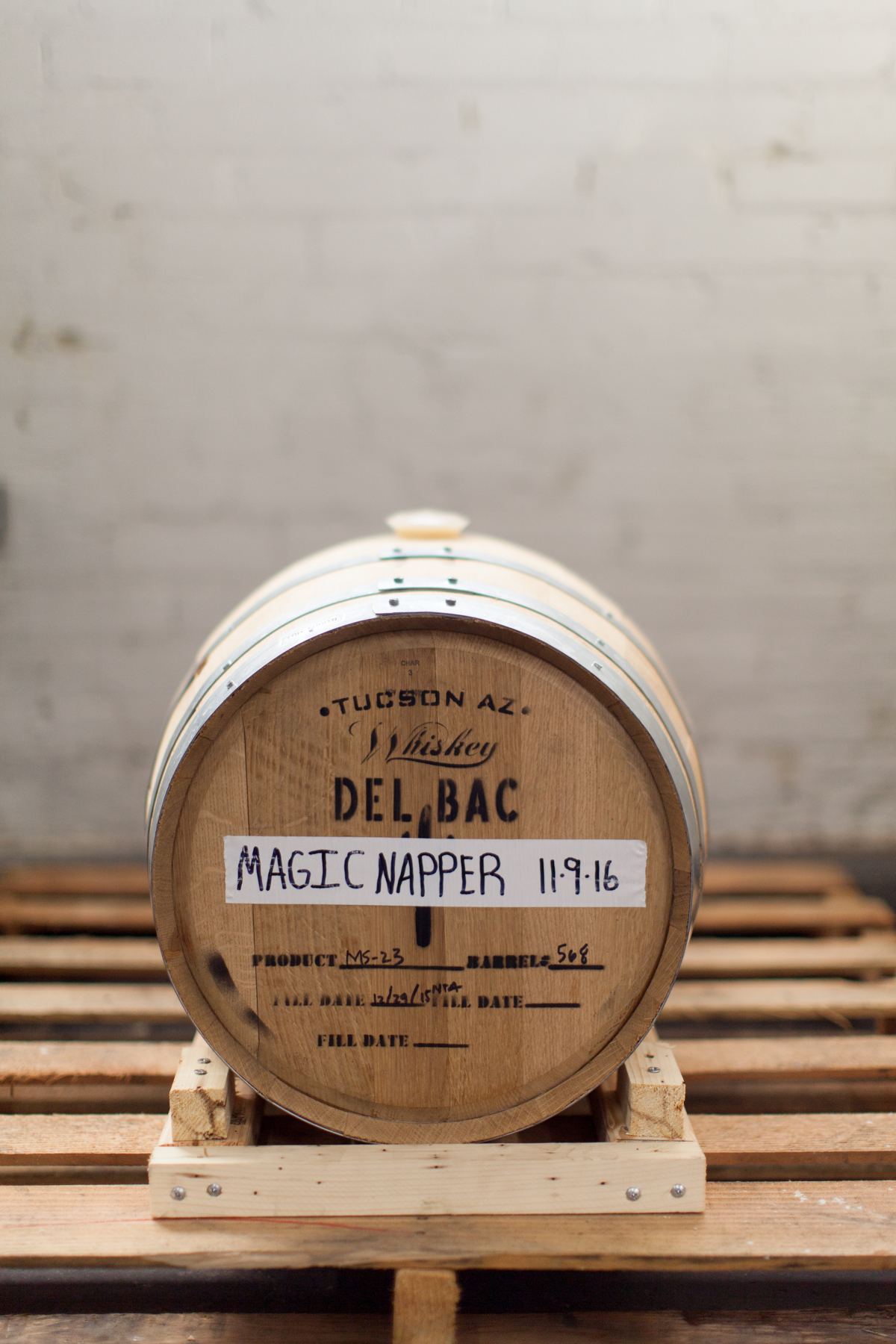 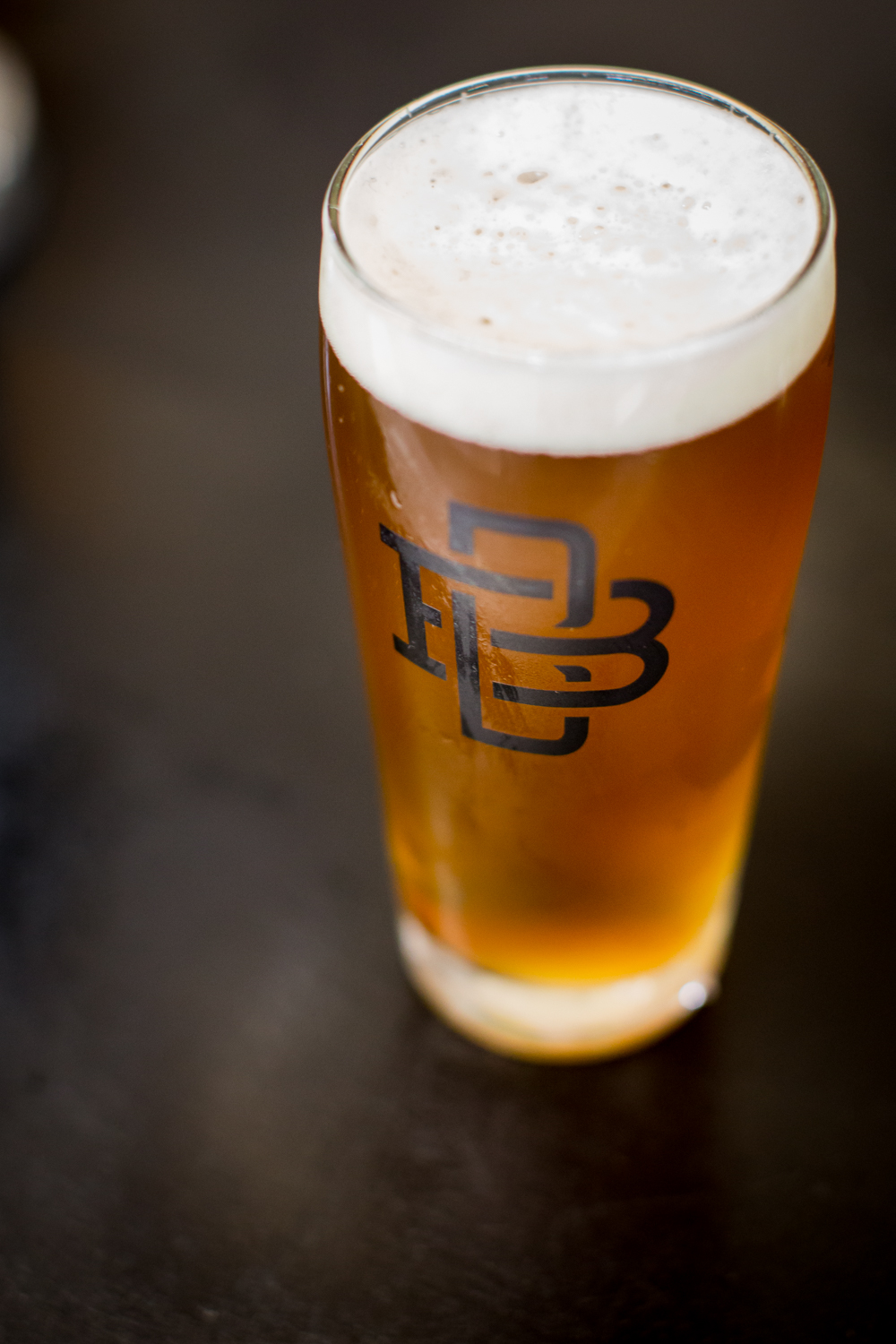 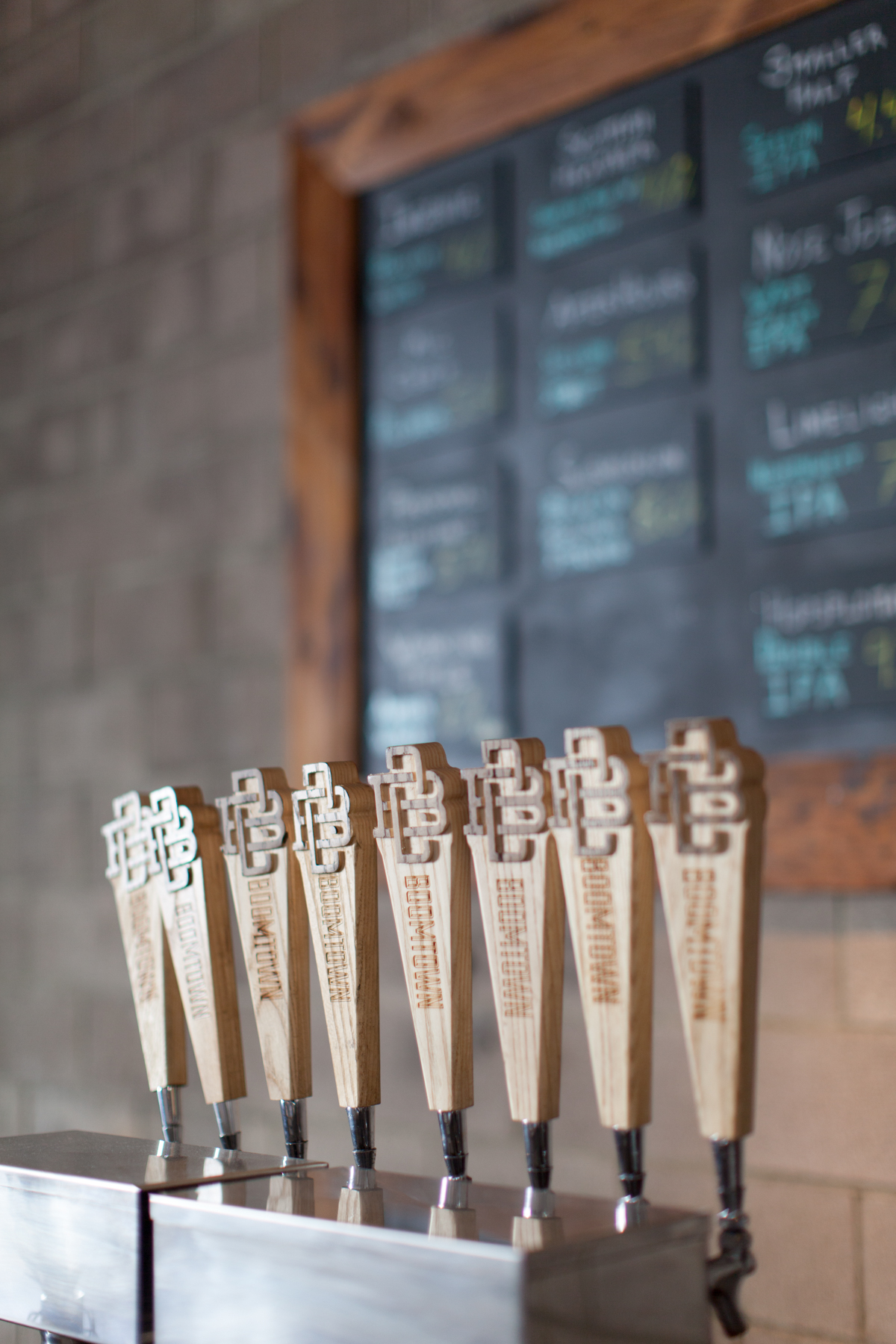 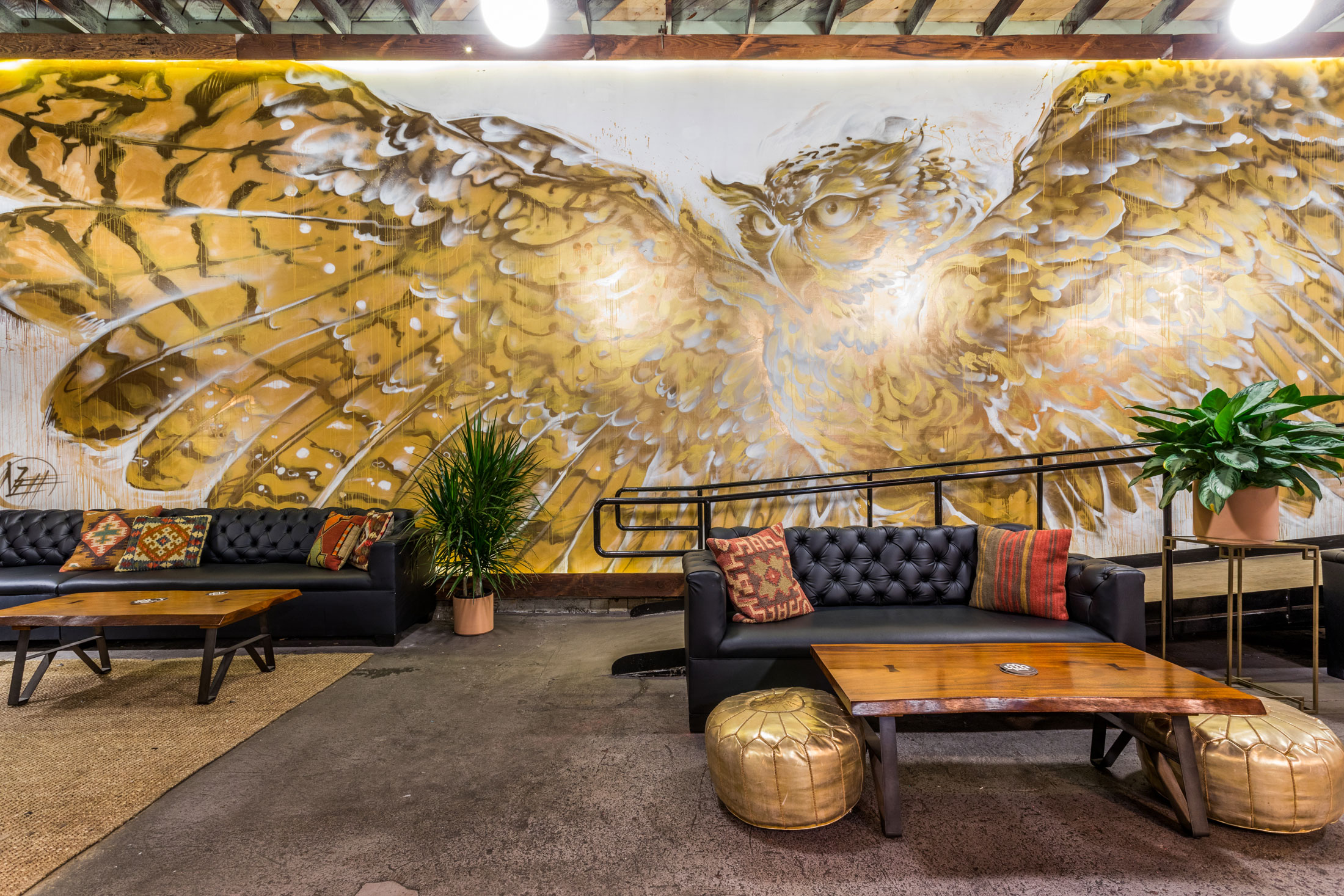 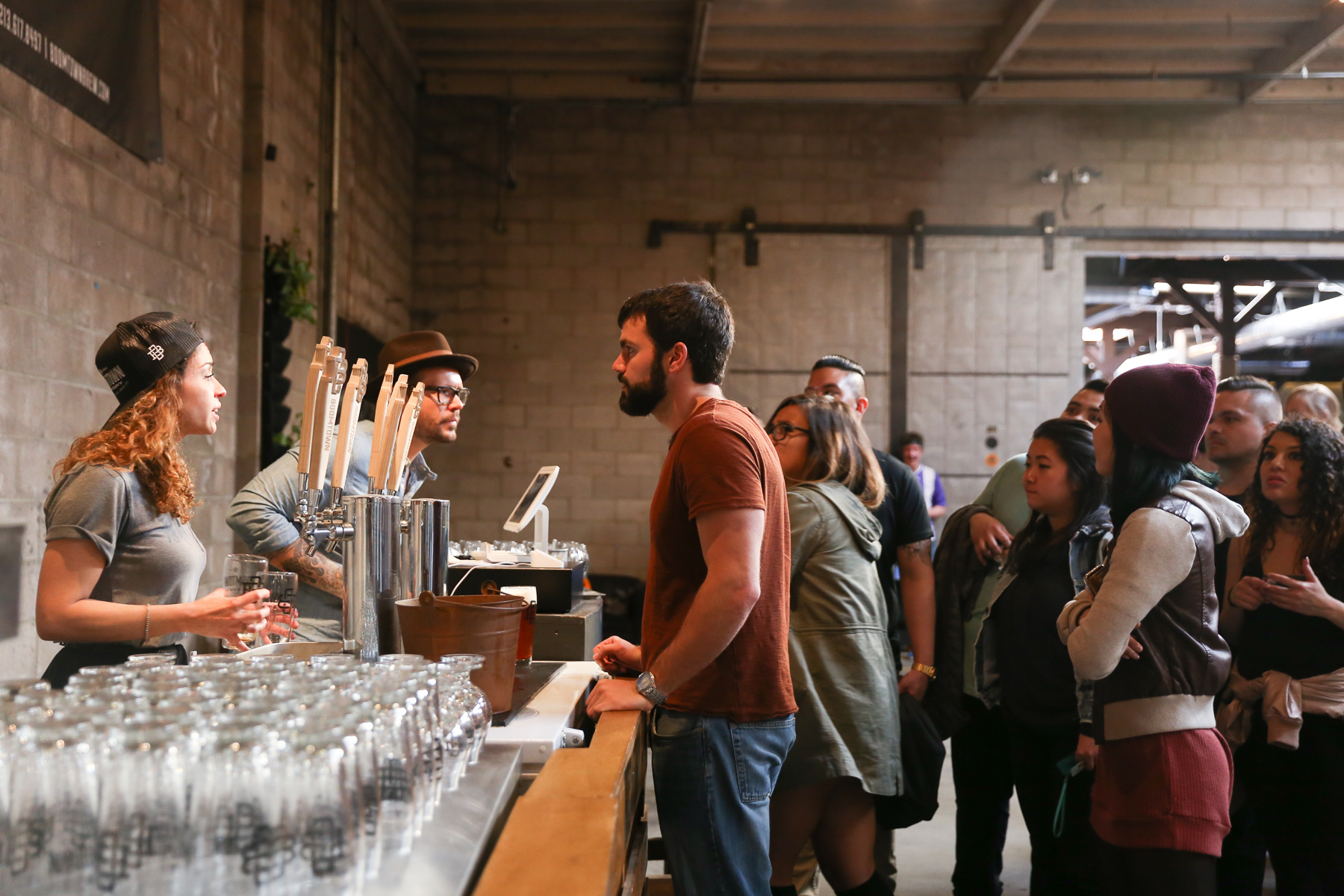 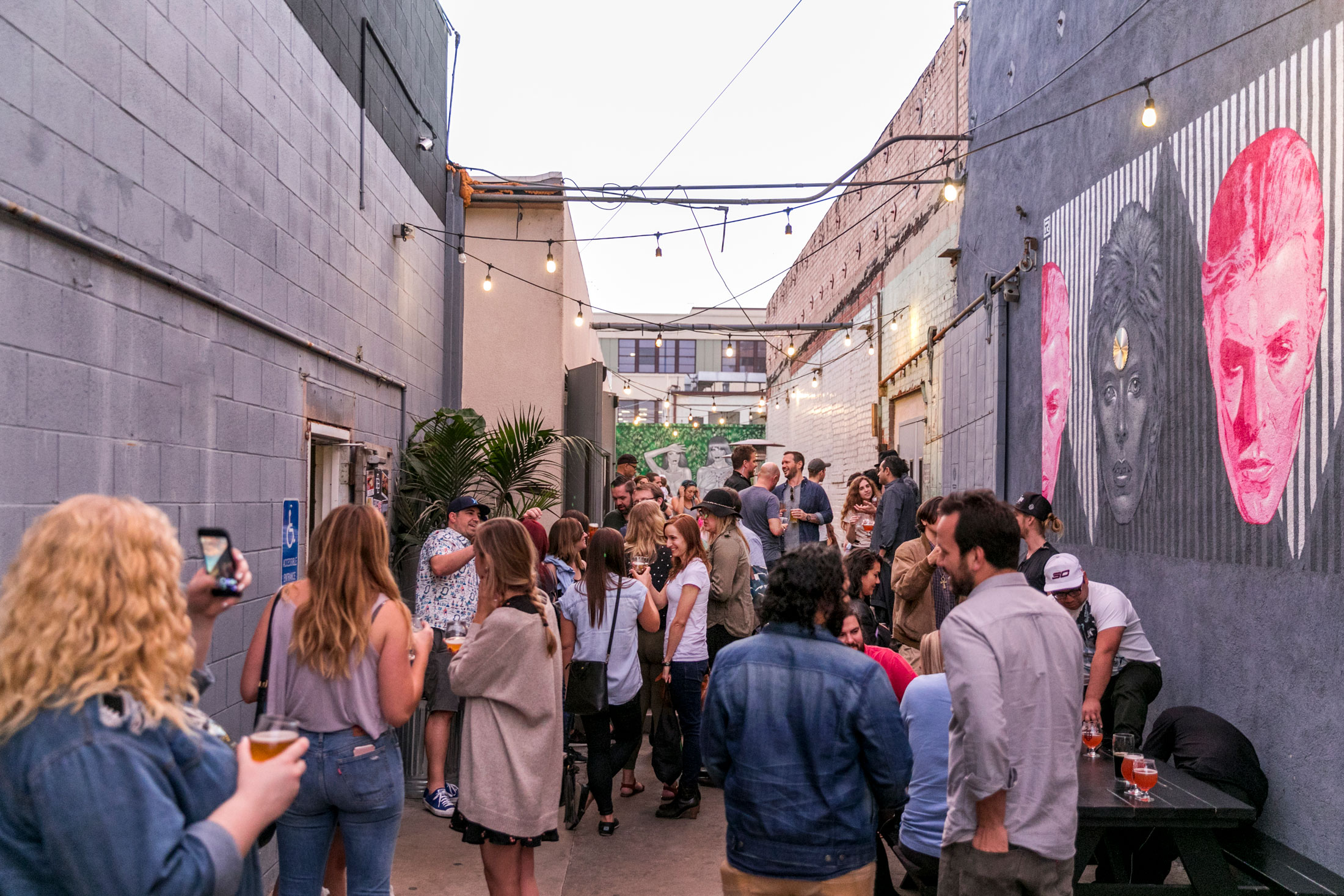 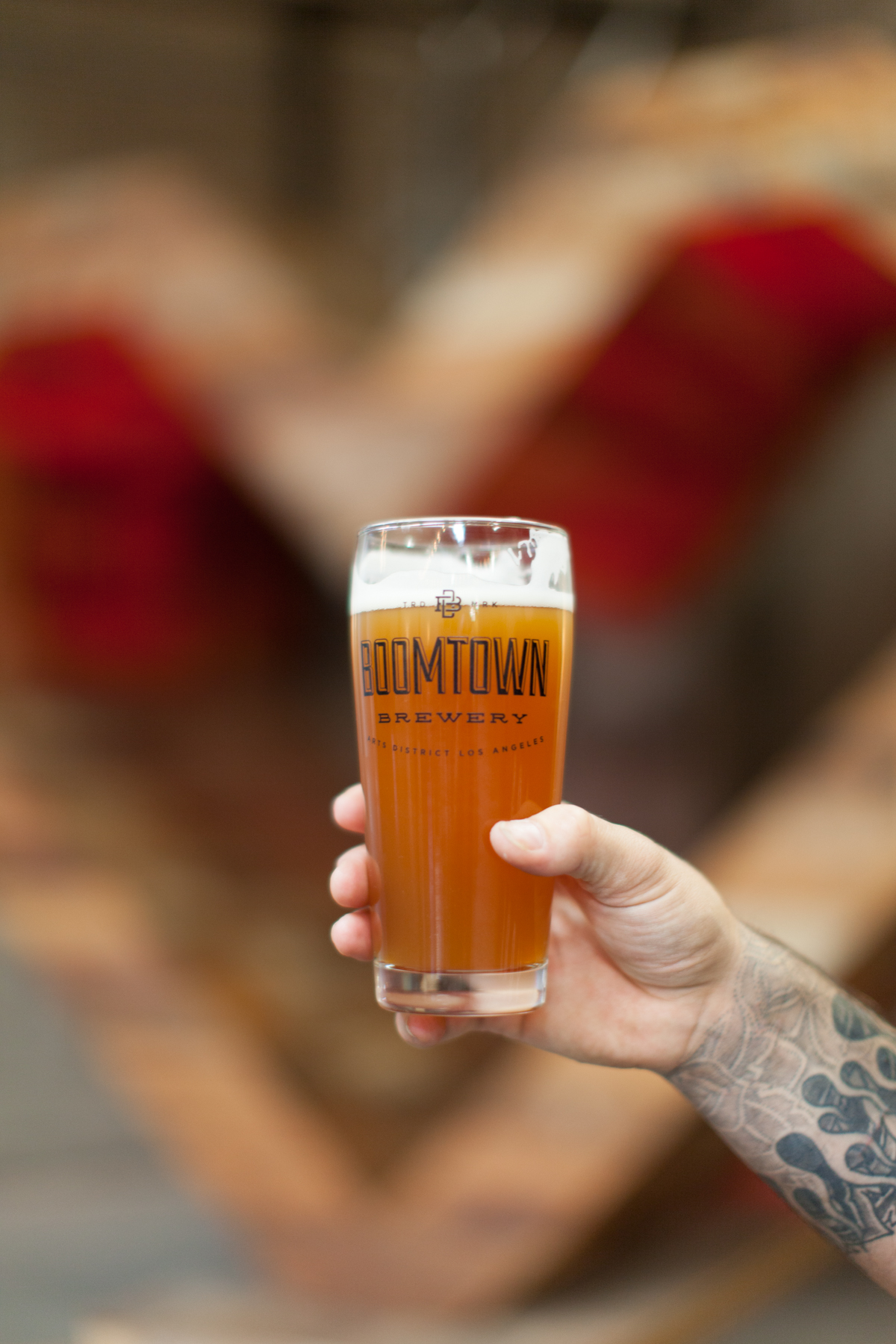 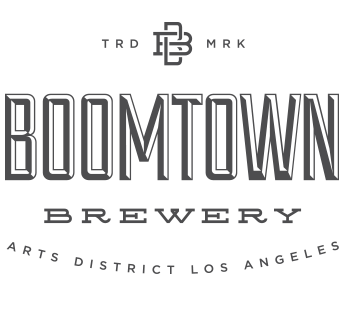