One craft brewery, three brothers hailing from southern Sweden, and a whole lot of microorganisms: this is Brekeriet. Back in 2012, the brothers Ek were ahead of the curve opening Sweden’s first all brett fermented brewery. What they didn’t realize at the time was their decision to focus on nontraditional fermented beers saved their brewery from catastrophic disaster. An infection in the brewhouse could have spelled an early end to the brother’s dream, but instead of closing up shop, they embraced the bug and harnessed them to enhance their rustic farmhouse ales.

Today Fredrik, Christian, and André have moved into a larger brewing space and are gaining respect around the globe for their wild fermented brews. And while taking inspiration from craft brewers across the country, the US is still somewhat uncharted territory for the Swedish brewers, with bottles in very select markets and only a handful of kegs that have made the trek across the Atlantic. We sat down with Fredrik and André at the Lincoln Park standby, Local Option, to experience Brekeriet’s first US tap takeover and learn more about the brothers Ek.

Your beer is premiering in Chicago for the first time ever on-premise tonight. We hear it was quite the ordeal getting it here—through Louisville?

André Ek: Yeah, there was some sort of delay in transportation from the Shelton Brothers fest. We grabbed a rental in Louisville and drove them here ourselves.

Any chance to explore Louisville?

AE: We got out to Against the Grain and saw their production facility. We didn’t get a chance to go out and see any of the distilleries unfortunately.

What other cities in the US has Brekeriet been on tap?

That is another event we have to go to.

Fredrik Ek: A month ago we went to CBC (Copenhagen Beer Celebration) in Boston, Mikkeller’s beer fest in Boston. That was similar to the Shelton Brothers festival.

What has the reception been in America so far?

FE: It has been pretty good all over. Since we started to sell to Shelton Brothers, all over it has been a good reception. We have been shipping bottles for about two years, but not very much. It always gets nice reviews. It’s a huge country, so it is hard to get into each market.

AE: I want to at least think that if you have heard of Brekeriet, you know that it is a good product. Do you know the meaning of the name Brekeriet is?

Actually, no. Why don’t you enlighten us.

FE: We are three brothers running the brewery — our last name is Ek, so it’s “Br” for brothers, “Ek” for Brothers Ek, and “eriet.”

AE: It’s kind of a bad play on words. It works better in Swedish than in English.

FE: It has no translation, so even in northern parts of Sweden they don’t know how to pronounce it. Maybe that’s one way of getting the name into people’s brains.

How did you get into the brewing industry?

AE: We started as an importer of Belgian and French beers into Sweden in 2010. Then we started to brew in August of 2012.

So no beer of your own at the beginning? 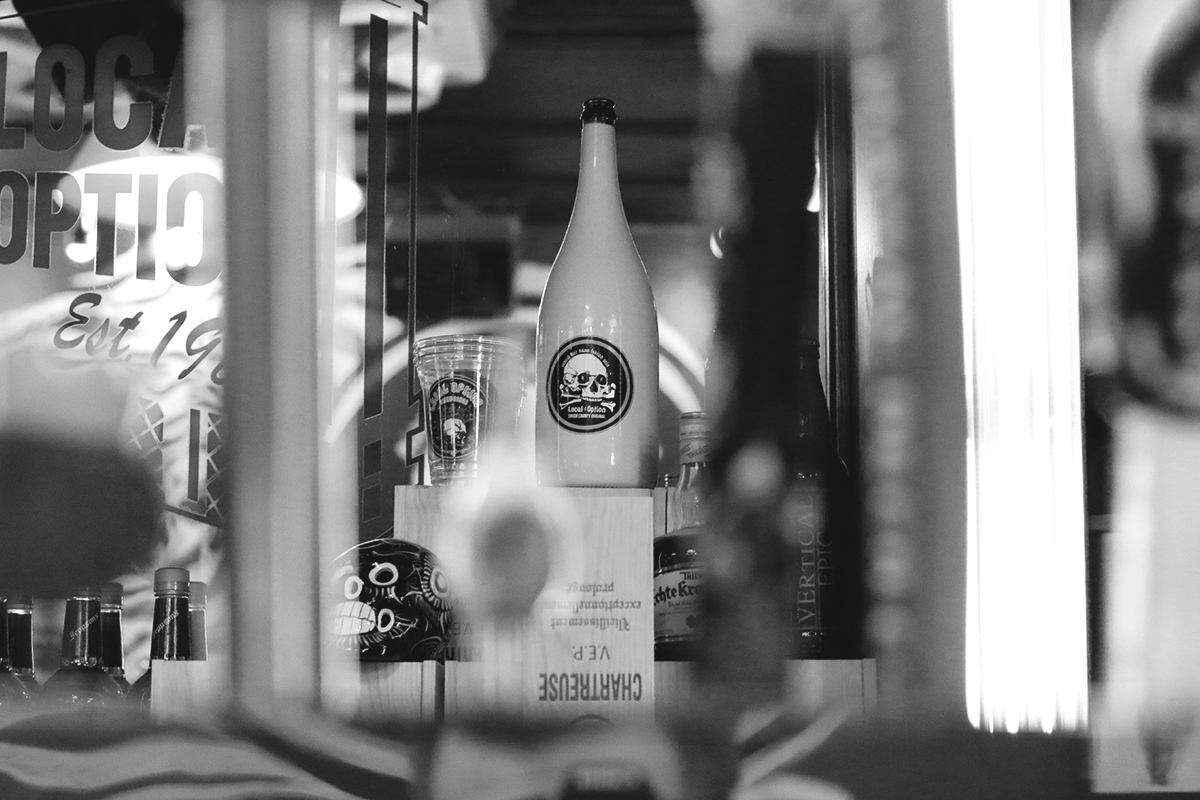 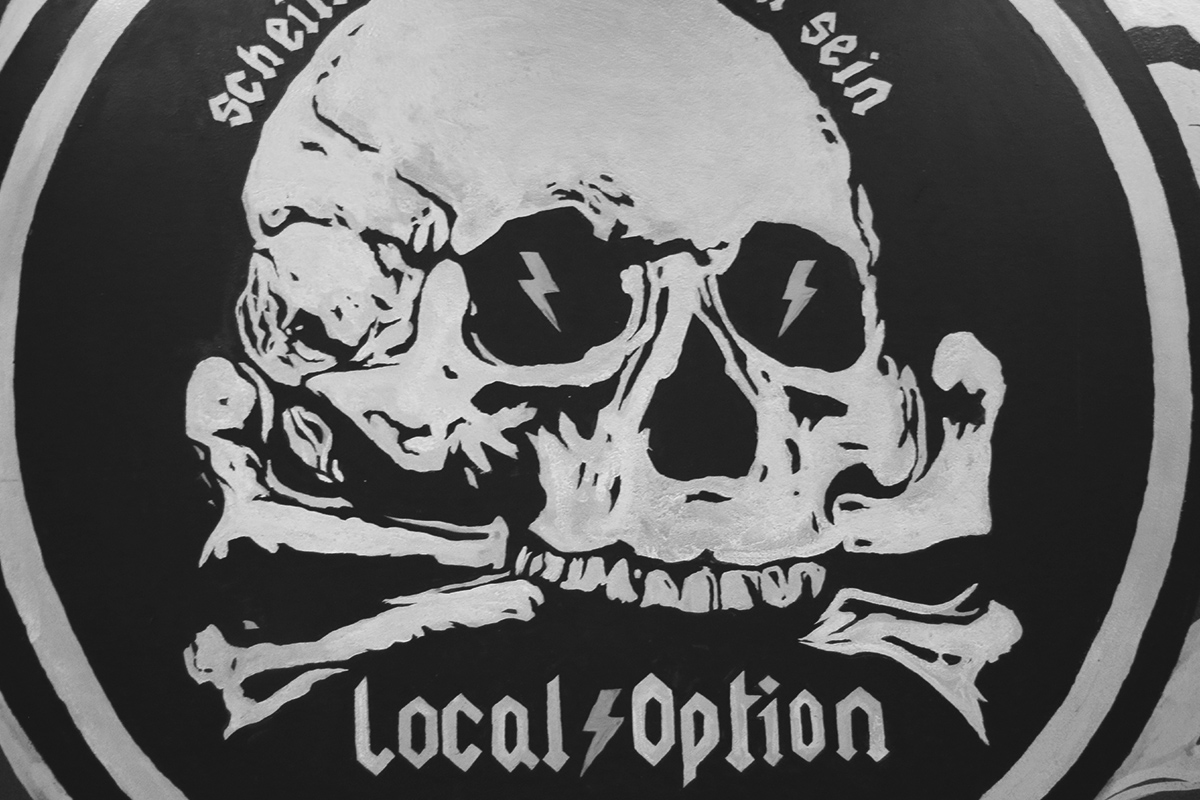 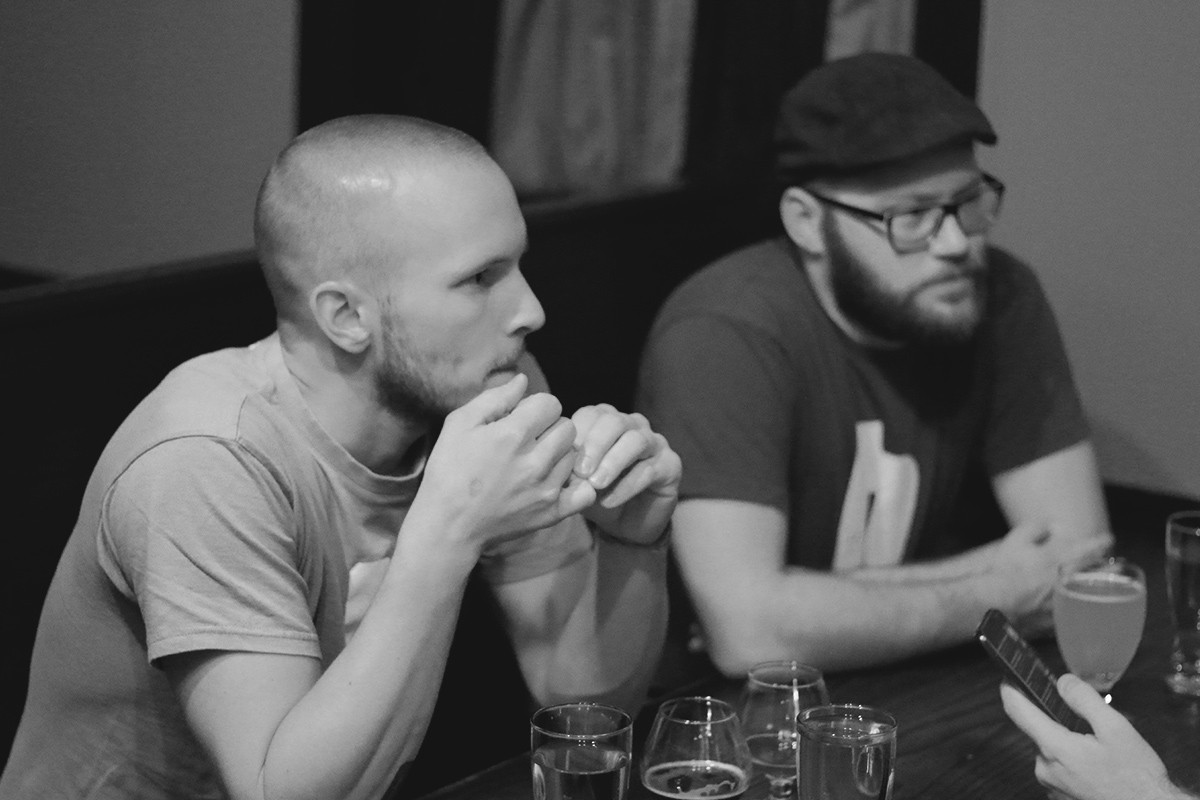 In the US, that would create all kinds of issues with our three tier system. Is that not a problem in Sweden?

AE: It only has to go through one person in Sweden, we can’t sell directly to the customer. You also can’t buy beer above 3.5% unless it’s from a certain store, which is state owned. Every producer is treated equally. There are no advertisements or anything.

Let’s get to the beer. All of your brews utilize Brettanomyces, correct?

AE: We started off doing only Brett beers, like Brett saisons and dry saison style farmhouse ales. Then we started to mess around with barrel fermentation three years ago. That got us infected with bacteria—which was good. We took advantage of it. For two years we only did sours. We couldn’t do any clean Brett beers.

Wait, so you got an outside infection and just decided to go with it?

FE: Christian wanted to do something special because we were invited to an invitational where they wanted us to do something with sour and bacteria. That’s when we started to use the bacteria as an instrument in the brewery.

Well it worked out. Are you now all sour?

AE: It was, up until a year ago when we moved to a bigger facility, with four times the capacity. So now we actually have the new space where we brew 20 HL batches and we still have the old facilities where we ferment with bacteria. We have one Brett facility and one sour facility.

AE: Yea, if we would have been a lager or IPA brewery back then, this souring infection would have hit us harder than it did. We were already into doing stuff with microorganisms and messing around with Brett and bacteria.

Once you had the infection in the brewery, did you start building your beers around their projected flavor outcome?

FE: Something went wrong, so we took advantage of the infection, and built the portfolio around that.

AE: When the contamination happened, we had two beers that were Brett fermented that were not supposed to be sour. But they ended up really good sour beers. We didn’t want to waste them so we just labeled them differently. Back then we didn’t label anything until after it left the brewery, so it was no problem.

Are their traditional Swedish ingredients you use or would like to use in your beers?

AE: We’ve made beer with sea buckthorn, blueberries, rose hips, and a couple other wild grown berries and fruits. It turns out good and it’s nice to do beer with local ingredients.

We there any US breweries that you took inspiration from?

AE: We’re inspired by a lot of other farmhouse and sour breweries in the US. Among them there’s of course Jester King, The Bruery, and New Belgium, just to name a few. 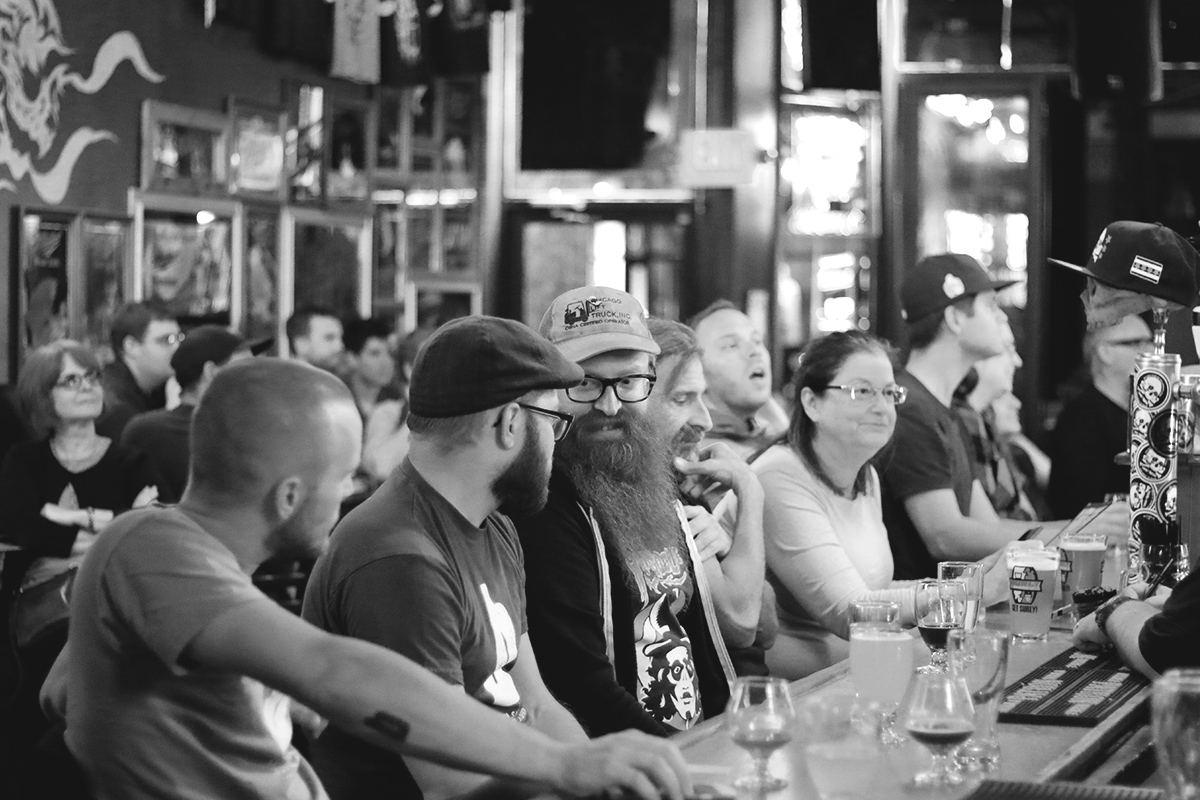 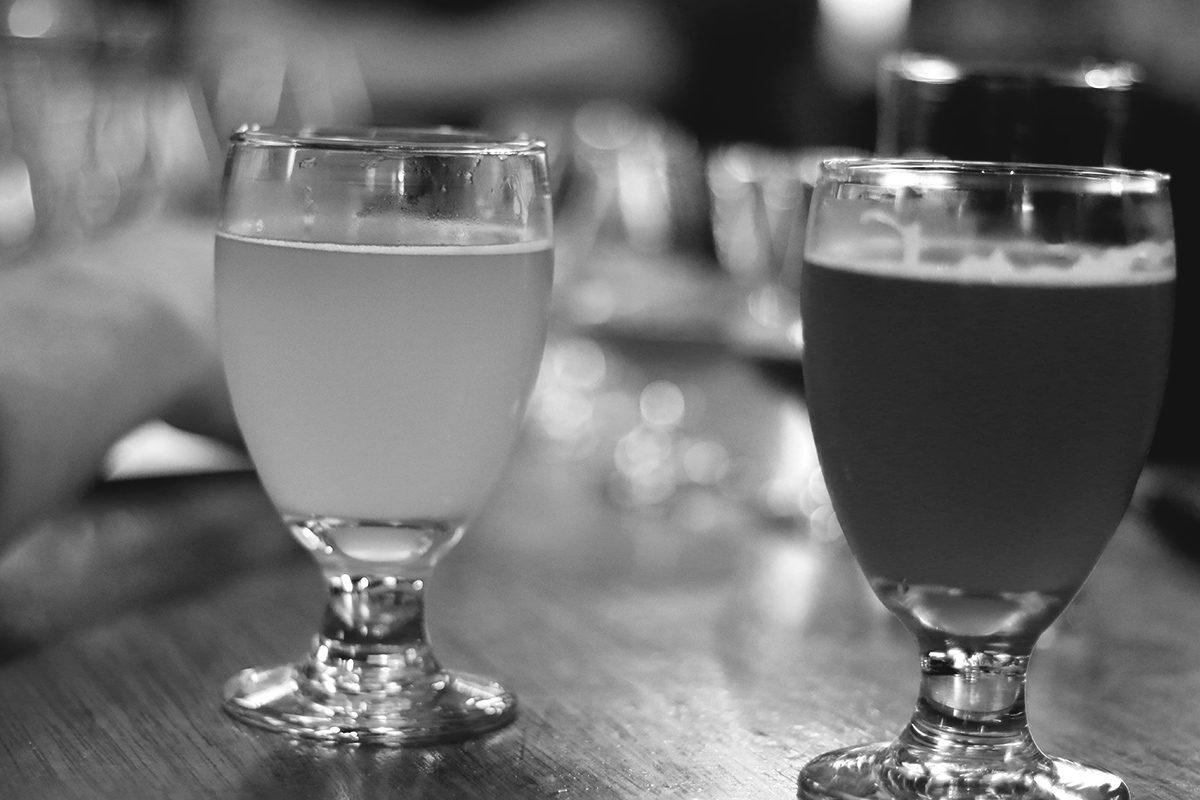 Let’s take a step back. How does the Swedish beer scene compared to what you see here in the US?

AE: Sweden had a lot of breweries up until the 80’s, then a big brand bought everything out. We have only been doing lagers up until 2005 when the first craft beer breweries opened up. Those are the ones that are quite big now. It wasn’t really until 2010 that the craft beer scene really got off.

FE: Most brewers are inspired by what is going on in the US.

AE: It’s not very extreme, it’s more of a wider selection of styles. The common Swedish craft brewery, a small local brewery, has their pale ale, their brown ale, their IPA.

AE: It’s basically the same. We don’t have an influence from the German brewing experience — the craft beer scene is basically like the US 15 years ago. Five years ago there were around 80 breweries, now we are hitting 250. It’s rapidly growing.

FE: There’s a lot of experimenting with styles that haven’t been tried before in Sweden.

AE: Actually now, a lot of kettle sours and Berliner Weiss are becoming popular. That is of course more similar to what we are doing, except we are doing it with live bacteria.

There are a few breweries in Chicago, you would really relate to. Here, there’s can be a fatigue for big IPAs and Russian Imperial stouts. Drinkers want something different, and your beer fits that bill.

AE: That is a hard thing for us, creating something that stands out in the US market. There are already some really good sour breweries, and trying to compete is hard.

It doesn’t sound like your plan is to have your beer in every bar in Chicago or other cities.

AE: We don’t have a large production brewery pumping out beer. We have a really small system, so we want to be selective with people who really want to sell this small amount of beer.

What’s another Swedish or Scandanavian brewery that’s doing something exciting?

You should definitely look up Brewski and Beerbliotek — two very competent breweries with high quality and a lot of funny ideas to get the craft beer scene moving in the right direction. Alefarm from Denmark is also a brewery to keep an eye on. They’re also about to do a huge expansion within the next couple of months. 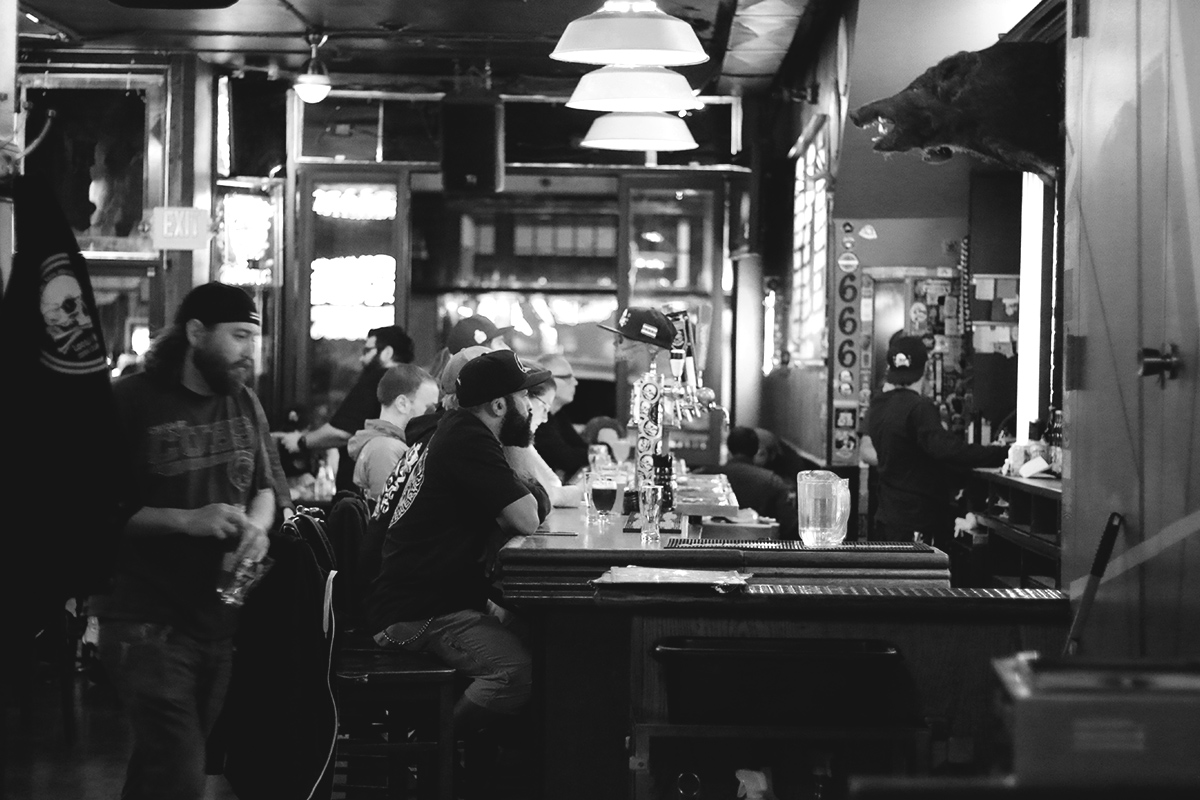 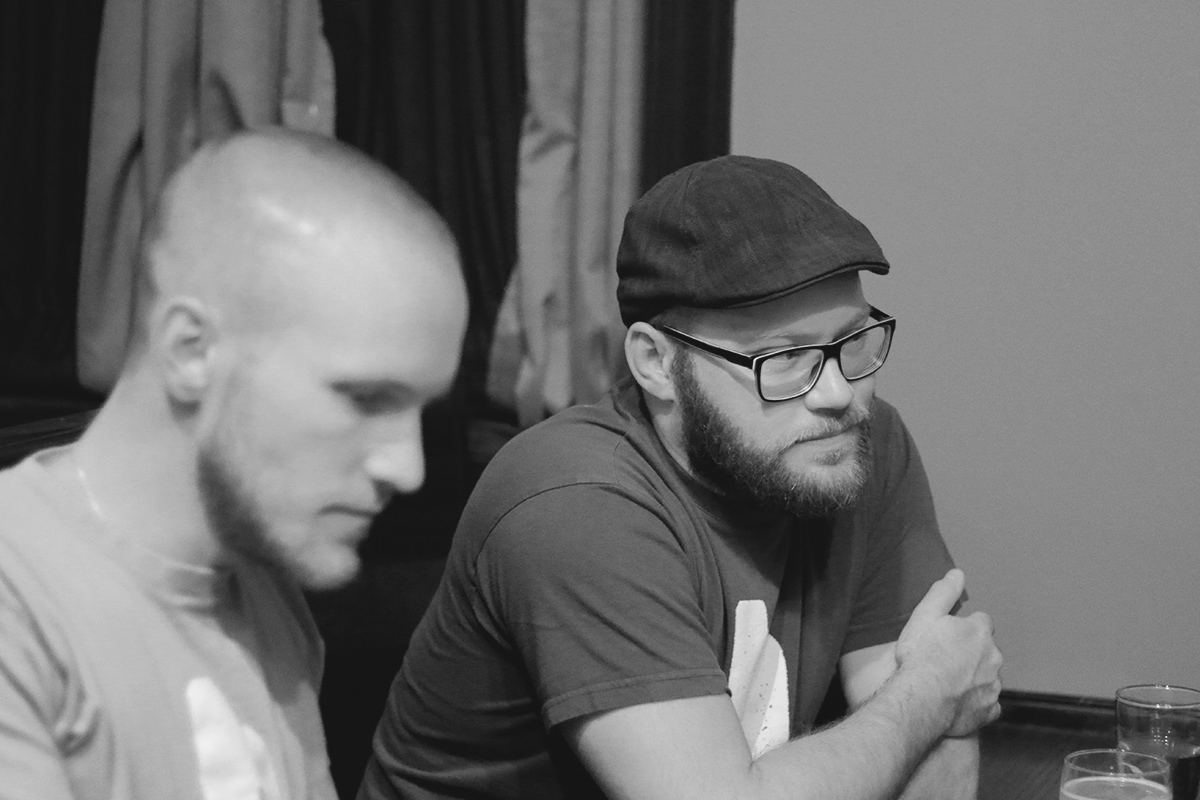 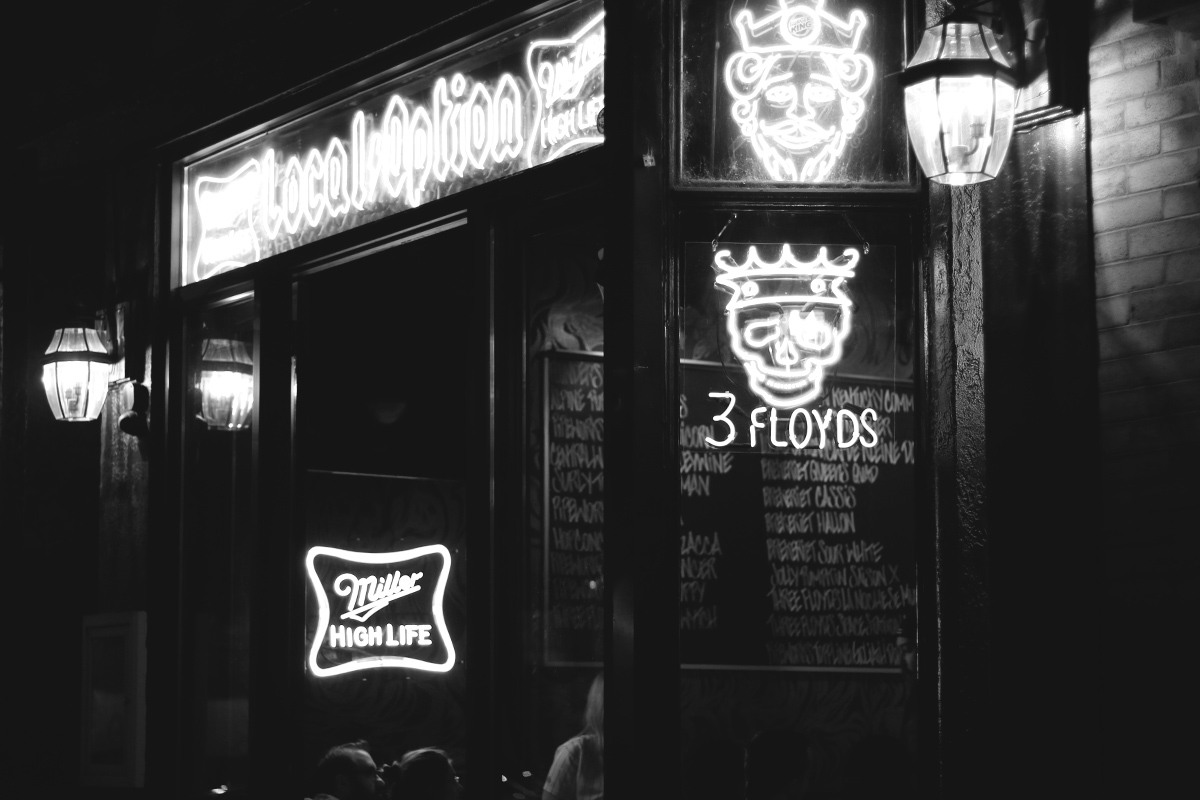 Is there anything in Chicago you’re really excited to try?

FE: We were really excited to check out the Chicago blues scene. We were at Kingston Mines last night.

AE: We had a great time drinking whatever beer they had and just enjoying the blues.

FE: All three of us grew up with music.

AE: Fredrik was a freelance sound engineer before opening the brewery. But as for beer, we were excited for Pipeworks and to see their brewery. We brewed a beer with them that should be in the market in spring. Also going to check out Goose Island because we are here and I know a guy that works there. We may need to buy an extra suitcase. We brought a lot back from Pipeworks, but we are only aloud to bring a certain amount back.

If we went into a bar in Sweden, how much would one of your beers cost?

AE: Maybe $10. We’re expensive for a Swedish brewery, but it’s also because of the fermentation time and everything.

AE: At the moment we’re expanding and would love to sell more beer to the US. But we’re also looking for other markets to export to — mainly in Europe.

If you are drinking at home, and not your own beer, what are you drinking?

FE: Right now it is chilly in Sweden, so I’m drinking something I can have around the fireplace.

AE: I’m drinking something hoppy all year round. 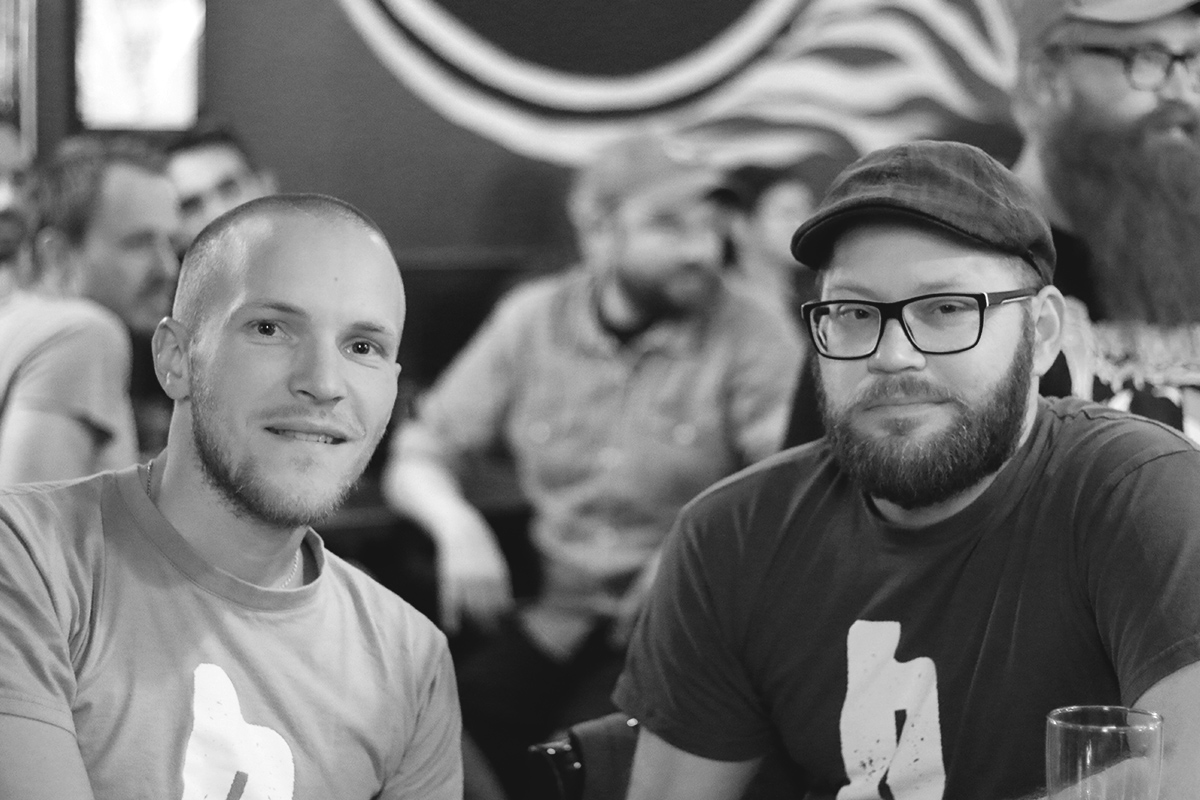 A huge thanks to Fredrik and André for taking time out of their busy US tour to share some stories and beers with us. Thanks also to Alexi Front and Local Option for hosting us during a crazy Cubs playoff game. Be sure to keep your eyes open for the wild brews from the brothers Ek. 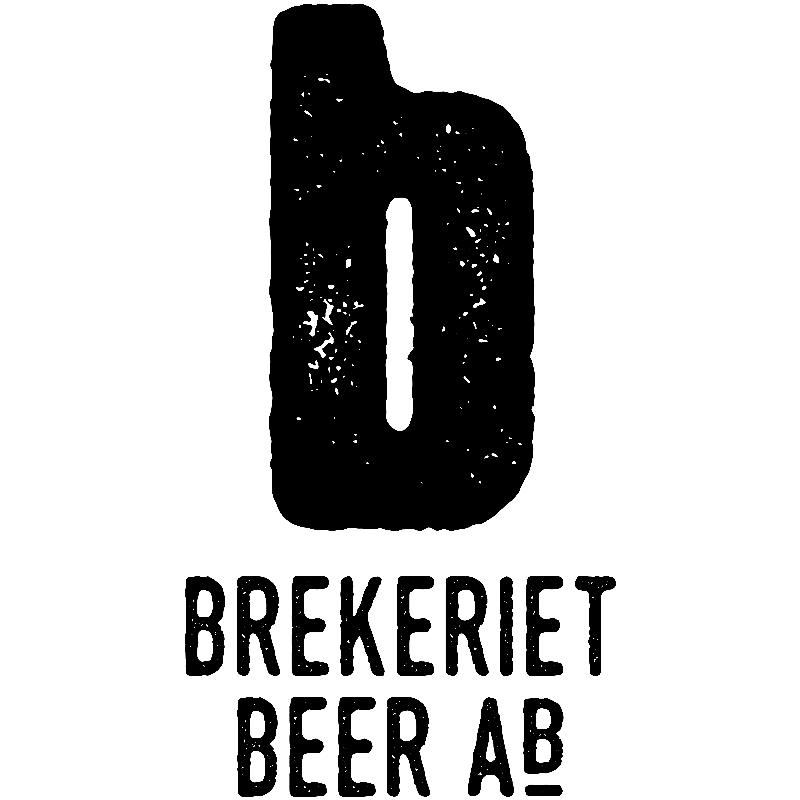