If you’ve ever reached for an cold pilsner at any point in your drinking career–and if you’re reading this, there’s no doubt you have many times–there’s but one brewery you can give thanks to: Pilsner Urquell. The Czech mainstay literally invented the golden lager style we know so well today, back in 1842. Since then, only six brewmasters have been at the helm of the storied Pilsen brewery, appointed with maintaining quality and consistency. Doing so, while tackling growth and modernization of the historic operation.

That current man-in-charge is Vaclav Berka, a third generation brewmaster at Pilsner Urquell. We asked Vaclav what challenges exist in brewing such world-famous beer, the importance of quality ingredients, what his father taught him, and how Pilsner Urquell will last another 175 years. 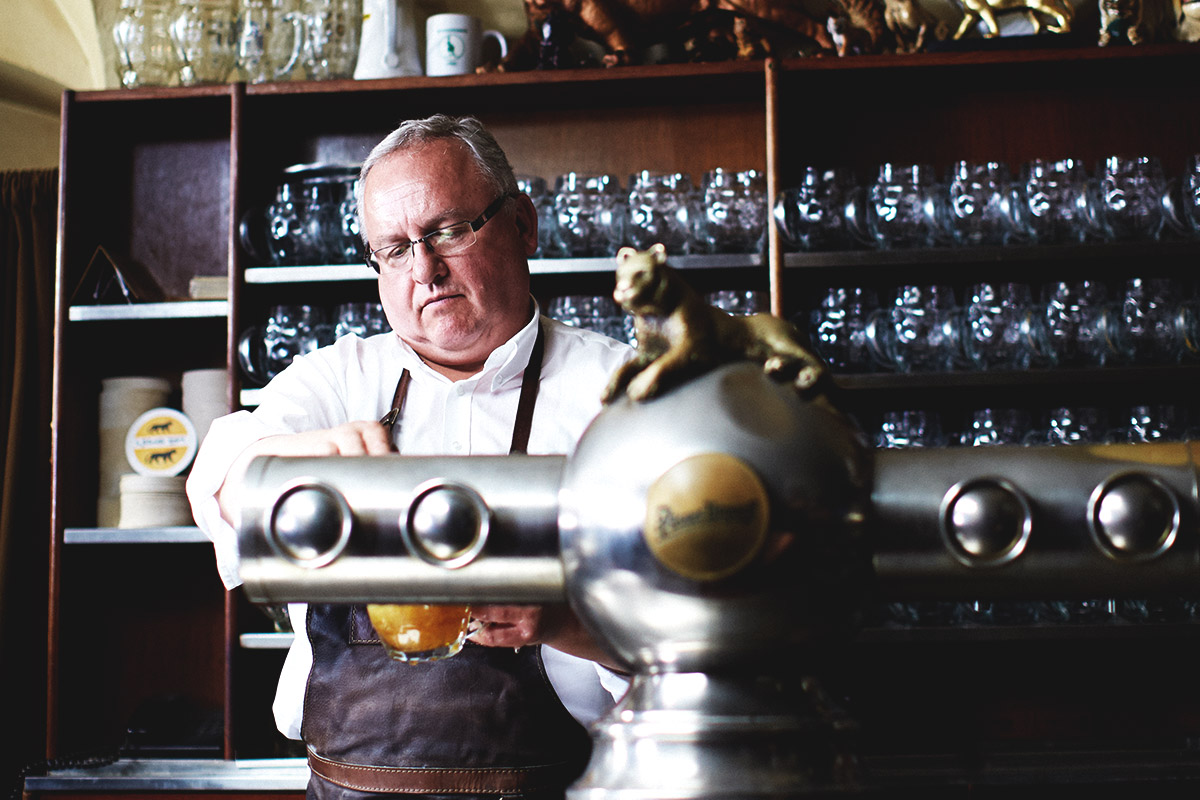 You’ve now worked at the brewery for over 45 years. That’s no small feat.

I’ve worked for Pilsner Urquell full-time for 36 years. But prior to my official start, I worked for the company during summer holidays for 9 years. I studied fermentation in high school and university–and part of this study was practicing at the brewery. I brewed my first batch of Pilsner Urquell in 1971.

How do you manage the expectation of consistency, heading such a synonymous brand?

To achieve proper consistency, we use only the best ingredients–including our own water–which is of the highest quality and must reach parameters higher than those set for small children’s drinking water. Other ingredients include Czech and Moravian barley (which is steeped, germinated, kiln-dried and ground in our own malthouse), and Saaz hops–the best hops in the world–which give beer not only bitterness, but a nice aroma. For brewing we use the traditional recipe, which is close to 174 years old. We utilize a triple-mash decoction process, which is done in copper kettles, heated over open flames. For fermentation, we have a special strain of yeast and to be sure that the yeast is safe, we store it in four places around the world in microbiological institutions in Plzen, Prague, London and Johannesberg. 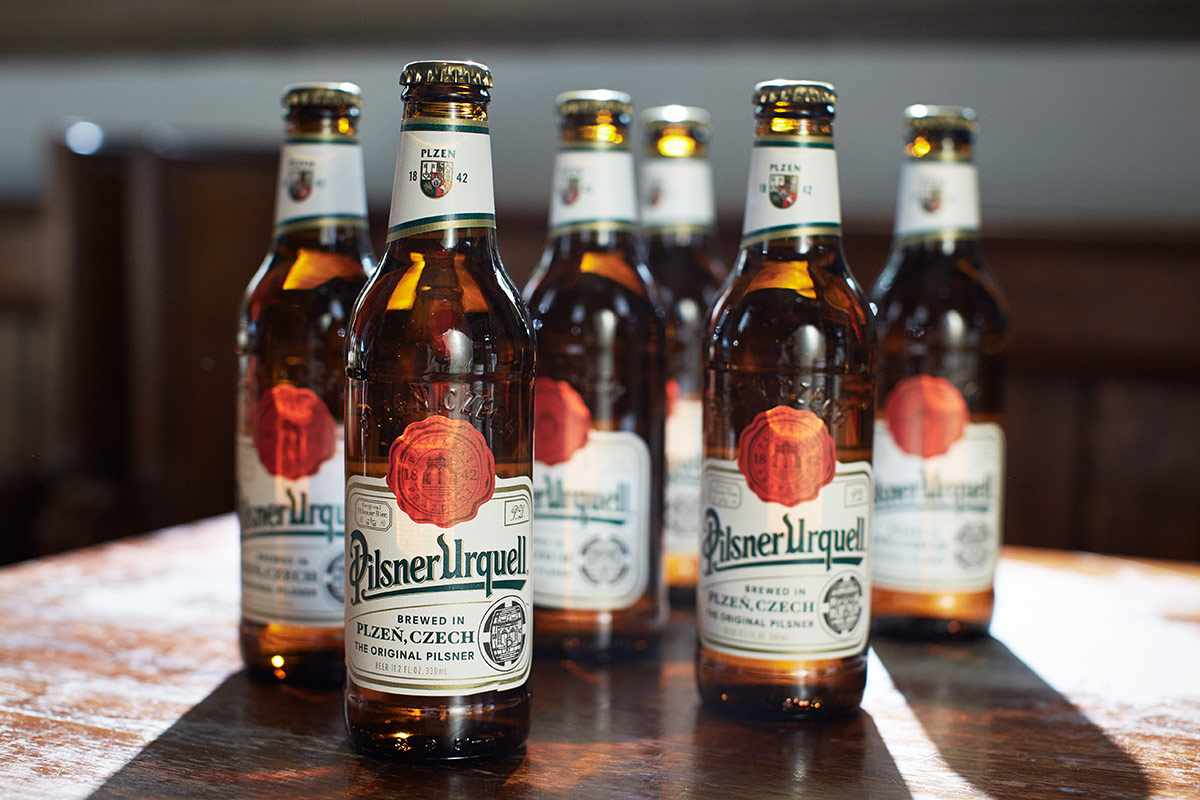 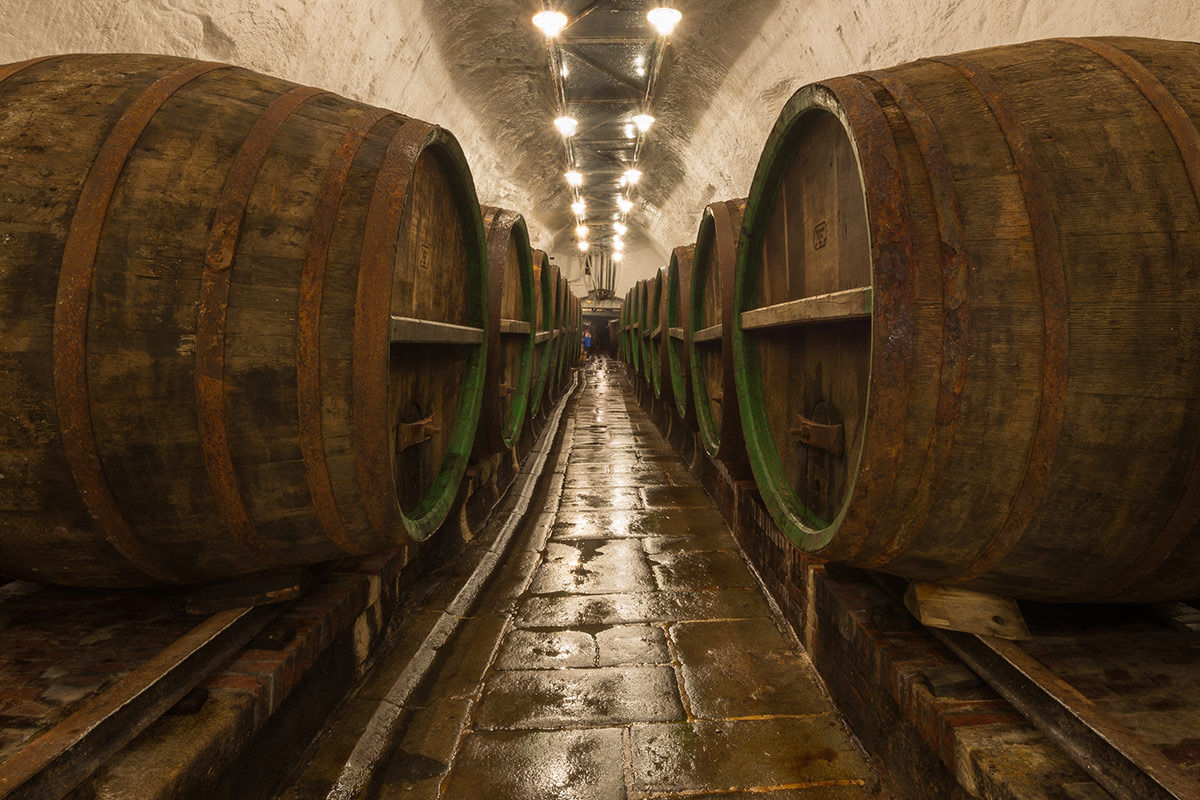 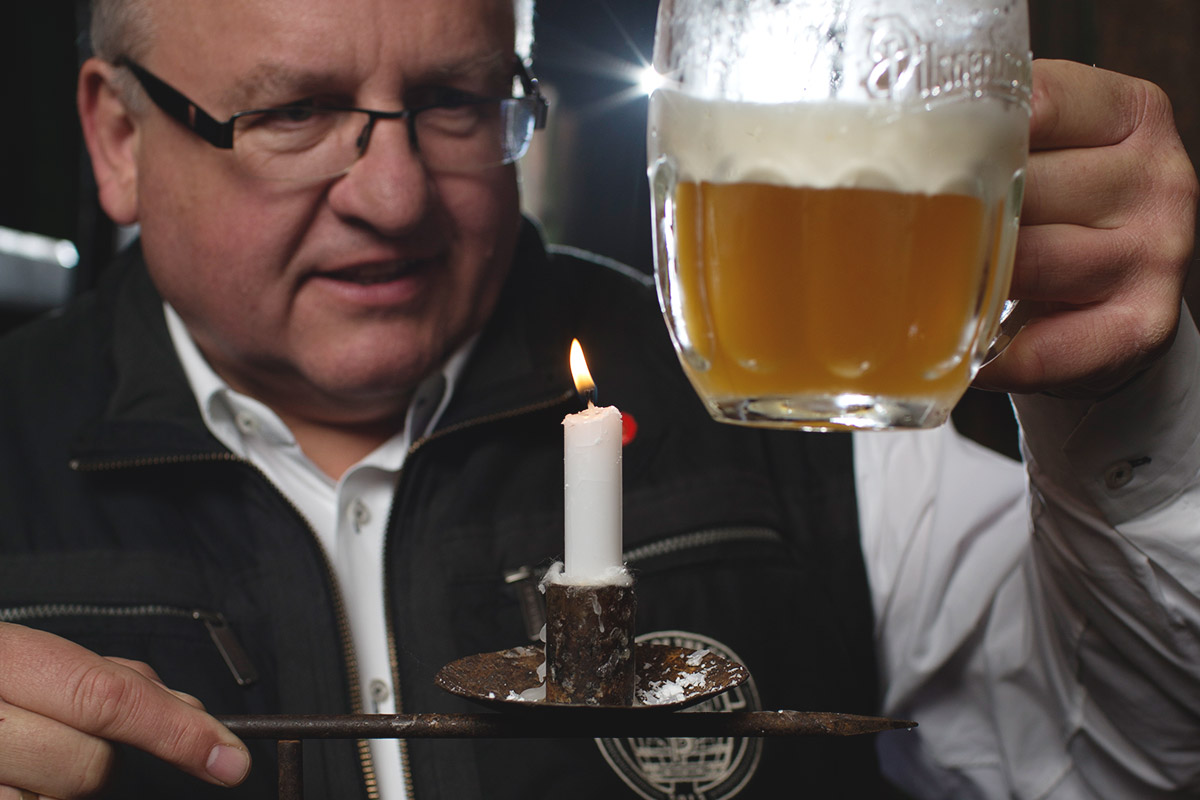 What type of modern processes do you implement for such a storied recipe?

We have a very traditional recipe and ingredients, but the equipment we use for brewing is as modern as possible. During the brewing process, we’ve done more than 200 analyses in order to ensure consistency. We still have a department where we conduct parallel brewing, where we complete the fermentation and maturation processes in wooden casks in a cellar underground, just as Pilsner Urquell was originally lagered in 1842. We have had a chance to compare the product with that produced in the stainless steel equipment we now use to ensure that the beer tastes the same.

Describe the differences between fermentation and maturation.

Fermentation and maturation are separate processes. Fermentation is done at a temperature up to 10 degrees Celsius (50 F) and during this process malt extract is converted to alcohol and CO2. Maturation is done at a temperature of about 0 degree Celsius. Maturation leads to finalizing the taste and aroma of Pilsner Urquell. The total process from beginning to end takes about 5 weeks, which is the same amount of time that our first brewmaster, Josef Groll, took in 1842.

What are the challenges of making pilsners?

The huge challenge is that Pilsner Urquell is the founder of the category–of all pilsners around the world. And we need to protect this original Pilsner Urquell for future generations. We know that Pilsner Urquell is very sensitive to proper carrying and transportation, and our huge objective, or challenge is to train all the people in the supply chain how to care about it properly so that a beer drinker on the other side of the world will have a similar experience to that which the brewmasters have in the brewery tasting the beer. 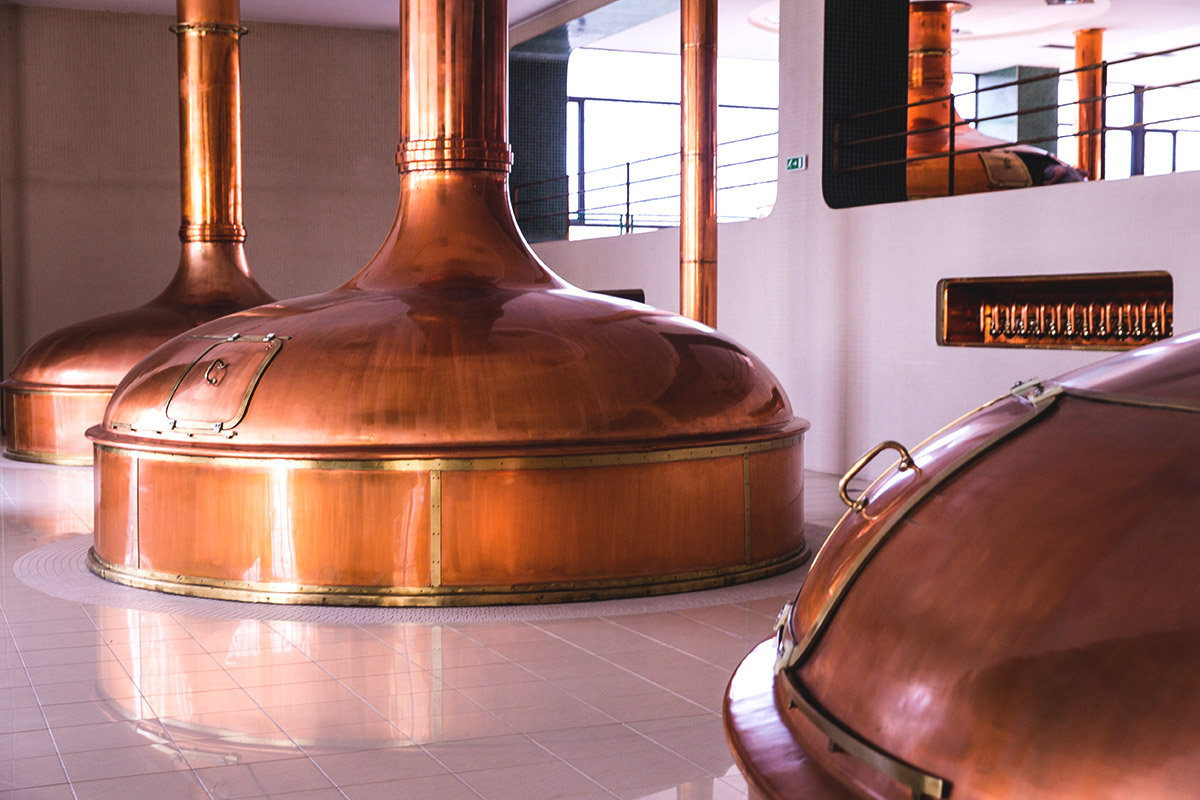 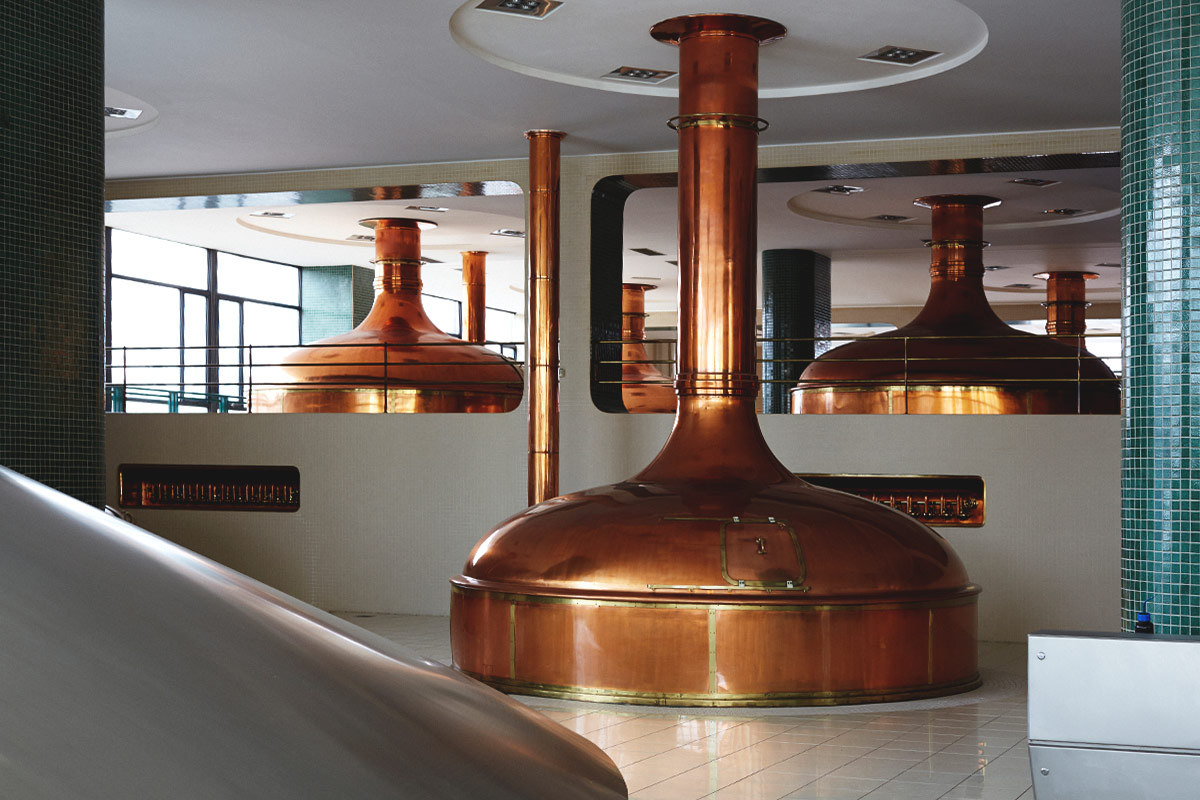 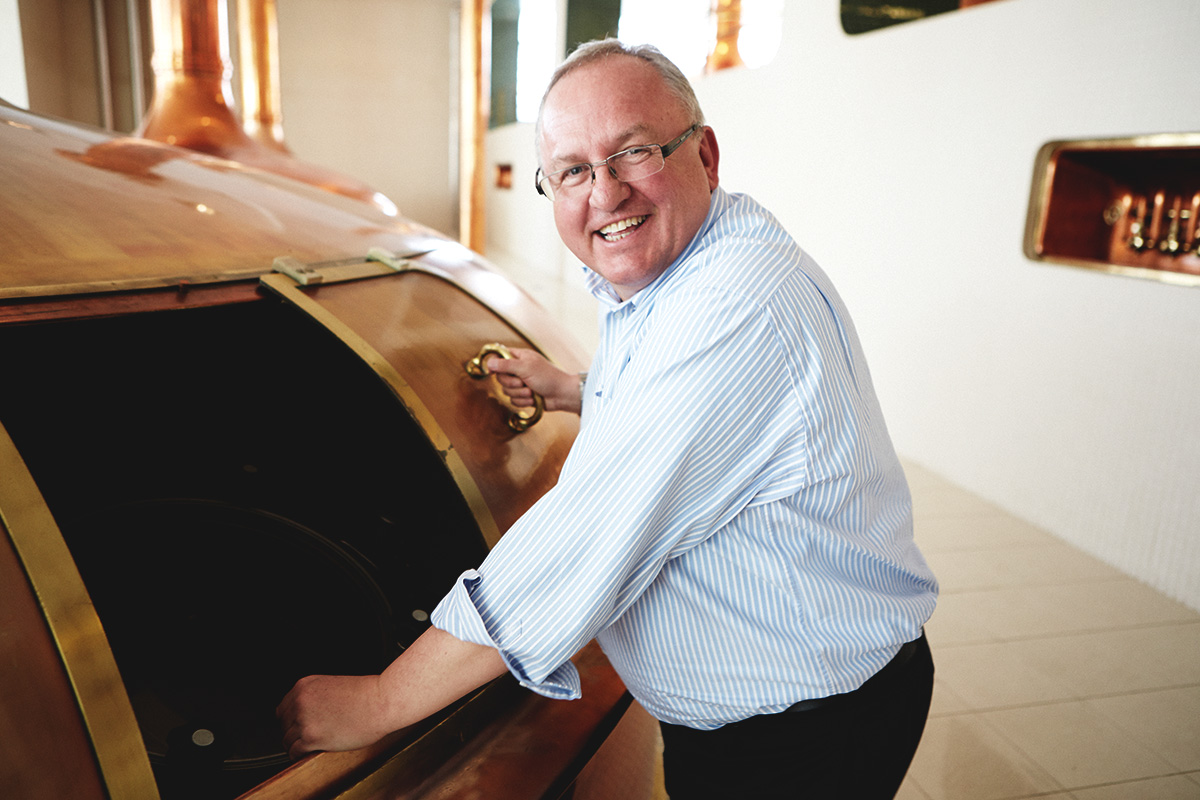 What do you think is missing from the Czech beer scene, if anything?

The Czech beer scene is changing. In the past, we had 99% lagers, but now the beer portfolio is very diverse. This is not just due to small breweries. For example, Pilsner Urquell has a special program for our best bars and restaurants in Plzen, and we send them a different type of beer every month–for example, wheat beer, ale, stout, IPA, etc. This program is called “Brewmaster’s Choice,” and has started to become more and more popular. Other drinks, such as cider, have come to our market as well and appeal to another category of consumers.

Do you think there is room to ever collaborate with any modern craft brewers?

In the US, Pilsner Urquell has organized homebrewing competitions, where the winner of the competition traveled to Pilsner Urquell and brewed there with me in our microbrewery–which can be thought of as a brewery lab. The competition was held in major cities including New York, San Francisco and Chicago. In the Czech Republic we also collaborate with many craft brewers around Plzen, by selling them our Pilsner malt.

Are there any U.S. breweries that you admire?

Yes, I admire all breweries–not only those in the U.S.–that are producing excellent-quality beer.

Are there other beer styles that you gravitate toward, aside from lagers?

I recently attended the World Beer Cup in Philadelphia as a judge, where I tasted a few hundred different beer samples in many styles. Of course, I prefer lagers, but I try to taste all types of beers on tap. 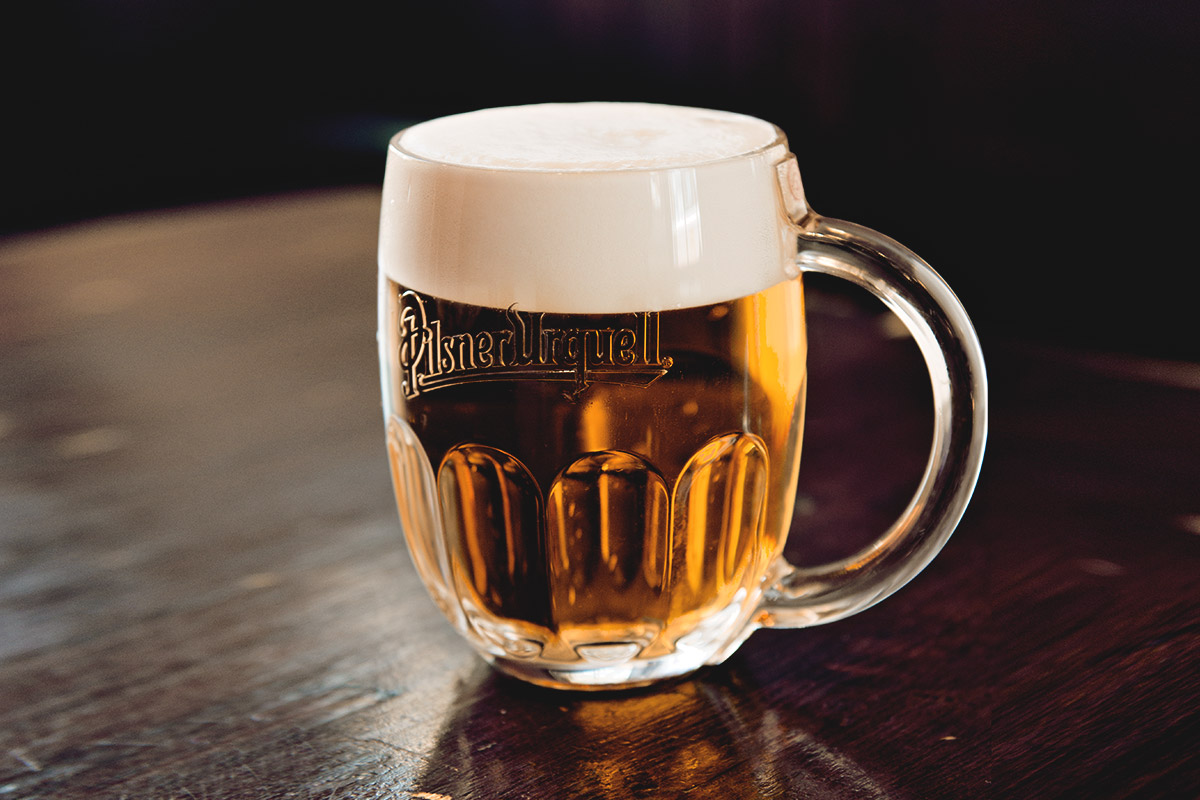 What is one thing your father taught you about brewing that has stuck with you?

What will help Pilsner Urquell last another 175 years?

The way to prolong–or repeat–our history is through hard work; including focusing on the quality of the beer, continuing to use excellent ingredients and maintain our processes. And present Pilsner Urquell as the pilsner of the highest quality. Additionally, to ensure our success, we need many well-educated consumers, like those I met during the World Beer Cup and Craft Brewing Conference in Philadelphia.

And, God bless us! 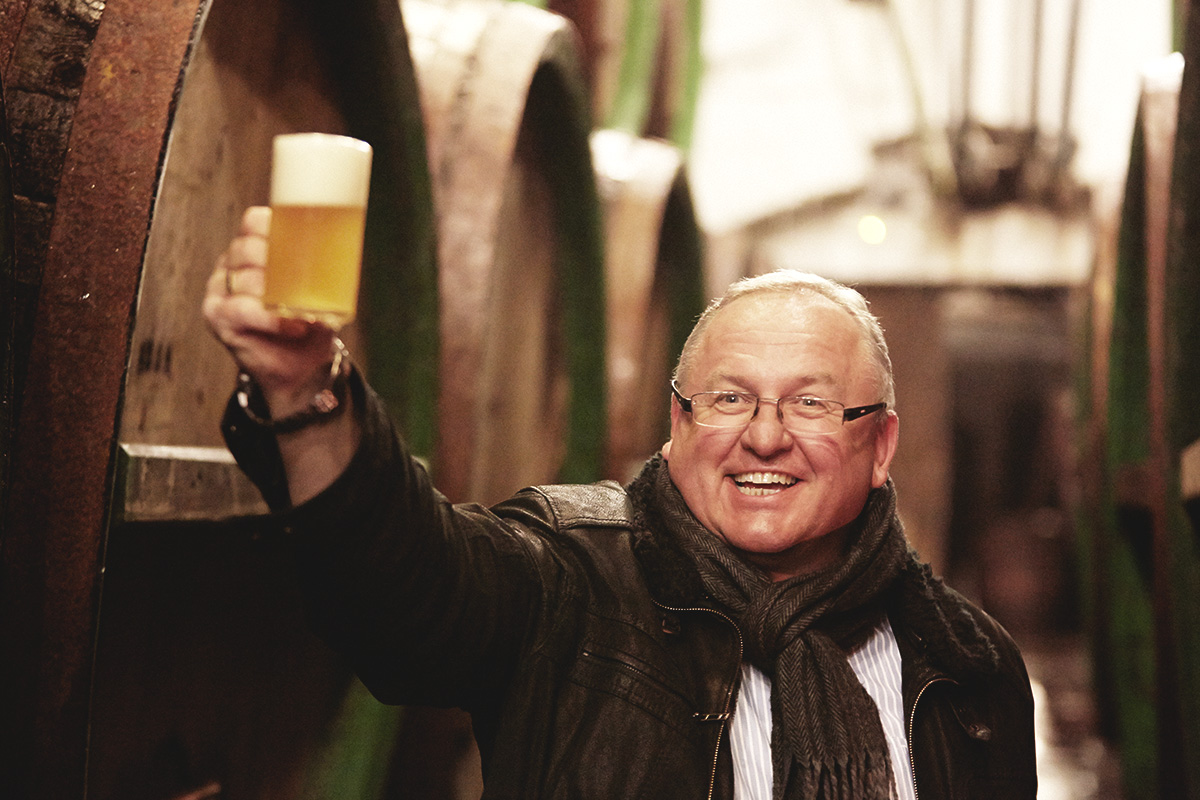 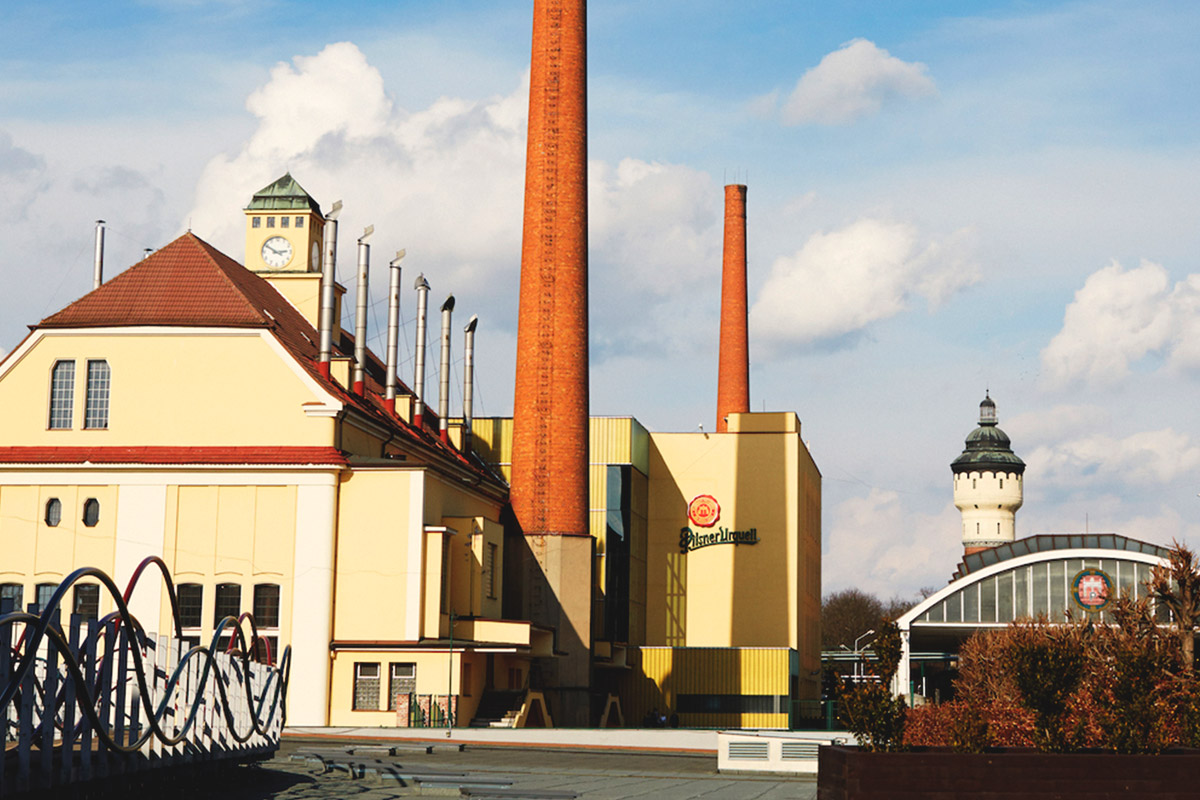 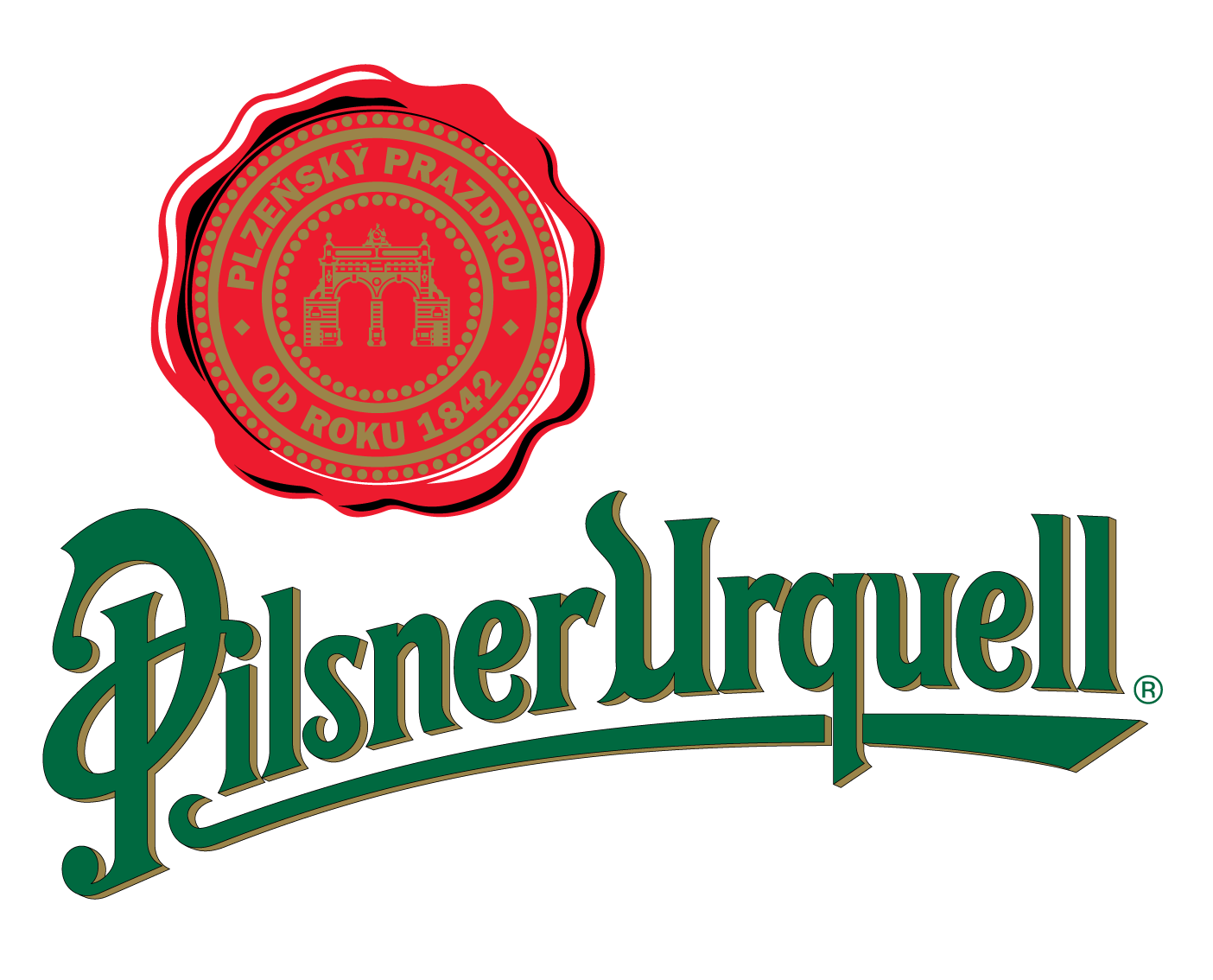